Sara Macel: May the Road Rise to Meet You by Aline SmithsonSeptember 13, 2013 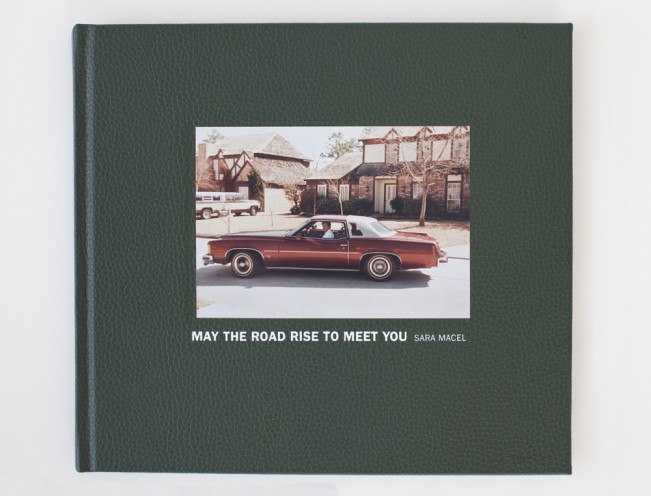 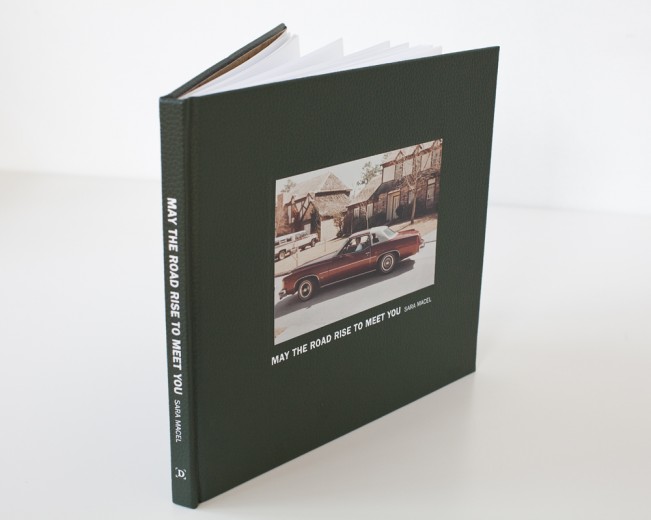 A big congratulations to Sara Macel for her new monograph, May the Road Rise to Meet You.  The book is a poignant narrative, in collaboration with her father, focusing on his career as a traveling telephone pole salesman. In a culture of created celebrity, her project is a wonderfully refreshing celebration of an ordinary, hard working father, resulting in the reality that his lifestyle feels more exotic than those found on tv.  Her monograph can be purchased here.

The book will be launched on Saturday Sept 21 as part of Photoville in Brooklyn, with an Artist Talk and Book signing Saturday, Sept. 21, 6:00 – 7:00pm. This presentation will take place in the Photoville Talk Area – located at the storefront of One Brooklyn Bridge Park at 360 Furman St Brooklyn, NY 11201.  Sara’s work is also included in the exhibition, “Family Matters – Photography in Close Relation” featuring Sara Macel, Henry Jacobson, Katie Murray, and Sarah Christianson. Sara currently has a solo show of May the Road Rise to Meet You that runs through Oct 20, 2013 at the Daylight Project Space in Hillsborough, NC and is in a group exhibition, Road Trip, through Jan 5, 2014 at the Hickory Museum of Art in Hickory, NC.

Sara is a Brooklyn-based photographer and educator. She received her BFA in Photography + Imaging from New York University’s Tisch School of the Arts in 2003, where she received the Tobias Award for her project titled “Kiss + Tell.” Her first solo exhibition was on display at +Kris Graves Projects in Brooklyn, NY in 2009. Sara earned her MFA in Photography, Video & Related Media at the School of Visual Arts in 2011. That same year, she was named a winner in the Magenta Foundation Flash Forward competition, as well as a Top 50 Photographer in Photolucida’s Critical Mass Award, finalist in FotoVisura Spotlight Awards, and honorable mention at the New York Photo Awards. In 2012, she was named best in show at Photobook 2012! at Davis Orton Gallery in Hudson, NY and winner in the New York Photo Festival Invitational for her self-published monograph “May the Road Rise to Meet You,” which will be published by Daylight Books in the Fall of 2013. Her work has been widely exhibited and is in various private collections, including the Cleveland Museum of Art, ICP’s Library, Harry Ransom Center, and the Center of Photography at Woodstock. Sara currently teaches photography at Rockland Community College.

May the Road Rise to Meet You

For the past forty years, my father has traveled around America as a telephone pole salesman. May the Road Rise to Meet You is a visual narrative of his professional life, recreated as a collaboration between father and daughter in an attempt to understand the life he has led separate from our shared family experience and to explore the sadness and the freedom of a life spent alone on the open highway. 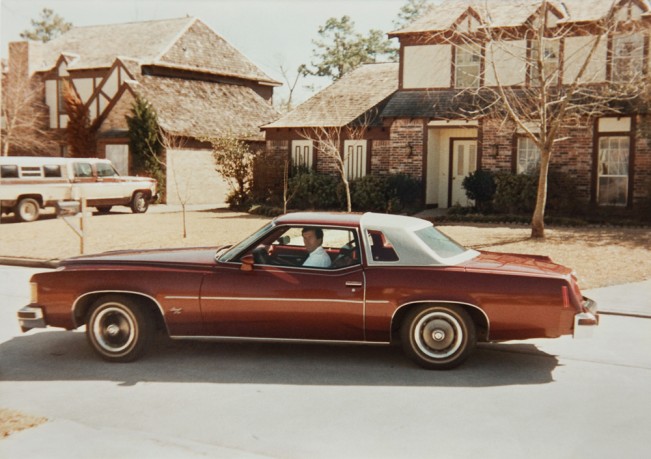 We were traveling north on I-45 through Texas, when I asked my dad what it was like dealing with customers. He told me: “There’s that old saying that you don’t know someone until you walk a few miles in their moccasins.” It was in that spirit that I put myself in my father’s size 10 boots. What I found in chasing this enormously elusive male figure is that I can never fully know my father or what it is like to be a man alone on the road. 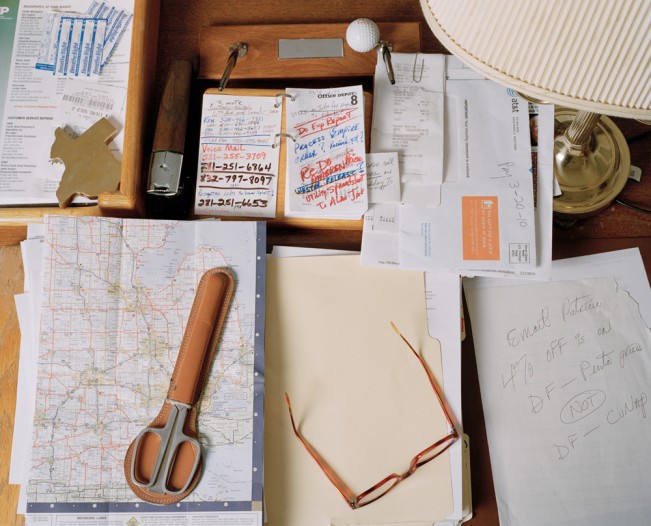 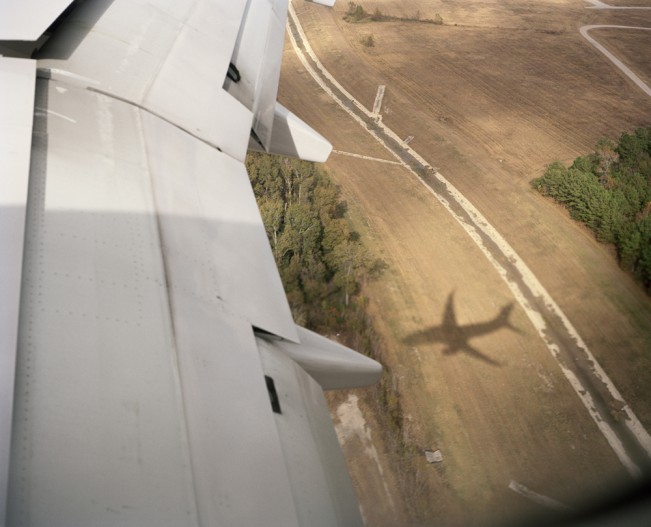 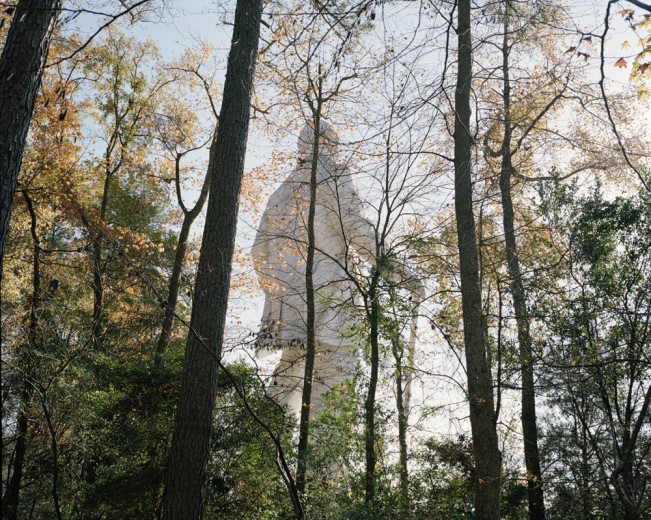 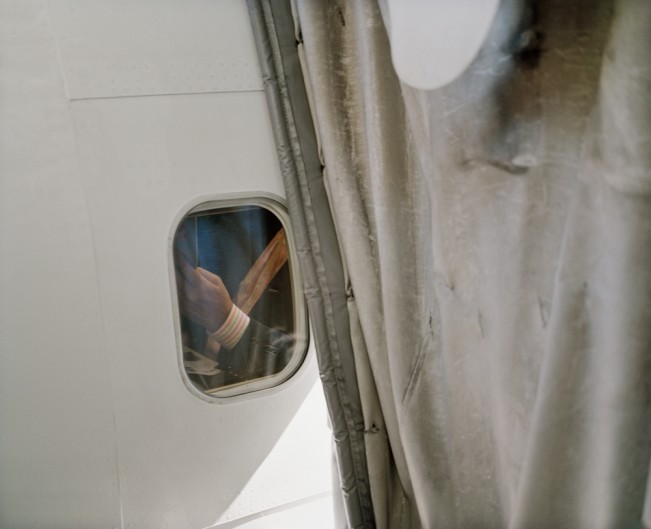 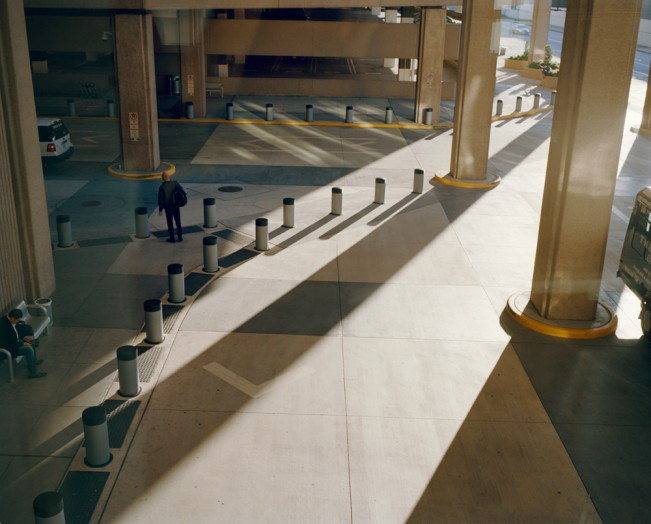 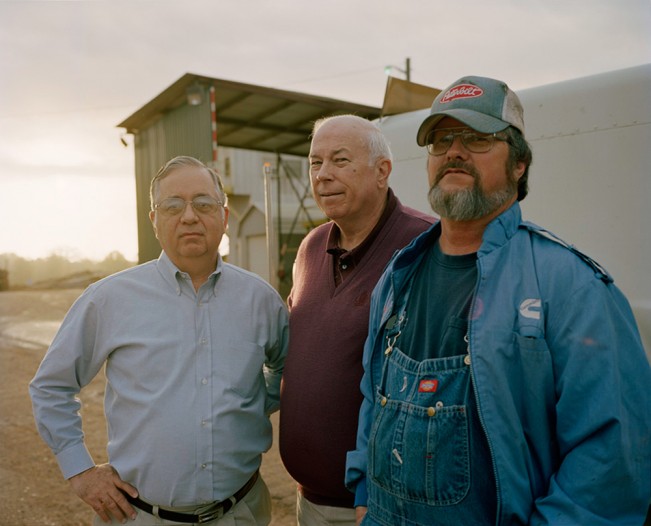 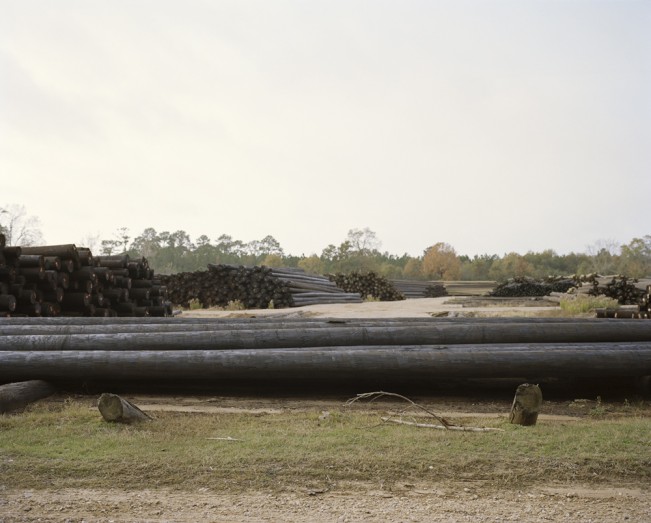 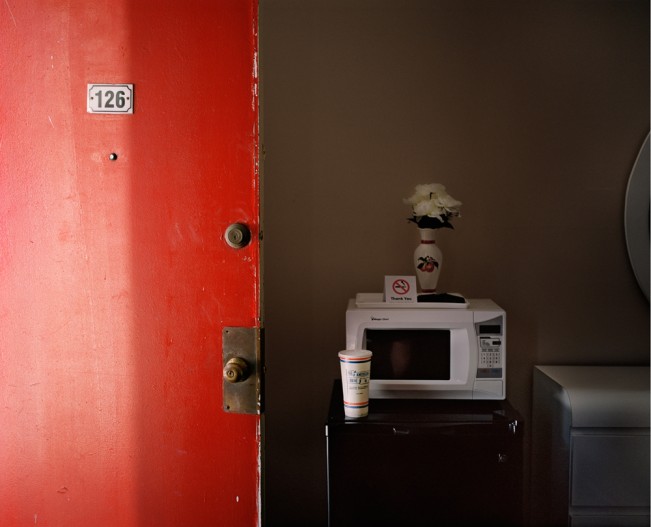 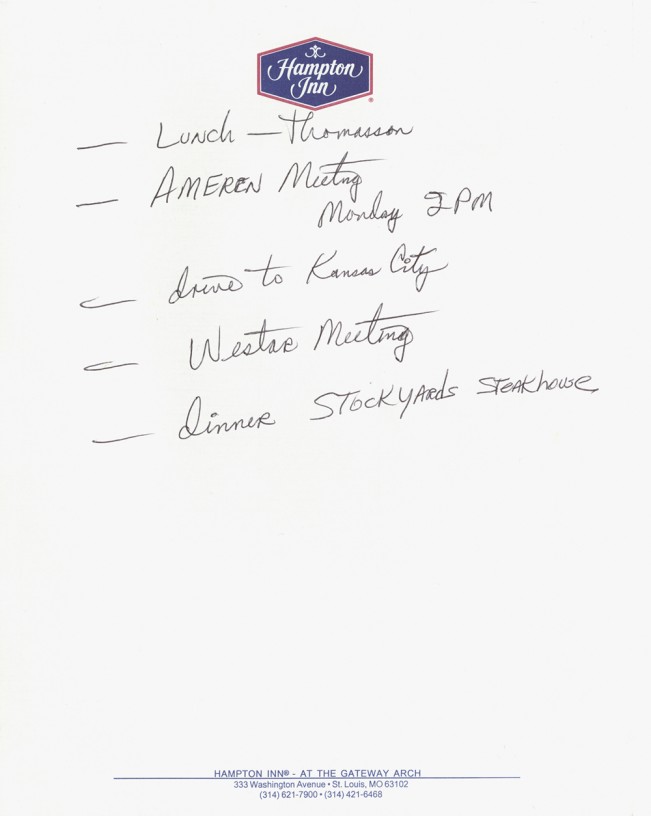 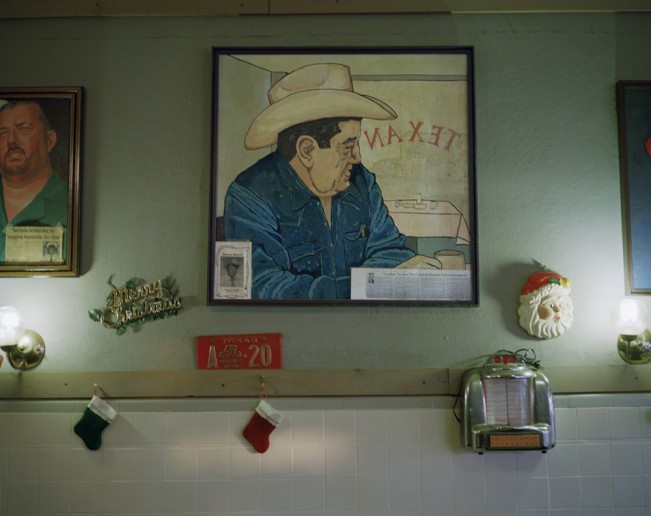 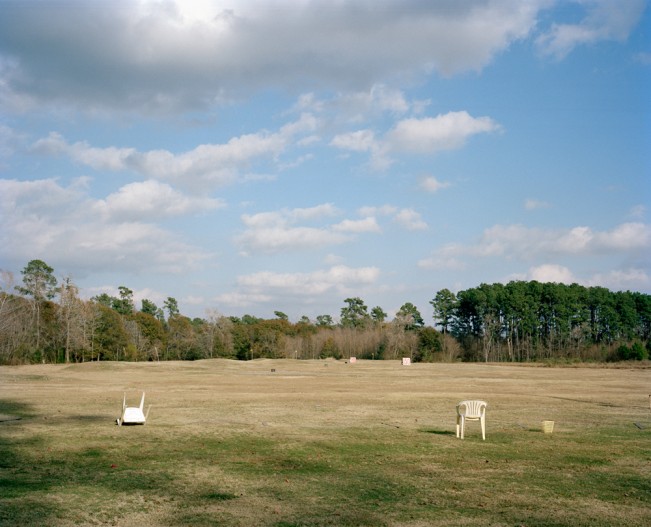 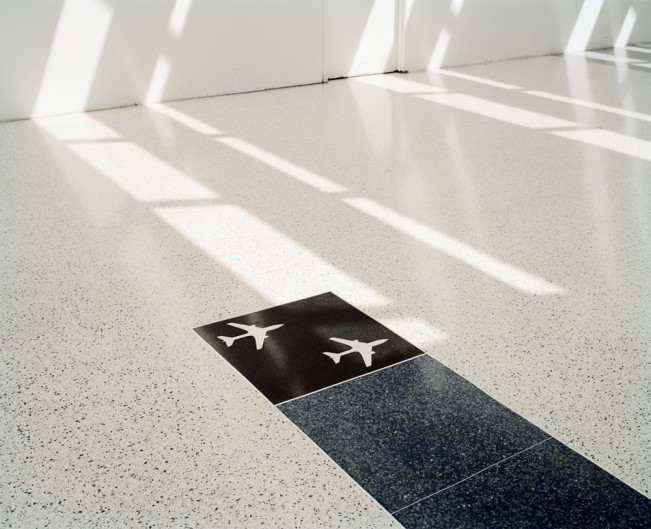 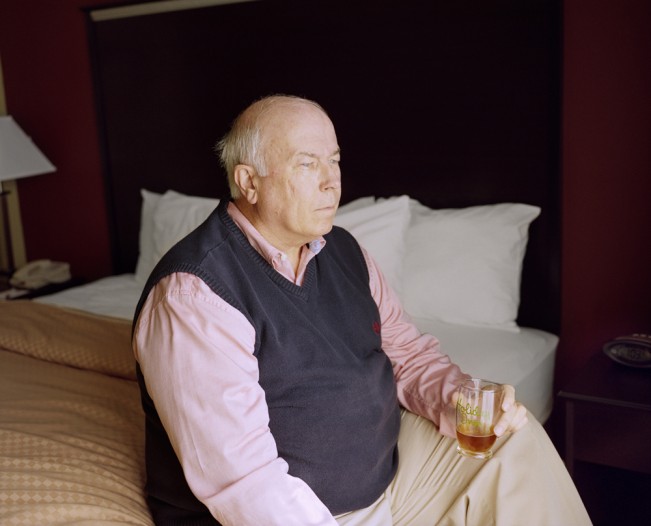 NEXT | Bring The Great Picture to New Orleans >
< Jill Peters: Sworn Virgins of Albania and The Third Gender | PREV