Ara Oshagan and Collaborators: Landscape of Memory: Witnesses & Remnants of the Armenian Genocide by Aline SmithsonMay 28, 2017 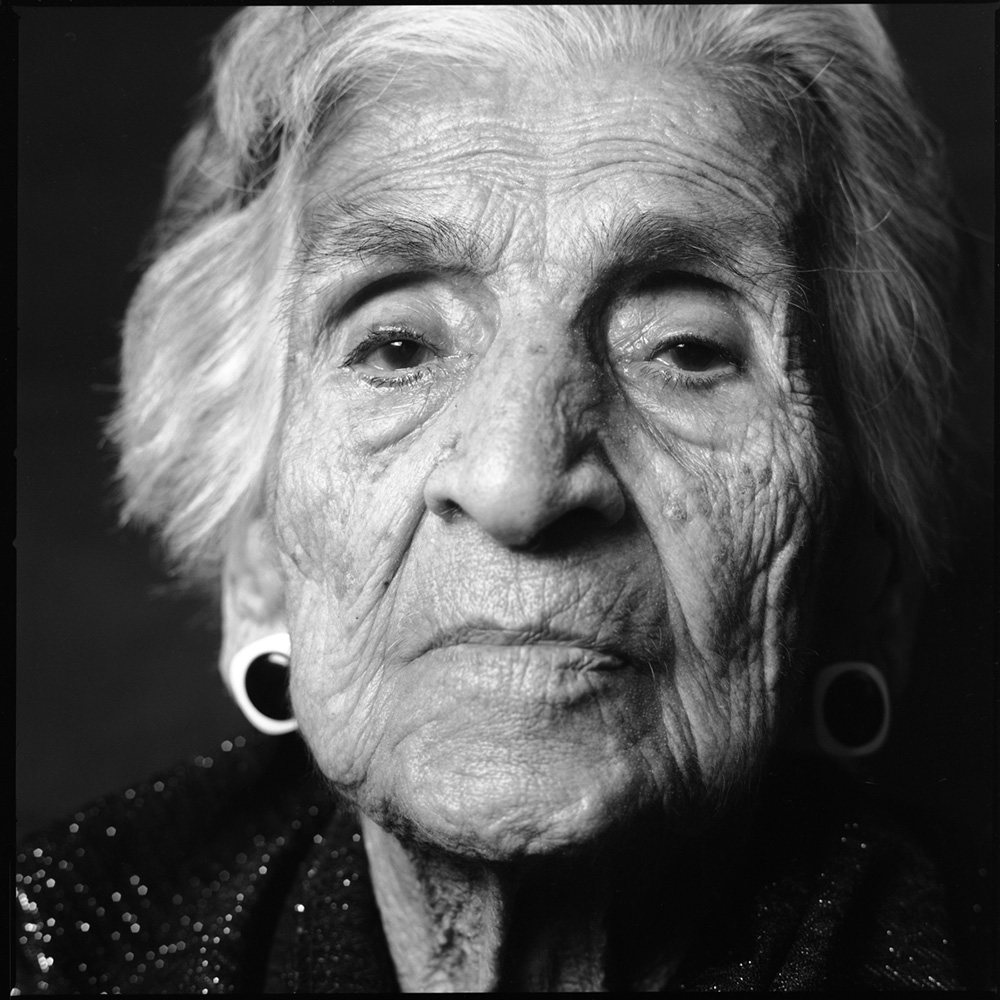 My friend Ara Oshagan and his collaborators, Levon Parian, Vahagn Thomasian, and Anahid Oshagan have created a compelling and impressive project that speaks to memory, genocide, and the diaspora of the Armenian people, showcasing the power of photography at it’s best.  Their two part exhibition, Landscape of Memory: Witnesses & Remnants of the Armenian Genocide, has recently opened in Glendale, California, a city with a population that is close to 40% Armenian. One part is indoors at the Downtown Central Library in a new gallery called ReflectSpace, designed to explore and reflect on major human atrocities, genocides and civil right violations, the exhibition running through June 25, 2017. Just outside ReflectSpace, within a few yards of the library’s south entrance at Glendale Central Park, is iwitness, a public art installation constructed in a site-specific clustered configuration, designed by Narineh Mizaian, running though June 14, 2017. The installation creates “an intense and immersive space where the audience is submerged underneath the gaze of massive portraits of Armenian Genocide survivors”. The work of artists Ara Oshagan, Levon Parian, architect Vahagn Thomasian and the iwitness team, iwitness is the first ever large-scale public art installation in Glendale.

As Ramela Grigorian Abbamontian states, “These portraits, like the survivors themselves, function as testimonies of the Genocide and the subsequent lives in the Diaspora. In other words, these works are images of resistance. The survivors’ direct, confrontational gazes are no longer those of terrified young children fearfully looking into their perpetrators’ eyes begging for their lives, but rather, they are the defiant eyes boldly looking out and claiming a place—a voice—in history”.

Ara Oshagan, artist: is a photographer and installation artist whose work revolves around the intersecting themes of identity, disrupted community, and memory. His first book, Father Land, was published by powerHouse books in NY in 2010. His second book, Mirror, was self-published in 2016. His other projects include: A Poor Imitation of Death, about the lives of youth in the California prison system; Traces of Identity about transnational identity in Los Angeles & Beirut. Oshagan has lectured at the Annenberg Space of Photography in Los Angeles, TEDx in Yerevan, Armenia and several photography conferences. His solo exhibition credits include the LA Municipal Art Gallery, Downey Museum of Art and powerHouse gallery. His work has been featured/reviewed in Hyperallergic, Artillery, Art Papers, Mother Jones, TLS in London, Photo District News, LA Times, LA Weekly and on NPR’s Morning Edition. Oshagan’s work is in the permanent collection of the Southeast Museum of Photography, the Downey Museum of Art, Armory Center for the Arts in Pasadena, and MOMA in Armenia.

Levon Parian, artist: currently a photography professor at Cal State Northridge, Parian studied art photography at Southern Illinois University in 1977 and commercial photography in 1980 at Art Center in Pasadena. He freelance-assisted for Playboy, Helmut Newton and Alice Springs for three years before starting his own photography business in 1984. Parian’s clients include MGM, Capital Records, Polygram Records, Warner Brothers, Epic Records, Electra and others. Parian specializes in people photography and photo montage. His works have been exhibited throughout the world and have received numerous awards. In 1996 and 2015, Parian’s work was exhibited at the Museum of Contemporary Art in Yerevan, Armenia. His work is in the following collections: MIT, Library of Congress, Paradjanov Museum, Museum of Modern Art in Yerevan, Museum of Photography in Paris. A book of his photos, “Nudes,” was published in 2000. 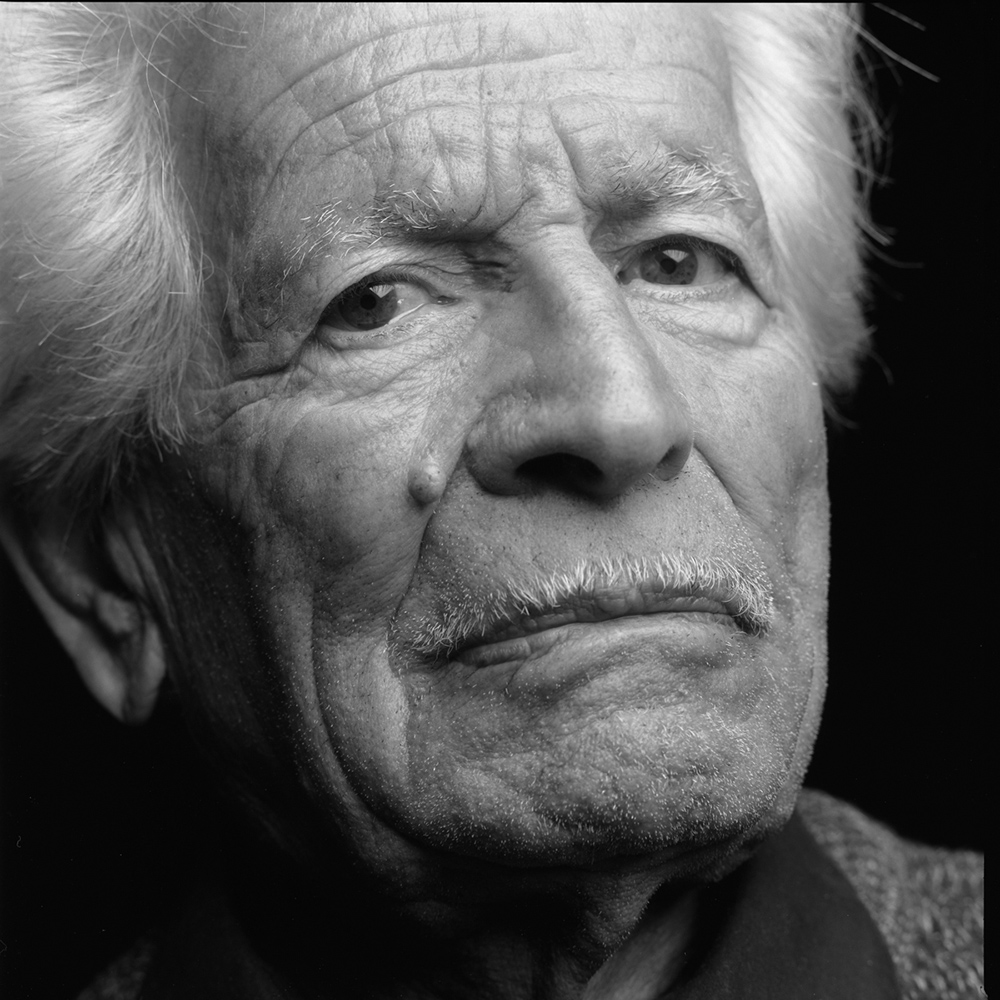 iwitness is a large-scale site-specific public art installation conceived by artists Ara Oshagan and Levon Parian and architect Vahagn Thomasian and a team of artists, architects and organizers in Los Angeles. The installation design concept is by architect Narine Mirzaeian.

iwitness installation consists of an inter-connected network of towering asymmetrical photographic sculptures wrapped with massive portraits of eyewitness survivors of the Armenian Genocide of 1915. The sculptures have no right angles and their irregular angular shapes speak to an unbalanced world, continually at risk of war, ethnic cleansing and genocide—crimes against humanity that the Genocide survivors have witnessed with their own eyes.

iwitness is an experiential public intervention creating an immersive space where these witnesses to the worst crimes of humanity can dwell among us. It enables viewers to become the inheritors of the act of witness. Ranging from eight to fifteen feet, the installation is built with outdoor recyclable material and is green–it uses solar-generated power to light the sculptures at night from the inside, like modern-day lanterns.

iwitness is a temporary memorial to the Armenian Genocide: the first genocide of the 20th century which was a blueprint for the numerous genocides that followed, from the Holocaust, Cambodia, and Rwanda to Bosnia, Darfur, and Syria today. The effects of the brutal trauma as well as Turkey’s continued denial of the facts are still felt today, 100 years and many generations later. 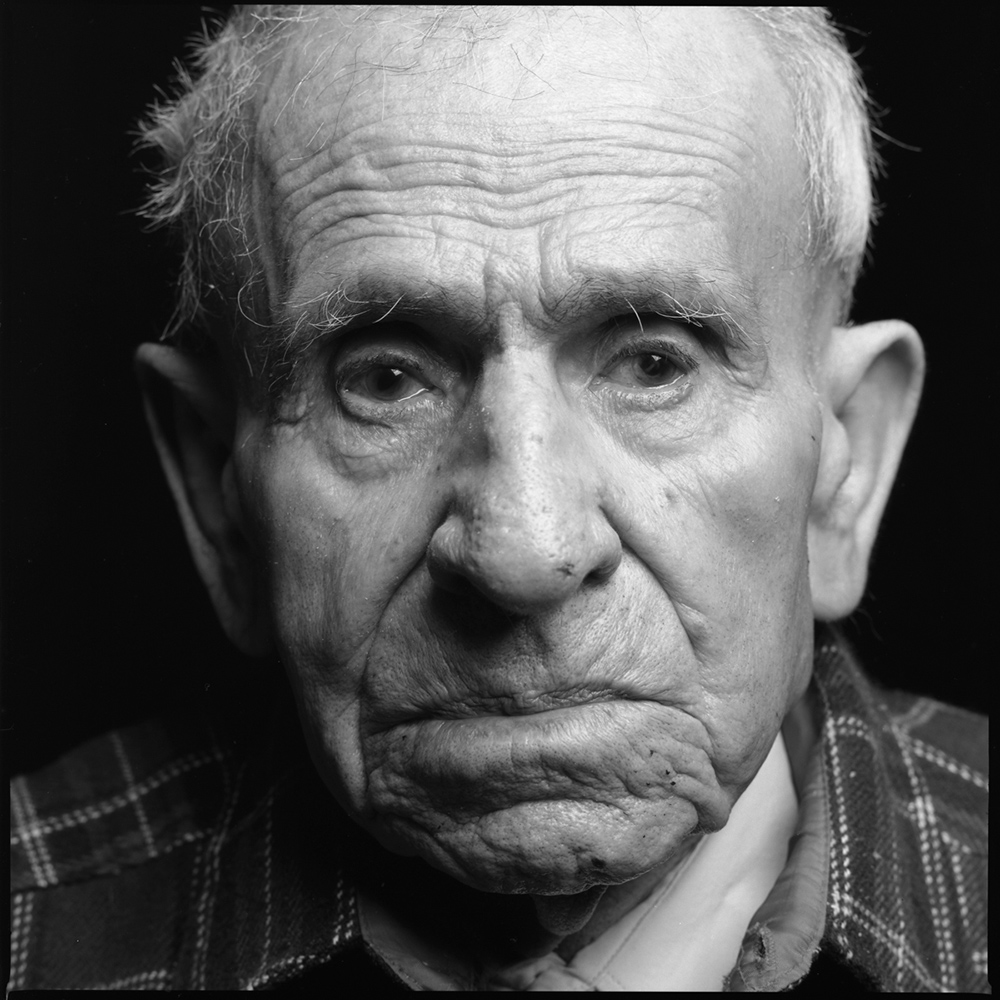 The installation pays homage to these resilient, courageous and incredible men and women who, against all odds, survived the Turkish government’s systematic attempt to destroy them. All survivors in the series are U.S. residents who fled the destruction in their homeland to re-establish new lives in the U.S. and in a vibrant global diaspora. They include:

Emmy-nominated filmmaker Michael J. Hagopian who survived because his mother hid him in a well.

Hampartsoum Chitjian who was saved by a blind Kurdish man.

Hayastan Terzian whose family was saved by the U.S. Consul Leslie Davis stationed near her hometown.

Sam Kadorian who was left for dead under a pile of decomposing bodies and survived on his wits, courage and will to live.

Iwitness public art installation draws its material from the archives of the Genocide Project.

For preserving the history of the Armenian Genocide, the principals of iwitness, received Foreign Policy Magazine’s 100 Leading Global Thinkers award in December 2015. 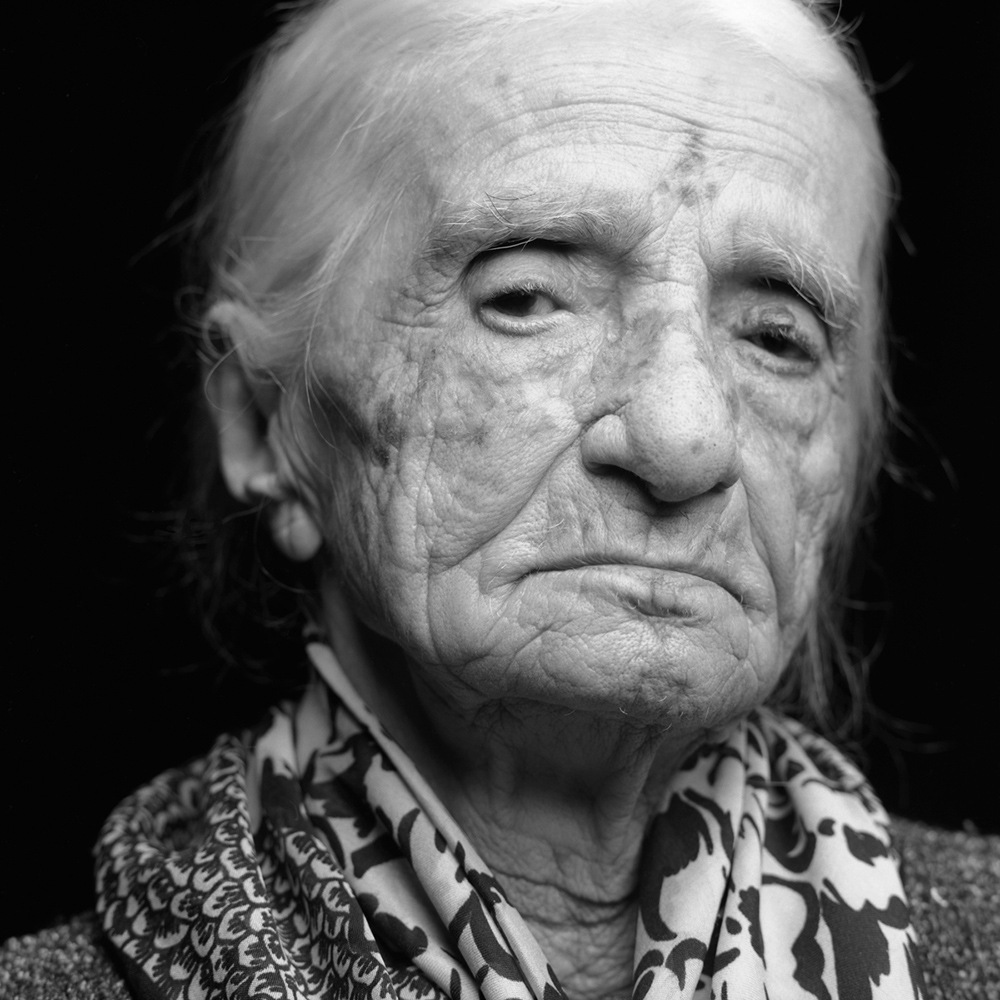 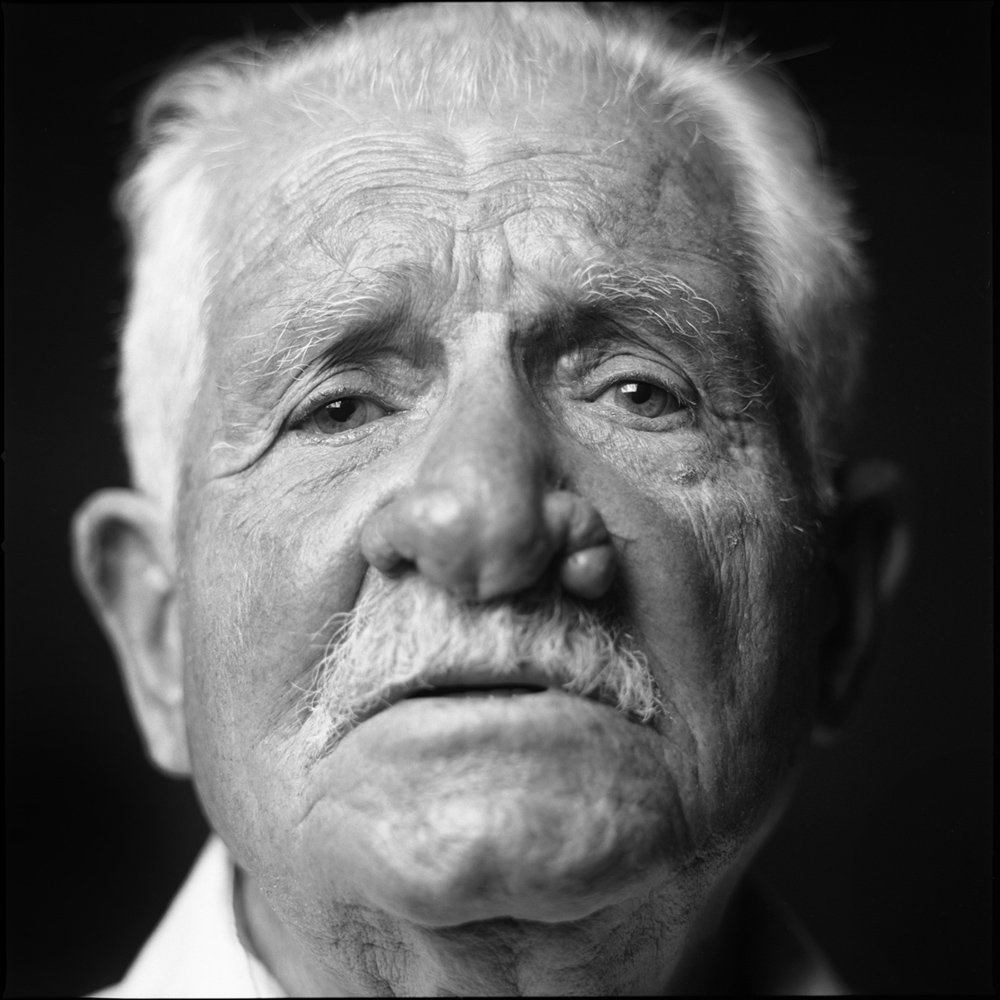 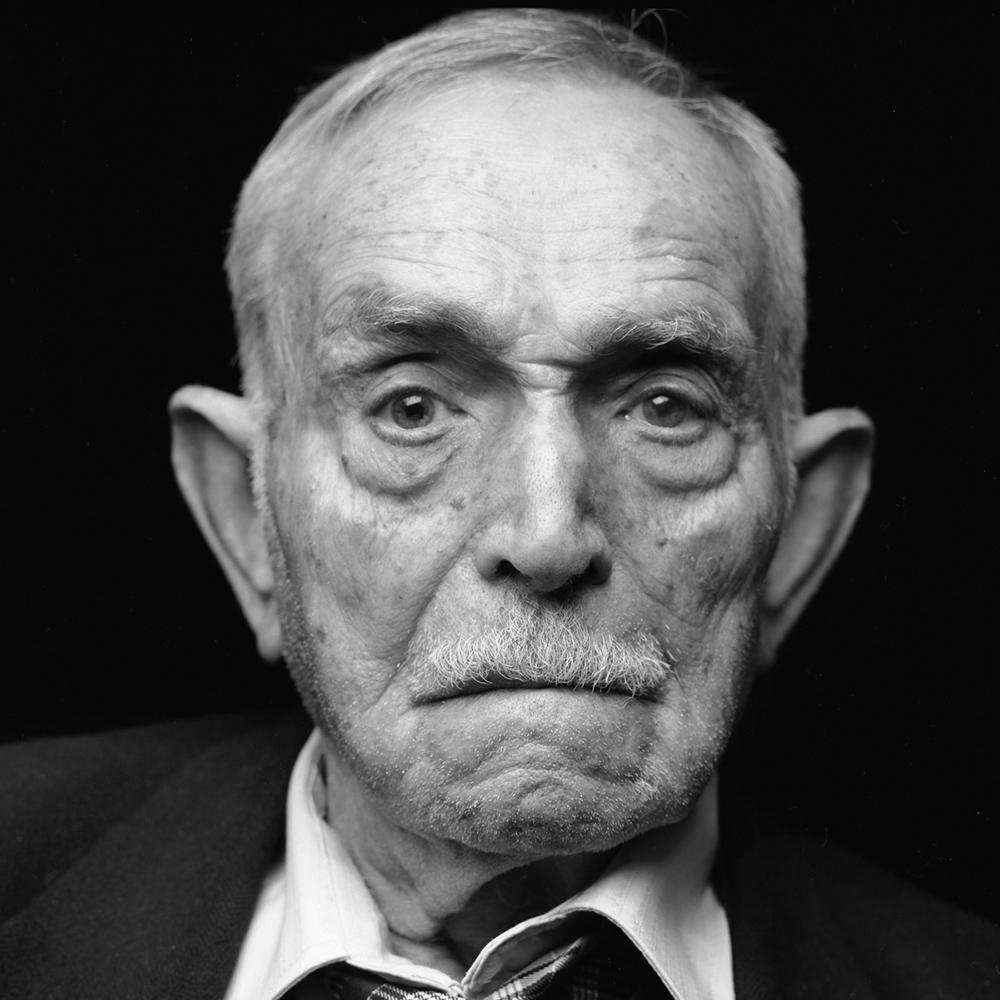 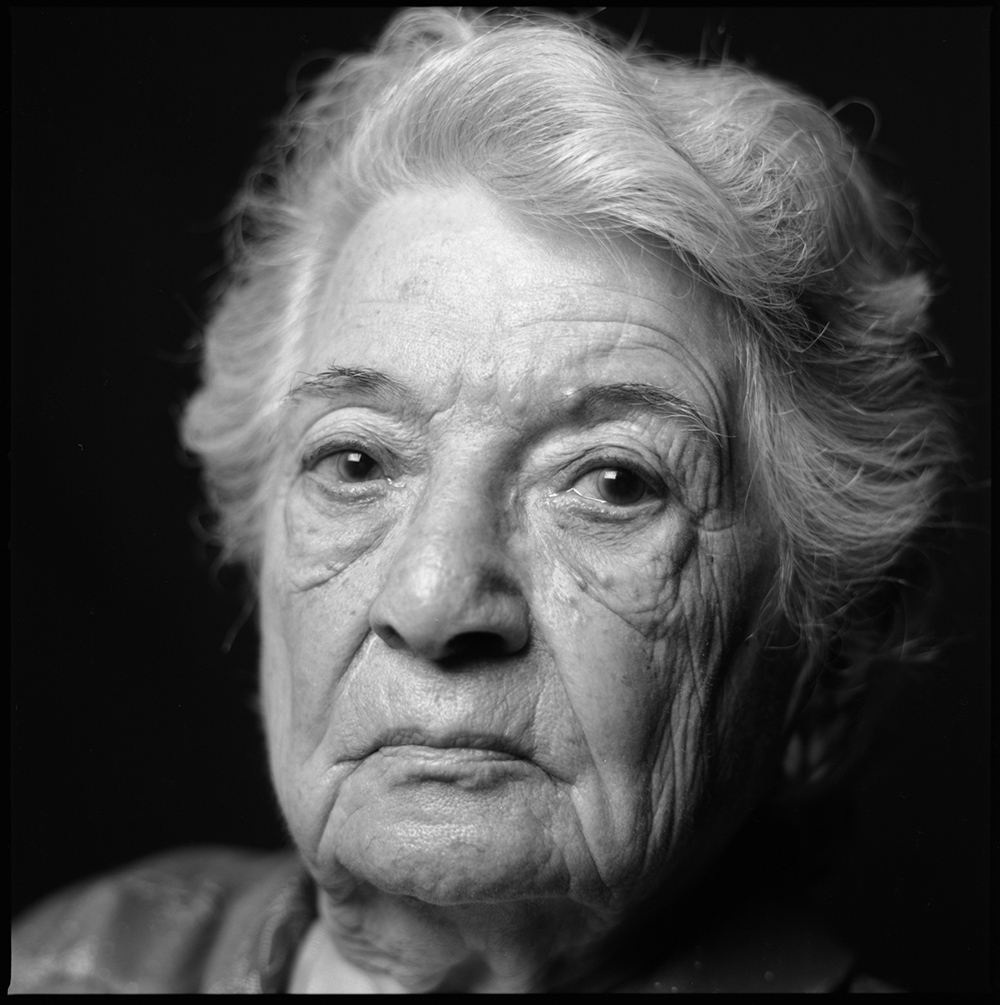 “In the haunting black-and-white photographs, the subjects have been stripped of their surroundings. Their pasts, the lives they had known, had been obliterated. The darkness behind these survivors represents the silence from which they have now emerged, articulating their experiences for the world to know.

The photographs preserve the two essential markers of one’s physical identity: the face and hands. Noticeably, the passage of time, manifested in the furrowed foreheads and wrinkled, vein-marked hands, has not erased the reality or the pain of the Genocide.  The intense emphasis on the faces and hands ensures that each survivor is identified and accounted for. These are not headless torsos or indistinct faces. Rather, each instance of survival has been remembered.

These portraits, like the survivors themselves, function as testimonies of the Genocide and the subsequent lives in the Diaspora. In other words, these works are images of resistance. The survivors’ direct, confrontational gazes are no longer those of terrified young children fearfully looking into their perpetrators’ eyes begging for their lives, but rather, they are the defiant eyes boldly looking out and claiming a place—a voice—in history.

In these photographs, the eyes of the survivors meet those of their witnesses. In that momentary instance of the gaze, the Genocide survivor is bequeathing his/her story to the new generation of witnesses. The testimony of these survivors then becomes the testimony of the artists, who inherit the stories and the responsibility, and then in turn, transfer that to the viewers. By entrusting the story to the next generation, there is a transference of the witness role from the sitters to the viewers. In this way, fueled by a newfound sense of responsibility, the viewers are then ignited to preserve and proclaim the stories they have just witnessed.” 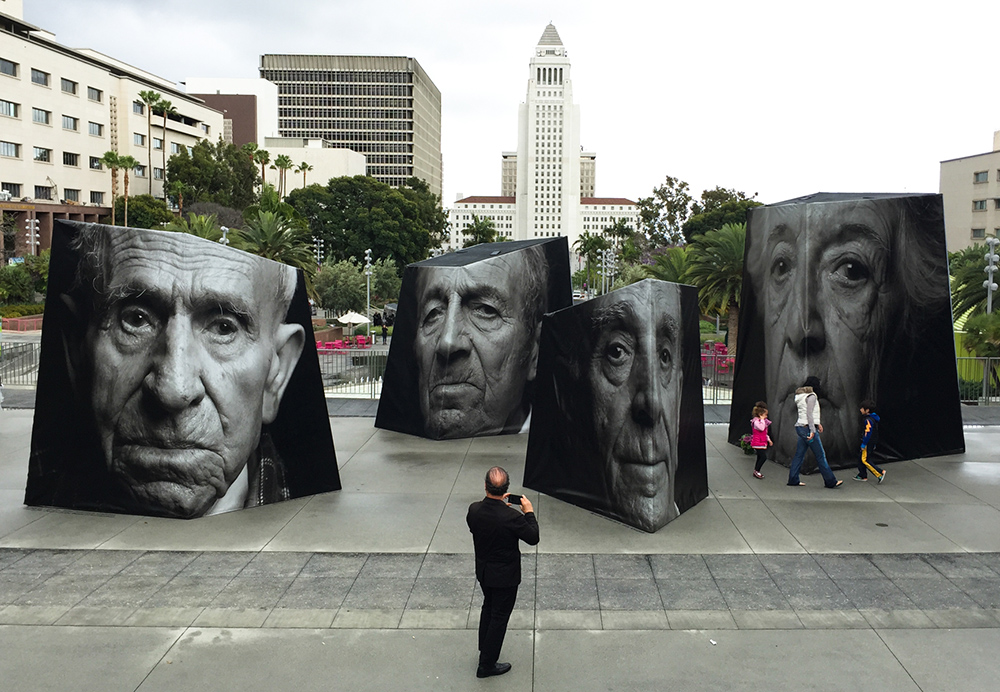 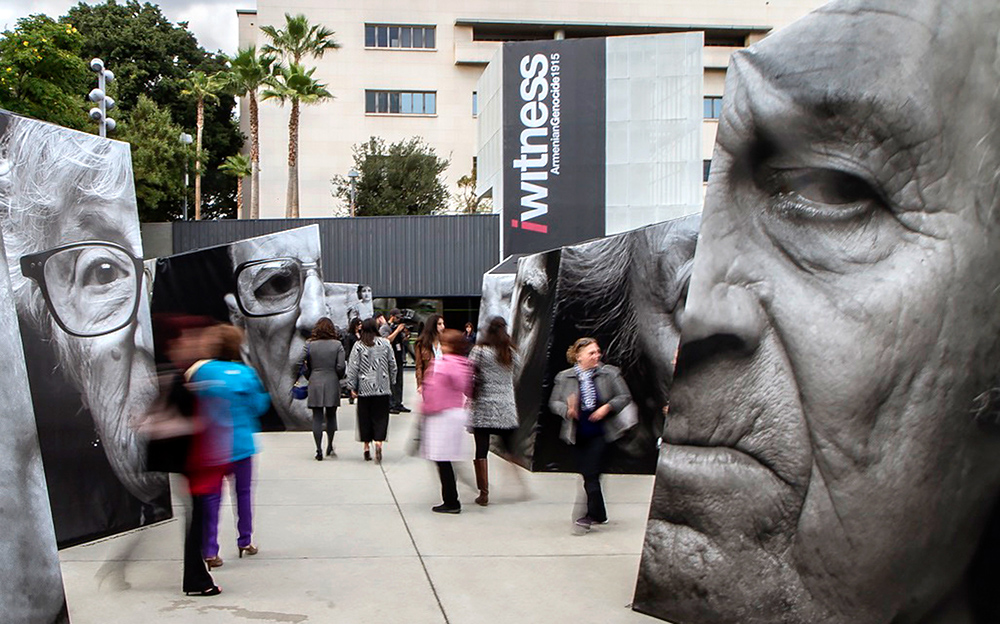 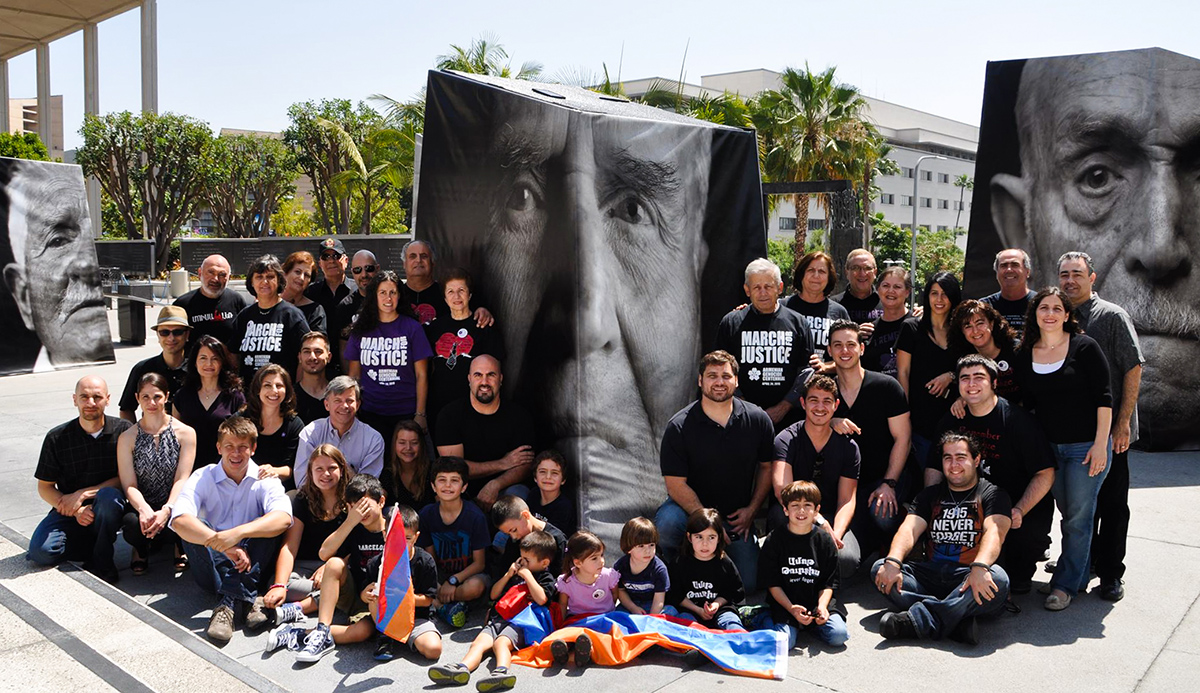 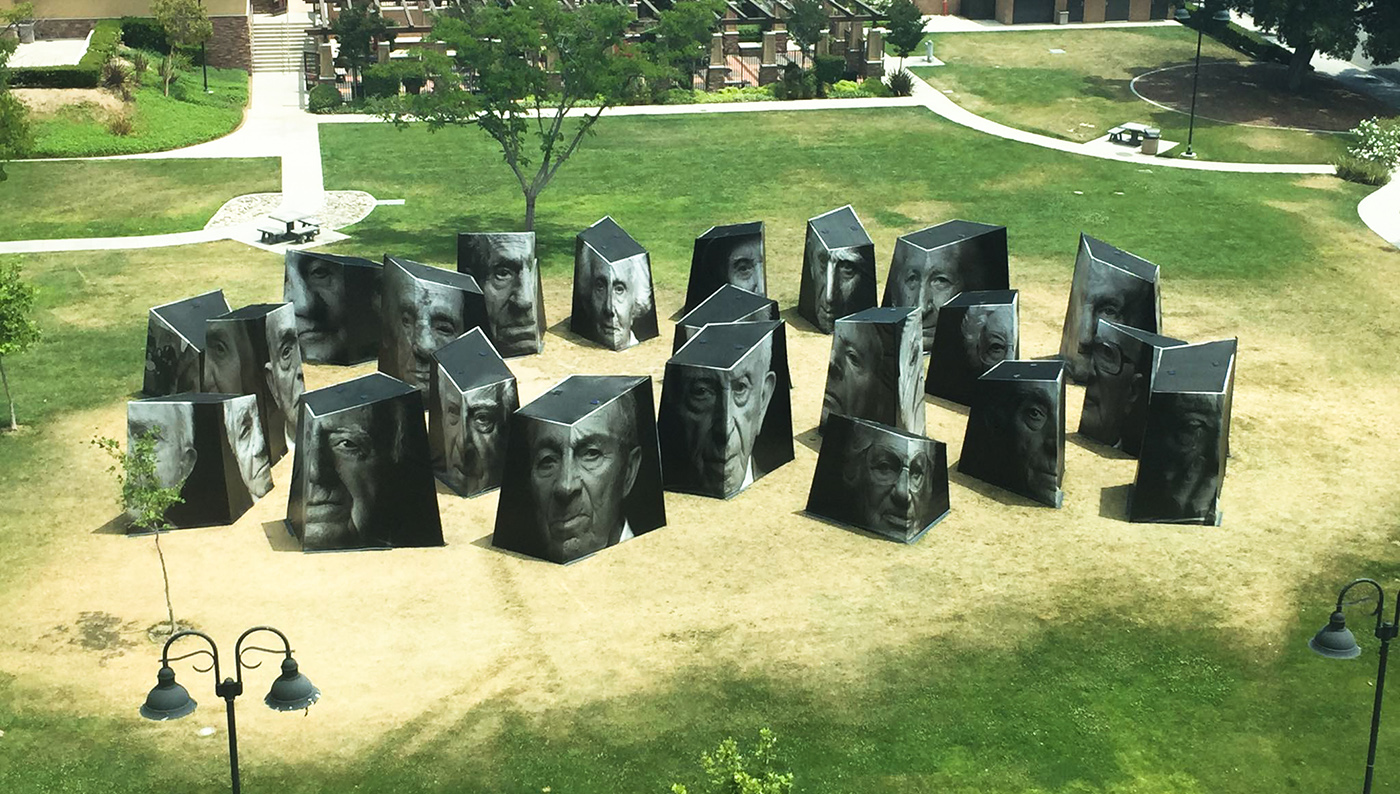 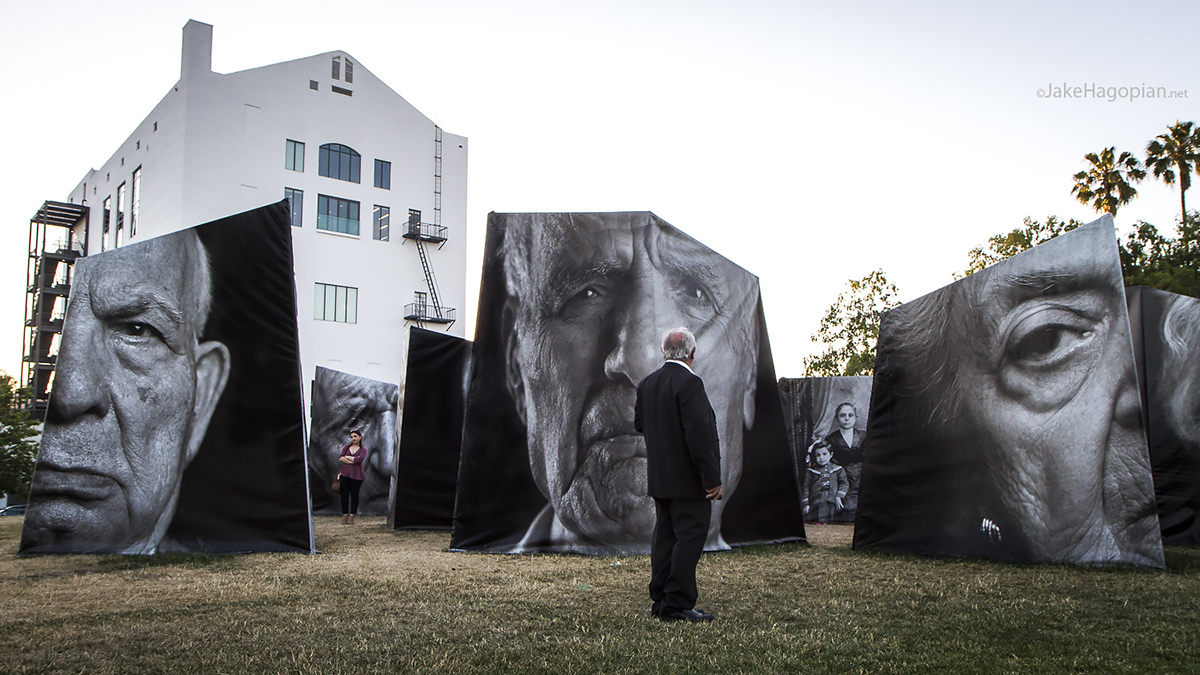 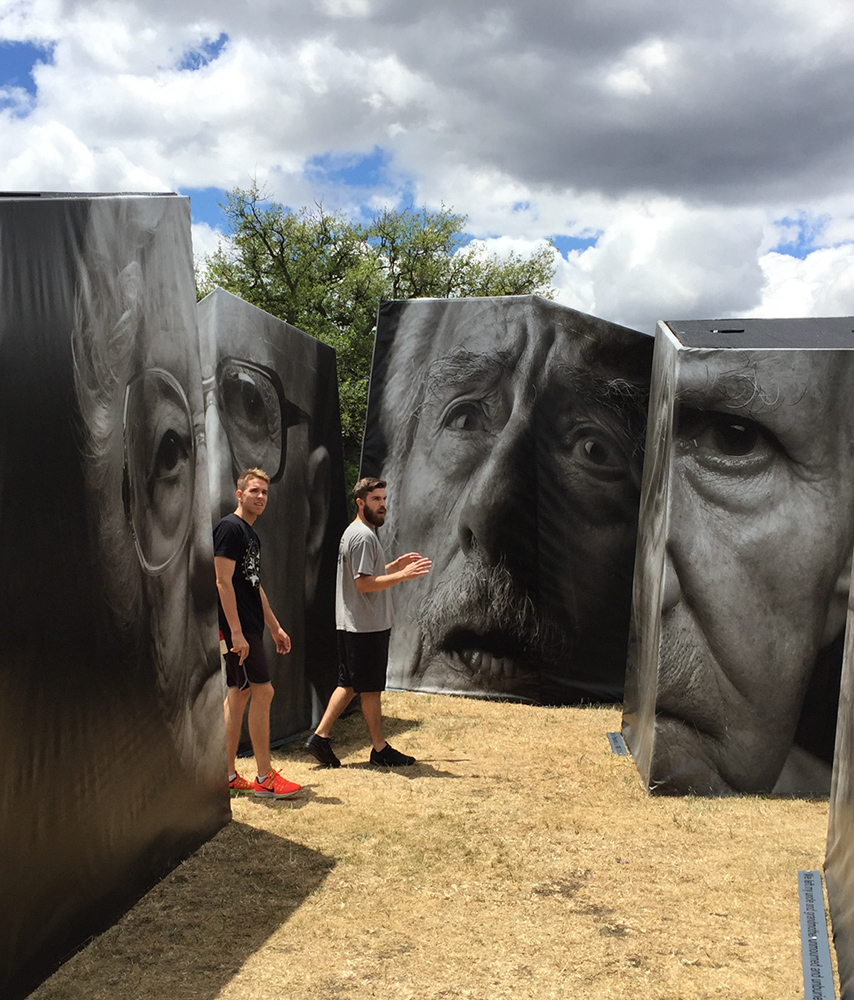 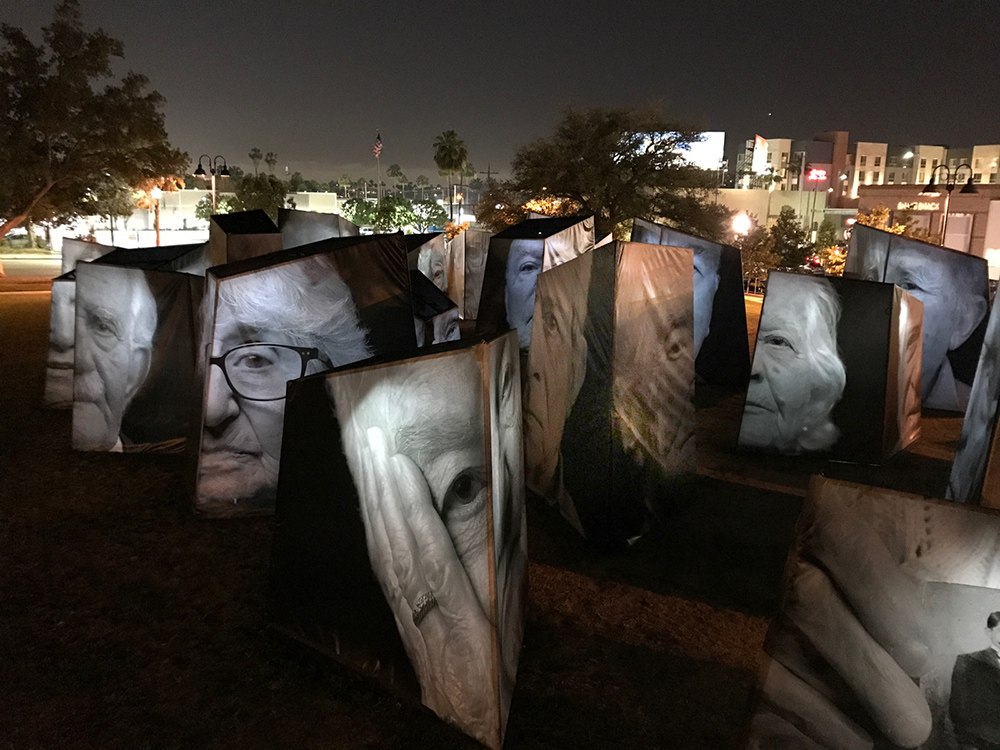