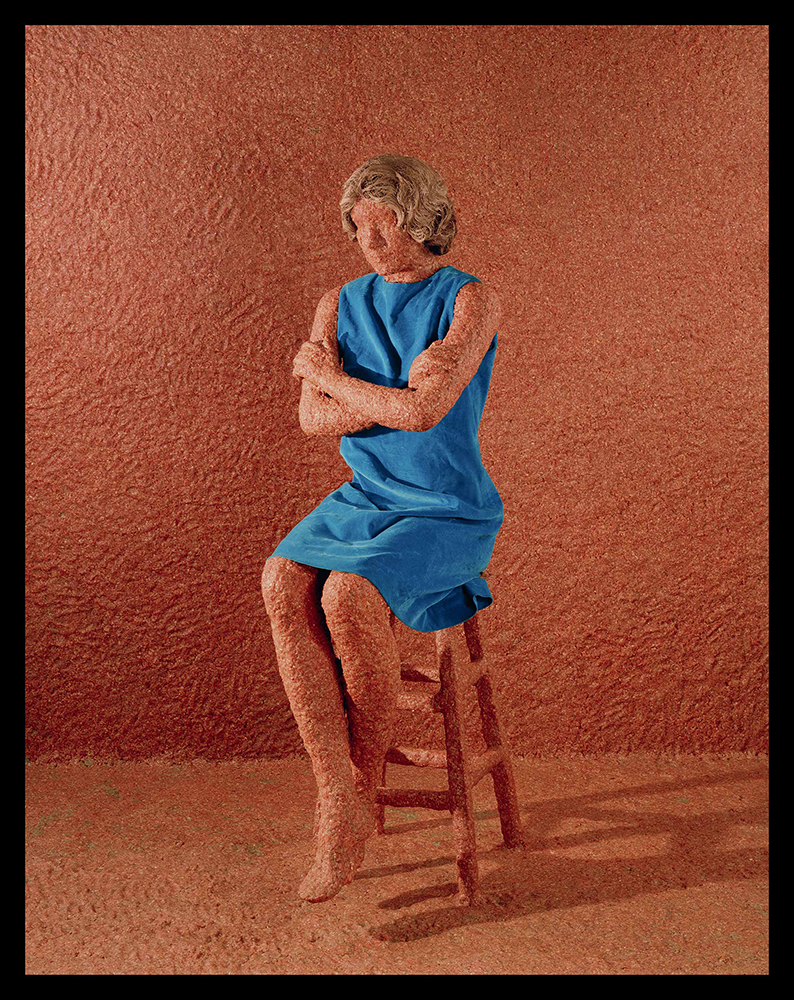 © Sandy Skoglund, Spirituality in the flesh, 1992

Every August, we run a month of photographers interviewing other photographers, but this year we reached out to our 2020 25 Photographers to Watch and asked them to interview a photographer who has inspired their journey–a hero or a mentor. Today we start with Noemi Comi’s interview with the iconic photographer, Sandy Skoglund. Follow along this month for wonderful insights and interviews. – Aline Smithson

Sandy Skoglund is an American artist who needs no introduction. She is considered one of the most influential figures of staged photography. Since the 70s she has revolutionized the world of art, hybridizing photography with other languages.

I decided to interview her because she is my greatest reference point. After seeing her work for the first time, I was enraptured. The realistic environments of her works are transfigured by the surreal colors and slowly transport the observer to a dreamlike space. Thanks to her works my way of looking at photography changed, I started to work much more on colors and to completely free my imagination.

Sandy Skoglund was born in Weymouth, Massachusetts in 1946.  Skoglund studied studio art and art history at Smith College in Northampton, Massachusetts from 1964-68. She went on to graduate school at the University of Iowa in 1969 where she studied filmmaking, intaglio printmaking, and multimedia art, receiving her M.A.in 1971 and her M.F.A. in painting in 1972.

Skoglund moved to New York City in 1972, where she started working as a conceptual artist, dealing with repetitive, process-oriented art production through the techniques of mark-making and photocopying.In the late seventies Skoglund’s desire to document conceptual ideas led her to teach herself photography.This developing interest in photographic technique became fused with her interest in popular culture and commercial picture making strategies, resulting in the directorial tableau work she is known for today. Follow her on Instagram: @sandyskoglundart 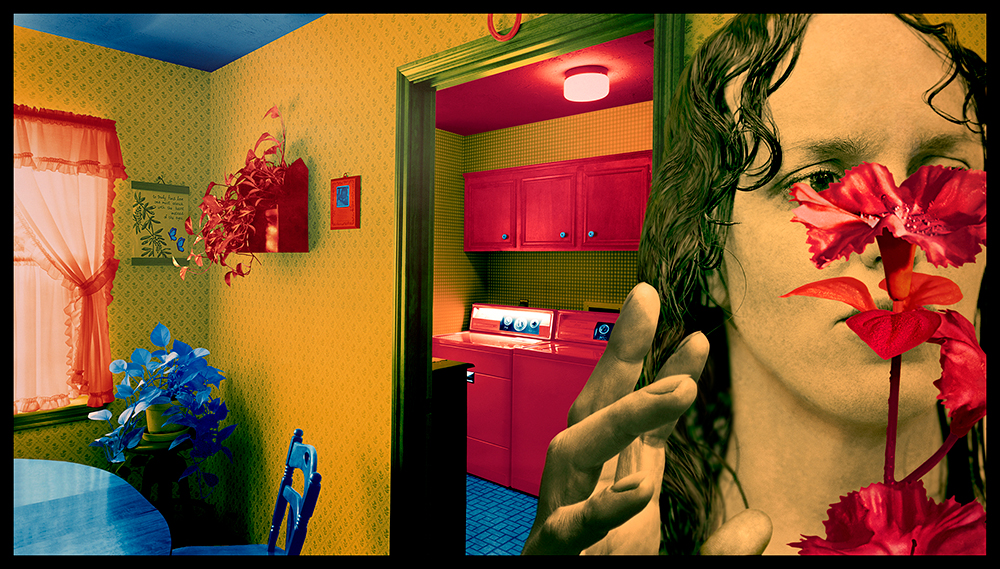 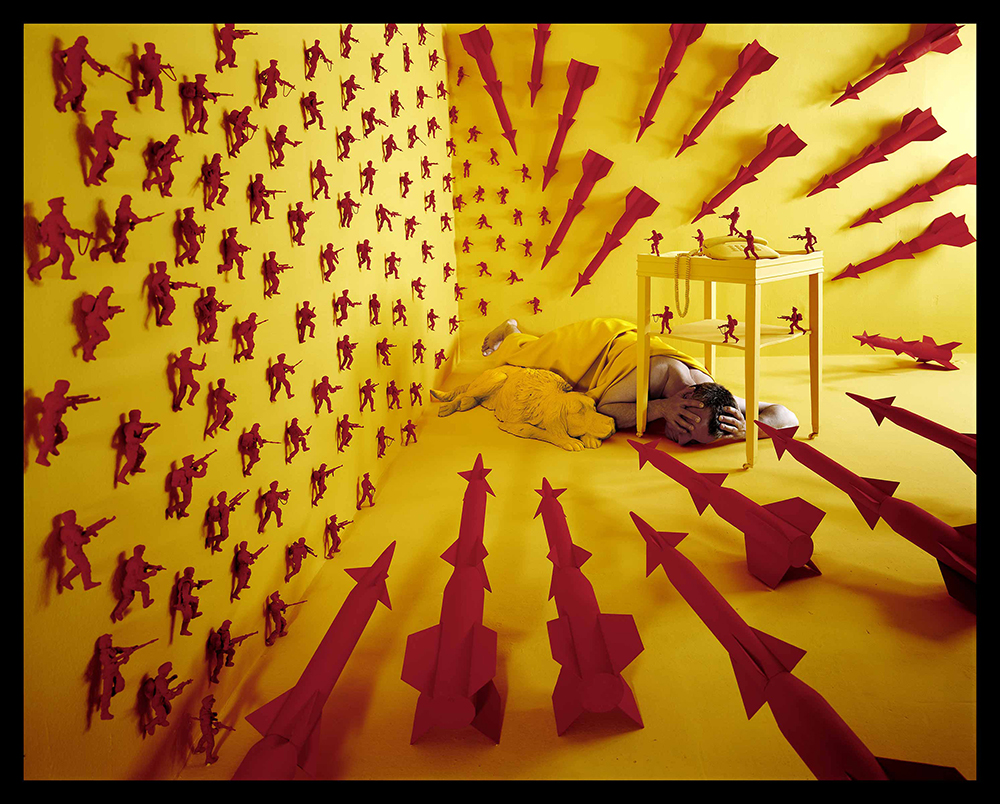 Noemi Comi: Your entire production is very coherent both in terms of process and content, always very careful to highlight the artificiality of American society. When did you know you wanted to go in this direction and how did you manage to maintain a linear creative practice for so long?

Sandy Skoglund: My studies in art history from 1964-68 formed the foundation of my practice, which has always been multidisciplinary. I like to ask questions as I think through a project. Art history gives us a bridge to the past with an emphasis on cultural values. The process of art making continues to fascinate me because I change the process with new and old techniques. I don’t really like to think too much, so working in different media allows me to feel my way through the journey. 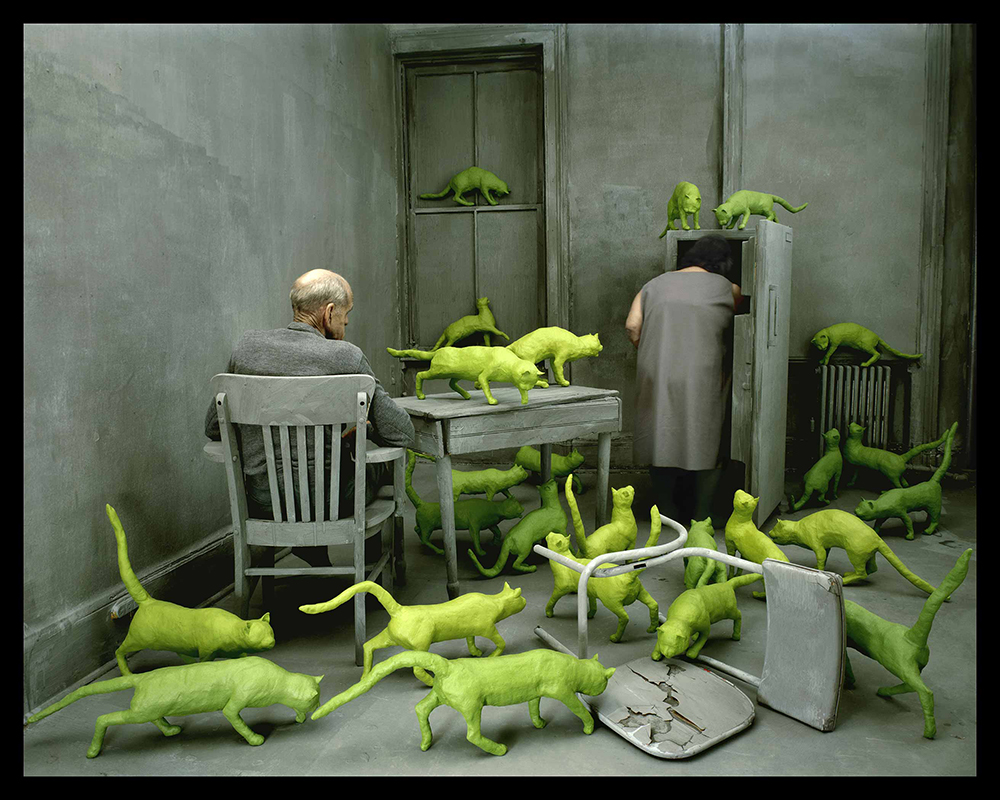 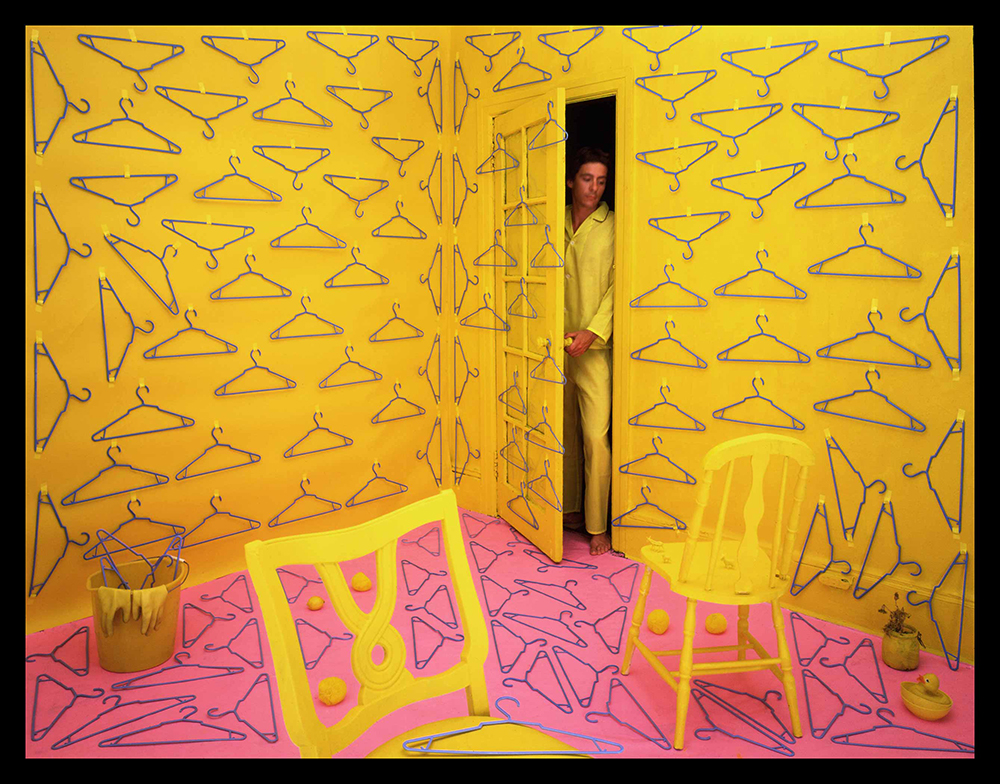 NC: Is there anything over the course of your career that you have regret doing or would do differently?

SS: Interesting question. The failures are just as important as the successes. So, I cannot think of anything that I would change. Everything is necessary to create a meaningful struggle. Each of my projects has been based on the idea of a meaningful struggle, taking the good with the bad. 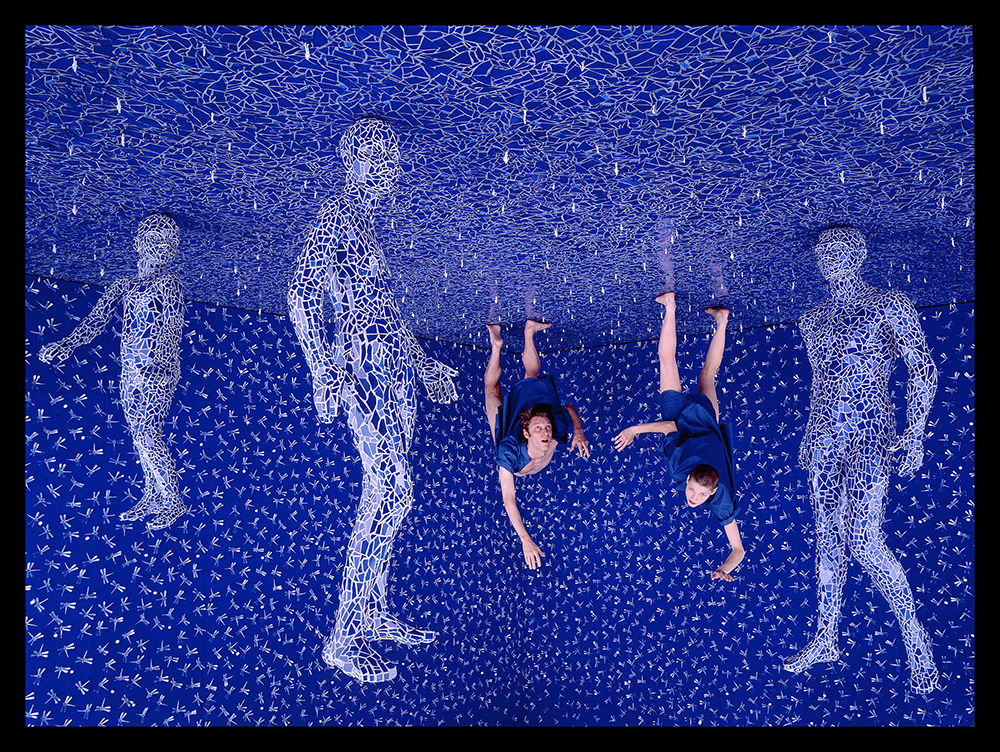 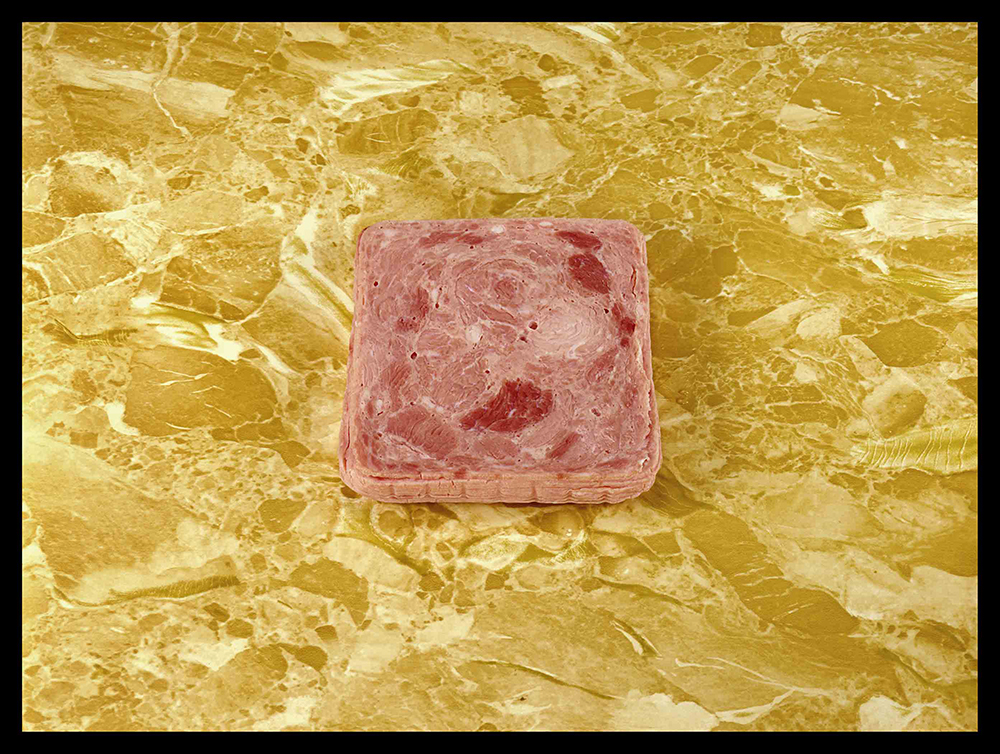 NC: Your work is meticulous and uses not only photography but brings together very different disciplines, primarily sculpture. In some cases, it has even taken years to complete a work. You have stated that you have been dissatisfied and have not been able to finish them right away. What was it that gave you the strength to keep going and not give up?

SS: I love the process of persistence in art. If you keep going despite your doubts, then in the end the artwork actually makes itself. 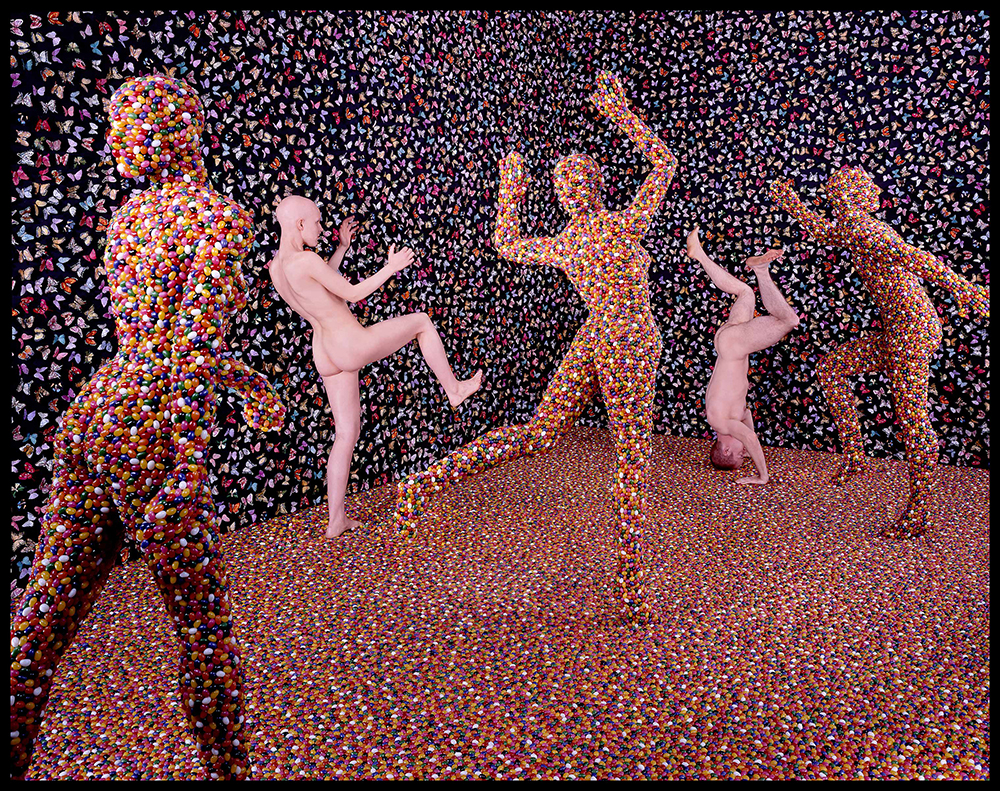 SS: I have been following the work of Tommy Kha for awhile and I am amazed at the way he has used the self-portrait and performance to continually make evolving, astonishing pictures. 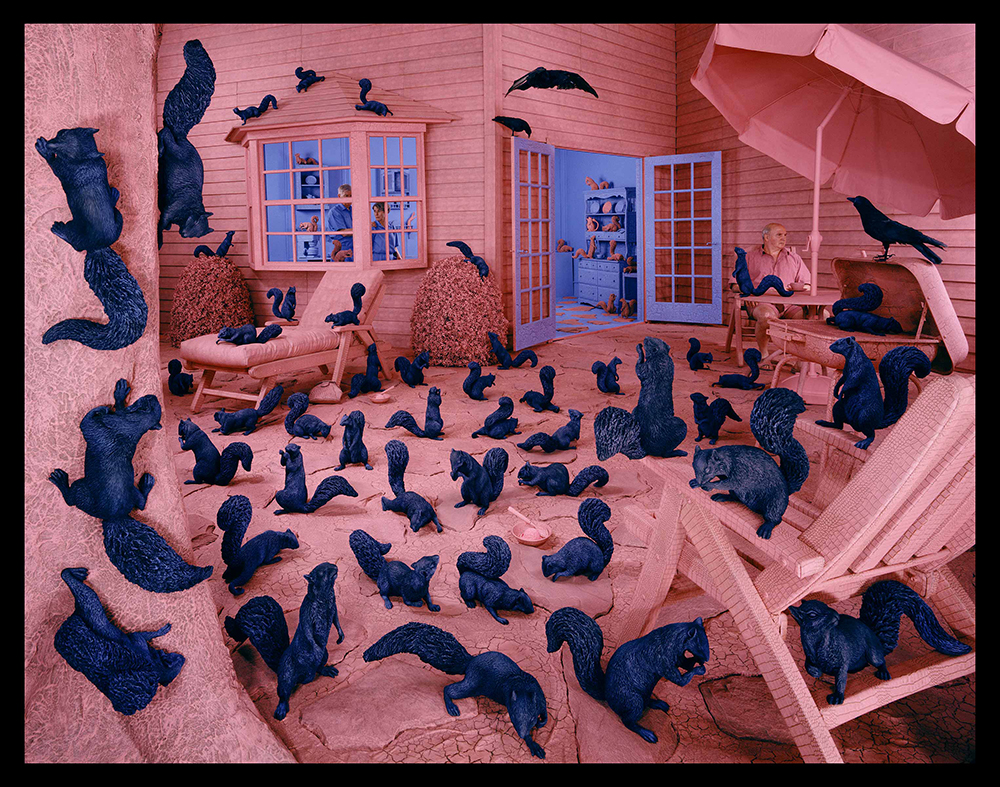 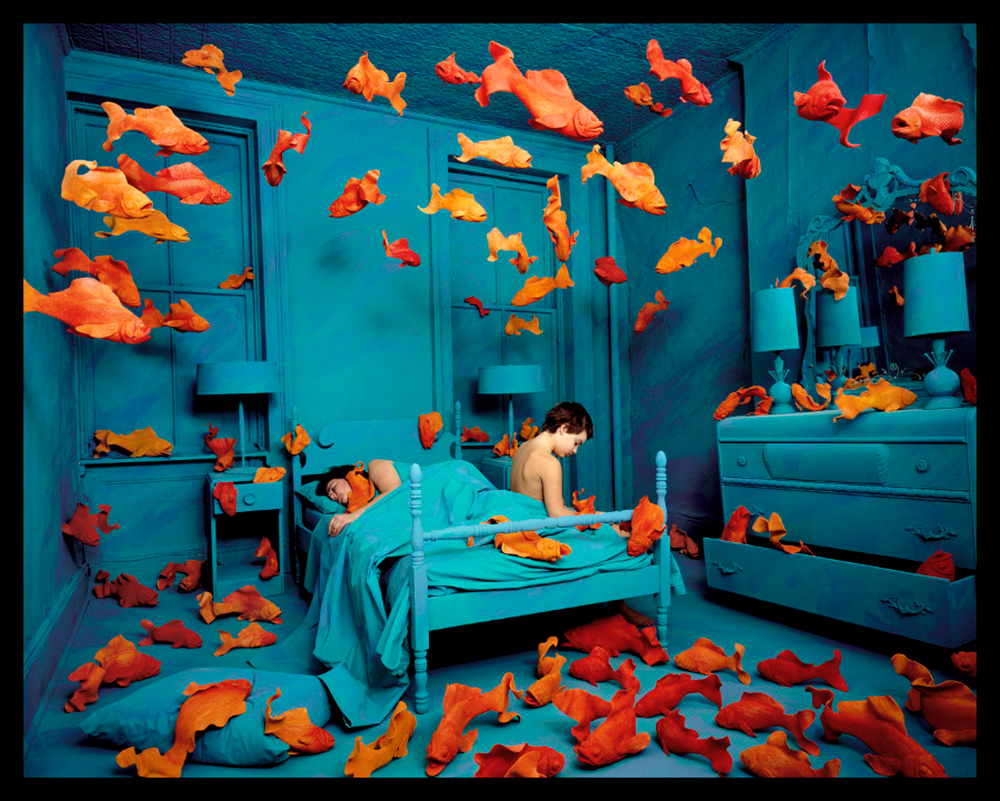 © Sandy Skoglund, Revenge of the Goldfish, 1981

NC: What advice would you give to young photographers who want to break into the art world?

SS: Dig deep, be honest with yourself, and keep going. Make sure the journey is a meaningful struggle for you. 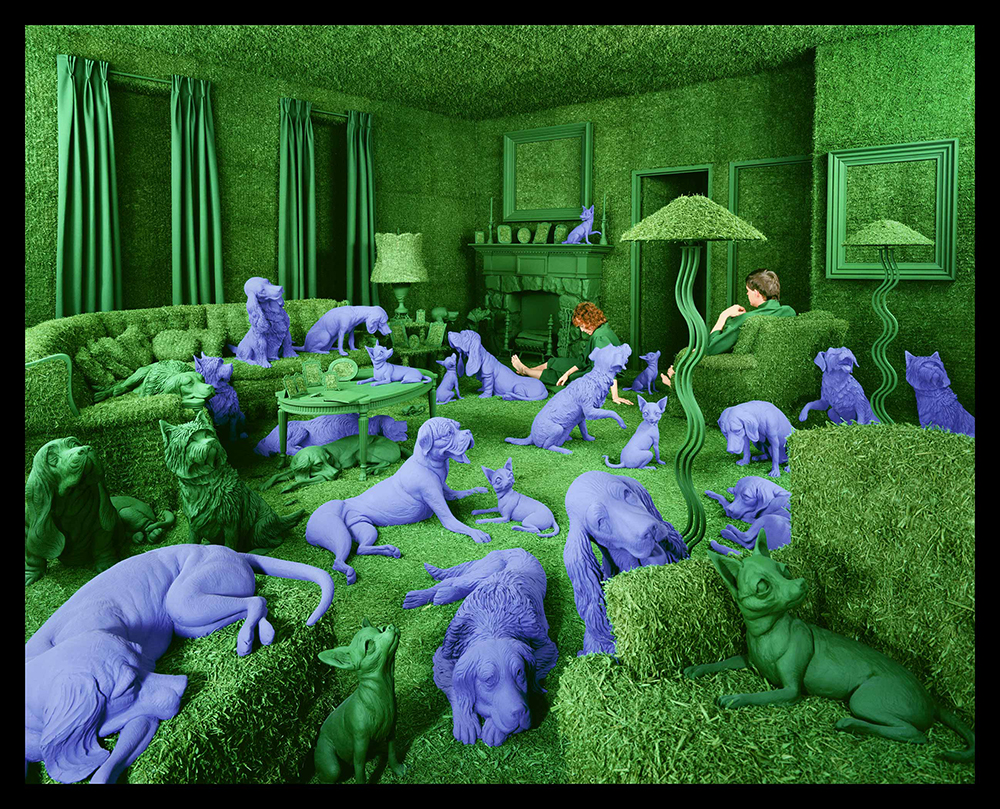 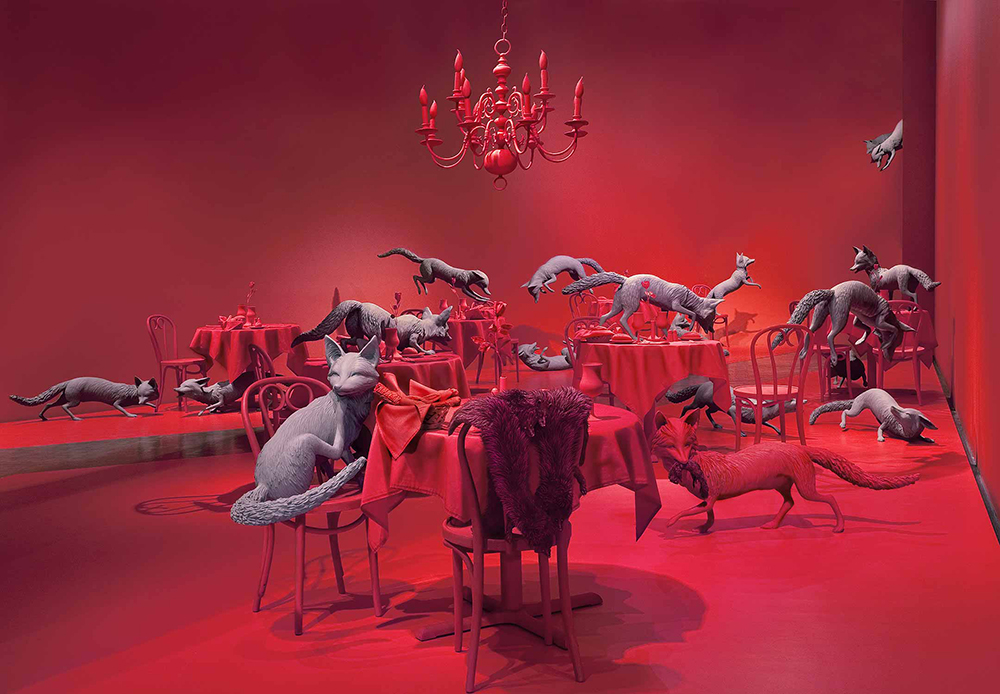 Noemi Comi (1996) is a conceptual and documentary photographer born in Catanzaro (Italy). She studied Photography at Laba (Libera Accademia di Belle Arti) in Florence, where she graduated with honorable mention. At the same time she followed a mentorship course with Steve Bisson by Urbanautica Institute. Noemi is currently enrolled in the two-year photography course at Brera Academy (Milan). Her photography is constantly evolving and follows a multidisciplinary path. She wants to combine art and science trying to break down any taboo. Her works conform to a well-defined aesthetic, dominated by strong colors and surreal atmospheres. 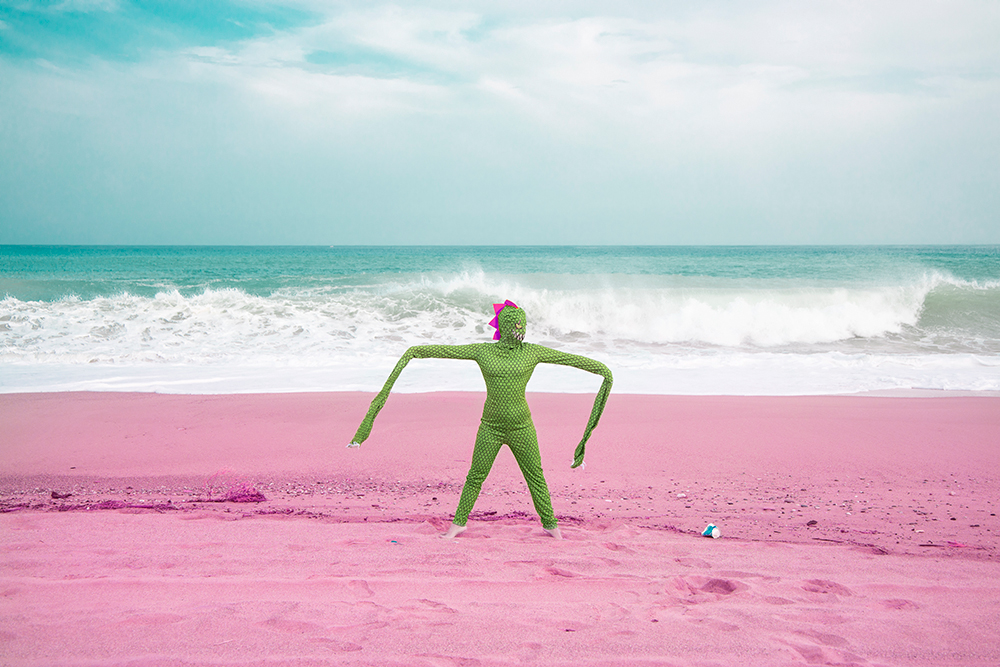 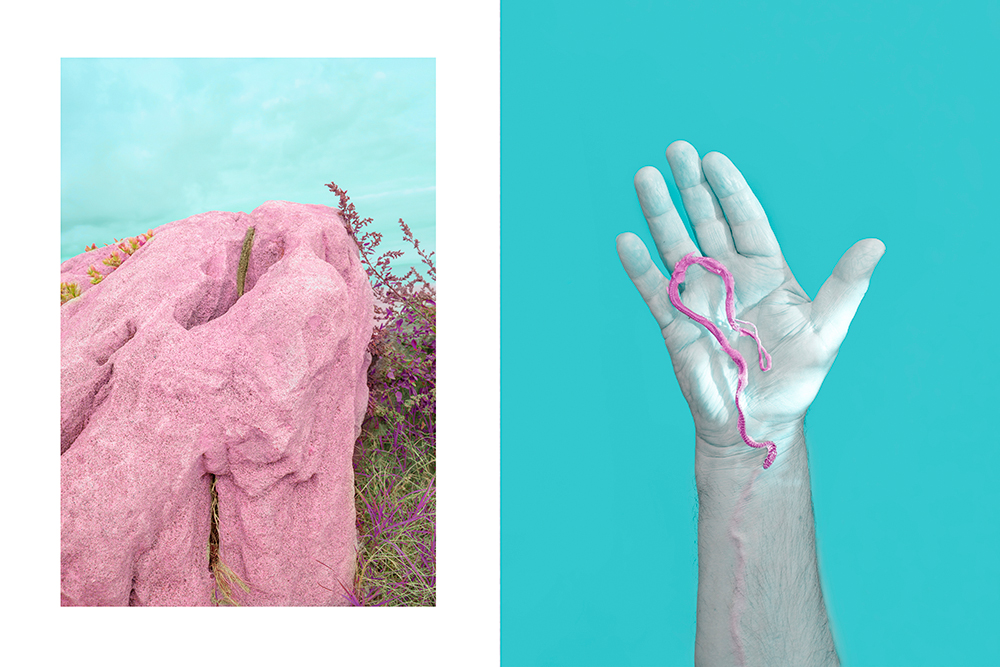 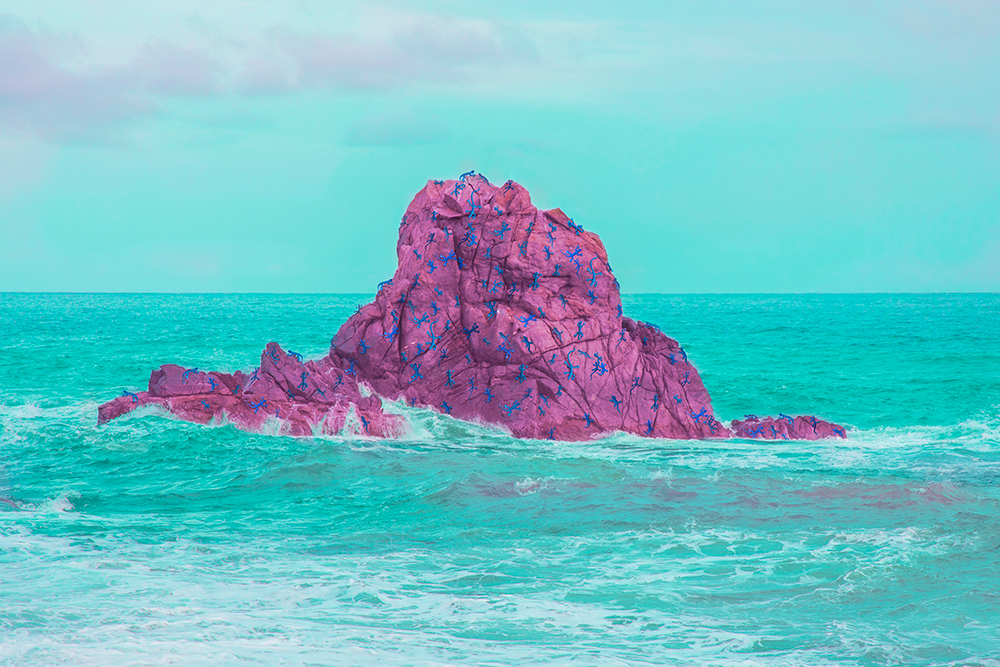 NEXT | Photographers on Photographers: Tristan Martinez in Conversation with Jason Fulford >
< Text + Image: Marja Saleva: He is so obsessed with me | PREV