Jeffrey A. Wolin: Faces of Homelessness by Marisa LuccheseMarch 31, 2022 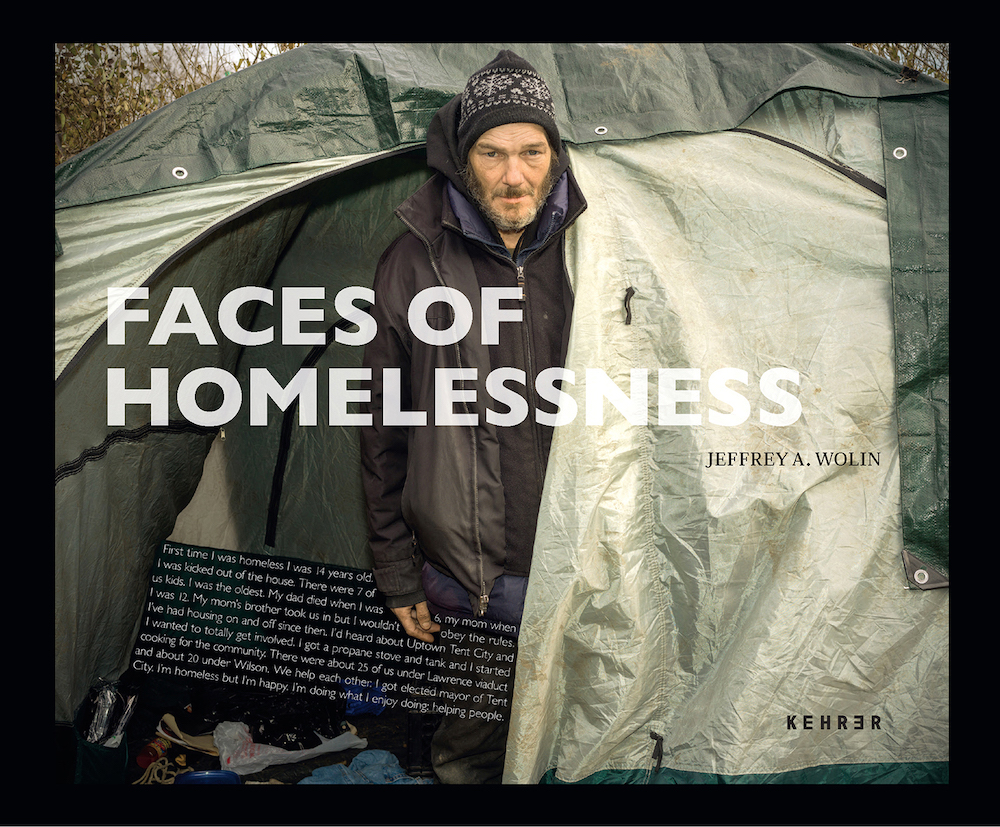 Cover of Faces of Homelessness, published by Kehrer Verlag

As a photography student, the discussions of ethics and proper treatment of subjects consistently come up in my classes. How do you handle sensitive subjects? How do you properly tell someone else’s story if you yourself have never been in that position? Jeffrey Wolin’s work perfectly encapsulates how to confront some of these difficult questions. He takes the sensitive subject of homelessness and handles it with care and respect. Rather than the same old photos of people sleeping on heating grates, which often objectifies the subject, he moves past these stereotypical images to show that this can happen to anyone, and that homelessness takes many more forms than simply living on the streets. He gets to know the people he’s photographing, building a relationship of trust, and he uses that to humanize them in his images. He allows them to speak for themselves through autobiographical text so that instead of telling their story for them, he is a vessel for them to speak through. The people in these images are collaborators rather than subjects; by giving them a face and a hand in their own story, he dignifies them. As April Harris, one of the participants in Wolin’s exhibition said, “What I learned was how strong and powerful I am– we all are. This project was about homelessness, and everybody’s homelessness story is different. But we’re all so powerful because we made it. It didn’t break us.”

This is not to say that the experience of homelessness is somehow easy, but it does not have to be the defining story of a person like our society tries to make it out to be. The different stories shown in this work educate people and show that homeless people are more than just that: they are mothers, artists, musicians. They could be you and me. People often treat homelessness as something to be embarrassed about or something we should not talk about, but Wolin’s work subverts that. These people matter, and their stories matter. And we should take the time to listen. 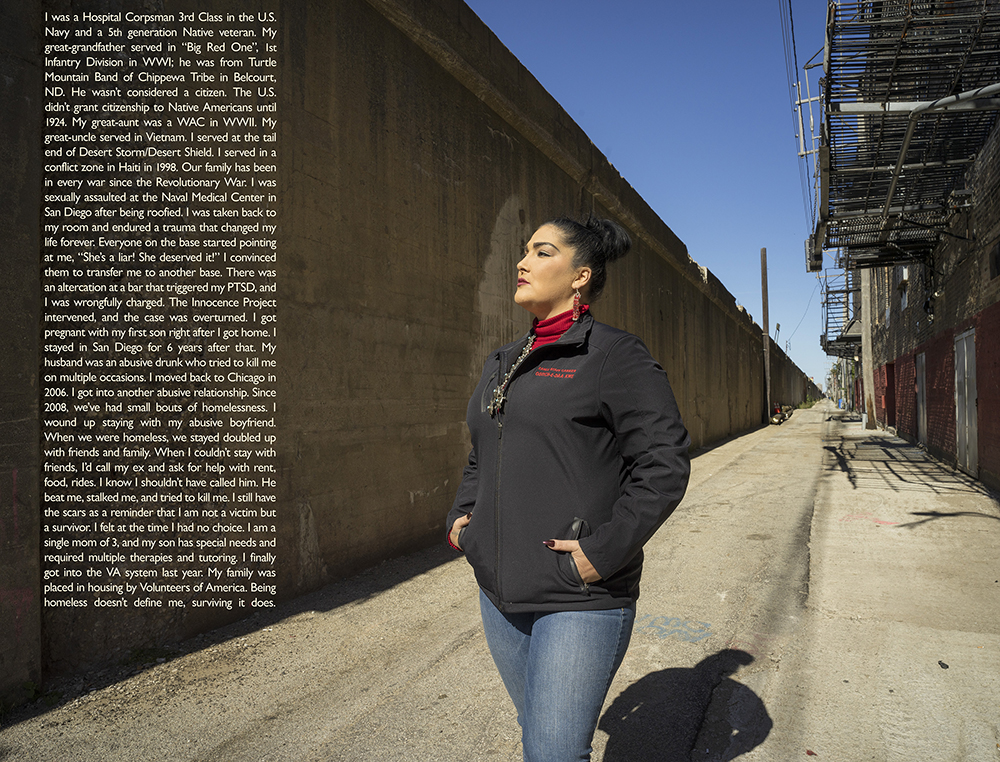 Jeffrey A. Wolin is Ruth N. Halls Professor Emeritus of Photography at Indiana University. Wolin’s photographs have been exhibited in over 100 exhibitions in the US and Europe, including solo shows at the Art Institute of Chicago, International Center of Photography in New York, George Eastman Museum in Rochester and the Museum of Contemporary Photography in Chicago and group exhibitions at MoMA, Whitney Museum, and LA County Museum of Art. 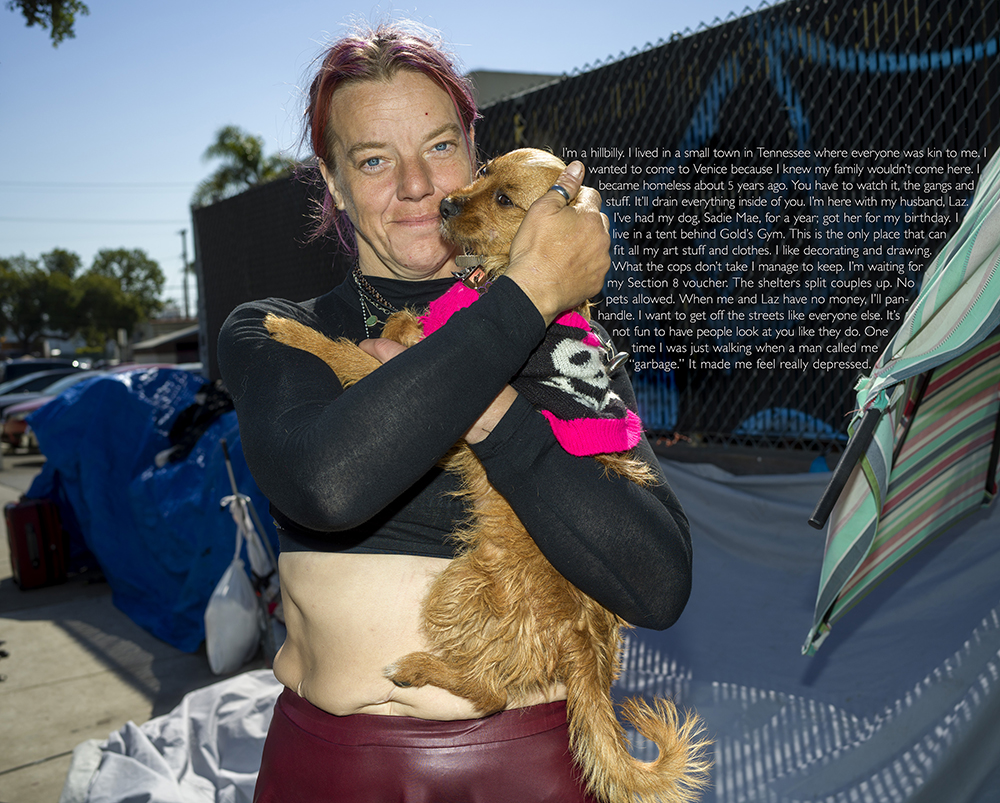 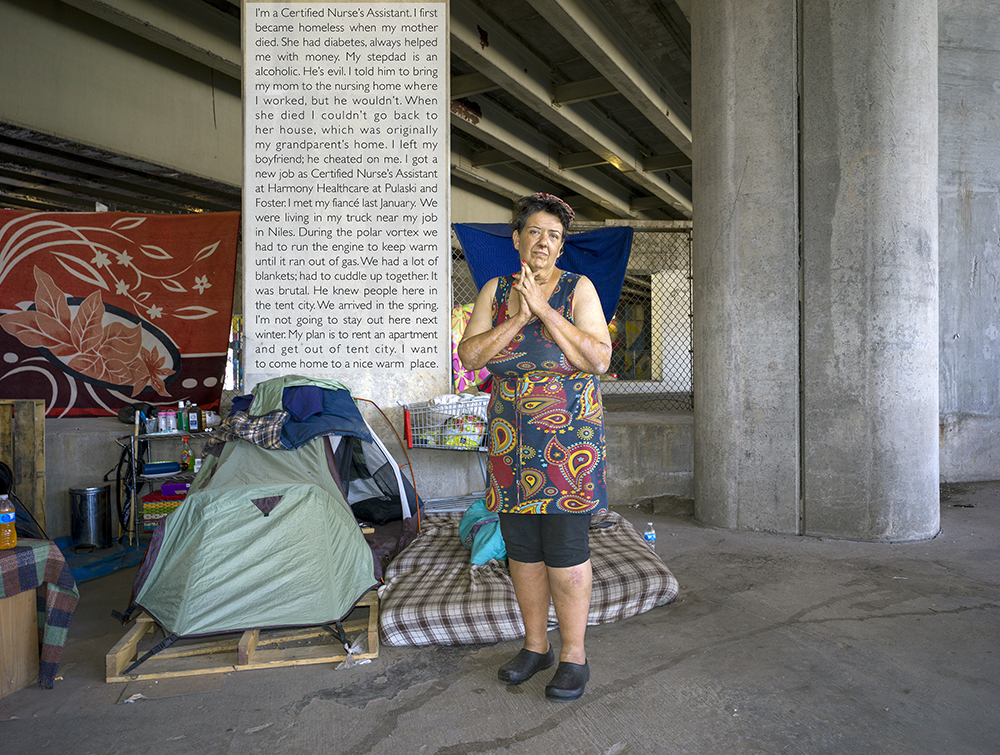 My current photo/text series, Faces of Homelessness, endeavors to show a wide range of individuals who are currently experiencing homelessness or have experienced it in the past. There’s been a considerable increase in awareness of this crisis as our society is moving in the direction of shredding our social safety net, making the lives of our most vulnerable fellow-citizens that much harder. Like my previous long-term projects, I interview my subjects and include their stories in their own words directly on their portraits. This strategy gives voice to the people I photograph and allows audiences to directly connect stories with faces.

Given the sensitive nature of this subject, I don’t just wander the streets to photograph. We don’t need more images of people sleeping on heating grates. Instead, I work with organizations that deal with homelessness every day. I’ve been partnering with the Chicago Coalition for the Homeless, one of the nation’s most respected non-profits dealing with this crisis. CCH helped introduce me to individuals to photograph and interview, which helps with the issue of informed consent, an essential component of all my work. I strive to establish a relationship of trust with the people I photograph and to portray them with dignity. 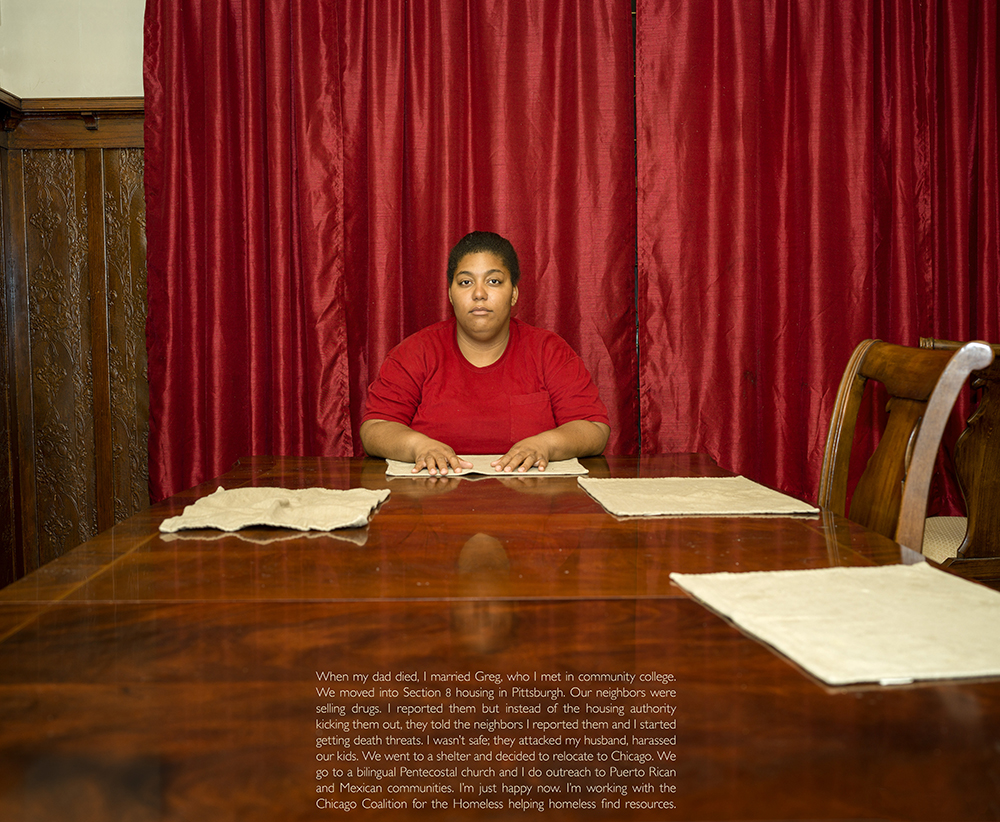 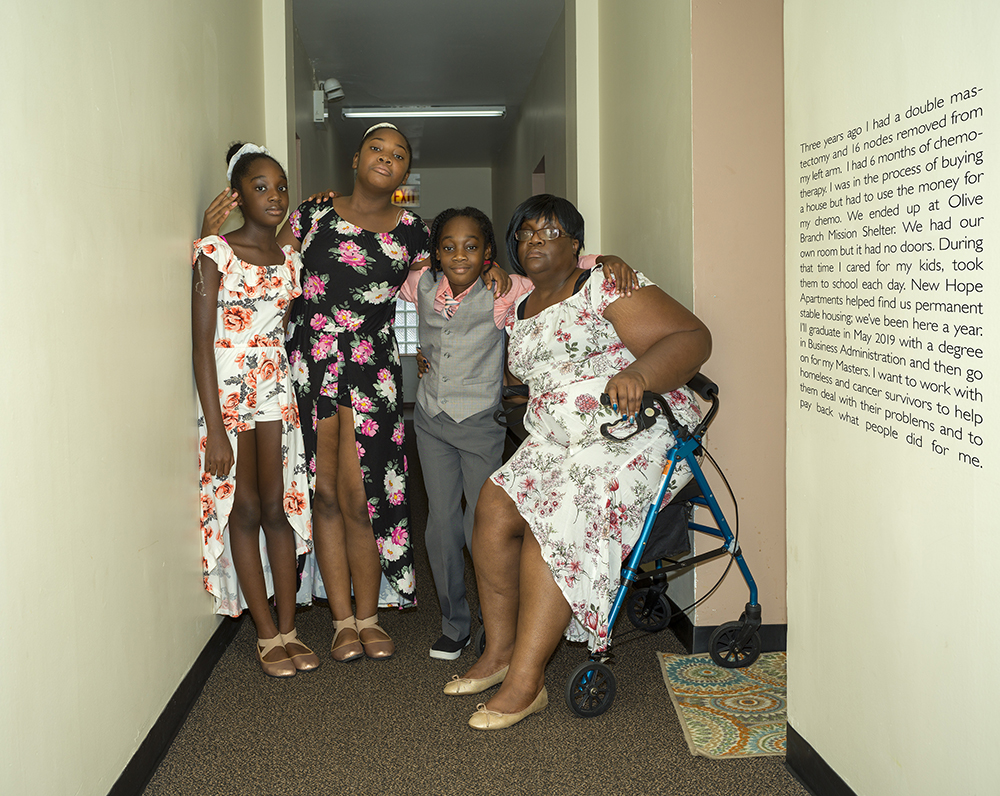 I’ve learned from CCH and other organizations such as Venice Community Housing and Safe Place for Youth in L.A., that homelessness takes many more forms than living on the streets and that the popular image of all homeless as mentally ill and/or drug addicts is simplistic and often incorrect. It’s important to dispel these stereotypes if solutions to this widespread problem are to be found.

In fact, most people experiencing homelessness are invisible: living doubled up with friends and family (~16,000 kids in Chicago Public Schools lack a permanent address); in short or long-term shelters; in hospitals or SRO’s (Single Room Occupancy hotels). There are homeless veterans; individuals and families who were evicted when their residences were foreclosed on; people who had sudden medical expenses that insurance didn’t cover. Job loss, divorce, death of a spouse or parent, domestic violence, coming out as gay, leaving foster care, lack of affordable housing, etc., all drive homelessness. Several individuals I’ve photographed are working poor, living in their vehicles or in tents and working full-time jobs. 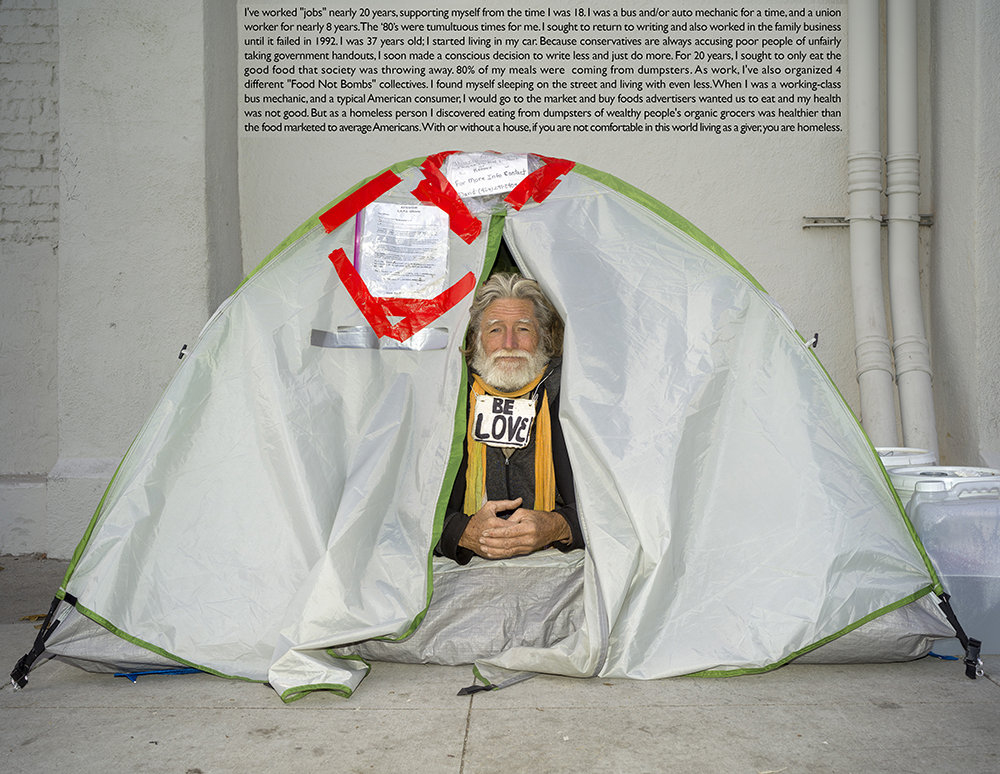 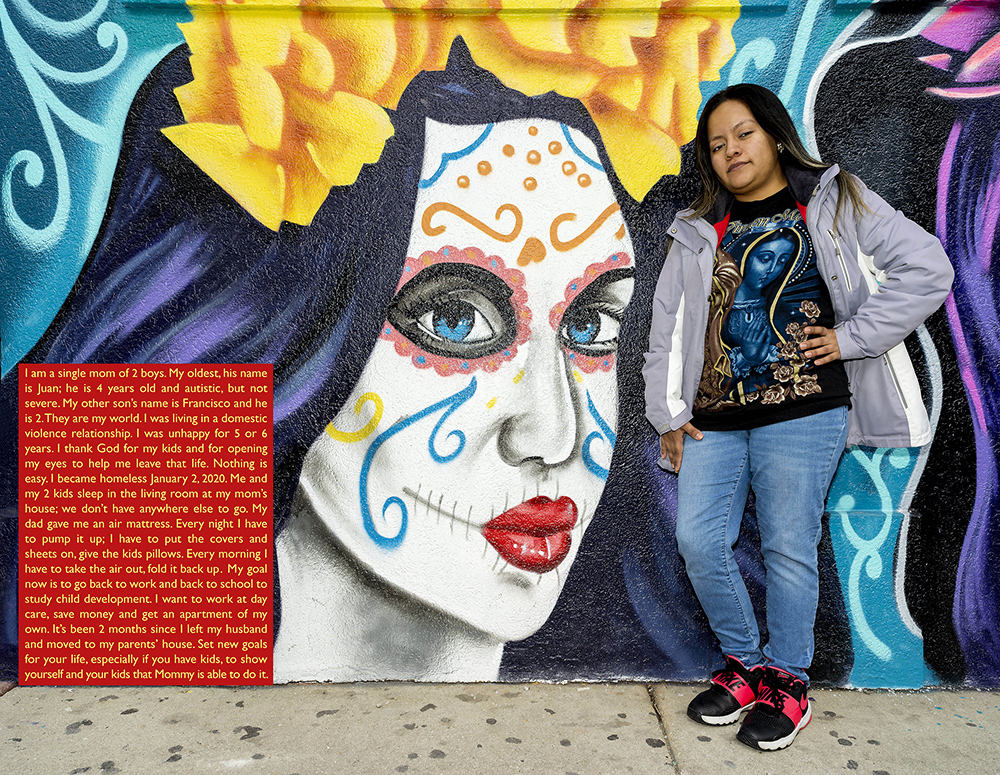 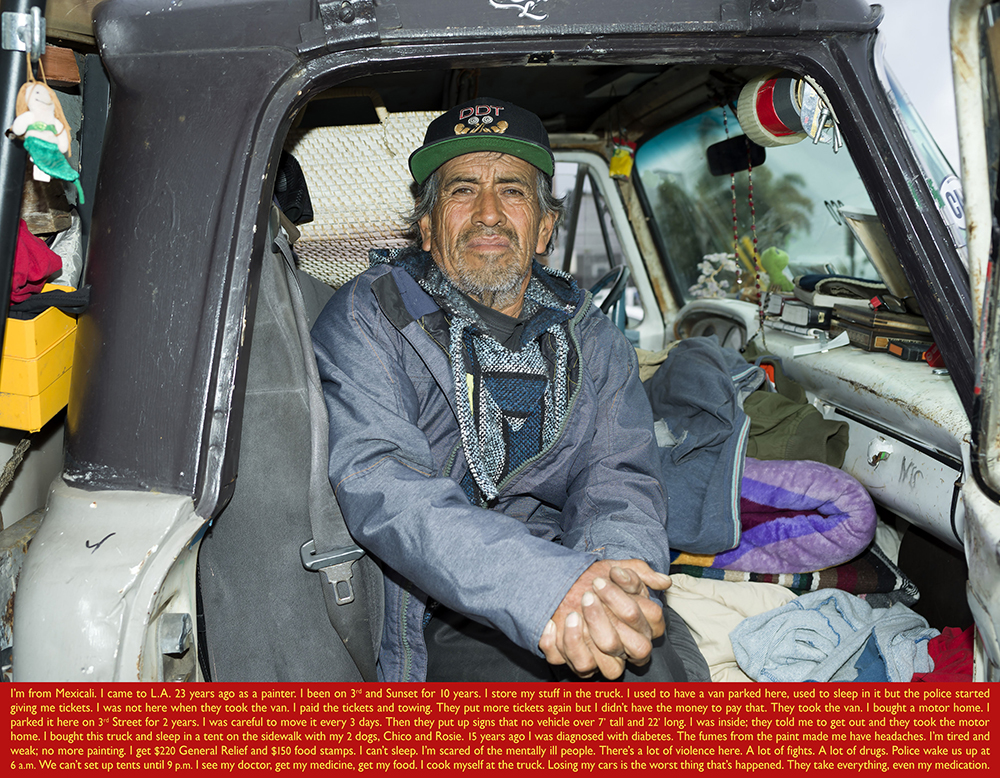 While I was engaged in this long-term series, the COVID-19 pandemic hit. Needless to say, it had a rather negative impact on this vulnerable population. Accordingly, I added portraits and stories of several homeless individuals who came down with the virus and lived to tell the tale.

I hope my photo/text images can contribute to the public discourse about causes and possible solutions to some of the difficult issues surrounding the world-wide homelessness crisis. 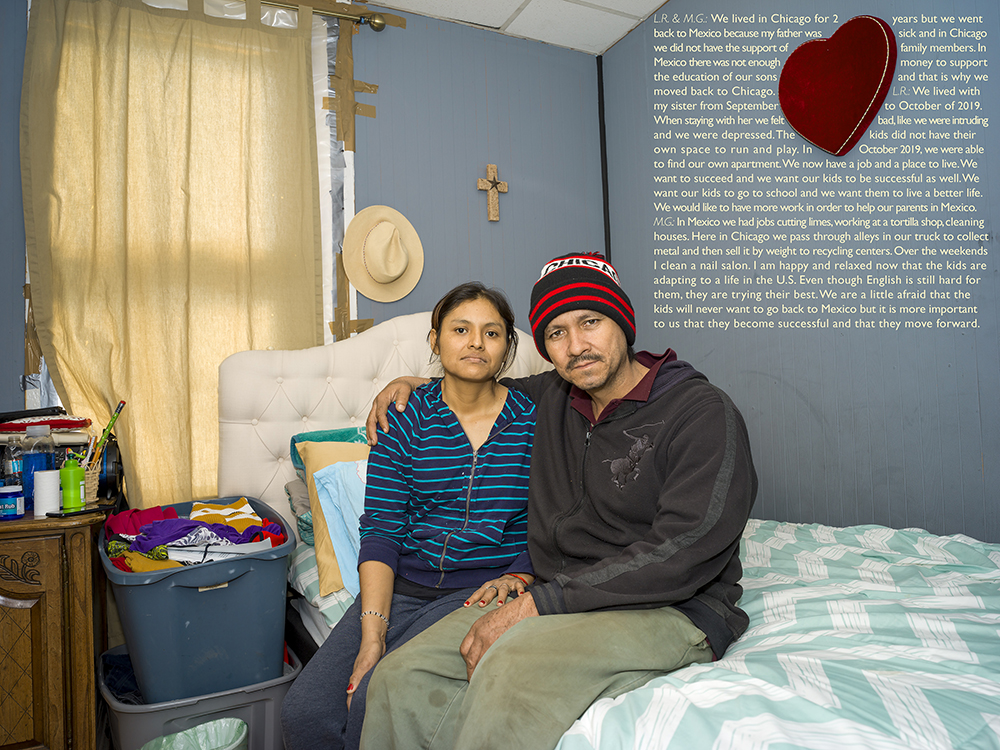 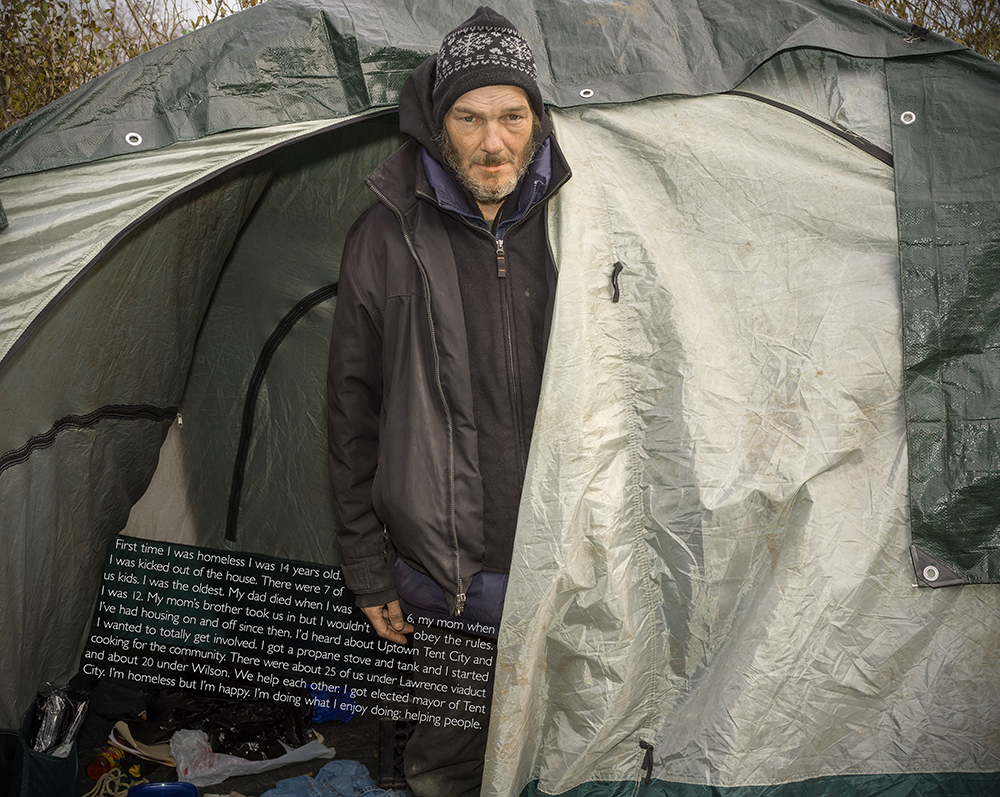 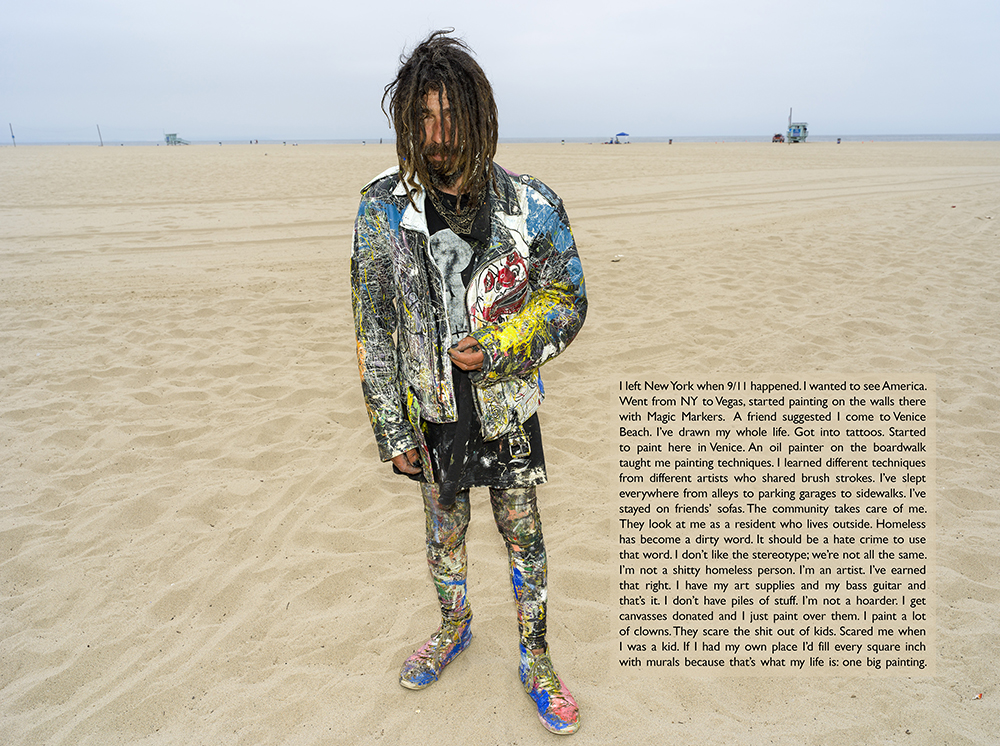 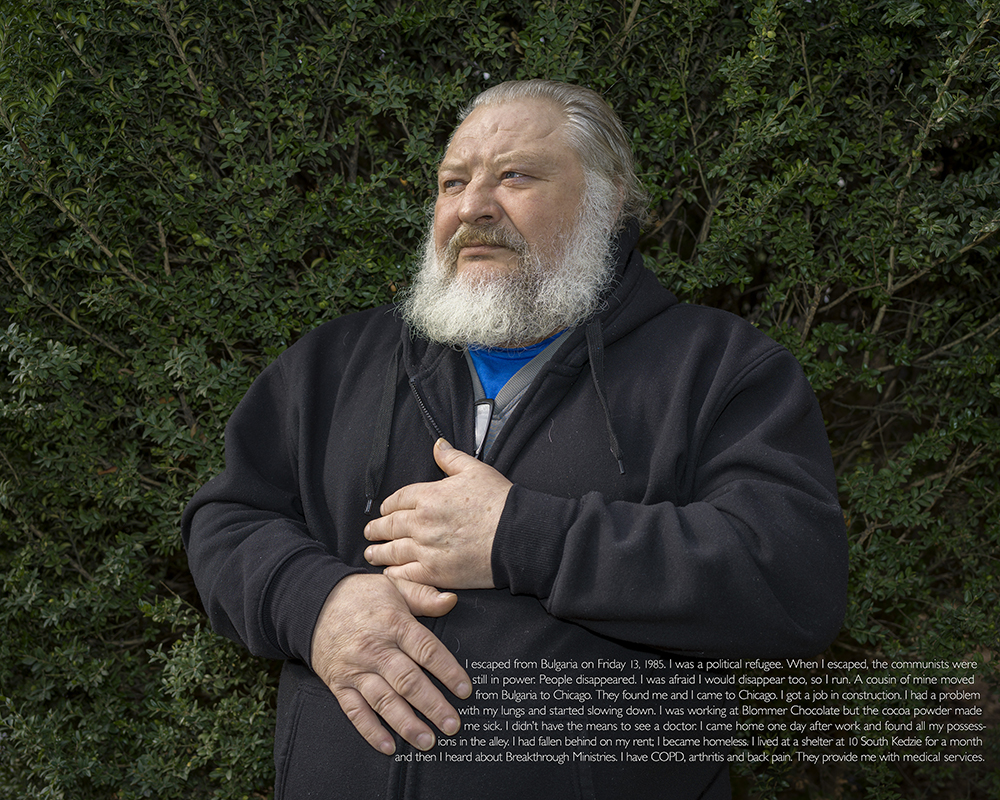 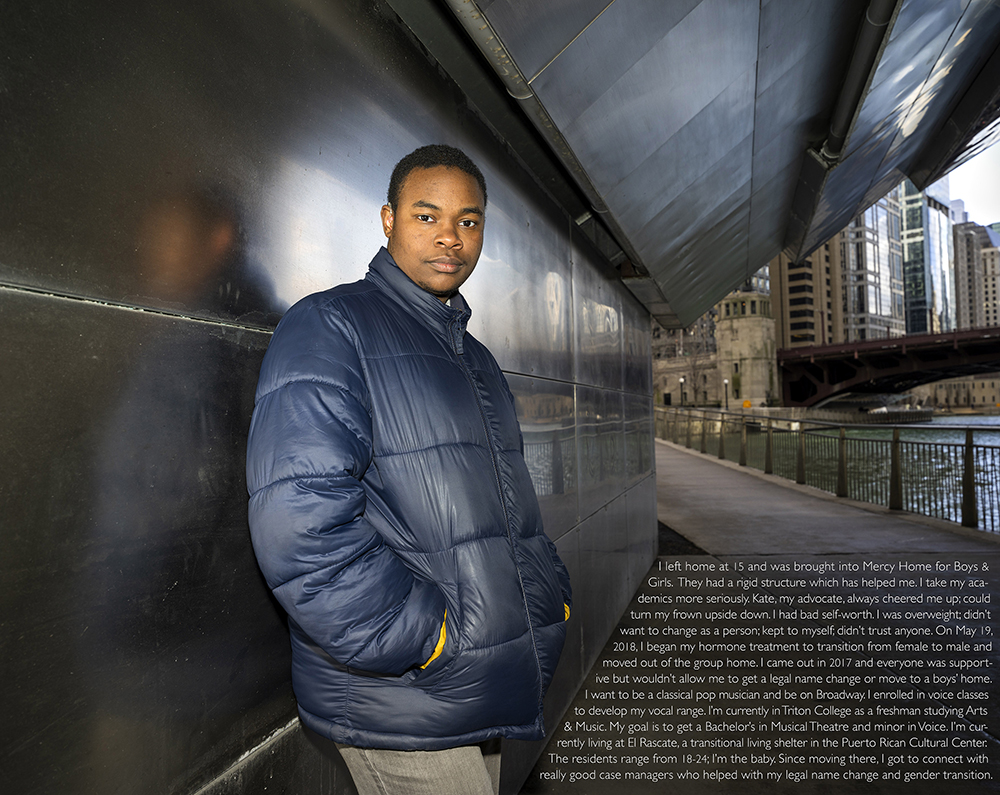 NEXT | The Where Are We Now Exhibition, Part 2 >
< Juan Herrero: Photographing the Far North | PREV