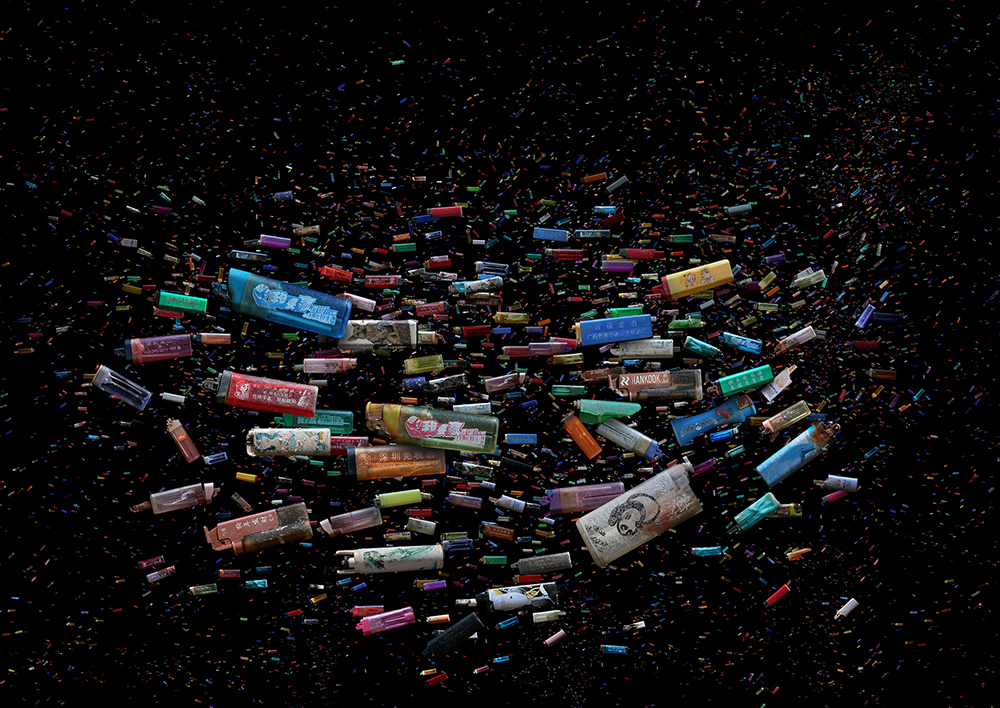 Photograph ©Mandy Barker, Discarded cigarette lighters make reference to our single-use throw away society. The panda, a national emblem of China represents endangered species and faces away from the group symbolising mother nature turning its back on man’s inability to take ownership of its waste.

This week we are featuring bodies of work are linked by this thematic lens:  making the often-invisible nature of the global climate and the ecological crisis more visible using conceptual, lens-based art techniques.  Each body of work speaks to a different aspect of the climate and ecological crisis:  sea level rise; coral bleaching; habitat loss and environmental destruction; deforestation; melting glaciers; plastic pollution.

Mandy Barker is an international award-winning photographer whose work involving marine plastic debris over the past 12 years has received global recognition. Working with scientists she aims to raise awareness about plastic pollution in the world’s oceans whilst highlighting the harmful effect on marine life and ultimately ourselves.

Barker’s work has been published in over 50 countries and exhibited world-wide from MoMA Museum of Modern Art and the UN headquarters in New York, to the Victoria & Albert Museum in London. Barker takes part in key expeditions alongside scientists, to some of the most remote places on earth, to represent the scale of the marine plastic problem with the intention of leading the viewer to take action. 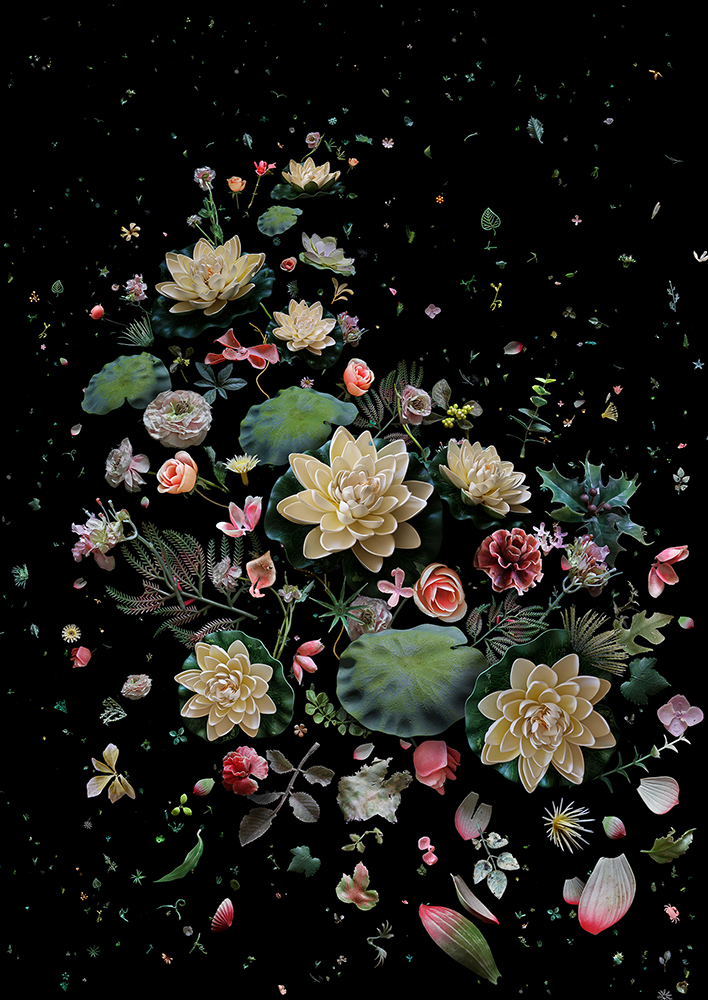 Photograph ©Mandy Barker, A collection of different species of discarded artificial flowers that would not exist at the same time in nature should not be found in the ocean. The flowers were recovered from various beaches in Hong Kong over three years.

‘Hong Kong Soup:1826’ is a series depicting waste plastic collected from over 30 different beaches in Hong Kong since 2012. Over 1,826 tonnes of municipal plastic waste goes into landfills EVERY DAY in Hong Kong, and each image reflects the diverse range of these products by highlighting recovered objects or groups that have escaped recycling or landfill.   The images directly relate to the traditions, events, nature, and culture of Hong Kong, with the intention of connecting with its people to provide awareness about the crisis facing effective waste management. Objects include products from manufacturing, retail, household and hazardous waste alongside agricultural, medical and fishing related debris. 湯 (SOUP) is a description given to plastic debris suspended in the sea, in this case with a direct reference to the waste crisis in Hong Kong. The series aims to engage with the public by stimulating an emotional response, combining a contradiction between initial aesthetic attraction with an awareness to encourage social responsibility.  All waste in this series has been collected over the past three years. It was photographed in both Hong Kong and the UK, representing a wide-ranging collection of debris that has existed for varying amounts of time on Hong Kong’s own doorstep. 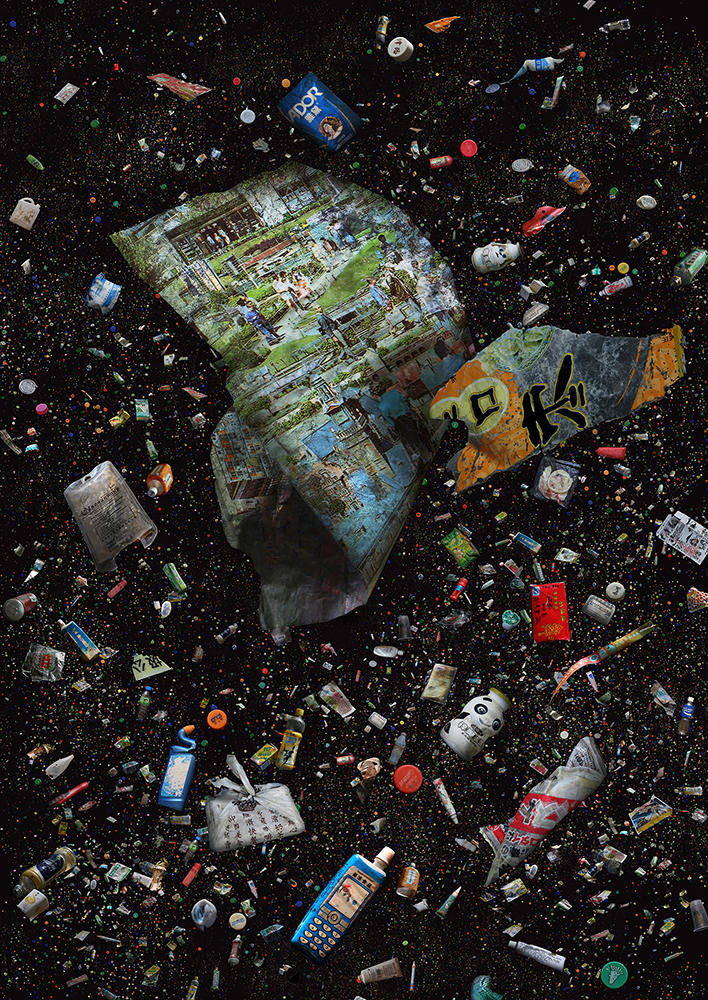 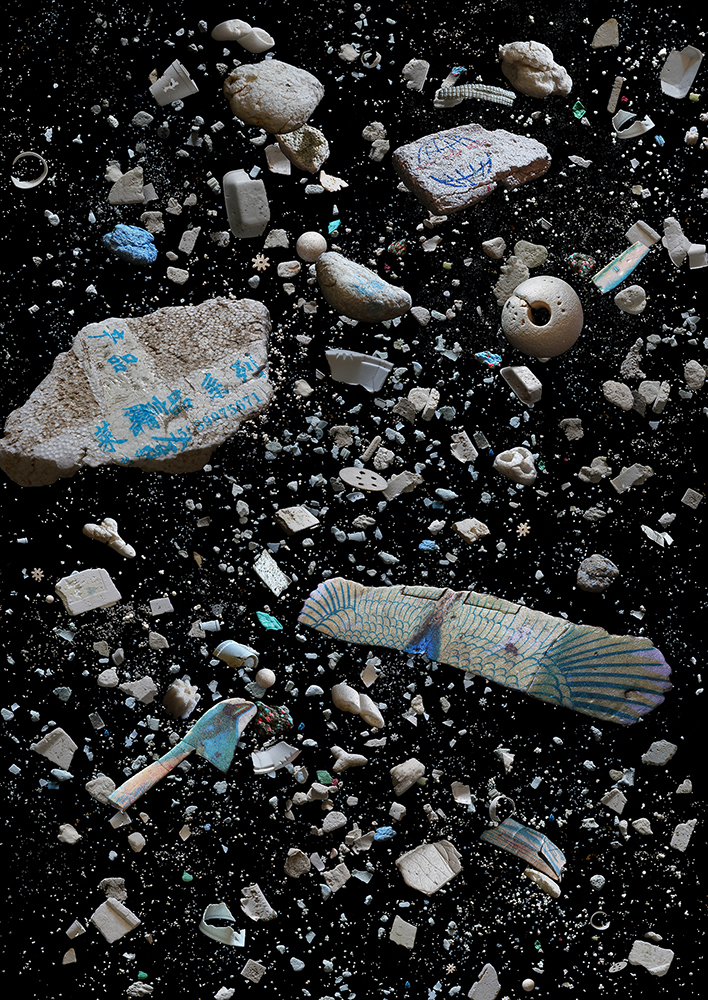 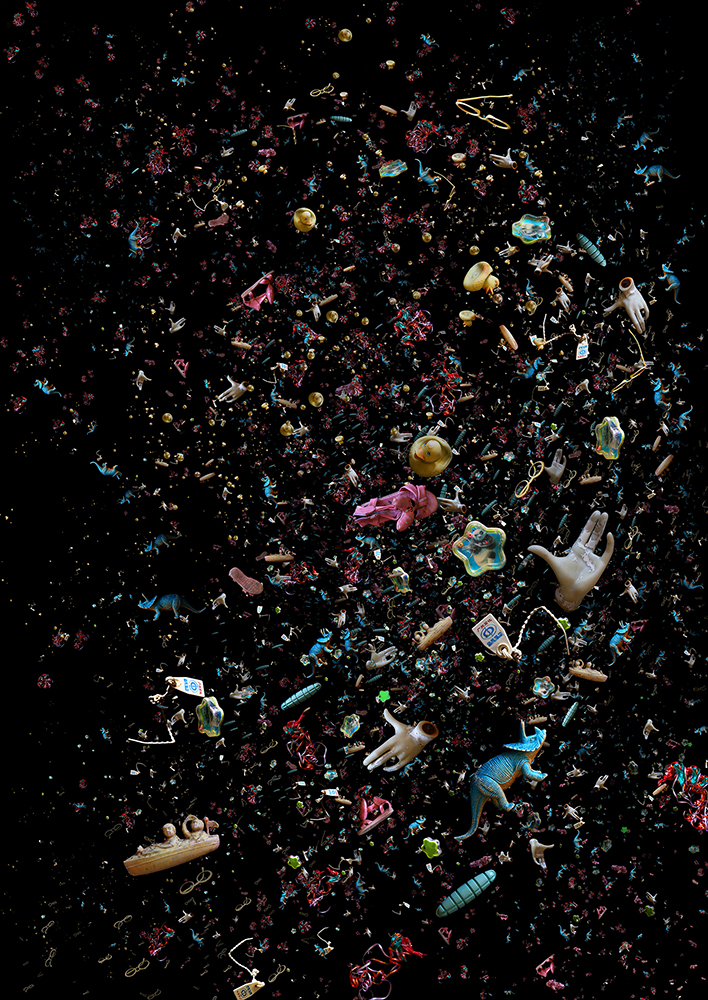 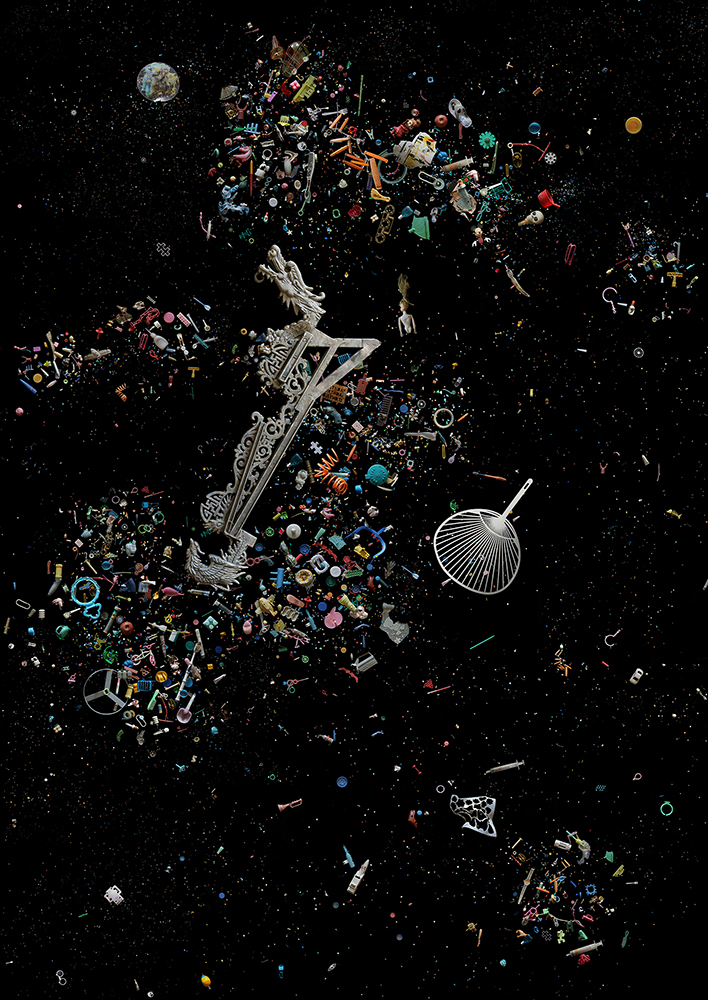 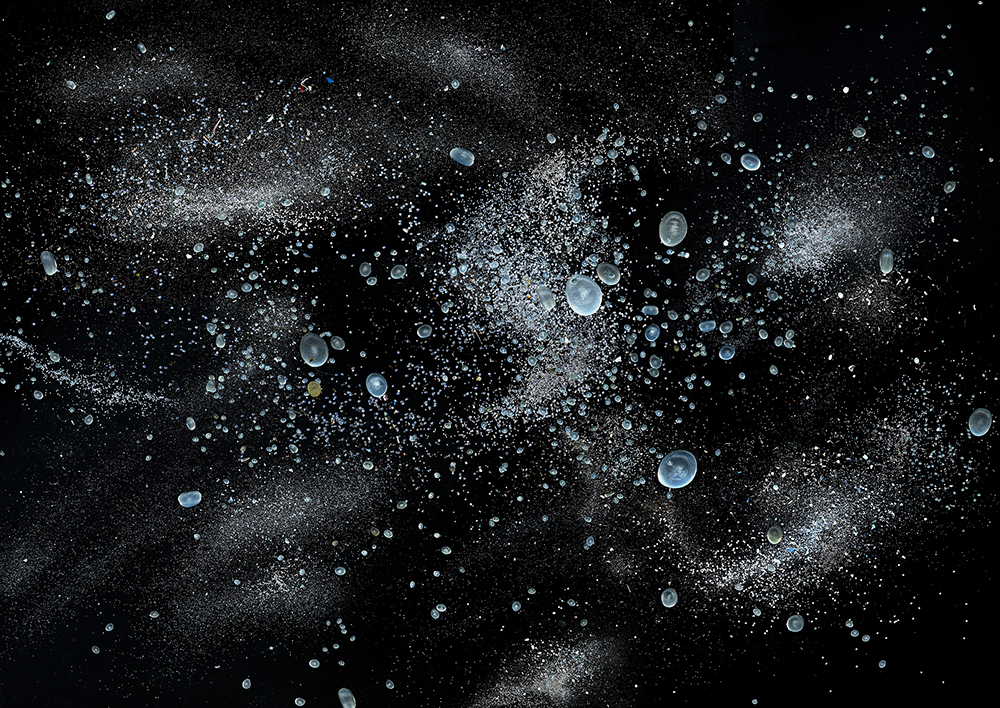 Photograph ©Mandy Barker, 150 tonnes of pre-production plastic pellets (nurdles) spilt from a cargo container during Typhoon Vincente on 23rd July 2012 adds to Hong Kong’s waste issues in its seas and on its beaches. 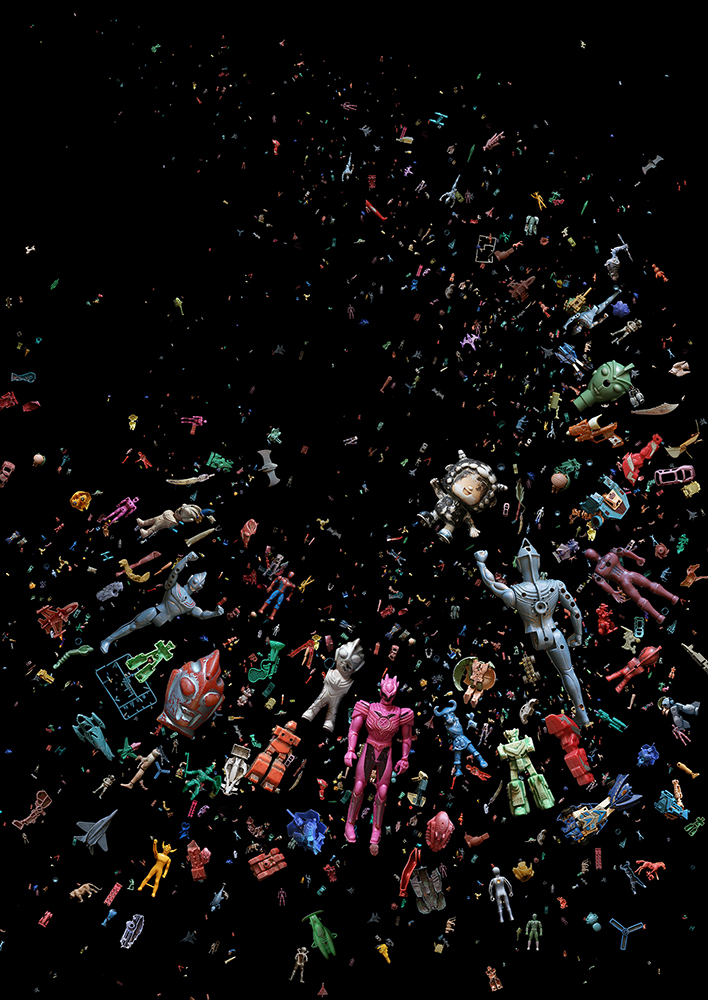 Photograph ©Mandy Barker, Recovered toys, action heroes and transformers reflect inadequate disposal of children’s toys – the message being to TRANSFORM the habits and behaviour of the younger generation in Hong Kong. 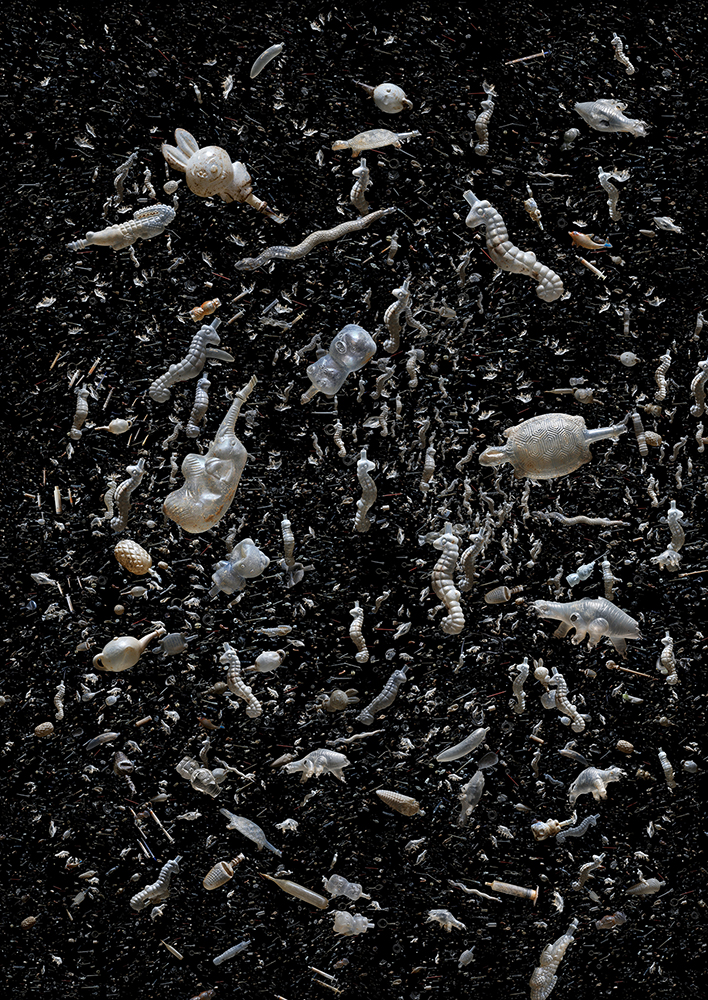 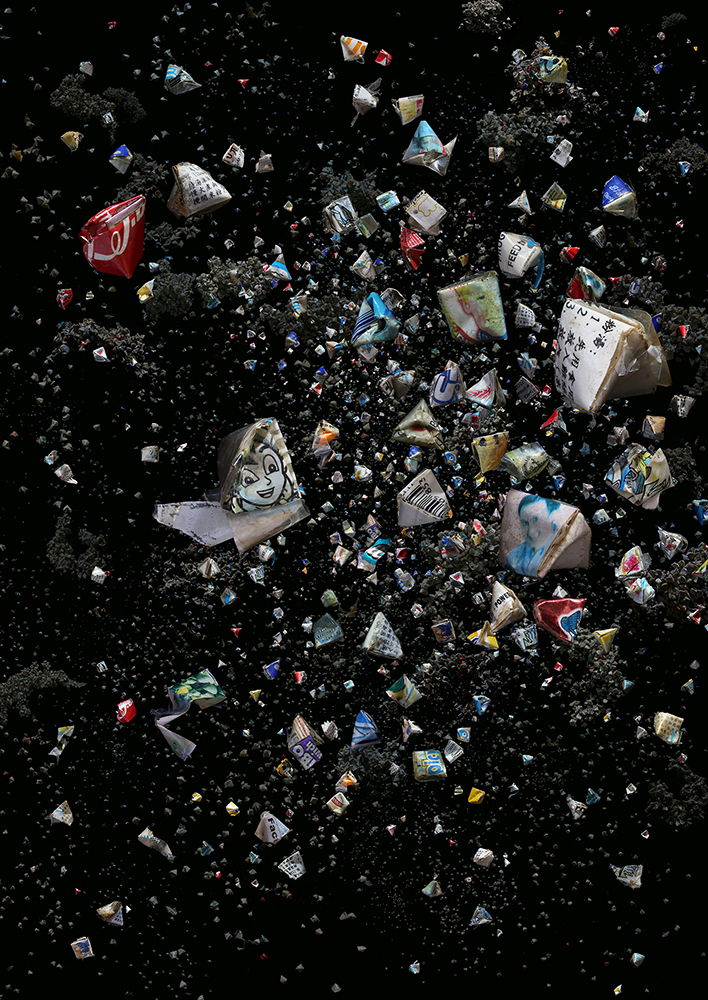 Photograph ©Mandy Barker, Miniature plastic waste imitation sticky rice packages found in the sea. Zongzi or zong are traditionally made from bamboo leaves and thrown into the sea as part of the dragon boat festival in Hong Kong.

Michael O. Snyder is a photographer and filmmaker who uses his combined knowledge of visual storytelling and conservation to create narratives that drive social impact. Through his production company, Interdependent Pictures, he has directed films in the Arctic, the Amazon, the Himalaya, and East Africa.  His photojournalism work has been featured by outlets such as National Geographic, The Guardian, and The Washington Post.  He is a Portrait of Humanity Award Winner, a Society of Environmental Journalists Member, a Pulitzer Center Grantee, and a recent delegate to the United National Climate Conference.  He holds an MSc in Environmental Sustainability from the University of Edinburgh, Scotland and a BSc from Dickinson College, Pennsylvania.  He lives in the shadow of the Blue Ridge Mountains of Central Virginia.