Phaedra Call-Himwich is a photographer. This is all she knows for sure. Growing up, everyone told her what she should “be.” Photographer is the only “being” she came up with on her own. It stuck.

Born in Raleigh, N.C., Phaedrea currently lives in Asheville, N.C. She received a degree in English from East Tennessee State University and never intended to be a photographer. But what I’ve learned from photography is that intention has very little to do anything. I’m reminded of Diane Arbus, who said: “I never have taken a picture I intended.” Funny then that “why?” is a question I hear a lot as a photographer. I’m not always certain of my intention. In fact, I feel that I make my best photographs when I am reacting from a subconscious level, when the layers of motive have been removed.

Her new series, I am Emily Dickinson, explores a life of someone at the end of life, whose sanity is in question. Phaedra captures the poignancy of solitude, of aging, and life on the edge in this intimate series.

Approaching an inevitable future, a dying woman on a couch reached into her past and conjured up something she could not face. So reaching back farther, she found another life to which she could cling. “I was Emily Dickinson, you know,” she informed me on the day we met. 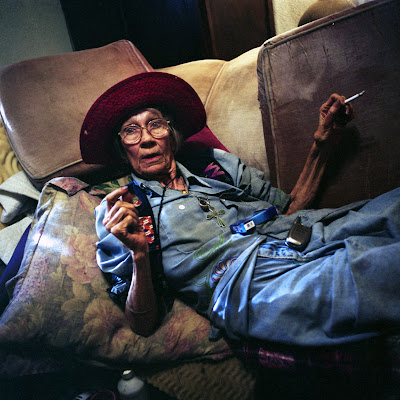 She lives in this way: suspended above death and yet hurdling towards it, smoking to stay busy and drinking to pause pain. A life unravels slowly. A person is left lingering. Death has “Emily” cornered in a prison of inertia and infirmity – she clutches at life but she yearns for death all the same. 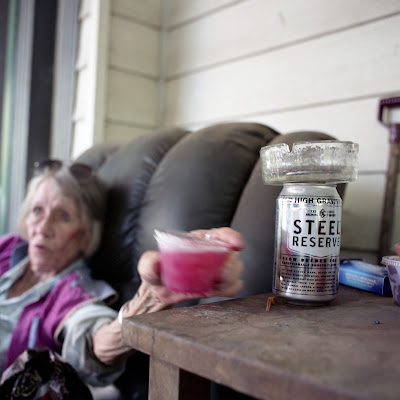 I have wondered if we ever really let go and what keeps us holding on. These photographs are the only answers I have found. 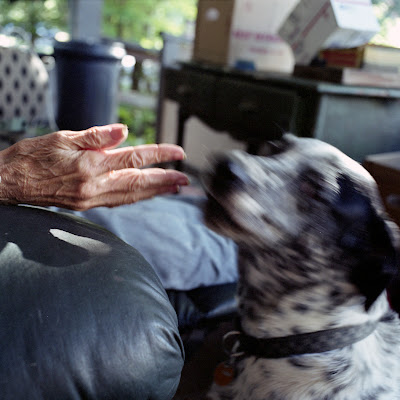 I like answers. I have a shaky system of beliefs. I like reason and rationality and I don’t invest much in anything else. I have thought a lot then about why I was drawn to this project, photographing a woman who most people would categorize as insane. 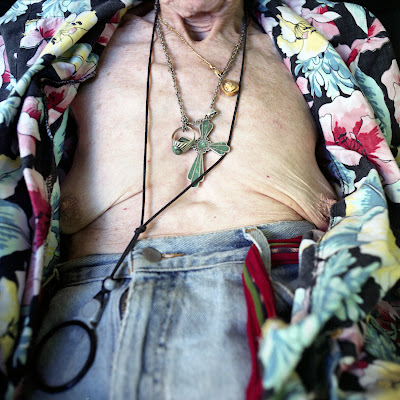 On the day that I met this woman, she said she remembered me “from the clouds.” You have nod when someone tells you that. You also kind of have to think they might be crazy. 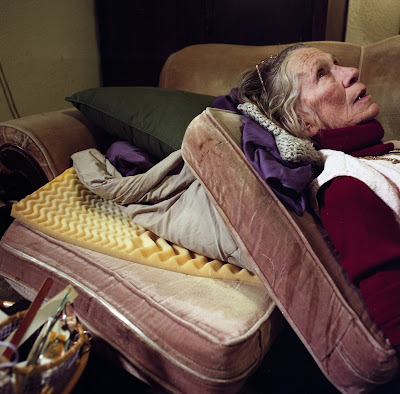 It’s an intimate process – collaborating with a subject as a photographer. There’s a magical kind of honesty that takes over. This combined with her air of authority – the kind you are owed when you are about to die – made me believe her. I started to believe that she used to be Emily Dickinson, that she rode bulls as a young woman, that she watch a murder happen from her porch across the street, that a ghost named Cynthia visited her as a girl, that she talked to god. 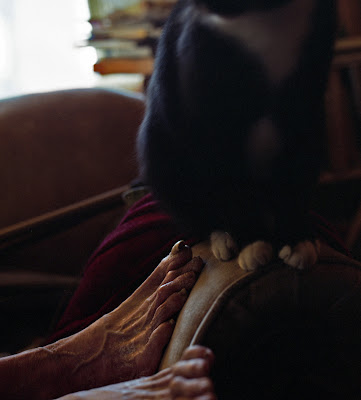 Looking through the ground glass at “Emily Dickinson,” I found something to believe in. 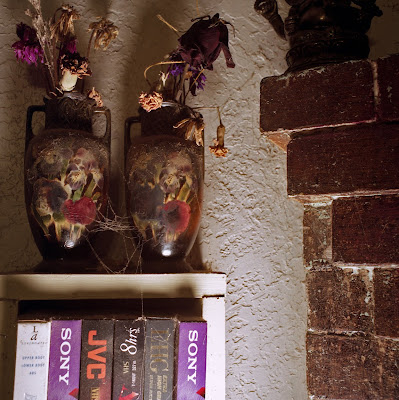 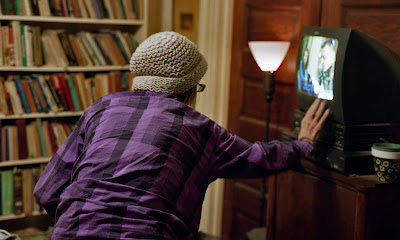 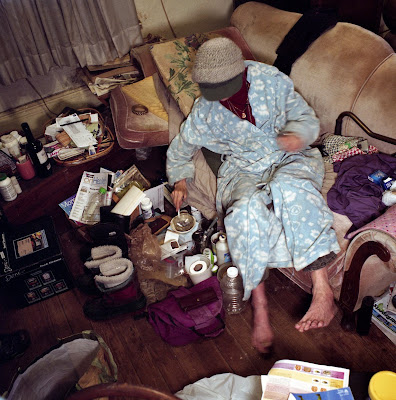 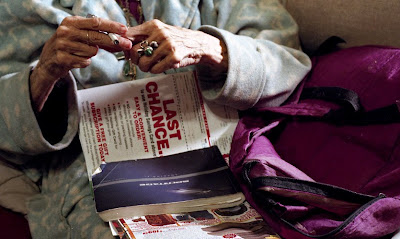 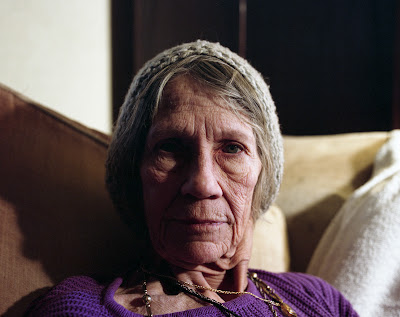