Marc Yankus: The Space Between by Aline SmithsonMarch 31, 2014 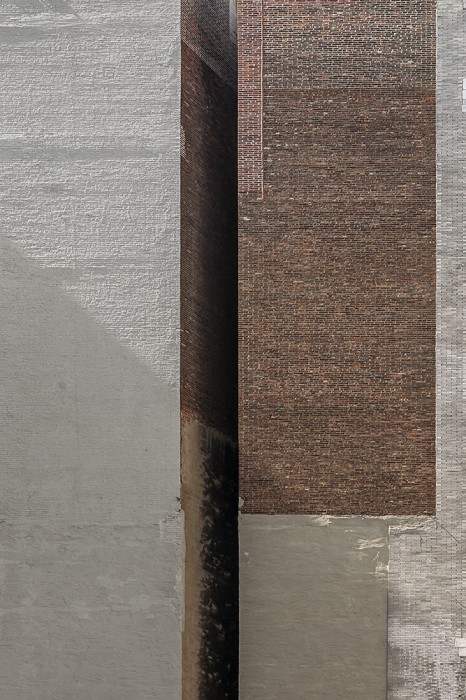 Opening April 3rd, the wonderful Marc Yankus will open a new exhibition, The Space Between, at the Clamp Gallery in New York, running through May 17th. With this body of work, Marc shifts gears and moves away from his soft focus imagery and creates work that is both surrealistic and hyper-real. Marc states, “In my new work, I have attempted to ‘rebuild’ New York through my own, imagined vision, in which the city’s historical buildings, so often taken for granted, exist as living presences.”

Over the last three decades, Marc  has built a reputation as an artist creating imagery with an uncanny eye for the beauty inherent in the structures of New York City and its denizens. His luminous art photographs have been exhibited in galleries and museums across the United States and in international art shows, including the Brooklyn Museum, Exit Art in New York, The Library of Congress, ClampArt in New York, Wave Photogallery, Brescia, Italy, and Les Rencontres d’ Arles in Arles, France. Marc’s artwork has graced the covers of books by Salmon Rushdie, Philip Roth, and Alan Hollinghurst, among many others. His images have also been used for theatrical posters for such acclaimed Broadway shows as Jane Eyre; August Wilson’s Ma Rainey’s Black Bottom; and John Patrick Shanley’s Pulitzer Prize winning play Doubt. Additionally, Marc’s photographs have appeared both on the covers and inside the pages of numerous publications ranging from The Atlantic Monthly to The New York Times. 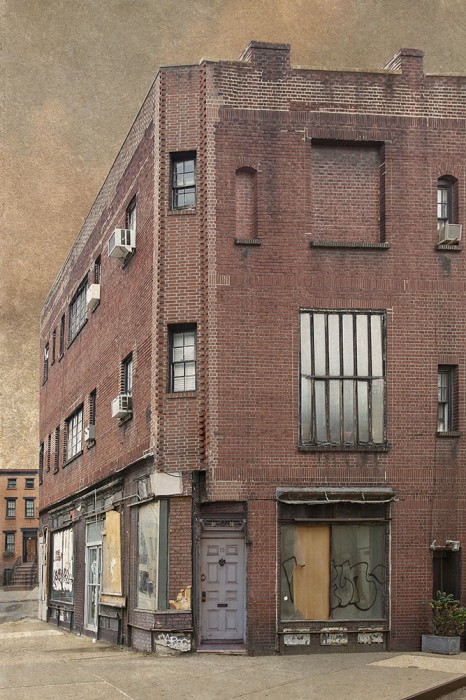 This work presents a subtle, surrealistic alteration of the architectural landscape found in New York City, where imagination and documentation meet. Some portraits are more detailed and others more abstract, but all serve to rebuild and honor the buildings while making a statement about altered perception, reality, and past preservation.

I’m drawn to the majestic details and materials of classical historical buildings, many of which are hidden from view, tucked behind new architecture. In these instances, a mere sliver of the old, of history, is there to be photographed, leaving me to recreate the rest of the building to make it whole again. In my mind’s eye, I’m rebuilding my own imagined vision of the city, in which historical buildings exist as living presences, adding to the fascination of New York. 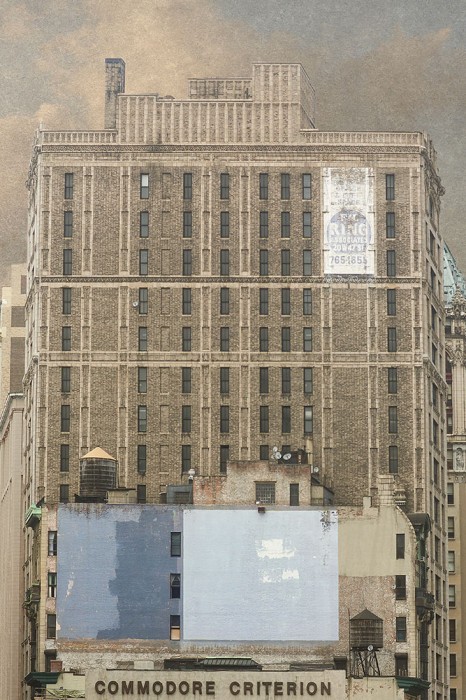 In these photographs of the city, there is a very precise, almost hyper-real quality. The exactitude of the lines and the enormity of detail imbue the photographs with the meticulousness of architectural renderings. However the works plays off of the rigidity with a soft, subdued palette and a texture in the images, which curiously seems to speak of history, memories, and the past.

Walking though this city, seeing though my eyes, the building bricks, textures and shapes are like paintings. Some structures are odd, some magical, beautiful and inspiring. 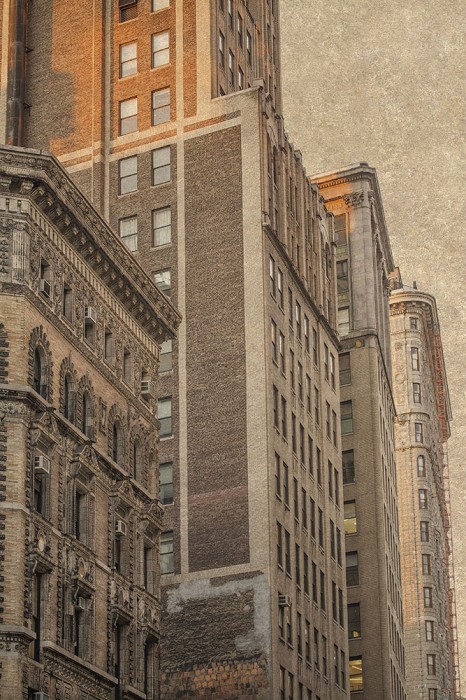 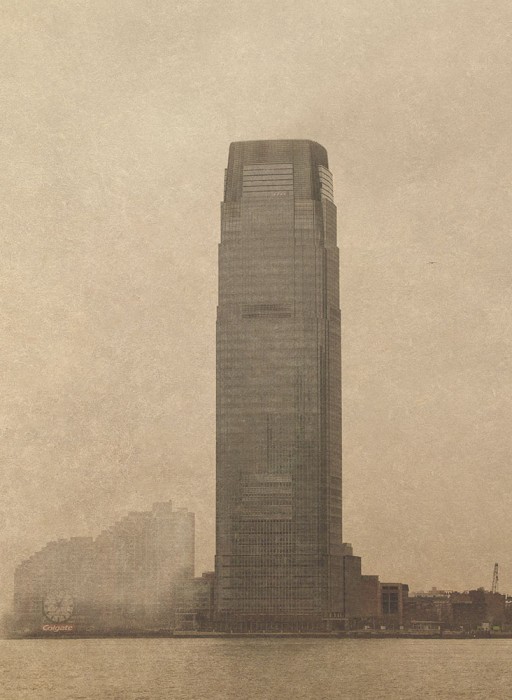 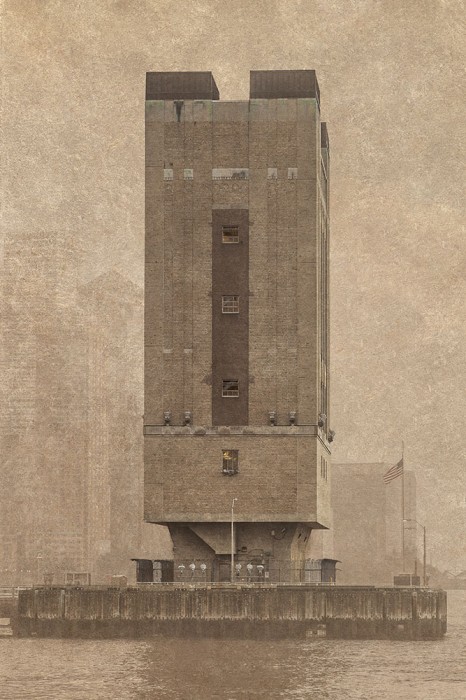 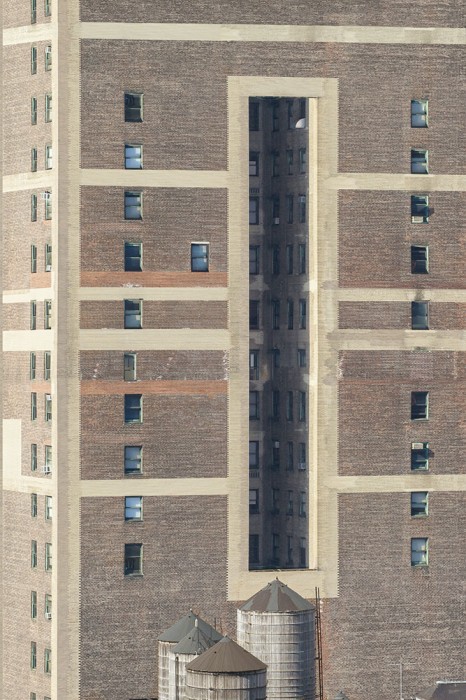 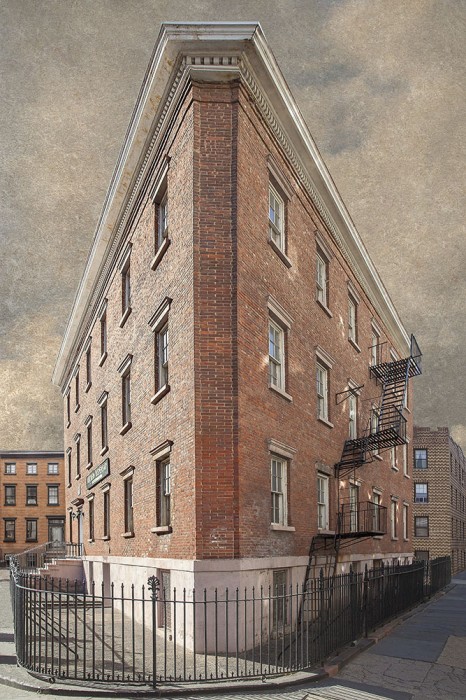 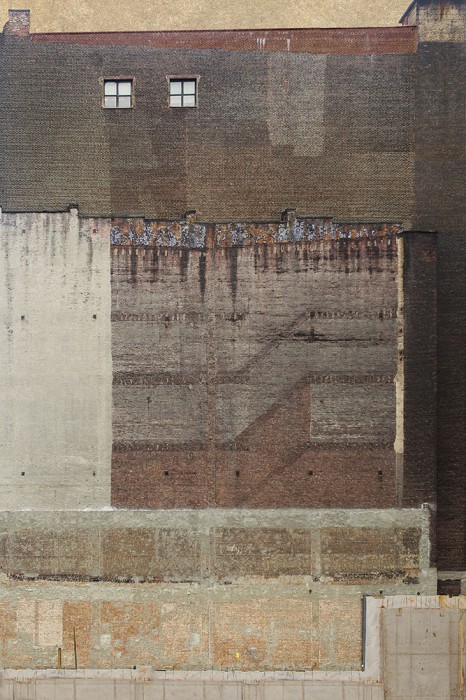 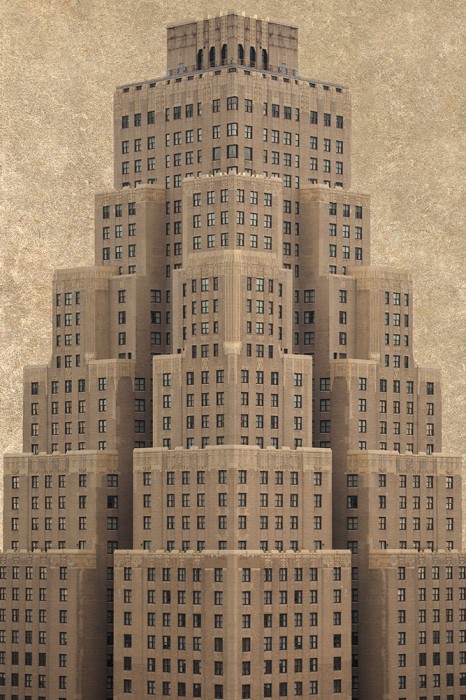 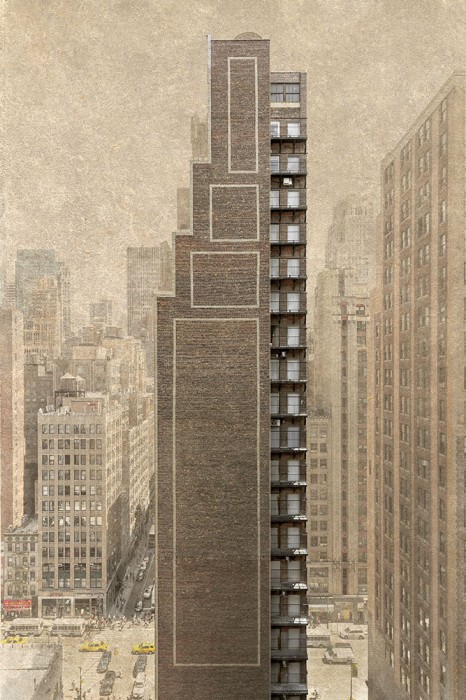 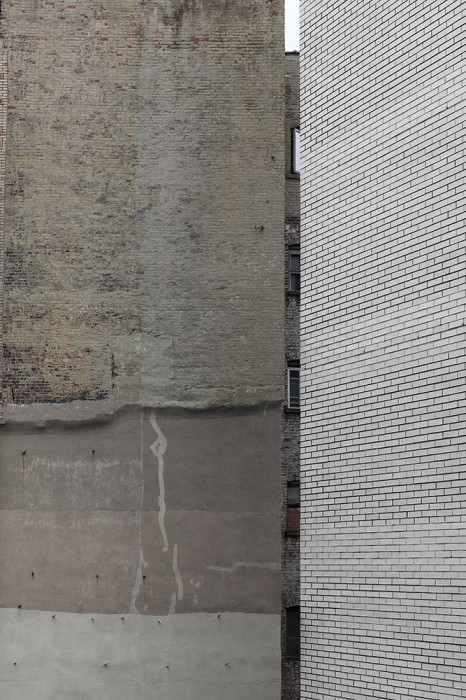 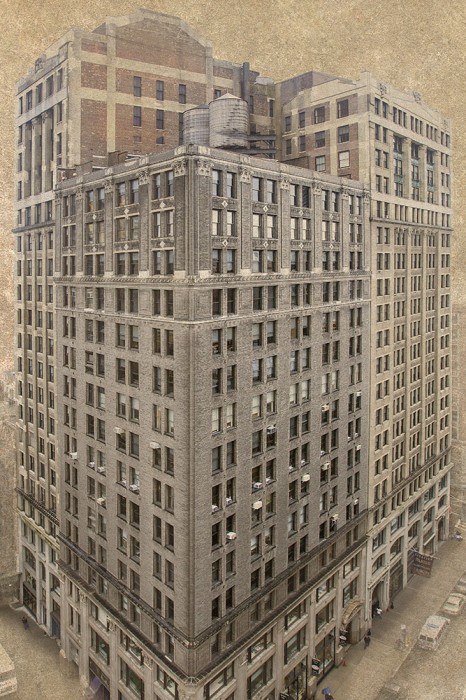 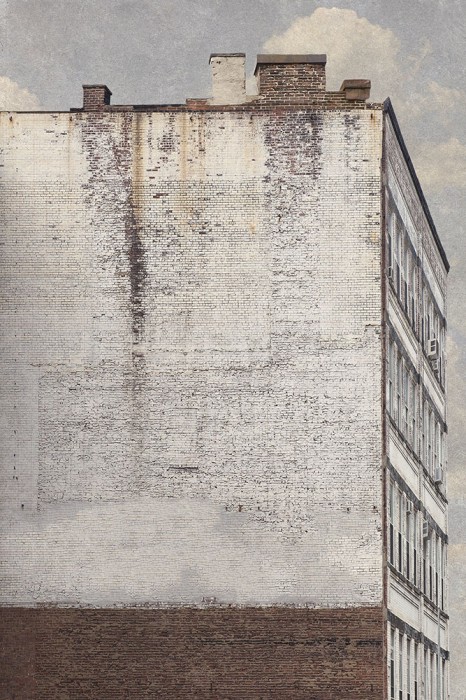 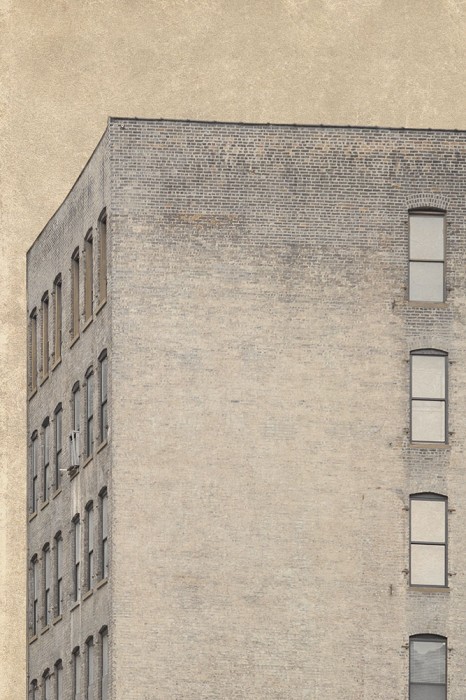