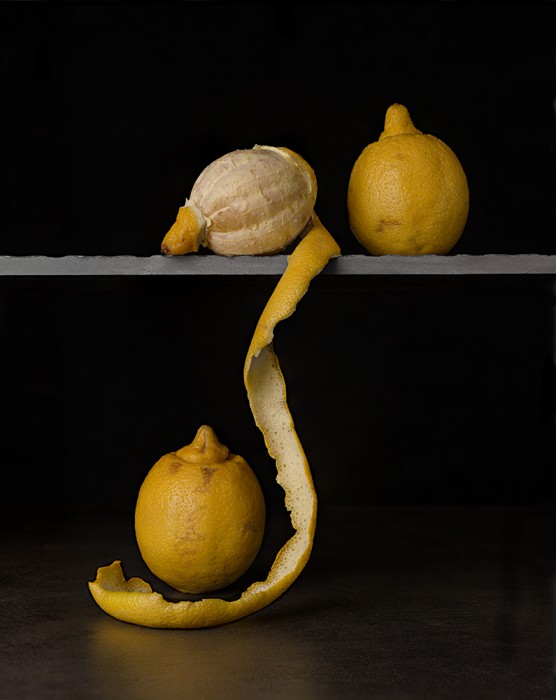 It’s no secret that I am a fan of still lifes and I was happy to discover the work of Tim Brill when I jurored the Still Life exhibition, Marvelous Things,  for the PhotoPlace Gallery in Vermont. Using a Dutch Master’s eye and a conceptual perspective, Tim creates beautiful and sometimes whimsical tableaux of what is on our table.

Born and raised in New York City, Tim left in 1996 after realizing that it wasn’t necessarily the center of the universe. After stints in Boulder, LA and upstate New York, he is now settled in the vibrant photographic community of Portland, OR. After doing some photography course work in high school and college, Tim was distracted away from photography for a number of years while pursuing what he considered a “real world” career. At the millennium, he came to his senses and returned in earnest to fine art photography, initially in the traditional B&W darkroom based landscape realm, but soon moving into color and studio based Still Life work. In the studio, Tim creates compositions that try to marry traditional painting and modern photographic sensibilities. His work has been exhibited in both solo and group shows in the Pacific Northwest as well as other venues nationally. 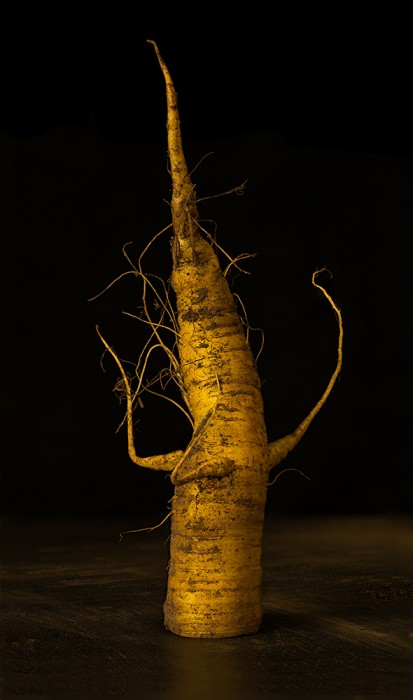 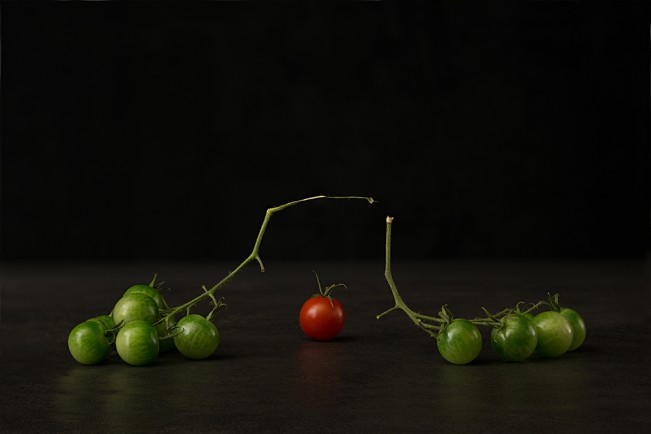 Having artistic aspirations and not being able to draw a straight line may incline the less despairing of us to pick up a camera. Appropriating the traditional painterly genre of Still Life tenuously provides the sense of creating from nothing, of “making” rather than “taking.” As inspiration for this portfolio, I draw on the 17th century Dutch and Spanish masters of Still Life such as Adriaen Coorte and Juan Sanchez Cotan, whose works often feature simple, everyday and frequently ephemeral objects depicted in austere environments.

The term Still Life is essentially oxymoronic and in this body of work I look to animate that stillness by removing all identifiers of the quotidian nature of the objects. By careful placement of one type of fruit or vegetable in empty, graphic space, my intent is to add narrative to formal structure. The photographic still life, in its insistence on the reality of the object, is able to add that narrative in a way that a painting cannot. The title for this body of work, Still/Life, reflects that intent. 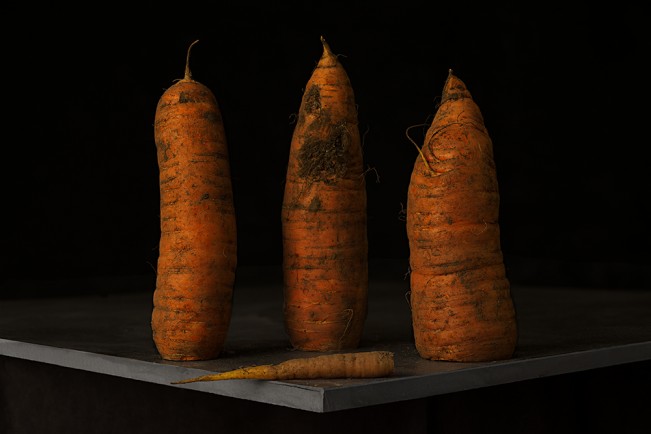 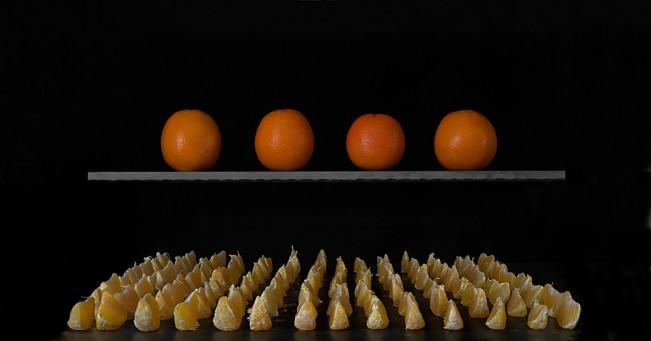 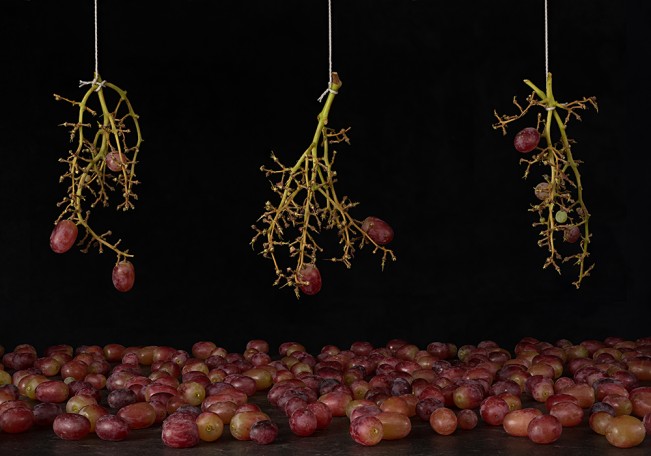 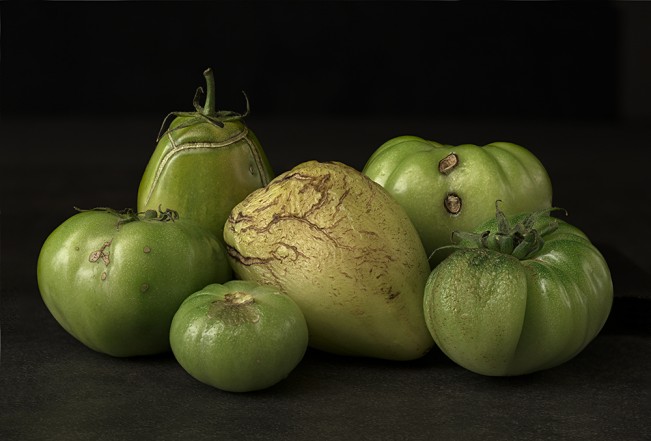 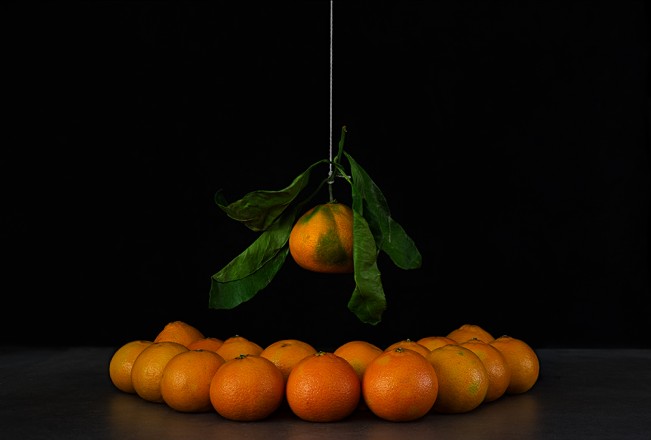 Orange on a String ©Tim Brill 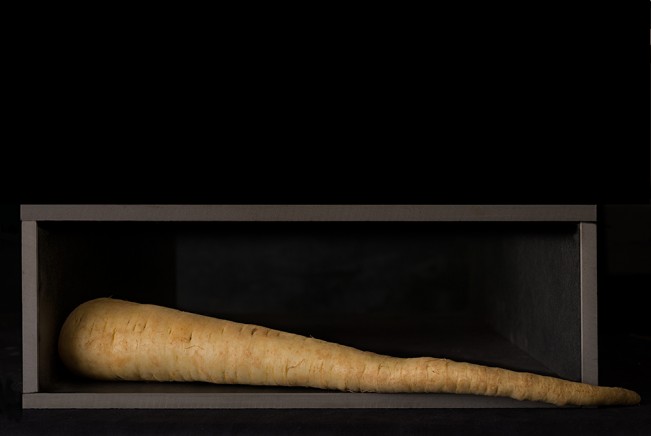 Parsnip in a box ©Tim Brill 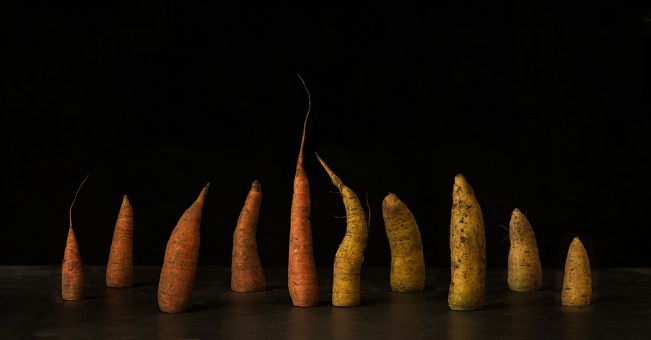 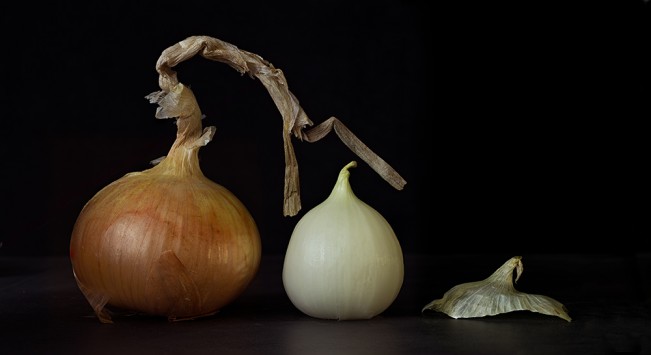 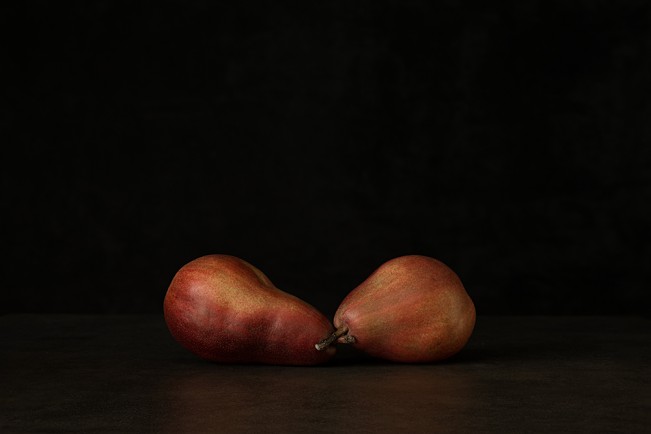