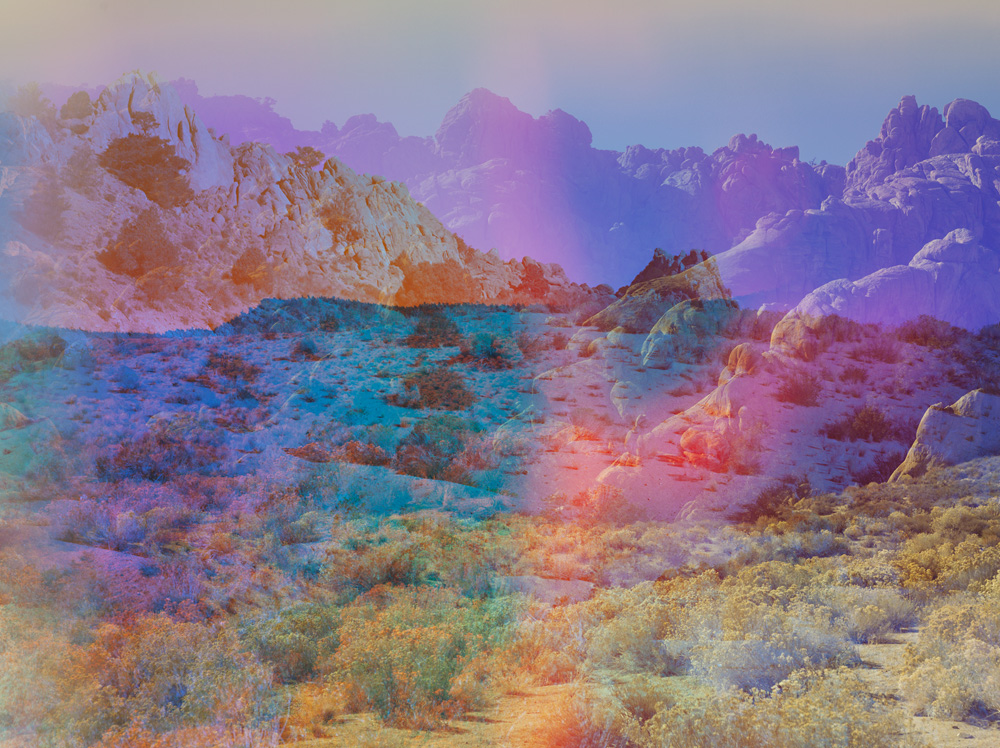 I’m extending an invitation, not to view untouchable, pristine places from a distance, but rather to step inside and move beyond the confines of our everyday perceptions. In each of my images there’s a possibility, a story of what could never really happen, but then it did.- Terri Loewenthal

Oakland-based artist Terri Loewenthal has just opened a solo exhibition, Psychscapes, at CULT | Aimee Friberg Exhibitions that runs through April 21, 2018. The historic legacy of landscape photography has been predominantly masculine, but in the last few years,  a female examination of the land has resulted in refreshing and exciting approaches to open spaces. Terri’s work investigates “the sublime expanse of land and sky romanticized in the still-potent mythology of Utopian California” and the photographs in Psychscapes are single-exposure, in-camera compositions that utilize special optics developed by Loewenthal to compress vast spaces into complex, evocative environments. These photographs combine straightforward landscape photography with explorations into the psychology of perception.

Terri Loewenthal has exhibited at diverse venues including Yerba Buena Center for the Arts (San Francisco, CA), Minnesota Street Projects (San Francisco, CA) and Berkeley Art Museum and Pacific Film Archive (Berkeley, CA). Her work is included in many private collections. She is also founder of The Chetwood, a residency program that provides housing for artists visiting the Bay Area, allowing them to create lasting community with supportive peer networks outside of typical art-making structures. Loewenthal is a frequent collaborator with many Bay Area arts organizations including Creative Growth (Oakland, CA) and has been an active musician for over a decade; her bands Call and Response, Rubies and Shock have performed extensively nationally and internationally. Terri has a Bachelor of Arts from Rice University in Houston, Texas and is originally from Washington, D.C. and South Florida. 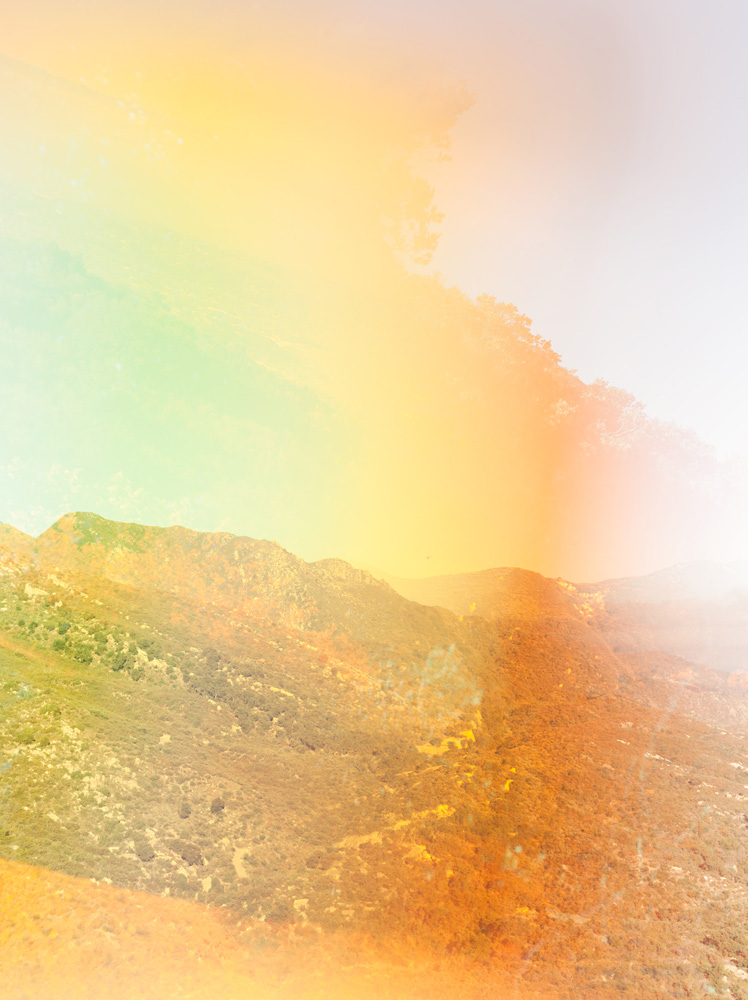 If you head west, then further west, you reach the coast. Where do you go from there?

I was referring to these images as psychedelic even before I made them. To have a psychedelic experience is to free your mind from its normal constraints. When I had the idea for these images, I was able to shift the colors of the natural world in my mind. Skies were pink and leaves were blue.

I’ve always been envious of painters’ ability to shift reality in whichever direction they choose. With this work, I wanted to do something similar: create a world that is familiar yet also wild, otherworldly. My work is a marriage of calculation and spontaneity. I have a toolkit and a sense of what might happen, but at the same time, it’s a surprise. I love the idea of making an “impossible” image. 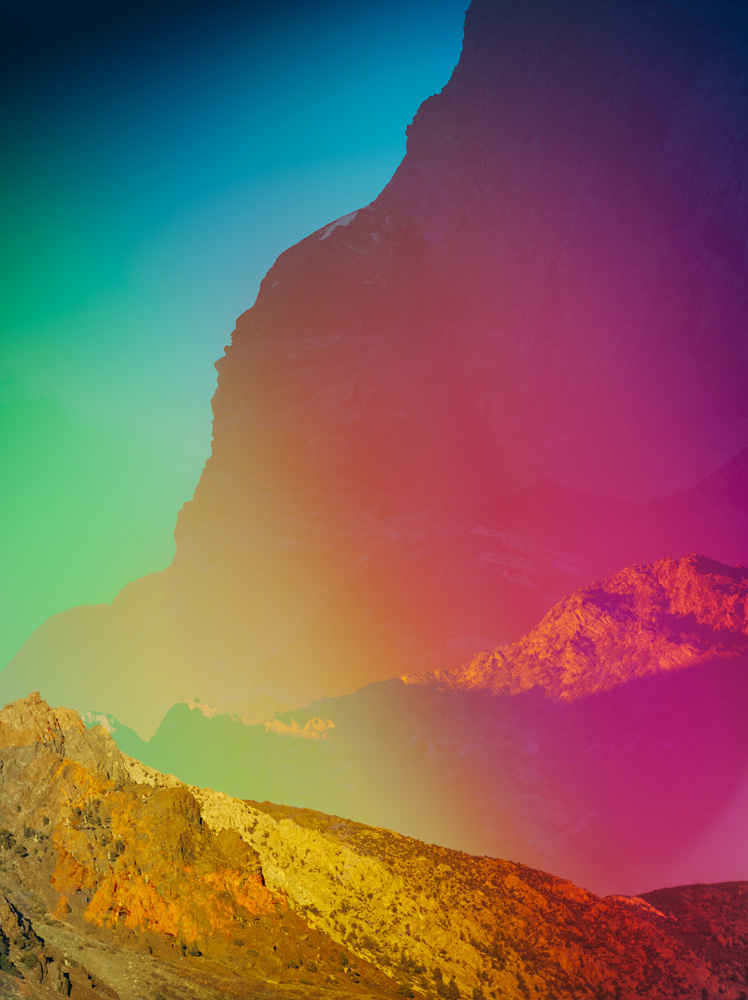 I once read an article about Yosemite in Time (2005), a book that came out of Rebecca Solnit’s trips with the photographers Byron Wolfe and Mark Klett to rephotograph sites originally photographed by Ansel Adams. Klett said, “What we saw in the Adams photographs is: This is nature. And it’s beautiful because you’re not there.” That’s such a contrast to my work. I’m extending an invitation, not to view untouchable, pristine places from a distance, but rather to step inside and move beyond the confines of our everyday perceptions. In each of my images there’s a possibility, a story of what could never really happen, but then it did.

Our current political reality includes a government unwilling to confront ecological collapse and a president who is actively deaccessioning public land. I want these images to help preserve the wildness of our open spaces — by heightening and newly envisioning that wildness.- Terri Loewenthal 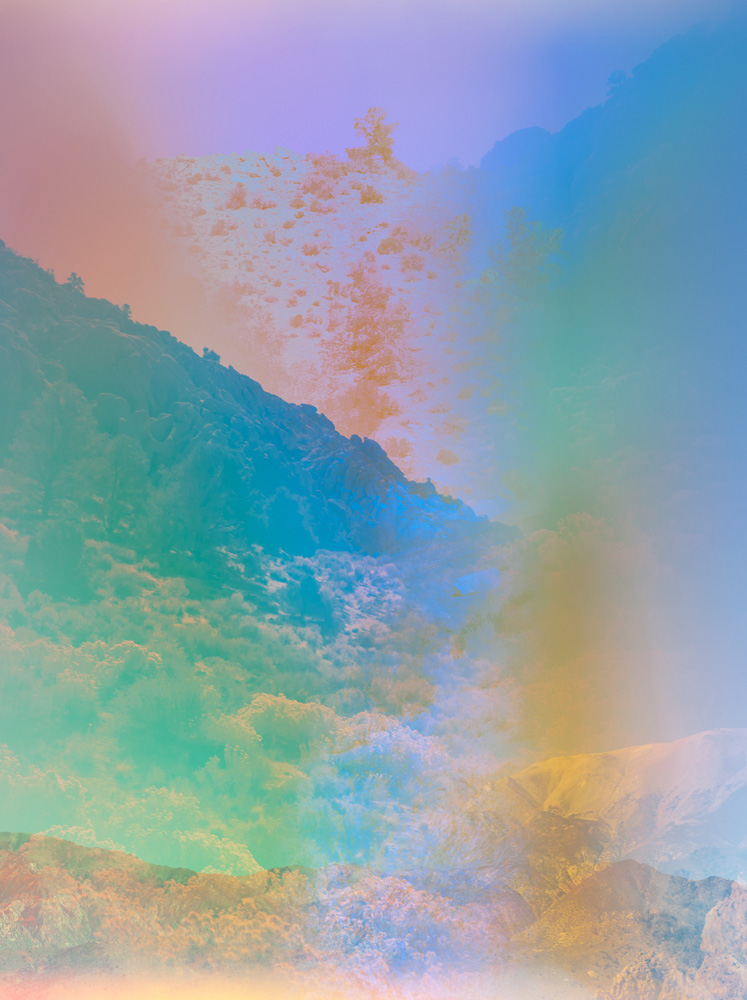 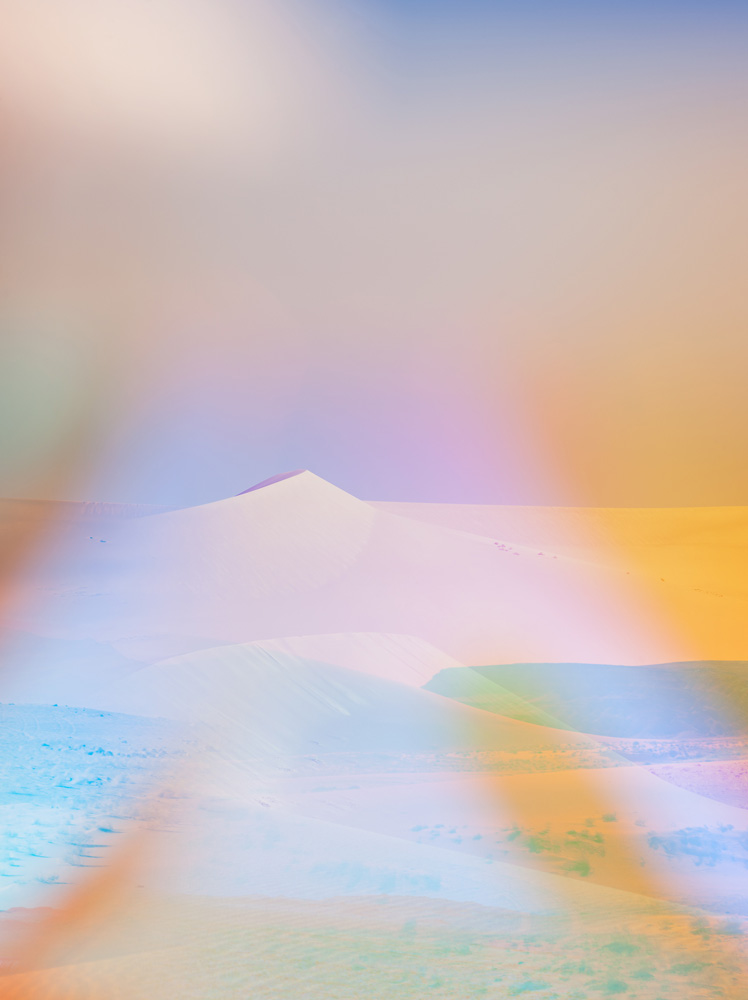 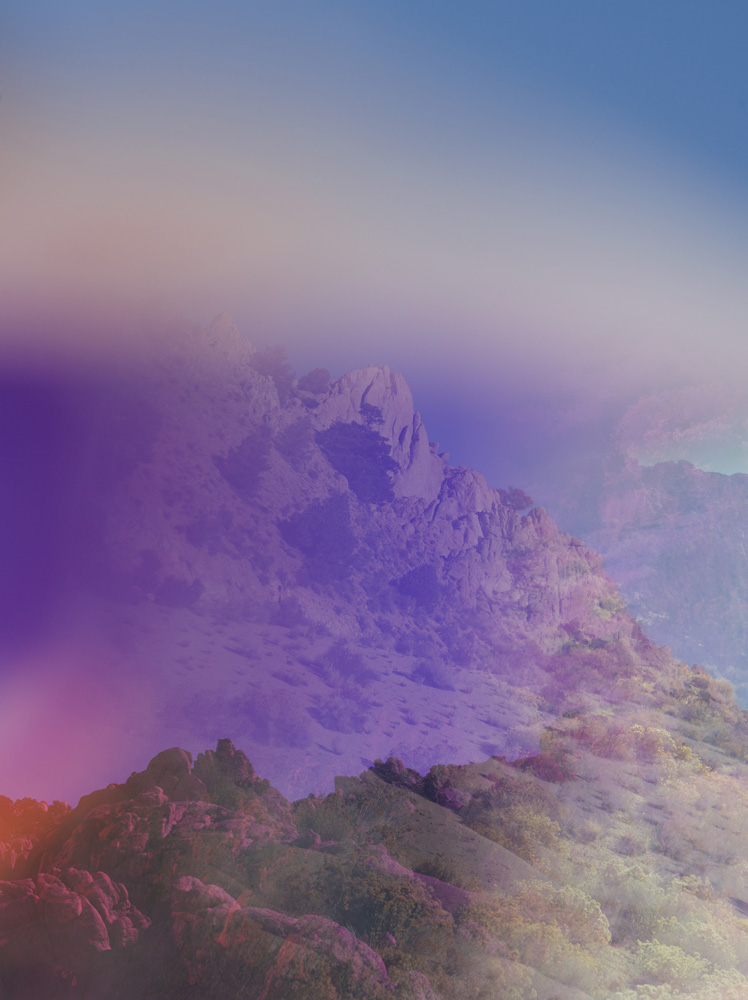 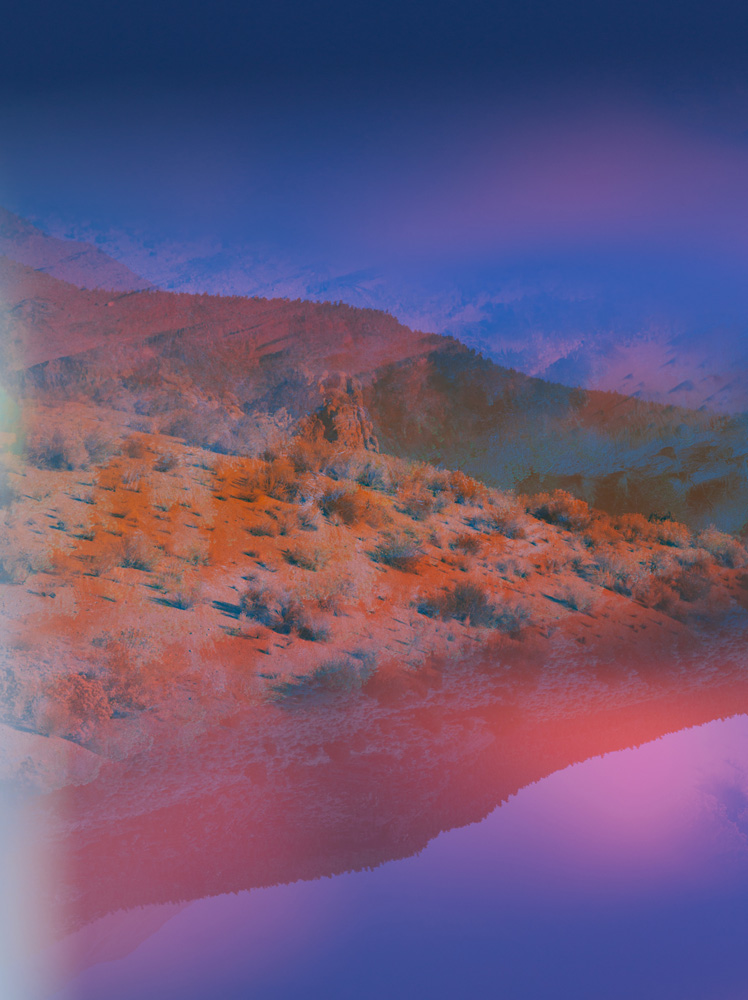 The artist and gallery are donating a percentage of profits to The Nature Conservancy to protect the environment in California and beyond info@cultexhibitions.com.

About the Gallery: CULT | Aimee Friberg Exhibitions is a international gallery showcasing cutting-edge work by emerging and established artists who bridge formal, conceptual and process based investigations exploring the human condition. Founded by Aimee Friberg in 2013, CULT engages viewers inside and out of the formal white space, with experiential programming including: talks, dinners, art tours and nomadic exhibitions. CULT is housed in a shared design and art space in the NOPA neighborhood of San Francisco. Visit cultexhibitions.com for more information and gallery hours.

NEXT | Matt Eich: I Love You, I’m Leaving >
< On Collaboration: Hillerbrand+Magsamen | PREV