David Brothers: What A Show Show by Daniel GeorgeJanuary 9, 2020 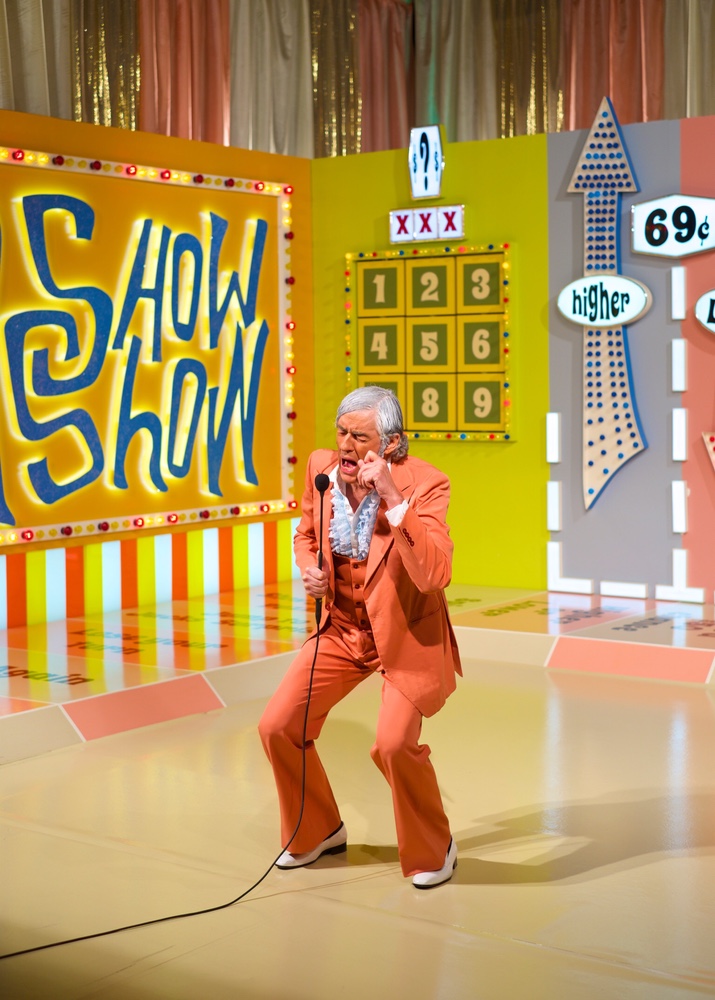 What A Show Show by David Brothers was selected from our most recent call-for-submissions. I was pleased to interview David to gain further insight into this body of work.

Sundance Film Festival premiered three of Brothers’ feature films, one of which he co-directed and designed, and two for which he served as designer. 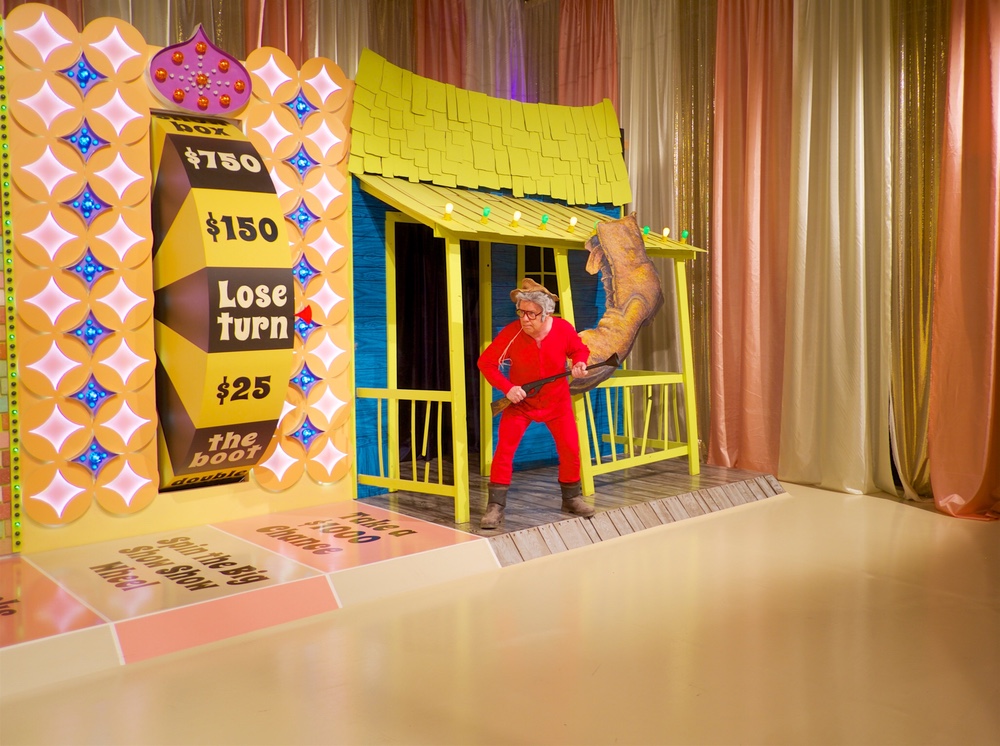 What A Show Show

A game show set in 1976, the bicentennial year, The What A Show Show is past its prime. Principle cast should have been allowed to retire years earlier. In what is most likely it’s final episode, a melodrama of greed and avarice is created, pitting contestants against each other and the show’s staunch regiment. Saturated by the products and brand names that identify the times, contestants frolic amongst the prizes, that are advertisements in disguise.

Audiences seem to inherently understand the rules of a game show. We understand how luck, barter and reward systems work. It is all based on a notion of a higher power, a keeper of the rules, rules that we already understand. An old gameshow is full of unquestioned authority, this truth is set in a common understanding of the game shows constitution. What if this command were questioned? What if our understanding was examined without the benefit of the gatekeepers eminent authority. My project attempts to answer this by breaking down the game shows gospel. 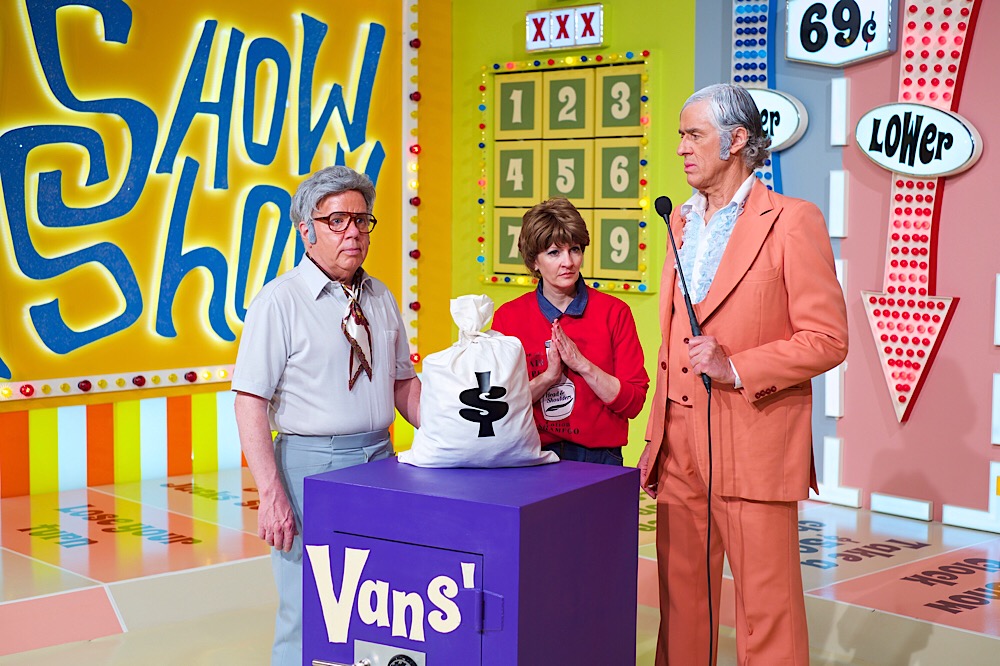 Daniel George: Tell me about your interest in game shows. What brought you to the point of constructing your own in order to deconstruct them all?

David Brothers: In 2016 I’d finished a dirty, dusty project. A  change seemed in order. I was watching broadcast TV and  at the time there was a channel I think  called BUZZER. “All game shows all the time”, horrible horrible. However looking at the sets was a revelation, colorful, shinny. A completely opposite to what I’d just finished. Initially it was only these visuals. I was drawn to the lights, the gloss the presentation of sponsors products. 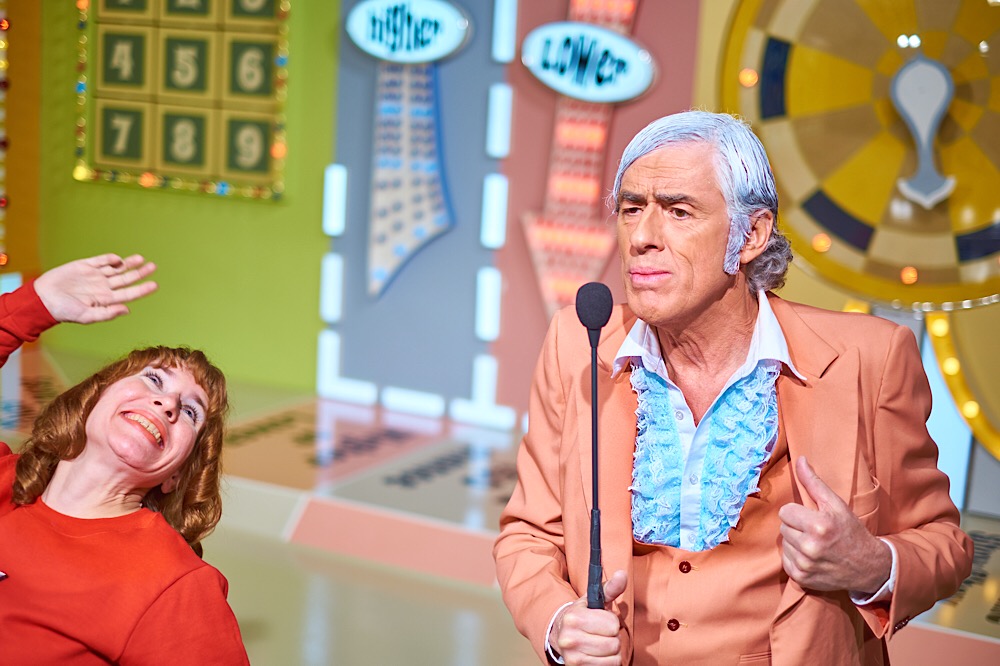 DG: What is the significance of depicting a game show of that mid-70’s era? Is there something about that particular time in television entertainment that you feel is worth addressing?

DB: Yah know I don’t really know why I chose the 70s. I suspect it was the time frame of the reruns I was watching, a dash of nostalgia and maybe having lived through the 70s. I don’t find the decade special, glamorous worth visiting. The 70s was oblivious, naive of the blatant farming in middle America’s lust for soup, shampoo and Chevy Vega’s by corporate cherubs.

To be honest I have a real hard time watching game shows. I’m not all that incensed by the advertisement disguised by entertainment. I grew up with the arrangement as the norm. In concept I don’t care for it but it is explicitly linked to beloved TV. I’m just stupidly bored by the game show. I always was. Even as a kid I recognized that game shows were the gate way to the soap operas that followed, which for a kid watching daytime TV   was death itself. It makes me smile to think all theses years later I made a soap opera about a game show. 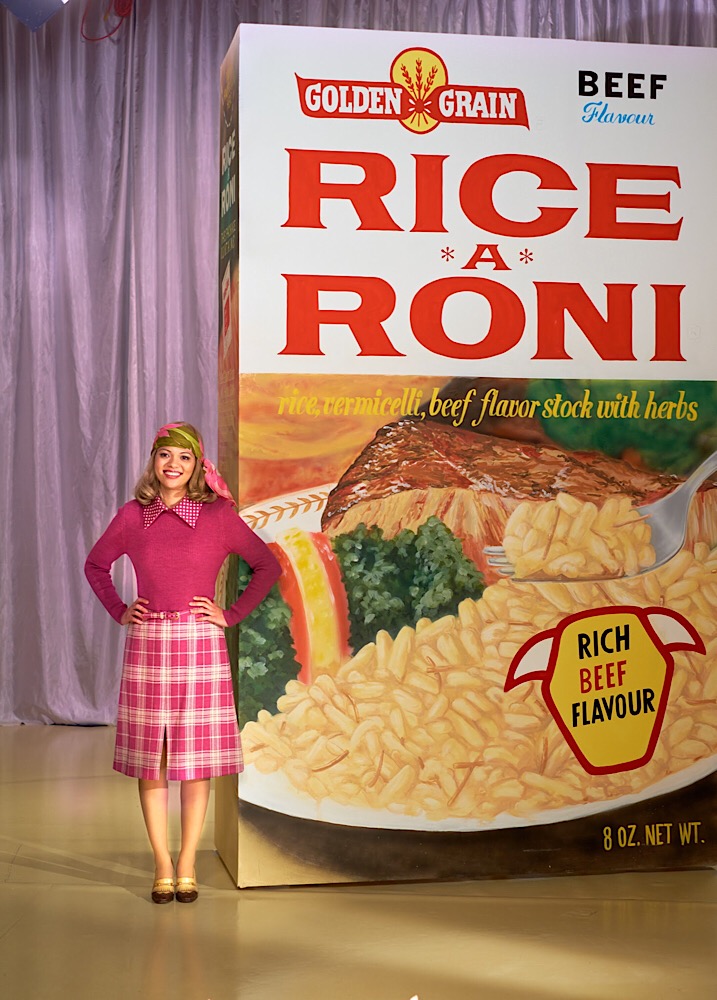 DG: As I look at your photographs, I cannot help but recognize a film influence. In what ways has your multidisciplinary background informed the way you work?

DB: By film I think you are seeing my narrative. A group of photos with a set and actors in character, the viewer will quickly build  a narrative. Therein the fun.

With this project I found what my narrative was as I shot it. While shooting, the actors brought personality which in turn suggested situations, it evolved as we went . My process started with the set. As I researched game shows and the people involved, especially the contestants and their raw exposed emotions (avarice, fear, excitement, stimulation ) my themes developed. Finally as I understood my cast and their characters a narrative emerged. 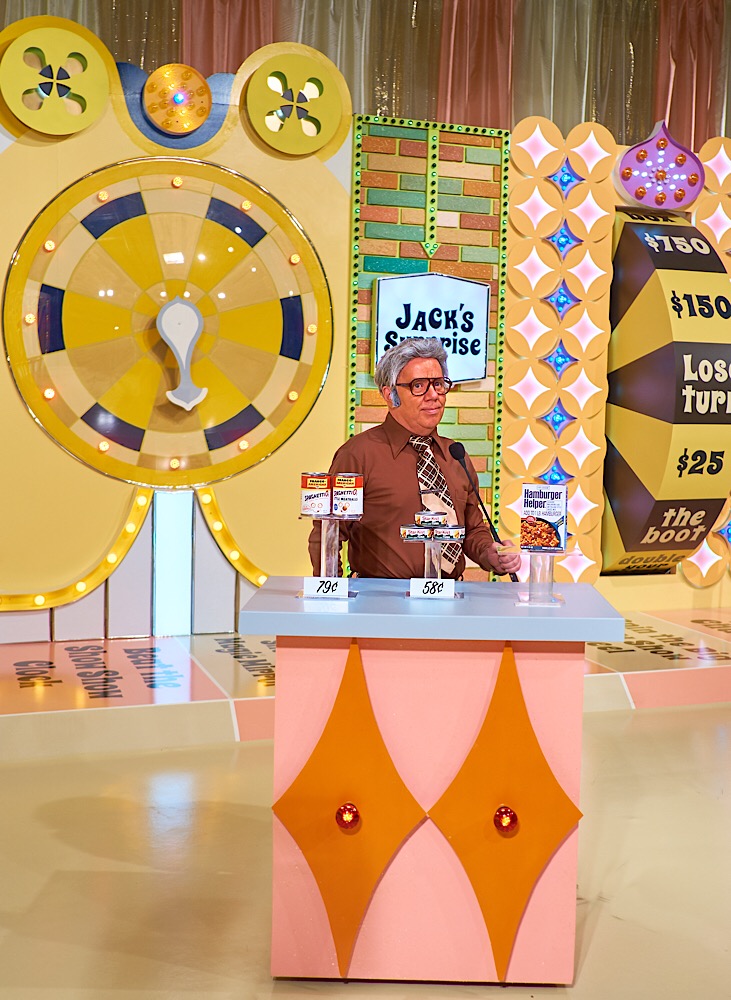 DG: The host, Van, seems especially strained in holding everything together. Why is it important that this series depict a game show that is past its prime—as opposed to one that is currently at its best?

DB: I think a game show in its prime would be a fabulous subject but those were not my resources. As well I think a flawed scenario potentially has more dramatic appeal.

Van  was played by a lovely fellow who when confronted by the squealing actresses  playing the contestants became somewhat aloof. My research showed his reaction similar to that of  Monty Hall from the Price Is Right, who as a result of being unwittingly clobbered by overly zealous contestants through the years, he would noticeably stand back while they jumped and spasmed.

I watched an old episode where, after getting accidentally smacked in the face by a screaming woman, he had to stand with his back to the camera for several beats longer than we were comfortable with. I’m sure he was hurt and upset needing a moment before returning. It was an interesting human  flaw to the otherwise  composed game.

A game show past its prime is an effective metaphor for a delirious  capitalist dystopia. Where RAGU and HAMBURGER HELPER are false idols, money changers in the temple. I would maintain that at the character level I was shooting a Shakespearian melodrama but when the GAME SHOW was the focus it became an Orwellian indictment of consumerism gone mad. 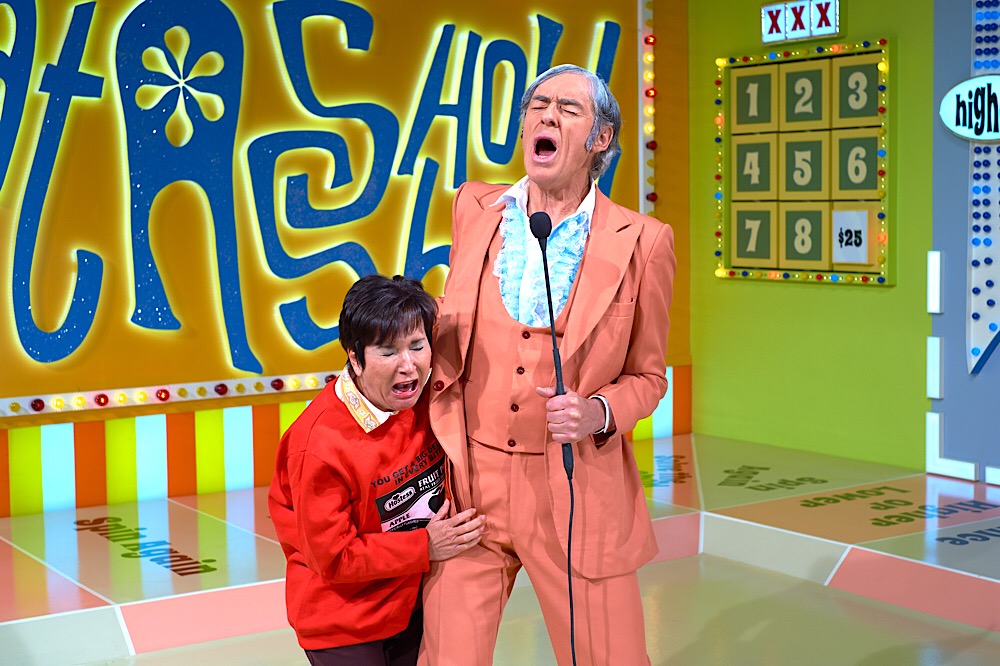 DG: As I look at these photos, I cannot help but compare the overly theatrical, hyper-saturated sets and characters to their real-life counterparts. I also cannot help but notice that they aren’t that far removed—particularly in regards to your consideration of advertisement disguised as entertainment. What value do you feel there is in addressing these ideas at this particular moment?

DB: This is a reoccurring theme for me. Past it’s prime sure, however if it still generates revenue it would be viable no matter its failings. I suspect if I prod the big money beast it might look a little uglier. Certainly I can’t kill it. For me if I find a clear understanding, if I see the beast in the face of an old man, in his narrative, I can find a potential redemption. 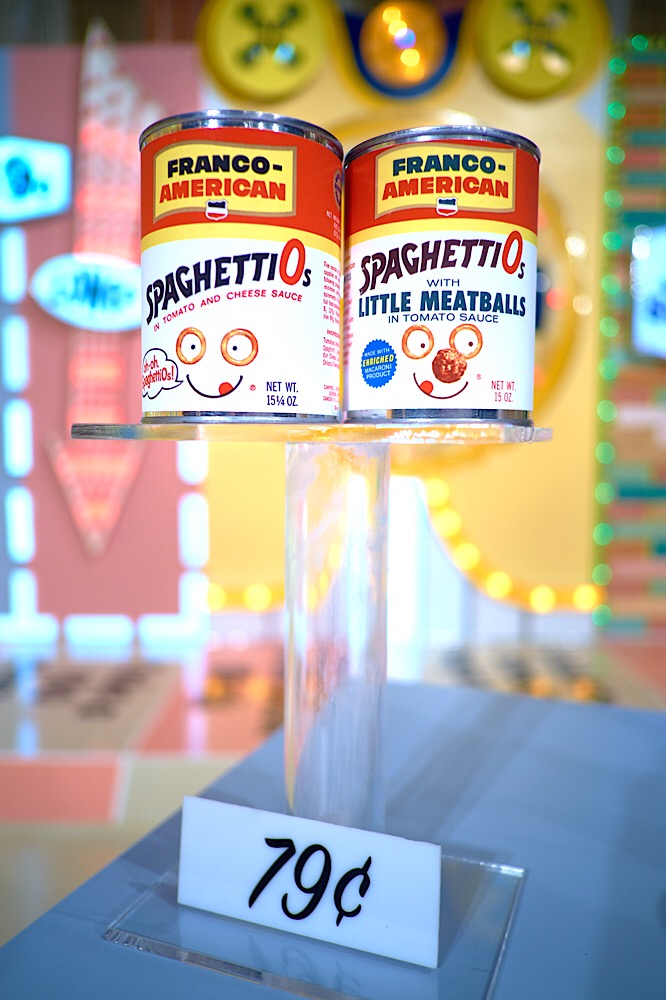 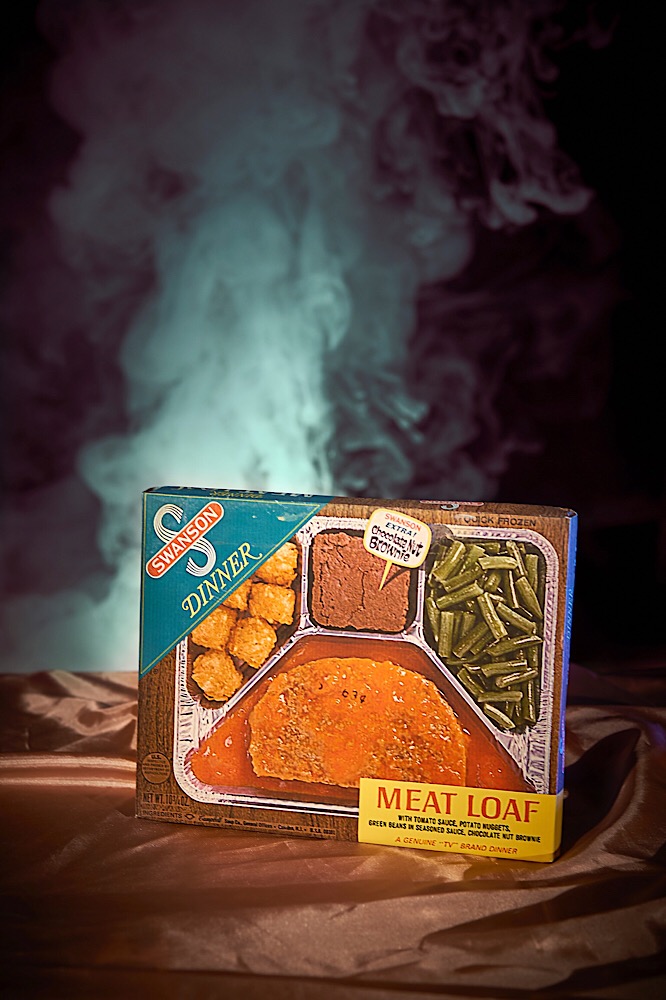 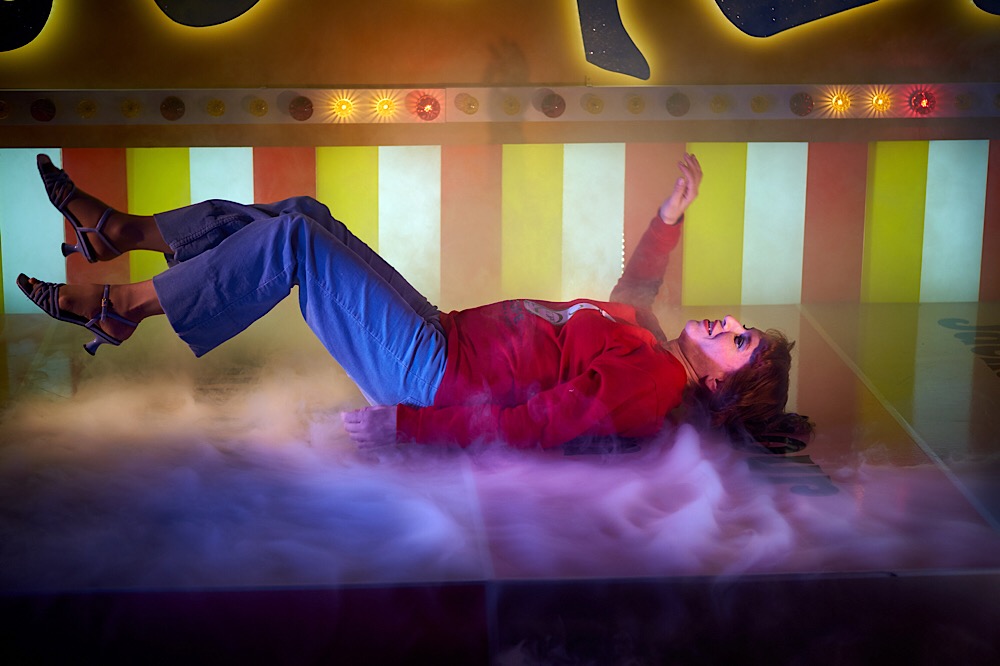 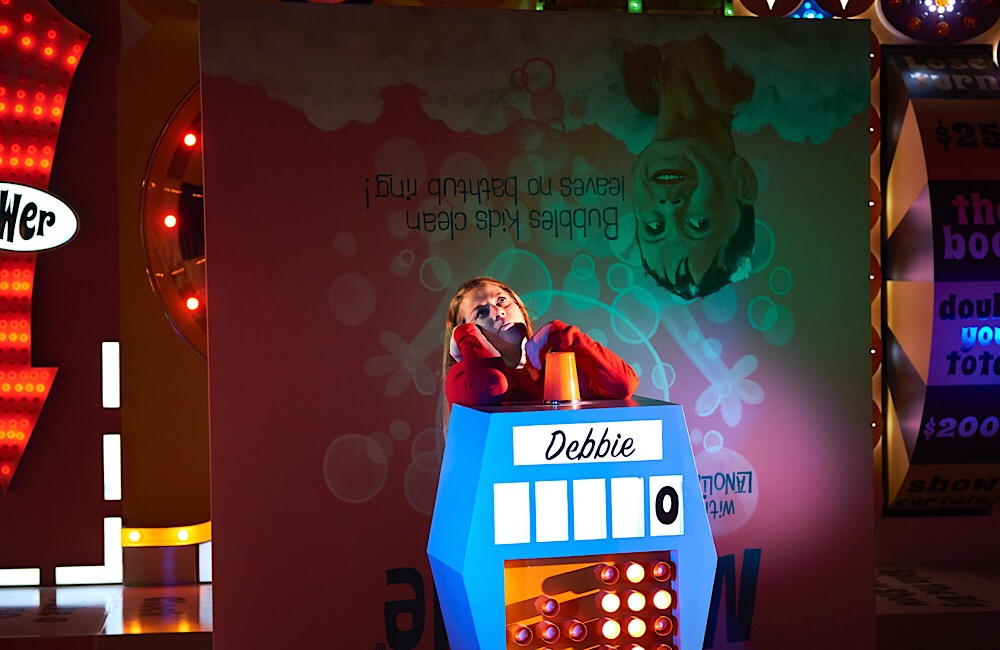 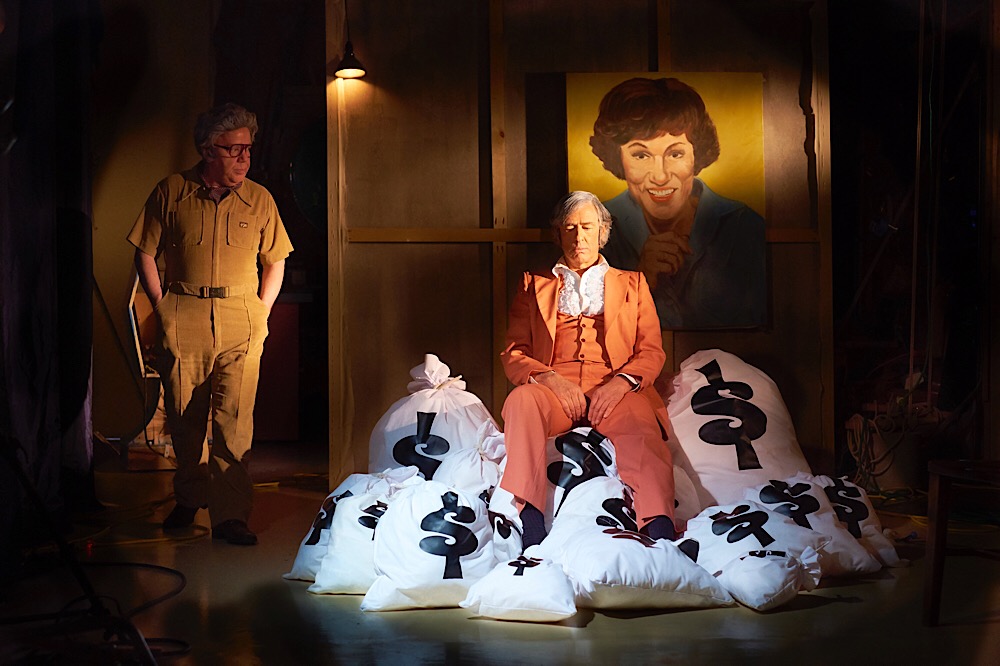 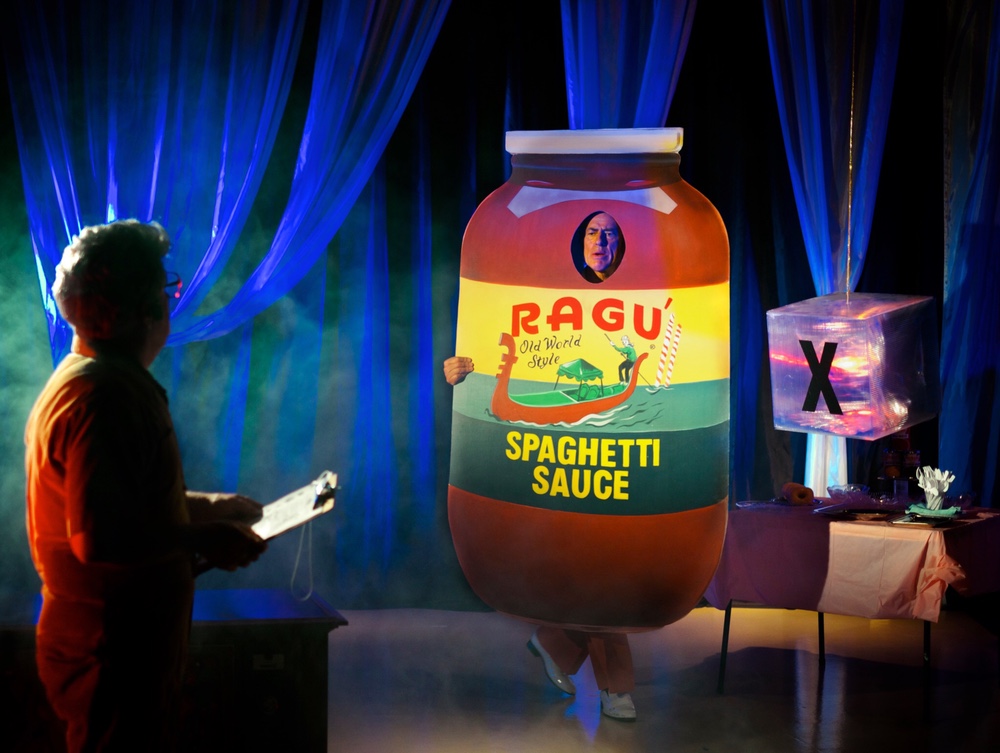 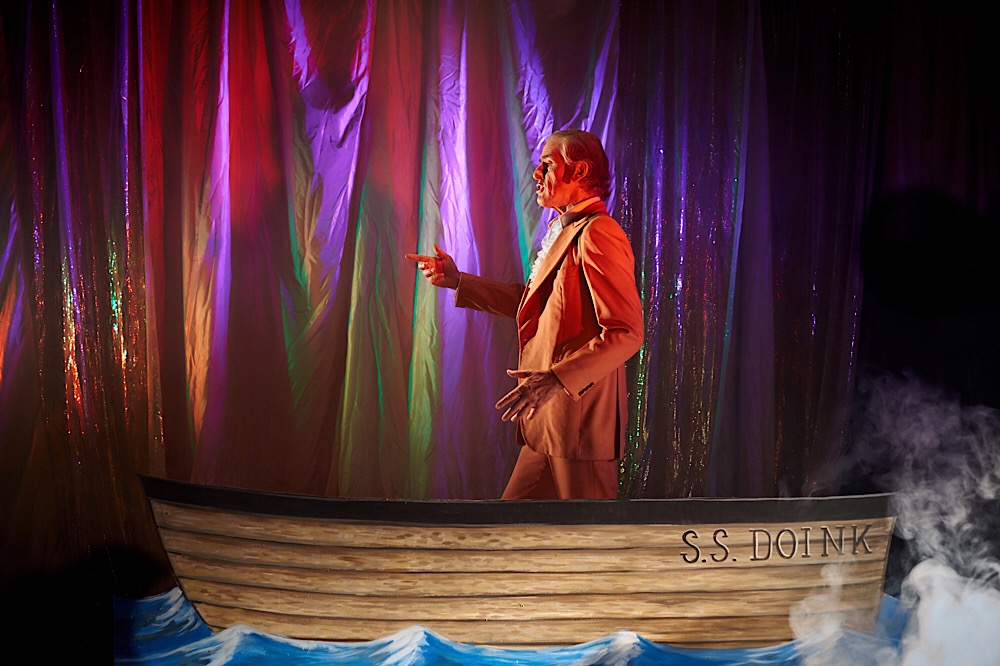 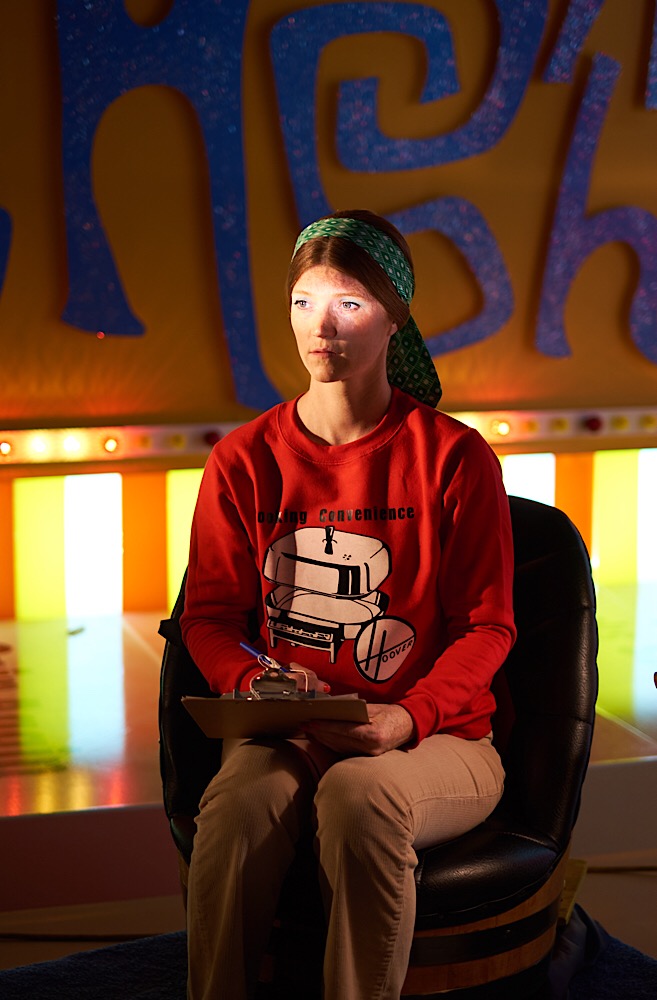 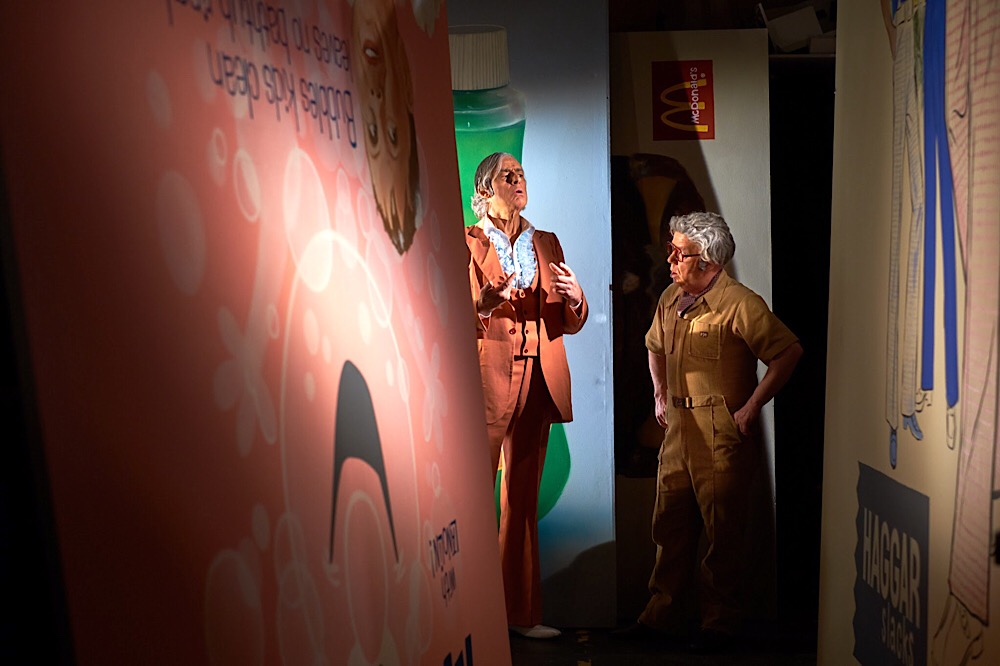 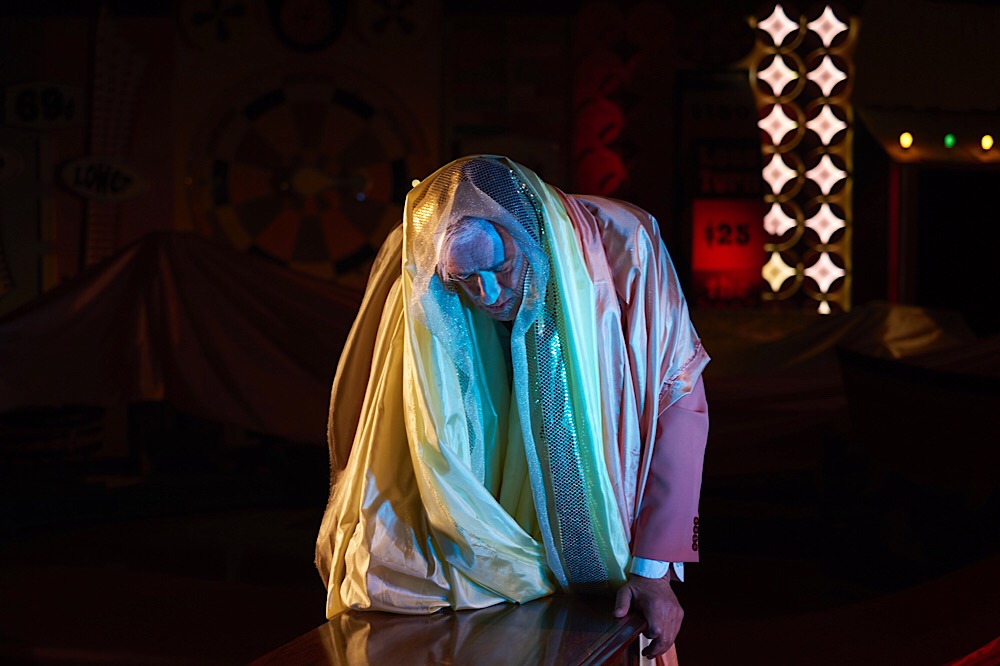 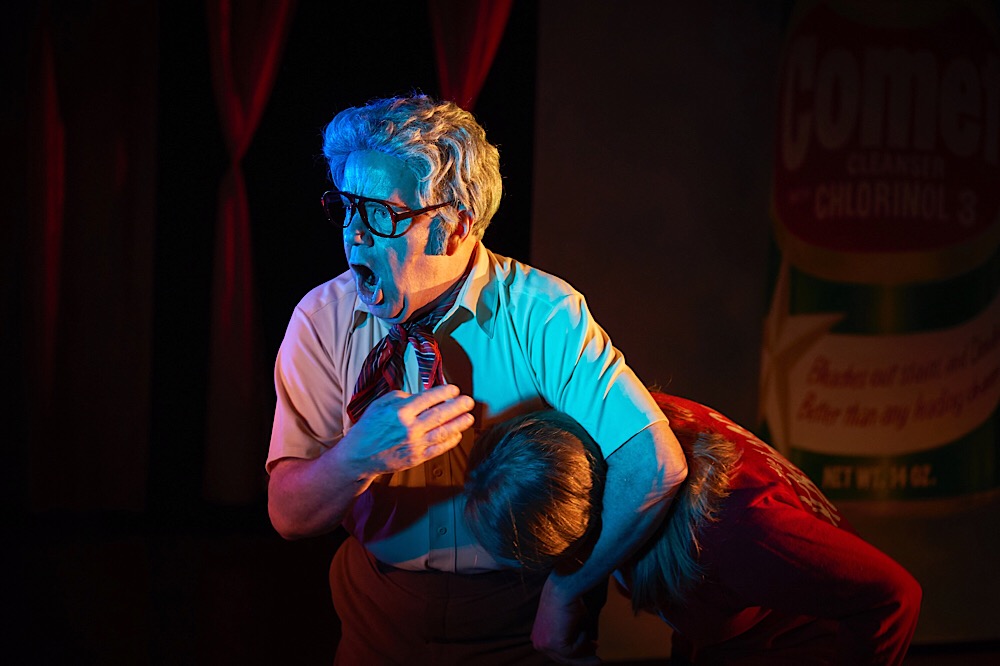 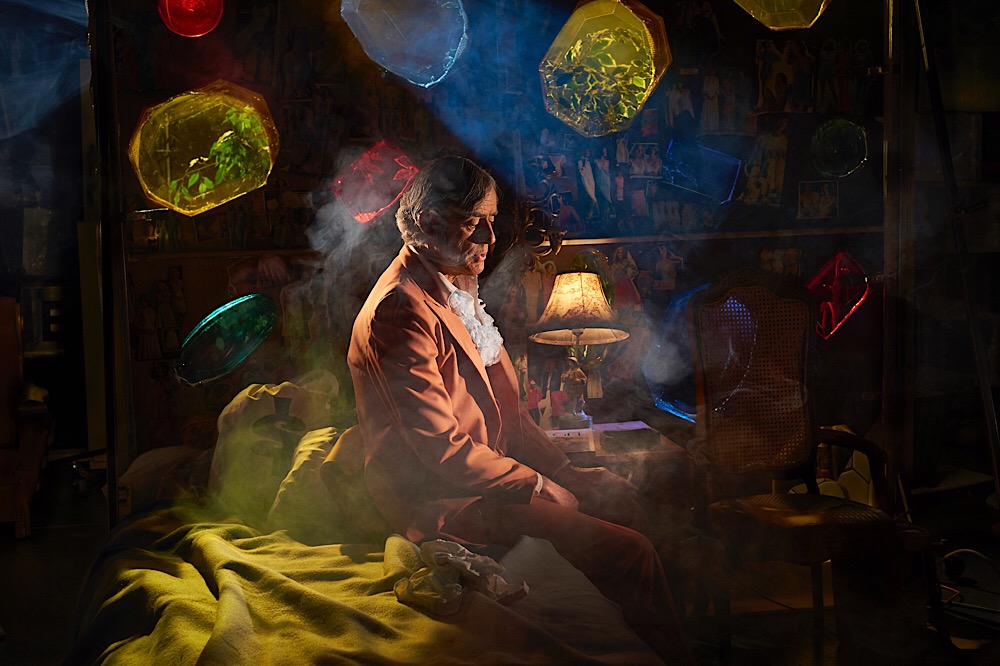 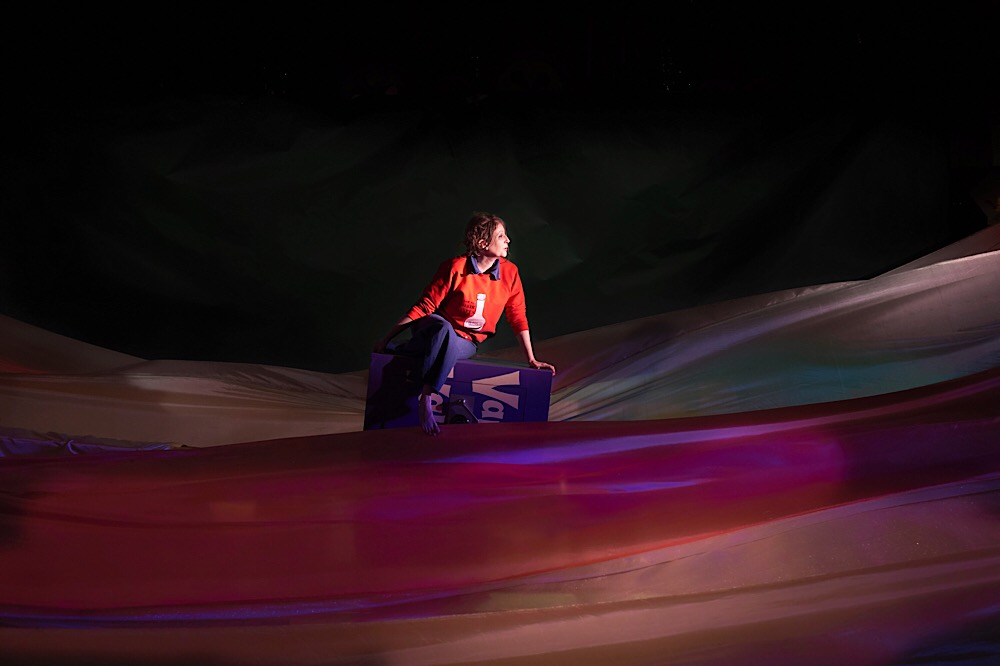