Kelly Flynn looks at the world around her and captures communities on the verge of transition, whether it be photographing firework stands in Texas, houses in Miami, or graffiti in the streets and bathrooms of New York City. Kelly received her BFA in photography from the University of Miami, and is currently working on her MFA at the Texas Women’s University in Dallas. She also found time to attend Review Santa Fe and presented Texas Fireworks, a series that looks at the disappearing pop-up structures that celebrate our country’s birthday. Kelly also has work involving self-portraits representing gender equality, common stereotypes and roll play dealing with issues of feminism.

Statement for The Housing Project: I continue to document these homes because they are on the verge of extinction due to ever increasing land value around the Miami area. People are being forced out of their neighborhoods as the surrounding downtown area is being expanded by mansions and high-rise condos for the rich. 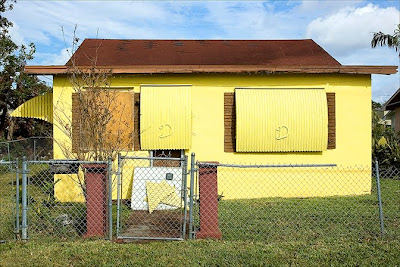 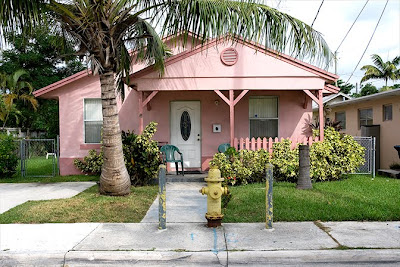 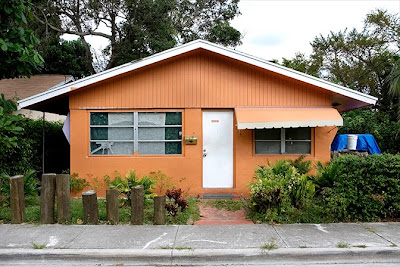 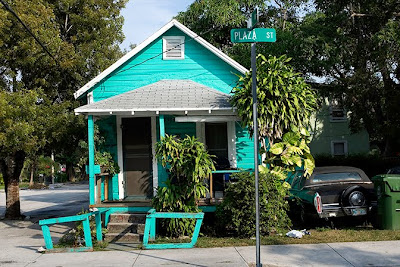 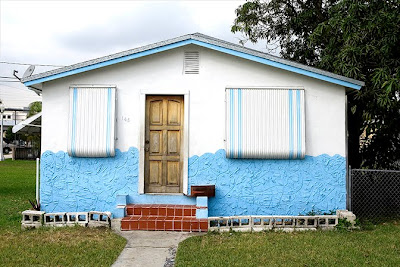 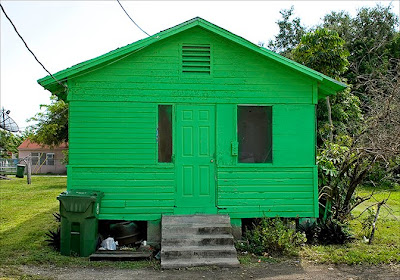 Statement for Texas Fireworks: The Texas Fireworks project is an ongoing body of work that documents the firework culture through photographs of roadside stands in their environments. Due to drier weather conditions in Texas, burn bans, recent annexation of county land, local government opposition, and indoor firework supercenters, there are fewer stands scattered along the highways than in previous decades. The operators of roadside stands have to camp out in their RV’s on the stand property 24 hours a day during the selling period because of potential fire hazards or theft. Because of this, roadside stands are slowly becoming extinct, with owners opting for the larger sized air-conditioned supercenter buildings.

What attracted me most to begin photographing the Texas Fireworks project, was all of the different colors, type styling and graphic repetition on older firework stands. The stands themselves are made mostly out of plywood and metal and are seen as impermanent utility structures. Some are stand-alone units while others are built using trailers with wheels for mobility. They are usually hand painted with bright colors; explosive logos and words with light bulb strands and flags strung about giving each stand their own special personality. All of the images are taken how the buildings are found in their surroundings. 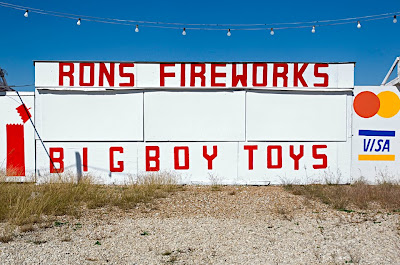 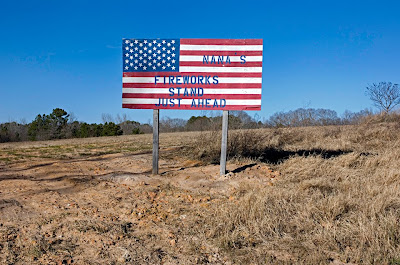 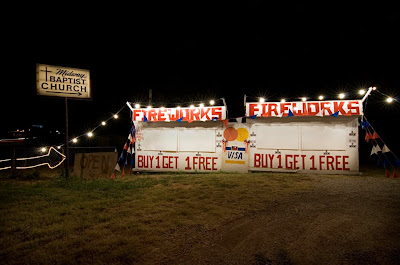 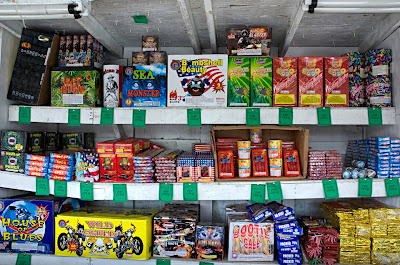 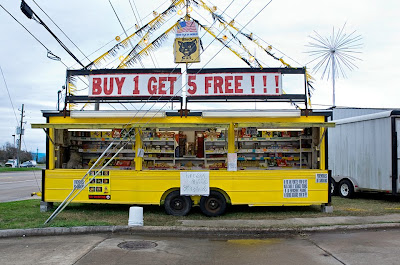 The White Fireworks series is a continuation of a larger, long-term body of work titled the Texas Fireworks series. The inspiration for this new series came while selecting various novelty firework products from the outdoor stands along road trips across Texas. While looking at all of the firework products on the stand shelves, I began to realize how much marketing is involved in the packaging; Cartoon violence, sex, drugs, guns, gender identity, politics, etc. are all being addressed. 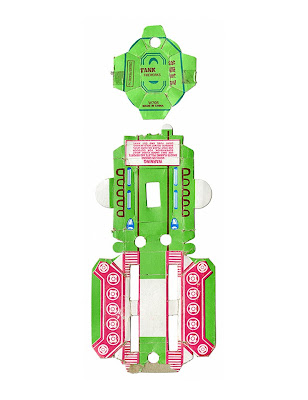 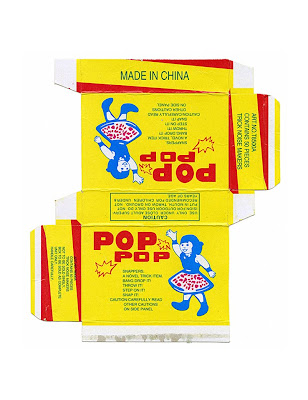 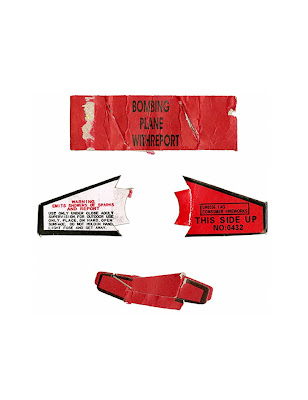