The Rayko Photo Center in San Francisco recently opened a great show about portraiture titled (Por)trait Revealed that runs through September 9th, 2010. Fritz Liedtke is one of the featured photographers, showcasing his work from Skeleton in the Closet. Living in Portland, Oregon, Fritz explores many issues that face women: adolescence, eating disorders, beauty, but also explores ideas that are universal: the way we look at things, consciousness of place, environmental catastrophes, faces, and facades. Fritz has a long resume of exhibitions, awards, and honors, undoubtedly the result of his compassionate and thoughtful approach to his image making and his curiosity in looking at the world. Be sure to click on the images to see them larger.

The woman looking at these photographs paused, closed the book. “It’s true,” I replied. “Some of these men and women are healthy now. Some are very sick, and yet look healthy. Some, even with anorexia and bulimia, can be quite heavy. And some people who look quite normal—people you know, even—have an eating disorder in their history.”

I’ve seen thinner. We all have: the emaciated frames, the walking skeletons, the naked bones, the withering models. We’ve all seen these shocking, grotesque images, and there are enough of them in the world. The men and women in this series have looked this way before; some still do. Beneath the layers of clothing and confusion is skin stretched over bones, which they are loathe to reveal. They have, as it were, a skeleton in the closet.

Images from Skeleton in the Closet Click on the image to view larger.

These photographs are about normal people, people like me. I attended college right out of high school. During that first winter away from home, I began to find myself depressed, lonely, and in poor physical condition. This went on for some time until, finally, at the college nurse’s suggestion, I went to talk with someone in the counseling center. The gentleman there was gracious, asked good questions, and listened well. Over the course of the next few months, we were able to unravel the tangle of my thinking, and along the way discovered that, among other things, I was anorexic. 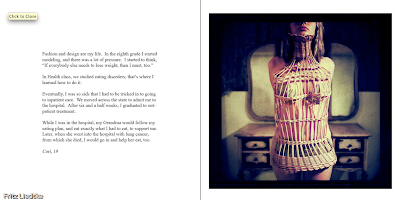 That word hit hard. I had never really thought about anorexia, and certainly never thought of myself as someone susceptible to it. I had assumed such eating disorders as anorexia and bulimia were for women who didn’t like their appearance. With some research, however, I discovered that anorexia is more about issues of control, which did apply to me. I was a quiet, intelligent achiever, and I didn’t want anything to get in my way—least of all food and thoughts of food. 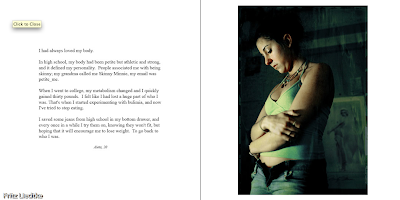 This body of work is about normal people, who sit down with me over coffee, and pour out their secrets: abuse, neglect, insecurity, cruel and thoughtless words, terrible things they’ve done to their bodies and families, the results, the healing process, the enduring ache within. They tell me—a complete stranger—things they have told no one else. I am their confessor, their confidant, their priest. 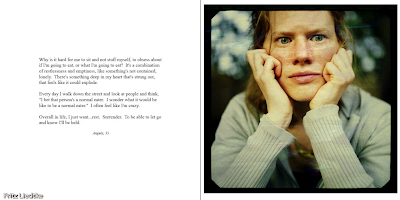 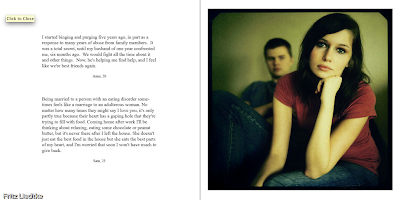 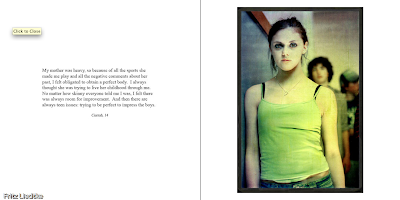 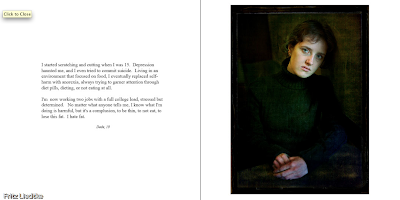 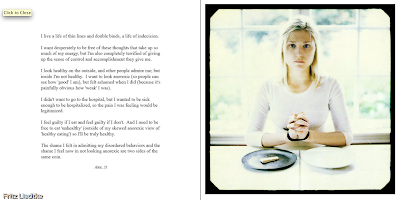 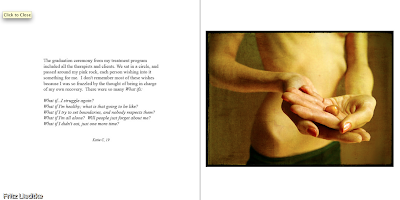