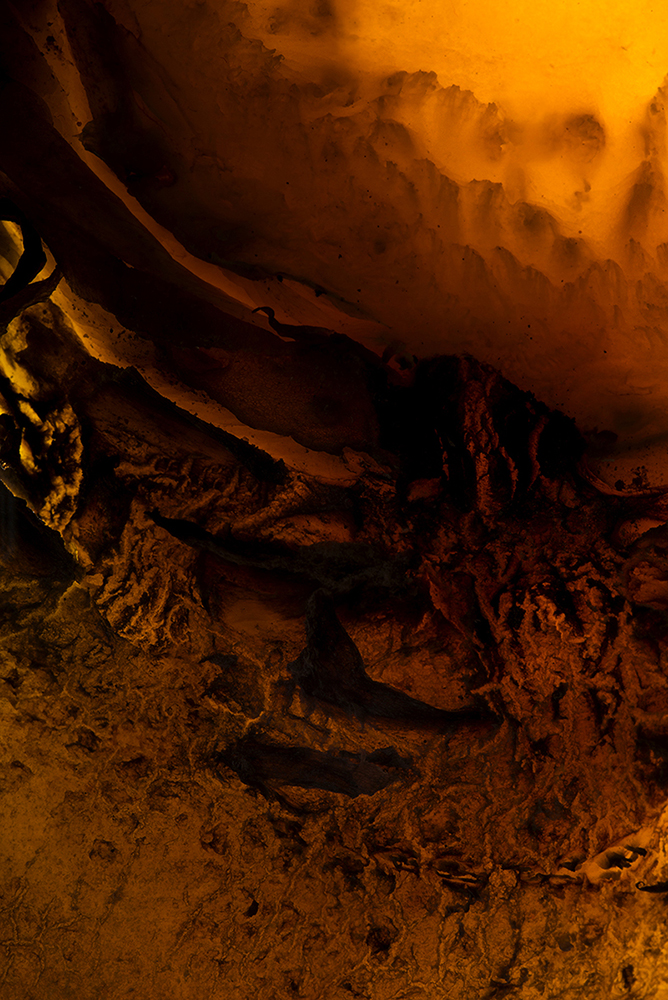 At first glance Kate Pollard-Hoffmann’s current project appears to be a radical departure from her earlier more documentary images. While her imagery has shifted from the concrete to the abstract, her thematic concerns remain the same. With her most recent project, Kate continues to investigate themes of loss, fragility, and decay with a series of gorgeous color images.

Kate Pollard Hoffmann studied photography at the Pennsylvania State University and went on to earn her Masters degree in photography from the Edinburgh College of Art, University of Edinburgh in the United Kingdom. Since the sudden death of her father in 2007, her primary photographic interest has revolved around transformation and mortality, and most recently the abstraction of these themes.

Hoffmann exhibits worldwide, and her work has been featured in such publications as The Huffington Post, Huffington Post Arts and Culture on Instagram, American Photo, Portfolio Catalogue (UK), PDN Photo of the Day, and Lenscratch. She lives and works in Princeton, New Jersey.

As an artist, I am interested in change, growth, perception, and imagination. I am fascinated with decontextualization and reconstruction, and the process of art moving fluidly between known and unknown realities.

This series examines backlit skin of fruits and vegetables – common and exotic, fresh and rotting, colorful and muted. I carefully remove the skins to unveil intricate textures, blemishes, colors, and patterns that take on new identities once removed from their original shape.

Skin that turns into a mysterious cavern. Skin that resembles beautiful satin sheets on an elegant bed. Skin that reveals a luminous lightning storm in a dark night sky. Skin that transforms into an underworld pool of solid, liquid, gas and plasma. These organic abstractions invite the viewer into the realm of fantasy – an imagined landscape, a dynamic world that transcends literal boundaries and proposes new narratives. 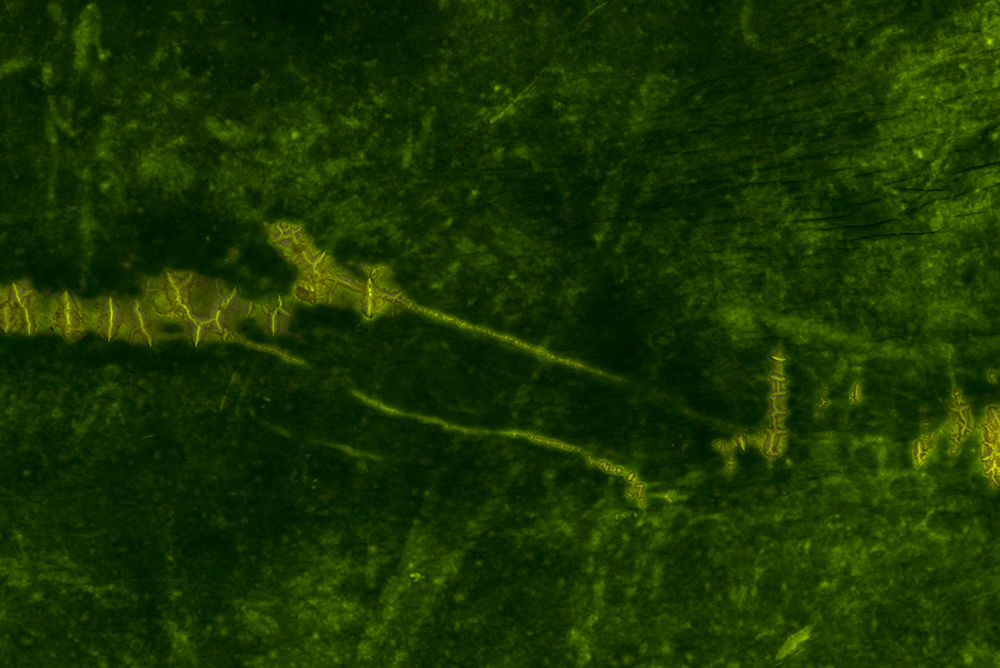 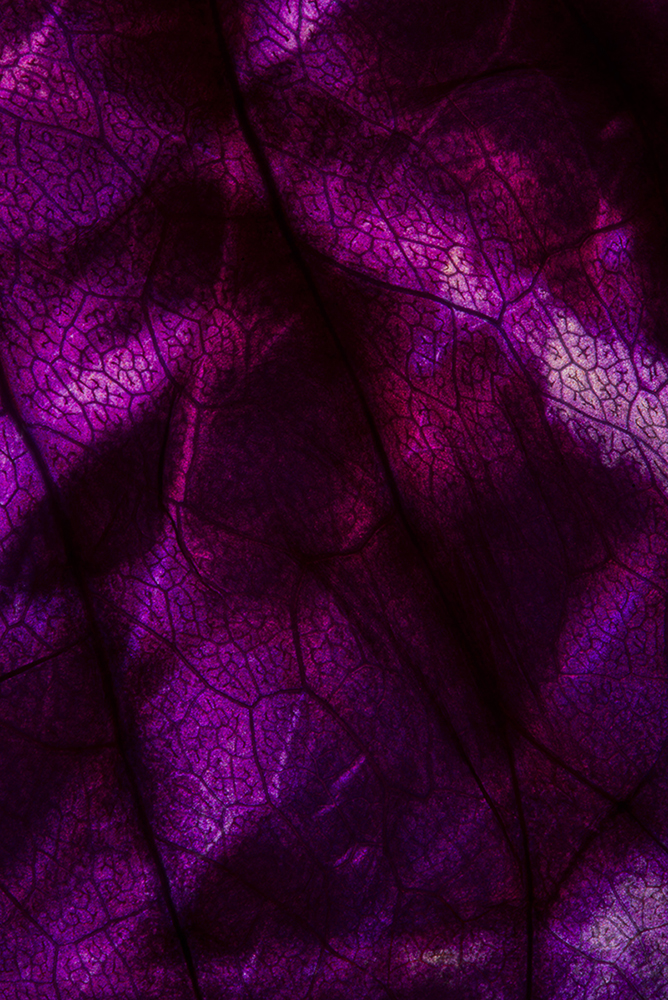 KW: Your current project is aesthetically very different from your previous work. Can you describe how this change came about and how you began work on this project?
KPH: Since the loss of my father in 2007, my work has concentrated on the aftermath that accompanies loss. I documented my family’s struggles and examined aspects of my own bereavement. In years to follow, my curiosity grew into exploring how other people coped with death and transience. I began with photographing roadside shrines all over the United States and abroad. After that, I became intimately involved with photographing families who had lost loved ones to violent murder in the city of Camden, NJ. By happenstance, investigating impermanence became a significant emphasis in my work.

Last fall, I held a leaf up to the sun and was amazed by the backlit beauty in the abscission. The rot and detailed destruction uncovered different narratives – some favorable, some detrimental and hostile. As I photographed the backlit decompositional shift in the leaves, the abstractions became symbols of transformation within my images, and also within me as an artist. I soon began to look at fruits and vegetables differently too – as bodies to examine.  I wanted to confront the viewer with defamiliarizing the familiar, and deliver a fresh perspective on how photography relates to the abstract. 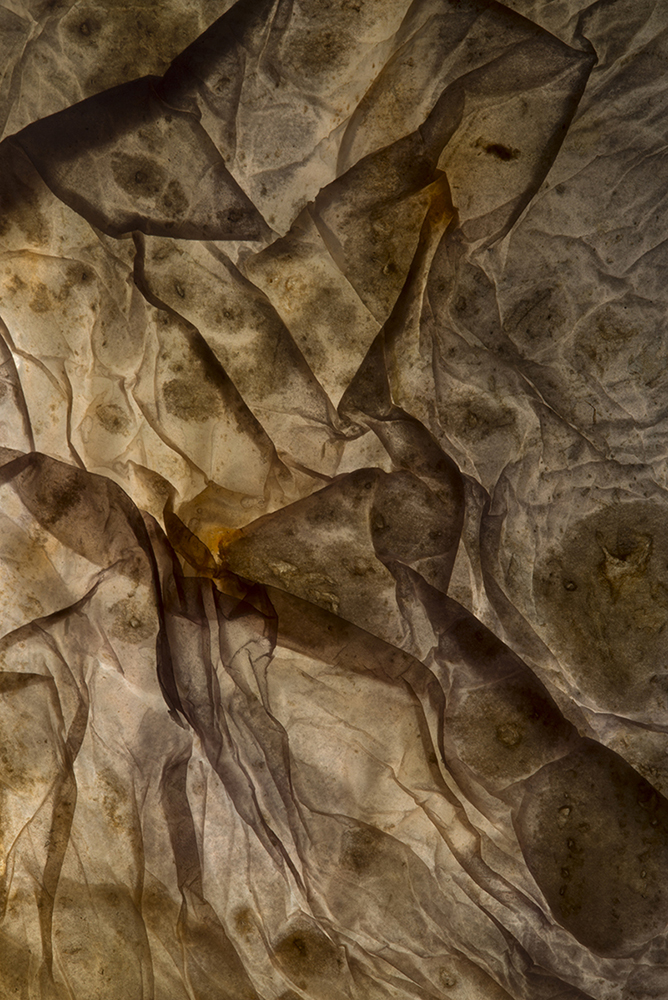 KW: Can you talk a bit about the process involved in making these images?
KPH: As I began to closely examine fruits and vegetables, I started skinning them. I boiled, microwaved, broiled, and baked them. I dried some skins and soaked others in bleach and other chemicals and allowed many to rot, decompose, and dry out. I photographed these various skins backlit by a strobe to fully illuminate the possibilities. I found that a captivating yet peculiar aesthetic emerged, and allowed for individual interpretations and new visions of familiar, yet abstract landscapes 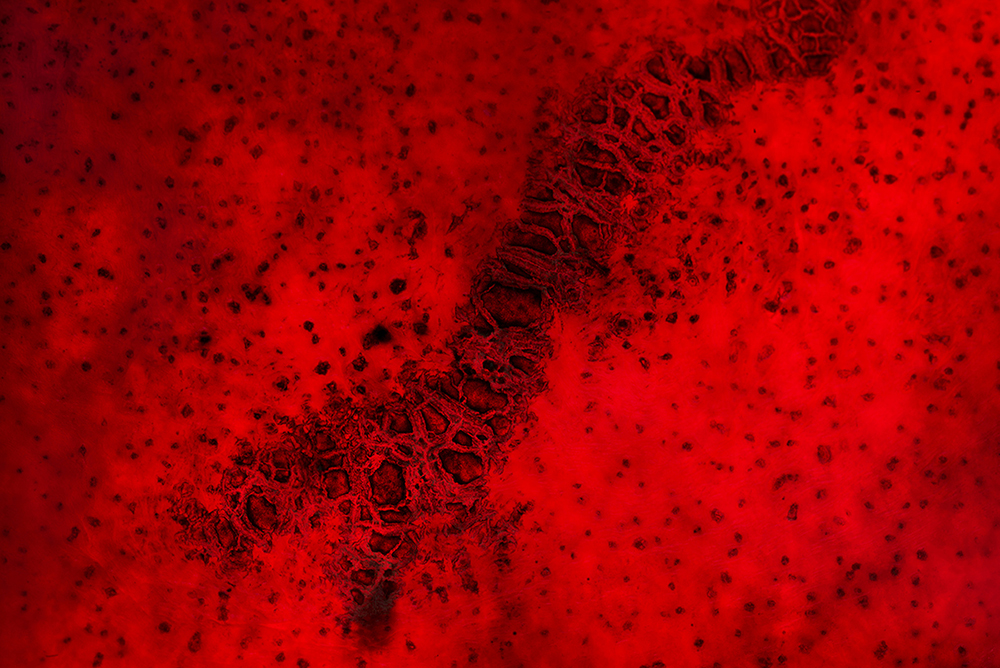 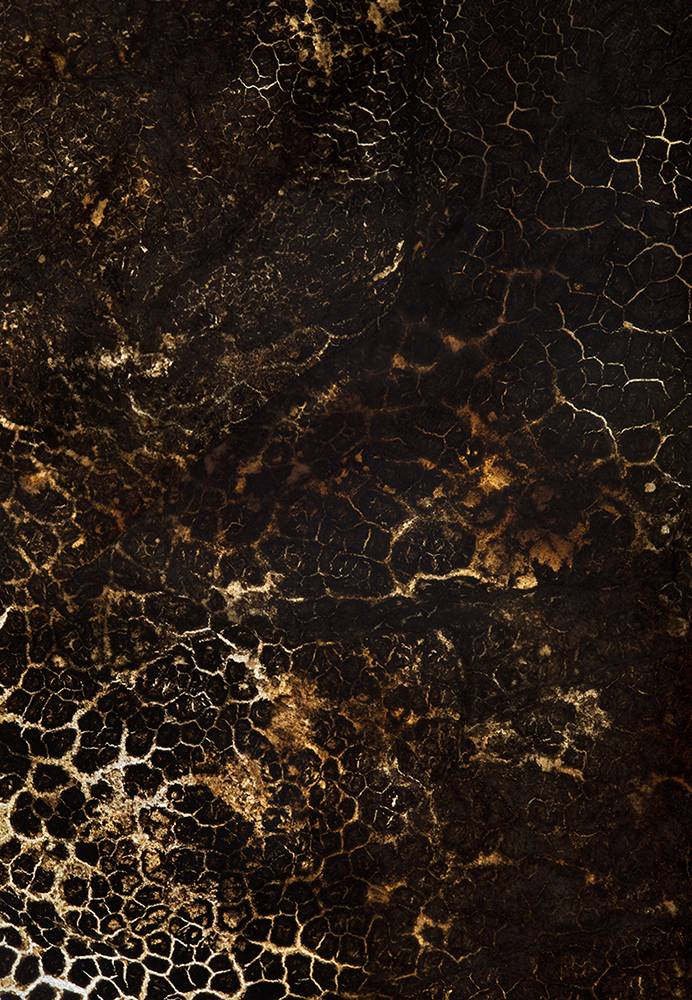 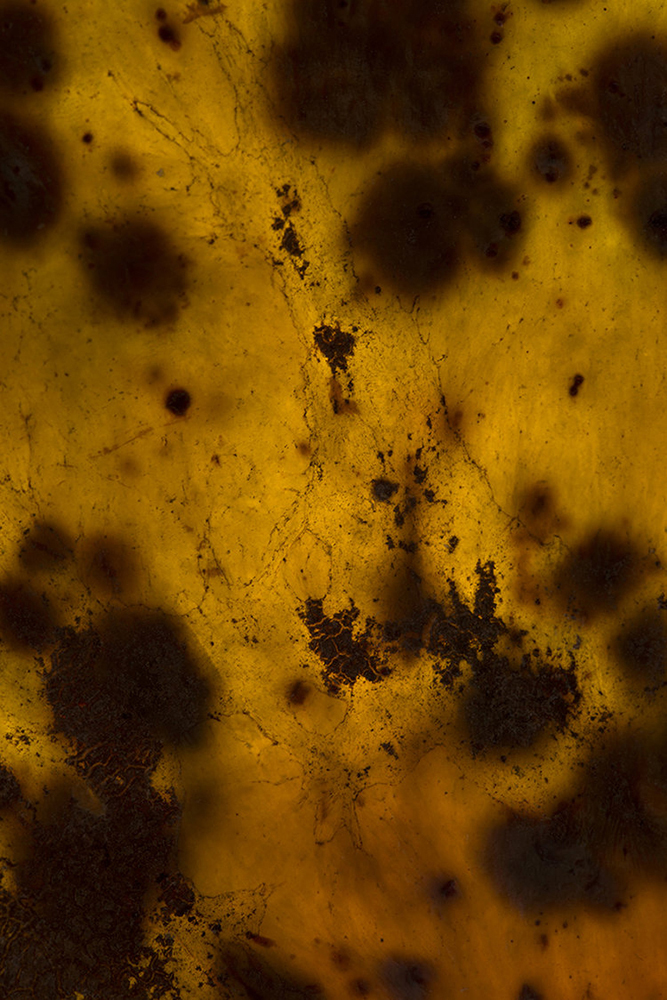 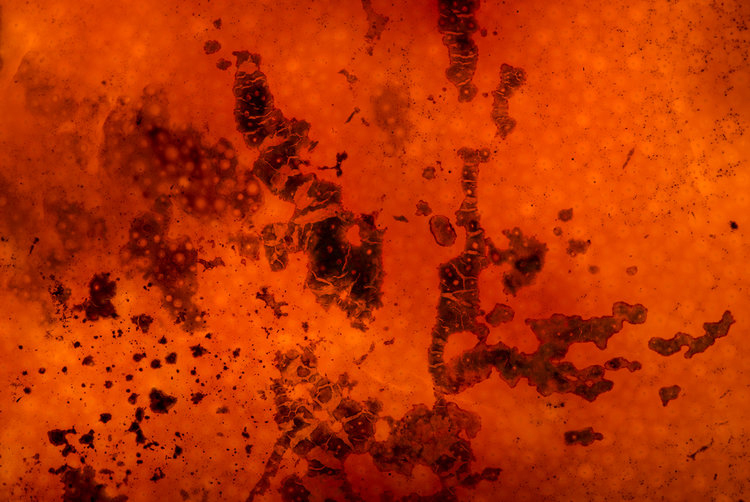 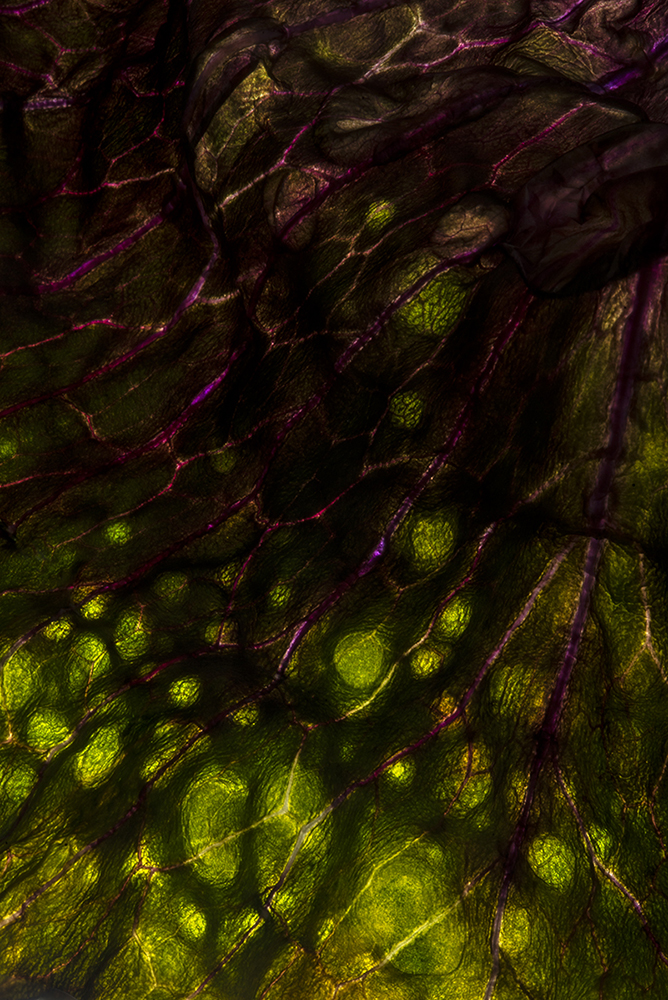 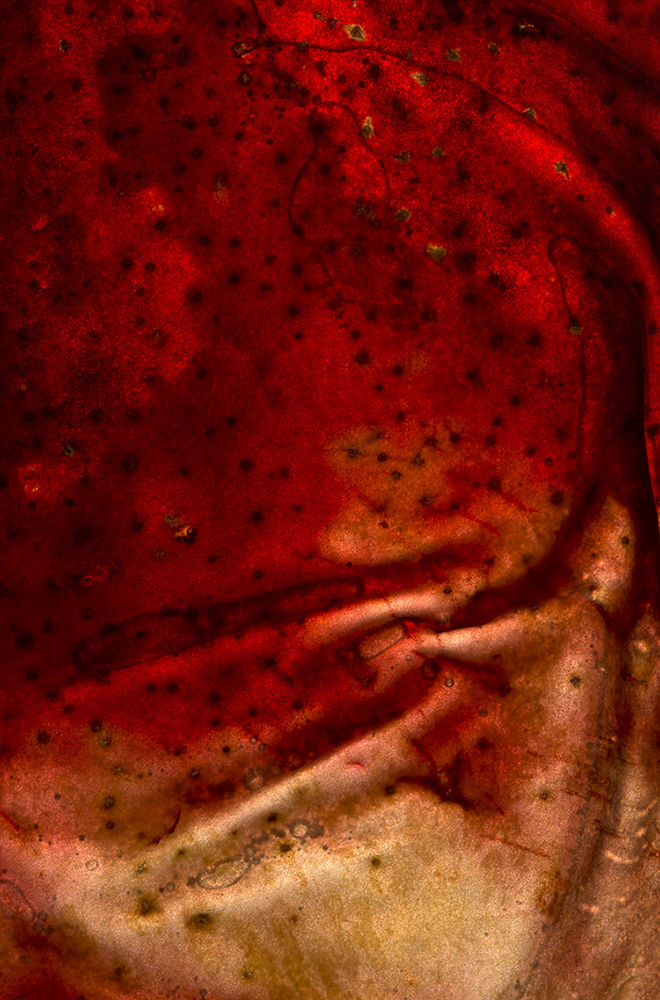 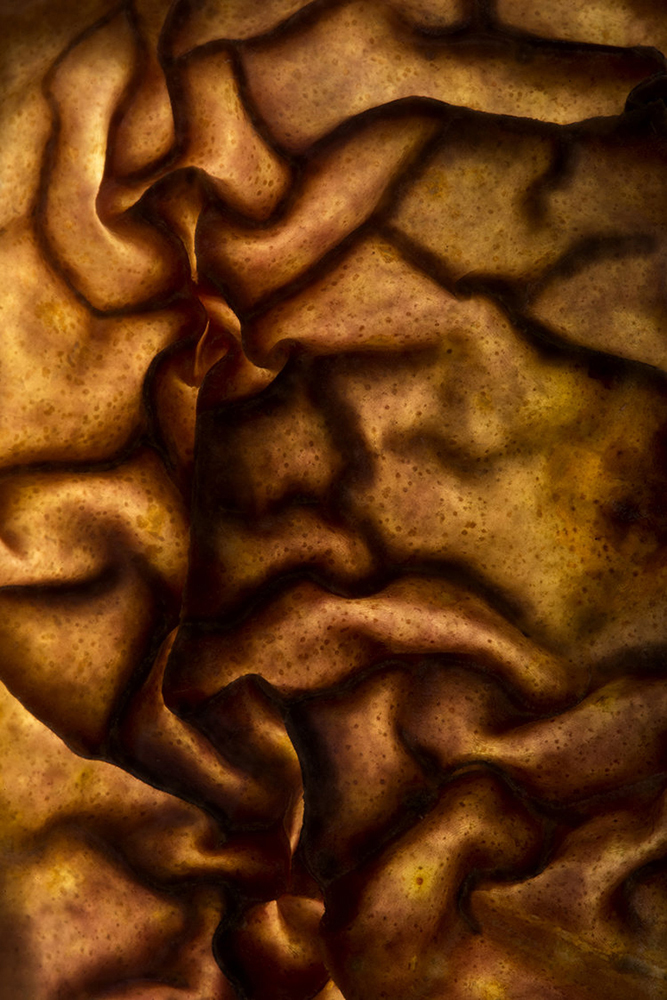 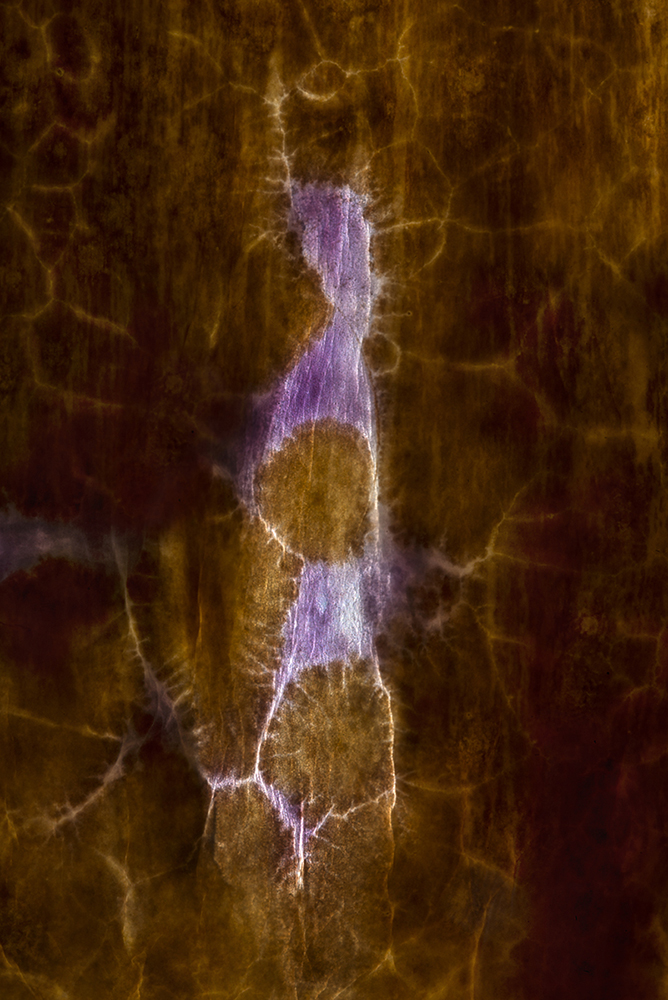 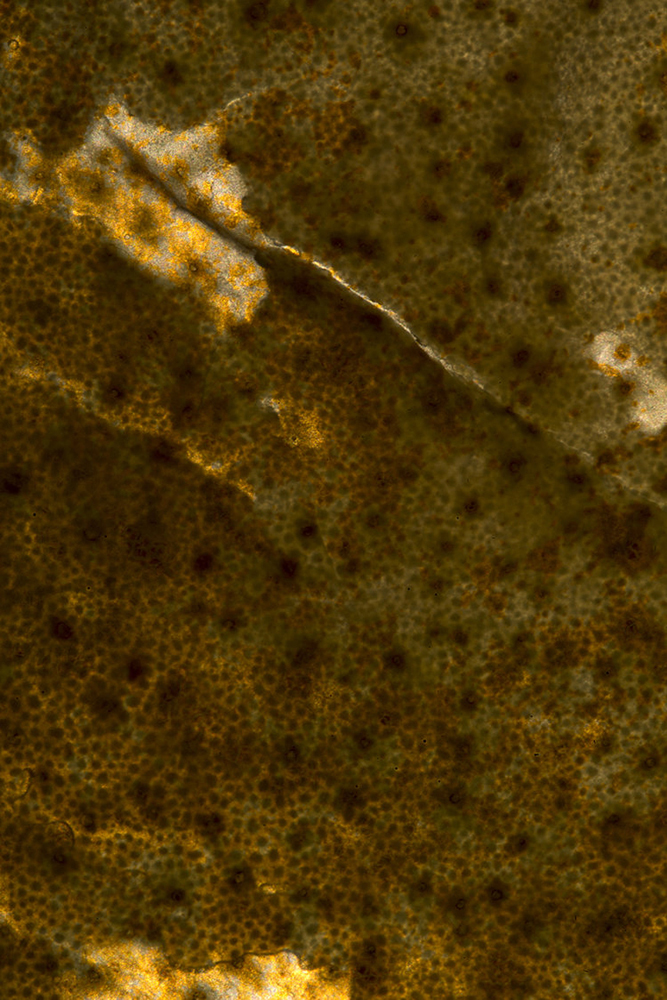 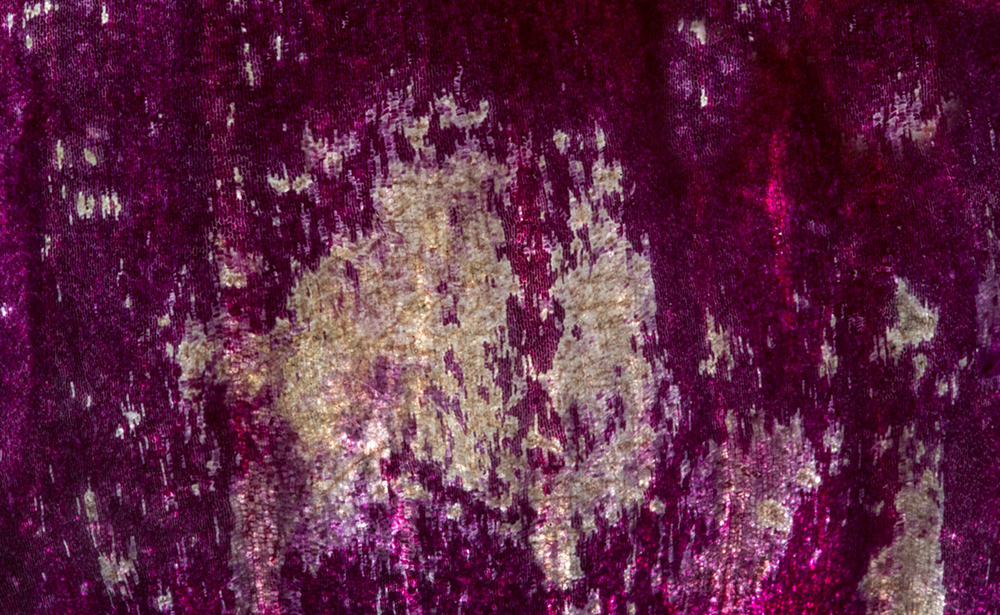 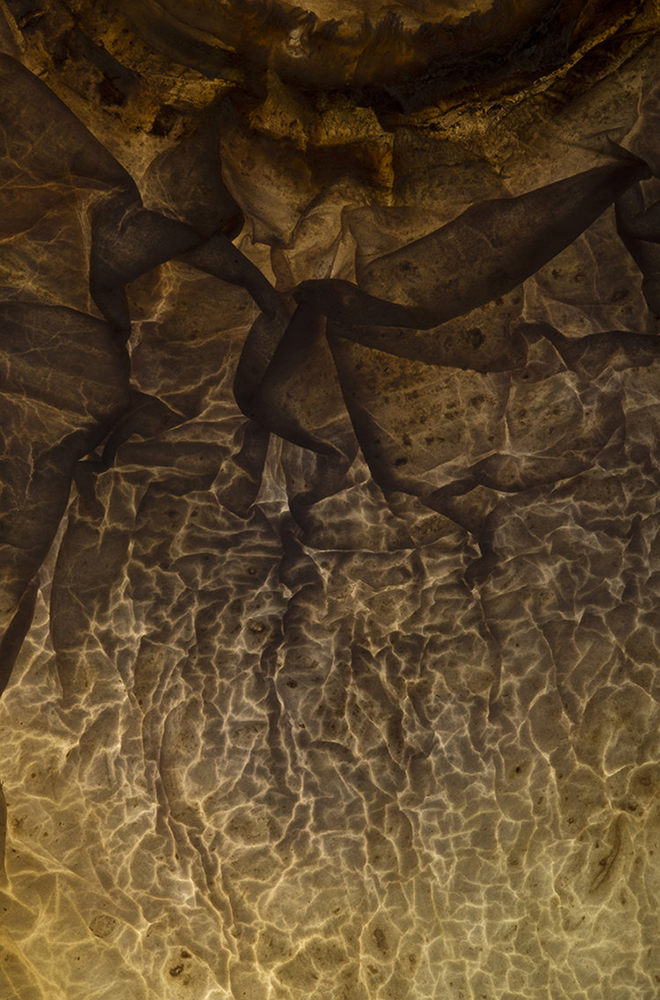