Last week the New York Times highlighted an exhibition that is right up my alley. The Museum of Art and Design in New York City is presenting Otherworldly: Optical Delusions and Small Realities which opened on June 7 and runs though September 18, 2011. I hope to feature several of the included artist/photographers, and am starting with Matthew Albanese. I am a sucker for anything created in miniature (I worship at the throne of Lori Nix–who is also included in this exhibition). Matthew has also found his magic-realism bliss while photographing gadgets for his family’s former online business. ” I always wanted to b a photographer, however it manifested itself”. His photographic journey manifested itself well, as his fantastically realistic landscapes are a tribute to seeing beyond the ordinary. To see more of his process, go here. 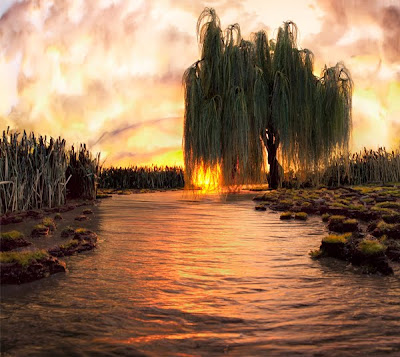 My work involves the construction of small-scale meticulously detailed models using various materials and objects to create emotive landscapes. Every aspect from the construction to the lighting of the final model is painstakingly pre-planned using methods which force the viewers perspective when photographed from a specific angle. Using a mixture of photographic techniques such as scale, depth of field, white balance and lighting I am able to drastically alter the appearance of my materials. 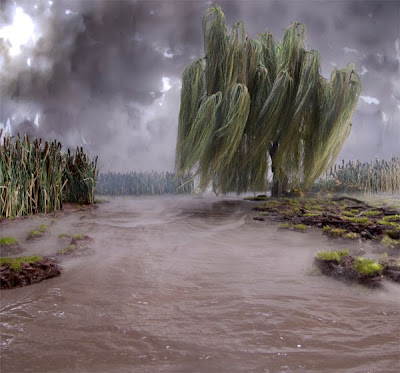 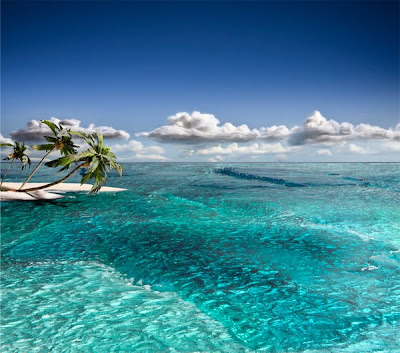 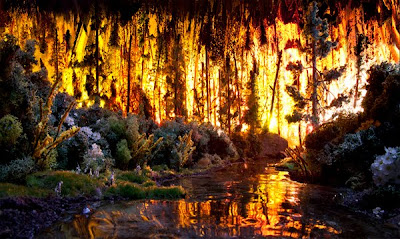 “Everything We Ever Were” It took two months to store up enough fireplace ash to create this lunar landscape. The darker rocks are made of mixed tile grout, flag crumpled paper & wire. The Earth is a video still projected onto the wall. Inspired by the Apollo 11 mission.

Tornado made of steel wool, cotton, ground parsley and moss 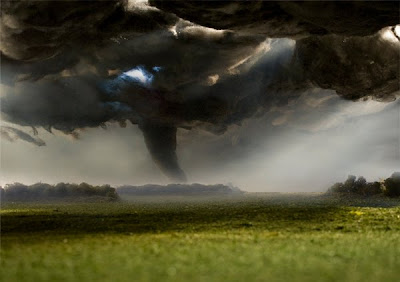 volcano, “Breaking Point”, made out of tile grout, cotton, phosphorous ink. this model volcano was illuminated from within by 6-60 watt light bulbs. 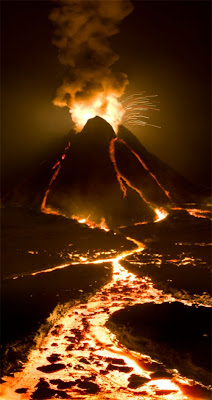 Burning Room, Made of wood, nylon, plexiglass, purchased dollhouse furniture. The model was actually set on fire to achieve this effect. 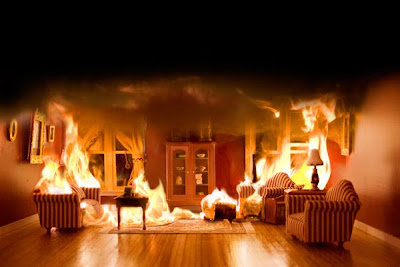 Sugarland, Made out of 20 pounds of sugar, jello and corn syrup. The crystals were grown in my studio over the course of two months. 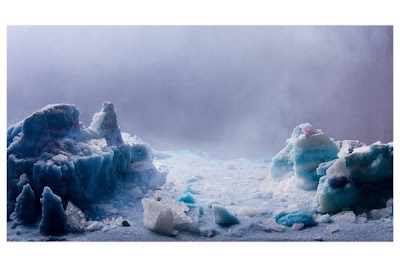 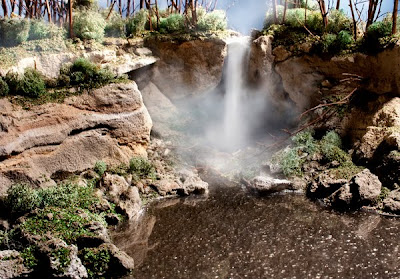 Fields, After the Storm. This model is simply made out of faux fur(fields), cotton (clouds) and sifted tile grout(mountains). The perspective is forced as in all of my images, and the lighting effect was created by simply shifting the white balance. 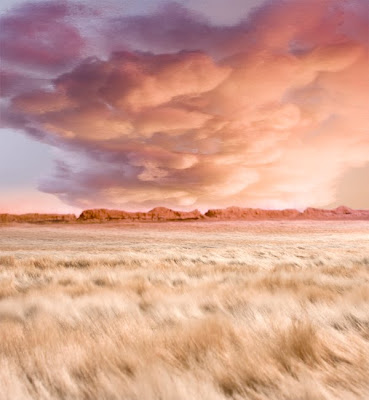 This one is a mixture of many different materials, tile grout, moss, bottle brushes (pine trees) Actual clippings from ground cover and was built on top of standard outdoor patio table (water glass). The sky is canvas painted blue. Coloring was again achieved by shifting white balance. 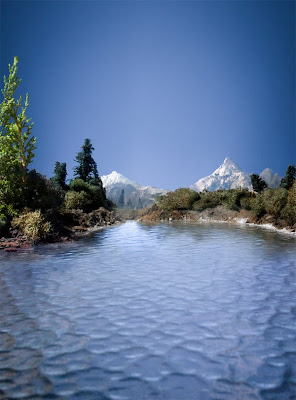 Mars # 2. Again, Paprika, cinnamon, thyme, chili powder, charcoal, This is the first landscape I ever created. 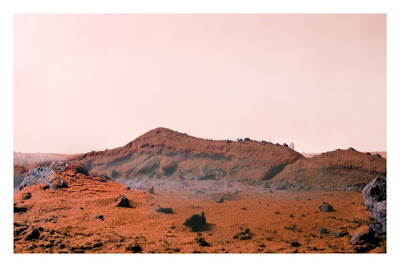 This was another experimental view of mars. The materials, paprika, cinnamon and chili powder (planet) and coffee and sugar (starfield) were sifted over the floor of my studio. The planet was photographed from 12 feet in the air. Although it looked cool, I abandoned this flat method of modeling because in the end I felt it too illustrative next to all the other landscapes. 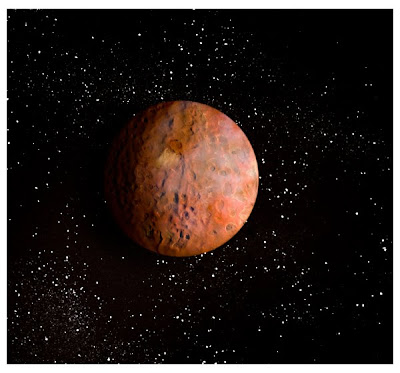 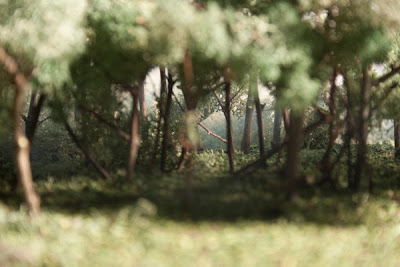