I had the great pleasure of getting to know Christopher Capozziello when he attended his opening at the Julia Dean Photo Workshops in Los Angeles last year. He had won the Berenice Abbott Prize for his series, For God, Race, and Country. From our conversation, and from exploring his many meaningful and compelling projects, it is obvious that Christopher is a very special person and photographer. He is founding member of AEVUM, a collective that looks at photography as a privilege, and seeks to give voice to others. Christopher’s work is well celebrated and for good reason. His philosophy is this:

“His work focuses on documenting both life around him, and stories that are outside of his own experiences. He believes that there is a redemptive quality to photography; that it can take the unpleasant or repulsive and make it beautiful, not by misleading anyone, but by allowing the viewer to stop and take a deeper look at the subject. As a photojournalist, his method of making pictures is not something new or incredibly deep – it is, simply, to tell the truth.”

The project that garnered Christopher the Honorable Mention for the Santa Fe Prize, The Distance Between Us, is a deeply personal series about his twin brother who navigates the world with Cerebral Palsy. His compassionate lens takes us on a life journey full of struggle and suffering, but ultimately is life affirming. Chris writes a monthly column on AEVUM about this project. There is also a terrific interview with Chris in Daylight Magazine.

The Distance Between Us from Christopher Capozziello on Vimeo.

The Distance Between Us: Over the last ten years I have been making pictures of someone very close to me, but it wasn’t until recently that I disclosed the photographs I have been making of the young man with cerebral palsy are of my twin brother Nick. By sharing who he is, I have seen first hand what suffering can do. It unites people in ways that other aspects of life cannot. When I meet someone who has a sibling that is sick or down on their luck, a friend or close relative who is ill, I hear the ache in their voice as they tell me their stories and express the guilt they feel as they watch the ones they love suffer. Then, almost always, they ask how Nick is doing. Sharing stories of suffering creates solidarity, and it makes us care more deeply for others.

Nick’s brain surgery was completed in early 2010 and for the first time our family holds out hope that things might change for him. We now wait to see how his condition changes as the doctors continue to treat him over the coming year.

©All images by Christopher Capozziello 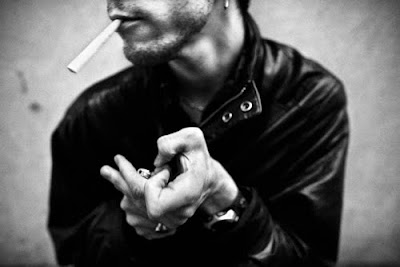 My brother Nick, sitting on a fire hydrant in New York City, trying to relax from a cramp. 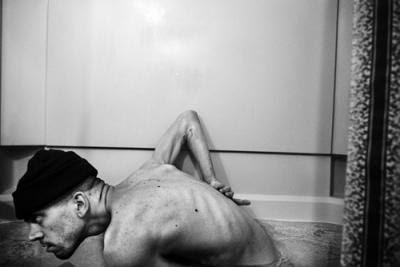 Nick has been getting bad cramps again. Earlier tonight he came out of his bedroom with his knee turned in, barely able to walk. It was hard to look because it appeared broken at the knee. Mom and Dad helped him into bed, straightened his leg against the end of his bed, and gave him medicine to relax his muscles. 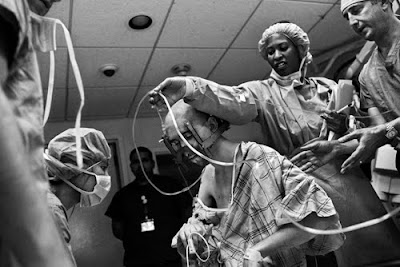 After 30 years of struggling through life, the doctors decide to allow Nick to undergo Deep Brain Stimulation Surgery. They hope that the surgery will help curb the muscle spasms from the CP. Should this work, Nick’s life will change in a drastic and beautiful way. He may be able to get a job and function better in society. 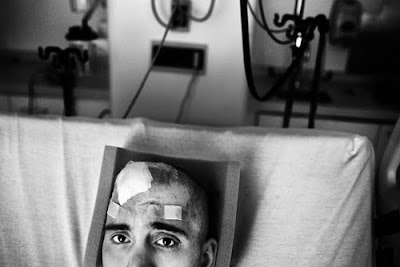 During the first surgery Nick stopped breathing, and the doctors had to pull him quickly out of the anesthesia before they were finished. They told him that he didn’t have to go back for the other half of the surgery, but I pulled for him to do it. “Why only fix half the problem,” I questioned. He was afraid of having the metal frame screwed into his head again. They did that while he was awake and he was only given topical Novocain. But, two months later, we were back in the hospital, and it was finally over. Now we wait to see what the surgery will do for him. 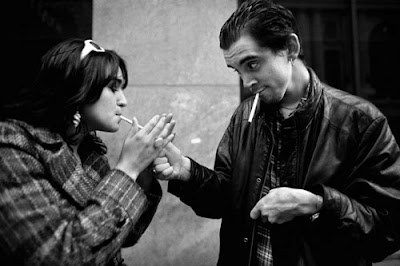 Nick smokes. He has been unable to hold down a job because of the muscle spasms, and when he is around other smokers, it’s a way for him to connect with them. But, Nick is diabetic and at tremendous risk of stroke and heart disease. He has tried quitting. 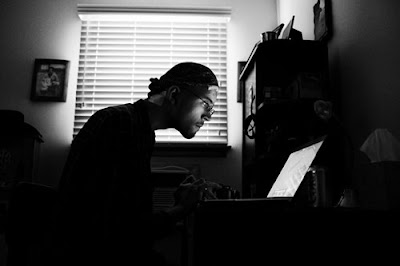 When I visit home, I can almost always find Nick in his room on the computer, playing Farmville or listening to music. 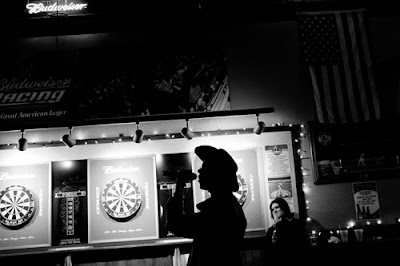 When I photographed Nick at the Ale House, a woman asked if I was making fun of him. I told her I was his twin brother. She yelled over Nick’s singing, ” ‘Cause if you’re making fun of him, there are a lot of guys here who wouldn’t like that!”