Guillermo Srodek-Hart is an Argentinean photographer, who grew up and lives in Buenos Aires. His series Stories is about old stores that are located in rural areas. Nostalgia runs very strongly in the Latin DNA, and I think his series is a perfect example of this. Every time I look at these images, I remember what these places smell like and how people dressed at the time even though they are not present in these photographs. They transport me to a different place and time…
Guillermo has an MFA from Mass College of Art in Boston, MA. He has been exhibited in many venues around the world, and his work has been published by O Globo, Fotografia Argentina, Boston Globe and Art Matters Magazine and several Argentinean newspapers. He is part of several collections such as the Santa Barbara Museum of Art, Attleboro Museum of Art and Fundación Petrobras. In the United States he is represented by Dina Mitrani Gallery in Miami, Schneider Gallery in Chicago and Gallery Kayafas in Boston.
Image from Stories 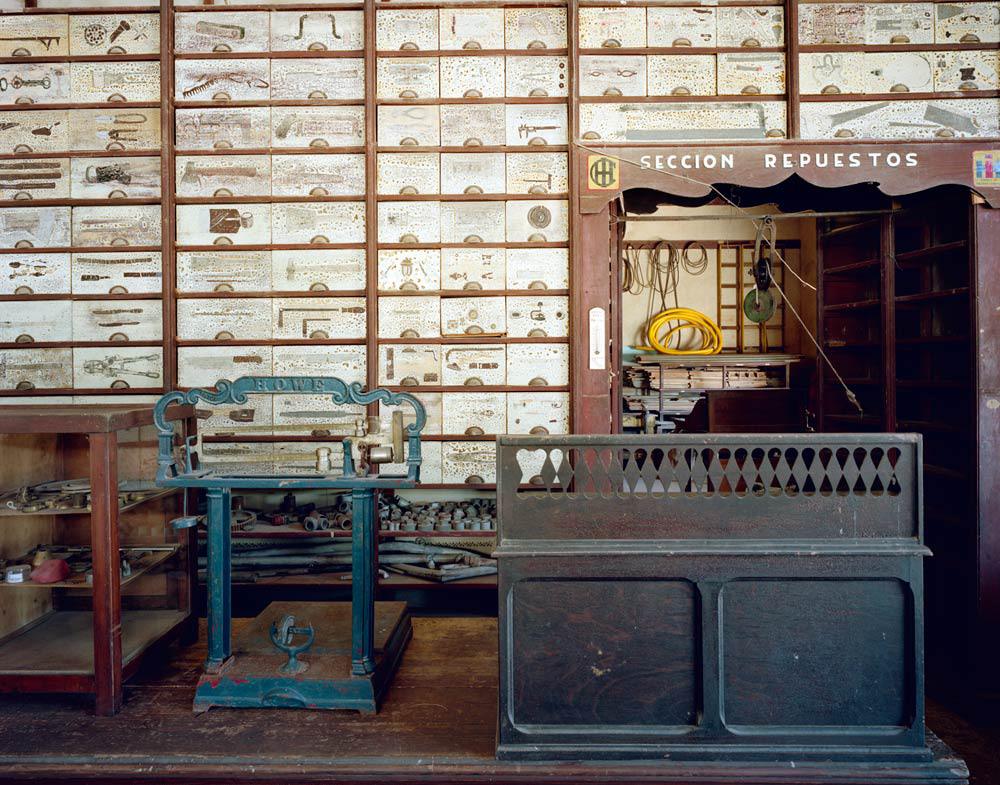 What does your Latin heritage bring to your work?
I discovered my Latin heritage while living in Boston as un undergrad at the School of the Museum of Fine Arts. The questions about my origin and my identity came when I was far from them. But I don’t see myself Latin in the way I photograph. On the contrary, I feel closer to FSA photographers. If I were living in some other place I would probably be drawn to the same subject matter.
Do you see a difference between work created in Latin America and work created in the States?
I am not sure, because there is so much information coming and going all the time that the influences cross over constantly. But I do see that there is less of an academic influence here than in the US. Here, still, people who want to learn photography have to figure out a way to make it work for them, as opposed to the huge structure that the Art Schools offer to a student in the US, where it is a safer environment (while you are enrolled). After graduation, it is a whole different story. I think there is a lot of regurgitation going on in the US Art Schools but I also think this is inevitable.
What is the state of photography in your country–is it well supported, are galleries selling, do Photographers have an outlet to show their work?
There is a lot of interest in the medium, and there are great venues to exhibit. There are also excellent teachers and very talented young and not so young photographers. But I think the market is not very good here. People will fill up a gallery at the opening, then throughout the month it will be very visited, but perhaps there are no sales. And now the dollar is crazy here so I dont know what will happen. A lot of collectors from abroad come here to buy cheap and good work.
Images from Stories 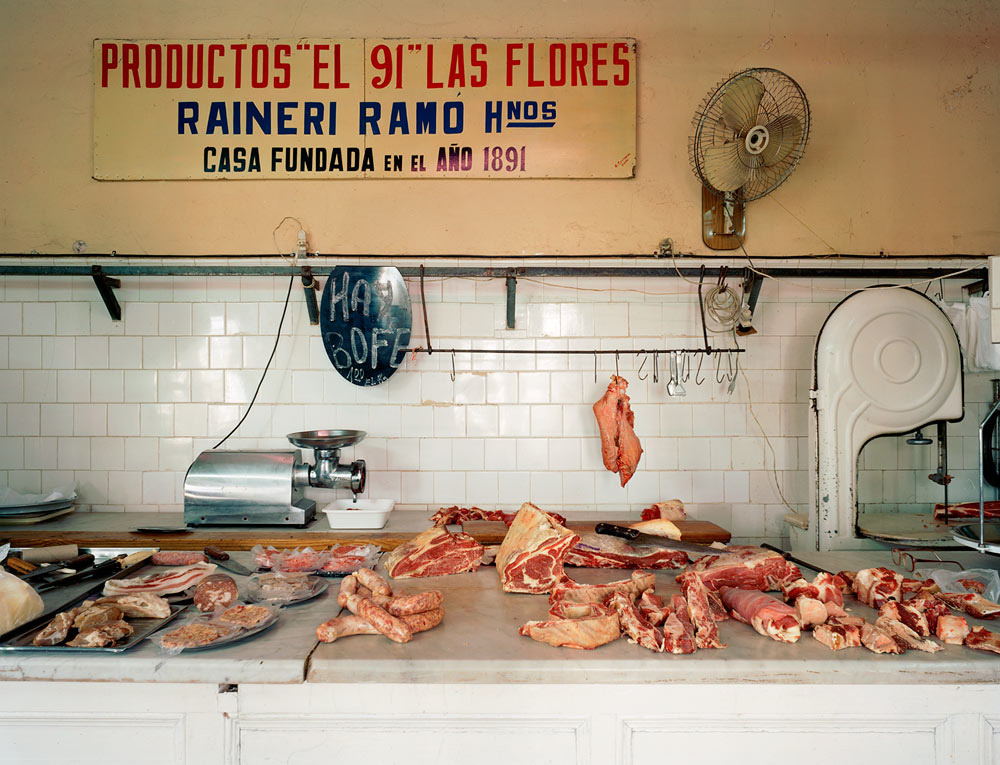 I drive to the small rural towns in the Argentine countryside to get away from what I know. For me, being uncomfortable stimulates creativity. When I enter unknown territory, I stop, get out, and talk to people. I tell them I am interested in old stores, places that still function almost in a separate time, those that remain authentic, running on their own agendas. 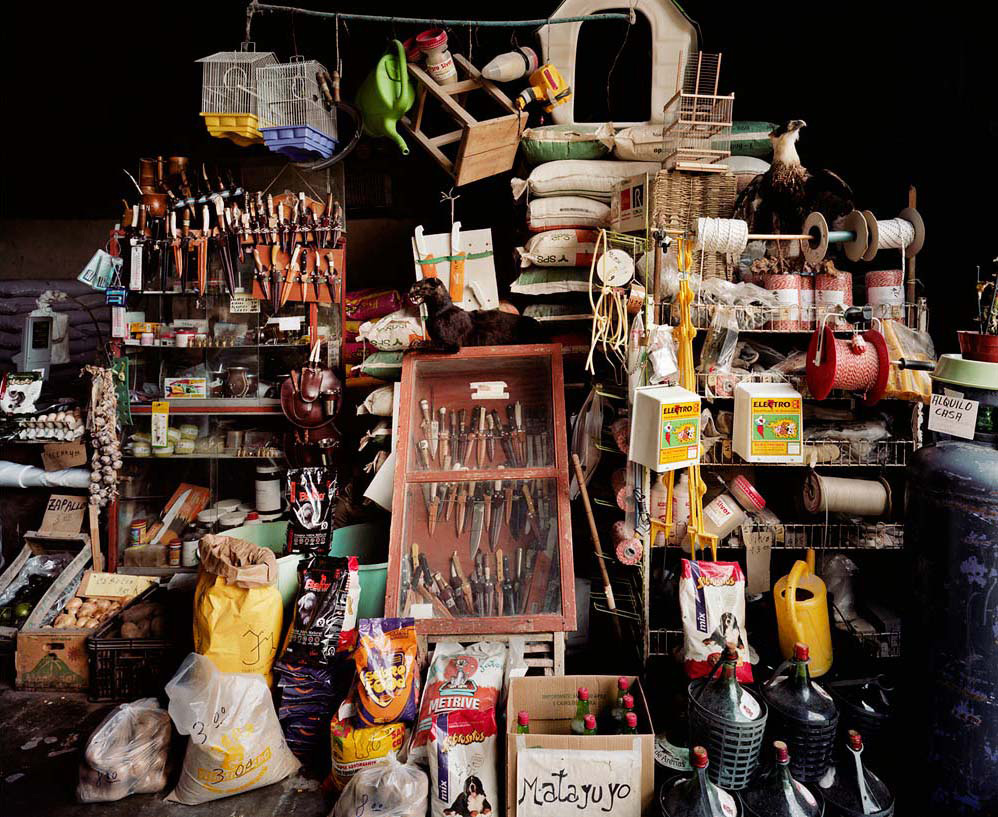 I want to find places that remain authentic, that are running on their own agendas. Sometimes I think I am photographing the last rebel’s strongholds, or artists’ studios, because these places seem to operate by a different set of rules.  When I run out of words, I take my folder out and show prints of previous shots I’ve taken, like a detective sharing evidence.  I am looking for places like these, I ask while flipping through the photographs.  My project takes on a collaborative nature because I rely on these interactions, the people I meet point me to new locations, and that’s how I build my itinerary. 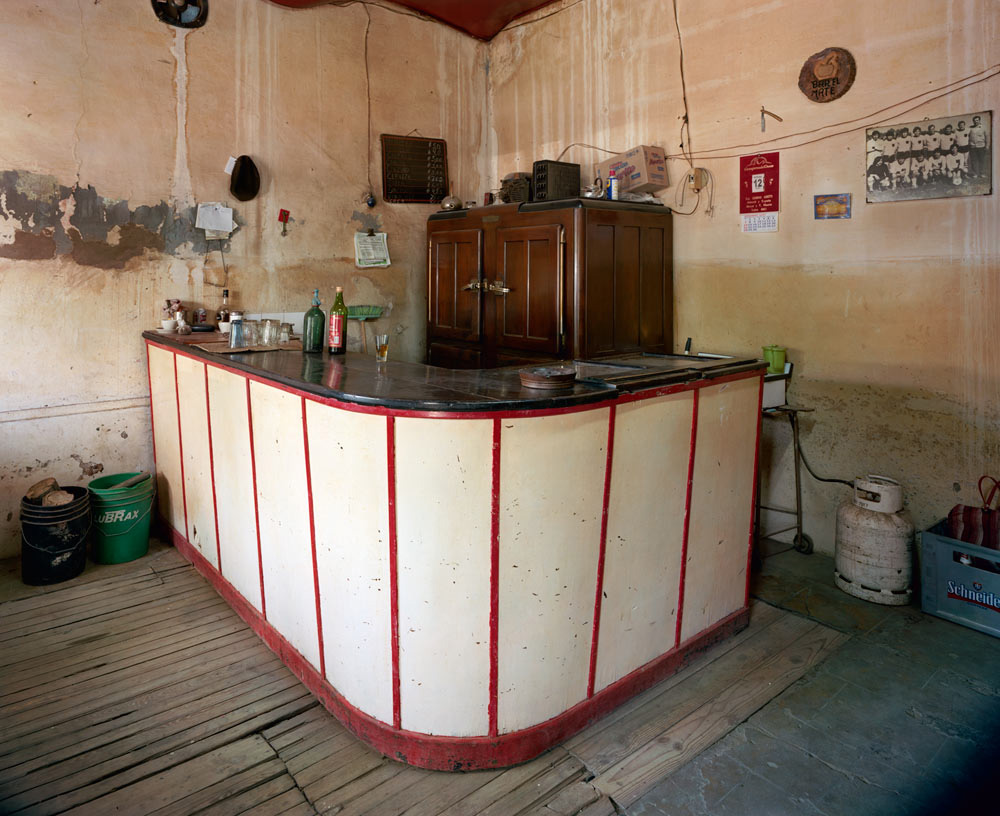 Many times I am asked ‘Why aren’t there any people in your photographs?’ My answer is ‘Look closely, they are all over the place.’
My photographs are filled with traces of human presence: objects, furniture, stuff hanging from the walls, accumulations on display. They speak to me of the invisible, that which can’t be seen but is there, stories to be imagined, and, ultimately, the acknowledgement of our own transience in this world. 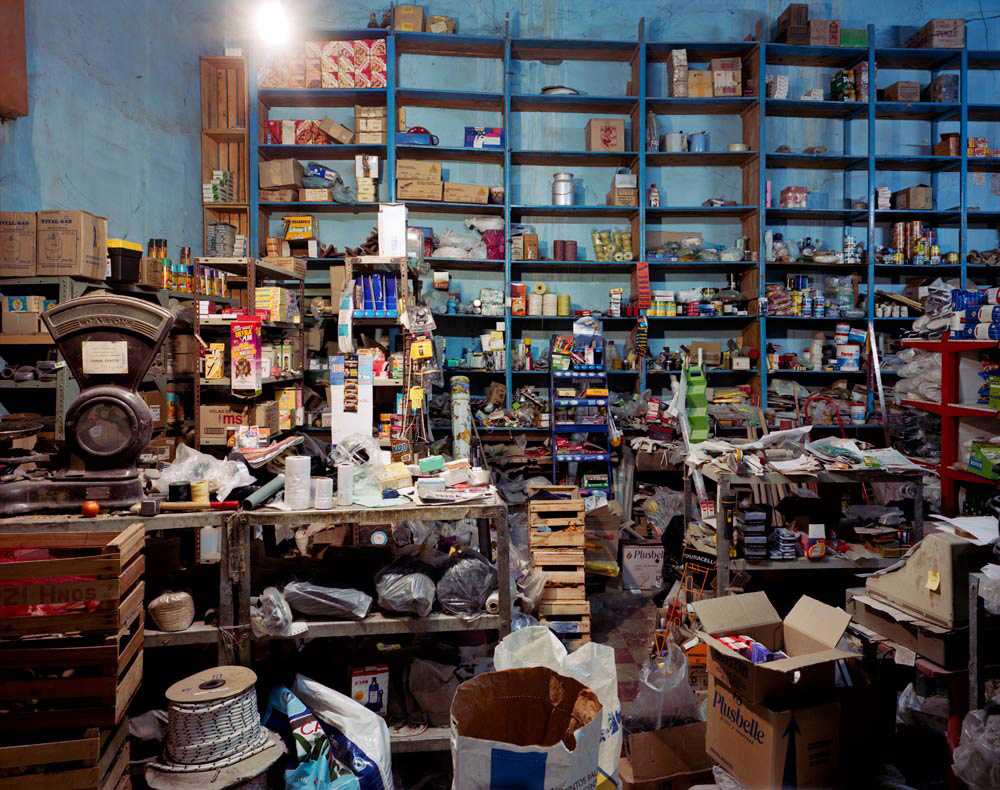 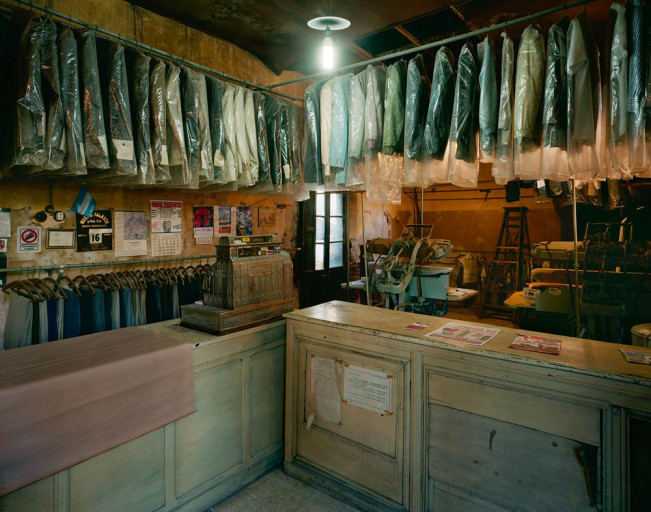 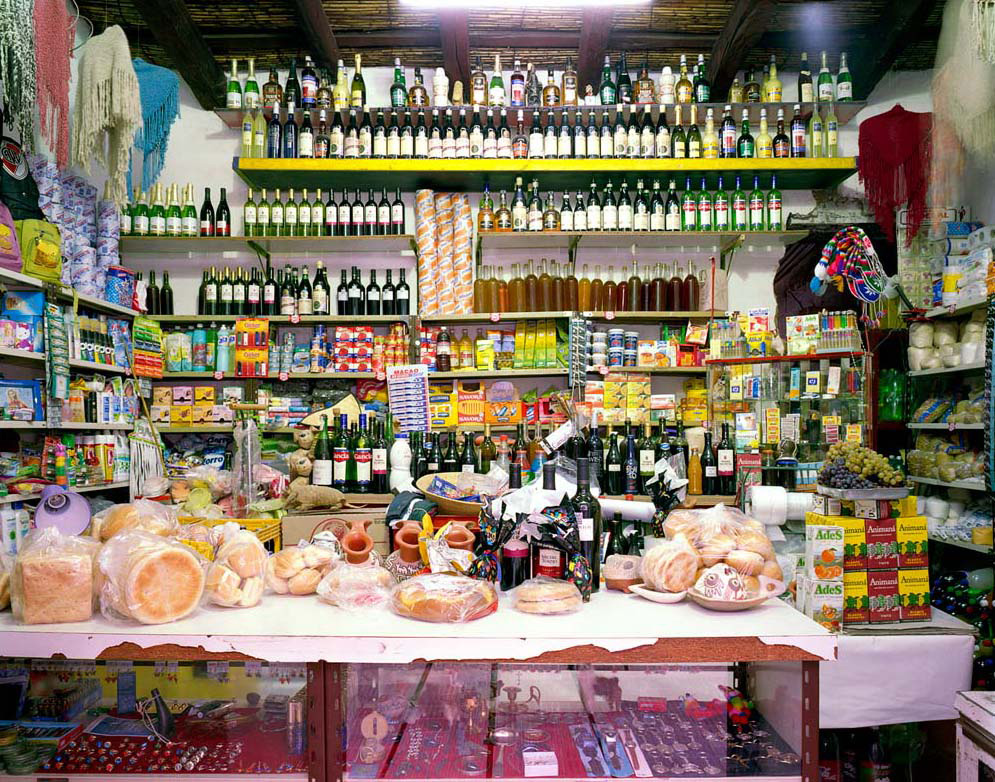 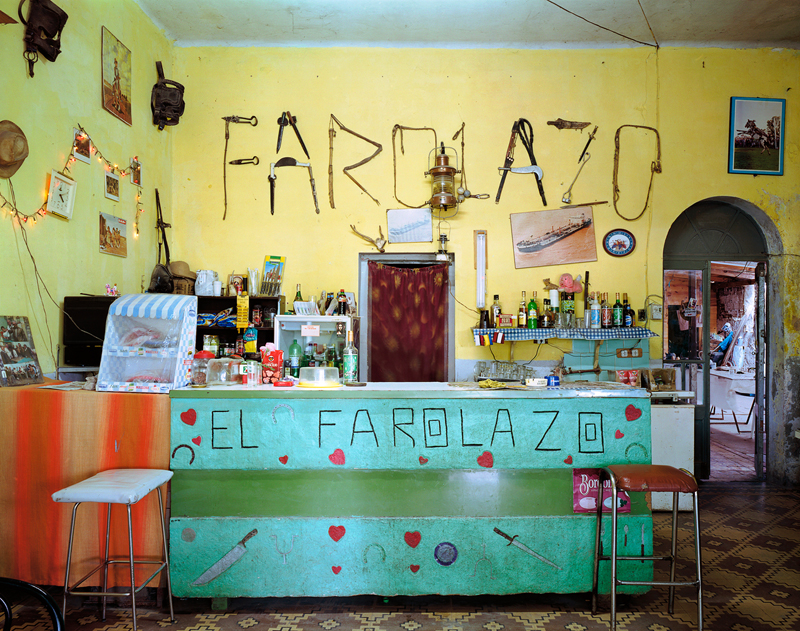 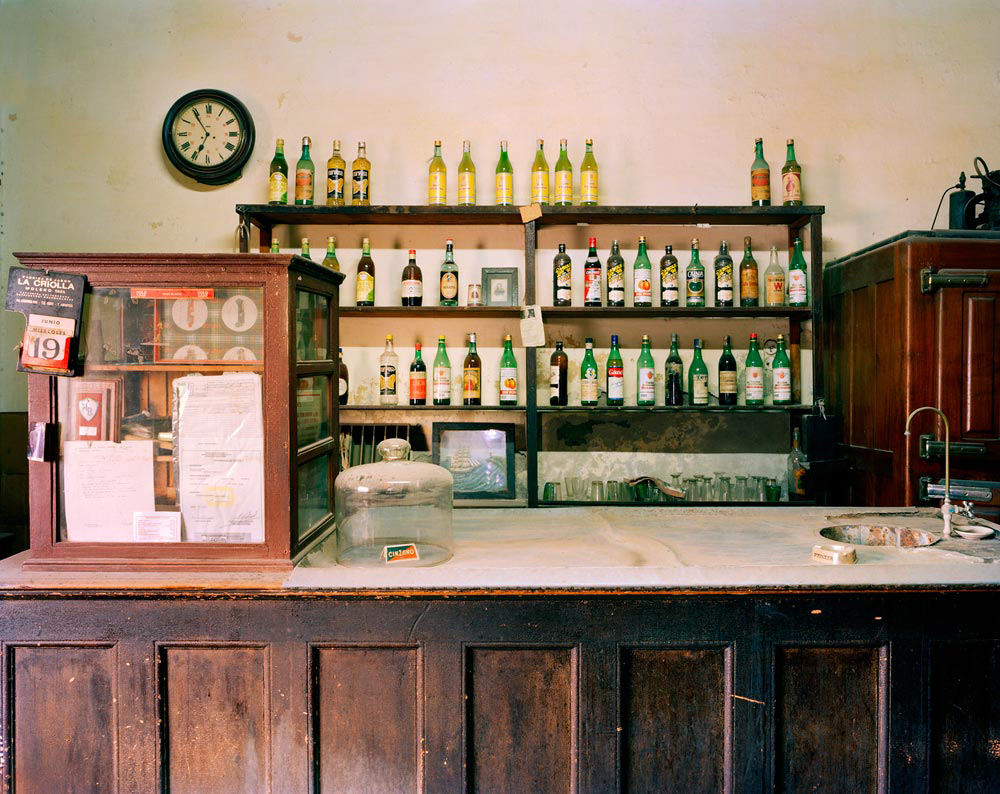 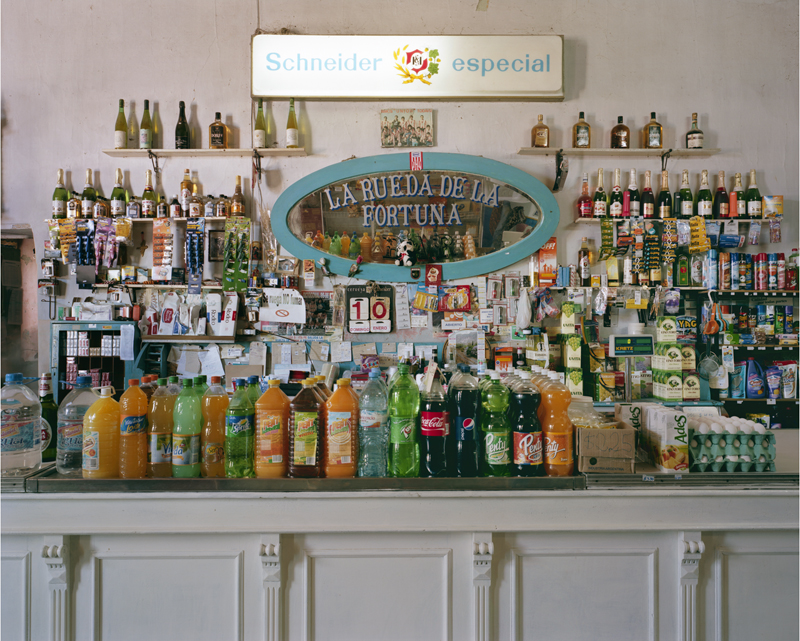 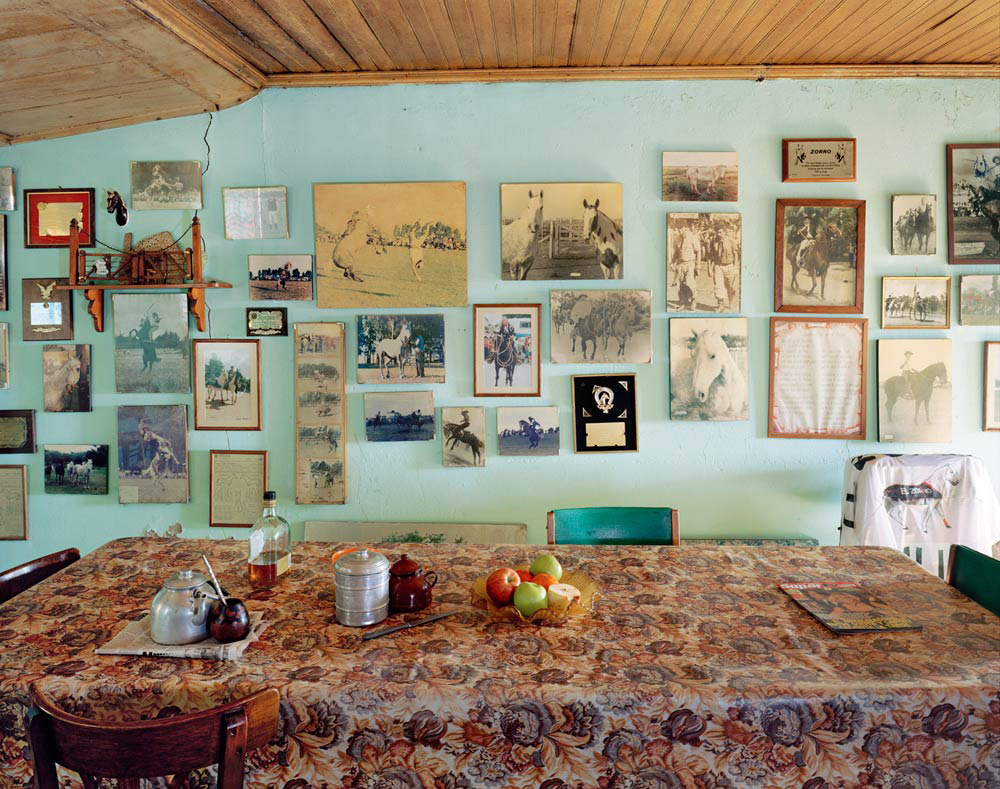 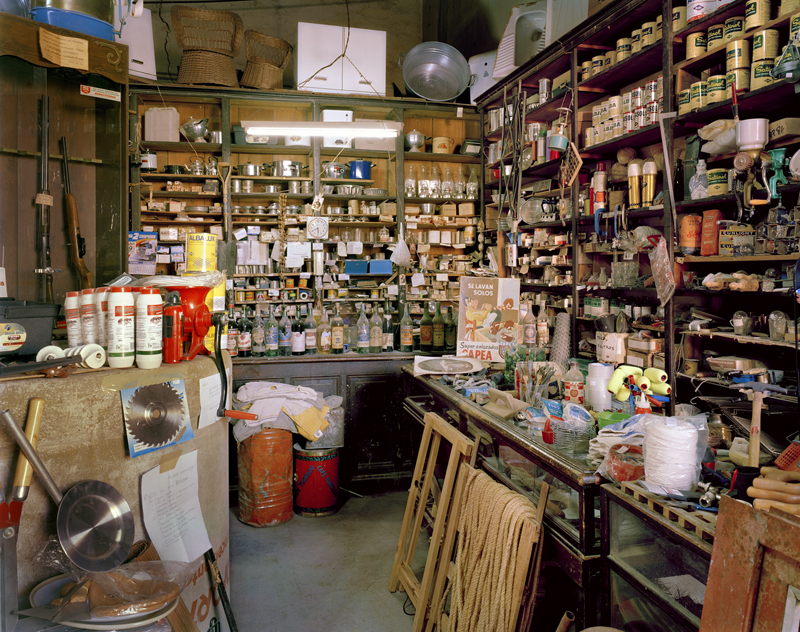 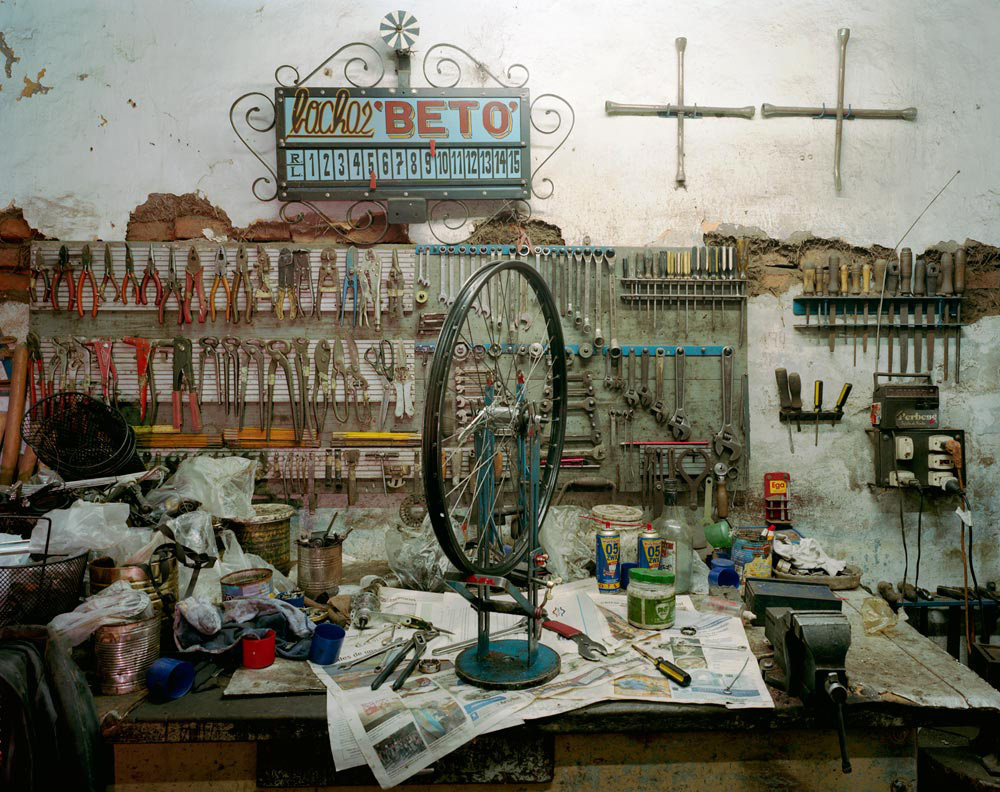