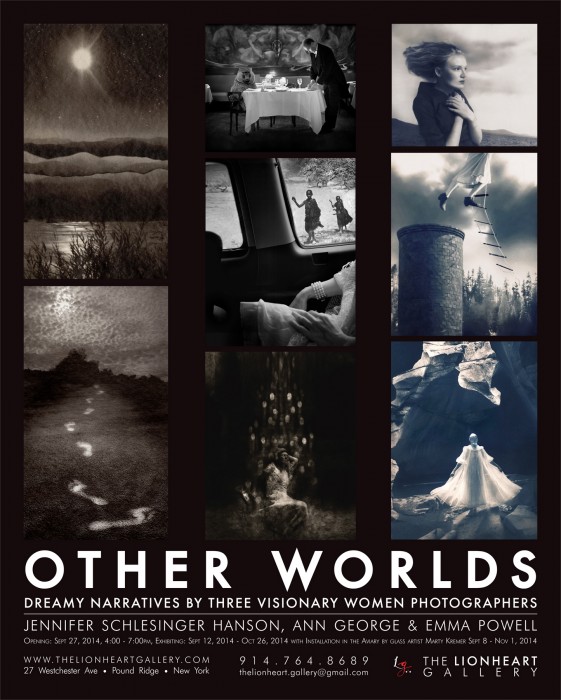 A few months ago, I presented a Mixtape on Jennifer Schlesinger to celebrate her roles as gallery director, curator, and educator. Today, we celebrate JSH, the artist. Jennifer is presenting a new body of work, Utopia, that are all unique, selenium toned, handcoated albumen prints in the three person exhibition, Other Worlds at the Lionheart Gallery in Pound Ridge, NY. Accompanying her work, are photographs by Anne George and Emma Powell. Jennifer’s stunning images celebrate light, night, and mystery as she seeks to find utopia in the beauty of the natural world.

Jennifer Schlesinger is an artist, curator, and educator based out of Santa Fe, New Mexico. She graduated from the College of Santa Fe in 1998 with a B.A. in Photography and Journalism and was an adjunct Professor there from 2005-2006. Schlesinger has exhibited widely at Southwest regional institutions such as the Marion Center for Photographic Arts (SFUAD) and the Santa Fe Art Institute, as well as national institutions such as the Southeast Museum of Photography and the Chelsea Art Museum. Her work has been published online and in print with international publications such as Black and White Magazine U.S and UK, the cover article for Diffusion Magazine Volume III, and Fotoritim.

Schlesinger is represented in many public collections, including the Southeast Museum of Photography, FL; The New Mexico Museum of Art, and the New Mexico History Museum / Palace of the Governors Photo Archives. She has received several honors in recognition of her work including a Golden Light Award in Landscape Photography from the Maine Photographic Workshops and the Center for Contemporary Arts Photography Award in Santa Fe, New Mexico, both in 2005. She has been awarded many distinctive nominations such as the Santa Fe Prize for Photography by the Center and the Eliot Porter Fellowship by the New Mexico Council for Photography. She was the Assistant Director of Santa Fe Art Institute from 2003-2005 and has been the Director of VERVE Gallery of Photography since 2005. 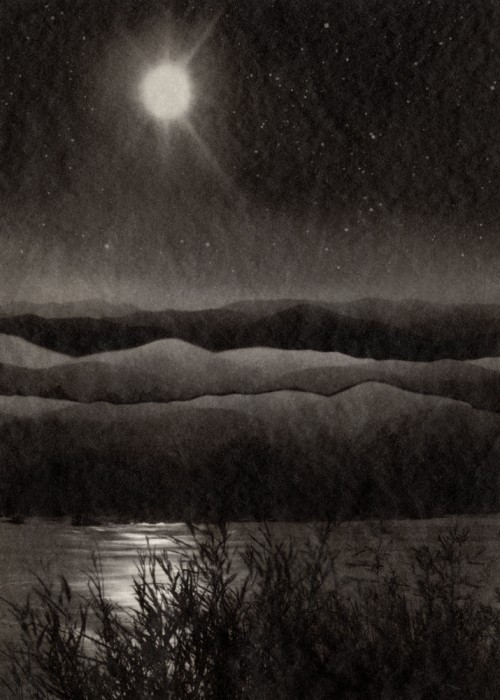 Utopia was first described in the Plato’s Socratic dialogue, The Republic, where Plato shared the idea that if citizens learned the wisdom to eliminate poverty, they could become rulers. In this society, there would be few laws and wars, ultimately leading to a peaceful society.

The notion of Utopia arose again in the 16th century, with Sir Thomas More’s book Utopia which proposed an ideal society in the creation of the said name. The actual definition of Utopia has been confused over time between the Greek definition which means “no place” and the homophonic prefix meaning “good place.” The marriage of these two definitions assumes that the definition for Utopia is an idyllic place that does not exist. 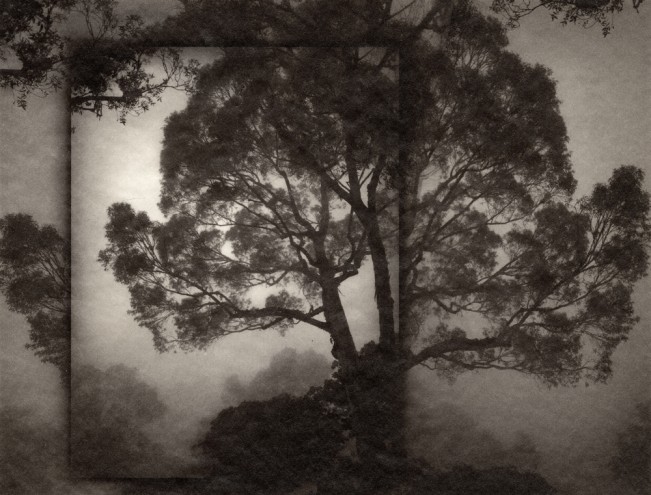 In this series, I have constructed imaginary landscapes, with the intention to create a physical landscape of which does exist, if only in the paper-imaged form. They are my response to the philosophical question of whether a perfect place can exist, bringing together life’s dualities into a perfect union of beauty.

The albumen process involves simple egg whites as the base on the paper for light sensitive silver nitrate. Albumen, as a medium, helps to convince the viewer that these landscapes do exist, as our societal association with the 19th Century albumen prints were deemed true renditions of the time and place in which they were taken. 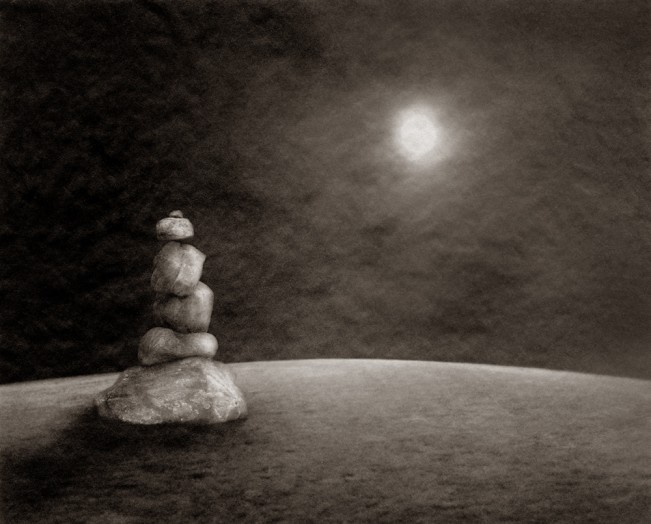 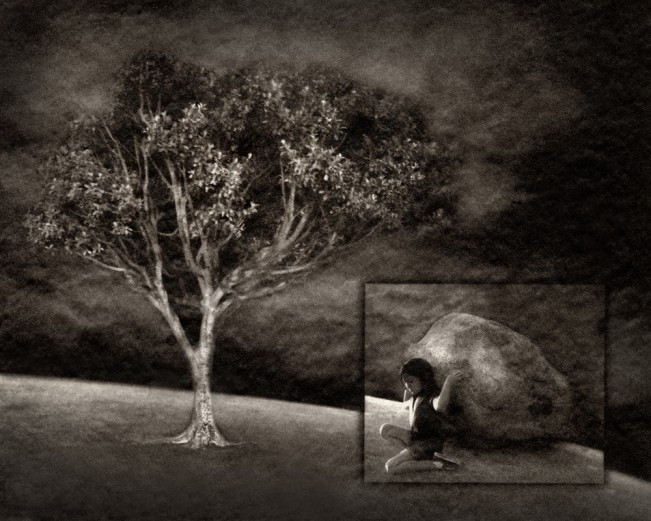 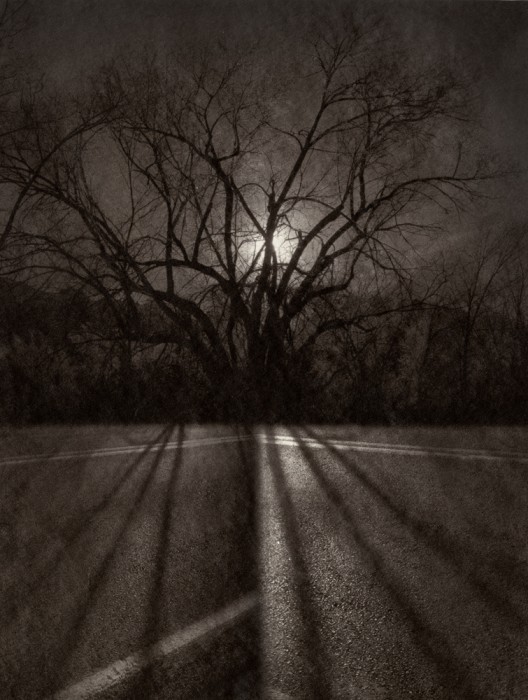 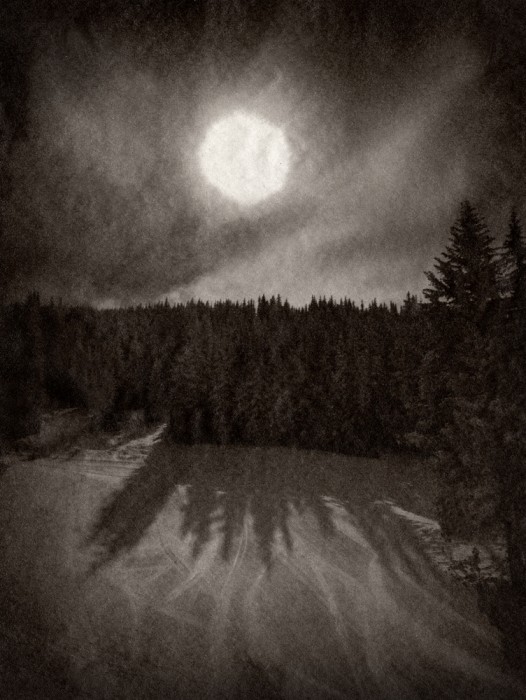 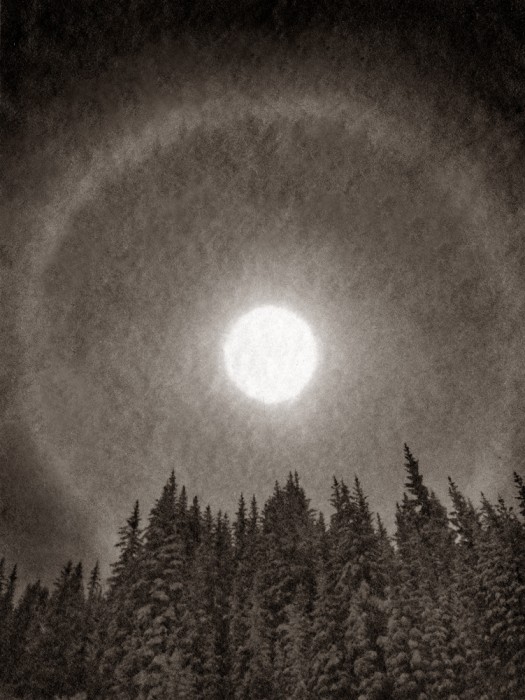 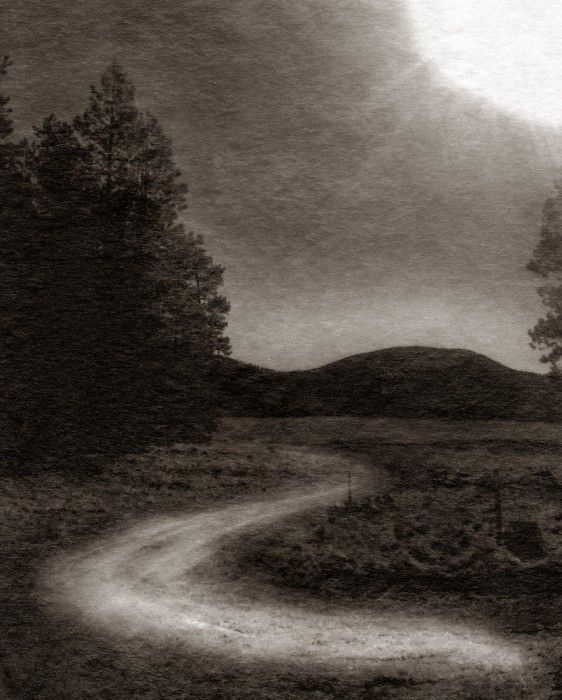 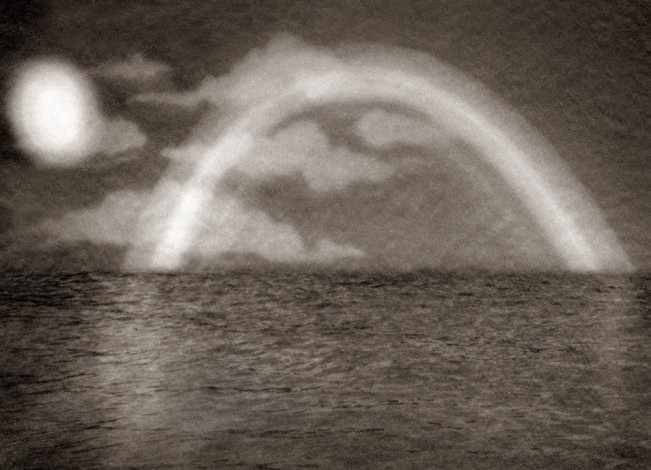 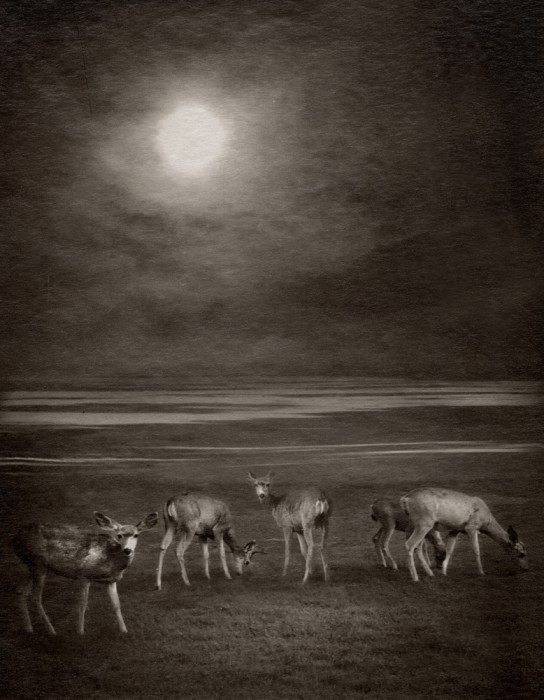