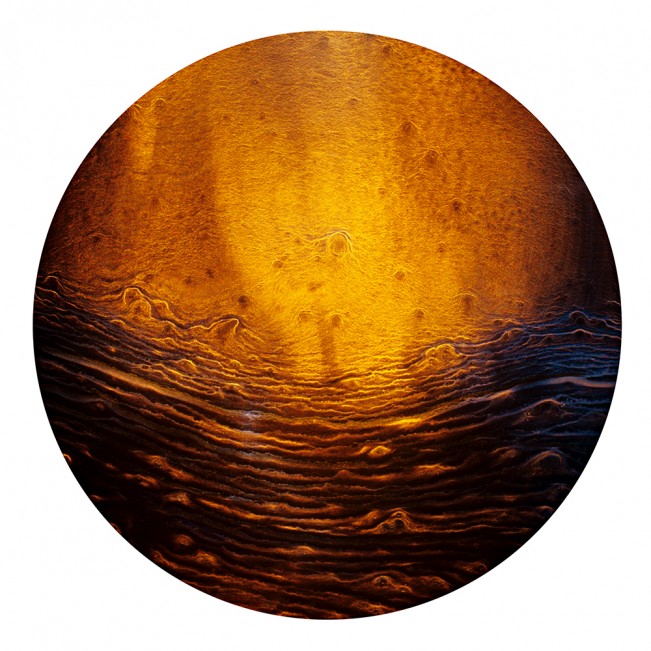 Photographer Ernie Button’s work has been traversing landscapes, sometimes in far flung locations, and sometimes created from a box of cereal. His ability to recontexualize the ordinary is evident in his new series, Vanishing Spirits: The Dried Remains of Single Malt Scotch.These explorations become planetary and other worldly and make us want to crack open a bottle of whiskey and start considering it’s possibilities.

For much of his adult life, photography has provided Ernie Button a forum to communicate his past and present, his humor and concerns as well as his observations and explorations. His work has been exhibited widely with his photography included in exhibitions at Davis Orton Gallery (Hudson, NY), Rayko Photo Center (San Francisco, CA), Soho Photo (NYC), Center for Fine Art Photography (Fort Collins, CO), and The Camerawork Gallery (Portland, OR).  His photography has been a multiple Photolucida Critical Mass finalist. Prints of his work can be found at Davis-Orton Gallery and Photo-Eye Photographers Showcase. 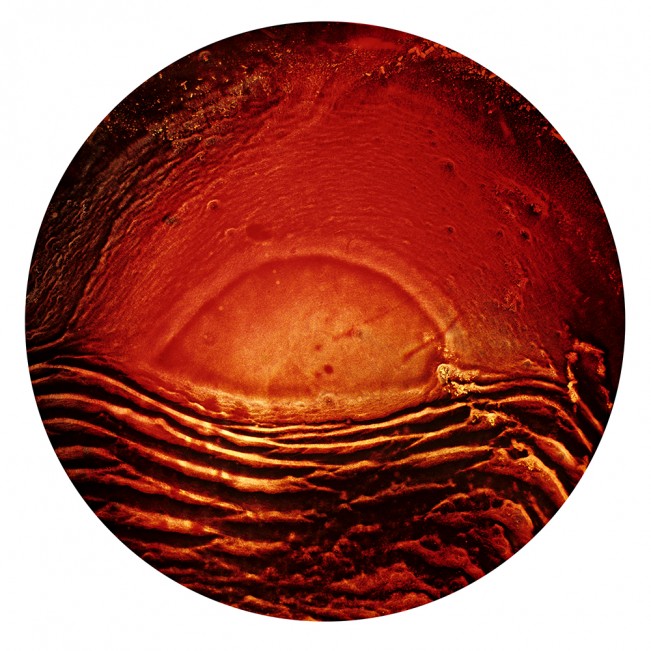 I feel fortunate that I stumbled onto this phenomenon. I am a fan of observing my world and the things that are happening around me; noticing the smaller details that may be ignored or overlooked. The idea for this project occurred while putting a used Scotch glass into the dishwasher. I noted a film on the bottom of a glass and when I inspected closer, I noted these fine, lacy lines filling the bottom. What I found through some experimentation is that these patterns and images that can be seen are created with the small amount of Scotch whisky left in a glass after most of it has been consumed. The alcohol dries and leaves the sediment in various patterns. It’s a little like snowflakes in that every time the Scotch dries, the glass yields slightly different patterns and results. Different color lights have been used to illuminate the bottom of the glass, creating the illusion of landscape, terrestrial or extraterrestrial. Some of the images reference the celestial, as if the image was taken of space; something that the Hubble telescope may have taken. The circular image references a drinking glass, typically a circle, and what the consumer might see if they were to look at the bottom of the glass after the whisky has dried. The images were titled with the specific Scotch brand that the rings were created with but the number is a 3 digit number that has nothing to do with the age of the scotch. Merely a number to help differentiate between images. 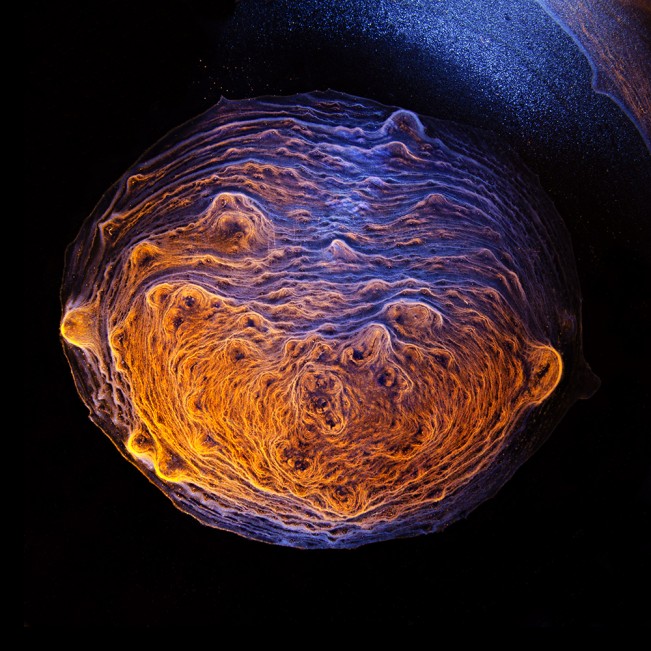 I visited Scotland in May 2014 and during that trip, I met with Ken Grier who is the Director of Malts for The Macallan distillery and chief curator of their photography collaborations. He had heard about my work and we had been corresponding a few months prior to my visit as he was interested in talking further about working with me. The Macallan has a promotional series for their Scotch called the Masters of Photography and have partnered with photographers like Annie Leibovitz, Mario Testino, Albert Watson, Rankin and Elliot Erwitt for that series. They have also released limited edition whiskies in collaboration with photographers Nick Veasey and Daido Moriyama. Ken requested that I create 12 images using my process with The Macallan whisky for a promotion to be named later. I have created all 12 of the images for The Macallan and I have delivered them to Ken and his design team, who are actively working on the project. The completed project should be available for purchase toward the end of 2015. 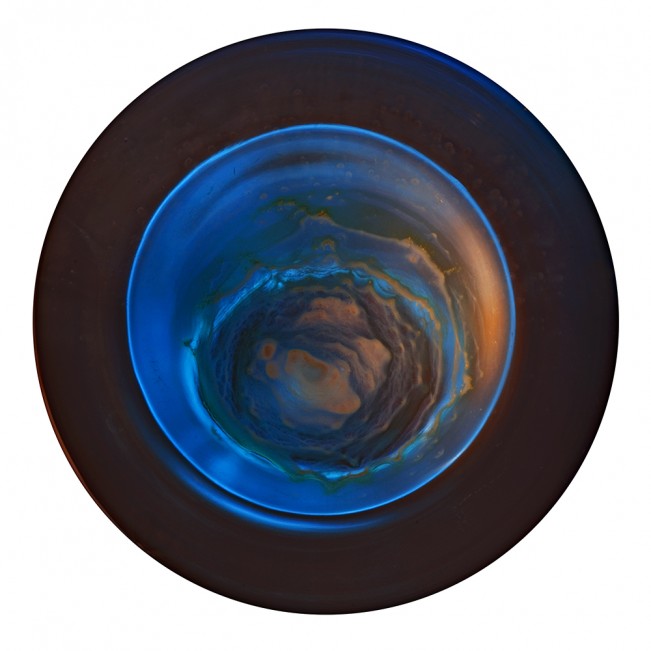 After a few years of working on the Vanishing Spirits project, I became curious how a seemingly clear liquid could dry and leave these complex yet regular patterns. I reached out to Dr. Howard A. Stone, the head researcher at Princeton University’s Complex Fluids Group who was kind enough to entertain my questions. He and his team have been conducting some research into what makes these patterns different from the way other fluids dry.  They are submitting a research abstract to present their findings at the 67th Annual Meeting of the American Physical Society’s Division of Fluid Dynamics in November 2014 (abstract title: Painting Pictures with Whisky) with the hopes of writing a research article for a scientific journal in the future. 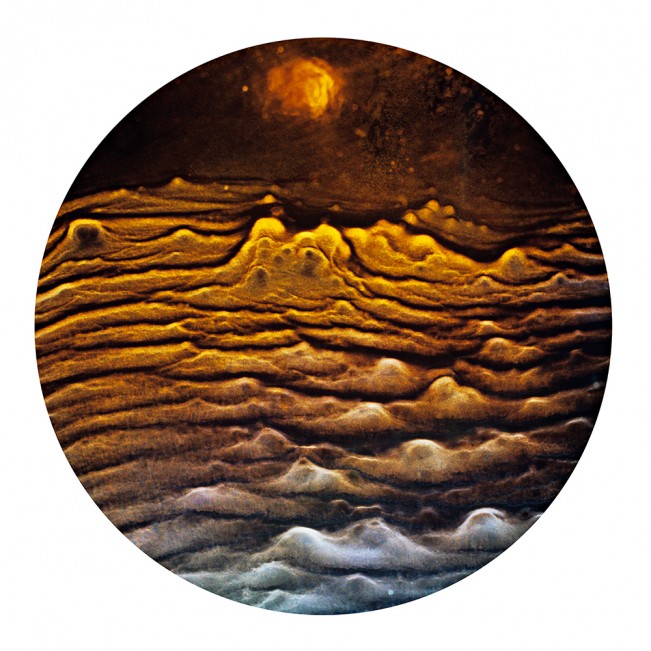 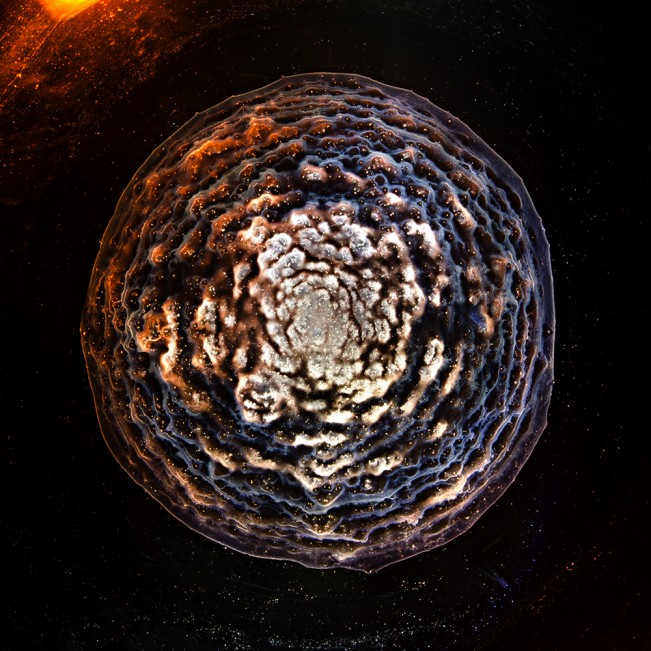 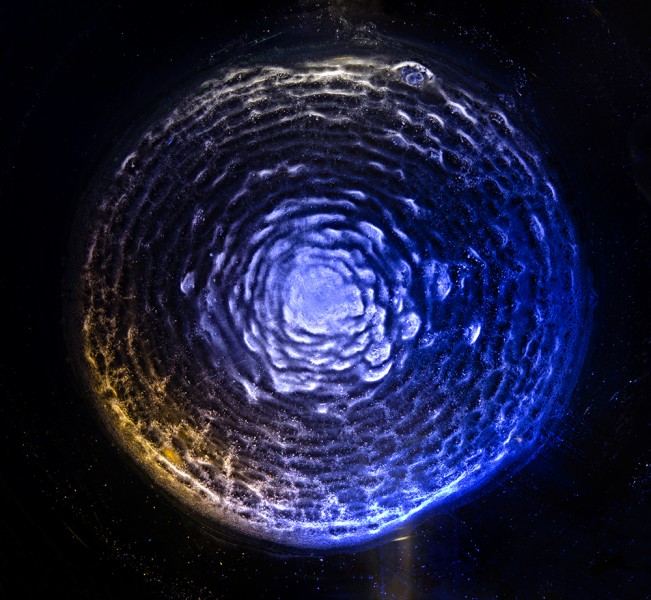 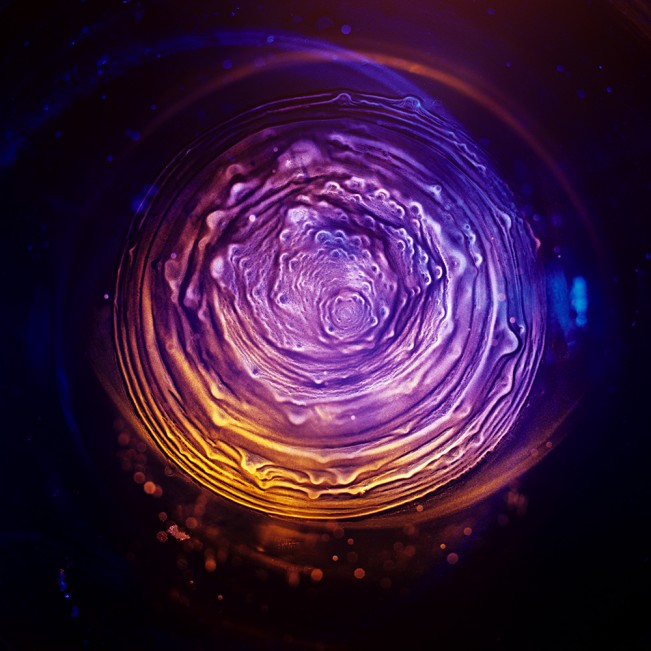 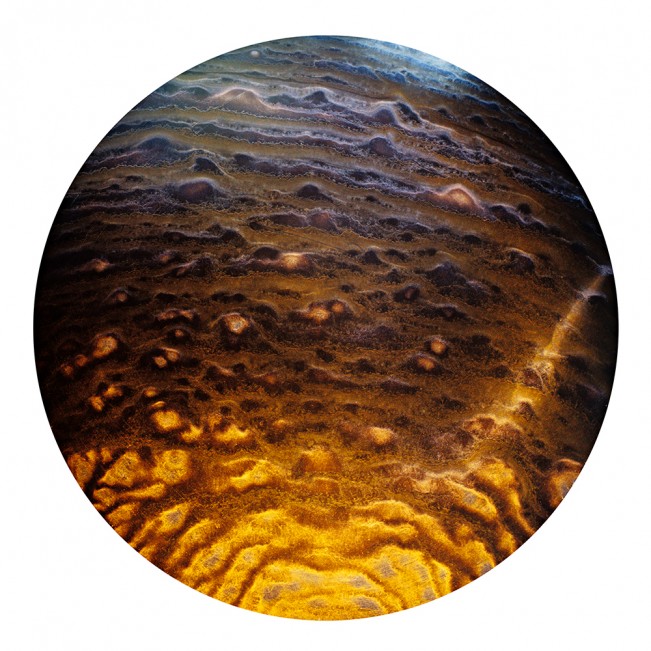 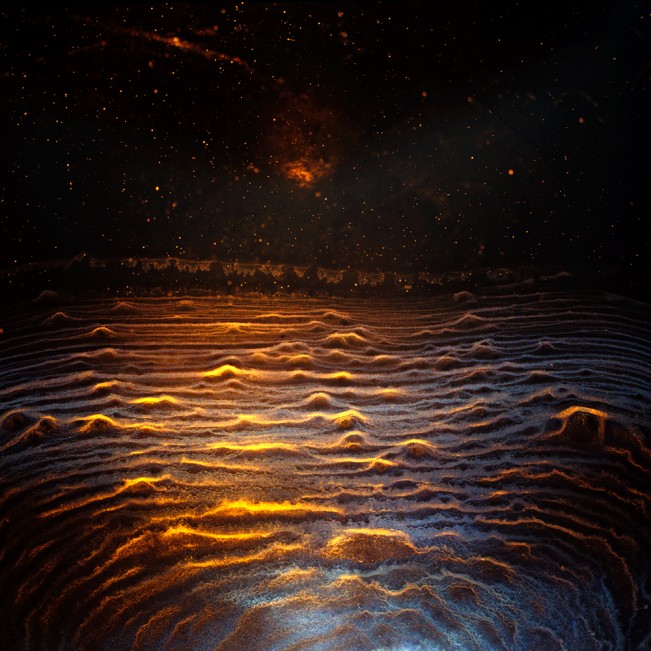 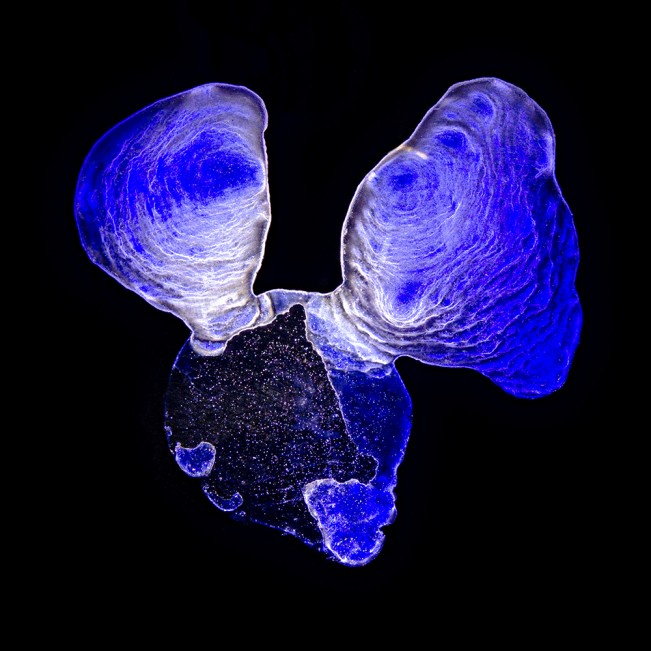 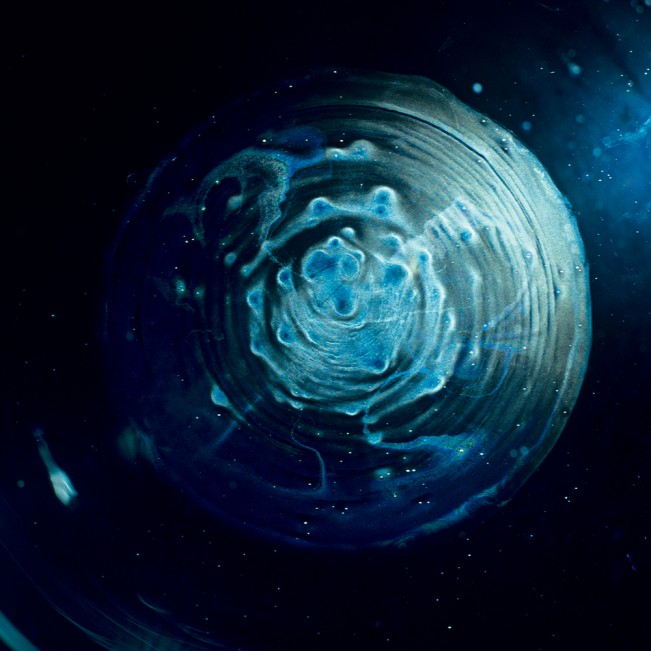 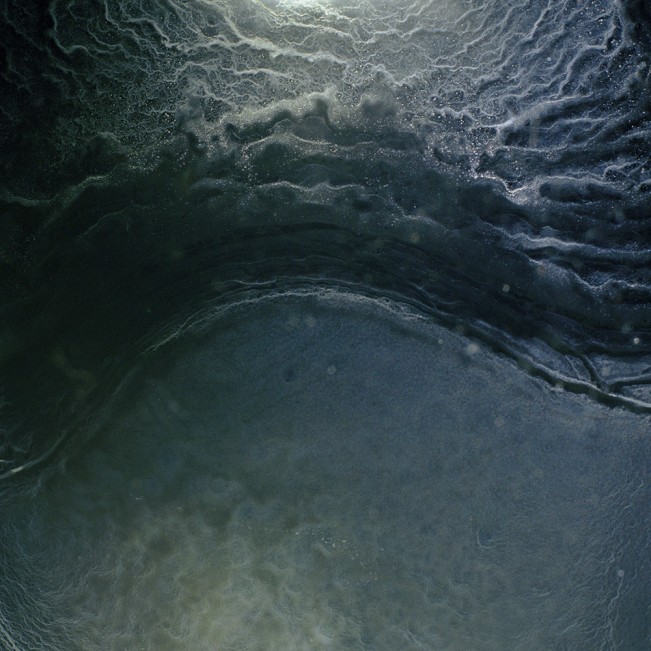 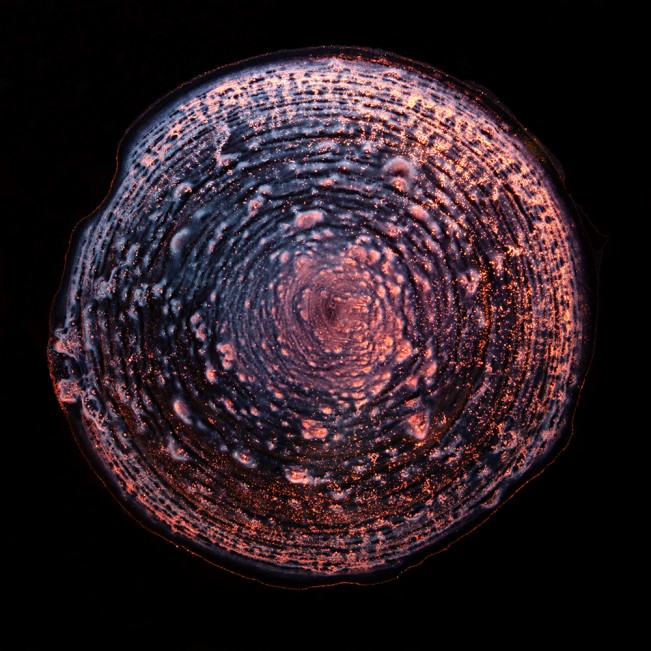 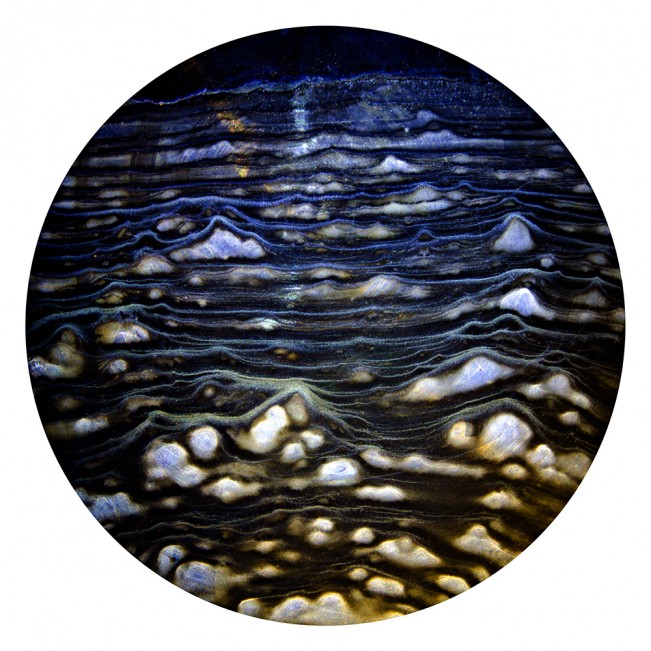 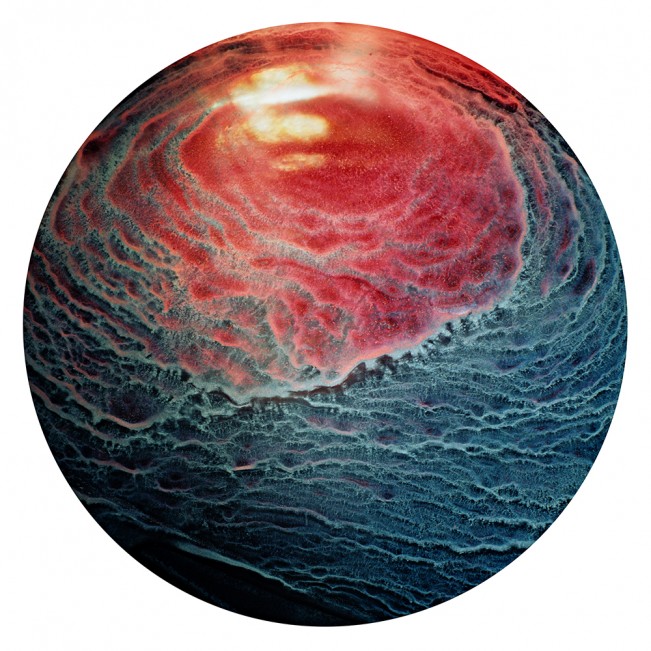 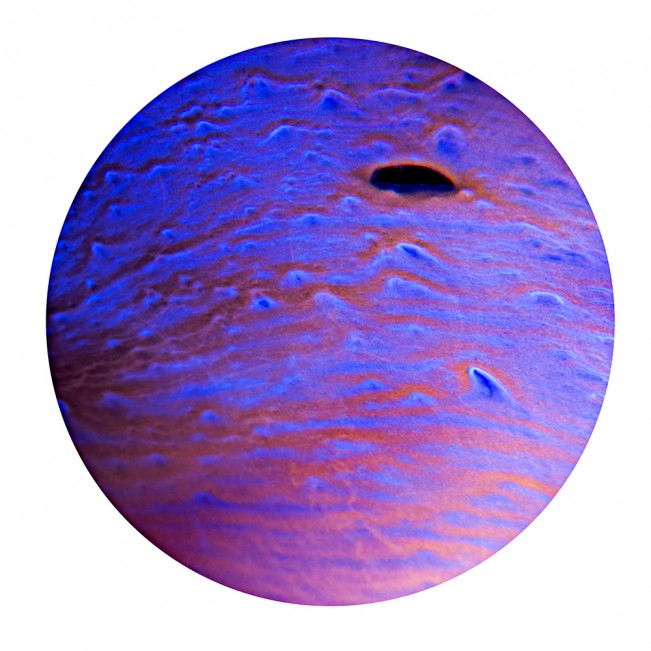 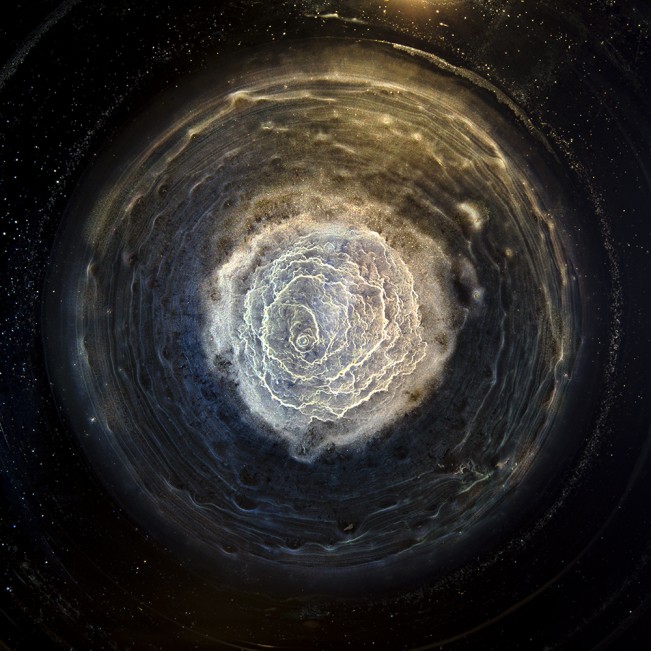 NEXT | Regarding Landscape: Frank Armstrong and Stephen DiRado >
< Arlene Gottfried: Sometimes Overwhelming: New York in the 70’s and 80’s | PREV