Richard Orton: The Upshaws of County Line: An American Family by Aline SmithsonDecember 30, 2014 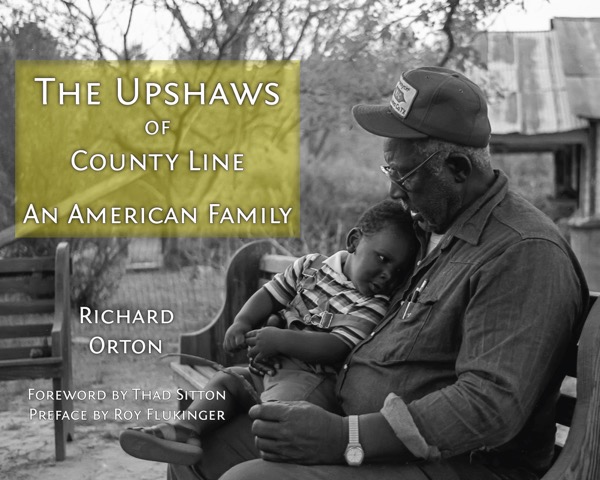 Richard Orton has a significant new book, The Upshaws of County Line, An American Family, published by Univeristy of North Texas Press with a wonderful preface by Roy Flukinger and essay by Thad Sitton. In the late 1980s Richard discovered a community founded by Guss, Felix, and Jim Upshaw in northwest Nacogdoches County, in deep East Texas. The community started in  in the 1870s as a safe place to raise children and create a livelihood during Reconstruction and Jim Crow Texas. When Richard visited County Line, Texas for the first time, he became aware of a world he did not know existed as a white man.  For the next twenty five years, Richard returned to County Line to make work.

The book contains more than 50 duotone photographs and text convey the contemporary experience of growing up in a “freedom colony.”  Richard  juxtaposes his images with text from people who grew up in and have remained connected to their birthplace. On February 11th Richard will be at the Brazos Bookstore in Houston located at 2421 Bissonnet St., Houston, TX 77005 from 7 to 9 p.m to sign books. 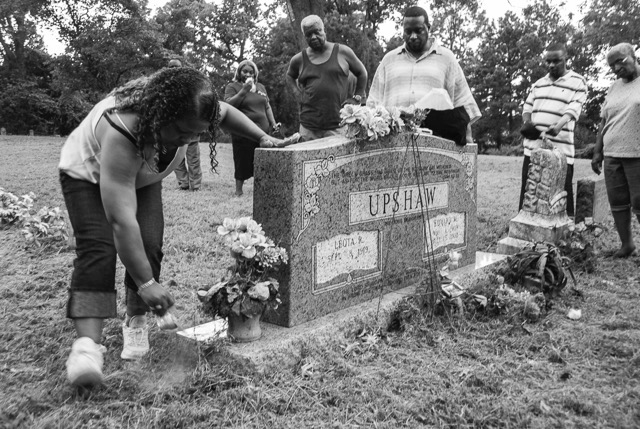 Richard was born in Nacogdoches, Texas, raised in Midland, Texas and went to college at the University of North Texas in Denton and the University of Texas at Austin, finishing with a Masters of Music in Musicology. After two years in the United States Peace Corps in Liberia, West Africa he settled in Austin, Texas for thirty-six years where he worked with a variety of not for profit organizations in the arts and social services before going to work as a photographer for the Texas House of Representatives. He moved back to Nacogdoches in 2007.

Richard became interested in photography in the early 1980’s after being entranced by the first image of his that he saw materializing in a development tray. Shortly thereafter he spent three years documenting daily life in three elementary schools in Austin in the mid 80’s, a project which convinced him that all adults should return to elementary school every so often to renew their appreciation for the educational process.

In the late 1980’s Richard began the project leading to this book when he visited the old African American community of County Line for the first time. There he became aware of a world he did not know existed, and it captured his imagination. He went down the rabbit hole, so to speak, and met some remarkable people there who changed his life. 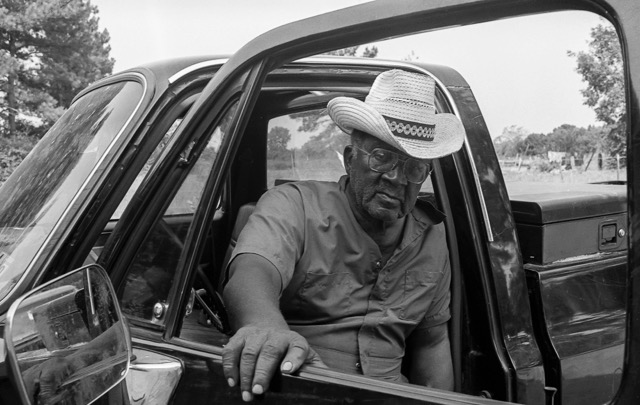 I went to County Line for the first time the day after Thanksgiving in 1988. I had just discovered that former slaves founded their own communities in East Texas shortly after the Emancipation and that County Line was such a place. I had no idea that former slaves could own their own land ten or so years after being freed. I was curious… and amazed! How could African Americans a decade or so out of slavery acquire hundreds of acres of land and start their own autonomous communities?! No history book I had read prepared me for this reality. I was curious about what effect relative independence from white authority had had on the generations born and raised in County Line.

When I parked my truck under the big red oak in front of the home of Monel and Leota Upshaw I had no idea what to expect from them. Why would they want to have anything to do with me? As I got out I saw a large man I took to be Monel standing in a hog pen thirty or forty yards away. I walked over, introduced myself, told him that I wanted learn about the community and make photographs… and… would that be alright with him? 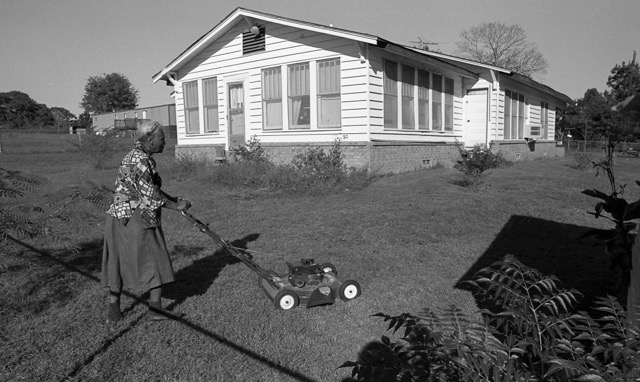 That was all there was to it. From that moment forward he and his wife, Leota Freeman Upshaw, made me welcome in their home. As I write this, twenty-four years later, I am still amazed at their openness and generosity. But, as their children have told me repeatedly, that’s how “Butch” and “Otie” were.

On the other hand, some of their children needed a little more convincing. That took awhile longer, but it happened.

My interest in County Line grew out of curiosity about the existence of a relatively independent community of African Americans in East Texas so soon after slavery and the effect of that autonomy on succeeding generations. Though I had been born in Nacogdoches, I knew nothing about the mostly independent black communities spread throughout East Texas established at about the same time as County Line. 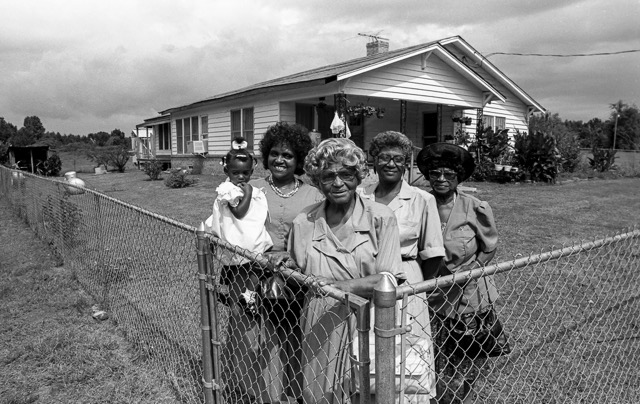 For the first two or three years I was self-conscious during my visits to County Line. I was almost always the only white person there. It was a little like my two years in the United States Peace Corps in Liberia, West Africa where I had the experience of being a cultural minority. County Line, too, had a different frame of reference, one defined by rural, African American sensibilities and values with minimal attention to white culture. It took a while for me to “acculturate” within these surroundings.

The high point of my experience in County Line in the first few years occurred on Homecoming Sunday in 1992 in the County Line Baptist Church. It was there that Leota Upshaw claimed me as her foster son… as they say, “in front of God and everybody.” I went from being an only child to having thirteen brothers and sisters in the time it took to say “amen.” (Though, at the time, the enthusiasm of the thirteen for this development was less than certain.) 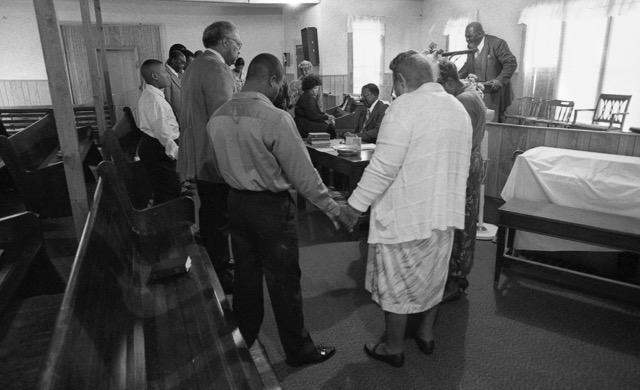 However surprising this was to all of us then, I have been made to feel very much a part of the family in the ensuing years. The Upshaws have changed my life. I am a more complete person because of them.

The open question is this: What will happen to County Line when the generation of Monel and Leota’s children and their first cousins is no longer around?

I hope that this book conveys some sense of the experience of growing up in County Line and of the significance of such communities in our common history. 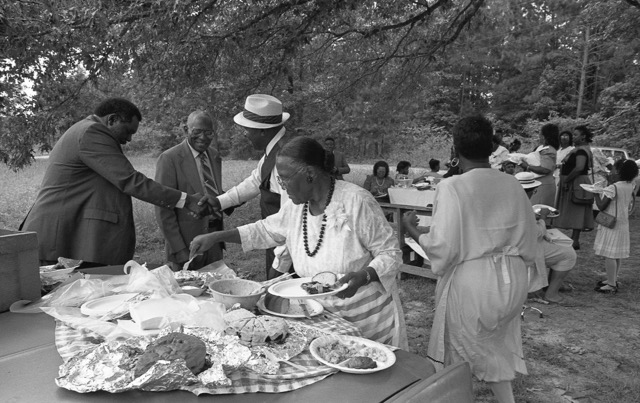 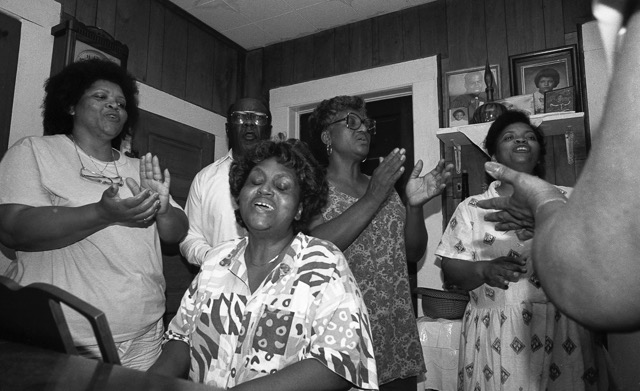 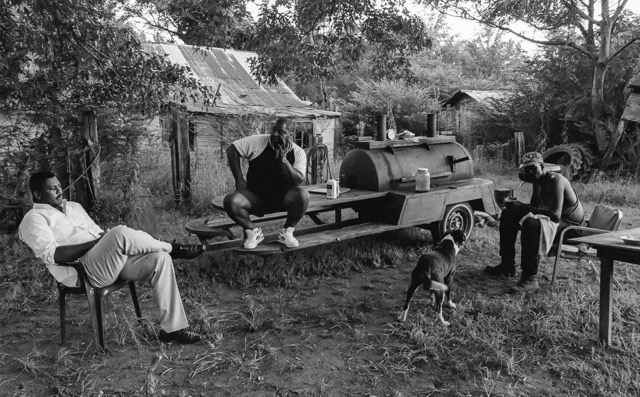 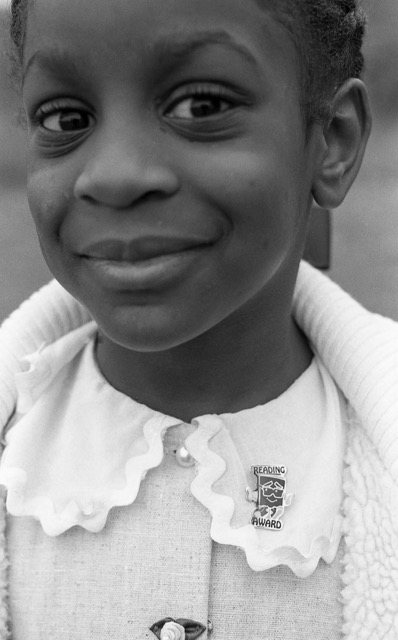 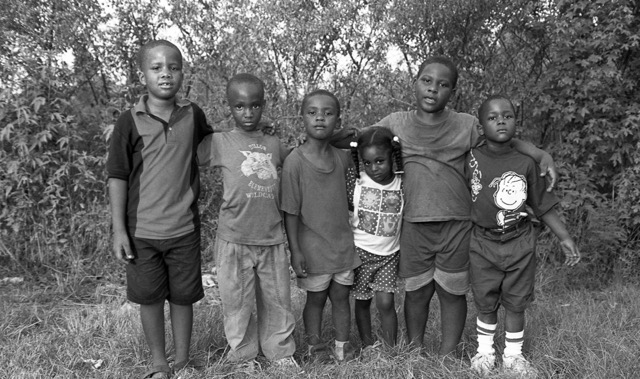 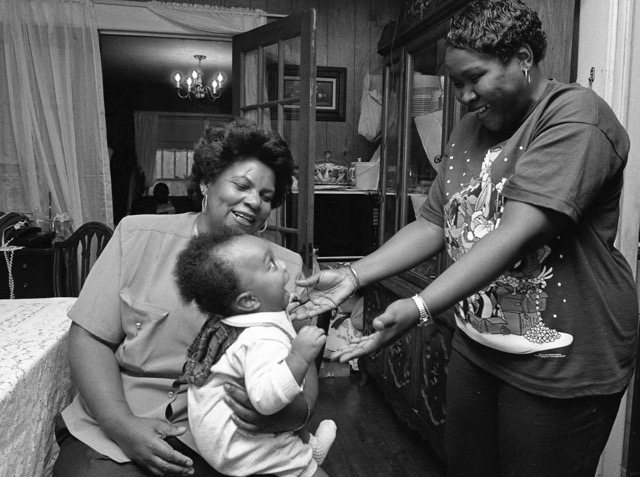 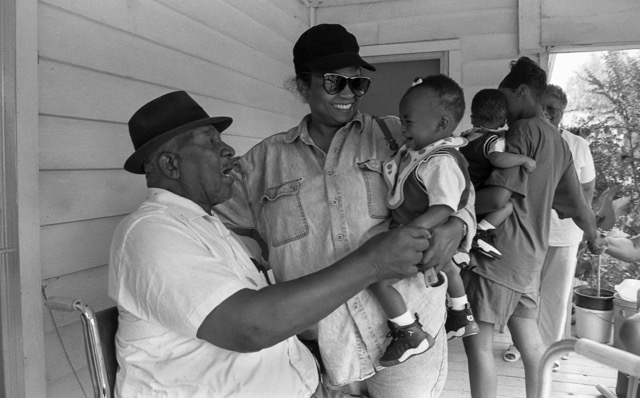 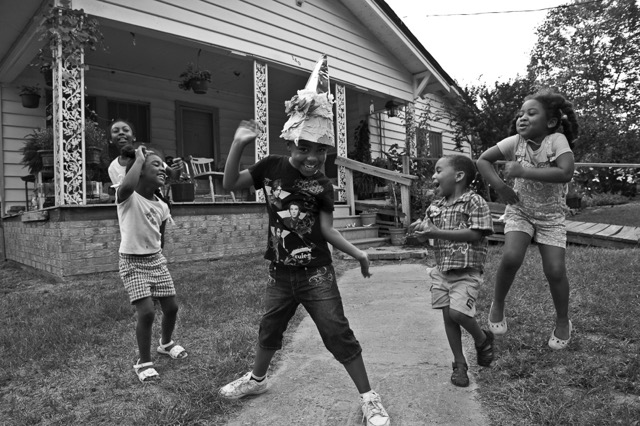 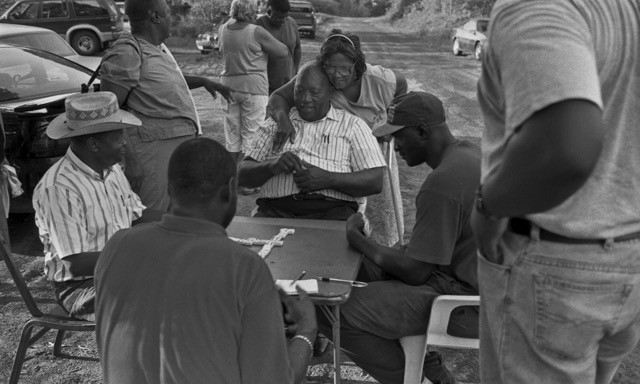 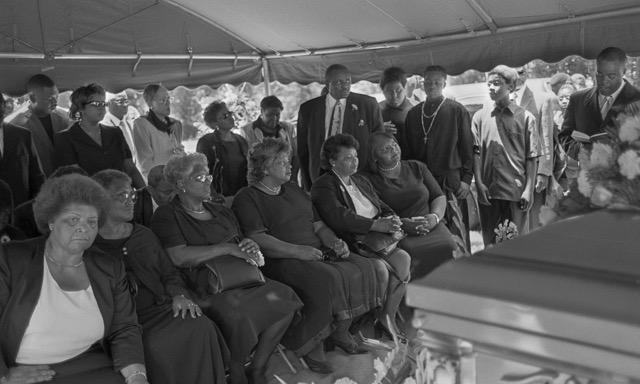