Scott Dalton: Where the River Bends by Aline SmithsonJanuary 19, 2015 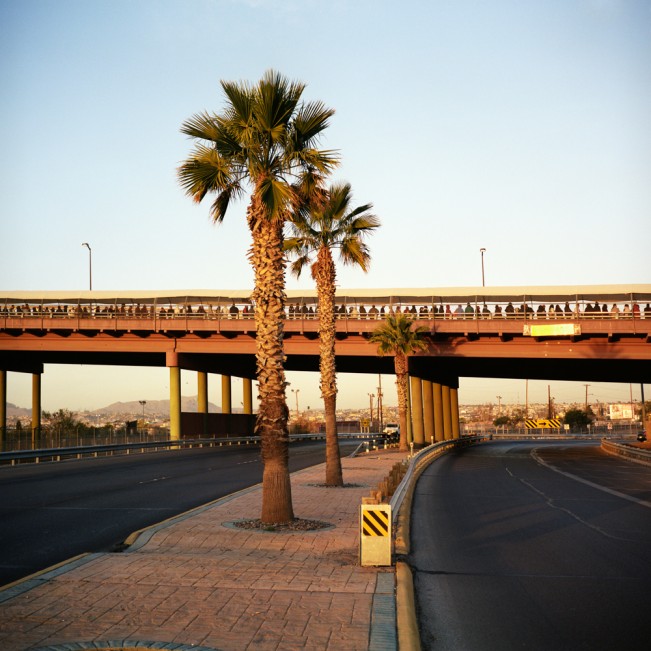 Photographer Scott Dalton brings a visual reality to two cities, co-joined by a bridge, economic and historical connections. Brought to light in the news and in the television show, The Bridge, Juárez and El Paso are not cities of equals–they may share a border, but not a quality of life. His well-seen project, Where the River Bends, explores the realities of life on both sides of the bridge and makes us examine the idea of boundaries and borders. As Scott states, “I am also interested in the idea of the proximity and possibility of the American Dream and what that means to people on both sides of the border”.

Scott is an editorial and corporate photographer living in Houston, Texas. He was based for 14 years throughout Latin America, mainly in Bogotá, Colombia, where he photographed the civil conflict and drug war before returning to his home state of Texas. He now photographs both editorial and corporate assignments while spending his free time working on long-term personal projects. Currently he is working along the troubled border region near Ciudad Juárez, Mexico as well as projects throughout the American South.

His photography has appeared in the New York Times, Bloomberg, The Wall Street Journal, National Geographic, Harper’s, Time, Newsweek, the Washington Post Magazine, Condé Nast Portfolio, Business Week, and The New Yorker, among other outlets. His documentary film, LA SIERRA, won numerous awards and has been broadcast by PBS, BBC, HBO Latino, and many other international broadcasters. 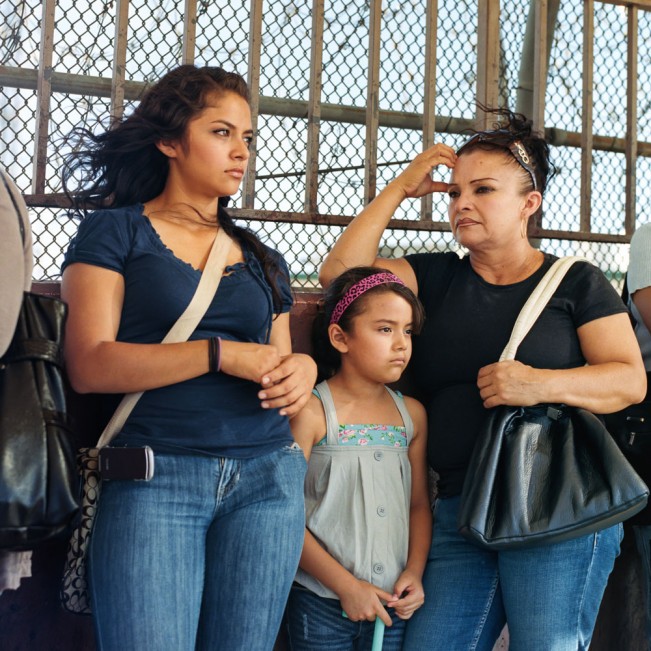 Where the River Bends is a photographic project that explores life along both sides of the U.S.–Mexico border where it divides Ciudad Juárez, Mexico, and El Paso, Texas. Ciudad Juárez is ranked among the most dangerous cities in the world with over 8,000 drug cartel related murders in the last few years; El Paso is one of the safest cities in the United States. Sister cities and alter egos, they are historically connected yet physically and politically divided, their distinct cultures drawn together by geography, tradition, and history, even as violence and politics drive them apart.

This project goes beyond the typical headlines and coverage by showing both sides of the border within a sequence that shifts perspective and location to evoke the fractures and bonds of border life. My goal is that the work will serve as a cross-border dialogue that poses questions about the nature of boundaries and division between cultures. 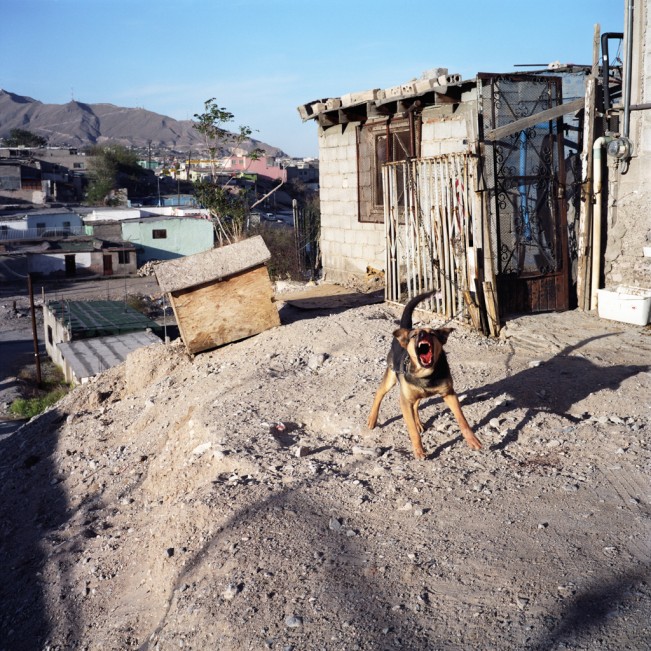 With this project I am trying to engage with the border as a metaphorical launching point to address a variety of themes. Borders are divisive by intent, emphasizing differences between ethnicities, cultures, economies and nations. The subject is rife with political and social implications for poverty, the drug-war and—perhaps most notably today— immigration. But beyond these ideas I am trying to address what the border represents to the people who actually live there. This is a multifaceted realm that tends to include contradictory perspectives. For example, the border can be a land of opportunity for poor Mexican workers looking for jobs in foreign owned factories in Ciudad Juárez, or viewed as a lawless danger zone to be feared and fenced off by others. I am also interested in the idea of the proximity and possibility of the American Dream and what that means to people on both sides of the border. 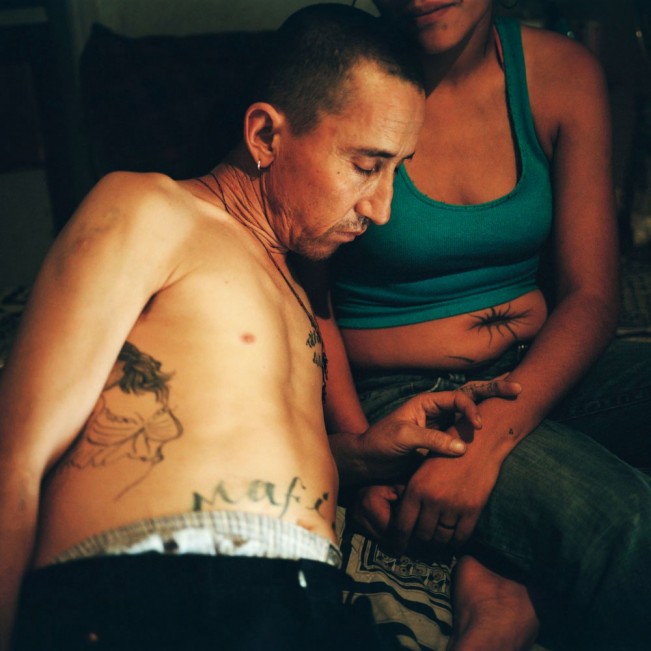 This project is unique in that it doesn’t only focus on the differences it also looks at what we have in common, to show how neighboring cities and nations co-exist, despite sometimes complicated and troubled relationships.

I began photographing along the border in 2010 and have made multiple trips each year since then to build on the project. The photographs are made with medium format color film and printed, 15×15”, 20×20” and 30×30” on archival inkjet paper. 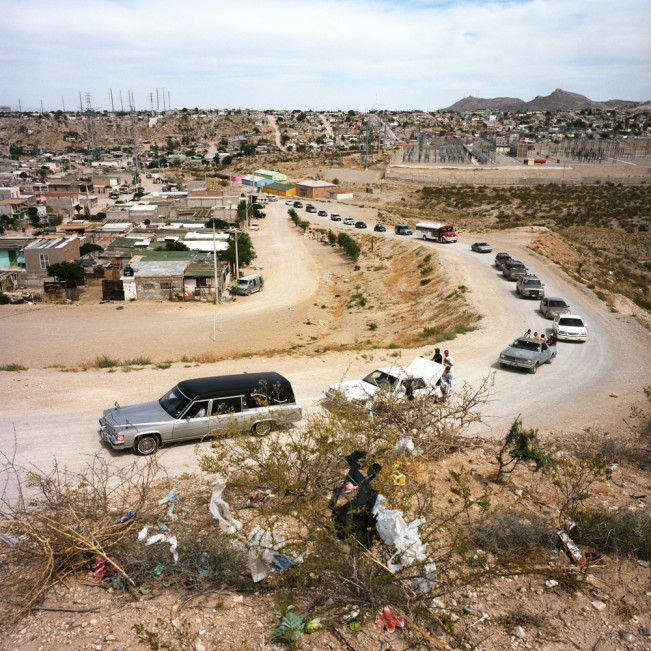 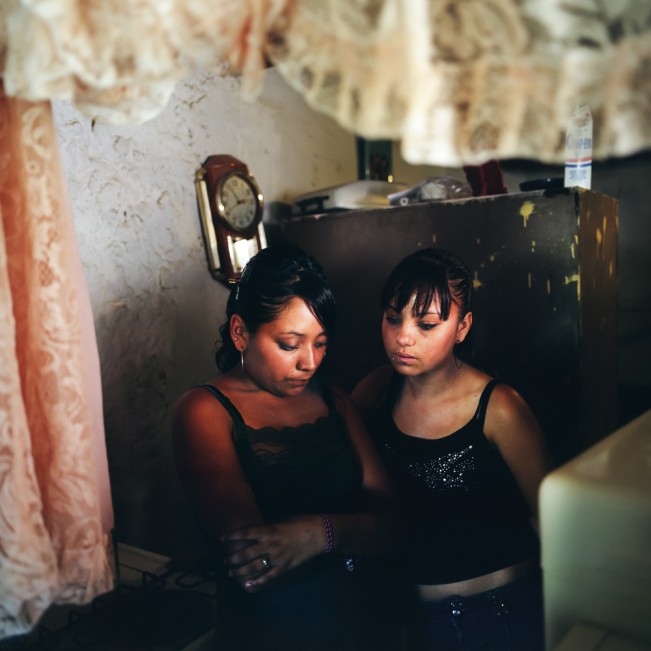 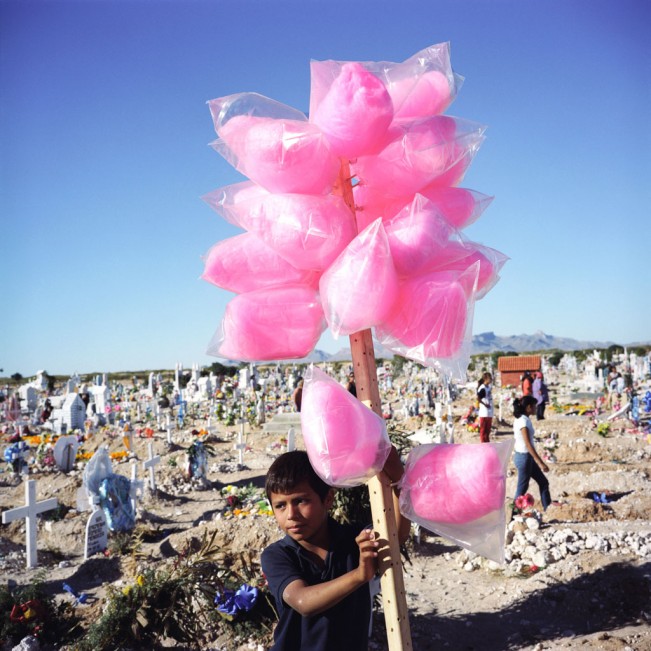 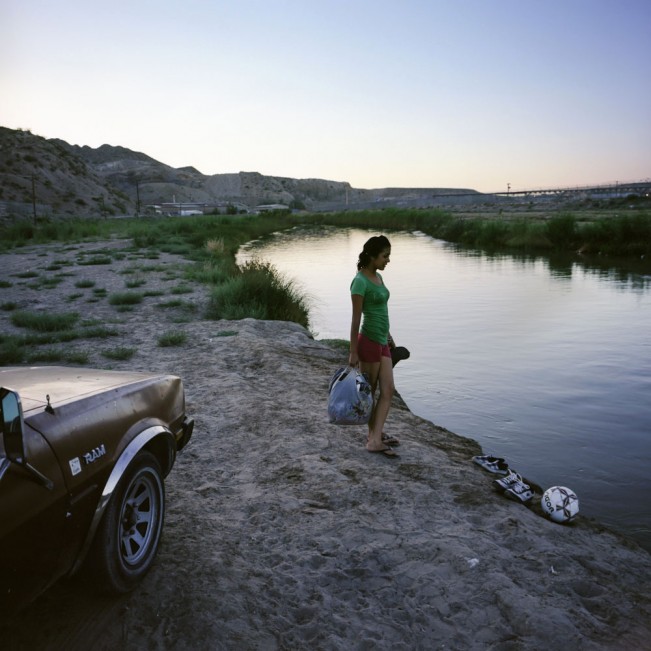 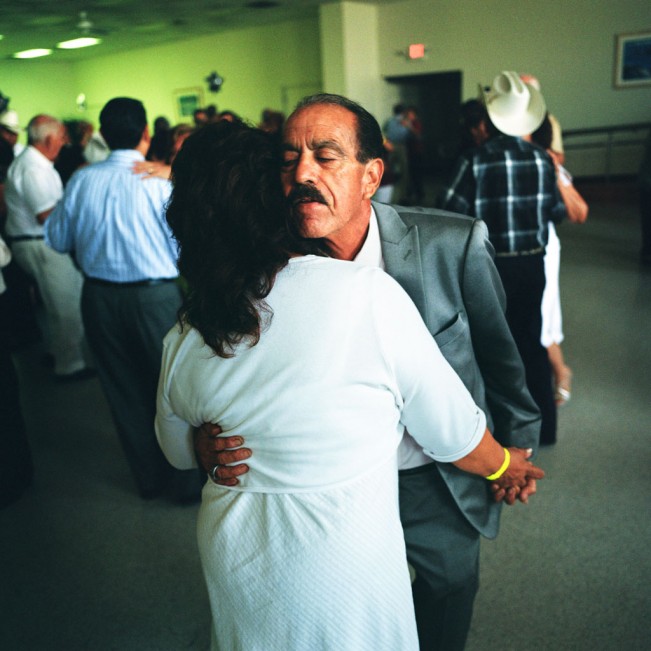 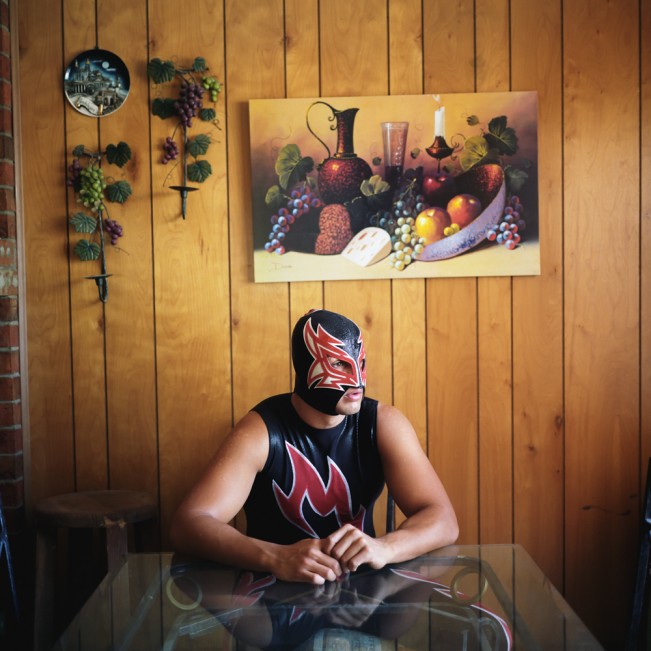 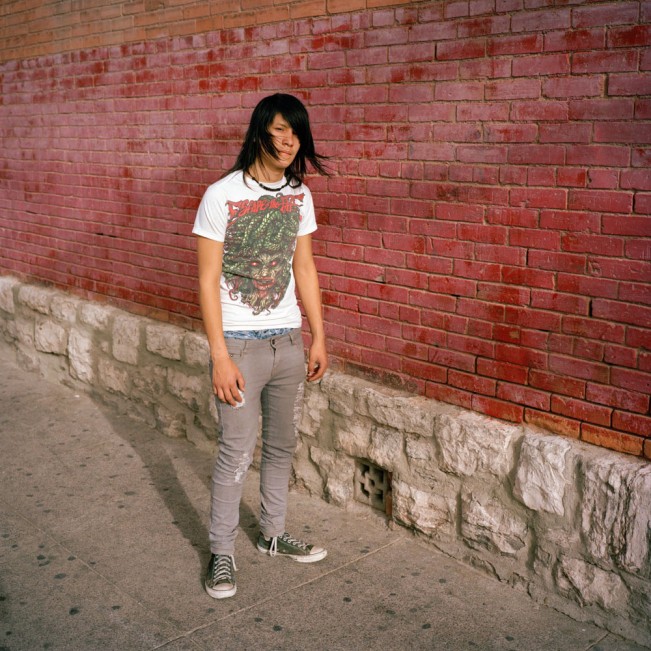 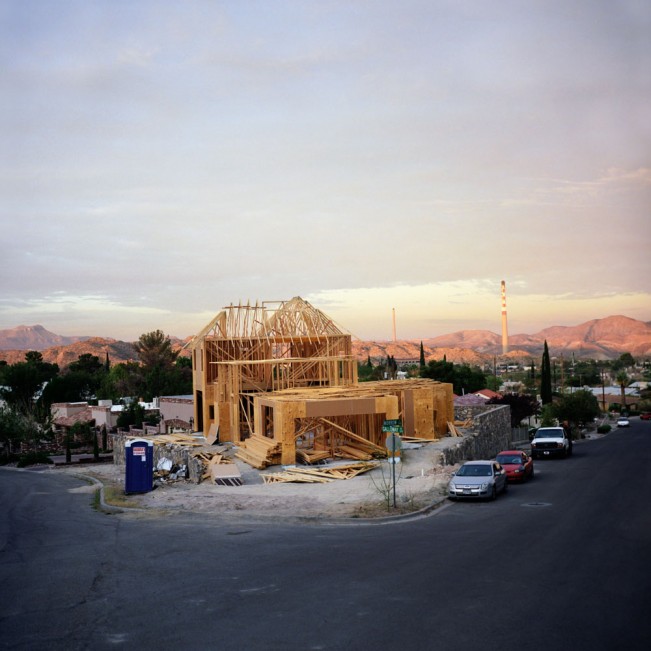 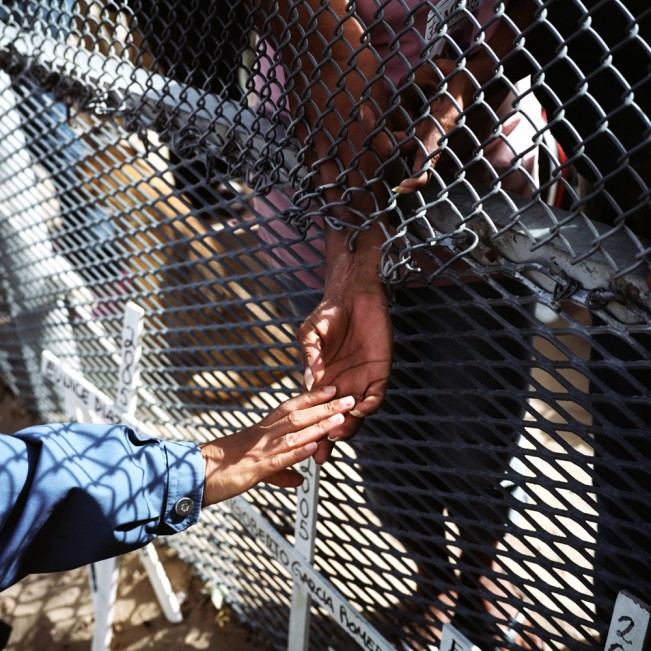