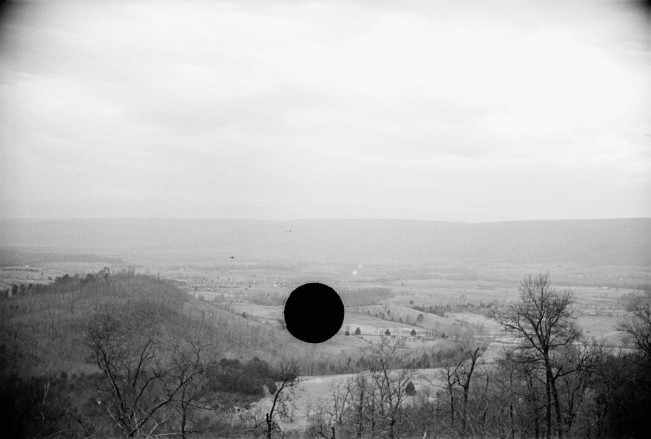 I first got to know Bill McDowell in 2013 when he invited me to visit the University of Vermont (where he teaches) to install an exhibition of my work and give a public lecture. I began hearing about Bill as soon as I told people I was moving to Vermont; numerous photographers from all over the country recommended that I reach out and get to know him. Bill is an incredibly generous artist and person and upon my visit to UVM, he showed me his project Ground that features photographs from the FSA, which have been scarred by a hole puncher to prevent them from being printed. These haunting images have stayed with me, and I cannot wait for the release of his upcoming monograph of this work!

Bill McDowell is the 2013 recipient of the Peter S. Reed Foundation Grant and has received the Aaron Siskind Individual Photographer’s Fellowship, the New York Foundation on the Arts Photography Fellowship, as well as many other artist grants. He is a professor in the Department of Art & Art History at the University of Vermont.

His selected solo exhibitions include Jan Kesner Gallery, in Los Angeles, Houston Center of Photography, Robert B. Menschel Gallery at Light Work, The University of Notre Dame, Kenyon College, and St. Lawrence University. His group shows include the Santa Barbara Museum of Art, Dallas Museum of Art, Blue Sky Gallery, Society for Contemporary Photography, in Kansas City, and the Triennial of Photography at the Deichtorhallen Museum, Hamburg.

McDowell’s book, Ground, will be published by Daylight Books in 2016. His project, Banner of Light: The Lily Dale Photographs, was published by Light Work in Contact Sheet 96, and his photographs have appeared in Art in America, Art Issues, The New Yorker, Russian Esquire, Guernica, Spot, and Exposure.

The hole is a mark.

The photographs in Ground are taken from an archive of 145,000 images made from 1935-1943 for the Farm Security Administration (FSA), a New Deal agency located within the Department of Agriculture. According to the Library of Congress, where the collection now resides, the FSA “project initially documented cash loans made to individual farmers by the Resettlement Administration and the construction of planned suburban communities. The second stage focused on the lives of sharecroppers in the South and migratory agricultural workers in the midwestern and western states. As the scope of the project expanded, the photographers turned to recording both rural and urban conditions throughout the United States as well as mobilization efforts for World War II.”

The FSA photography division was run autocratically by Roy Stryker, who hired photographers, compiled shooting scripts, and made photographs available for newspapers, magazines, brochures, books, and governmental publications. He also routinely damaged FSA negatives with a hole punch to prevent them from being printed. Some of the negatives he punched (referred to by the FSA as “killed”) were poor exposures or had been ruined already by faulty development in the government labs, while others had no technical flaws.

It is likely that Roy Stryker’s use of a hole punch was strictly utilitarian and that his only goal was to destroy undesirable negatives. But in his act of censorship Stryker wrested the photograph from its maker and unwittingly created a new picture. One that belonged neither to the mission of the photographer or the FSA. And one with great potential for abstraction.

On the photographic negative, the punched hole is nothing but a round-shaped bit of air. Yet when printed it becomes a mark. It occupies and disturbs space. It obstructs, floats, excises, and dominates. In spite of its origin, I see the hole as having a contemporary bearing; it looks like a recent mark made knowingly and current with the practice of intervention, alteration, and appropriation. Each photograph in Ground is the result of 3 separate acts of picture-making: the original photographer’s deliberate compositional and contextual choices, Stryker’s hole punch, and my re-contextualization. Since one can’t assign sole authorship to these photographs, it’s possible to view this project as an interactive body of work influenced both by photographic conventions of the 1930s and today.

With its appearance of contemporaneity the black hole instills in the killed negatives a temporal duality and, like a portal, it connects us to post-Depression America. By narrowing the scope of photographs to that of land and agriculture I’ve tried to construct an elemental relationship with the 1930s through our common reliance on the soil. In our struggle to recover from 2008’s Great Recession, these photographs speak to now even as they confer on past government programs, race and class, damaged and bountiful land, drought, flood, and exodus. Starting over. Repeating the past. 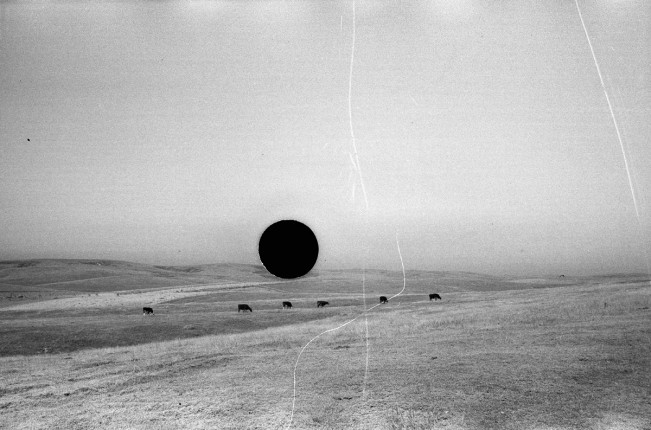 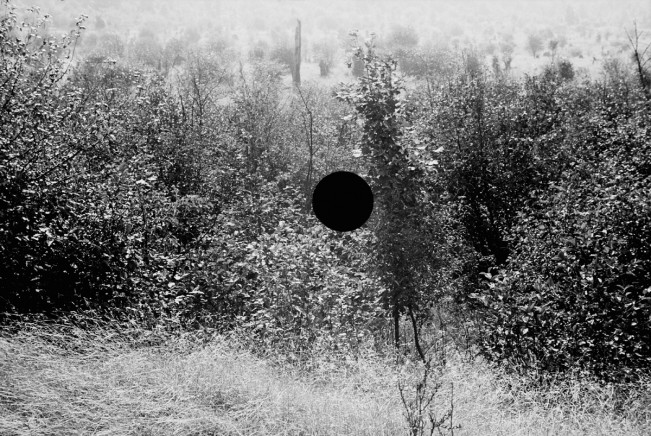 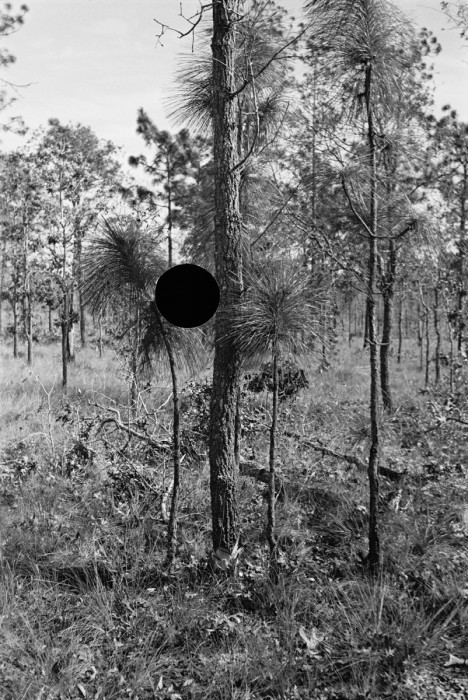 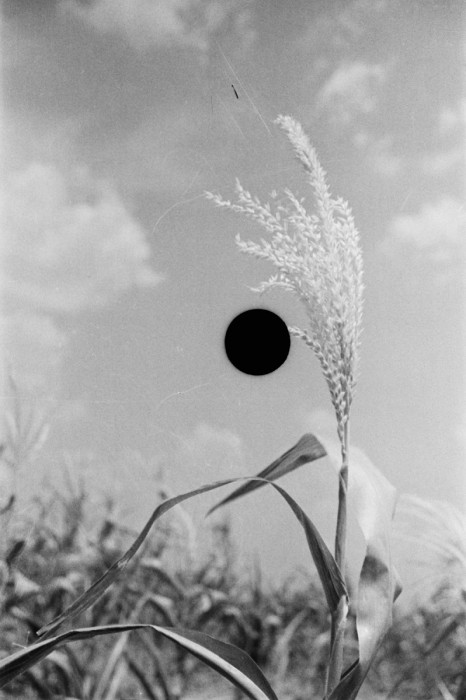 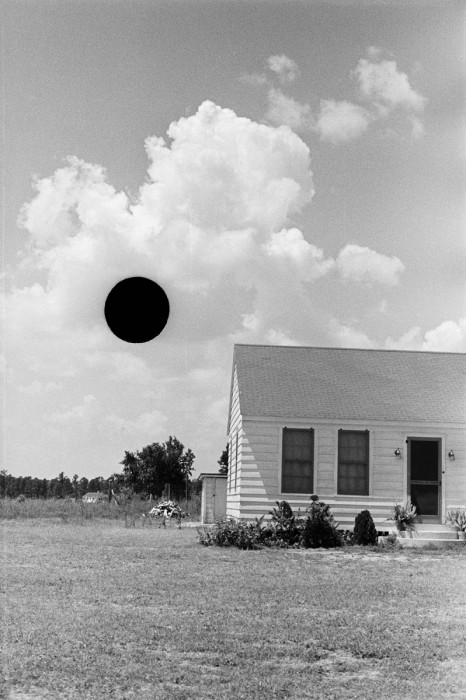 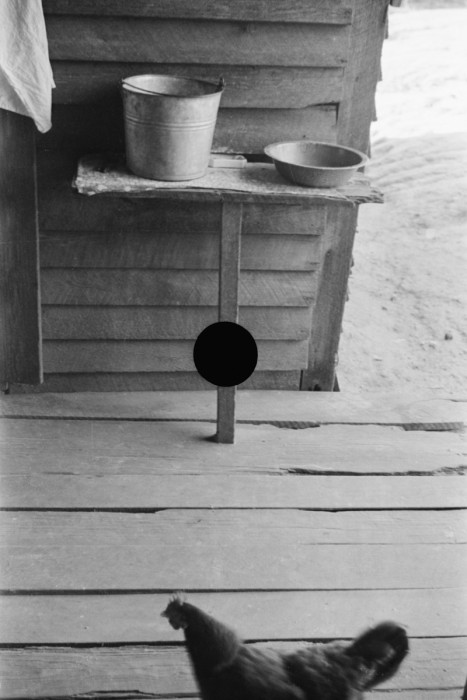 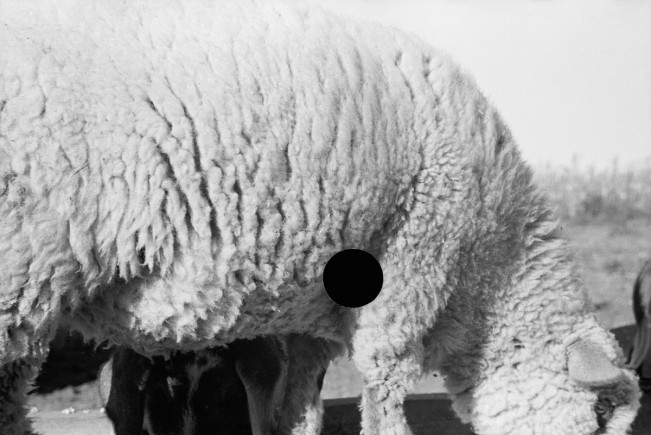 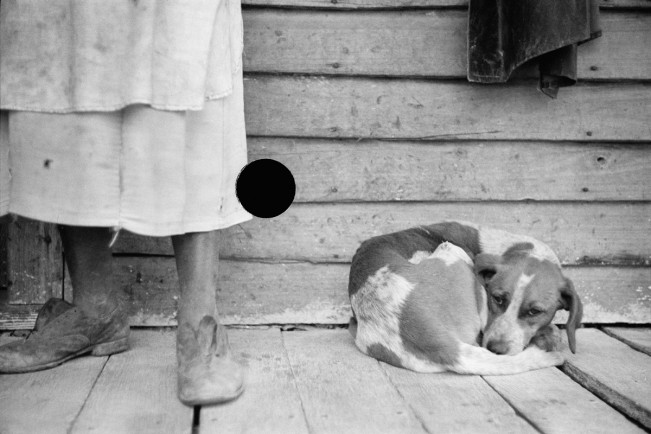 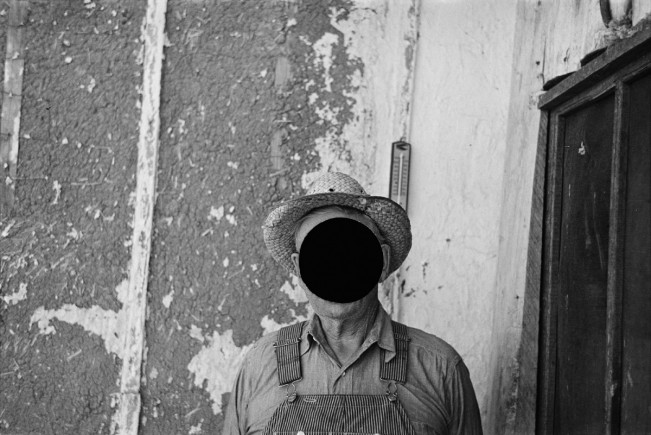 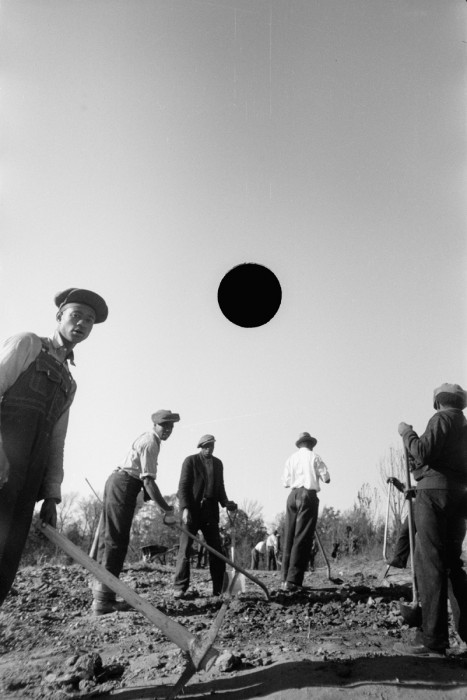 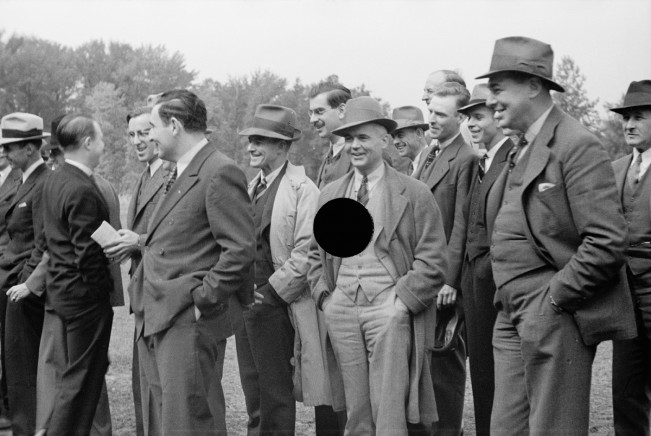 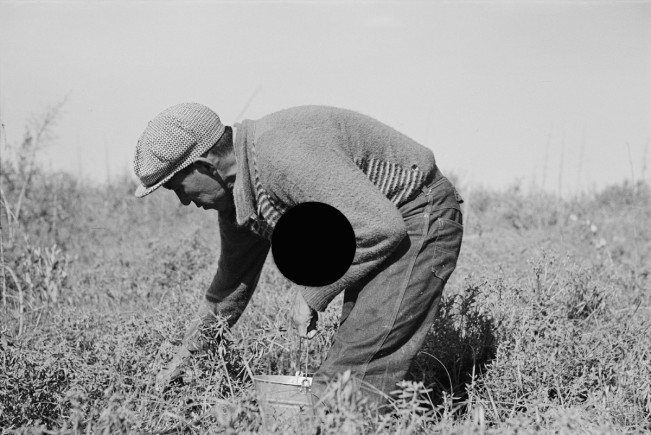 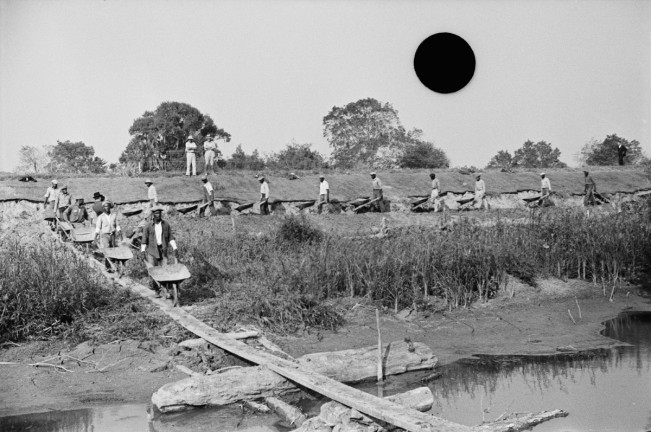 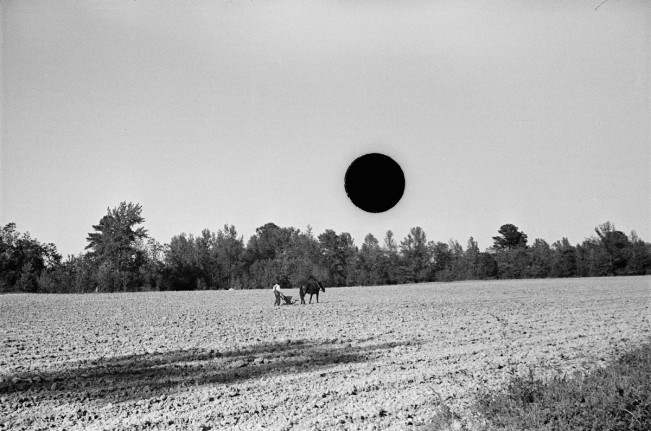