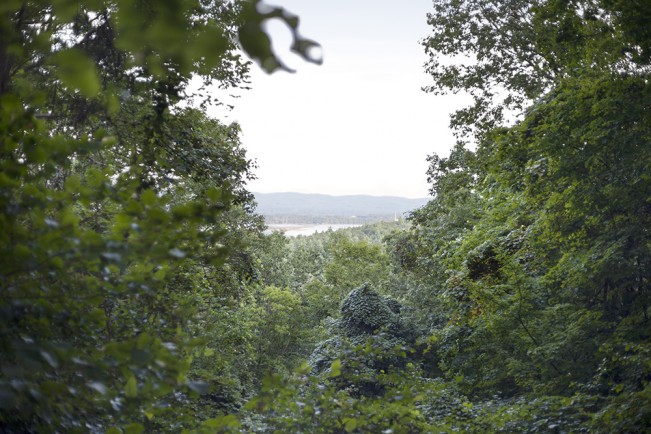 © Jen Morris, View of the Connecticut River from Fort Dummer State Park, 2013, The continued operation of nuclear power plant Vermont Yankee has been an interesting case of State vs. Federal authority. Yet, in August of 2013, plant owners announced their intent to begin decommissioning the plant in late 2014 due to loss of revenue. 600+ jobs will be affected, and the clean-up of the site will take decades and over 500 million USD.

I met Jen Morris when we were both still living in Chicago: Jen was earning her MFA from the Art Institute of Chicago, and I was running around doing the adjunct hustle. I was thrilled when I learned that we had both accepted teaching jobs and would be moving to Vermont at the same time, and I have grown to know her and her work in much greater detail over the past five years. Jen’s work is simultaneously very conceptual/theoretical but also tied to the traditional subject of the natural landscape. During the past three years, she has been working on a collaboration with writer Emily Anderson and the video works and soundscapes that they have been creating are an ongoing source of inspiration to me.

Jen Morris’s project-based studio practice explores ideas of semiotics through traditions of photography, video, and other media imagery. She questions notions of longing, empowerment, and domination in both personal and public spheres, and how these spaces intersect. Among other locations, her work has been exhibited in Boston, MA; Chicago, IL; Helsinki, Finland; Montréal, Canada; Pittsburgh, PA; and Valencia, Spain.

Morris received her BFA with honors from Carnegie Mellon University in 1998, and her MFA in 2006 from the School of the Art Institute of Chicago as a Merit Scholar, Weinstein Memorial Fellowship recipient, and Graduating Fellowship awardee. She is now an Associate Professor of Art at Landmark College in Putney, Vermont, and an Artist Teacher at the Vermont College of Fine Arts in Montpelier, Vermont.

My studio practice takes the form of project-based bodies of work. I use semiotic constructions and visual quotes of canonized art historical moments to remix photographic imagery into new content. Art asks a question that engages a community. Therefore, the community I have in proximity is as important as the one I seek to engage nationally and abroad. The body of work Pastoral was initiated due to an invitation to exhibit at the Vermont Supreme Court. As such, the work was explicitly tailored to a Vermont State Building. The US Census classifies Vermont as a rural state, yet the Vermont Department of Labor lists that agriculture is not close to employing the majority of its citizens. Our farmers must often hold two jobs to make ends meet– facts at odds with the venerated organic-culture and the idealized, pastoral imagery that characterizes Vermont. This body of work thinks through the implications of where Vermont exists today in terms of industry, as well as a gentrification of the landscape. This local project iterates my wider concerns with issues of power, resource distribution, and aesthetics. 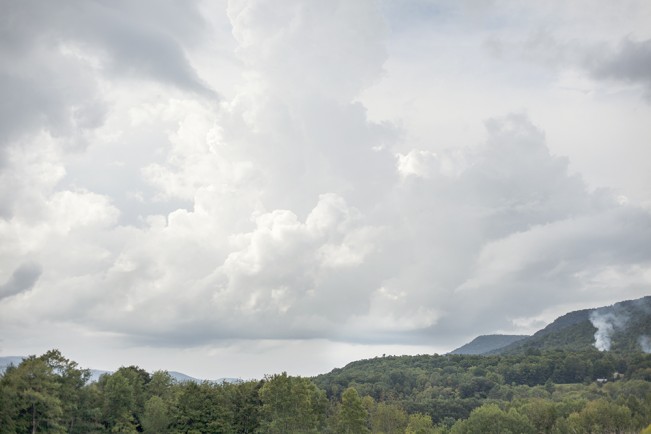 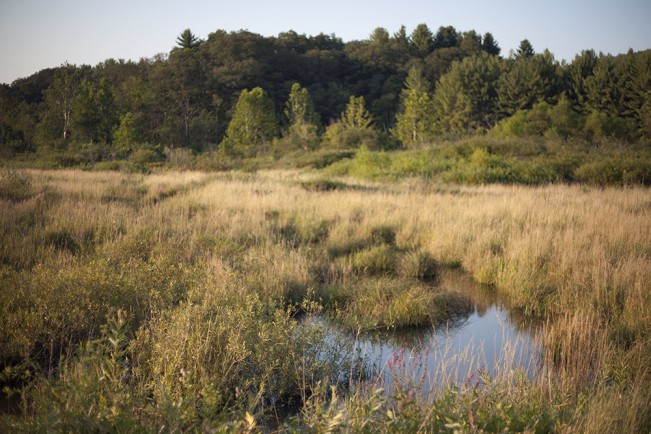 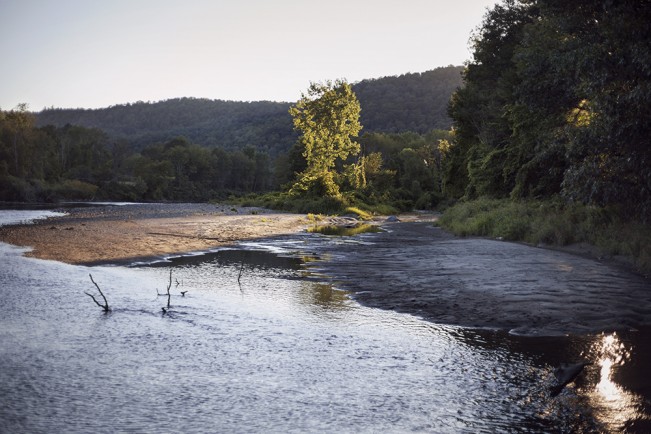 © Jen Morris, Northern Shore of White River Near Bethel, 2013, The White River was inundated with silt saturated with petroleum and other toxic particles during Tropical Storm Irene. 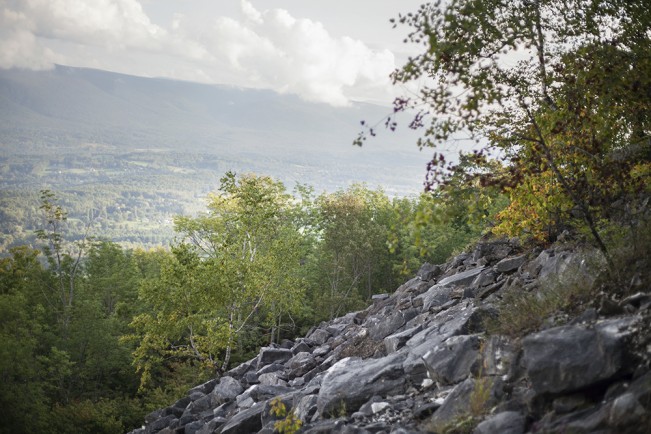 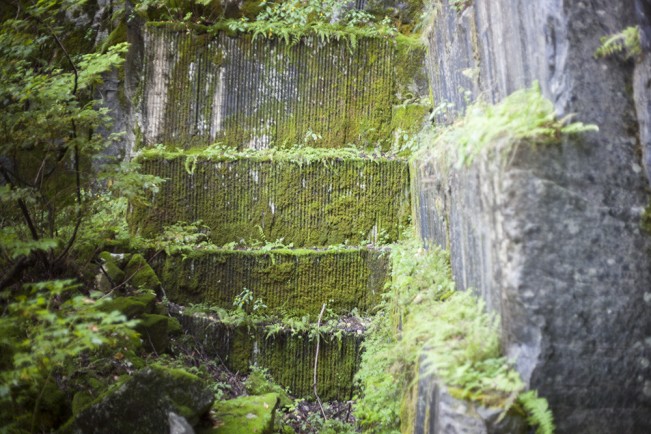 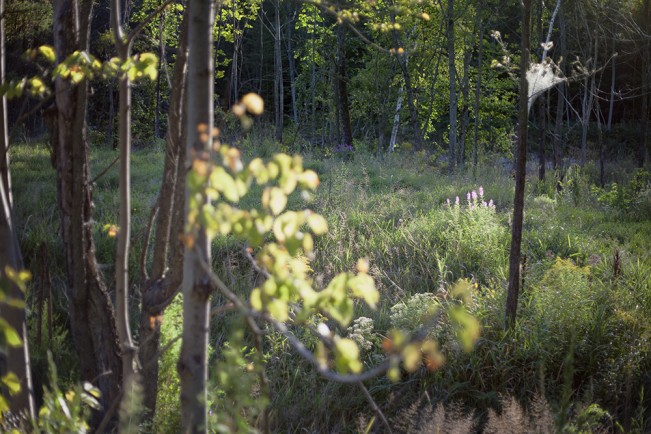 © Jen Morris, Detail, Near the White River, Southwest of Bethel, 2013, Many invasive plants flooded in with Tropical Storm Irene, and were also brought in with the soil that was used to help rebuild damage. 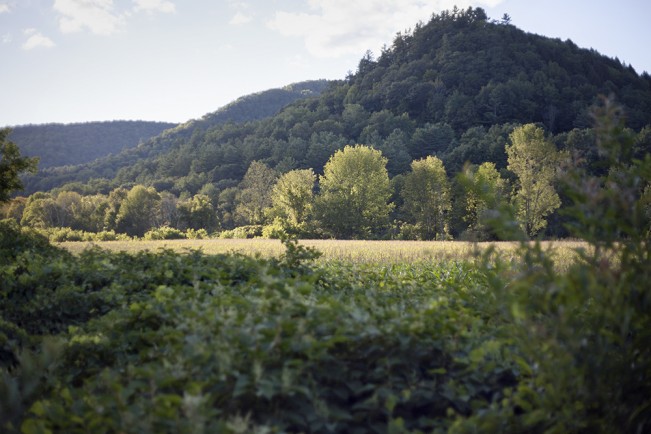 © Jen Morris, South of White River, near Heap Pinnacle and Naught Hill, 2013, One of the most pervasive road-side plant invasives, Japanese Knotweed grows here against crops. 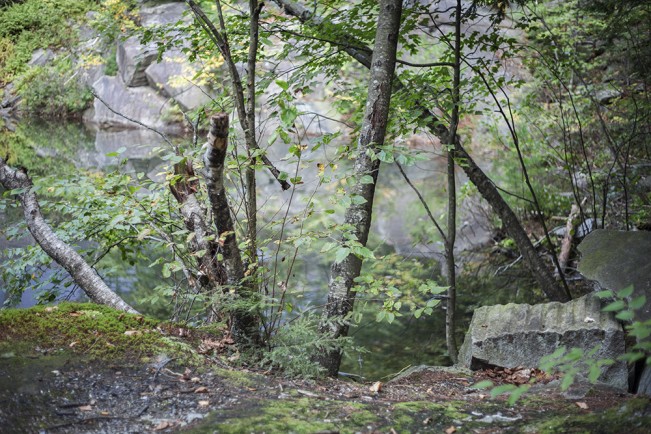 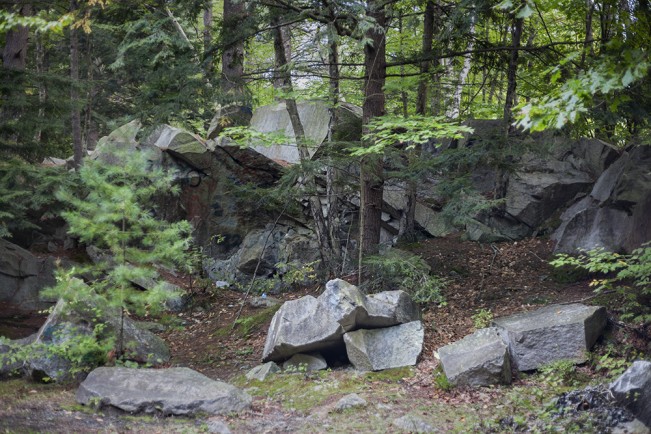 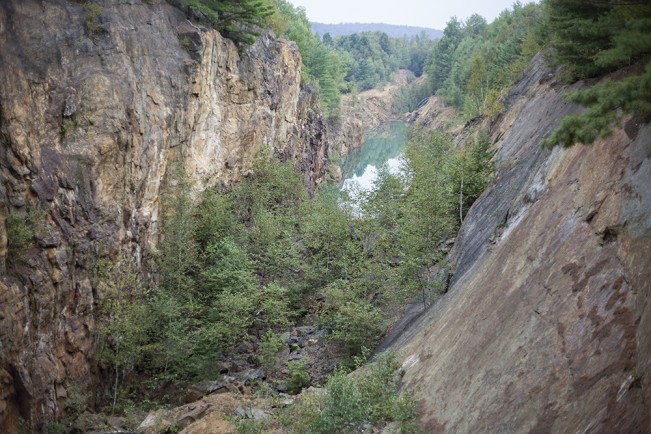 © Jen Morris, South of Copperas Hill, 2013, The Elizabeth Copper Mine was operative between the early 1800s until it closed in 1958. It is now an EPA Superfund Cleanup site. 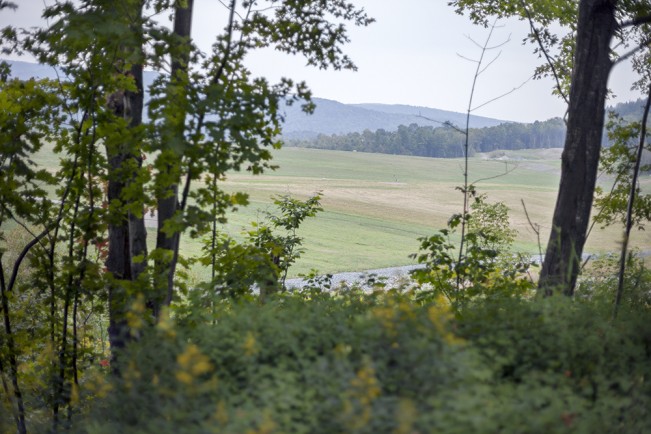 © Jen Morris, Near South Strafford, 2013, Run off from the now inoperative Elizabeth Copper Mine has rendered this field unusable for agriculture. It is being considered for solar panel installation. 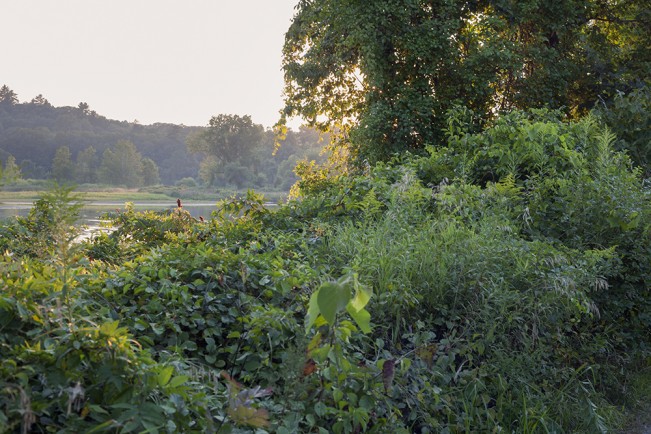 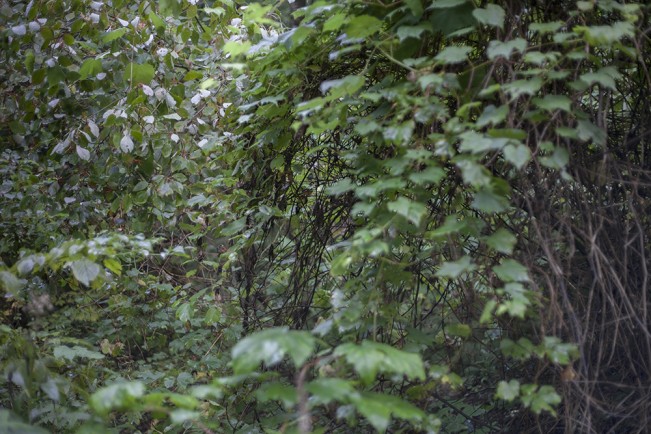 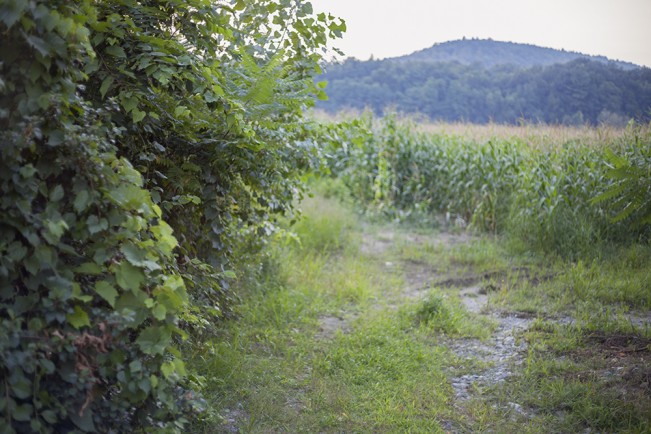