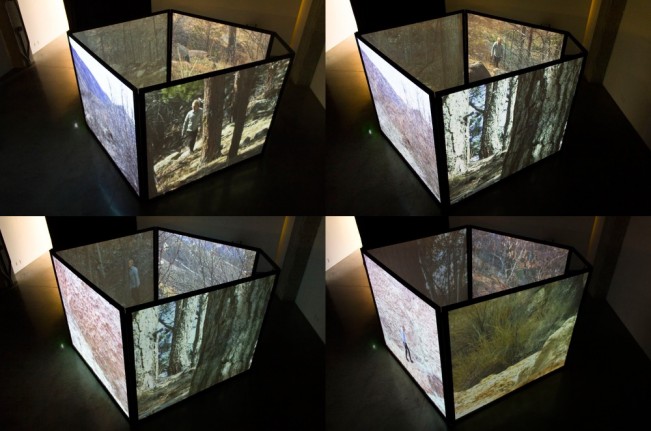 I was introduced to Ben Moren’s work through the 2013 MN Biennial at The Soap Factory in Minneapolis. I recently listened to him speak about his work and loved the adventurous spirit of how he works with time-based media and performance while consciously connecting or disconnecting to the natural world. Ben’s nimble relationship with cameras and technology is thoughtful and experimental – a really wonderful combination. His video piece, Walking Cycle, plays with perception in such a wonderful way while the subject appears to clumsily wander through the wilderness in search of some proverbial thing on the horizon.

Ben Moren is a Minneapolis based media artist working at the intersection of filmmaking, performance, and creative coding. His projects investigate the disappearing separation between the digital and natural worlds. He has created site specific and mixed reality projects for the Northern Spark Festival in Minneapolis, Kultur Park in Berlin, and the Weisman Art Museum in Minneapolis. He has exhibited at the Soap Factory in Minneapolis, the Minneapolis Institute of Arts, the Chicago Artists Coalition, and the Third Beijing Film Academy International New Media Art Triennial. He co-founded and facilitates the WZFR, an experimental rural filmmaking residency in western Wisconsin. He is an Assistant Professor at the Minneapolis College of Art and Design teaching in the Media Arts department and the Web+Multimedia Environments major. 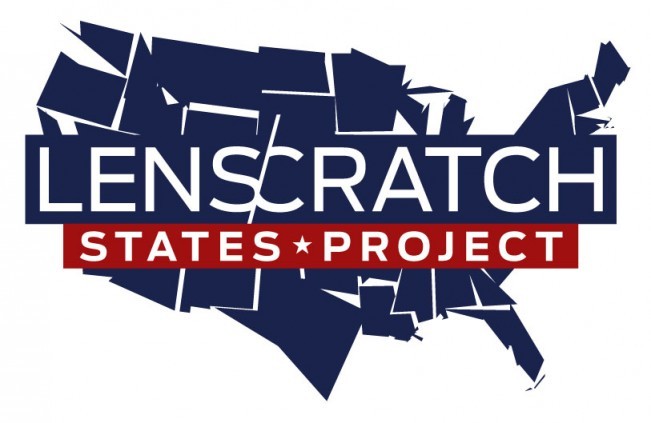 My current work stems from my long standing love of technology and filmmaking. My goals are to find new and interesting ways to combine these loves to yield unexpected results which I can use to stimulate my projects. Following Jean Baudrillard, I refer to the disappearance of separation as hyperreality, and continued research of the hyperreal has lead me to create mixed reality, pervasive gaming, and the new aesthetic projects. I am interested in the human / digital divide and its ever evaporating separation. These worlds are constantly clashing and blending together around me and continue to make their way into my work.

A recent  a large scale video installation, Walking Cycle, and other video projects River Suspension (Analysis) and Carbon Copy, mediate the natural world through performative actions in the context of filmmaking. Within this, I focus on the subtleties of my body’s actions and the transformation of natural spaces. What emerges is an essence of the hyperreal. The works rest at the place where something ceases to be the “before” and the “after”, but become suspended in their point of metamorphosis. The mundane and the extraordinary squeeze together until they assimilate each other, resulting in bizarre situations where loops of information constantly and inevitably resolve back to their beginnings in endless cycles.

Since 2011 I have also been working collaboratively on a series of projects titled Mobile Experiential Cinema (MEC).  MEC functions as a platform to create large scale, site specific, public projection and performance pieces that investigate mobile locative cinema and fictional narratives. By intervening into the complex nature of urban spaces, public / private ownership, the layered and suggested histories of localities, buildings, pathways, and debris, we devise stories that create the experience of being engulfed by a multilayered, invented world that meshes reality into fictional narratives. To do this, we employ mobile projection technologies that propel audiences through a series of consecutive film projections while traversing multiple physical locations. In addition to this, viewer’s experience live performative events and manufactured installations. These elements aim to conflate the distance between the invented story and actual physical space of the ensuing journey. Being present in a moment, the passage of time, the physicality of materials, social relationships to locality, collective memory, and representation of location are explored with each new iteration of the project.

Both of these bodies of work have lead me into the realm of performance. I have no formal training with performing, which has afforded me to generate my own sensibilities around it. I draw largely from my athletic background as a former downhill ski-racer, referencing past training in body awareness and discipline combined with an aptitude for physical endurance. 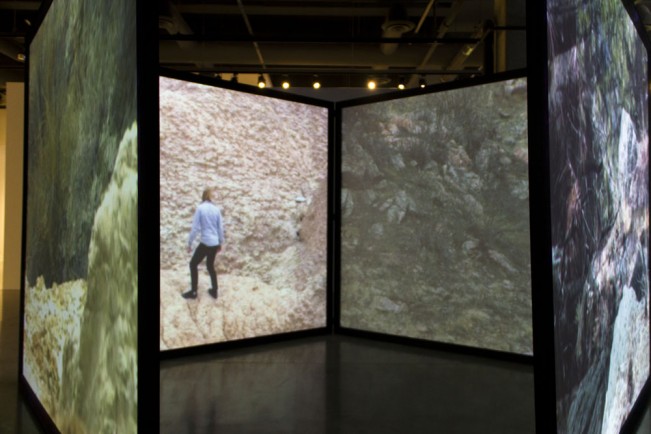 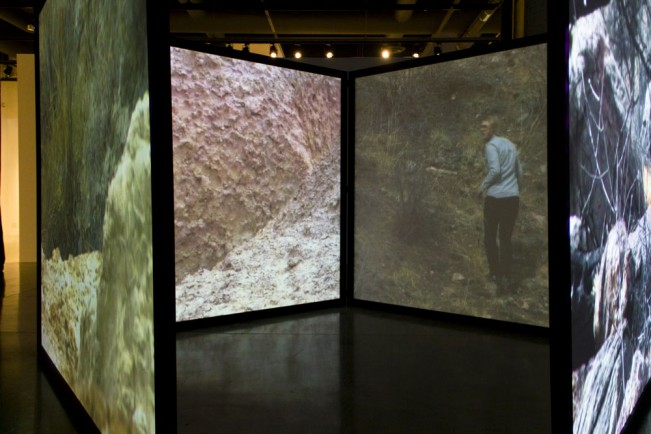 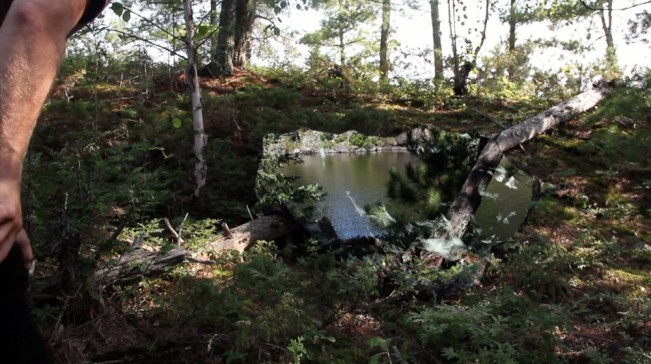 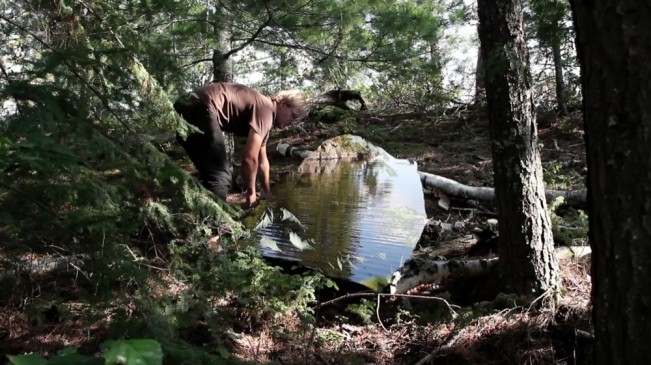 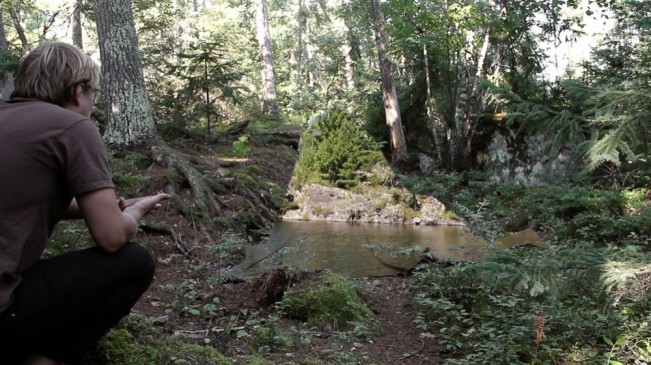 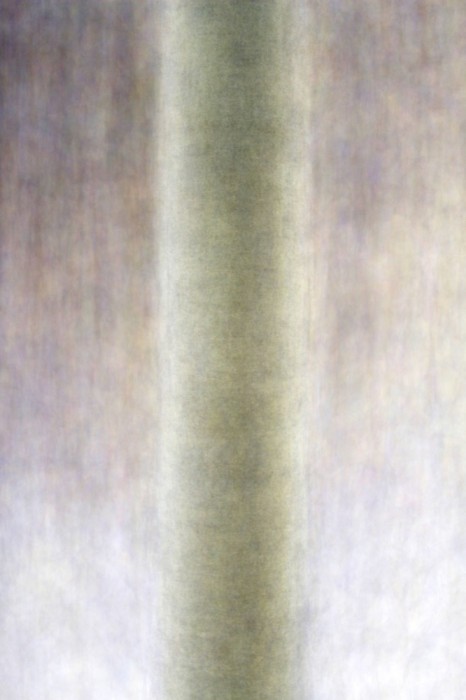 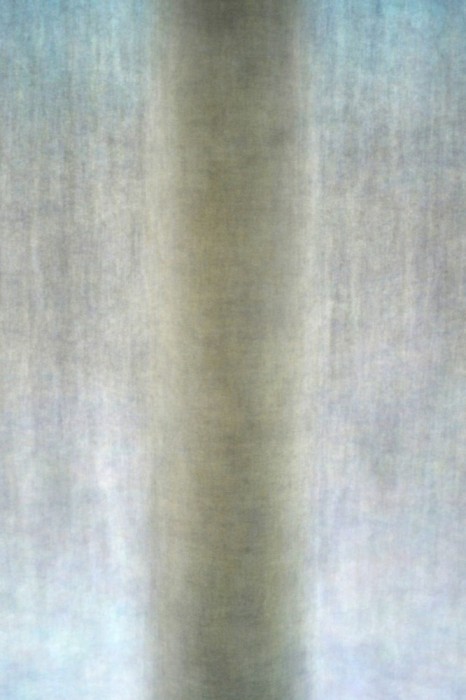 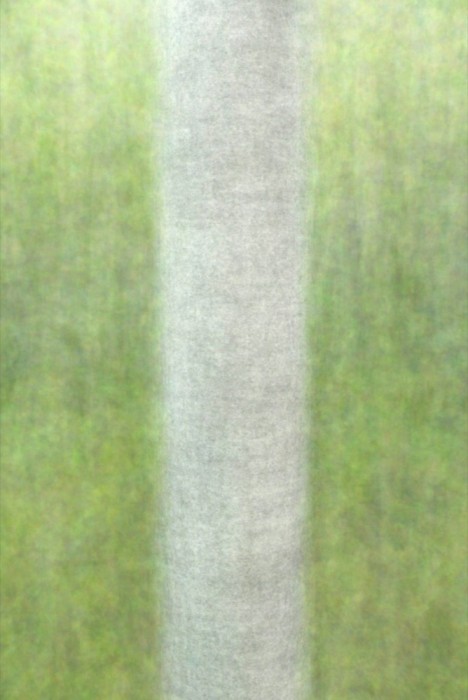 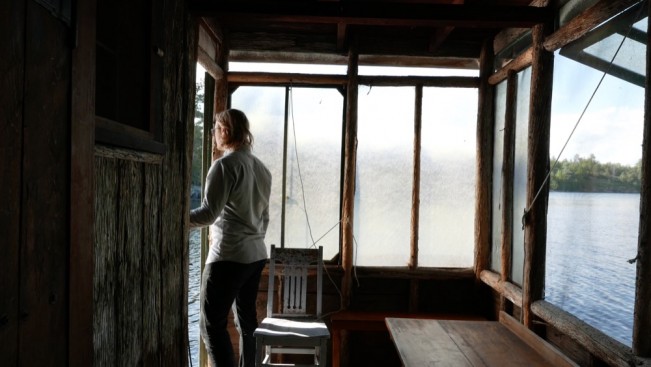 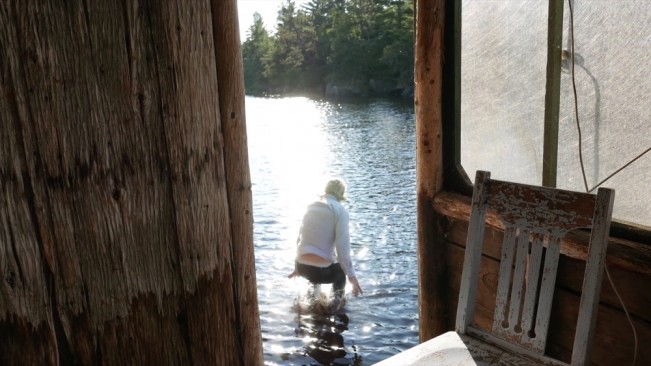 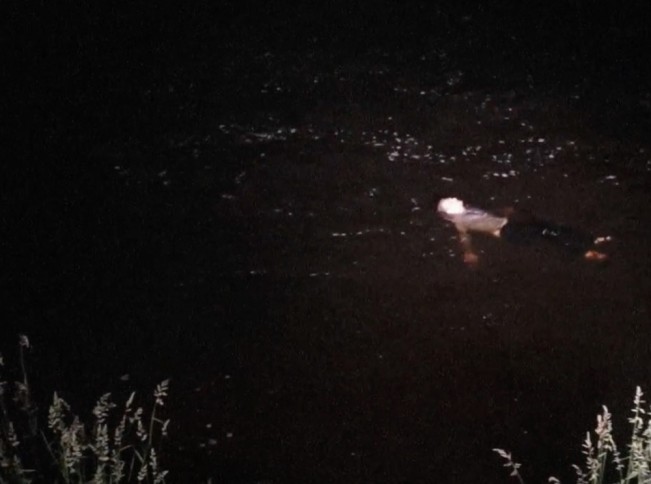