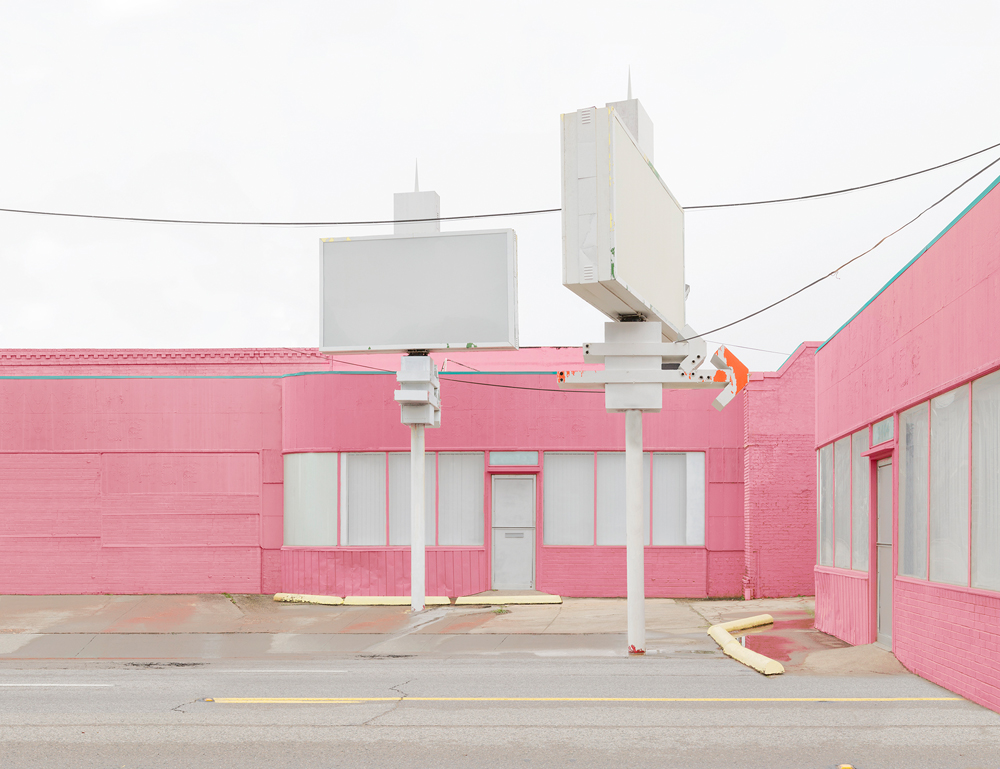 Leigh Merrill makes photographs and composite images of vacant urban spaces with a keen eye for architecture, infrastructure and color. In both projects This Place, and Cinder Blocks and Cherry Blossoms, Merrill calls attention to details not often noticed in the urban environment. Please enjoy This Place.

Leigh Merrill received her BFA from the University of New Mexico and her MFA from Mills College (Oakland, CA). Merrill’s work has been a part of exhibitions throughout the United States in venues such as the Phoenix Art Museum, the diRosa Art Preserve, The Lawndale Art Center, Flashpoint Gallery, Fotofest International, and the Museum of Texas Tech University. Merrill’s work has been included in online and print publications such as the Design Observer/Places Journal, Dwell.com, BLDGBLOG blog, PaperCity Magazine, and the Washington Post. Her work is part of the permanent collections of the Museum of Texas Tech University, the City of Phoenix, the California Institute of Integral Studies, as well as various private collections. Merrill currently lives and works in Dallas, Texas, where she is an Assistant Professor of Art at Texas A&M University-Commerce. 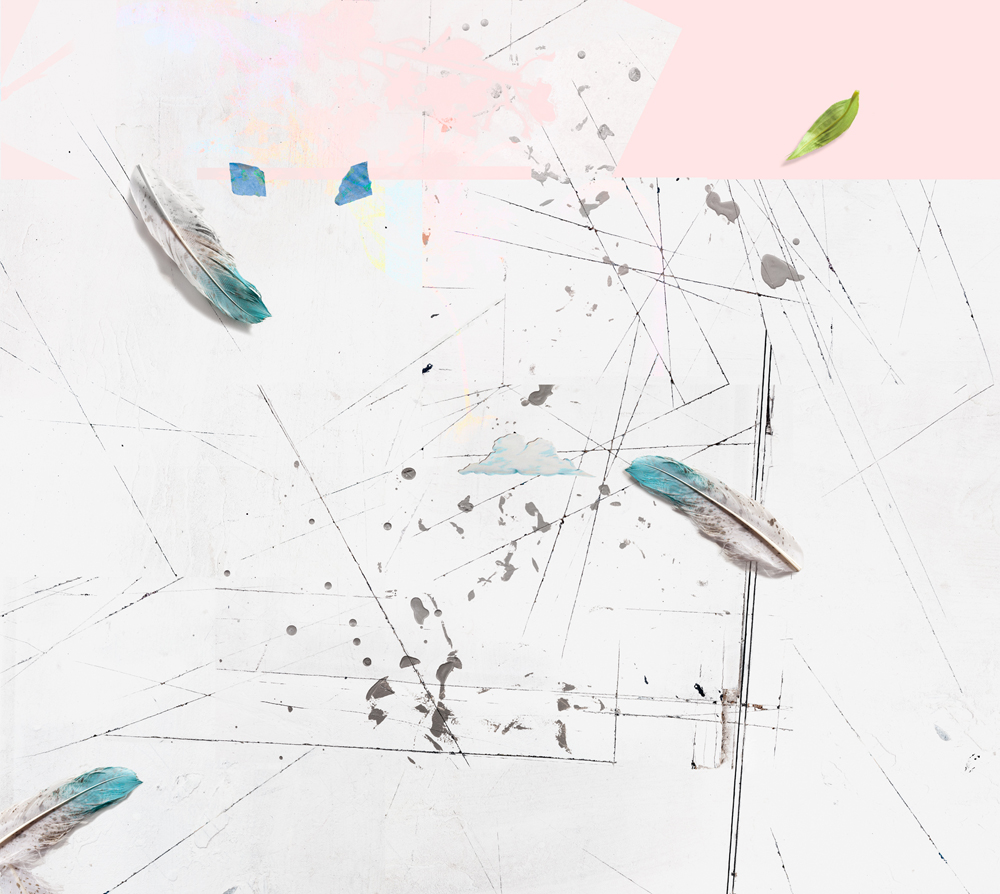 Leigh Merrill’s work examines the construction of desire, fiction and beauty in our urban landscapes. The subjects in Merrill’s photographs are often created from ubiquitous objects and architecture. Familiar elements such as the lawn, manicured and manipulated plants, new buildings mimicking other eras and locations, often reveal a culture of perpetual longing. Elements of our constructed environments simulate, or reference other places and histories acting as evidence of desire. Merrill often mixes together the real and the fake in her work to create images of places and objects that challenge our expectations or reveal the simulacrum in our environments.

Merrill’s process begins by making thousands of individual photographs while exploring a city or neighborhood. In the studio, she then digitally assembles these sources to create photographs of imaginary spaces. Some of the images have some veracity, but more often they suggest a visual hyperbole – an embellished scene circulating around a small detail or object that fascinated her. These composite images function as a metaphor to the ways in which desire and control is physically constructed in the landscape. 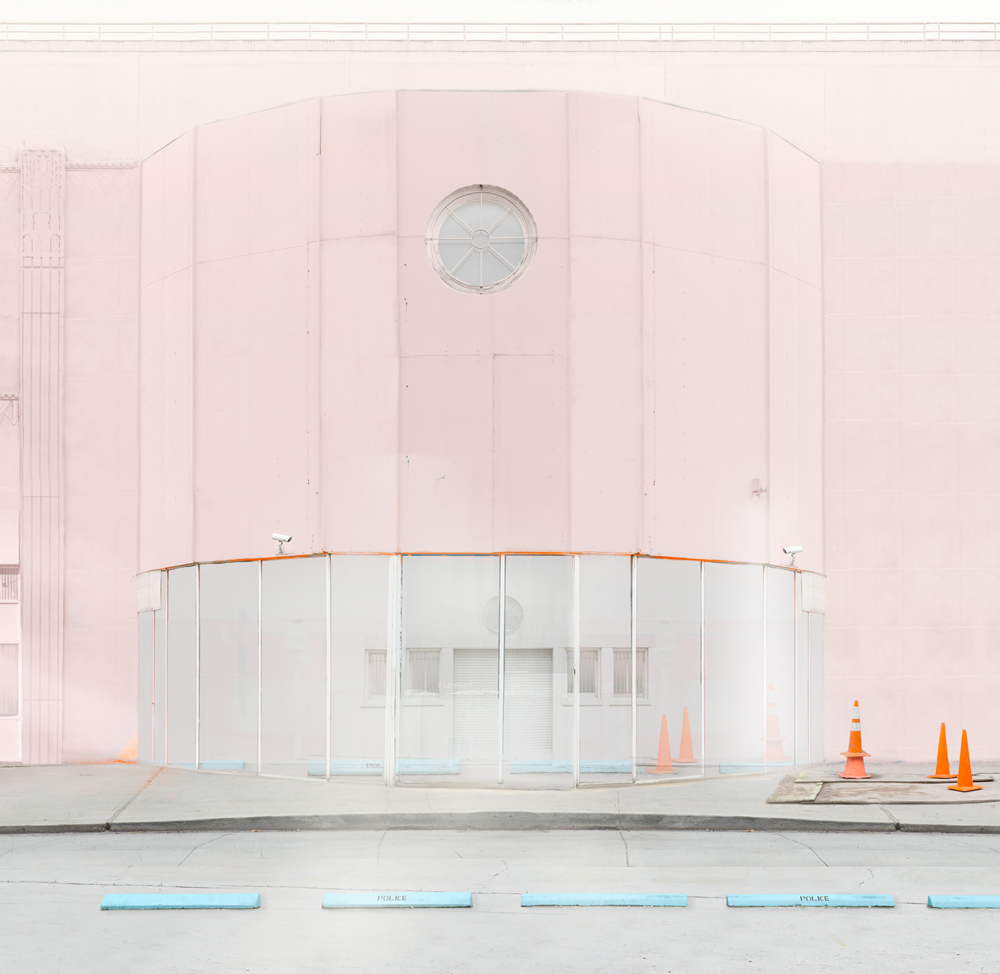 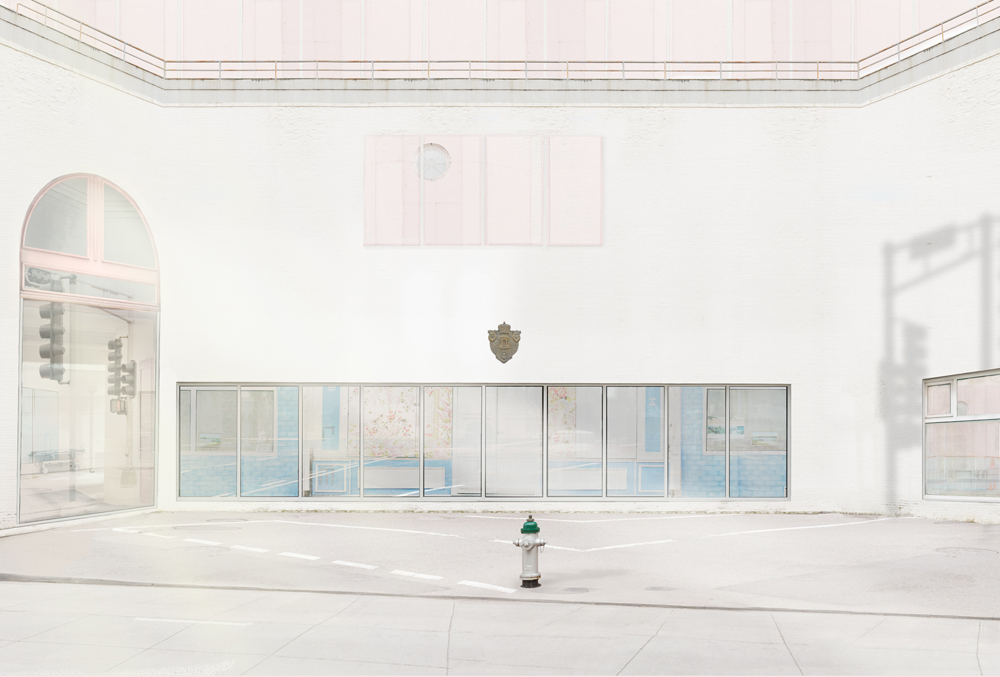 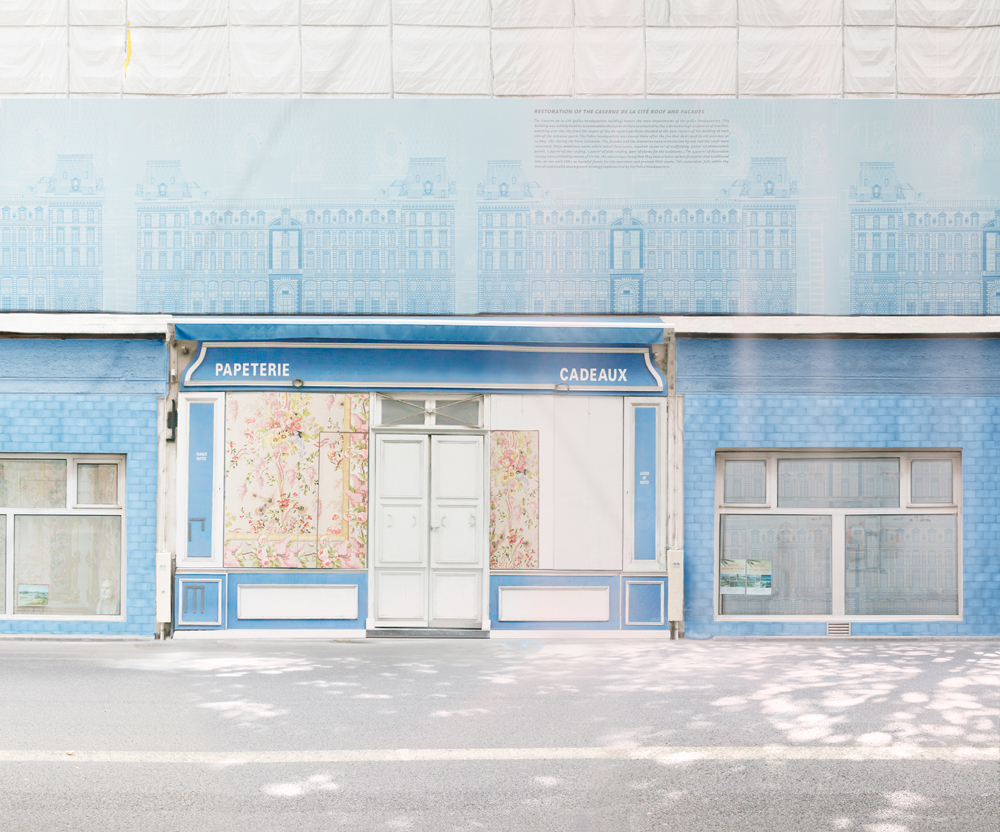 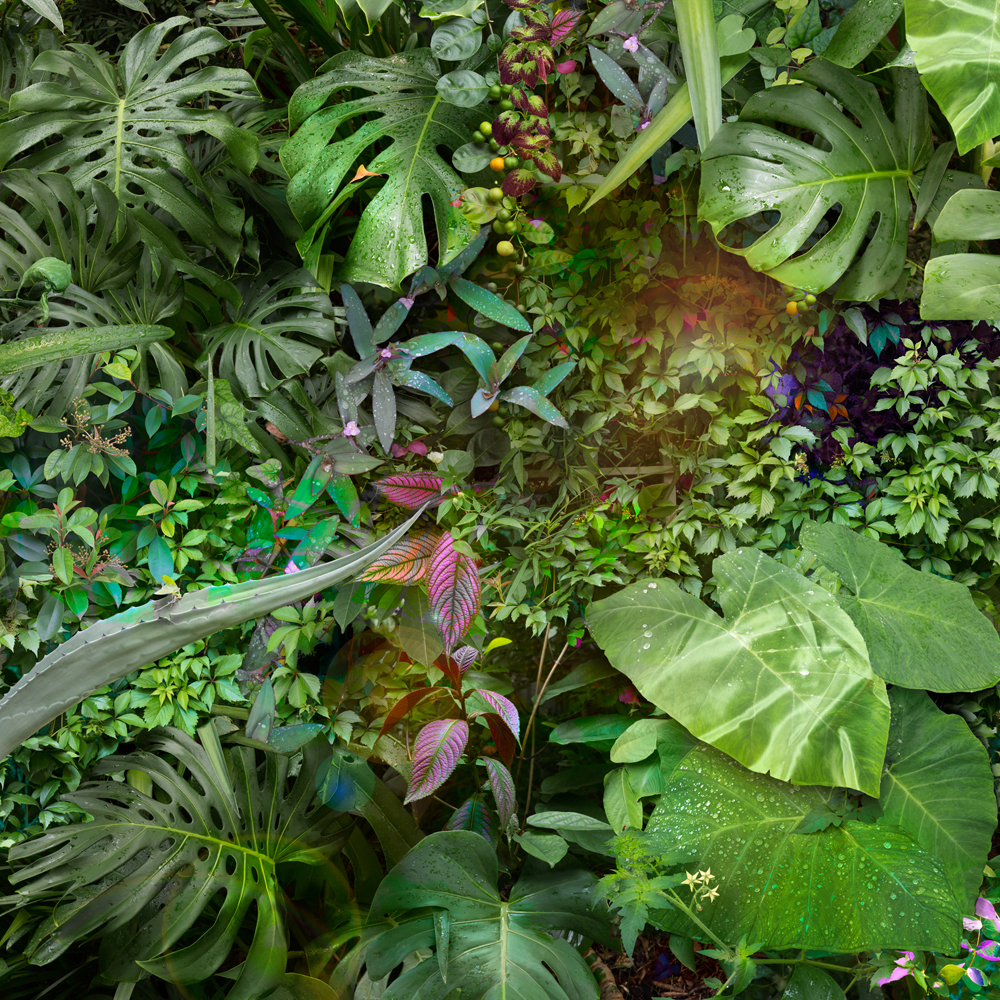 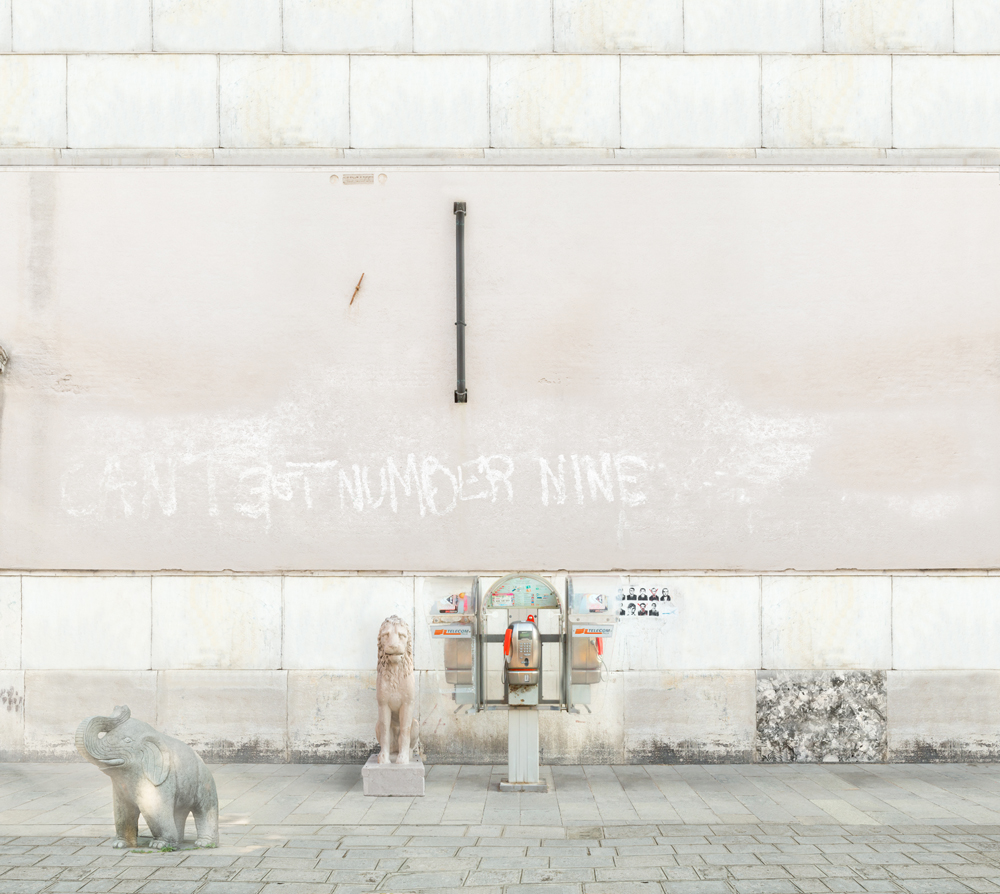 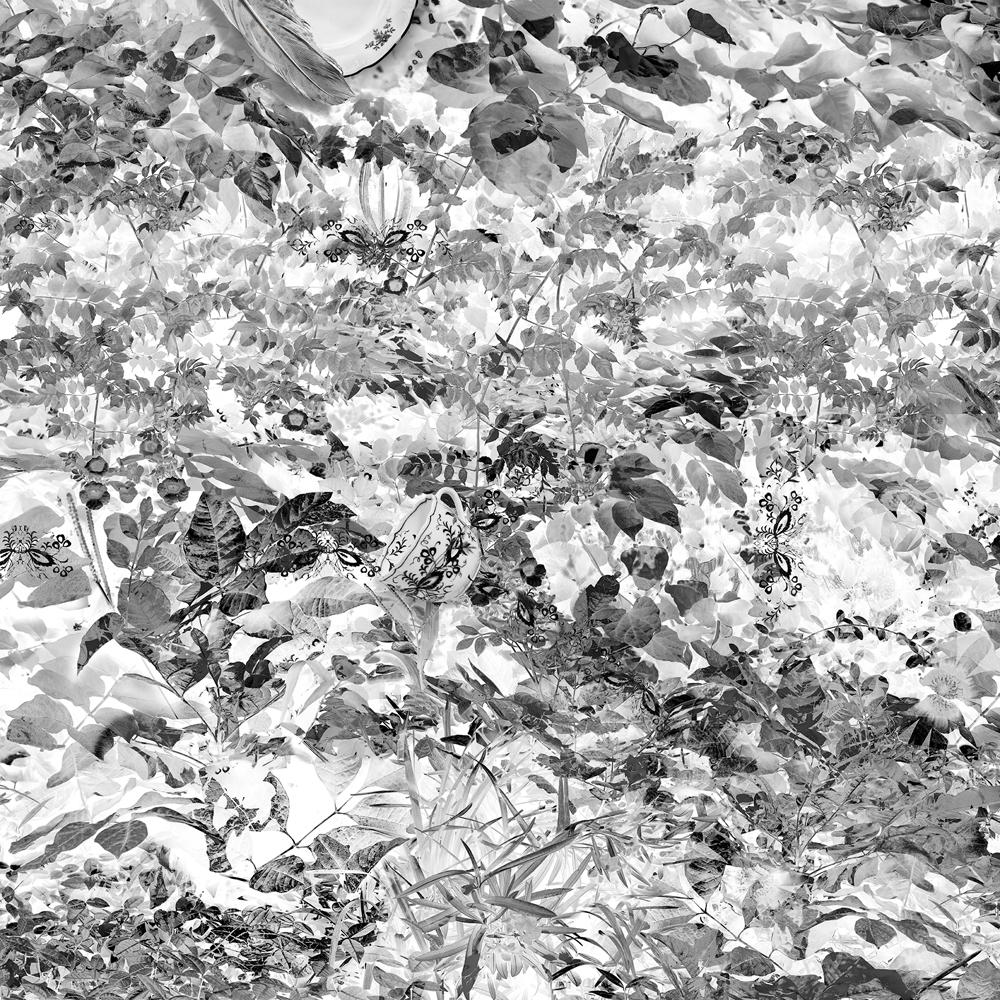 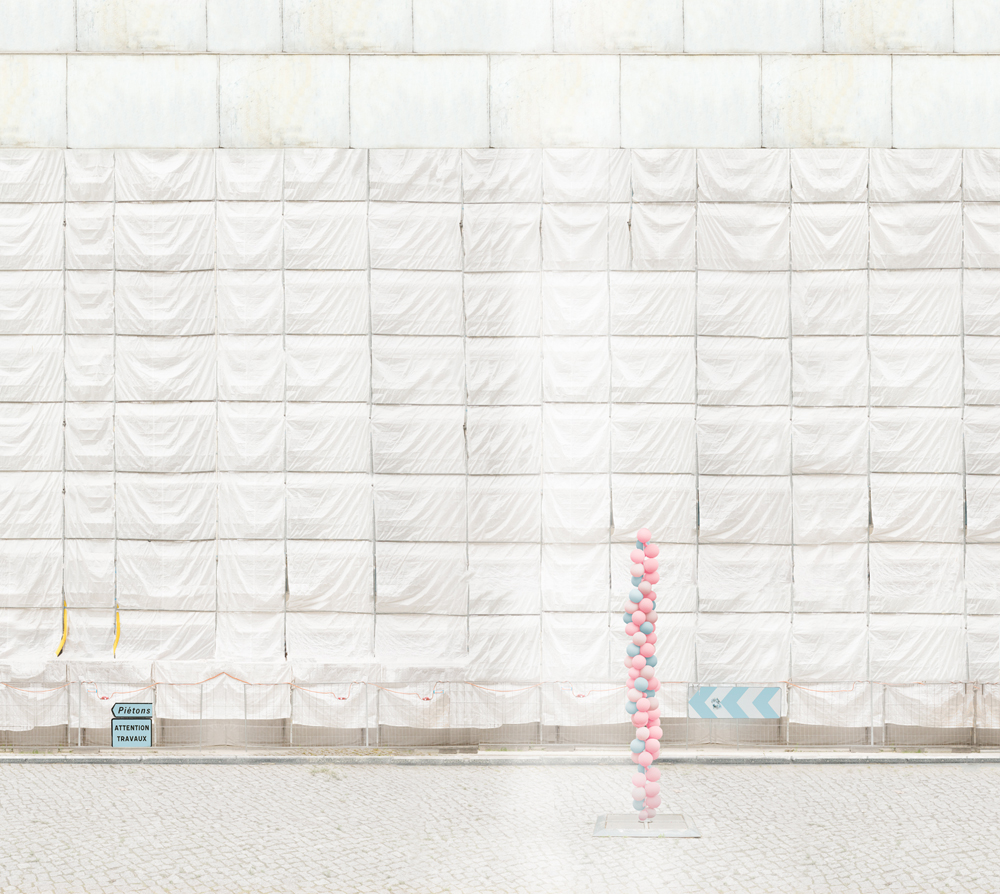 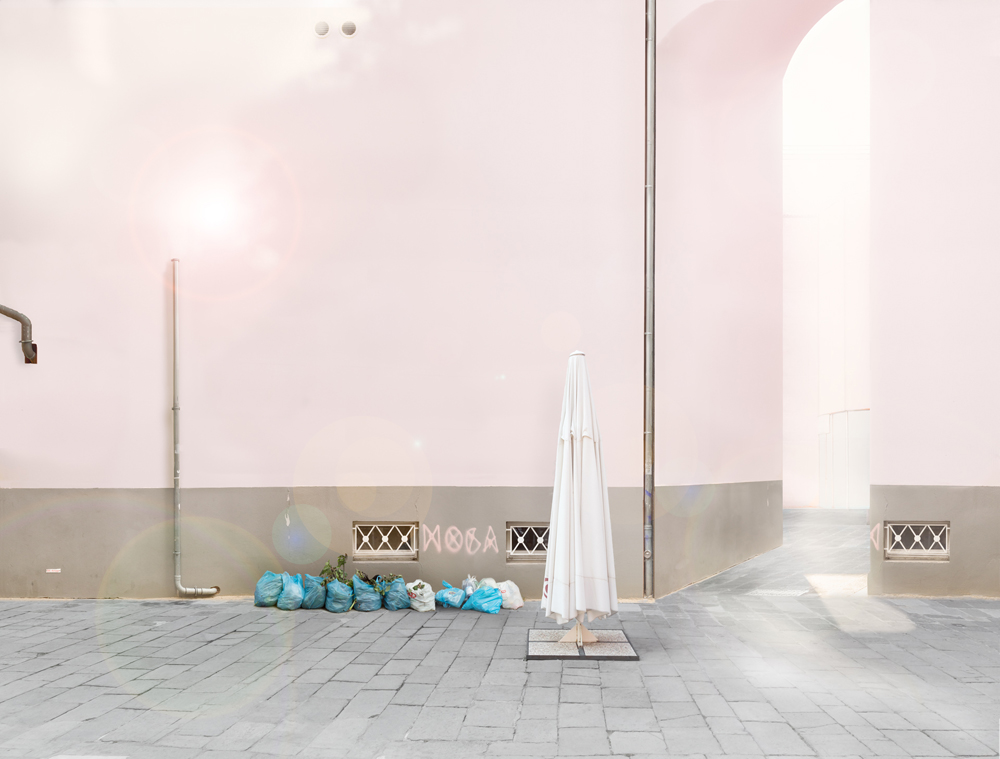 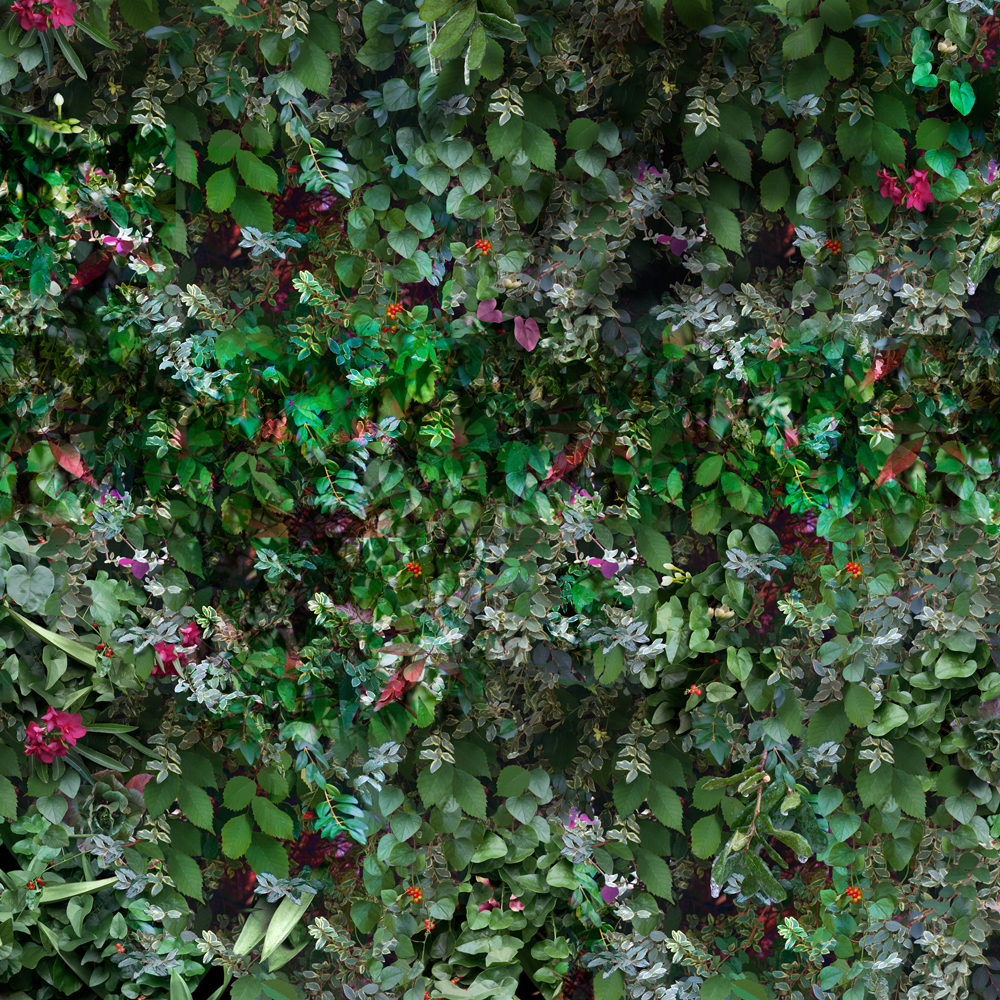