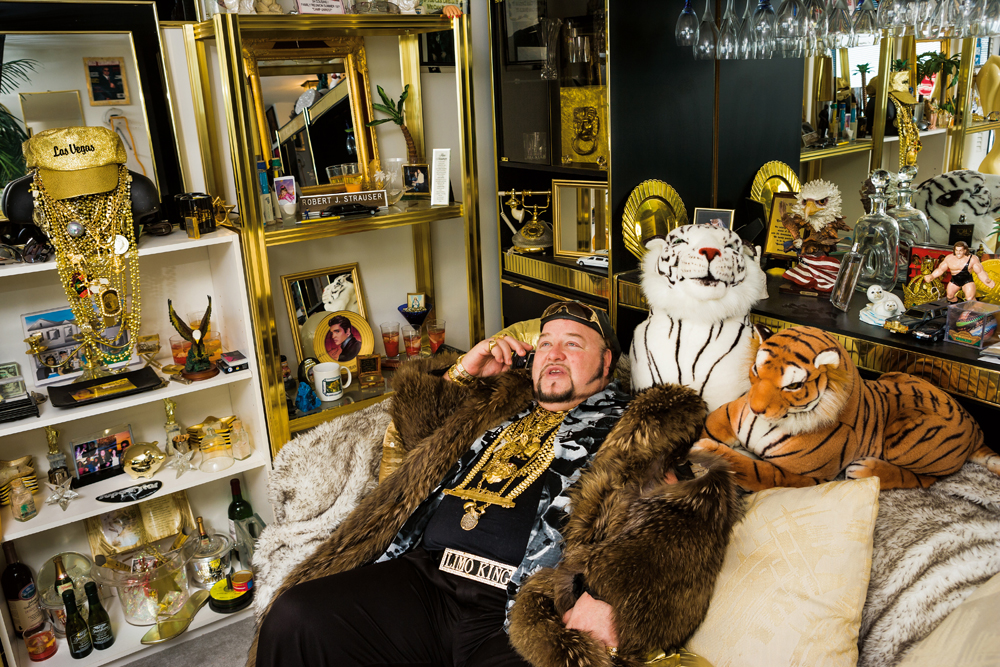 “Limo Bob”, the self-proclaimed “Limo King”, holds the record for owning the longest limousine in the world. Bob builds, sells and rents out limos in his hometown of Chicago, IL, and has created a fleet that includes the record-breaking 100-foot limo, and another made from a Boeing 727. Photograph and text © 2017 Lauren Greenfield

A few days ago, I had the great pleasure of visiting the Annenberg Space for Photography in Los Angeles to view the massive exhibition of Lauren Greenfield’s 25 years of looking at the influence of affluence, which includes a powerful and insightful feature-length documentary film. I stayed on to hear Lauren’s artist lecture as she took the audience through the evolution of her projects and the spot-on analysis of our consumer culture. Generation Wealth considers the seismic shift in our value system, where wealth, beauty, and celebrity reign supreme.

I remember years ago, when looking at Lauren’s early project, Fast Forward, an examination of children growing up too quickly, and wondering if the subjects or the parents felt shamed by the exposure of their children’s activities or their own parenting. After experiencing this exhibition, I realized that the behavior that lands someone in the spotlight, no matter how distasteful (ie Kim Kardashian’s sex tape), today is cause for elevated status or celebrity. Lauren is doing the important work of documenting and analyzing parts of our culture that have wide spread ramifications, influencing behaviors around the world, in particular, the growing wealthy class in China.

In addition to her exhibition at the Annenberg Space, which runs through August 13th, 2017 (and continues on to ICP in NYC in September), she also has an exhibition at the Fahey Klein Gallery in Los Angeles through June 10th, 2017.

In conjunction with these exhibitions, Phaidon has just released a massive gold brick of a book, Lauren Greenfield: Generation Wealth featuring 650 color-saturated pages and 150 first-person interviews, including an introduction by economist and sociologist Juliet Schor. And in keeping with the subject matter, of course I had to buy one (or two), which required hiring a task rabbit to carry it home for me….

Lauren Greenfield is an Emmy-award-winning photographer and filmmaker. A preeminent chronicler of youth culture, gender, and consumerism, her documentary The Queen of Versailles won the Best Documentary Director Award at Sundance in 2012. Her photographs have been widely published, exhibited – and collected – and her Super Bowl commercial, Like a Girl, went viral and swept the advertising awards of 2015.

Juliet Schor is an author, economist, cultural critic, and professor of sociology at Boston College. Her research focuses on the economics of work, spending, the environment, and consumer culture.

Trudy Wilner Stack was Curator of Exhibitions & Collections at the Center for Creative Photography, the University of Arizona for over a decade, after holding positions at the Pennsylvania Academy of the Fine Arts, the International Center of Photography, and the Birmingham Museum of Art. She has curated dozens of exhibitions of contemporary and historical photography around the world, and is a frequent contributing author and lecturer. 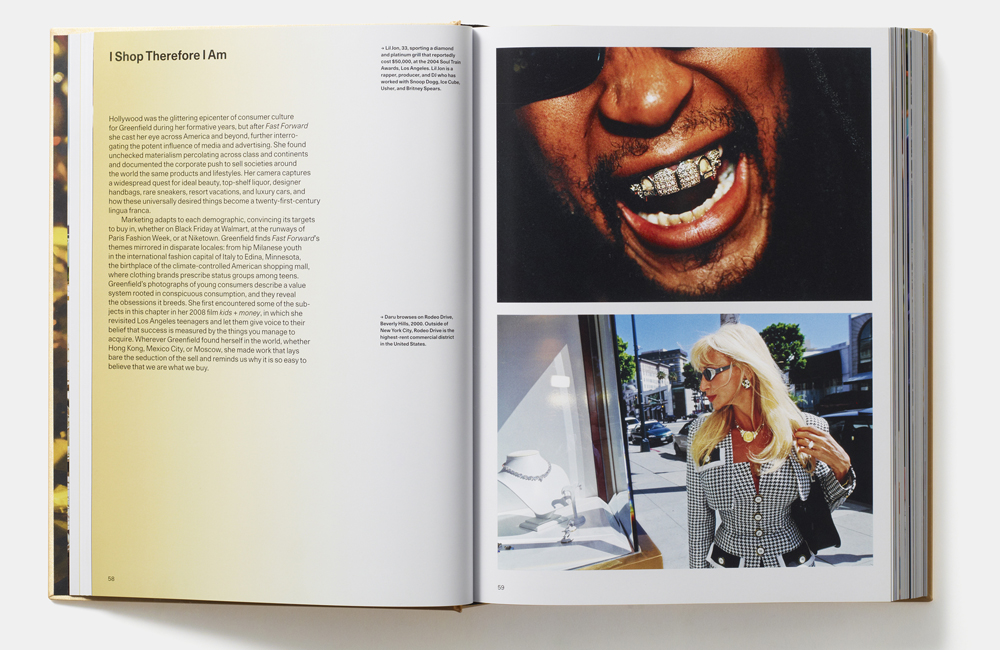 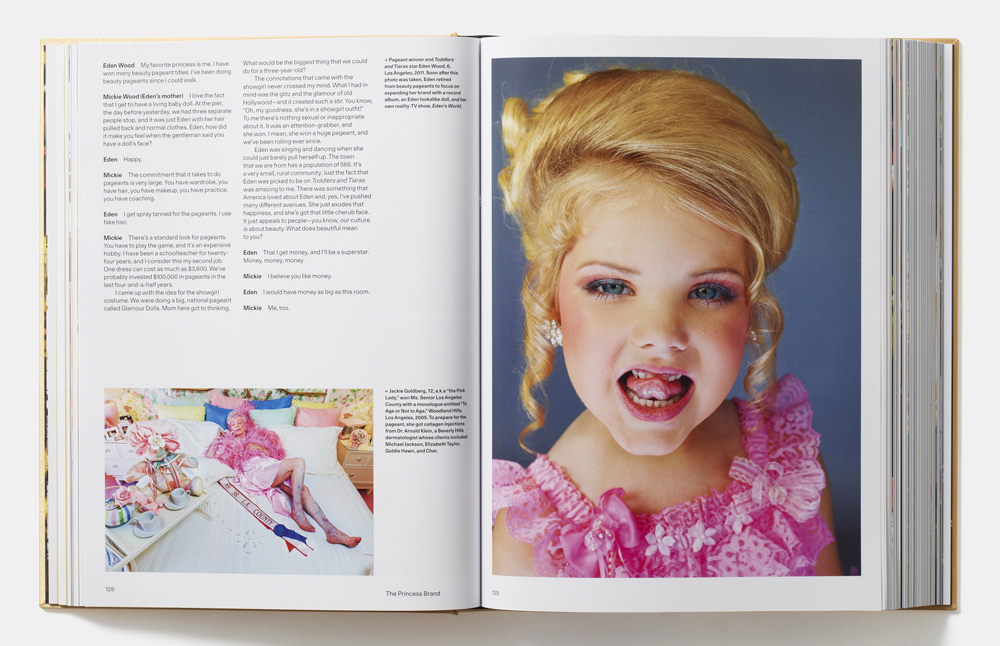 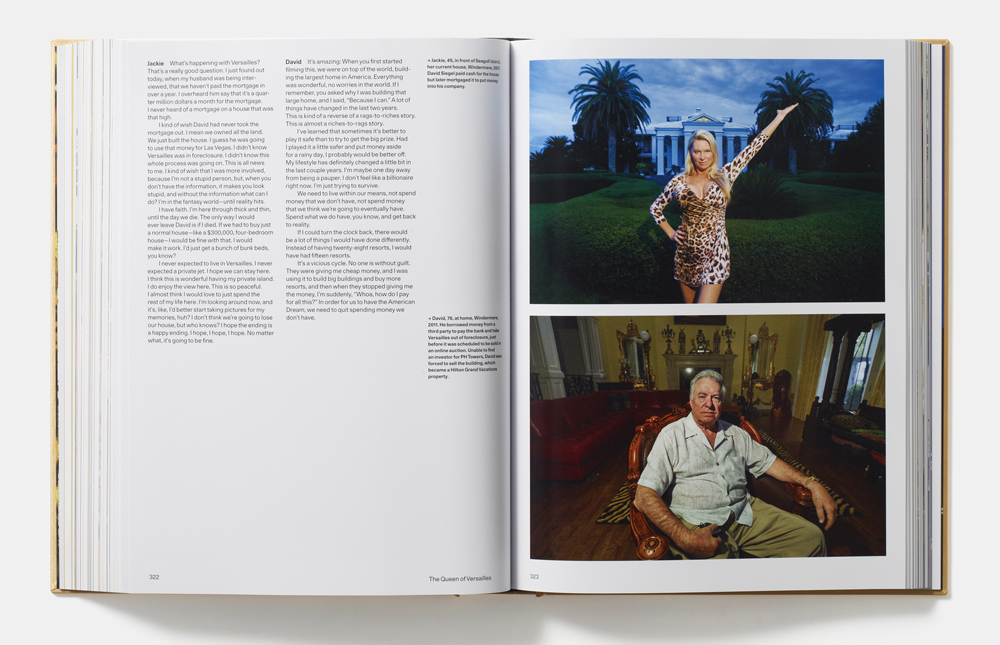 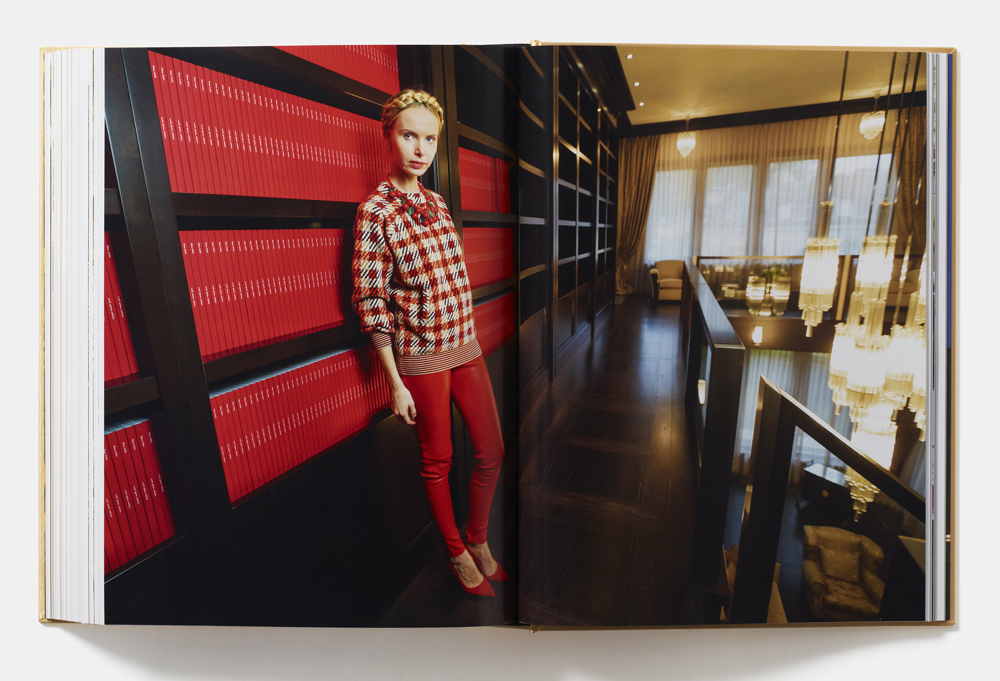 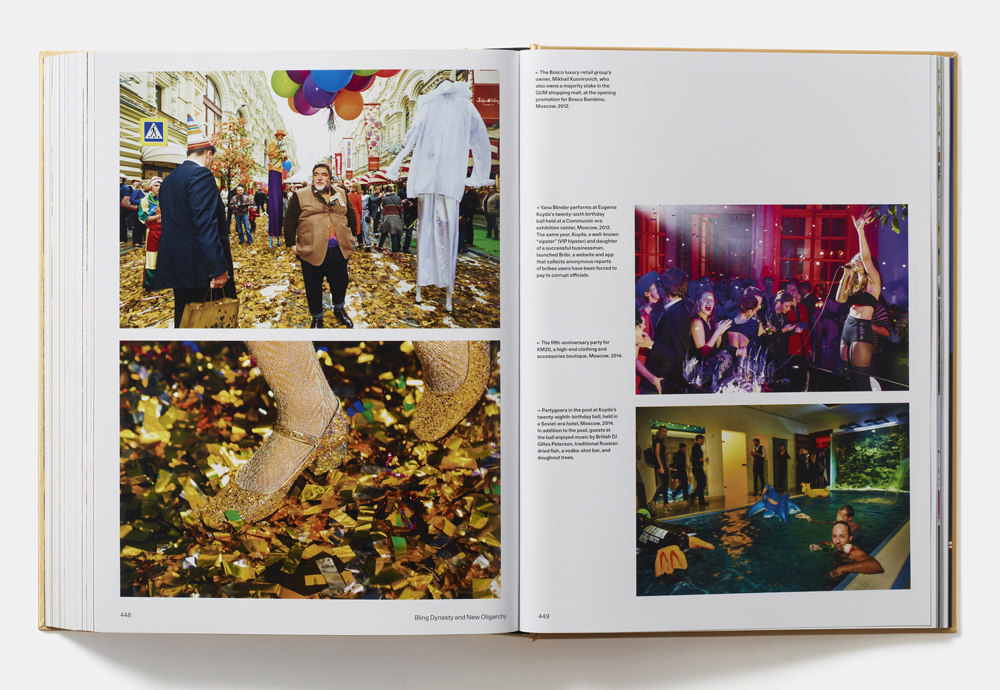 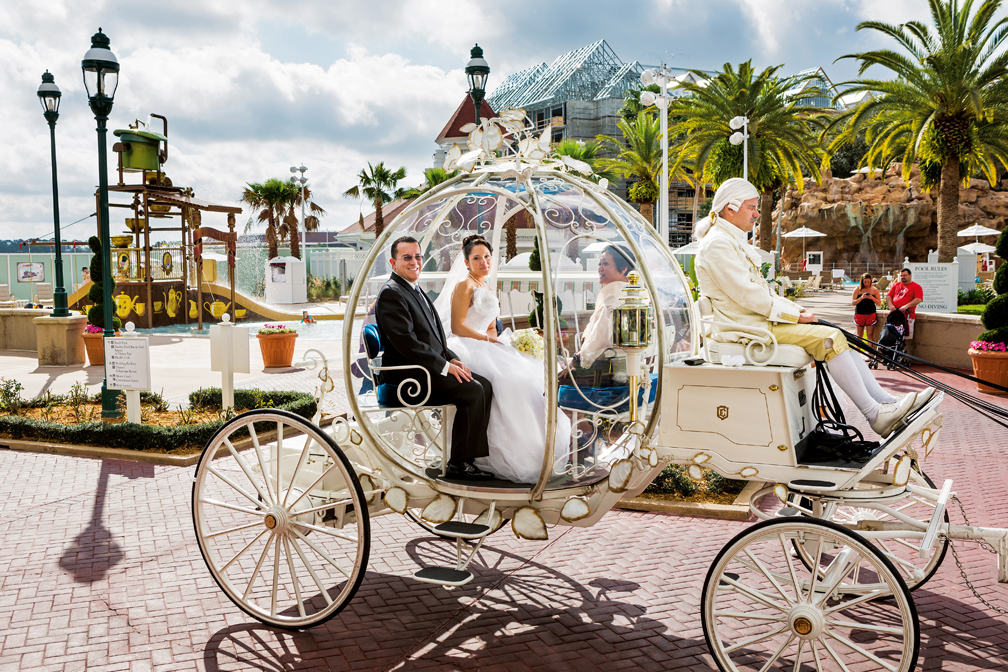 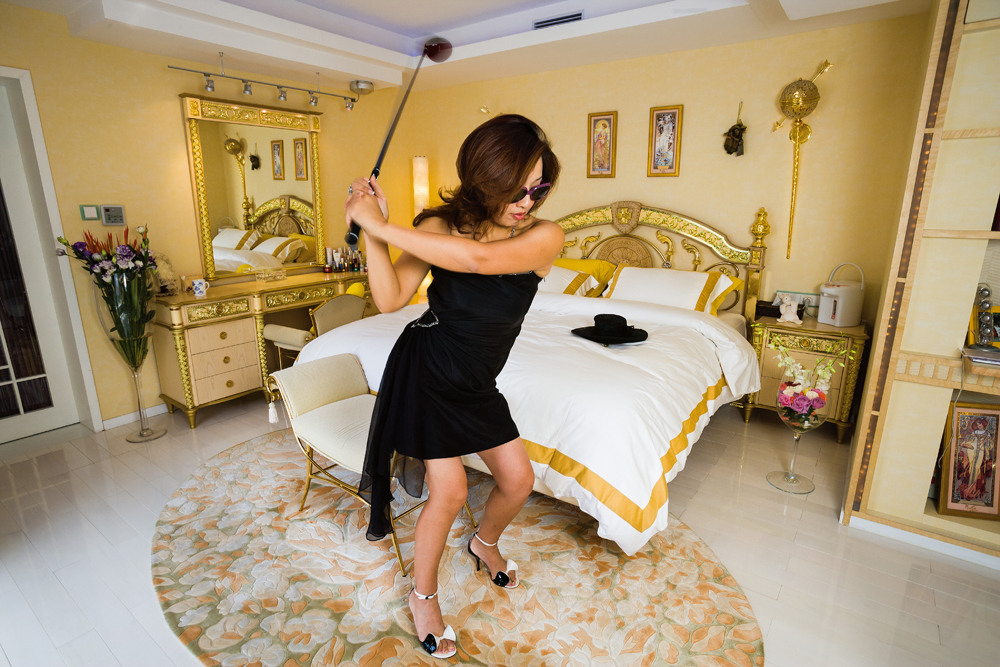 Xue Qiwen, 43, in her Shanghai apartment, decorated with furniture from her favorite brand, Versace, 2005. In 1994 Xue started a company that sells industrial cable and has since run four more. She is a member of three golf clubs, each costing approximately $100,000 to join. Photograph and text © 2017 Lauren Greenfield 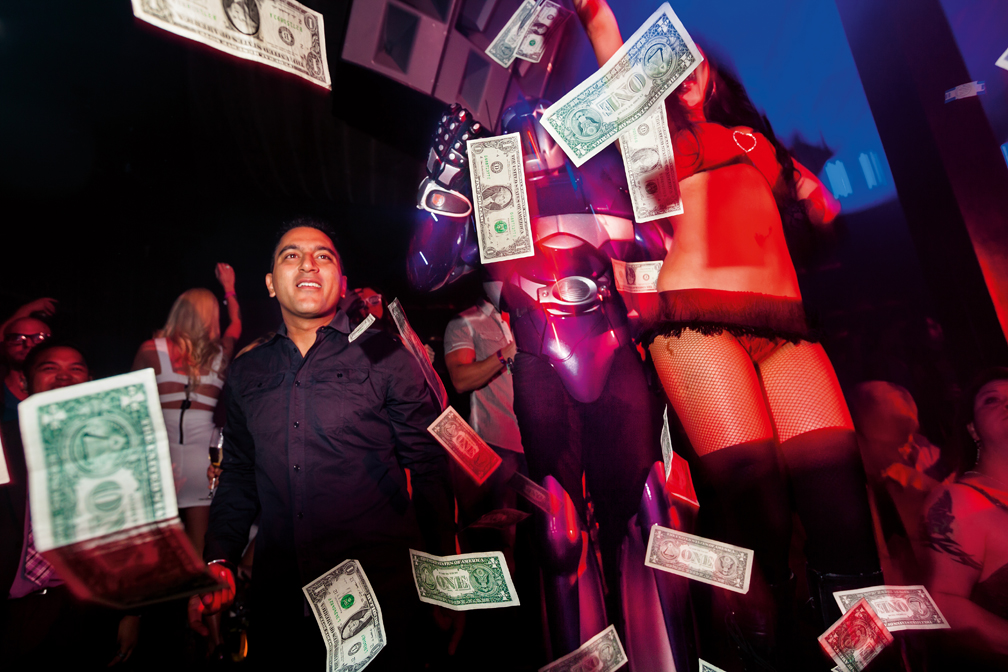 A selected VIP guest “makes it rain” with hundreds of one dollar bills on a sold-out Saturday night at Marquee Las Vegas. The club uses this unique technique to set the mood and pump up the crowd. Marquee relies heavily on pushing premium champagne and liquor bottle service to a clientele eager to spend money. The pairing of high-caliber DJs with the over-the-top extravagance of the club is part of what makes this club the highest grossing nightclub in America. Photograph and text © 2017 Lauren Greenfield