Cig Harvey: You An Orchestra You A Bomb by Aline SmithsonDecember 4, 2017 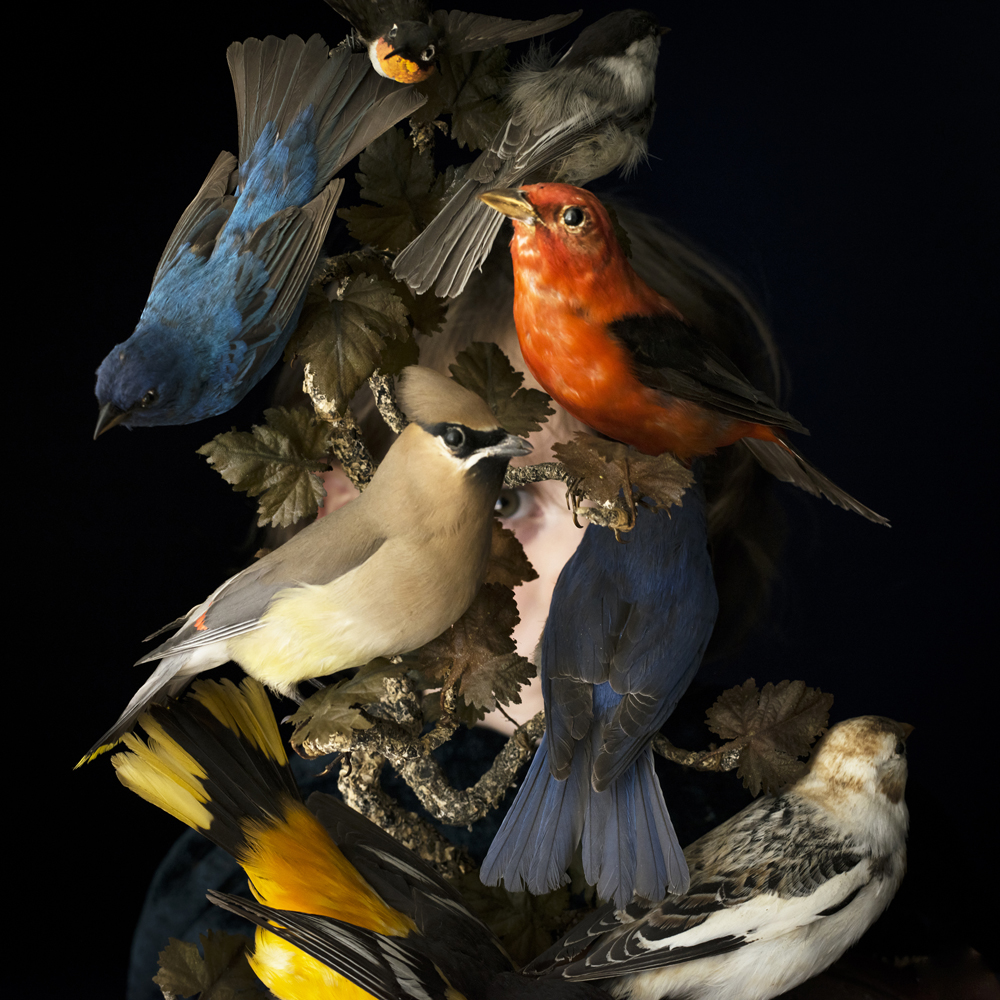 ‘Now dissect our bodies, pull out heart, shit, and eyes, and see each one of us is each other, we are orchestras, we are bombs. We are houses of cooking smells, arms around us and two aspirin. We are a normal pap smear, the first violets and meeting the bus from school. We are a Tuesday where nothing really happens. We are first cups of morning coffee, hand-printed welcome-home signs and community. We are paying attention. We are only this moment, the length of a photograph.’–Cig Harvey

Several years ago in late summer, I arrived in Maine to teach at the Maine Media Workshops. My friend Cig Harvey and I had planned to have dinner that week, but it didn’t happen as I later learned she had been in a car accident. Little could I have known how transformative that experience was for her, an experience that shook her foundations and shifted her thinking and vision.  I have always been a huge fan of Cig’s photographs and getting to know the person behind the work brought a whole new layer of appreciation. She has the unique ability to inspire hundreds of devoted students with humor, deep thinking, and a clarity of vision and she also has the ability to create a rich photographic legacy of work filled with poignant metaphor, edible color, and unapologetic beauty.

I recently sat down with Cig’s newest book offering, You an Orchestra You a Bomb released by Schilt Publishing, and entered worlds that beautifully revealed the tenuous fragility of what was once familiar, now seen anew with a profound appreciation for life. It’s as if Cig is pointing a finger and saying “I see that rainbow and it is remarkable, I see the way Scout’s hair whips in the wind and it is miraculous”.  When I look at these photographs, they remind me of when my children were first born and I looked at the world with heightened emotions that straddled joy and sorrow, compassion and protection, and felt a deep connection to the human condition. The book is a filled with text and photographs that celebrate the alchemy of the every day.  An interview with Cig follows.

Cig Harvey is a contemporary artist living in the United States. Her third monograph, You an Orchestra You a Bomb (Schilt Publishing) was released this month. Jonathan Blaustein of The New York Times said of the book, “Her book and exhibit carefully recreate that sense of childhood wonder, mixing saturated colors with verdant symbols and engaging text, allowing viewers to contemplate that sense of the unknown, but from a place of joy rather than anxiety.” 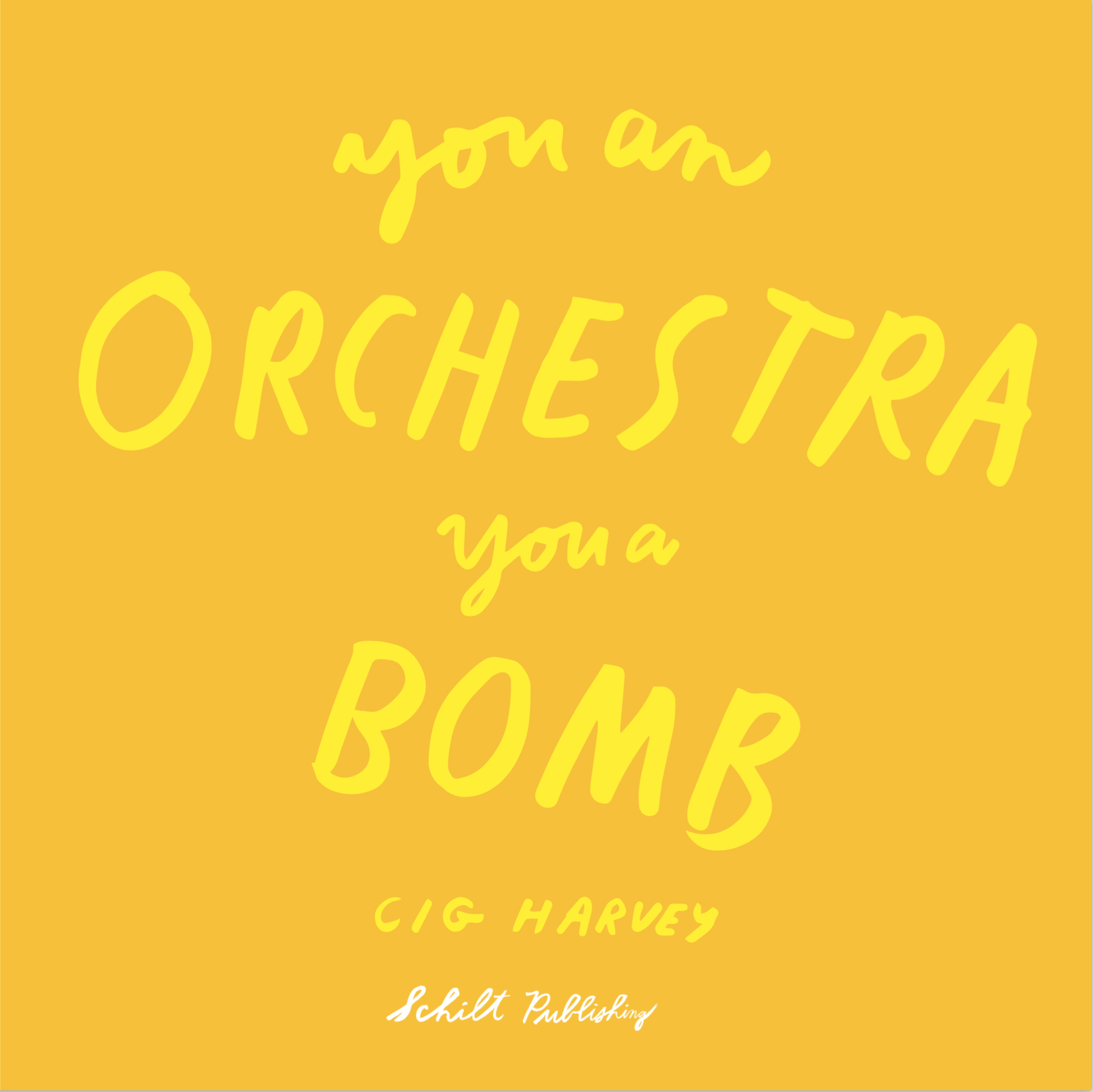 You An Orchestra You A Bomb Cover

You an Orchestra You a Bomb, explores my relationship with life itself. It is a body of work about paying attention to and appreciating the fragile present. It captures moments of awe, makes icons of the everyday, and looks at life on the threshold between magic and disaster. I have always experienced the world viscerally but this work shows a heightened awareness of the temporary nature of life. I’m trying to fathom the sacred in the split-seconds of everyday. – Cig Harvey 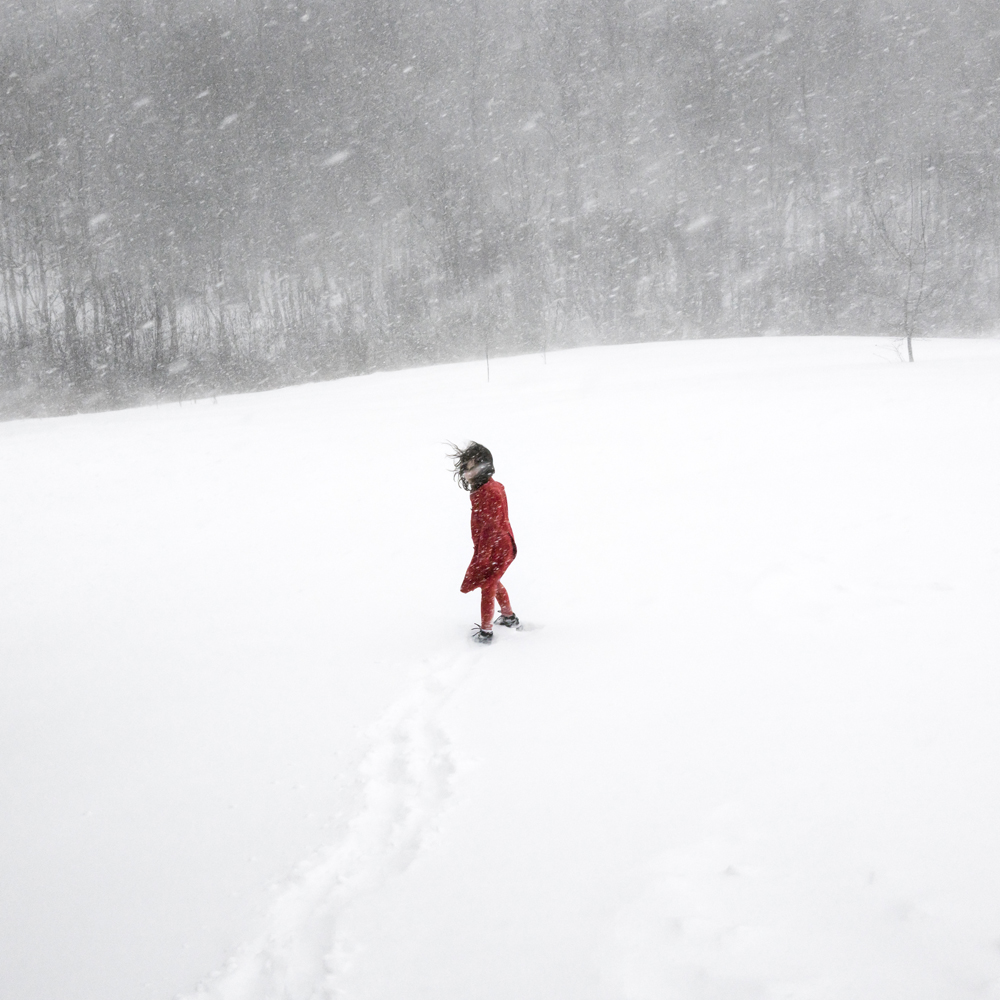 ©Cig Harvey, Scout in the Blizzard

Your new book you an Orchestra, you a Bomb, might be packaged like your two previous monographs, but you are mining whole new worlds with these photographs, creating a narrative that is more complex and profound and speaks to the fragility of life…What shifted in you after the accident?  Do you see the accident as a before and after marker of what you want to photograph?

The accident was a catalyst for a shift that was already happening around me, it just jolted it into focus. My work was always centered around the fragility of relationships, but after the accident and the gravity of the “what-ifs”, the work became about fragility of life itself. Driving back from the dentist on a normalTuesday>, doing these mundane things, and the sudden impact of the accident, the severity and randomness of the moment, made me acutely aware of how temporary and fragile life is. How life can change so quickly from one moment to the next. So yes, the accident absolutely gave me pause. But it wasn’t just the accident. Orchestra Bomb was a response to my whole worldview changing. It was also about the other things going on around me: becoming an american citizen – changing citizenship – during the swirling news of alternative facts; listening to the lies and anxiety in the public world on tv while simultaneously listening to my daughter Scout’s magical view of the world as she sees it at age 5 and 6. This contrast between the outside world and my interior view, really was the backdrop for much of the weight and perilousness felt in my new work. 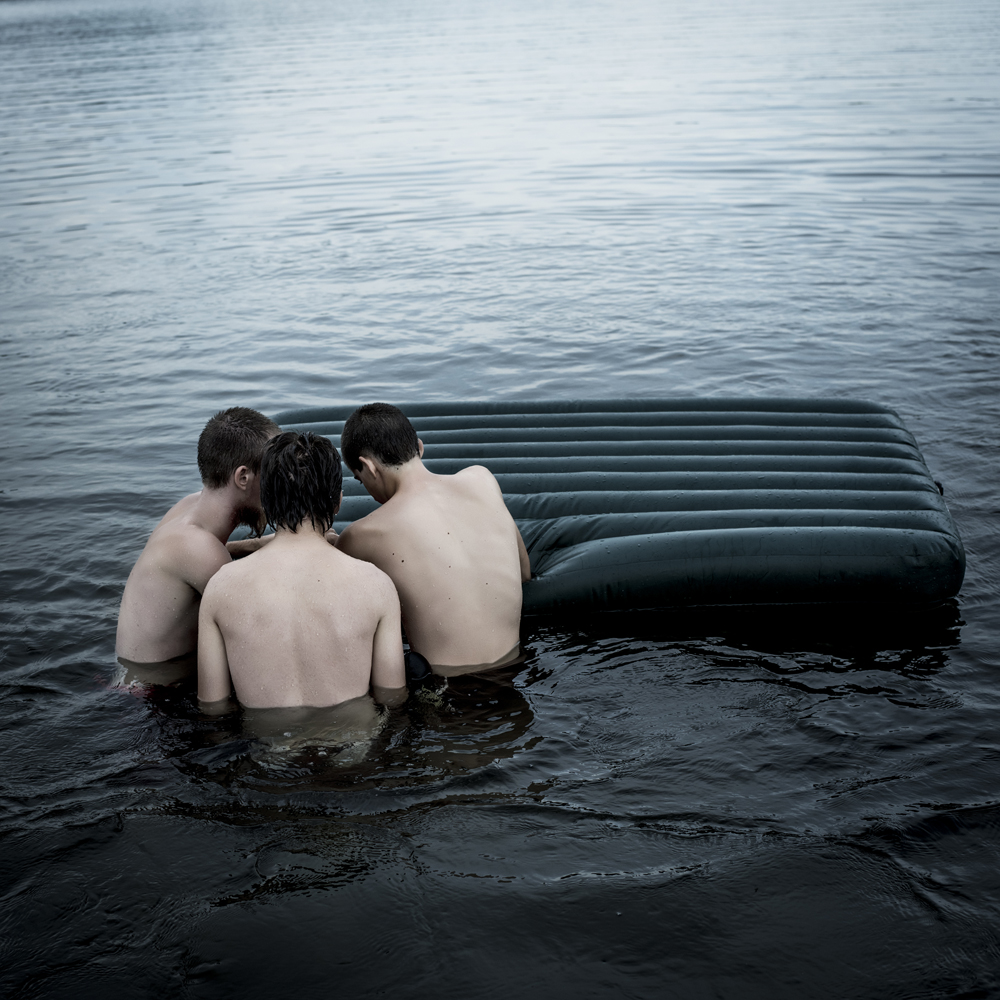 What’s your secret to making it all work (with such grace), or as you might say, creating a rich stew of life’s bounties–as a wife, mother, artist, and educator?

I’m not sure I’m very graceful. I spent last week struggling to find boxes for books, running to the post office, and dealing with shipping large photographs around the world. There was nothing very graceful about it. But I work from home, and I think integrating life and work, and getting up really early in the morning makes it all possible. I like to write from 5-7am, when my brain is at it’s clearest, and then get going working my way through the list of to-do. That’s always my plan to varying degrees of success.  I love what I do and feel very lucky that this is my life and job. I generally tend to go into intense periods of marketing and production preparing for shows and focusing on social media, and then I really look forward to the creative time – generally the winter in maine – when I can hunker down and be inward, make pictures and write. I think that concentrated time, not trying to mix right brain and left brain works for me. 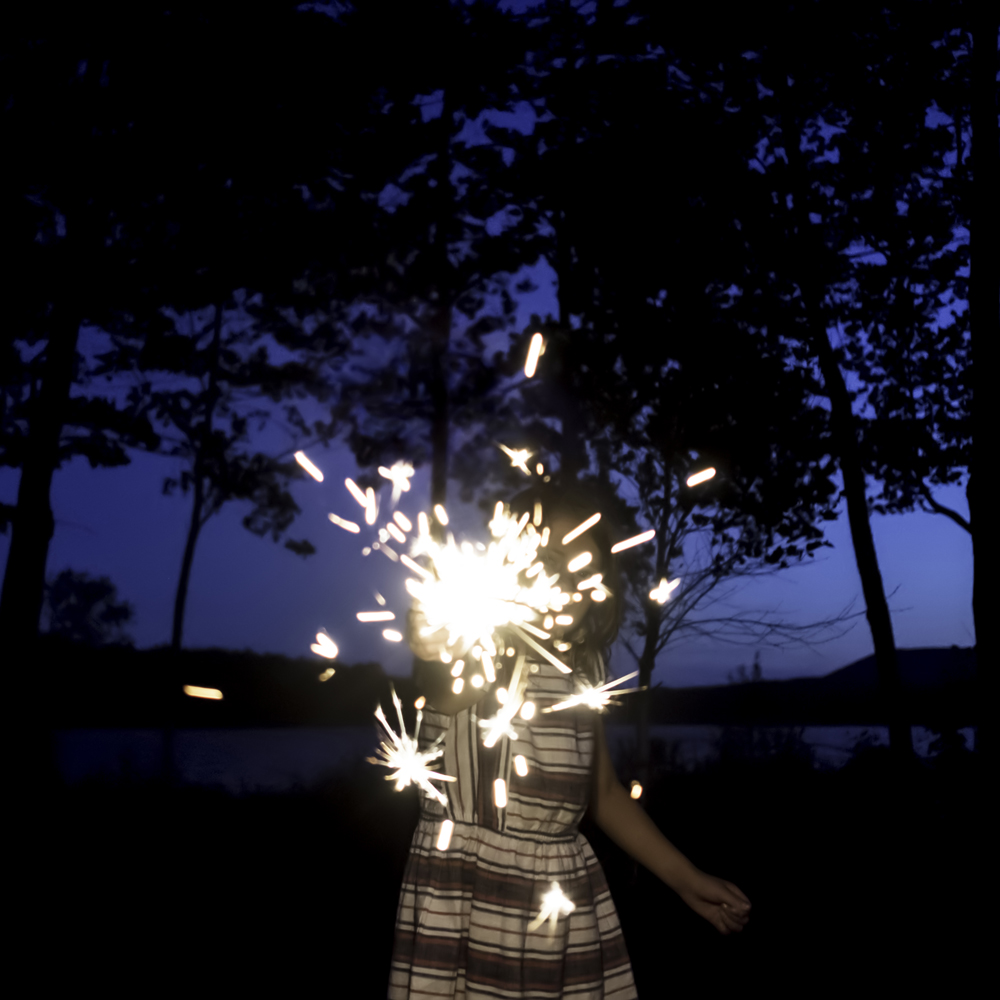 Do you know what’s next or is future art making organic and on going?

My work is definitely an organic evolution, the last project leading into the next. In putting together Orchestra, I realized how many of my memories were connected to color and visceral experiences. So i’m working now on how our bodies react to images. Rather than working from intellectual symbols and metaphors, i’m making pieces that really address the gasp, the senses, the memory, and the physical response to art. It’s a fluid lead in from the last project. 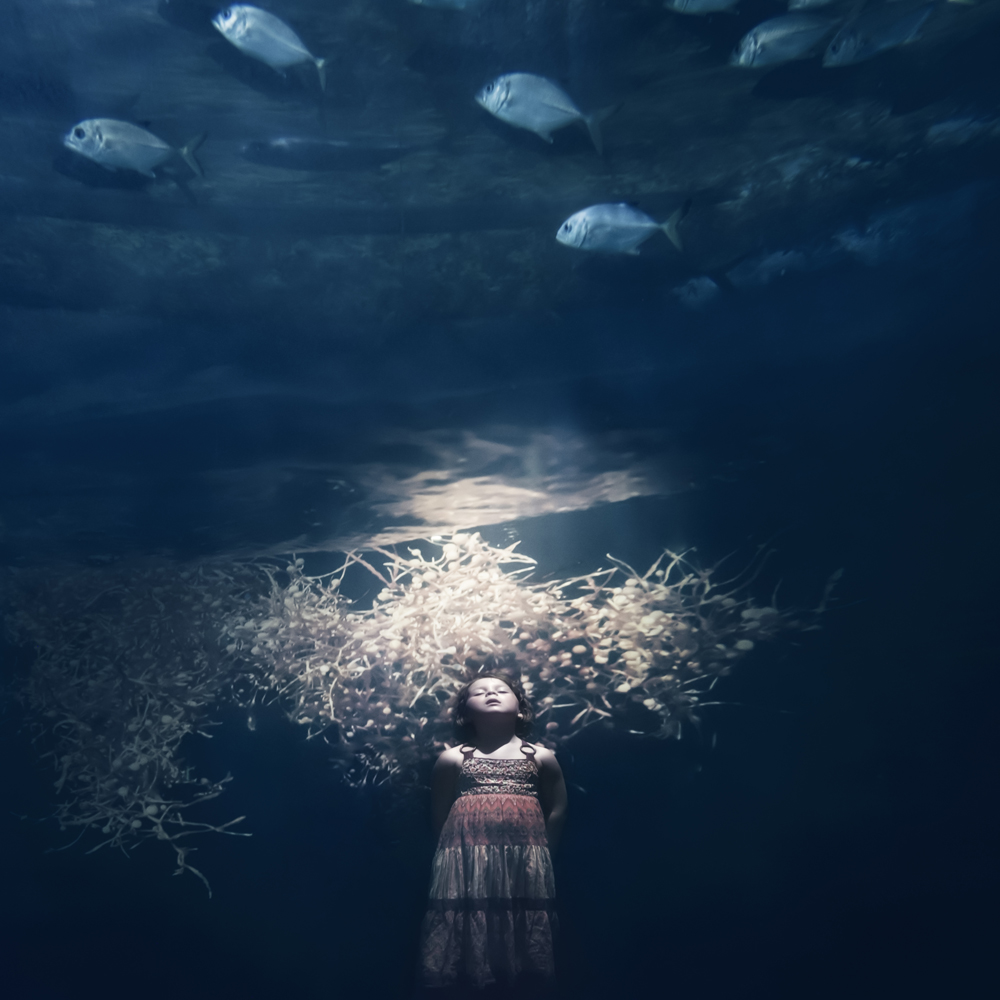 How much of your work is inspired by your writing/journaling?

I tend to go into intense periods of writing and then intense periods of photographing. They don’t inform one another in a literal way, but like ingredients, they both contribute to my grasp of the world around me. The writing makes me more aware of the everyday, because a lot of the words and ideas come from half heard conversations, or things Scout says. They are both equally important parts of the finished work. 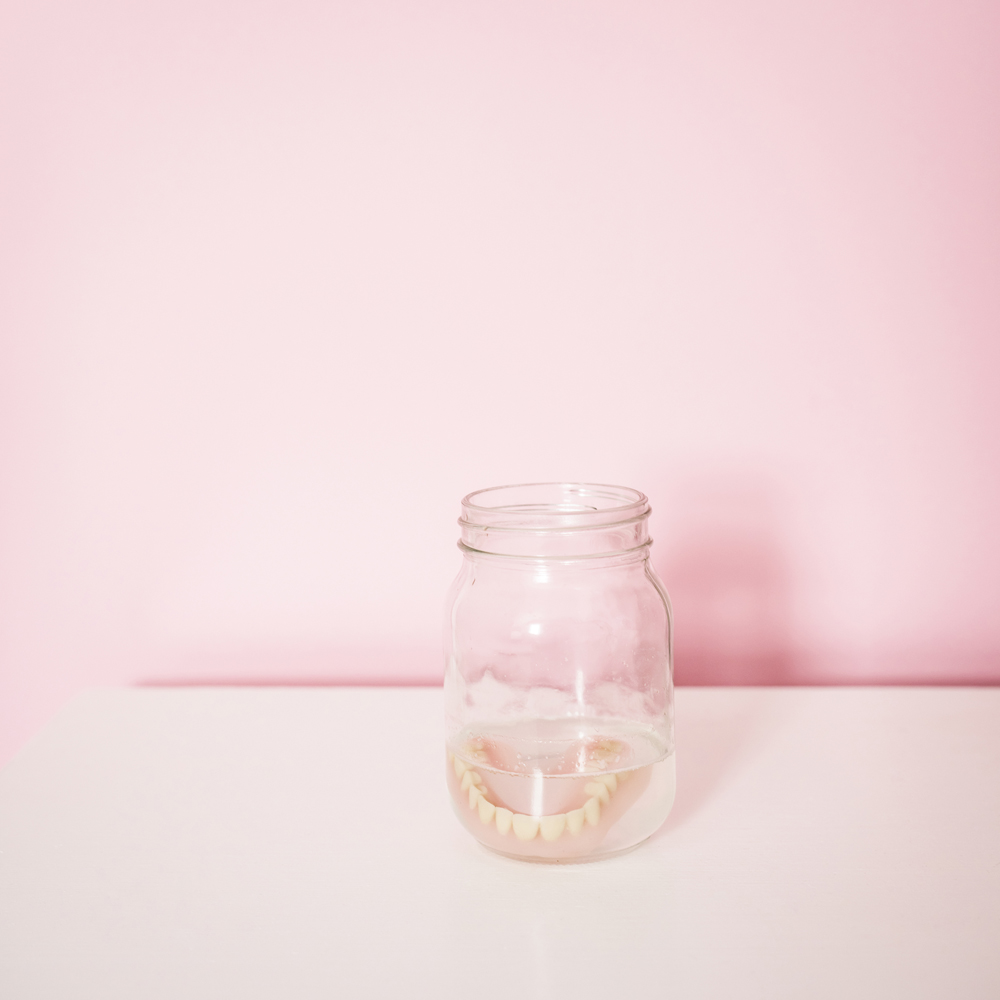 My perfect day is a normal day where nothing much really happens. To wake up, have a family snuggle with Doug, Scarlet, and Scout. To come downstairs and enjoy a delicious cup of very strong coffee – full fat, half and half cream, and write for an hour or so and then to go make pictures and respond to the world. In the afternoons I like to walk my dog with a group of girlfriends, listen to their lives, and come home to meet the bus from school. Scout has started reading to me, which is an incredible thing to hear her mind moving and growing so quickly. Then to cook a stew or roast chicken, and fill the house with yummy smells. I like go to bed reading something that changes the way I think, and to be asleep by latest. Oh and somehow squeeze a yoga class in there too. 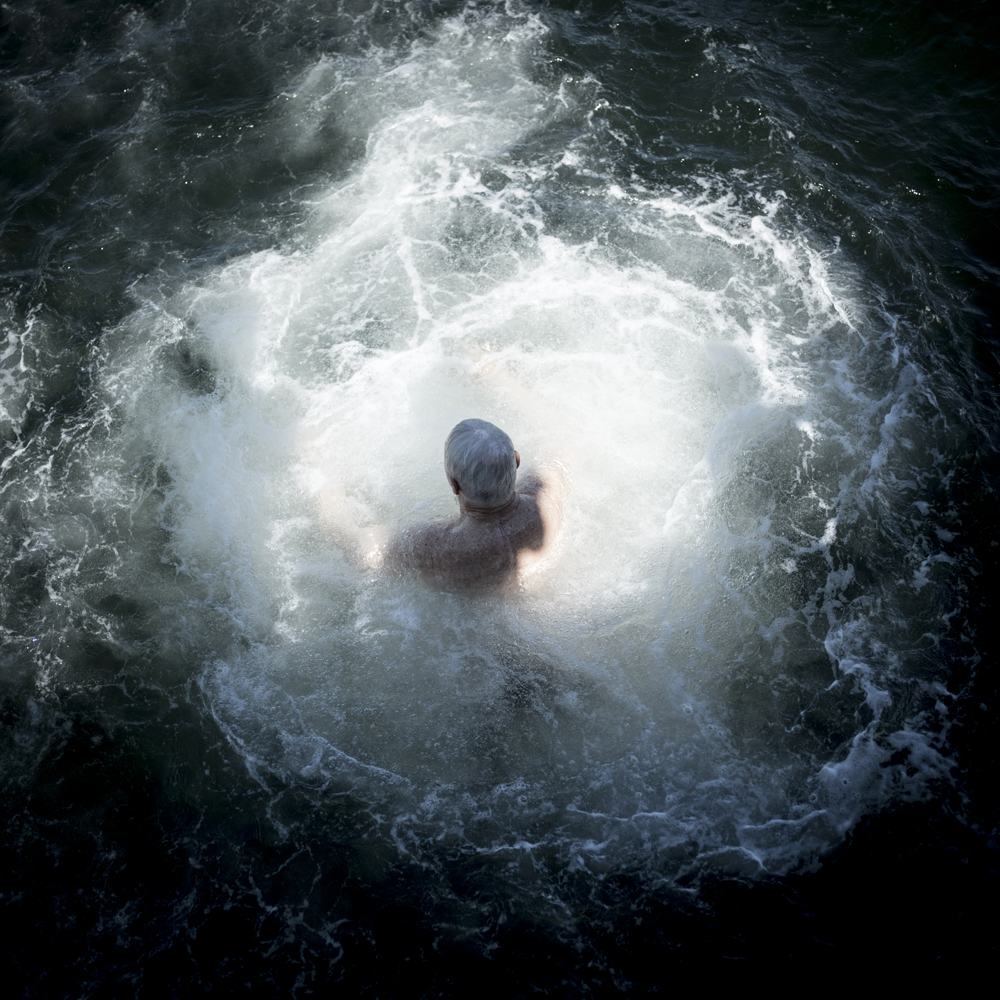 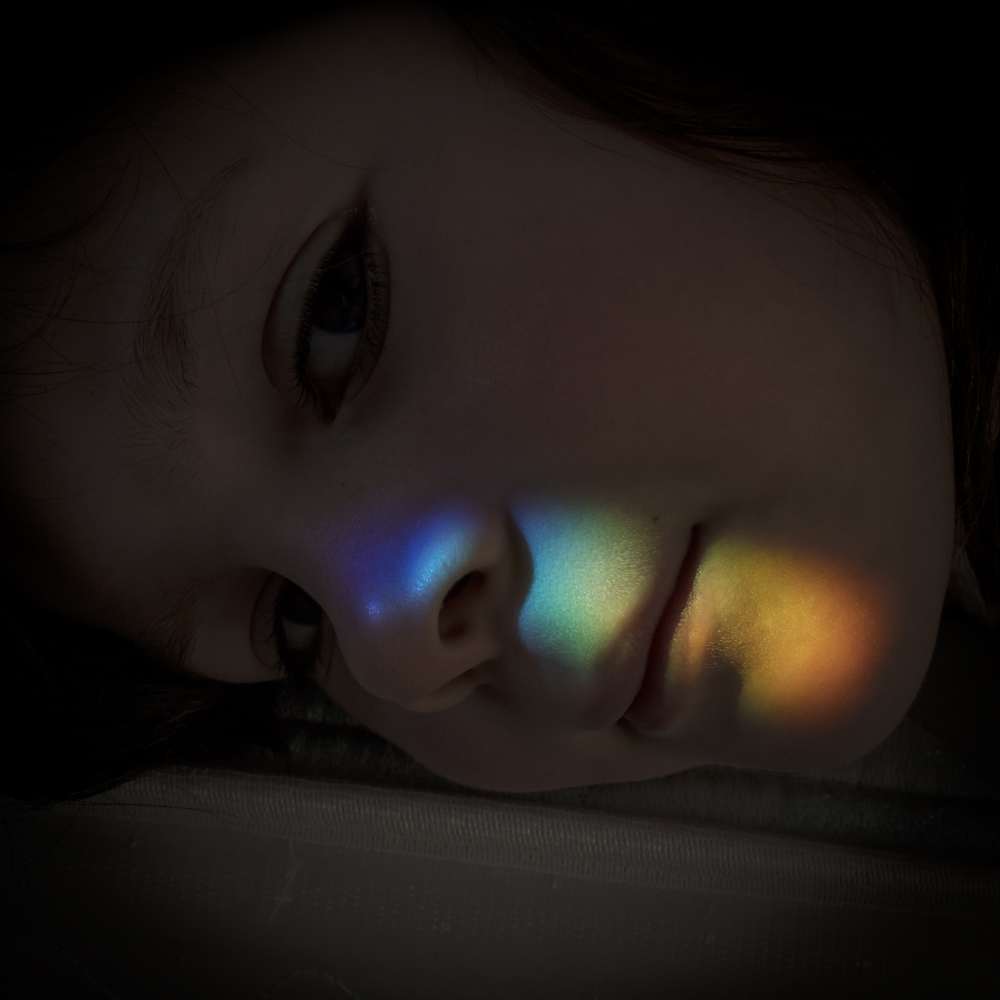 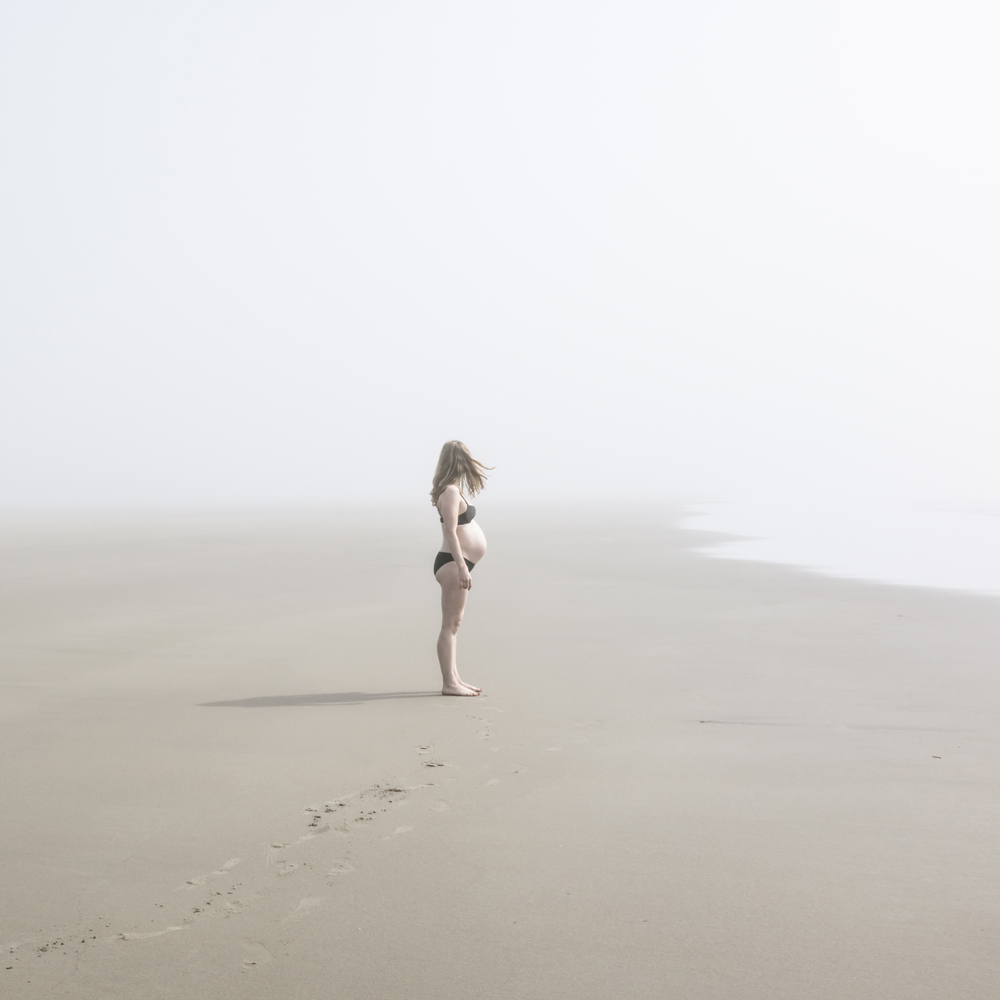 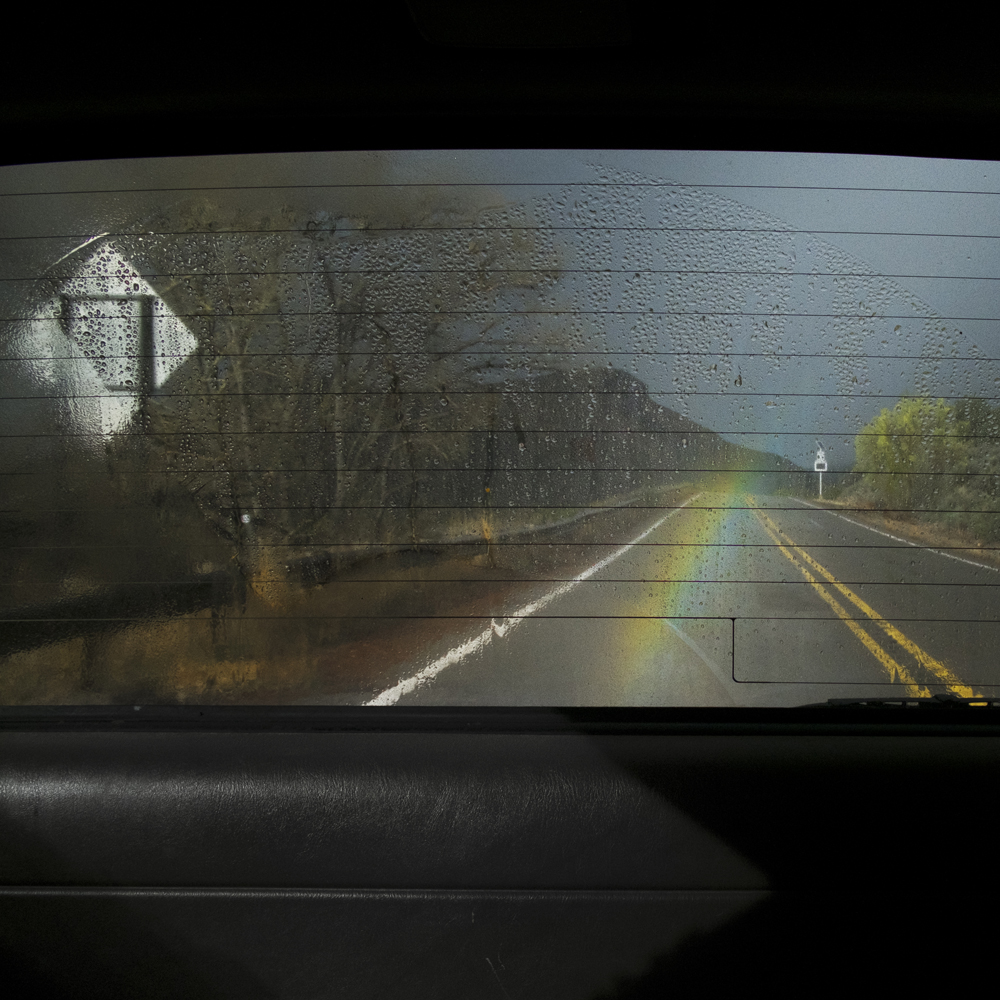 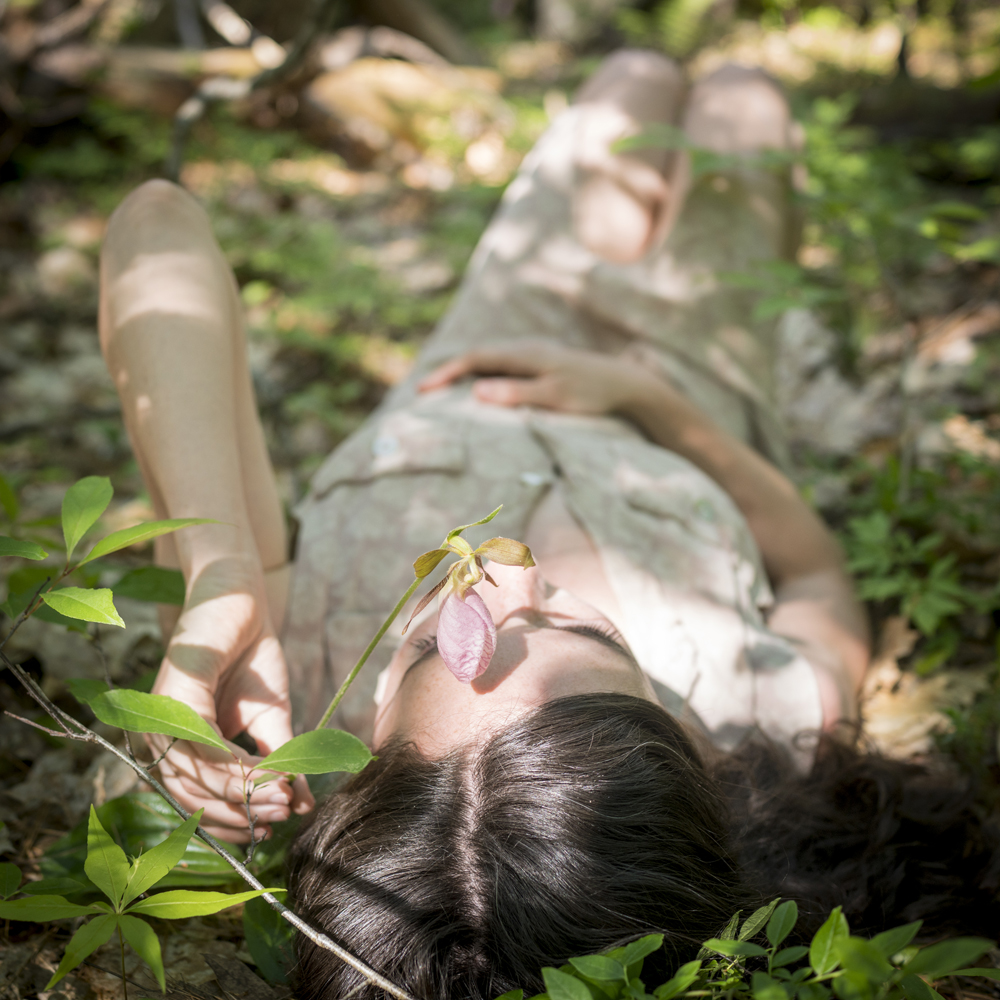 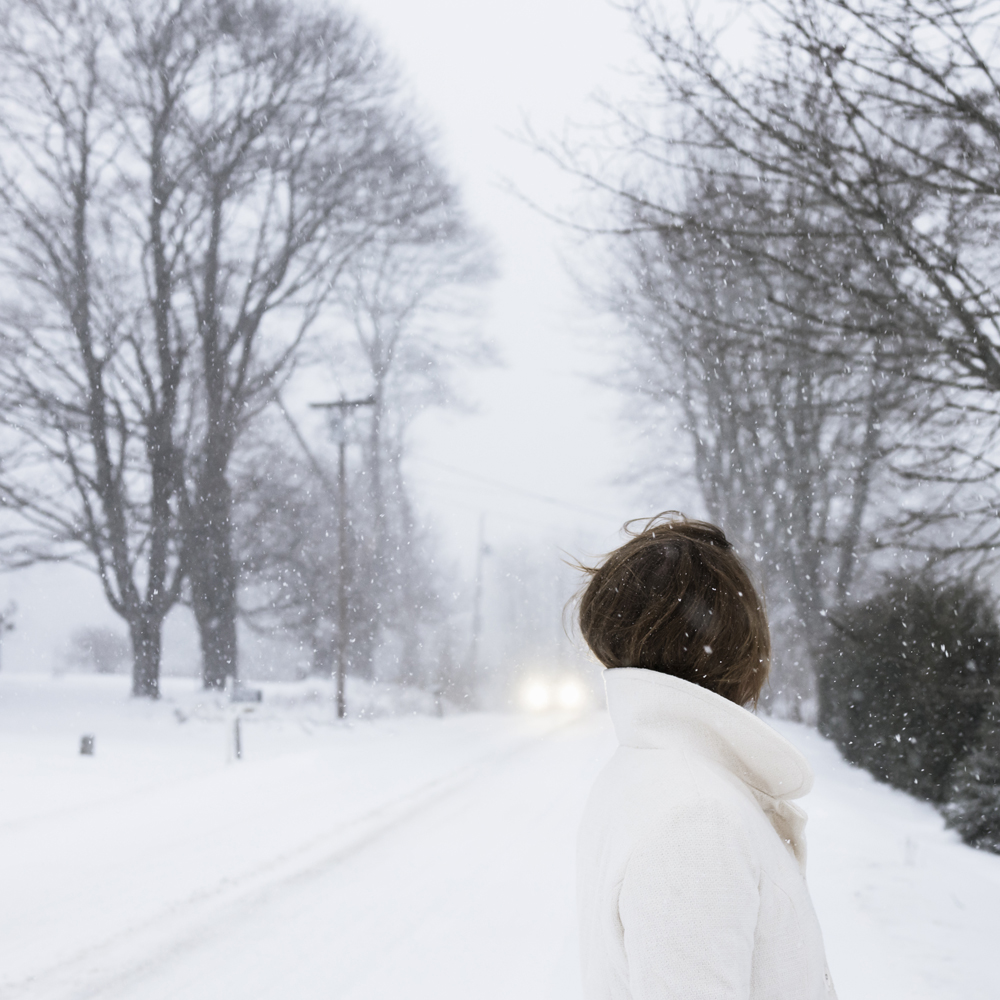 ©Cig Harvery, Hannah in the Storm 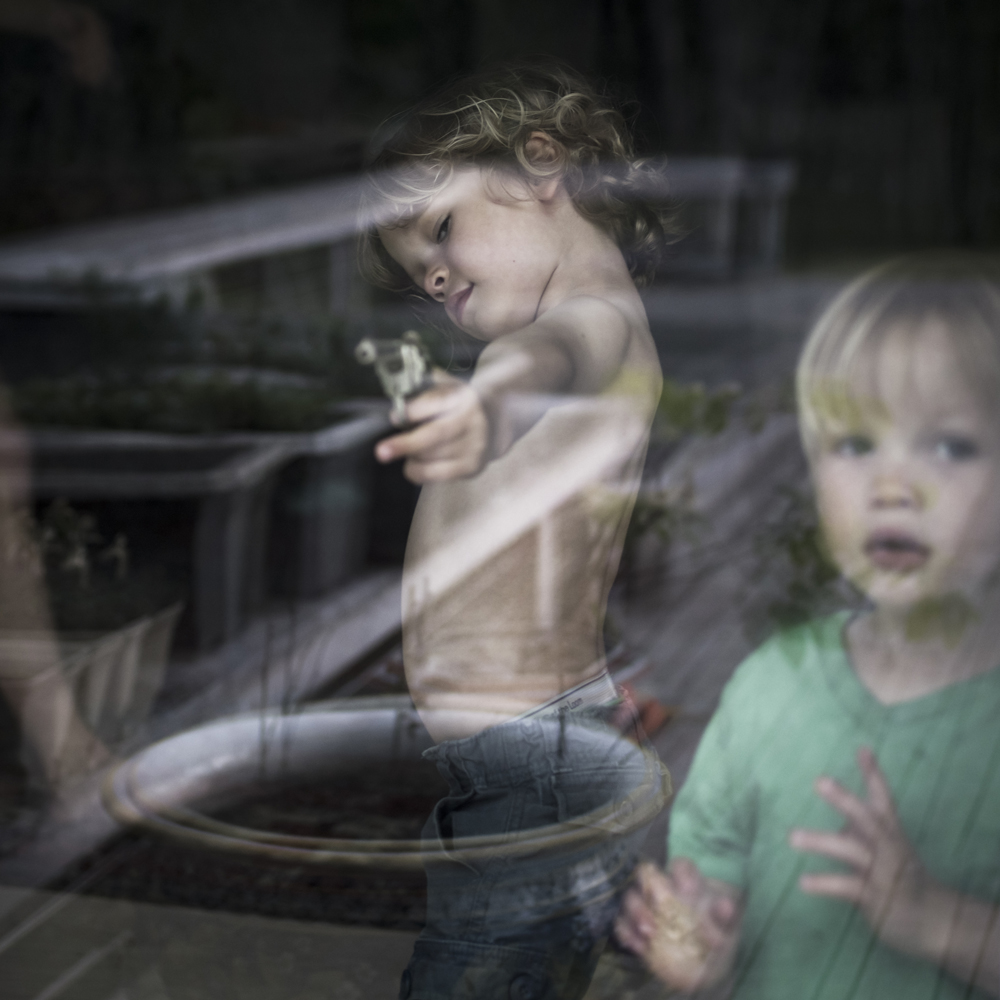 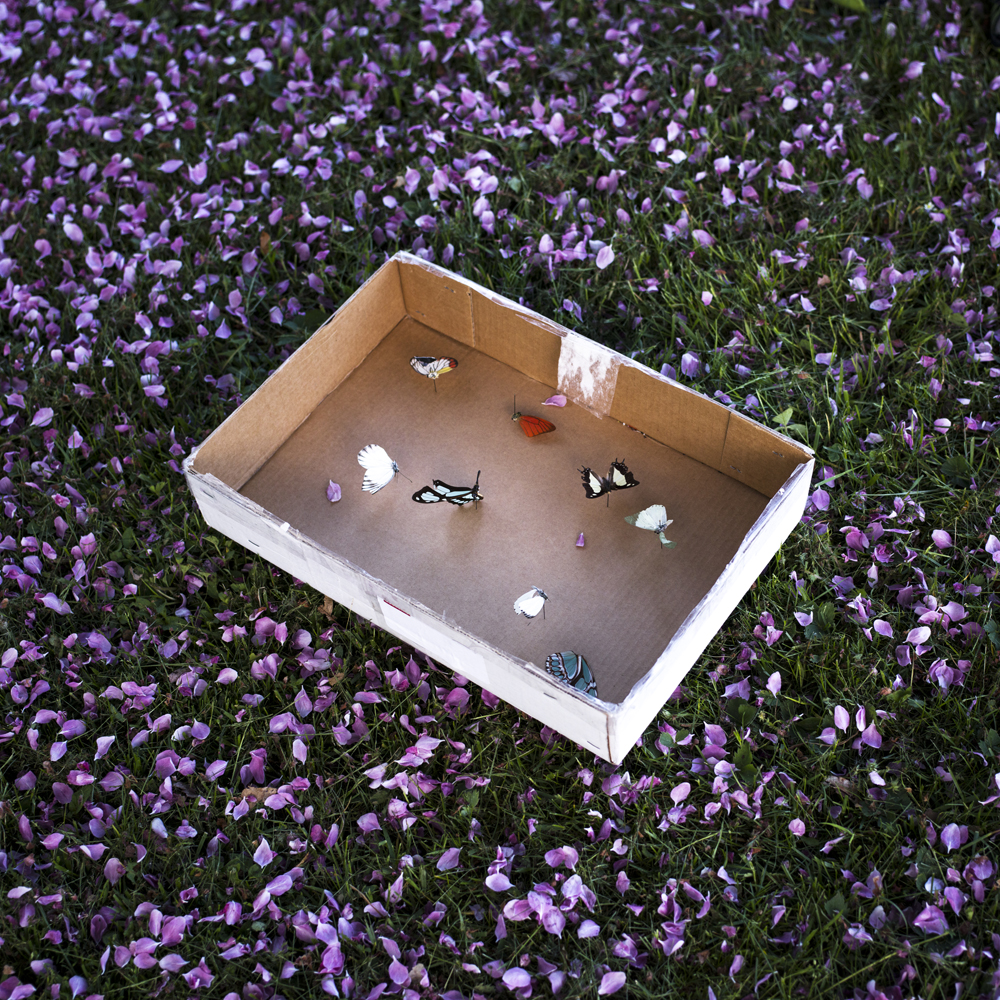 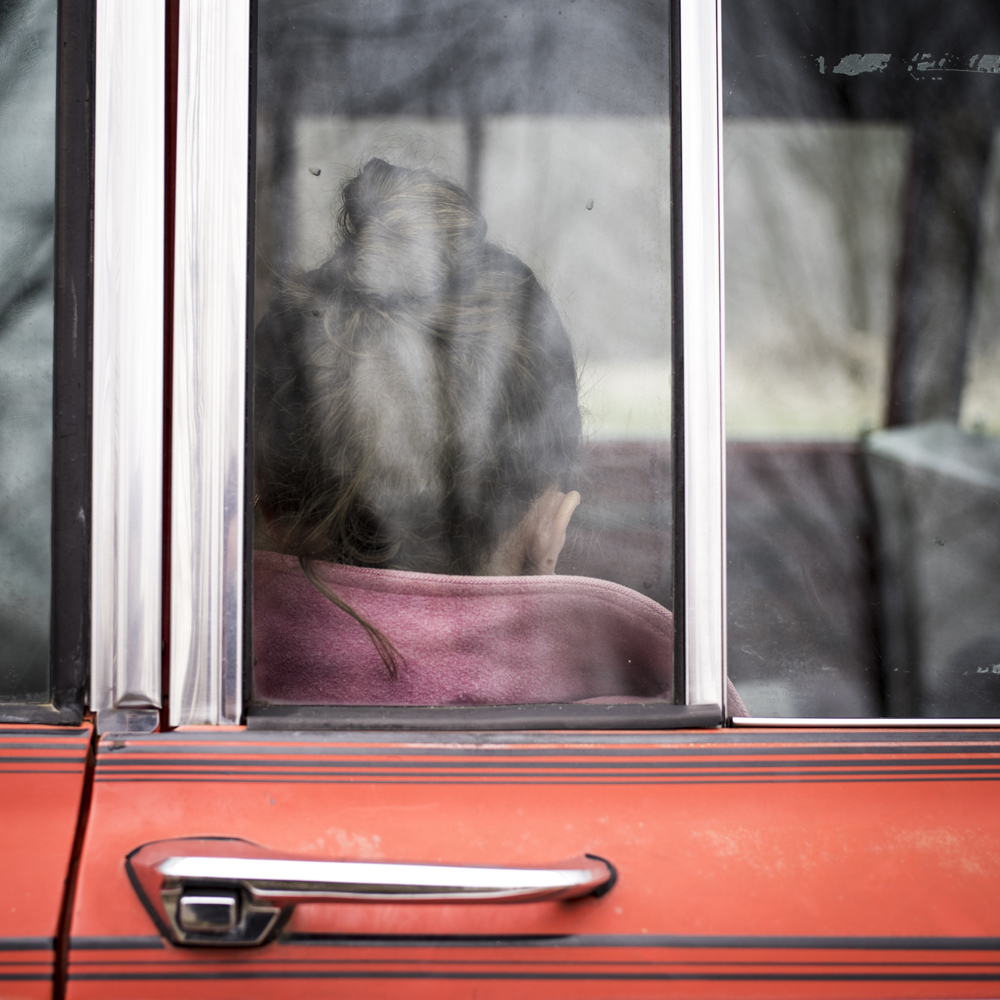