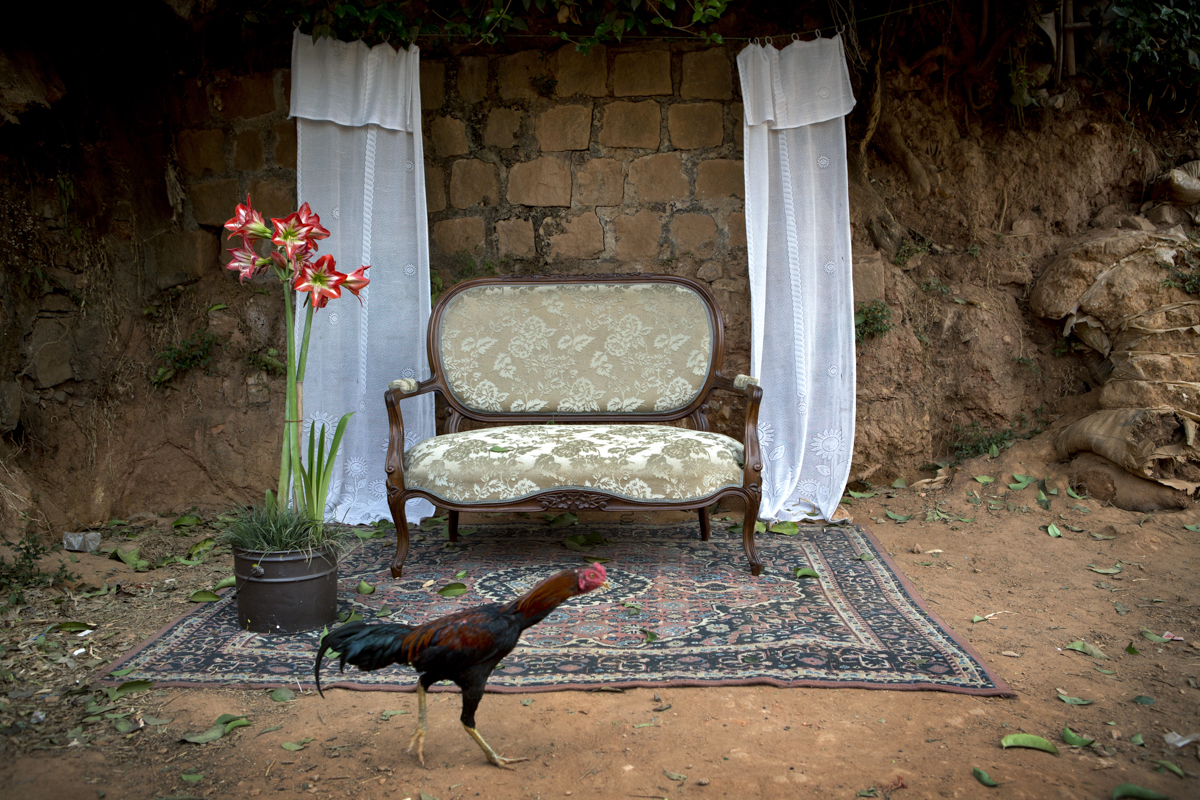 Alexia Webster’s Street Studio project began in 2011 and in the years since she has photographed thousands of sitters across the African continent and beyond. Though the project represents a departure from her personal and professional work, the series aligns with a direction she sees her work heading in the future. “I’m interested in having work that’s a conversation between the me and the subject,” she says. Webster’s engagement project also reflects an impulse common to many South African photographers: to push the boundaries of the medium as a tool for transforming society. “Photography in South Africa,” Webster says, is always having a slightly different conversation than any other photographic space in the world. We grapple with things quite intensely — ideas of self and identity and place and politics and memory — and the photography does the same.

The inspiration for her project came from an encounter she had while on assignment for the United Nations Human Rights Council at the Kakuma refugee camp in Kenya. A man came up to her and asked if he would ever see the photographs and she said, “ I had to be honest and tell him that no, he’s probably never going to see them.” He got really angry, she says, and rightly so. The man told her “I’ve had my photograph taken so many times and I have no pictures of myself or my family. I’m like sitting here and you guys are just coming in and out and I still have nothing.” He was right, Webster says, “there was this kind of parade of people coming in and photographing, and he was left with nothing for his own family album.

The incident stuck with Webster, whose own grandparents immigrated to South Africa from Greece in the 1930s. She has a photograph of them taken at a Johannesburg studio just after they arrived. “That’s the most valuable object that I have in my life–of all the photographs I have and I’ve taken that one is the most precious to me.” So, she decided to put together an improvised portrait studio together outside her own studio in Cape Town. With the help of some friends she acquired a portable printer and some props. “We set it up and then there was a line for three days of people, just non-stop.” Families and individuals came from all over the neighborhood to have their picture taken. For Webster, the experience brought forward “all these lessons about the actual incredible value of photography. In this real personal, intimate sense — like what it means to have a photograph. What it means to be photographed and to have photographs of your loved ones. And you with your loved ones.”

Following the first Street Studio in Cape Town, Webster began to do them where ever she was working — in Africa and elsewhere across the world. In 2014 she organized one with local collaborators at Bulengo IDP refugee camp in Goma, Democratic Republic of Congo and photographed over 700 residents. Webster says that the studios become a kind of public and collaborative event. Once a studio is set-up outside an audience grows. “People come and they pose, and people will interact with the people who are posing. They’ll encourage them,” Webster says, I don’t direct anybody. I just create the space and the space kind of allows for these interactions.” Long-term Webster hopes to create a searchable internet database of the studio photographs. “I have this dream one day of an online archive where the future generations will be able to access the images of their grandparents, for example.” 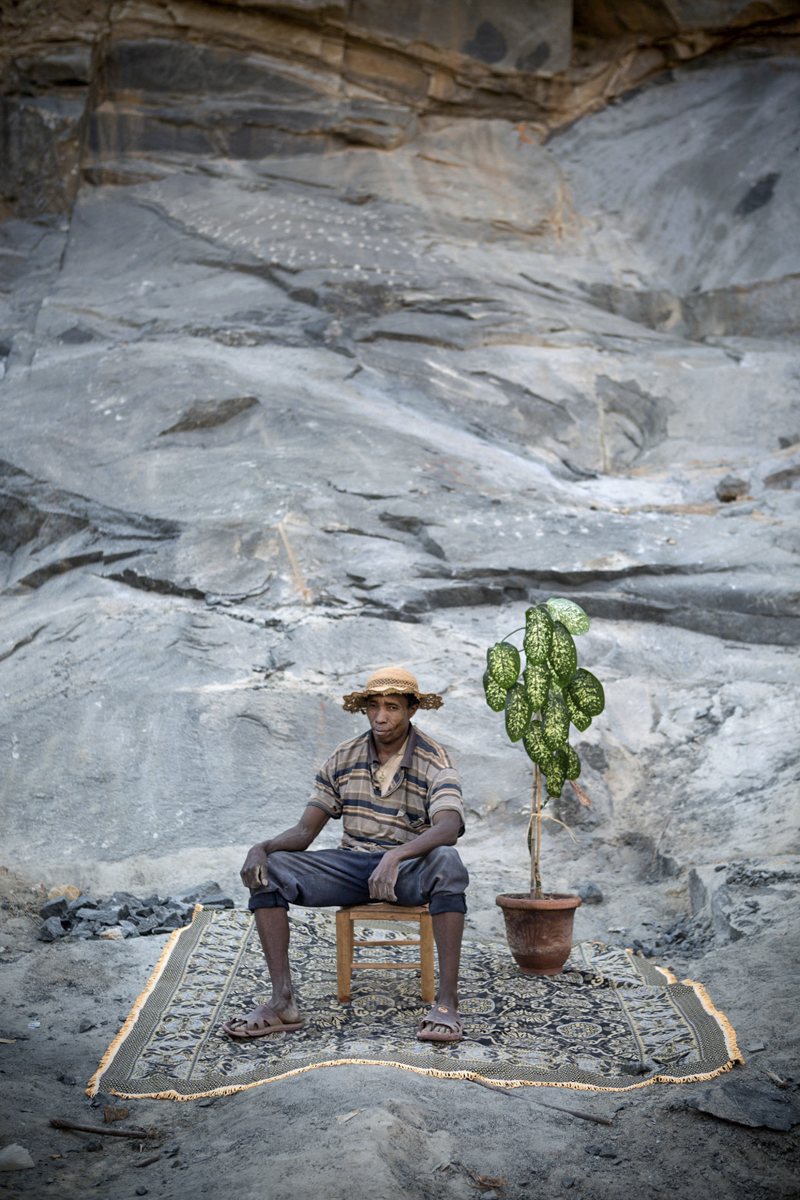 ©Alexia Webster, Jaspera Rahatavola, a worker at the Ambohitrombihavana granite rock quarry, outside of Antananarivo, Madagascar poses for his portrait at a temportary studio. From the on-going photographic project, ‘Street Studios’ which creates outdoor portrait studios on street corners and in public spaces, inviting passing families and individuals to pose and have their picture taken free of charge. The photograph is then printed on site with a portable photo printer so it can be taken home for the family album. So far the project has travelled around South Africa, the DR Congo and Madagascar.

Alexia Webster is a South African freelance photographer born in Johannesburg. She has traveled widely through the African continent as a documentary photographer. Her work has been published in numerous publications, including The New York Times, The Guardian, The Washington Post, The Financial Times Magazine, Wired Magazine, Wall Street Journal, The Observer Magazine, Le Monde, the San Francisco Chronicle, CNN, the Sunday Telegraph, The Age Australia, the Sydney Morning Herald, Marie Claire and Sonntags Zeitung Switzerland.

She has received numerous awards and fellowships, including the International Women’s Media Foundation Fellow Tijuana, Mexico, International Womens Media Foundation Fellow South Sudan in 2016, and the Artraker Award for Art in Conflict. She was awarded grants from the Prince Claus Fund and Ithuba Arts Fund. In 2007 she received the Frank Arisman Scholarship at the International Center of Photography in New York City where she completed the program in Documentary Photography and Photojournalism. Webster has also worked in the film industry as an editor, camera person and director of documentary films and music videos. 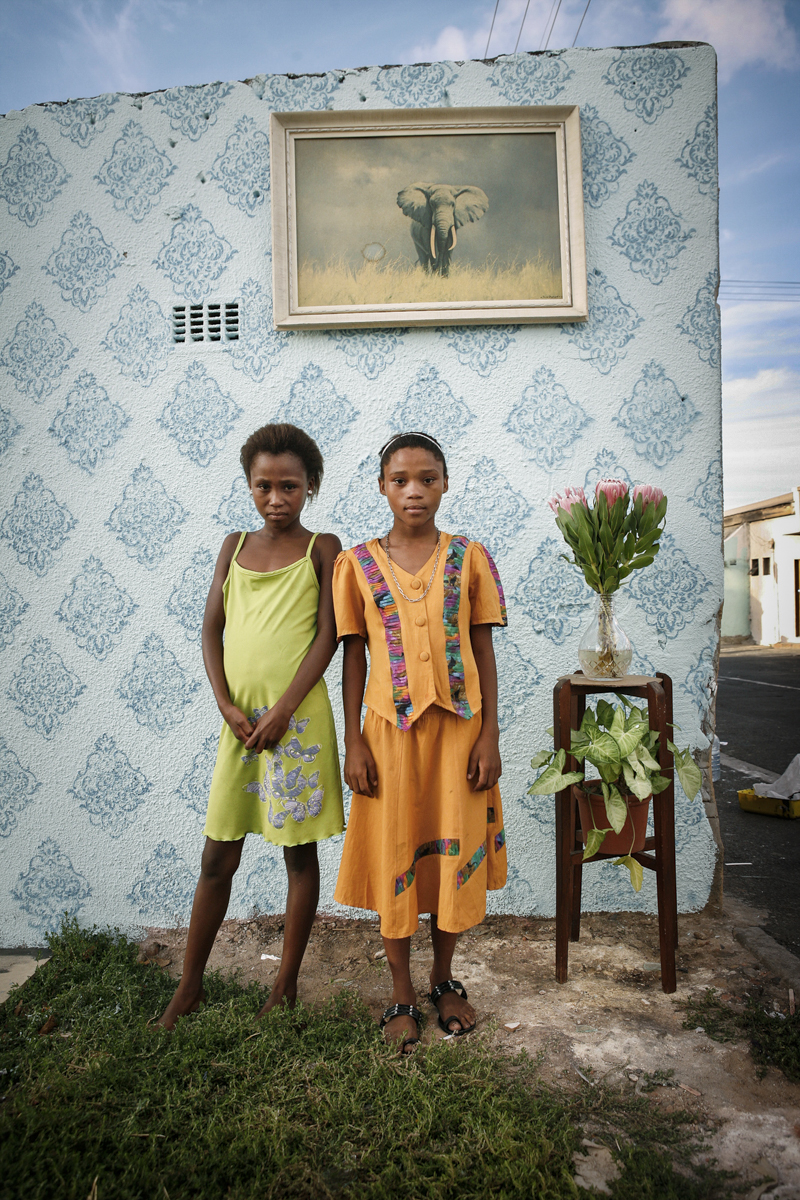 First created in March 2011, the Street Studio project has already set up free outdoor photographic studios on 15 street corners and public spaces around the world, in communities facing insecurity, poverty or upheaval.

The project builds outdoor photo studio sets and invites any passing families and individuals to pose for a portrait. The photos are then printed on site for free for the participant to take home with them for their family album.

Part public, part private, these street studio portraits blend the inside and outside world. From refugee camps in the DR Congo and South Sudan, and neighborhoods around South Africa to a working rock quarry in Madagascar and a few street corners in Mumbai, India, and Tijuana, Mexico, the studios, which are both communal and very intimate, are set up in spaces of uncertainty and transience with the understanding that a family photograph can help build a sense of identity and belonging. The Street Studio space becomes both a participatory art show as well as a communal gathering space where community members reconnect and share stories and experiences while they wait. – Alexia Webster 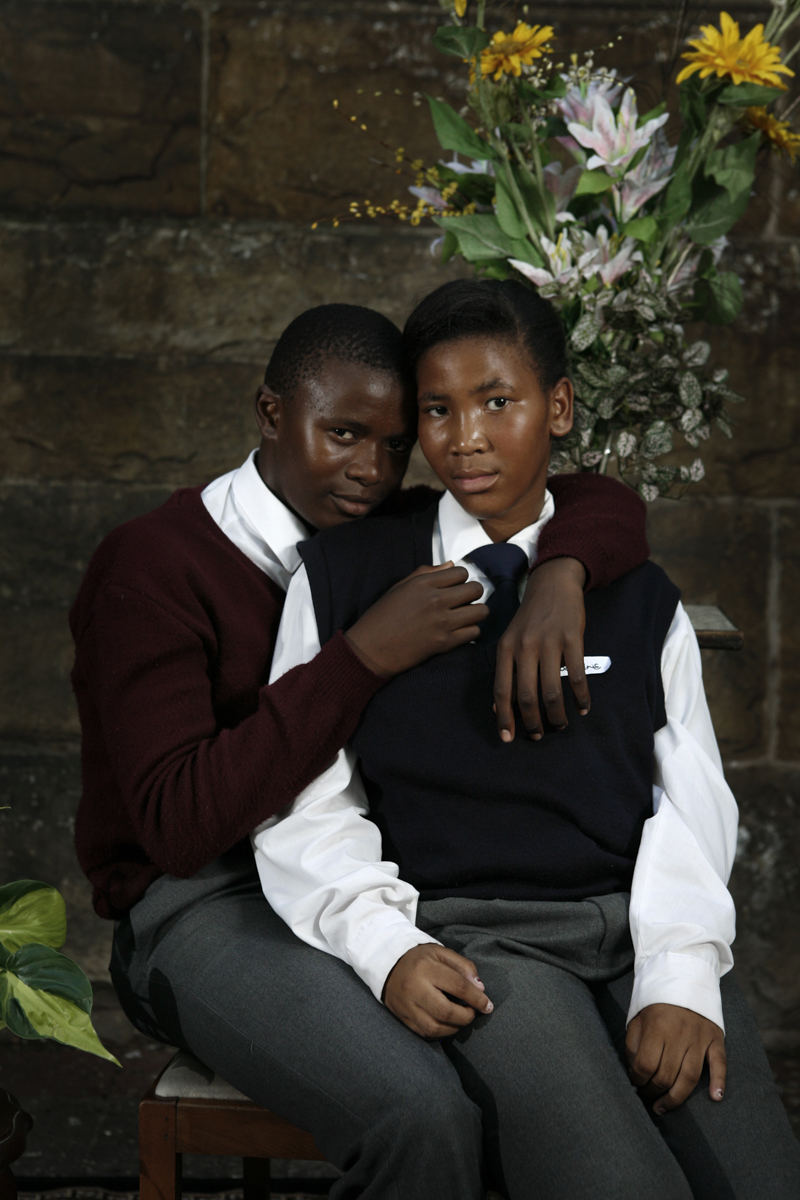 ©Alexia Webster, Ndumiso and Sibabalwe pose for their portrait outside St Georges Cathedral in Cape Town city center, February, 2013. The images in this series are from street studios that were set up on street corners around South Africa over the course of 3 years. We invited passing families, individuals and groups of friends to pose at the temporary outdoor studios. The photos were then printed on site for free for people to take home for their family album. 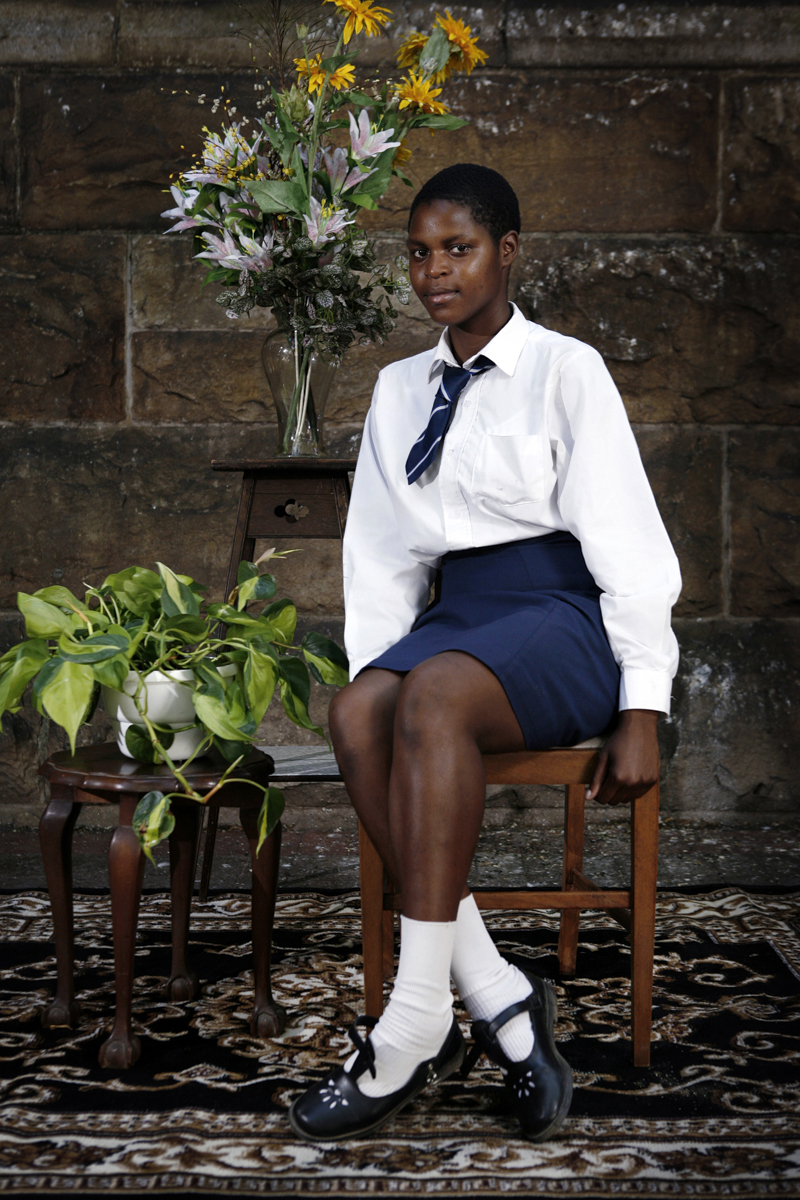 ©Alexia Webster, Tari Muchuchu poses for her portrait outside St Georges Cathedral in Cape Town City Center. The images in this series are from street studios that were set up on street corners around South Africa over the course of 3 years. We invited passing families, individuals and groups of friends to pose at the temporary outdoor studios. The photos were then printed on site for free for people to take home for their family album. 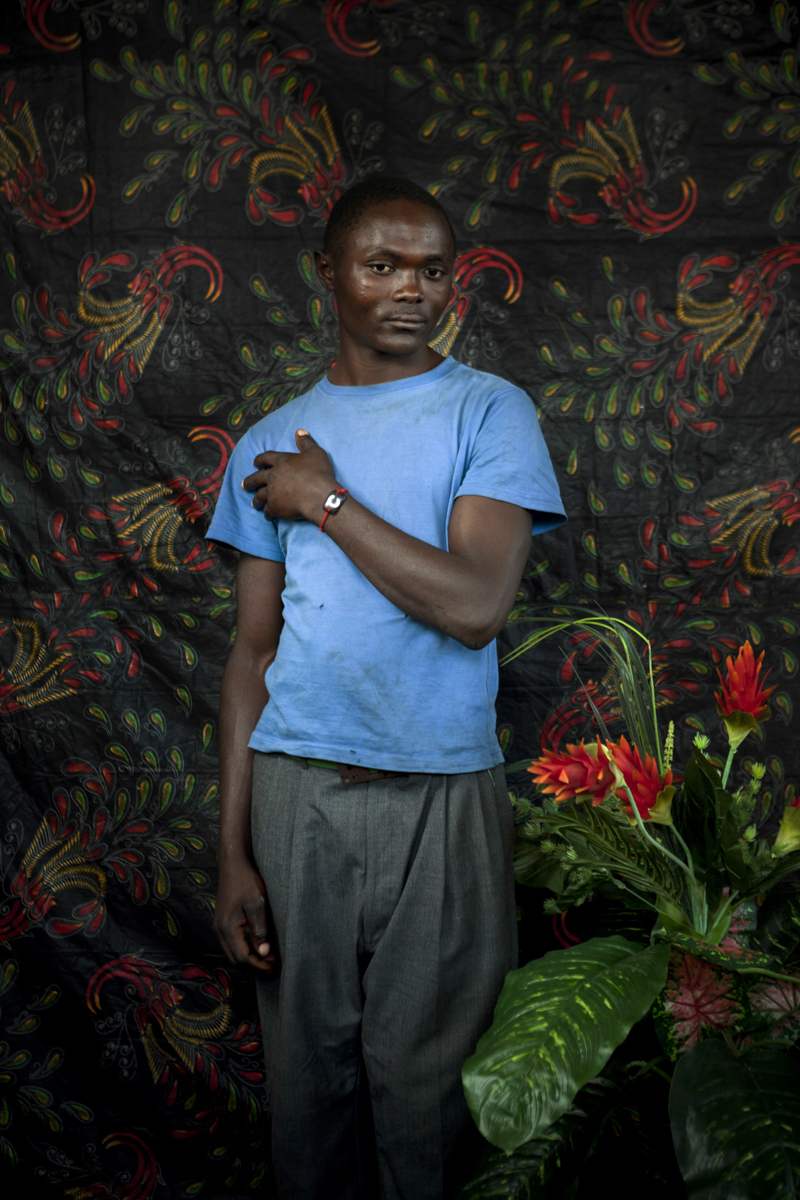 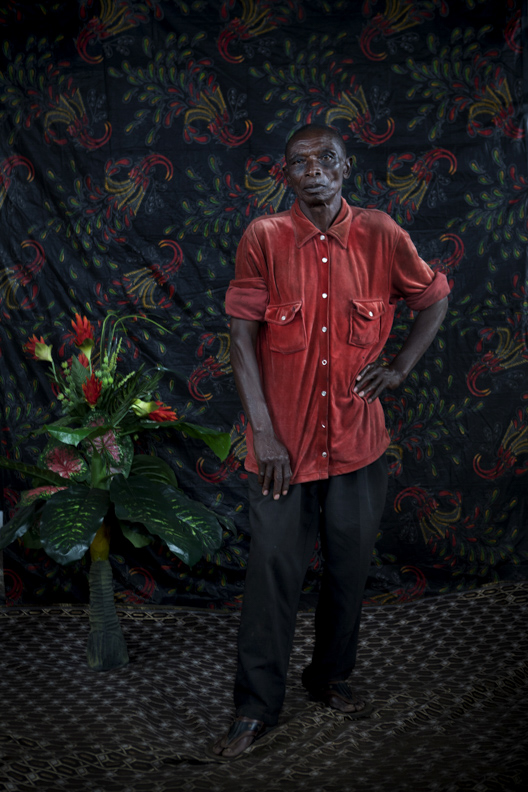 ©Alexia Webster, Bulengo IDP Camp- Goma, DR Congo Masthi Bigananga, 60 years old, is from Sake and has been in the camp for 1 year. 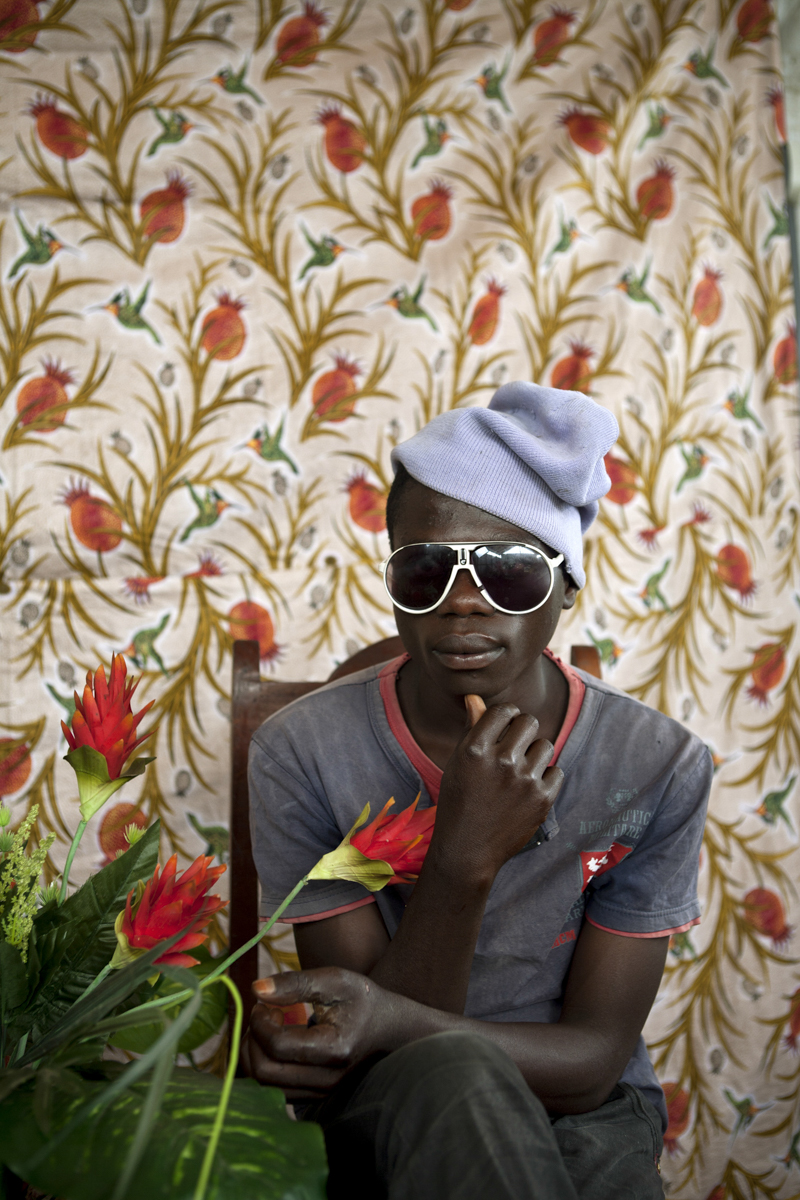 ©Alexia Webster, Bulengo IDP Camp- Goma, DR Congo Bariki Bahati, 19 years old, is from Masisi has been in the camp for 1 year. 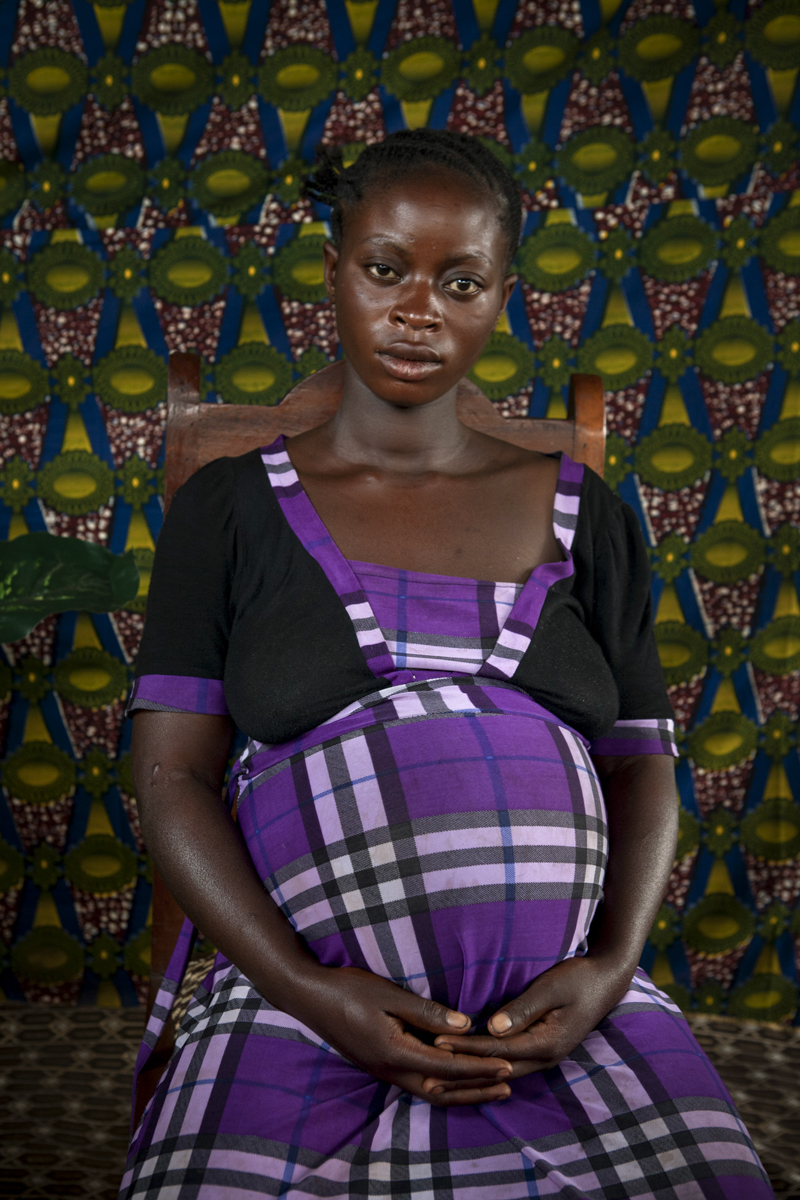 ©Alexia Webster, Bulengo IDP Camp- Goma, DR Congo Neema Bonke, 35 years old, from Masisi has 3 children and is seperated from their father so is raising them on her own. 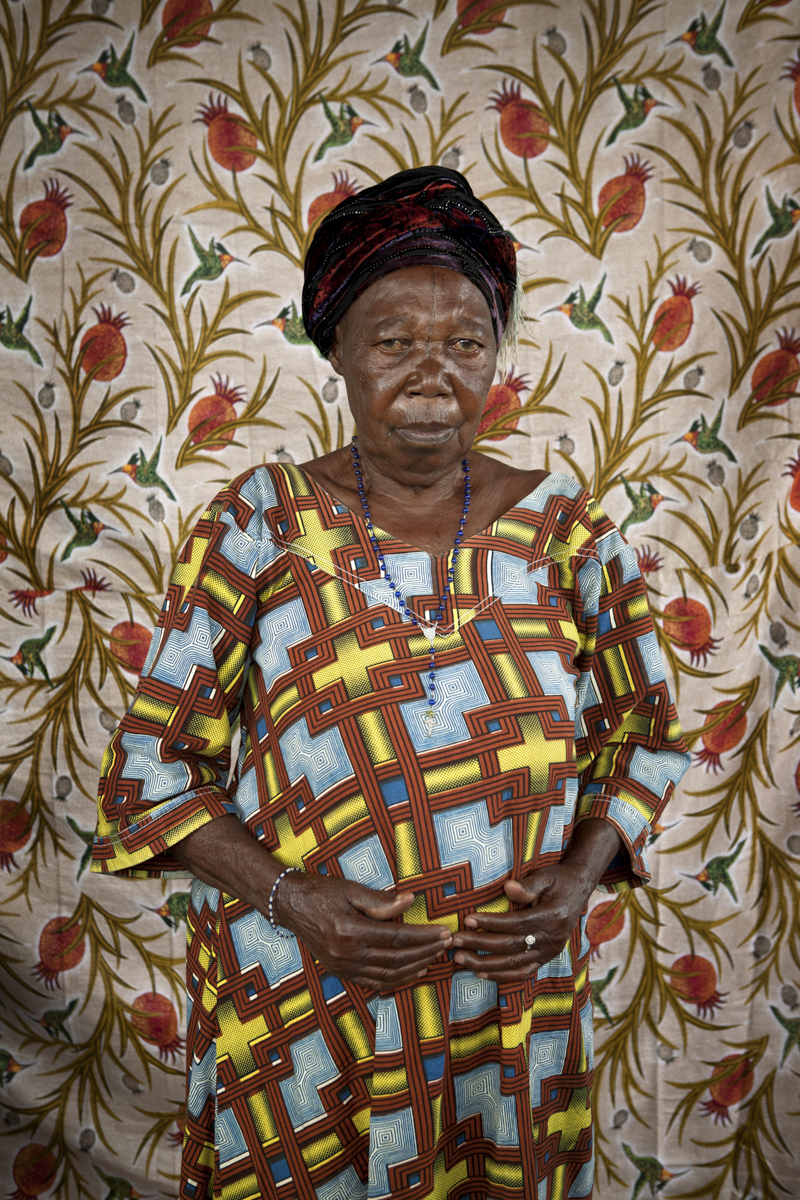 ©Alexia Webster, Bulengo IDP Camp- Goma, DR Congo Fazale Mwayambe is 85 years old. She came to the camp 1 year 2 months ago from Masisi where she owned a fabric shop. 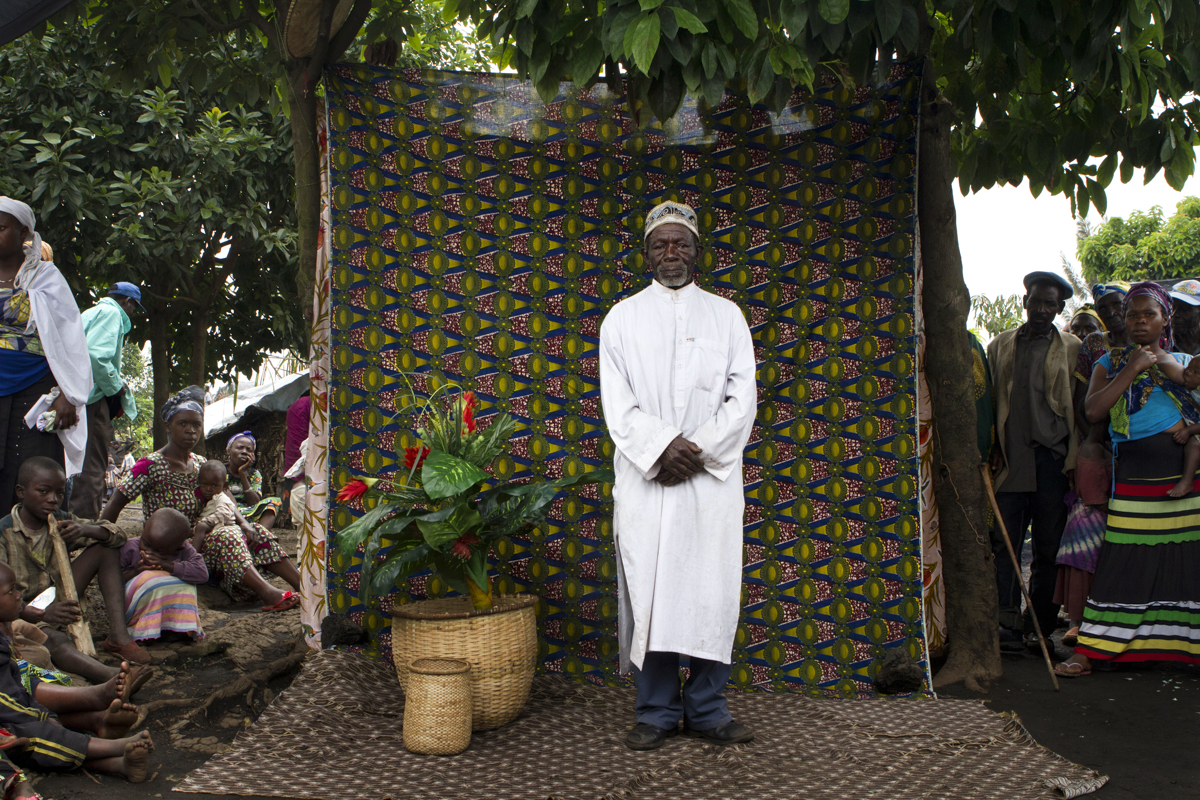 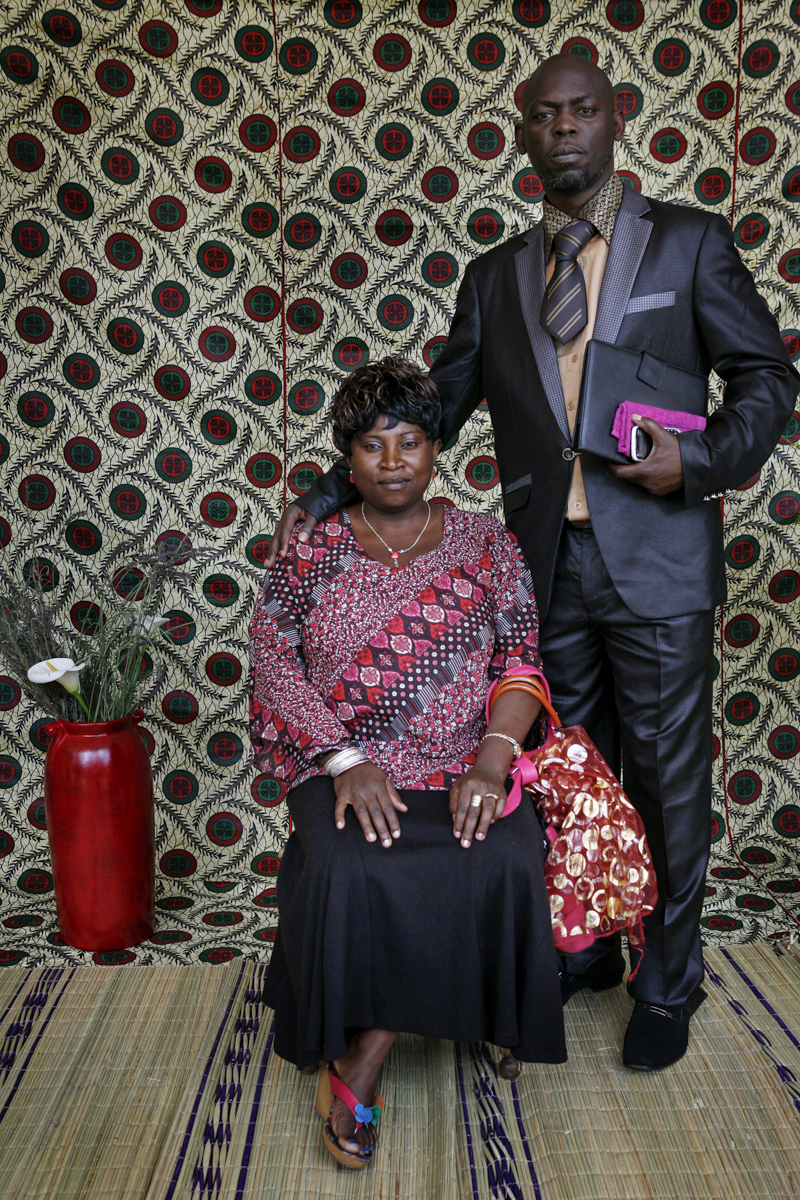 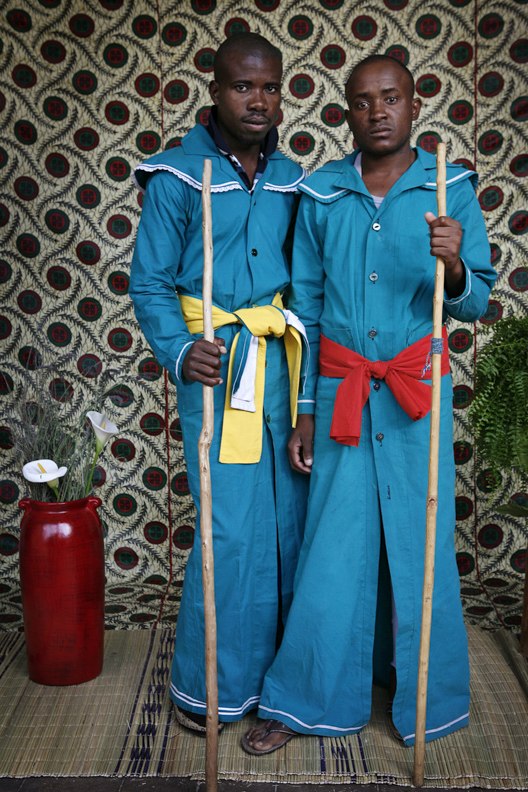 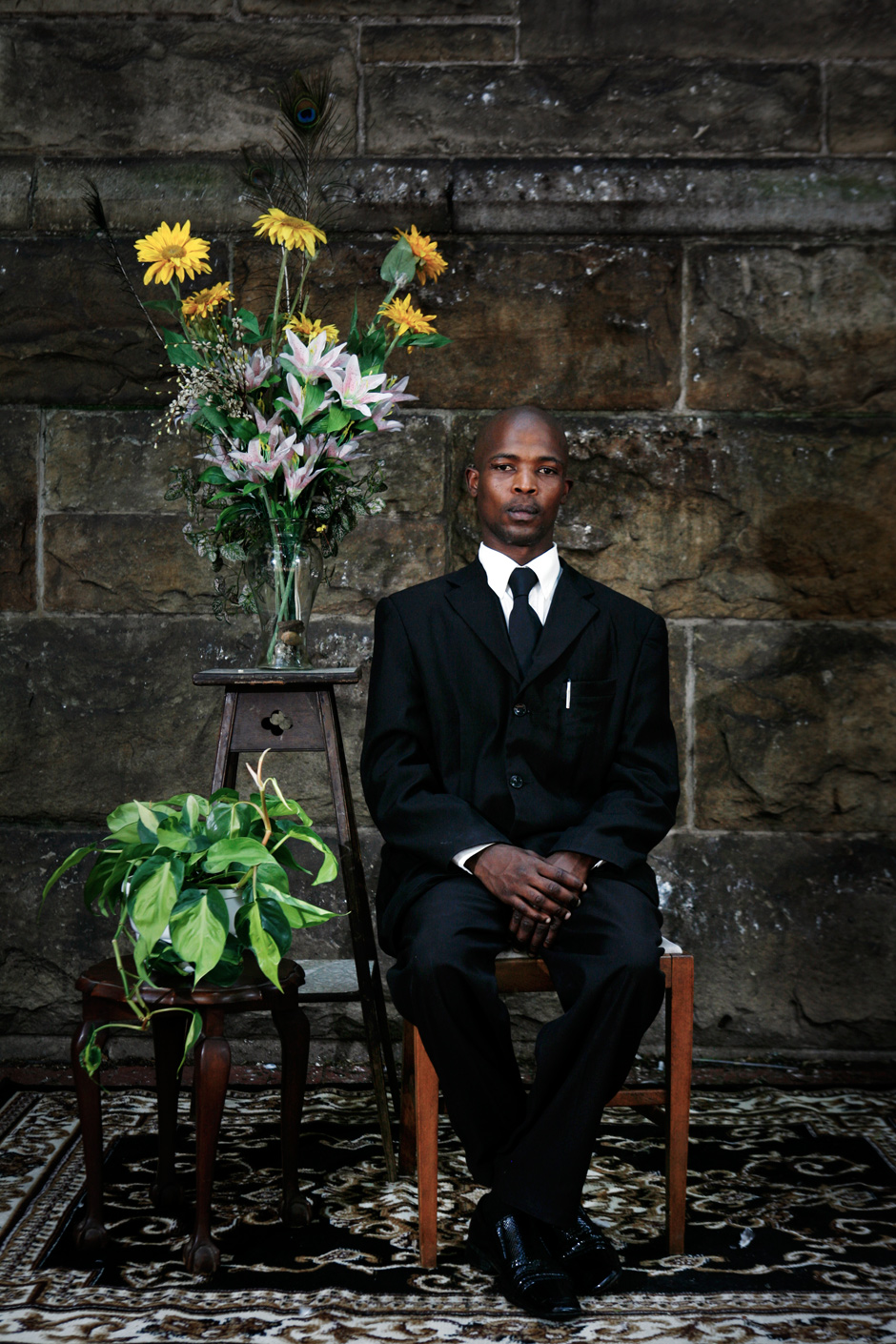