I love work about time, where people and places are rephotographed in a way that reveals the small and large details of the clock or calendar. I have been following Nancy Floyd’s amazing chronicling of her life for many years and share her work in my classes with regularity. So I was thrilled to hear that her work will new be a book, Weathering Time, and not just any book, but the winner of the inaugural ICP / GOST First Photo Book Award. Weathering Time can be purchased in the US: Photo-Eye Books, Santa Fe, NM or in the UK: GOST books, London.

Nancy Floyd has been photographing herself since 1982, with the aim of taking a photo a day. The resulting project, comprised of over 2500 images, is a meditation on the passage of time, loss and the aging female body. One of the qualities that I love about Nancy’s work is the honesty and lack of self-consciousness that she brings to her self portraits, often wearing the same article of clothing spanning through the decades. A particular favorite chronicling are the portraits of Nancy with her various canine and feline companions.

The uniform black and white self-portraits in this project record Floyd’s body from head to toe, as well as her environment and sometimes family and friends. If she fails to take a picture, she advances the film in her camera, so a blank image is recorded, creating a visual calendar. For the first thirty-six years, Floyd used a film camera and last year she began to shoot with digital. In the book, over 1200 images are presented in grid format. They are grouped into categories such as Mom, Dad, Shirts with Words, Good Hair, Pets (all), and Evolution of the Typewriter—charting both the constants and the changes in fashion, technology, society and culture, as well as the people in Floyd’s life.

‘It’s not just the body that changes: fashions and hairstyles evolve; pets come and go; typewriters, analog clocks, and telephones with cords disappear; and finally, film gives way to digital and the computer replaces the darkroom. While Weathering Time is a personal archive, and I am mining the archive to address issues of the female body, the family snapshot and loss, I am also interested in producing images that suggest some of the experiences of my generation. Indeed, the photographs underscore the cultural, technological, and physical changes that have occurred over the past thirty-eight years—from my youth to the dawn of my old age.’

The ICP / GOST First Photo Book Award aims to promote and support the work of previously unpublished photographers and artists through the production of a first photo book by the ICP / GOST imprint. The inaugural Award attracted nearly 300 entrants from forty-five countries. 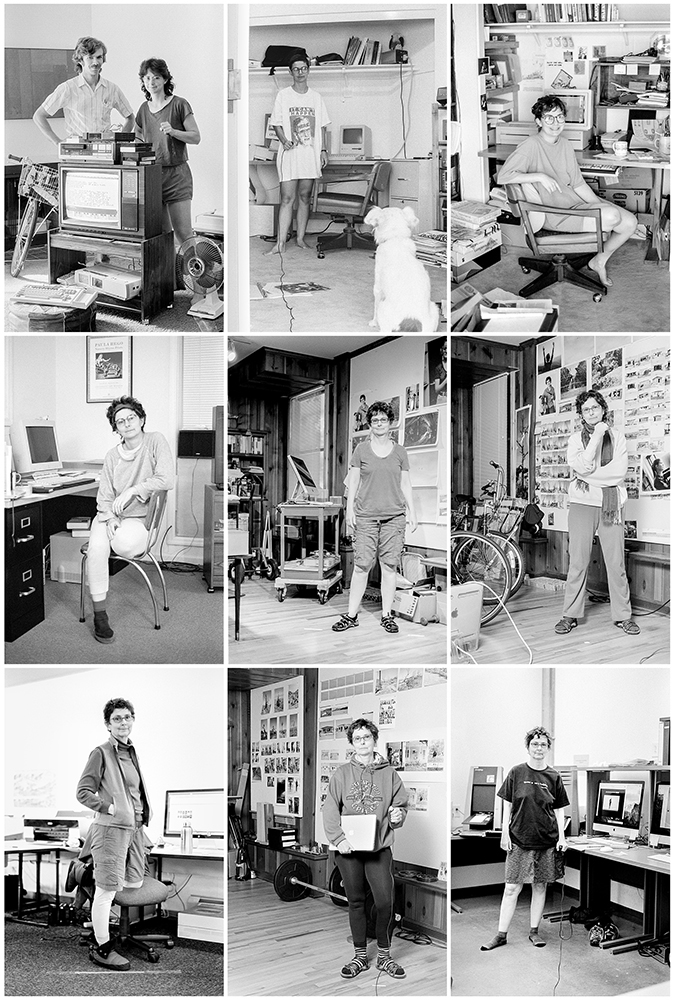 What started out as a simple question in 1982 became the impetus for Weathering Time: ‘What would it  be like to photograph myself every day and watch myself grow older?’ I was twenty-five years old at the time…

My methodology was simple: I chose a 50 mm lens aimed directly at me to keep distortion to a minimum; my body was shown from head to toe. For the first thirty-six years I used a film camera. If I failed to take a picture on a given day, I advanced the film one frame so no image was recorded. Each roll of film captured one month. There were many days, some months, and even three years when I did not take pictures. The missed days were mostly because I forgot. In my 1984 journal I wrote that I did not photograph ‘the rest  of May’ because I was ‘burnt out.’

In 1991, 1992, and 1995 there are no self-portraits. I simply lost interest in the project. Thankfully, in January 1996 I realized the personal importance of my archive and started up again. While I still miss days, weeks, and an occasional month, I plan to continue the self-portraits as long as I am able.

For a while I saw my pictures as simply daily documents of what I looked like, but my process evolved over the years.

In 2006 I began using a point-and- shoot digital camera when I travelled or went backpacking for extended periods of time. In 2019 I moved away from film and now shoot exclusively with a digital camera. Beginning in 2012 and continuing today, I occasionally reenact a particular image in the archive to contrast the changes over time. ‘Jimmy’s robe’ is an example of this. Finally, I am adding old family photographs  from my parents’ archive.

The resulting visual calendar now consists of more than 2,500 photographs. Most often I’m by myself in these images, but sometimes I’m with family and friends. As time passes, births, deaths, celebrations, and bad days happen. Pets come and go, fashions and hairstyles evolve, typewriters, analogue clocks, and telephones with cords disappear;  film gives way to digital and the computer replaces the darkroom.

While Weathering Time chronicles my youth to the dawn of my old age, the images also reflect the experiences of my generation and underscore the cultural, technological, and physical changes that have occurred over the past thirty-nine years. 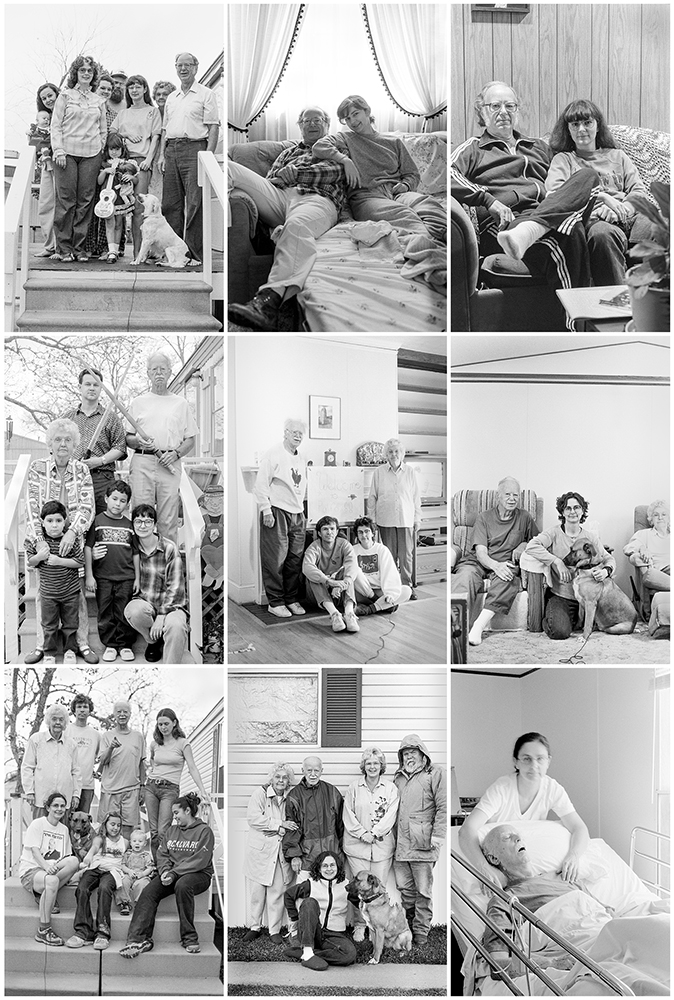 Temple University Press published her first book, She’s Got a Gun, in 2008. Her 39+ year self-portrait series, Weathering Time, will be published by GOST Books in January 2021.

Floyd holds a BFA from the University of Texas at Austin, an MA from Columbia College Chicago, and an MFA from the California Institute of the Arts.  She is Emerita Professor in the Ernest G. Welch School of Art and Design at Georgia State University in Atlanta and lives in Bend, Oregon.  IG @nancyfloydartist 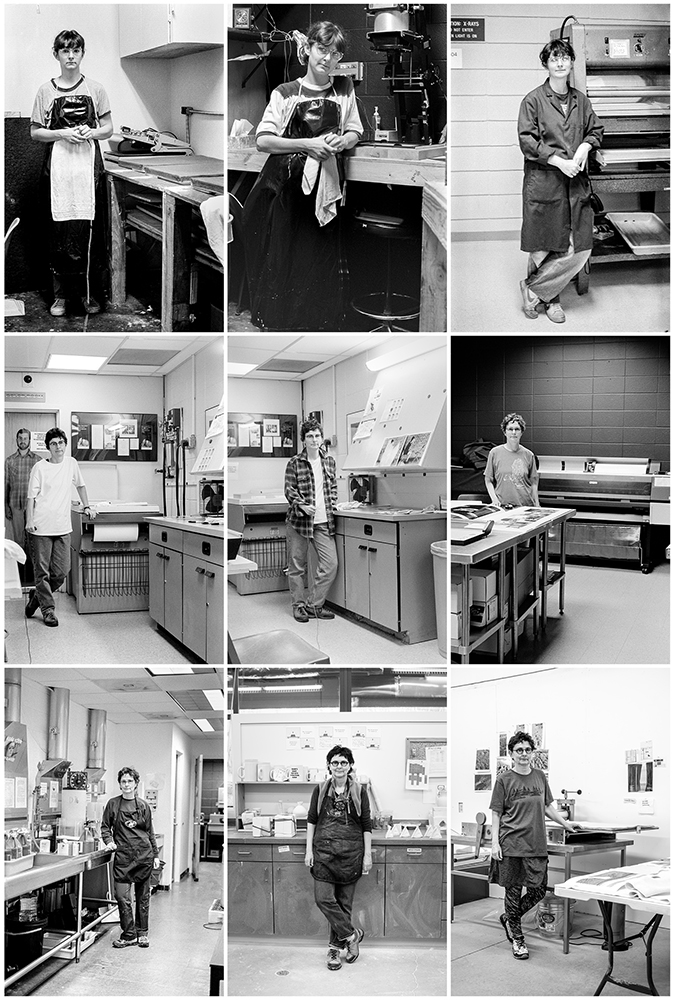 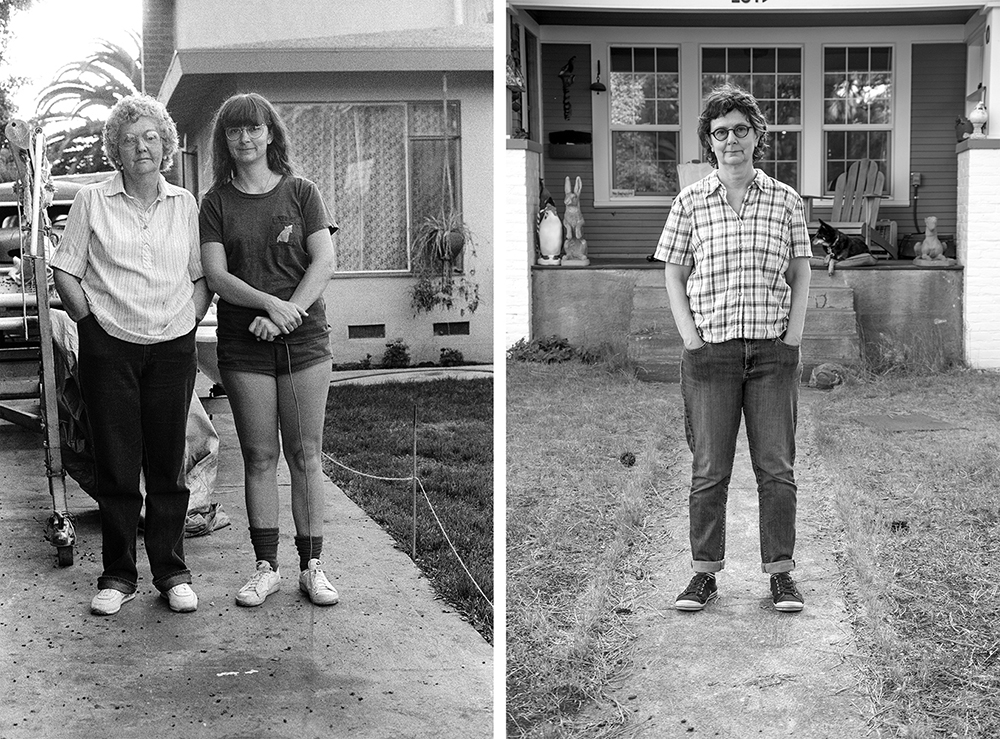 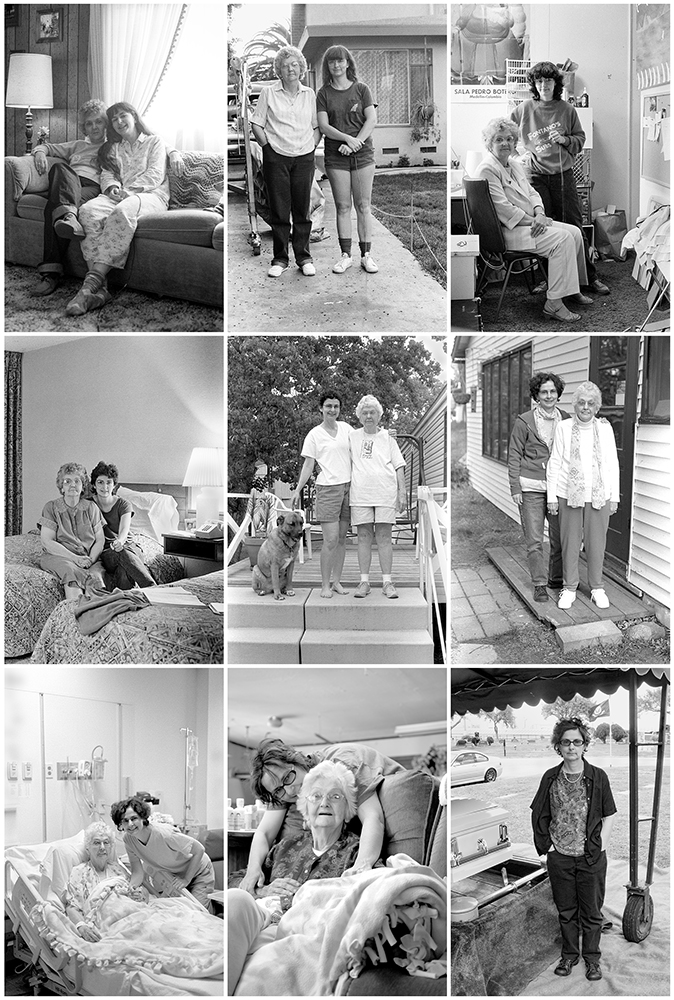 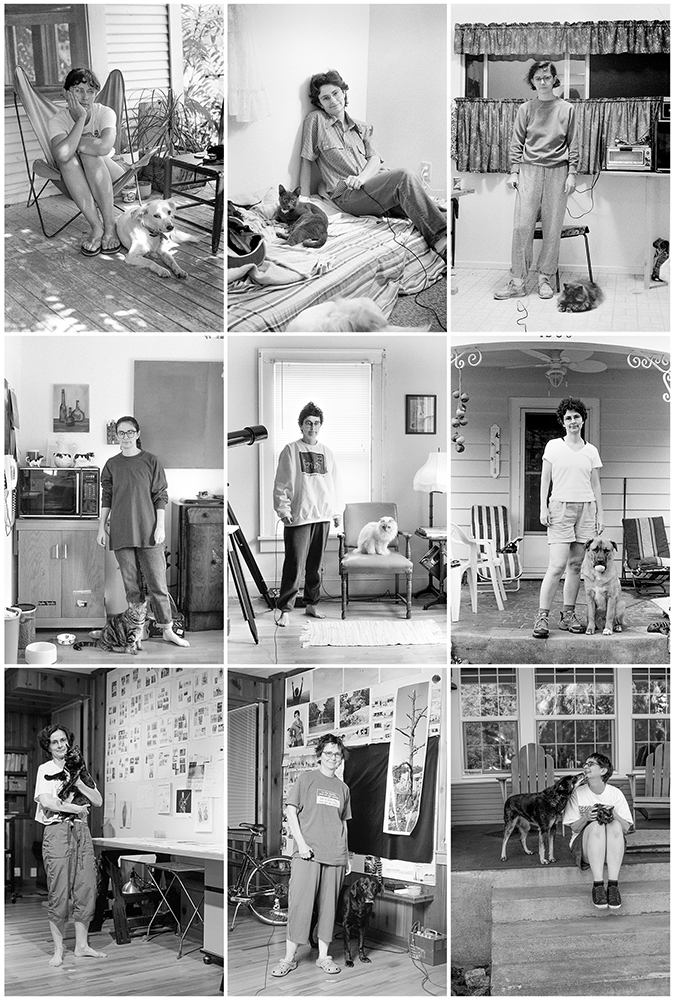 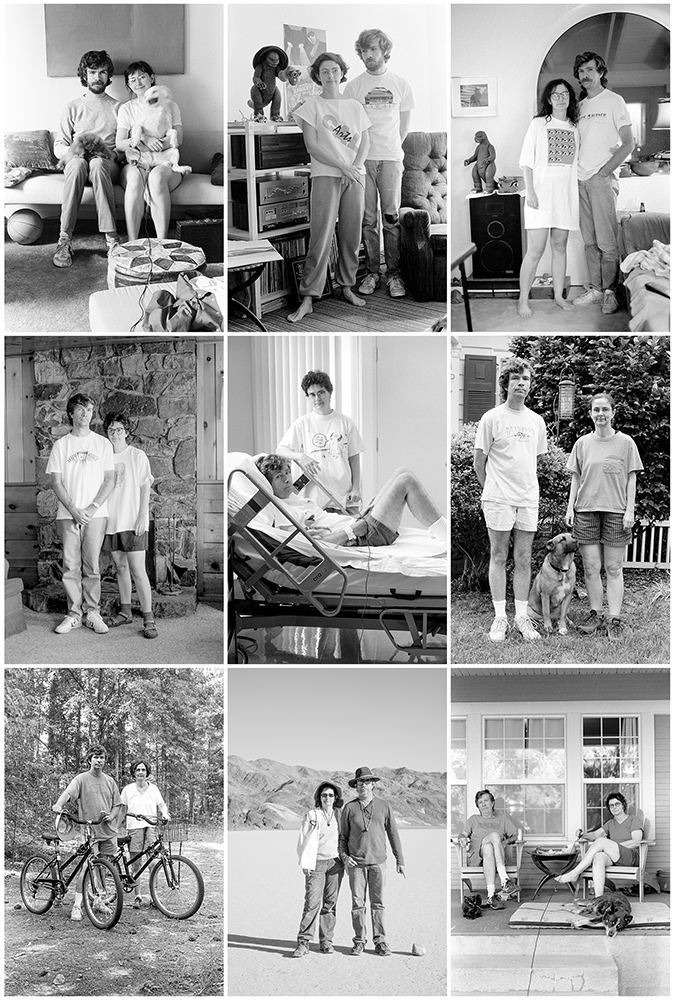 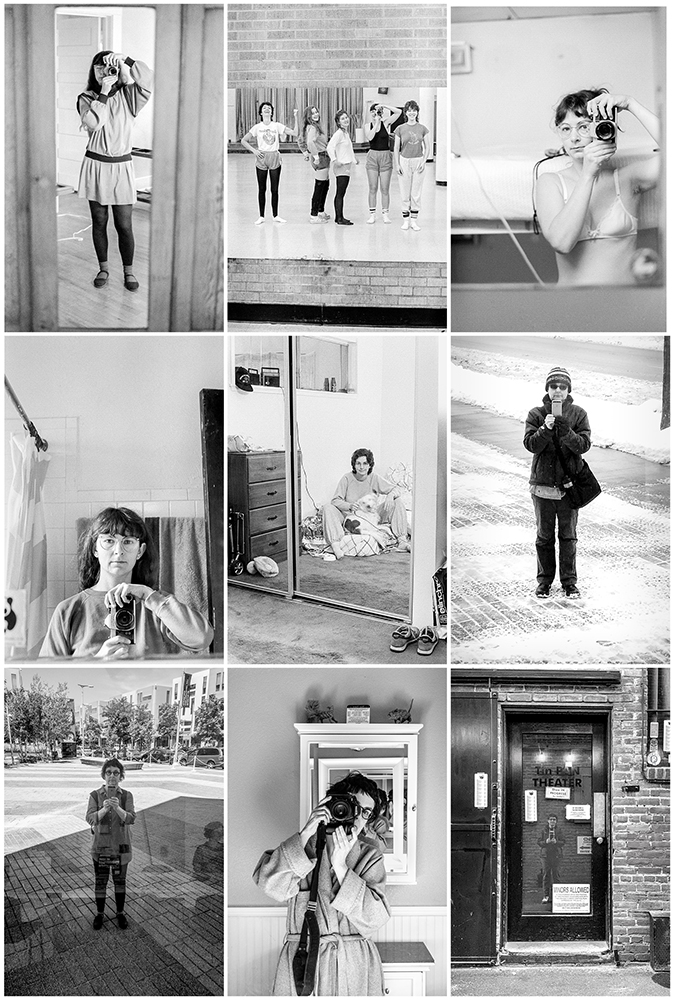 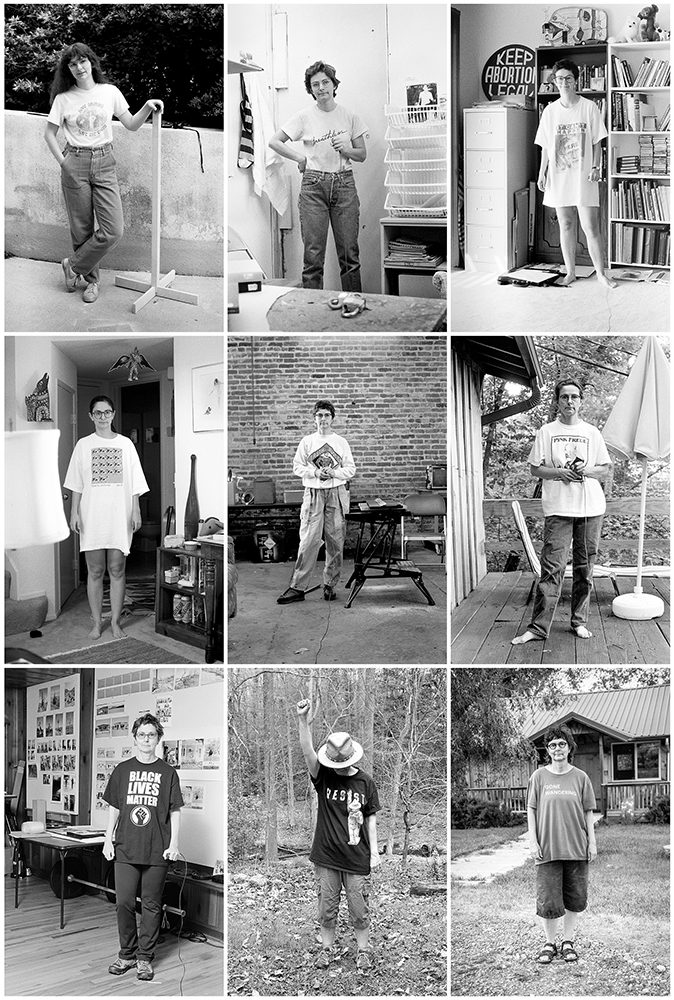 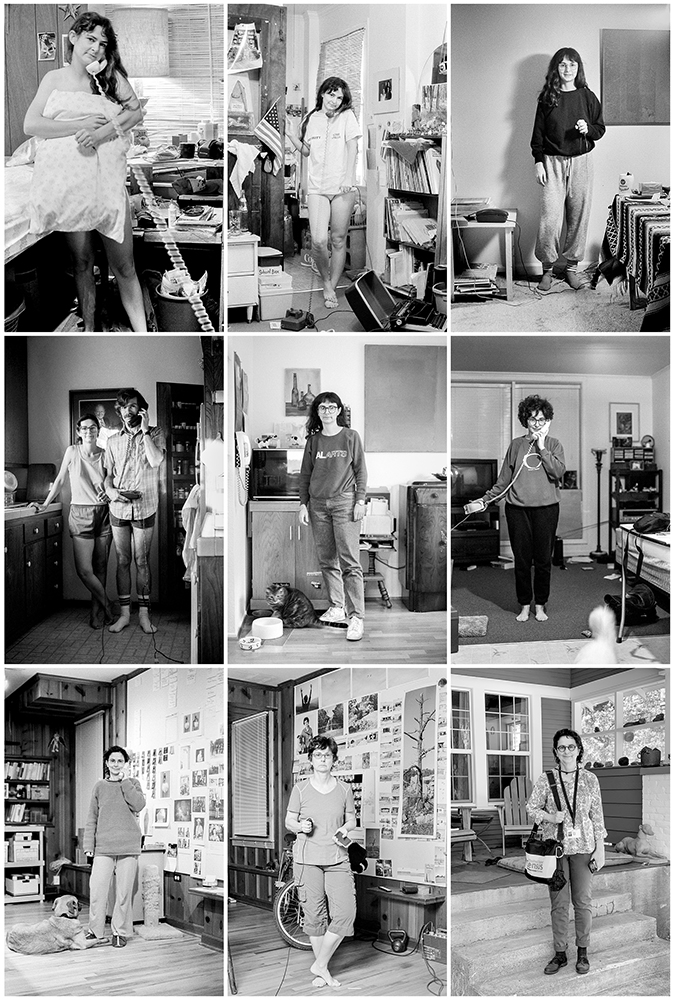 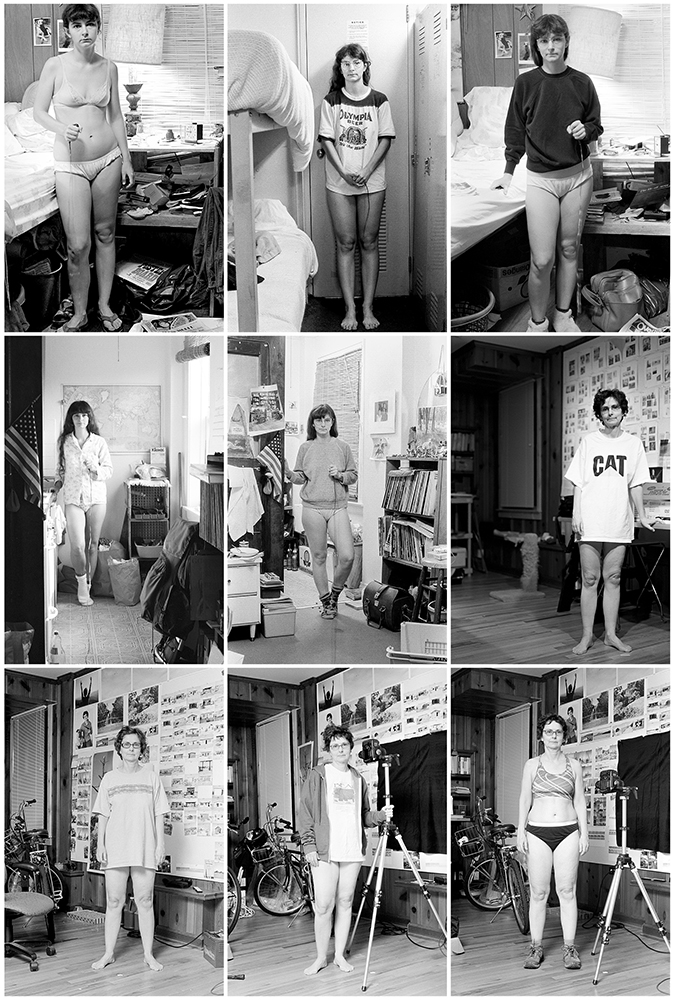 NEXT | Wendel White: Storytellers >
< Bil Zelman: Here We Are, Stories from the Sixth Extinction | PREV