Sebastian Liste was born in Spain, raised in Barcelona and is now based in Brazil. He received a Bachelors degree in Sociology at the UNED, and a Masters in the Arts in Photojournalism at the Autonomous University of Barcelona. In 2010, Sebastian won the Ian Parry Scholarship for his long term project “Urban Quilombo” about the extreme living conditions that dozens of families face who have set up home in an abandoned chocolate factory in Salvador de Bahia, Brazil. At the same time he was given a place on the Emerging Talent page of the Reportage by Getty Images, and since then became a Featured Contributor in Reportage by Getty Images in October 2011.

Urban Quilombo: This project is a testimony of a place that no longer exists.

Eight years ago sixty families occupied the “Galpao da Araujo Barreto”, an abandoned chocolate factory in Salvador de Bahia, Brazil. Prior to establishing in this place, these families lived throughout the dangerous streets of the city. They came together to seize this deserted factory, which lay in ruins, and they transformed it into a home. 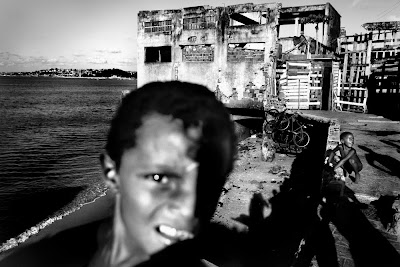 Since 2009, I have been documenting Barreto. This vast sub culture within the greater city became one extended family. They created a microcosm in which the problems of drugs, prostitution and violence tackled with the support of the community. Barreto was a place where the exchange of ideas, goods and services created a bond of identity that allowed the survival of its members in a society that marginalizes them. Thus, community life is a form of struggle and resistance. Resistance to a society that considered they as a dysfunctional organ. I came to Barreto to explore how communities formed within fragmented societies as a mechanism of survival. During the years, I have witnessed almost everything that one can live: love, despair, betrayal, lust, passion, unity, friendships, empathy, conflicts, forgiveness and a sense of family. 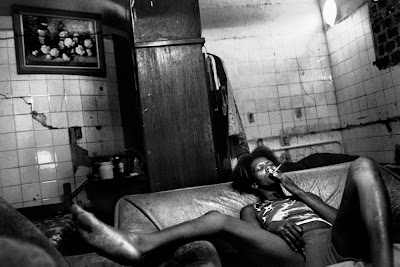 In March 2011 the government evicted these families from the factory, as one of the many attempts to clean up the visible poverty of the center of Brazilian cities. This is mainly due to the upcoming international events to be held in Brazil in the next years, like the 2014 World Cup and the 2016 Olympic Games. By the time, these families relocated, there were around 130 families living in Barreto, an area approximately the size of a football field.

This community was a metaphor for a place where the tragic decomposition of human life combines perfectly with the magic realism of Latin America.