Los Angeles photographer, Simone Lueck, has several bodies of interesting work, including the two featured on today’s post, Cuban TV Sets and Karaoke Bar. These series are connected by a continual light source, whether it be a flickering neon sign or a decades old television set, and it’s what that is reflected in this light that is so interesting. Instead of focusing on the karaoke singer, we get a real feel for the sticky, tacky, semblance of onstage glamour. And with Cuban TV Sets, Simone uses the glorified person in the box (note James Lipton) as a perfect juxtaposition to the impoverished environments. I’ve included a couple of images of Simone’s clever presentation for the Cuban series.

Images from Cuban TV Sets
“In Cuba, television is the most important communication medium and a national pastime. No matter
that the TV sets themselves are outdated, pre-revolution relics imported from America or sets from
Russia over fifteen years old; green-hued beasts jimmy-rigged with ancient computer parts and
fantastically adorned like religious altars.
In Cuba the government controls all media, including the three main newspapers as well as the two
television stations. They broadcast news reports, baseball, educational programs, soap operas, and
Hollywood movies. Whether used for information or as a background for socializing and drinking rum,
during broadcast hours, all TVs in Cuba are ON. I traveled to Cuba in the winter of 2000. During my
stay there, I visited several homes in Old Havana where these pictures were made.” 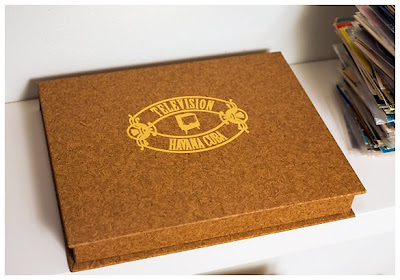 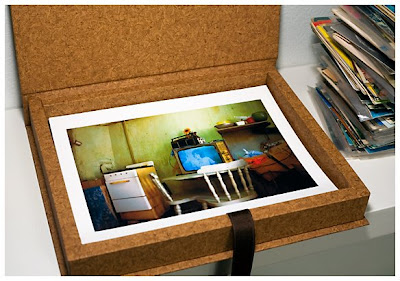 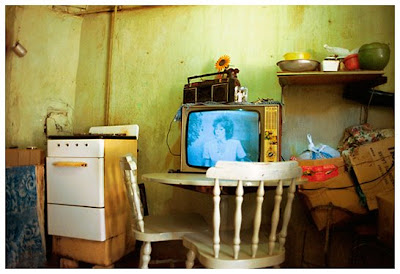 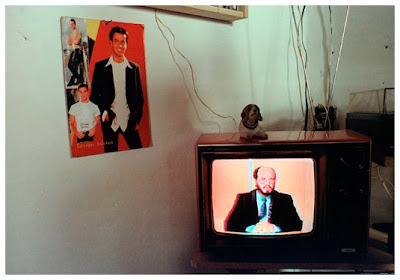 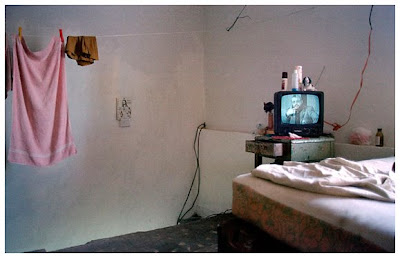 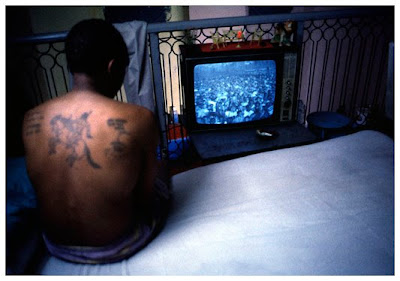 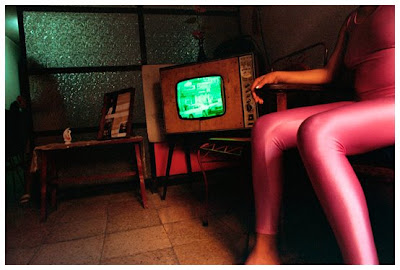 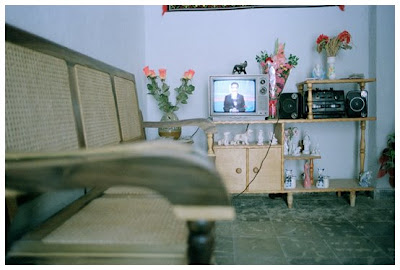 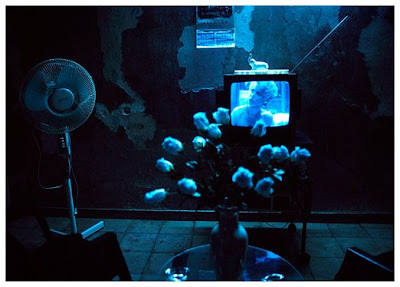 Images from Karaoke Bar
“In an attempt to address the fleeting nature of the performance, each picture’s exposure lasts the length of the pop song, usually between 2 and 4 minutes. As a result, the images look different from what one might experience first hand in the bar. The stage comes into focus, revealing the marks that time has left there, and the singer recedes into the background. The bar itself is now glowing and glamorous, and the singer transforms into a ghosted trace of himself. Choreography of the light,
camera and performance reveals the unexpected and an imaginary world appears. In real time, the bar itself is hard and real, and the singers performance is based in fantasy. In the images, this distinction becomes blurred, as the bar itself transforms. The juxtaposition between the fantasy of the performance and the reality of the bar is lost, and the entire show becomes a fantasy.” 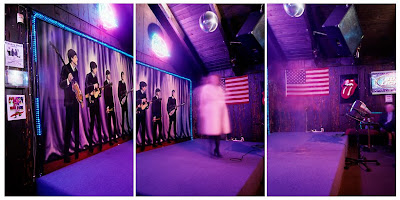 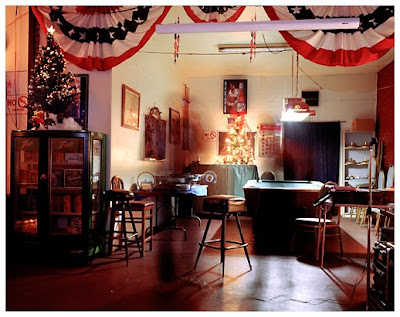 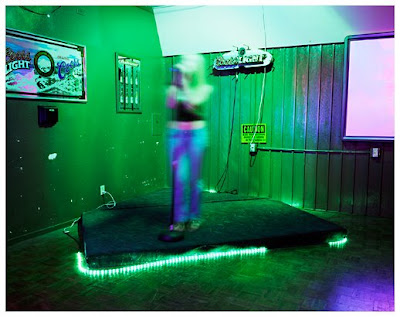 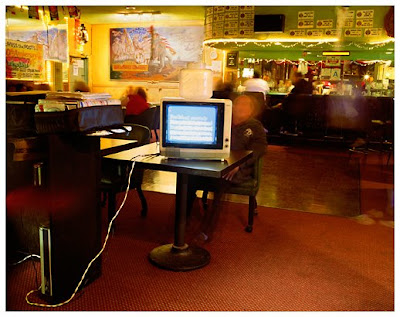 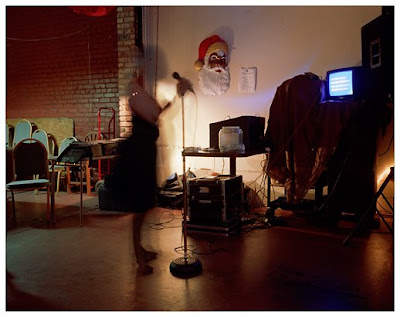 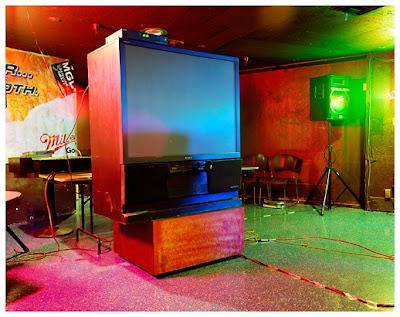 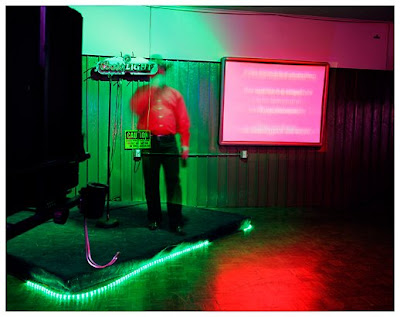