Paula McCartney has an new exhibition, Bird Watching, at the Klompching Gallery in Brooklyn which opened on March 4th and runs through April 23rd, 2010. Bird Watching is also a newly released book published by Princeton Architectural Press. The images are not all that they appear to be, as Paula explains below:

I have combined varied natural settings with carefully placed craft store songbirds to create an enhanced landscape. This work explores how nature and fabricated elements can combine to create a scene that questions what is natural, and whether being so holds any intrinsic importance.

For many years, I have explored the idea of constructed landscapes. Inspired by natural history illustrations and botany journals I have used the scientific practice of collecting specimens as a starting point for my book. The specimen labels, field notes and diagrams, along with the photographic recordings of my bird sightings mirror the personal natural journals that naturalists popular in Victorian times and onwards have compiled. 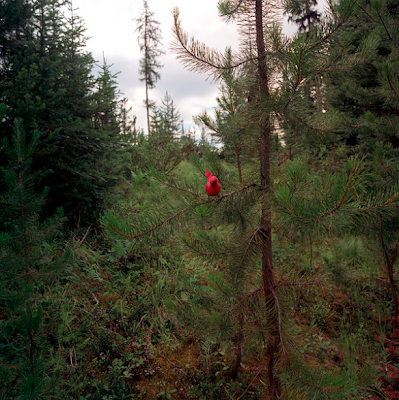 This project came about from long walks in the woods when I would stop to look at the birds, but was always frustrated by the fact that they would be too far away, or moving about too quickly. I was interested in photographing them, but they would never land in an appropriate composition. 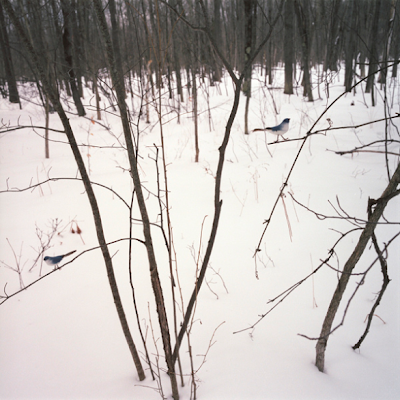 I decided to take control, buy my own birds, and create and photograph these idealized scenes that I fantasized about, where songbirds perched patiently on trees as I moved through the woods. By controlling the brightly colored bird’s position in the environment, I am creating a more idyllic scene than that which naturally exists, and creating a new environmental experience for the viewer and myself. 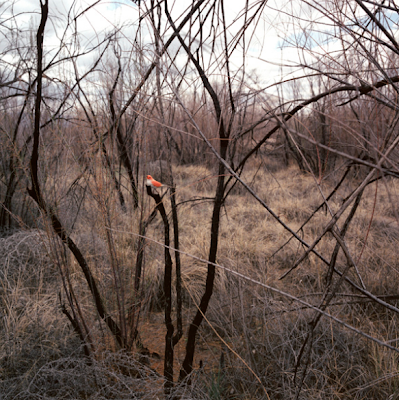 Rather than only recording what nature has to offer, I have taken control and adorned the trees with their longed for, but absent, tenants. 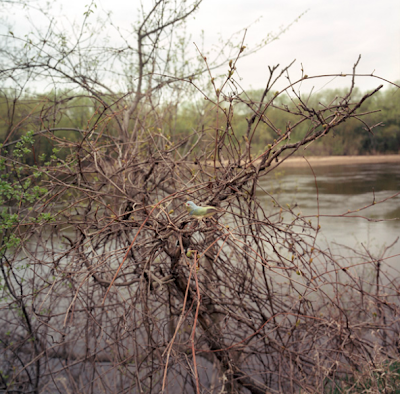 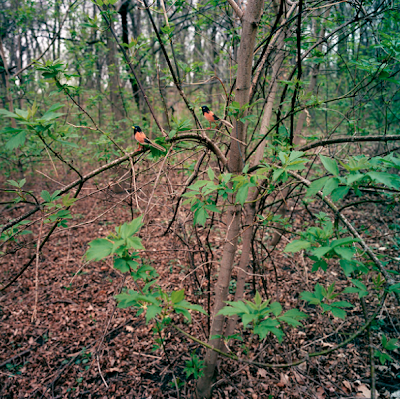 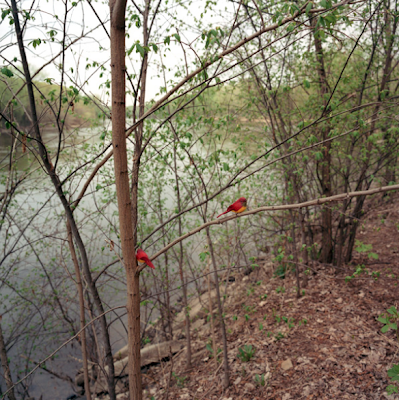 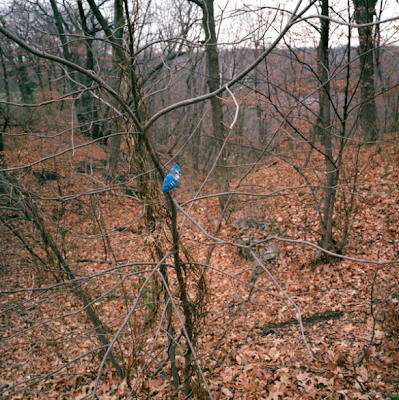 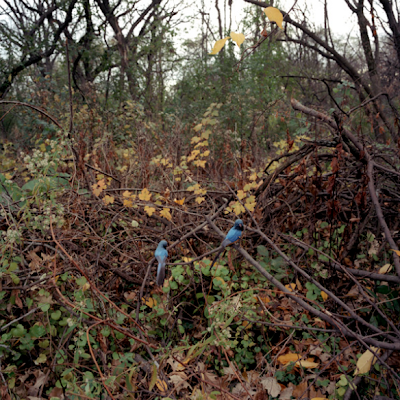 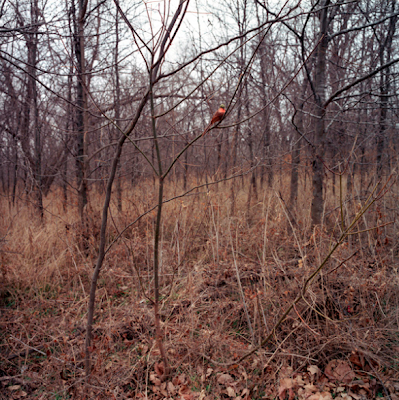 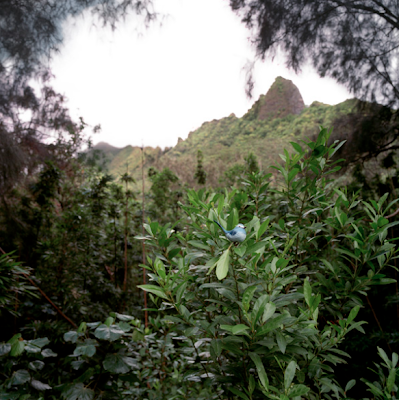 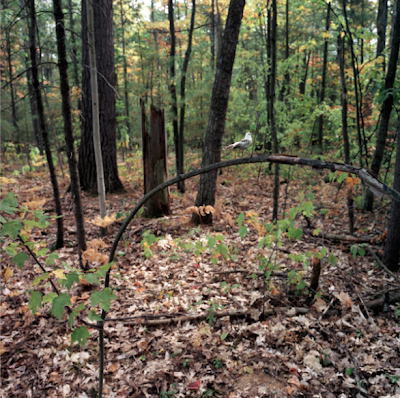 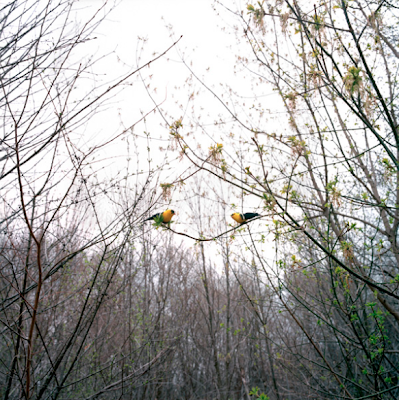 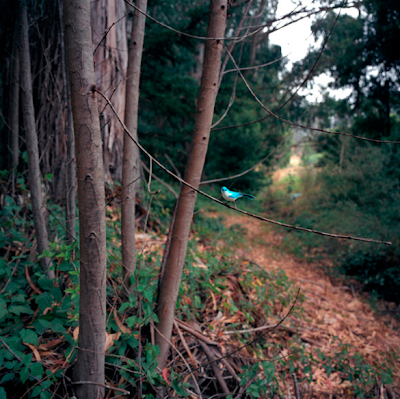