I particularly like photographers that think outside the box, and that means Steve Aishman is high on my list. How can you not like someone who has projects like Throwing Fast Food, Death and Candy, Silly Putty Rorschachs, and Portraits of Guys I like with Bill. Only someone who was born in Michigan, grew up all over the world, has an undergraduate degree from Princeton in Astrophysics, an MFA from Tufts in Studio Art, has been a photo Prof. at SCAD for 6 years and teaches at the SCAD campus in Hong Kong, can create a statement like this:

I strive to make work that reminds me of nothing.

I am interested in working with a new philosophy that does not rewards the view for making an association between what they are seeing and something they have seen before. Rather, with my work, I want to reward the viewer for seeing the world with new eyes.

Most people seem to hate my work.
So if you’re interested in this philosophy, please contact me and maybe we can put on an exhibition together.

Oh, and most importantly to Steve, is his awesome wife, Heidi Aishman, who is also an artist and a two year old son named Bill.

The two series featured below, Throwing Fast Food and Super Flowers are his take on Dutch Master Still life painting. He began the series by asking what images the Dutch Masters would have painted if they were alive today. So Jacob Gillig’s still life of fish from 1636 became his Fish-Fillet frozen still in mid-air, today. 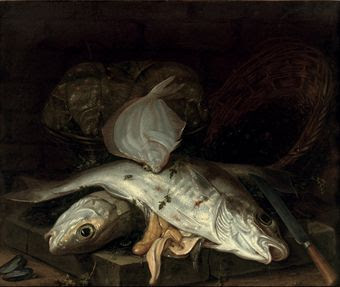 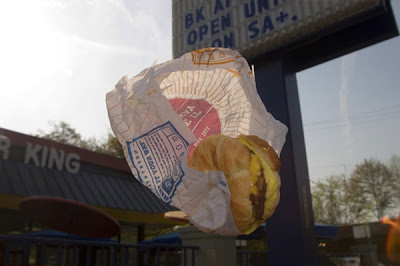 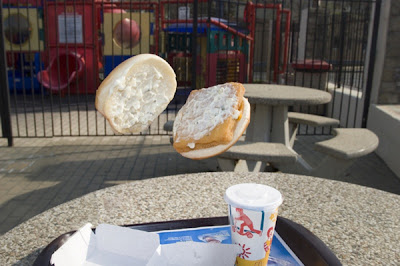 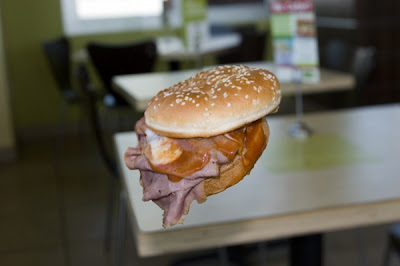 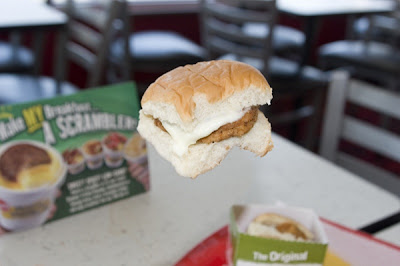 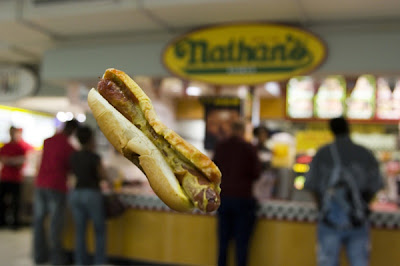 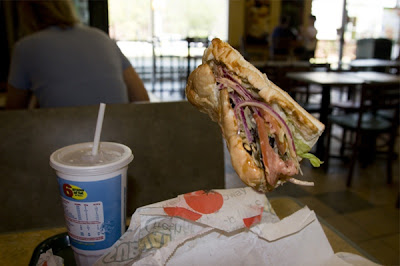 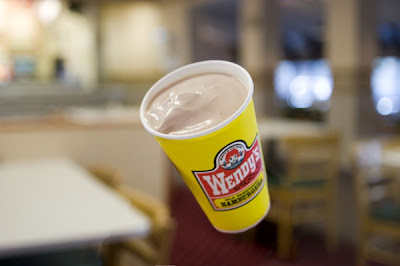 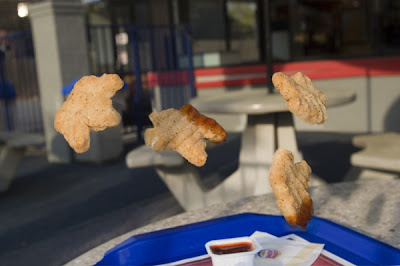 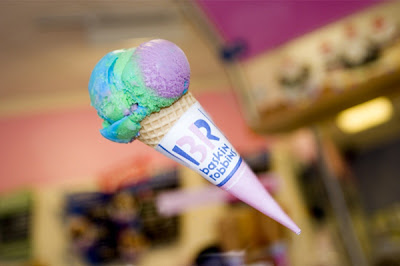 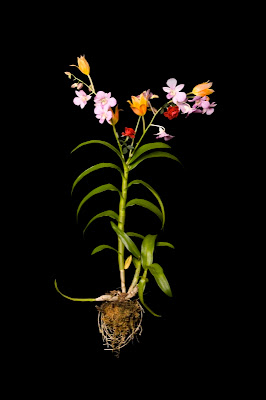 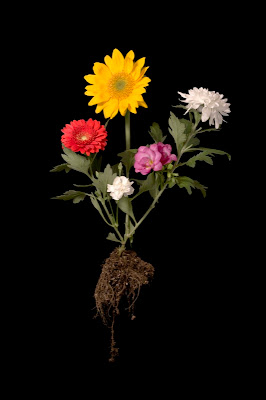 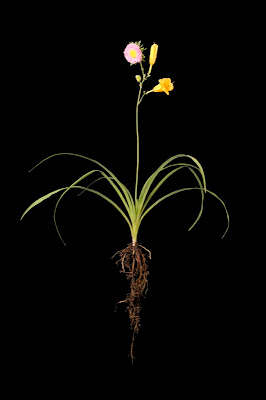 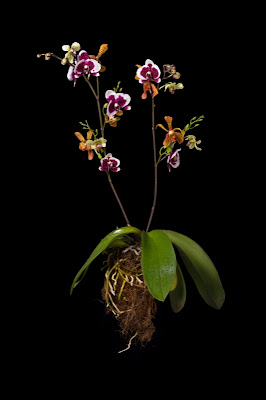 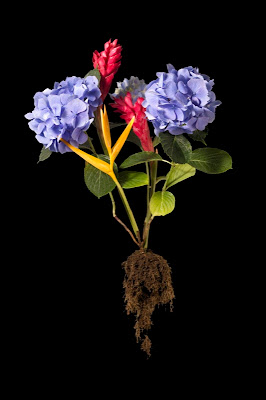 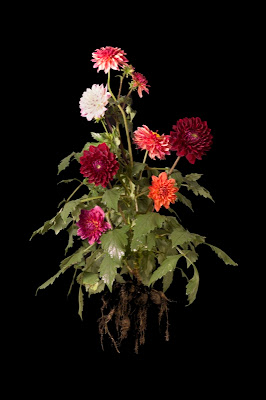