The week started off with Ruben Natal San Miguel’s images of summer in the city, and a new exhibition at the Joseph Bellows Gallery in La Jolla, CA is the west coast response to summer. The exhibition is on display from June 11 – August 13th and presents three complimentary shows titled, Sea Creatures, by Joni Sternbach, Dana Montlack and Liz Lantz. “The separate exhibitions will feature selections from each artist’s work that examine life above, below and around the sea. They include one-of-a-kind tintype portraits of surfers (Sternbach), images of life beneath the deep (Montlack), and the lifestyles of women surfers around southern California (Lantz). “

All three image makers bring a diverse approach to creating their work–Joani Sternbach uses wet-plate collodion techniques to create her well-celebrated images of surfers, Liz Lantz produces color-soaked narratives of women surfers, and Dana Montlack dives below the sea to capture the life there, and then re-interprets them into painterly photo collages. Combined, the exhibition is a celebration of the start of summer and of the natural world and those who inhabit it.

Joni Sternbach works with a large format camera using the wet-plate collodion process first used during the American Civil War. The procedure is labor intensive, with chemistry mixed and applied to metal plates just seconds before each exposure. Her darkroom is a rolling tent set up on site; it attracts audiences wherever she goes. On the shorelines of both American coasts, and most recently in Australia, her distinctive process lures surfers to pose for her camera. 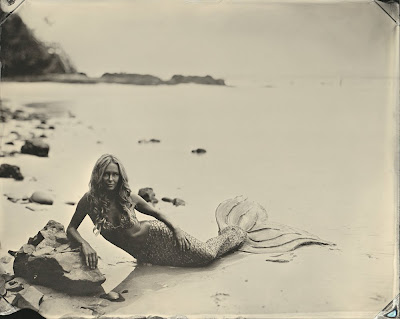 The use of a large camera slows time down, so that her subjects adopt a timeless beauty and permanence that defies the otherwise active, animated life of surfing the big wave. Some are beautiful and fit, others show the toll of sun and salt water. The styles of their boards, the decals they place there, the wet suits and swimsuits they don, the hair that is usually long — all describe a highly eclectic tribe of mariners that has long fascinated the photographer. 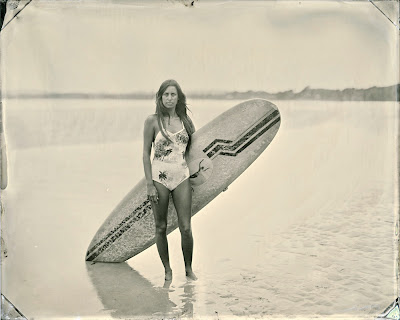 In 2009, Sternbach’s surfers were exhibited at the Peabody Essex Museum in Salem, MA. Curator Phillip Prodger wrote, “Gone is the electricity of the sport, the precarious balance of riding big waves, and the vibrant colors of cerulean blue seas and tropical sunsets. … 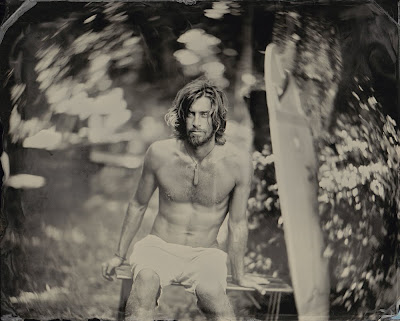 Instead, her surfers are frank, human, and democratic, depicted in unpretentious black and white. Like a latter-day ethnographer, she provides a catalogue of types, distinguished by fashion, sex, age, and body type.” Sea Creatures features her Surfland Series. 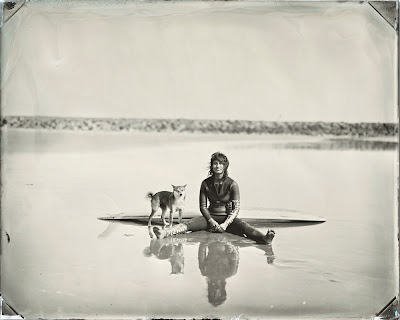 Liz Lantz was raised in Chicago, far from the ocean. But after securing her BFA in photography from Columbia College in Chicago, she moved to San Diego to develop her love of surfing, which she began on Lake Michigan. Lantz shoots with a medium format camera on film. This gives her photographs a distinctive square format used by many photographers, Diane Arbus being the most recognized. 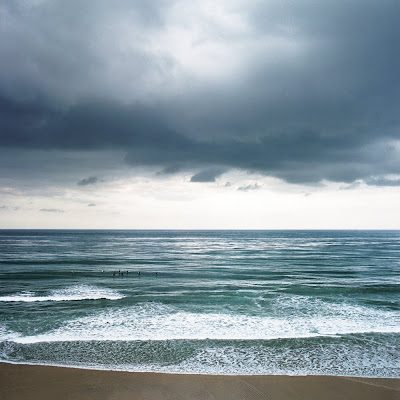 Composing within a square is challenging. When done well, the resulting images have a strong sense of immediacy; each element carries equal weight and leads the eye into a more personal narrative. In this way, Lantz photographs familiar objects (dolphin magnets on kitchen cabinets), places (sandy parking lots), and activities (waxing a board) so that a fuller atmosphere emerges about life on and near the water. 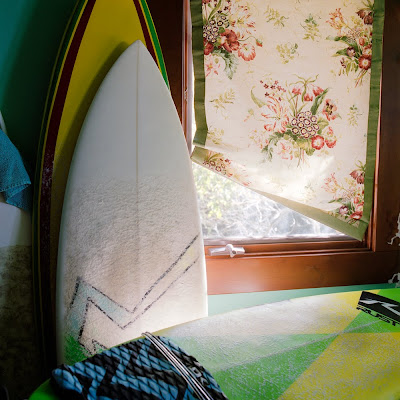 “My favorite subjects to shoot are those that are less obvious, meaning things that people might not normally think to take a picture of,” says Lantz. The facts in her documentary style shooting are softened by a generous poetry; the idiosyncrasies of people’s lives become tenderly singular and beautiful. Sea Creatures features Lantz’s Sirens Series, a collective portrait of women surfers of all ages. 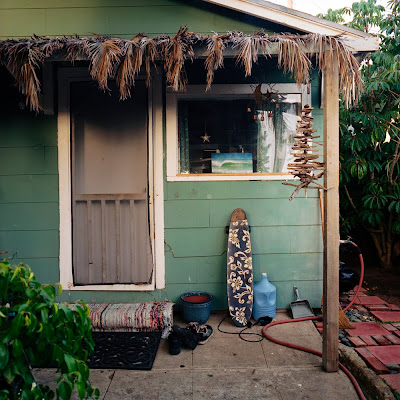 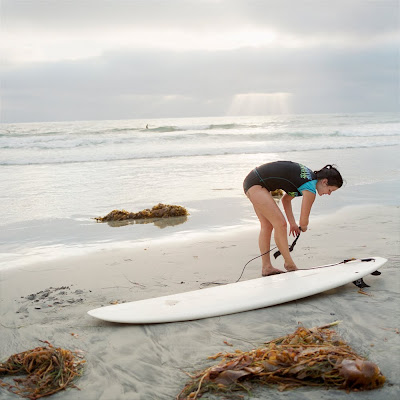 Dana Montlack’s work is highly organic. It starts with the actual physical world, but is transformed into sensual abstractions that never quite lose their original referent. Some are single images, others are made into diptychs or triptychs. Montlack loves to look through the surface of the natural world in order to see and understand its deeper mechanizations. 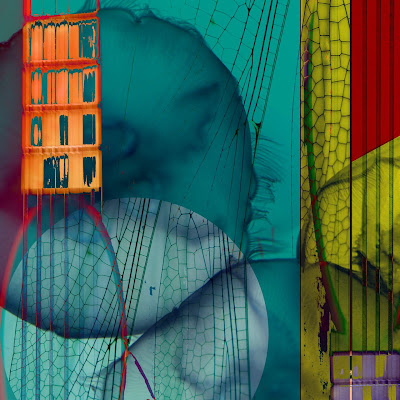 She then aims her lens at it, using micro or macro lenses, shooting through a microscope, or through the use of a scanner, thereby magnifying, extending, or juxtaposing what she finds into imaginatively exquisite forms. Some of her photographs involve the layering of one transparent image over another; other images incorporate figures and architecture. 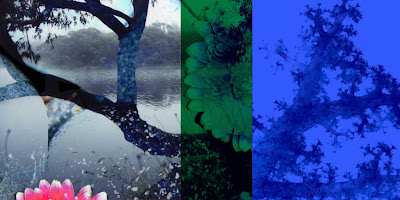 “Through my work, I attempt to cut away the imagined borders between the inner world and outer world, the insignificant and significant,” writes the artist. “In doing so, the inextinguishable energy of life becomes visible, one which reveals and underscores the connectedness of all things.” Sea Creatures features her Water Series, which reconstructs the shells, sharks, flora and fauna of the ocean into colorful montages. 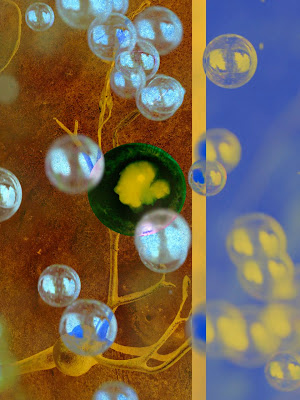 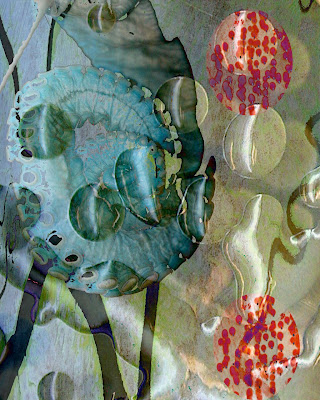