Christopher Chadbourne is a visual storyteller. His series, State Fair, is a series of narratives that add up to a kalidescope of color, captured moments, and off kilter relationships, creating a photographic novella of sorts. He is a “storyteller intrigued and motivated by the relationships between subjects and between subject and context within the “accidental community” of strangers who momentarily and randomly occupy a common physical space.”

Christopher lives in Boston and has taught design for a decade in the Graduate Schools of Design at Princeton, Columbia and Harvard. He was founder and creative director of one of the nation’s leading design firms for the crafting of stories, exhibits and multimedia for some of the country’s most prestigious museums (www.ccadesign.com) before taking Magnum photographer Costa Manos’ advice to “give up the day job.” Christopher has exhibited in Boston and New York City. He was included in the International Flash Forward Festival and will have a solo exhibition at the Griffin Museum of Photography in 2012.

STATE FAIR: The Last Living Munchkin from the Wizard of Oz and Other Stories

“The State Fair here is For-Us. Self-consciously so. Not For-Me or-You. The Fair’s deliberately about the crowds and jostle, the noise and overload of sight and smell and choice and event. It’s Us showing off for Us.”

–David Foster Wallace, “Getting Away from Already Being Pretty
Much Away from It All” (Harpers)

State fairs are perhaps America’s most democratic institution. For $5-$10 one can buy a ticket and once inside the gates, everybody has an equal opportunity to win at the games of chance; eat over one hundred, mostly fried, foods on a stick; watch the livestock competitions; take a near death experience thrill ride; watch a waterskiing squirrel or a tractor pull or racing pigs; or see the Fair Queen’s likeness being carved out of butter. It is a place of sensual overload on the eyes, ears, and digestive tract. And people come by the millions every late summer and early autumn. They represent the spectrum of American demographic diversity—in income, ethnicity, race, education and occupation. In no other venue in America does such equality and diversity occur. Not in our ballparks, our concert halls, our public parks, or our icon of escapism—Disneyworld. I wanted to photograph this American institution—engulfed in the crowd—subject and context intertwined; to capture the exuberance, the motion, the color, the facial that suggest stories buried within. 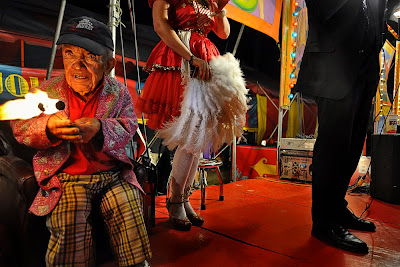 I also wanted to record the evolution of this unique American institution. Born of agricultural roots, changing demographics and the decline of the family farm have impacted the State Fair. Since I began documenting State Fairs three years ago, the Georgia and Nevada fairs have closed and the “last living Munchkin” has retired. While thriving in some states, the economic viability and the balancing act between the regional authentic and the anywhere generic is, in many of the states, increasingly precarious. 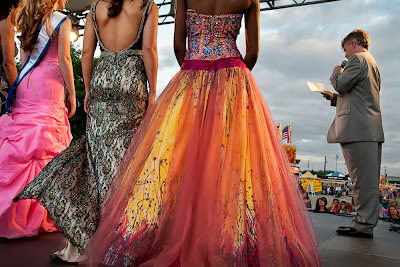 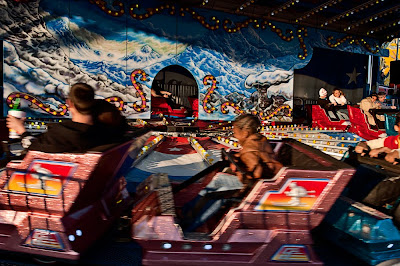 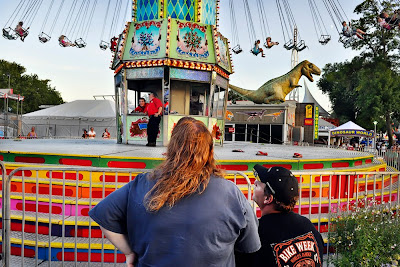 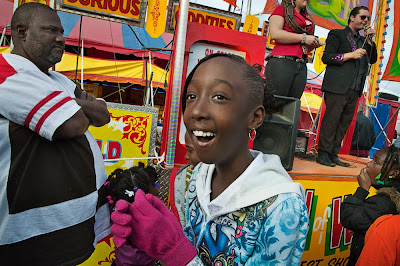 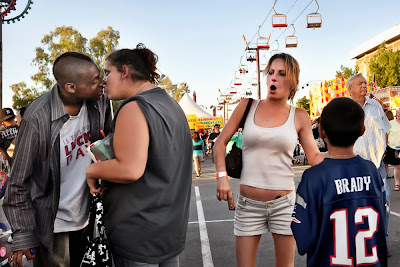 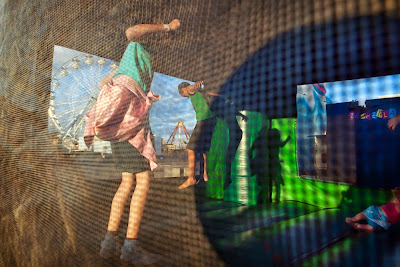 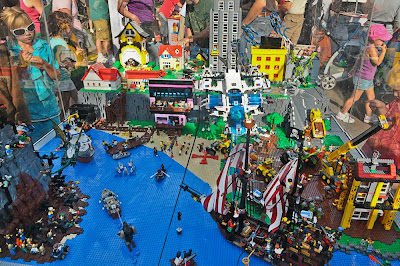 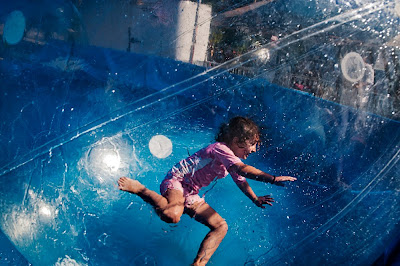 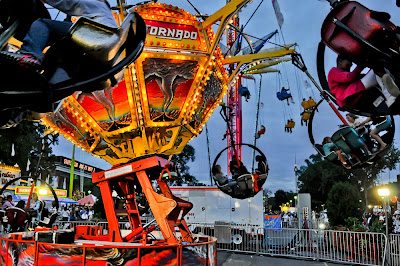