I recently reviewed portfolios of photographic educators at the SPE National Conference in San Francisco. This week I am featuring some of the terrific work I got a chance to see….

I first got to know Kirsten Hoving as the owner/director of the PhotoPlace Gallery in Vermont. I have been a big supporter of her gallery and their exhibition opportunities for emerging photographers, and several times had the great pleasure of serving as a juror for their exhibitions. It took me awhile to realize that Kirsten is also a photographer, and a good one at that. In addition, she’s a Professor of Art History at Middlebury College. It was great to finally meet her in San Francisco and spend time with her work and person. Her new series, Night Wanderers, was a powerful collection frozen assemblages, that have an ethereal beauty. 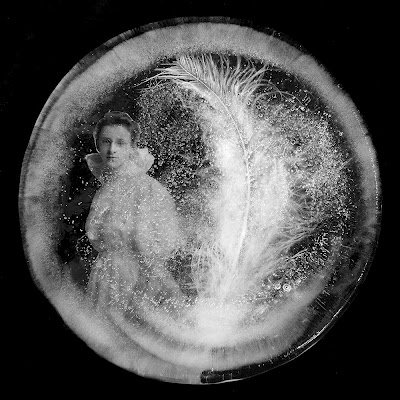 Night Wanderers is a series of photographs envisioning the cosmos. I photograph objects and nineteenth-century photographs frozen in or placed under disks of ice to create the feeling of galactic swirls of stars, galaxies and spiral nebulae. 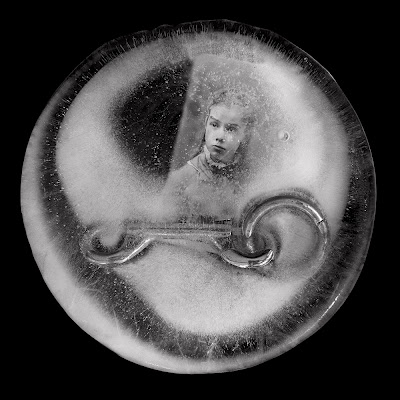 For this series, I have been influenced not by the work of other photographers, but by the collage and assemblage art of the American artist Joseph Cornell. In the course of writing an art historical book on the artist, Joseph Cornell and Astronomy: A Case for the Stars (Princeton University Press, 2009), I became aware of the artist’s deep and abiding interest in astronomy. I also came to understand his creative process, which involved juxtaposing objects in often unexpected ways. His working method encouraged me to take risks, to experiment, and to be willing to destroy one object to create another. He also taught me to appreciate the stars. 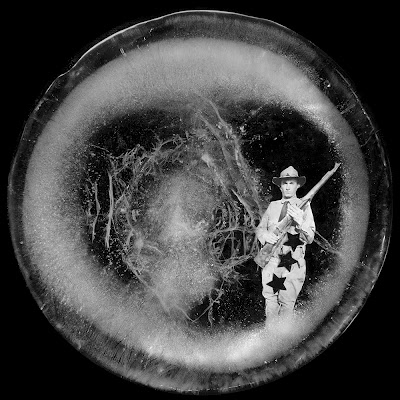 Using ice as a still life object is always a challenging process. I partially thaw the ice to create transparent and translucent areas, then work quickly to photograph it. While I choose objects and photographs that recall earlier times, such as an outdated globe or old cartes-de-visite, to help remind us that star light is old light, the ice that encases them underscores the elegance and fragility of our place in the universe. 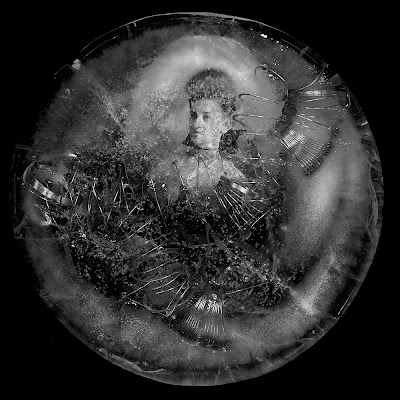 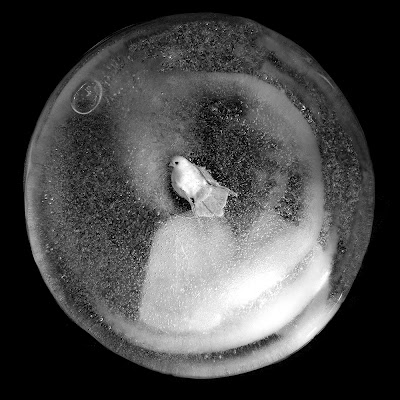 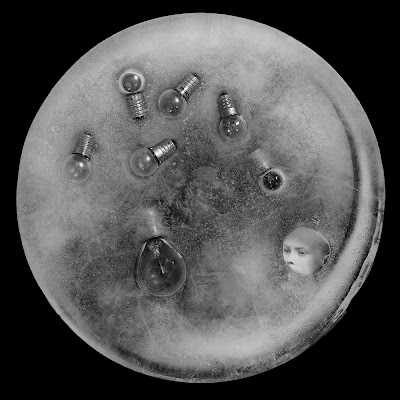 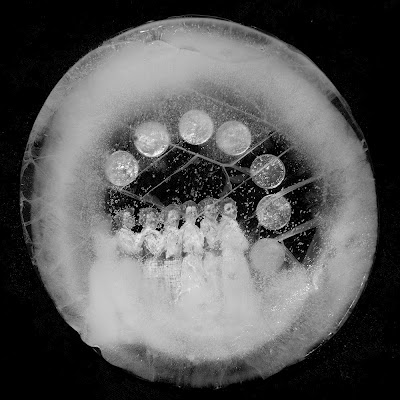 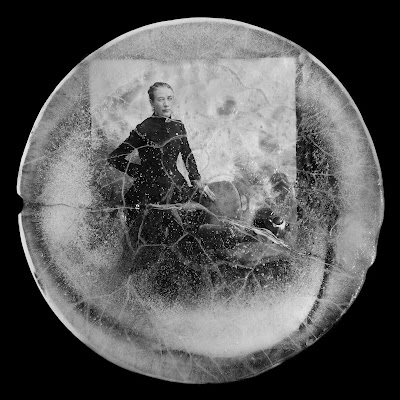 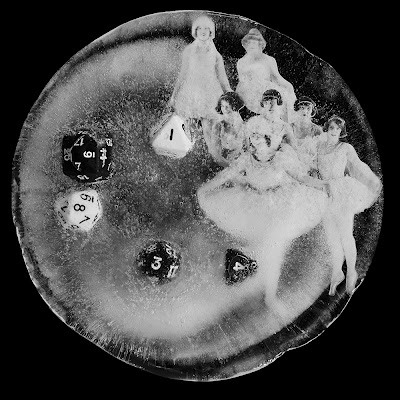 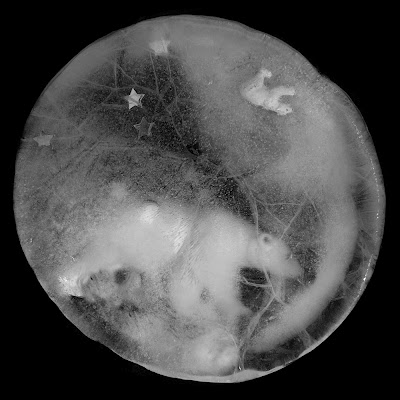 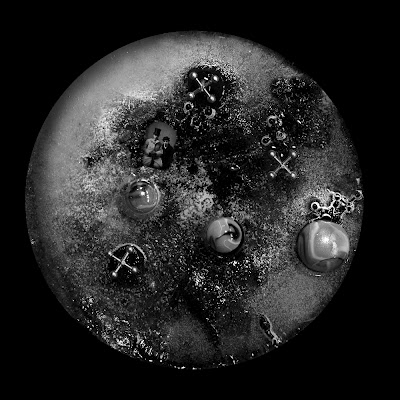 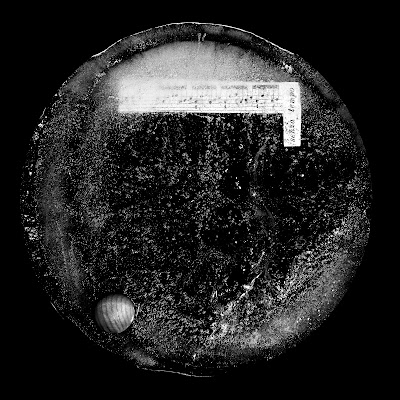 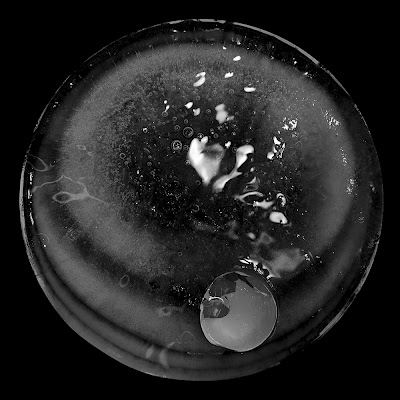 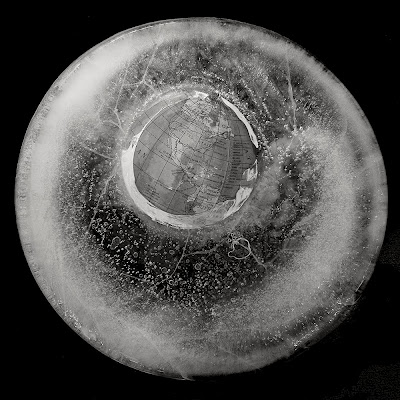