Today ends the Canteen Magazine Naked Judging posts–I hope they were insightful and illuminating and I hope you have learned that just as people are flawed, so is the process of judging photographs.

I am featuring Emma Powell‘s photographs–work that was quickly dismissed by the second round jurors with some muttering about too much Art Sauce (my favorite expression of this whole experience), but enthusiastically moved forward by the first round judges.  Many of Emma’s images have been well celebrated in exhibitions across the country, so the rapid rejection of this work was more than disconcerting. The images featured today come from her project, The Shadow Catcher’s Daughter.

Emma received her BA at The College of Wooster in Ohio and her MFA in Photography from the Rochester Institute of Technology in Rochester, NY.  She currently teaching at Iowa State University and has shown her work in solo and group exhibitions across the country.

First round comments:
These images are very inventive, with a nice, cohesive style. Each image surprised me–there was no lazy repetition. Forwarded to the next round.

Response from the Photographer:
As someone who has been involved in many juried exhibitions from multiple angles, I have seen the benefits of this system. I have made connections and many opportunities have arisen for me through being in juried shows. I enjoyed the transparency of the Canteen program, not just to get feedback on my work but to see the response to other work as well. I was honored to make it into the final live jurying event. That said, and at the risk of sounding like a wounded puppy, I came away from it feeling the open jurying process was focused on finding reasons to exclude work, which may not be productive for the artists involved. I realize it is part of the jurying process to try and dismiss things as quickly as possible, but I feel part of the educational process was lost in their haste to eliminate work.

Clearly the first round jurors saw something in my work that did not appeal to the second round, and that’s ok. But it seems as though there were two different aesthetic sensibilities at work between the two rounds. It would have been more useful to either have one set of jurors do the whole thing, or add jurors to the second round while retaining the first jurors as well. There would be consistency and further amplification about the choices rather than the disconnect between work that initially was singled out and then in the next round dismissed for reasons that sometimes seemed superficial. For instance the idea that no one can do reclining figures because Cindy Sherman did, seems like a very narrow to approach art-making. Historic processes are something I have been dedicated to for a long time. I have seen this community grow in a positive and supportive way, so I was disappointed that by working in this genre my work would be labeled “art sauce”. Walking away from this I have found some useful things to consider in the comments from the jurors, and I am glad to have participated in the process.


The Shadow Catcher’s Daughter
The photographs in the series, The Shadow Catcher’s Daughter, balance on the fine line between reality and the dream. I use self-portraiture to articulate personal narratives, which are often both nightmare and fantasy. Human, animal, and environmental forms interact in unexpected ways to symbolize discoveries and conflicts in my intimate relationships. I use the cyanotype process to suggest an alternative space, such as a dream or memory. This historic process obscures the subjects’ location in time and creates a backdrop for archetypal universal symbols. These images are toned with tea and wine to produce a range of additional warmer tones, making them seem more natural. I choose these substances for the acidic effect on the chemistry, as well as their influence on communication and memory. Although photography is normally considered a medium that represents the present, visible world, in my work I attempt to make visual what cannot be seen in place or time. 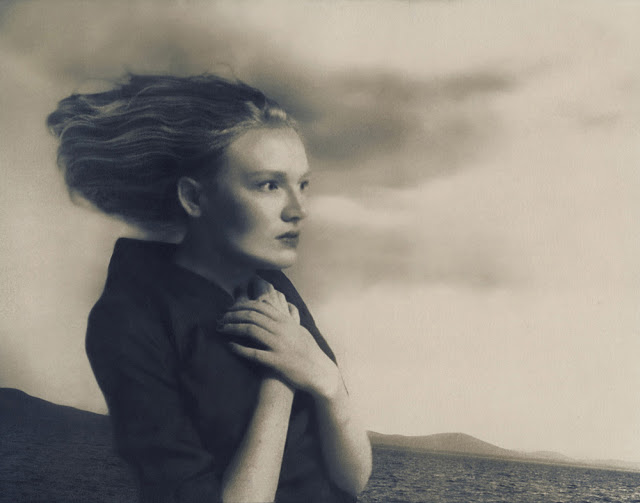 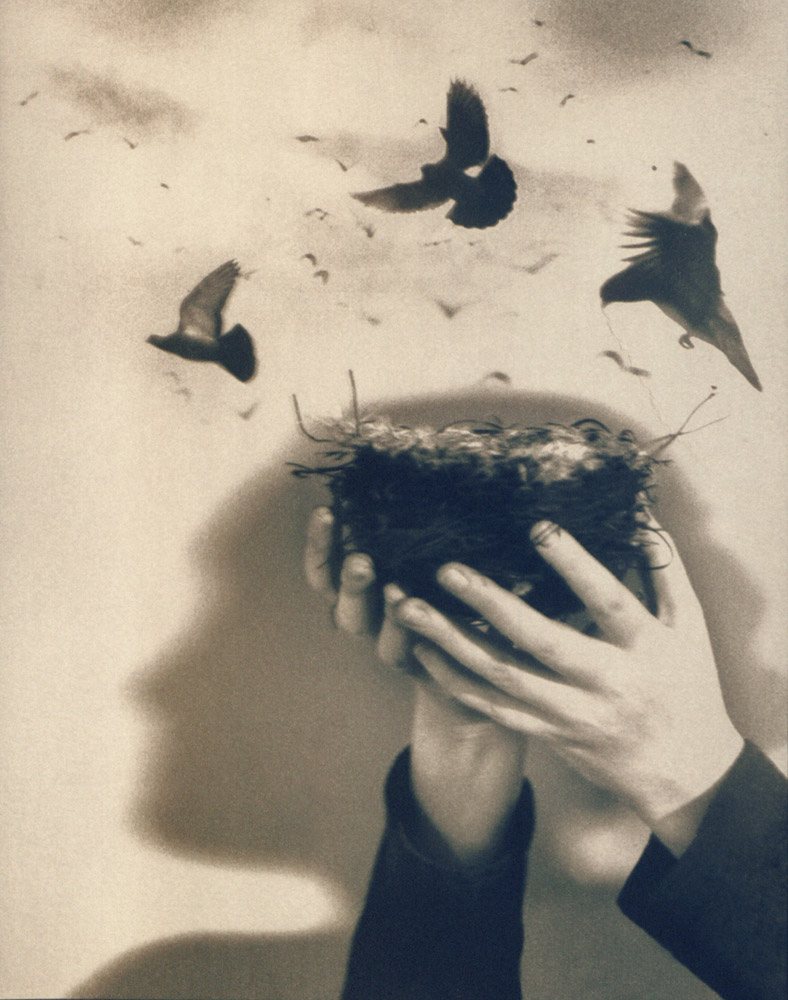 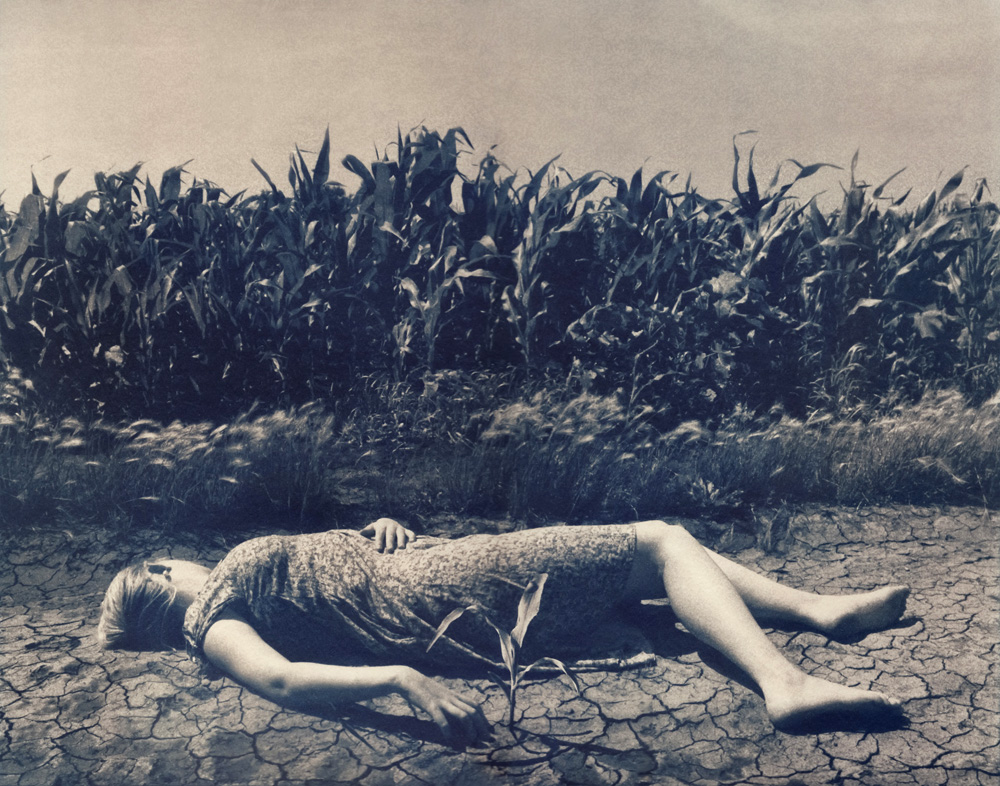 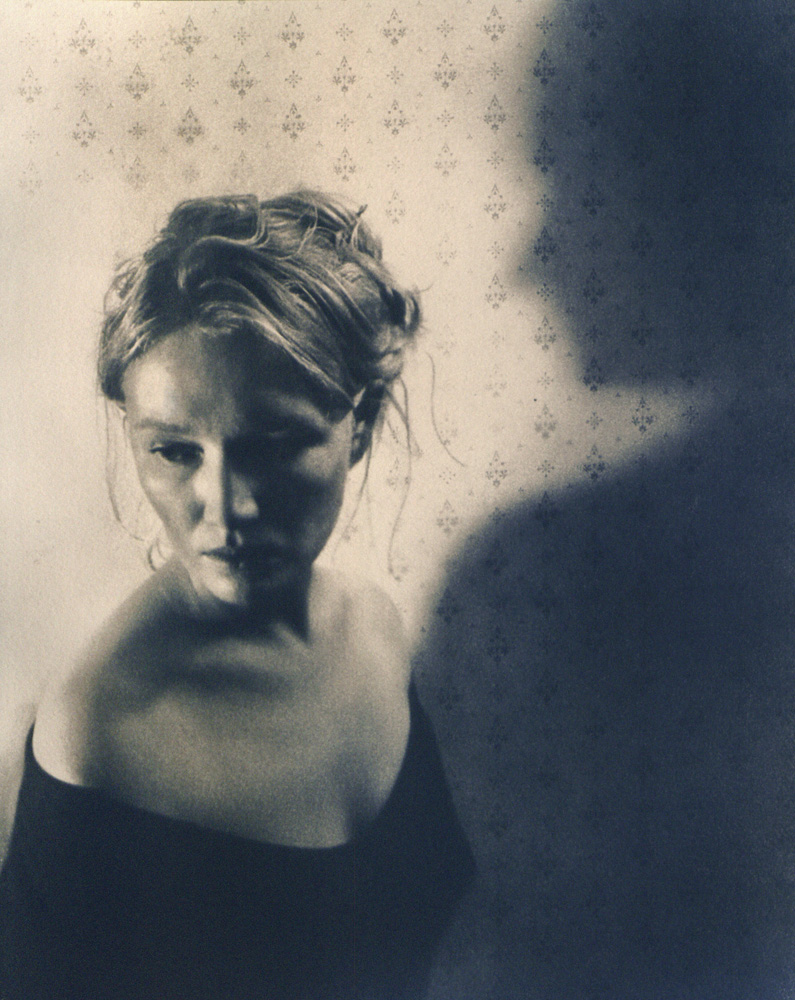 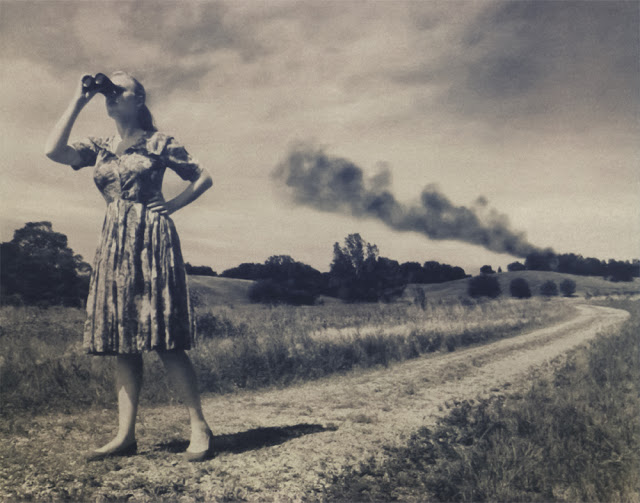 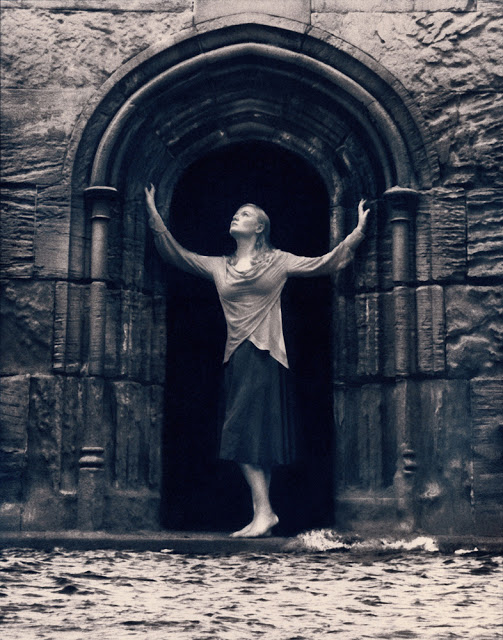 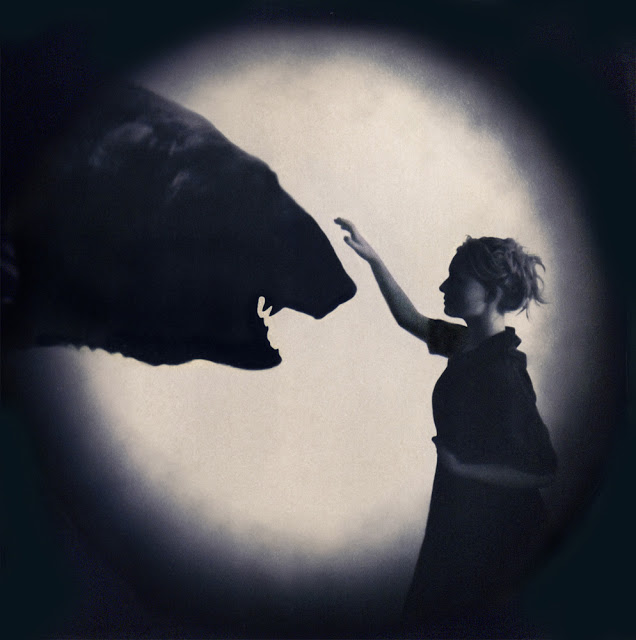 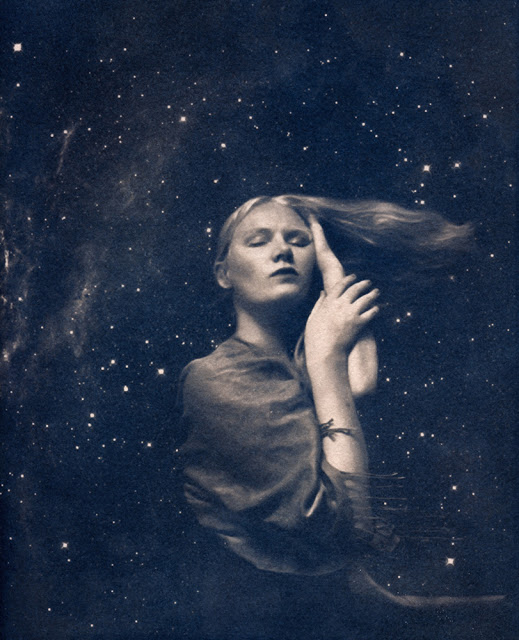