New York photographer and educator, Amy Stein, was one of three participating judges in the live section of Canteen Magazine’s 2nd round of judging. Her own work has  been exhibited nationally and internationally and is featured in many private and public collections such as the Philadelphia Museum of Art, the Museum of Contemporary Photography, the Nevada Museum of Art, the Nerman Museum of Contemporary Art and the George Eastman House Photography Collection. Her second book, Tall Poppy Syndrome, a collaborative project with Stacy Mehrfar published by Decode Books, was released in September 2012 and Amy just closed an exhibition at Clampart Gallery in New York of the same work. What follows is Amy’s response to the experience, and immediately following this post, we celebrate Mary Ellen Bartley’s 2nd Runner-Up Win and portfolio.

Response from Amy Stein:
The process of looking at and evaluating art for me often happens in one of two scenarios, either alone in a gallery, museum or in front of my computer; or in the classroom among a group of students who share in the conversation and critique. Never before in front of an audience on a stage with cameras rolling, elbow to elbow with other judges.

When I’ve judged photography competitions in the past I’ve done it alone, over a table or in front of a screen. The evaluation process was solitary and I had only my own thoughts, taste and prejudices to guide me.

Participating in Canteen’s Naked Judging was a very different experience. I’m not sure what I expected when Stephen Pierson, Canteen’s publisher, asked me judge this year’s competition. I’m a big fan of the magazine’s approach and philosophy and I followed its last competition closely. They seemed to be breaking new ground in offering a competition with a commitment to transparency and an emphasis on dialogue. Dialogue and transparency can be messy but I figured I’d learn something about how competitions might run and see some new work and have the chance to talk about the potential and limits of photography. All good things. I didn’t expect how the energy and opinions of the other judges, Arnold Lehman and Susan Bright, would cause me to rethink my opinions and taste and open my eyes to work that on initial viewing I had little interest in.

I’d like to comment further on two entries that still remain with me weeks after the live judging.

The first is the entry of Mary Ellen Bartley. Prior to the live judging the judges were given a links to the work of the 26 finalists. The list was in alphabetical order. Mary Ellen Barley’s entry was the first on that list, so it was the first we saw. I found her image simple and austere but filled with emotion. She photographs the sea, prints her images and then re-photographs them in her studio as they intersect with light. Some of the images also feature rips and abrasions to the photograph’s surface. The work is restrained and enigmatic in a way that many of the other contest entries were not. While I didn’t find the submission perfect, I found it intelligent and quiet and I appreciated the process and gesture behind it. 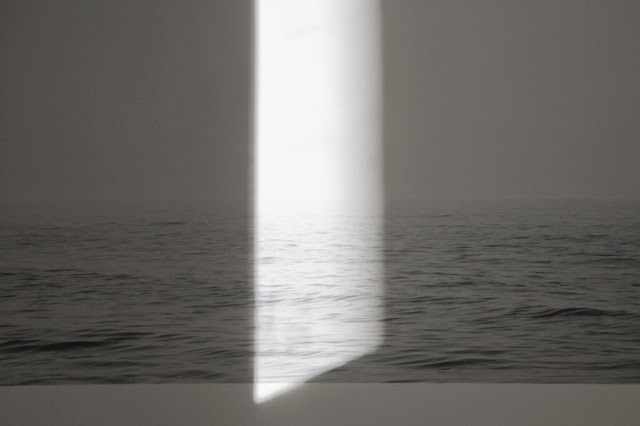 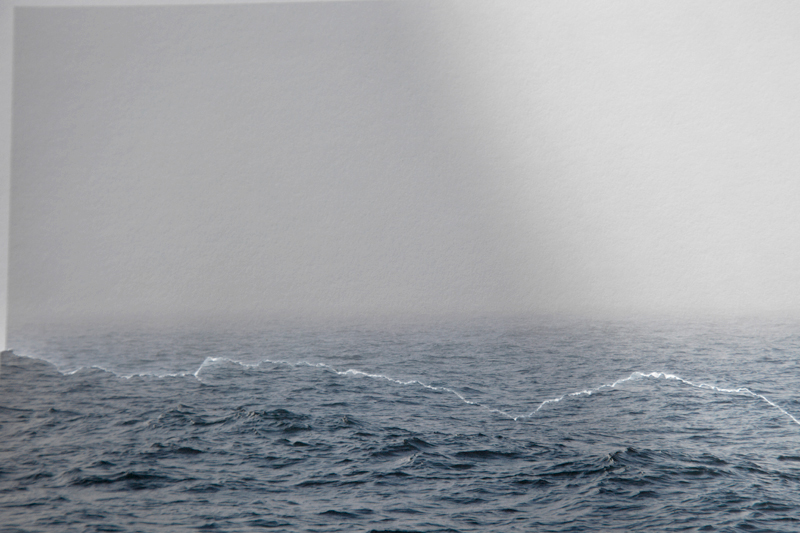 When Mary Ellen’s work was presented in the live judging Susan and Arnold were less impressed with the submission. Both, along with Anthony, particularly disliked the images with the oval vignette. Although ultimately her work was passed to the next round of judging. 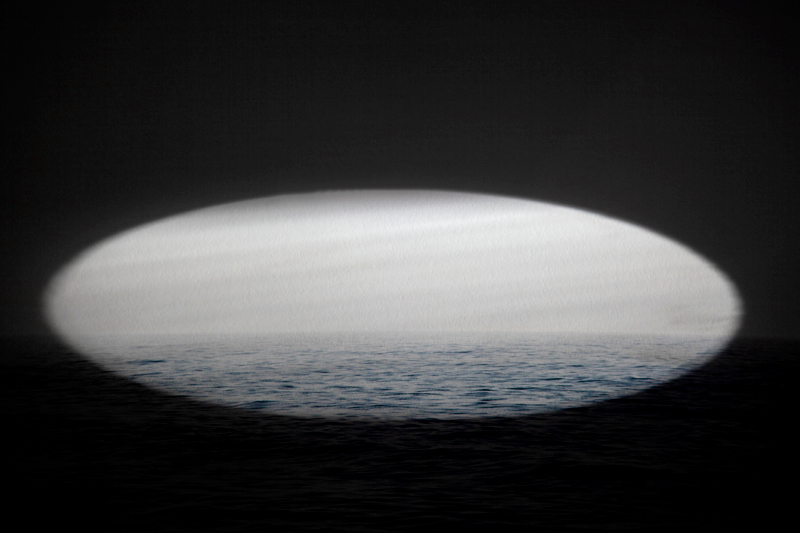 During the final round both Susan and Arnold wanted to eliminate the series but by that time I was even more attached to the images and concept. I advocated for the images and I think ultimately Susan and I voted for them as second runner up.
On the opposite end of the spectrum for me was the submission by George McClintock, which included street images of Paris taken in the 1980s. George wrote of Proust in his statement and directly referenced photography greats such as Atget , Model and Arbus in his work.  Initially I dismissed the images because I found them typical of black and white street photography set in Europe. Some images were too cluttered, some too simple and some were too derivative of his influences. I was mildly shocked when Arnold championed them and a long (really long) discussion ensued about their strengths ands weaknesses and when they were made. We went back and forth with the audience: were they made in the 60’s or 70’s or were they contemporary? Were those kid’s bell bottoms modern day or vintage? We spent so long discussing the details of these images that I started to see the charm and authenticity that Arnold saw in them. Left to my own devices I would have just dismissed them or passed them by. Weeks later I appreciate being made to stop and look even more deeply. It’s something I’ll bring into my teaching and approach to viewing art and life in general. George’s work earned him third runner up. Take a look at all the winner work at: http://www.canteenmag.com/2012winners. 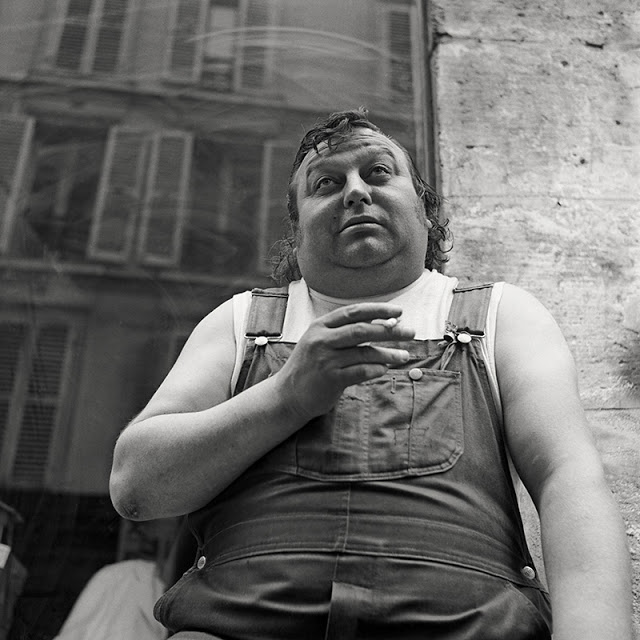 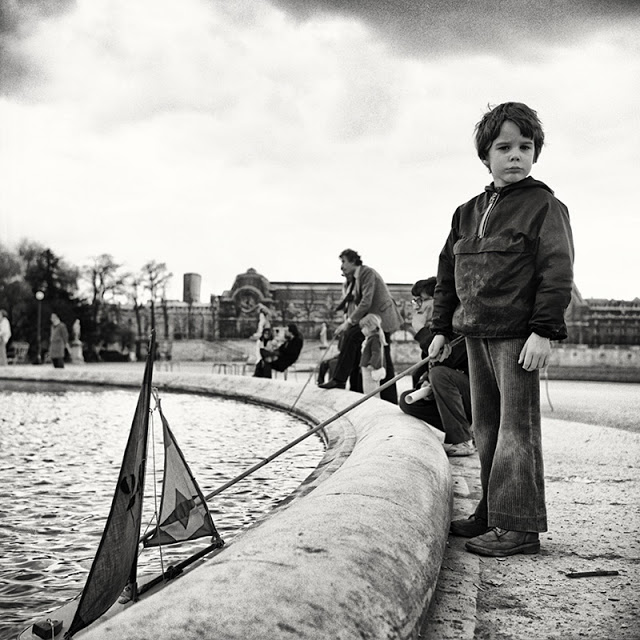 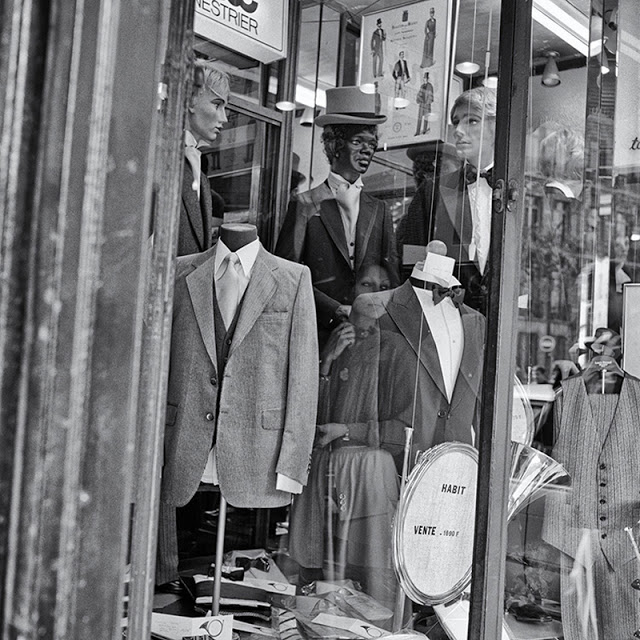 Additionally I want to commend the photographers who participated. It takes real guts to submit work knowing that it will be picked apart in public. I hope that their boldness paid off with substantial and actionable feedback.

The judges for the first round, our moderator Anthony Goicolea, the photographic duo Tribble & Mancenido, and Canteen’s  JJ Sulin did a terrific job whittling down the more than 200 entries to a mere 26 finalists. I’m sure the choices were not easy and the conversations were heated. I agreed with most of their decisions and I defer to their judgment completely.
However…I couldn’t help but take a peak at the eliminated submissions and found number of images that I would have welcomed the chance to discuss during the final judging. They include the following images by Amber Fallon, Justin Poulsen, and Adam Neese. Just wanted to mention these and share them with a larger audience. 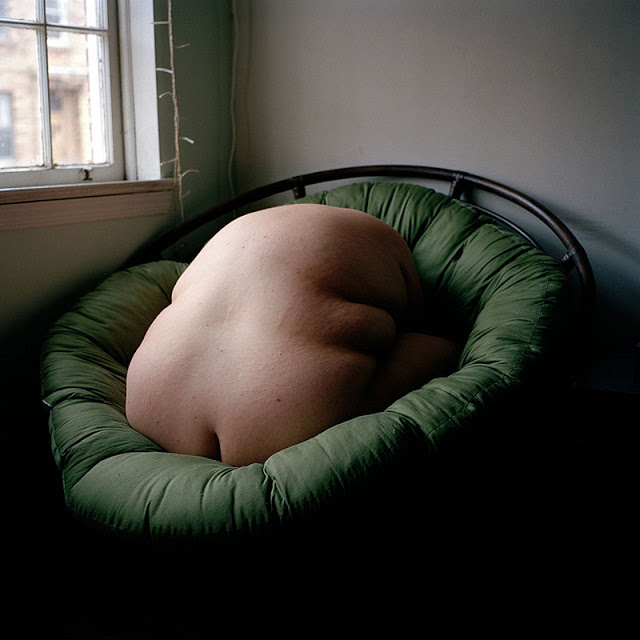 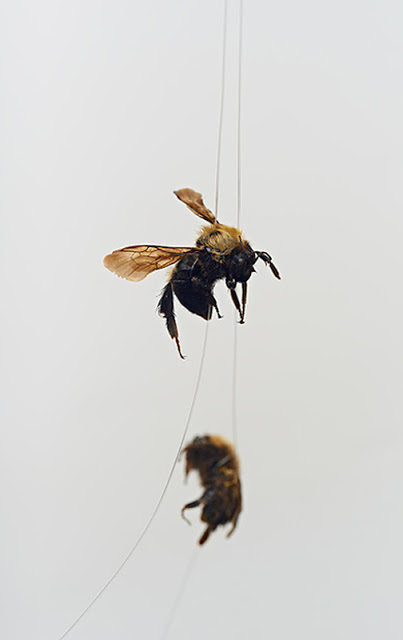 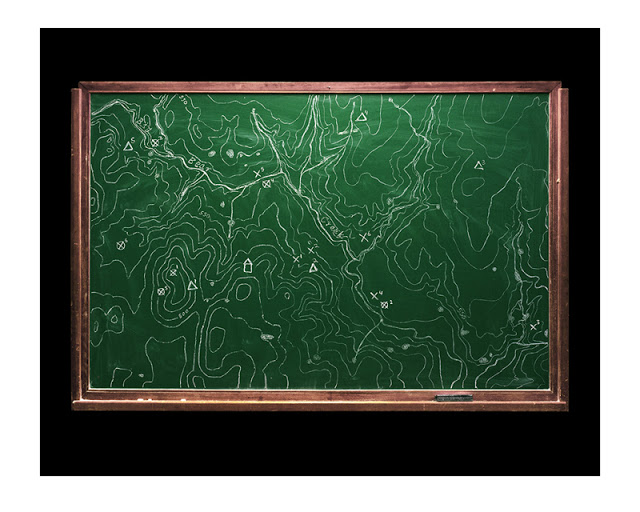