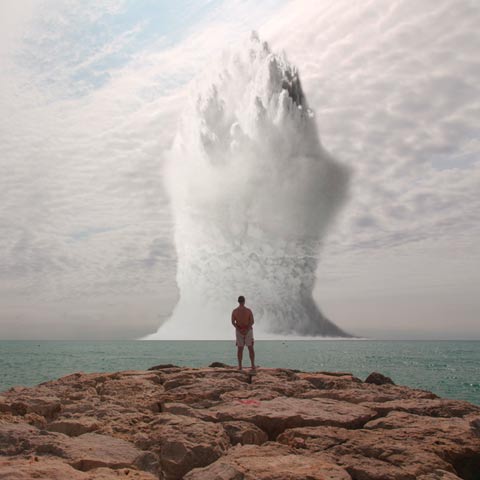 Lenscratch has aligned with CENTER to showcase the recent winners of their Awards and Grants programs in an effort to celebrate photographers and learn from juror decisions.  It is important to understand the juror’s perspective and decision making process before looking at the selected work, so immediately following this post, we will celebrate David Favod’s Project Launch winning project,GAIJIN.

The Project Launch grant is presented to an outstanding photographer working in fine art series or documentary project. The grant includes a cash award to help complete or disseminate the works as well as providing a platform for exposure and professional development opportunities. This grant is awarded to complete or nearly completed projects that would benefit from the grant award package.

The Project Launch grant submissions included many different kinds of art and documentary projects, mainly journalistic reportage, landscapes, portraits, fine art, architecture and still-life dealing with social, political, environmental and global issues, but also local and private moments. They were shot in many countries, although most in the US, and through different perspectives. But only a few projects advanced to my shortlist.

I judged the strength of the imagery first, but I also cared how the artist’s statement described and supported the project with words that images could not speak. In the final round, I elevated little-covered contemporary topics, excellently executed and formally consistent.

I appreciate that this grant selection process gives feedback to the photographers by letting them know how far they advanced in the rounds. For those who did not make the final selection, I invite you to carefully review the winning projects along with the juror’s statements to provide insights and guidance for your process of self-critique.

Every award has a specific purpose. The purpose of this one is to support the pursuit of a project and to give a project exposure and dissemination. I kept this premise in mind while making selections, encouraging promising talent and the photographers who chose topics that need to be explored more deeply, and who did so in experimental, intriguing and meaningful ways. At the end of the day, this is the challenge that contemporary photography has to meet in order to engage an audience.

JUROR VERNA CURTIS Curator of Photography, The Library of Congress
With the daunting task of scrolling through and digesting 12,000 images submitted by 601 entrants, I turned to the photographers’ statements before looking at their slides. The result was that I was evaluating how well their intentions visually communicated to me. I was asking: how relevant or vital was the idea they intended to put across; did I understand from the images what they were trying to say; and were those images compelling to look at? The entries ranged across the spectrum of what photographs can communicate from the documentation of human or economic struggle to disappearing cultures or lost ones. There were personal explorations — of one’s identity, of situations, of positions one can find oneself in, and of life’s ambiguities. Others took on the challenge to evoke memory or to have us question what is real. While there were many worthy projects on key contemporary subjects, which gave them credence, those which focused in equal measure on their subject and its most effective presentation won my votes.
I found myself drawn to the photographers who took on the greatest challenges, who observed with the most critical eye, who were able to touch in me an emotional chord, and who sought strength and found compassion. I would like to encourage many who submitted their work for their commitment and their sincerity. While tough to give so few photographers CENTER’s recognition in the Project Launch grant, it was a pleasure to join all of them in the adventure.
JUROR CHRISTOPHER MCCALL, Director, Pier 24 Photography
At the beginning of this process, the pool of submissions reached just about 600, with portfolios from almost every corner of the world. I was both intrigued and challenged by the task of reviewing so much work exclusively in a digital format, the first year this jurying process has functioned in this manner. As I scrolled between various applicants, it quickly became clear which work I responded to most strongly. These projects not only combined clear, technical savvy, but were also informed by a distinct and fully developed concept, where aesthetics and meaning coalesced. While they may have reconsidered familiar subjects or terrain, the approach taken was so completely different that what could have been staid and unremarkable was instead rendered fresh and innovative. It was those portfolios that were advancing the medium in some clear and exciting way. Thoughtful editing, engaging sequencing and installation shots to complete the vision often set these submissions apart as well. While I did consider the artists’ statements in this process, it was the photographs that ultimately guided my final decision.

This year’s grant recipient, David Favrod, best embodied the attributes outlined above. While issues of identity have a long history within the medium of photography, the staging of the photographs in Gaijin and Favrod’s deliberate integration of Japanese traditions and symbols resulted in a compelling narrative. This story, however, remains open-ended, allowing almost any viewer a point of entry. His presentation and decisions regarding scale, layering and sequencing demonstrated a clear vision that considered and advanced the lineage within which he was working.

I selected Laia Abril and her project Thinspiration for my Juror’s Choice. Abril tackles a challenging subject that is often overlooked in contemporary culture through an unexpected and potent gaze. Although the topic has been explored by her photographic predecessors, Abril’s use of the computer monitor – with its banding, smudges and stains across the screen – render her subjects through a lens inherent to the technology and social media prevalent in society today. The photographs are challenging and haunting, staying with you beyond your initial viewing.

I am grateful for the opportunity to have worked with CENTER on this project, an organization I have followed and admired for many years.