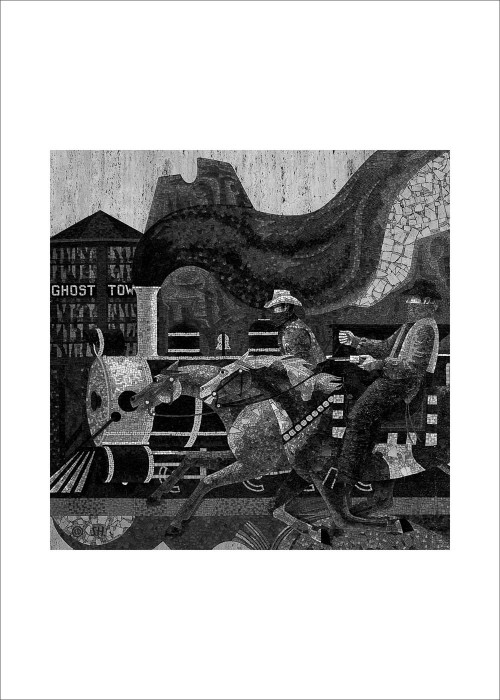 For years, I have driven by a stately bank building on Wilshire Boulevard in Los Angeles; it’s gleaming white marble exterior offsets a California mural that is rich with color and golden tiles.  I’ve never taken the time to stop and consider the history of the building or the image, so I was fascinated by photographer Amanda Keller Konya’s project Heist. When we think of classic mosaic murals, we tend to remember those that reflect European history, so it’s interesting to see the American West celebrated and interpreted in this way. Amanda opens an exhibition of this work at the Cal State University Northridge West Gallery  in Northridge, CA on February 15th, running through the 27th with an opening on Saturday, February 15 from 4-7pm.

Amanda received an MFA from Otis College of Art and Design, a BFA from California Institute of the Arts and an MA from California State University, Northridge.  Her practice is image based; she is dedicated to the investigation of the photographic medium, ideas about Photography and the Photographer him/herself.  In addition to a constant and critical evaluation of Photography and its continuing state of flux, she takes on the sociopolitical within her work addressing issues such as toxicity, school closures, foodstuff, land use and public/private space.  Amanda’s work has been exhibited regionally and internationally at a variety of cultural institutions including: University of Texas Centennial Museum, The Annenberg Space for Photography, The Los Angeles International Airport and the Angkor Photography Festival in Siem Reap, Cambodia.  She holds Adjunct appointments at California State University Northridge, Long Beach City College, El Camino College, The Los Angeles Center of Photography and UCLA Extensions in addition to her Los Angeles based studio practice.

In 1953, businessman Howard Ahmanson commissioned artist Millard Sheets to produce a mosaic mural for the National American Insurance Company.  Ahmanson’s enthusiastic approval of Sheets’ work led to 40 additional mosaic and mural commissions, most of which, were executed on the façade of Home Savings and Loan Buildings from 1954 – 1975.  The abundant work led Sheets to open his Claremont based mural and mosaic studio wherein he employed numerous artists to assist in the fabrication of such projects.  Not only did these public works employ Sheets’ staff for over two decades, the mosaics inspired copious imitations from artists and craftsmen unaffiliated with the Sheets studio.  Today, both the mosaics inspired by and produced by the Sheets’ studio continue to adorn architecture throughout the Southern California landscape. 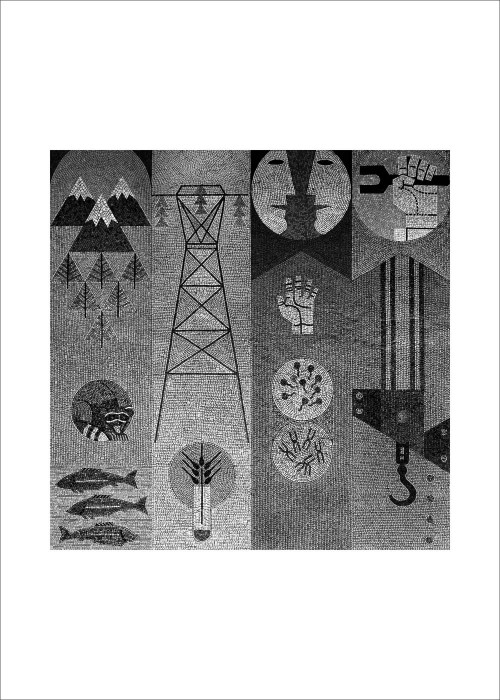 The work “Heist” offers viewers a selective and cropped view of the subject matter represented within these tiles, such as: depictions of power, labor, manifest destiny, the nuclear family, scientific and technological progress and the California Dream.  The title of each image locates the work, not only within the southern California landscape, but more specifically points to the sometimes-repurposed institution prettified by each mosaic.  Such institutions include the Federal Building, a police station, a private university, retail outlets and a variety of financial establishments.   Each digitally captured image is printed on fiber based silver gelatin paper and is 7” x 5” in size. 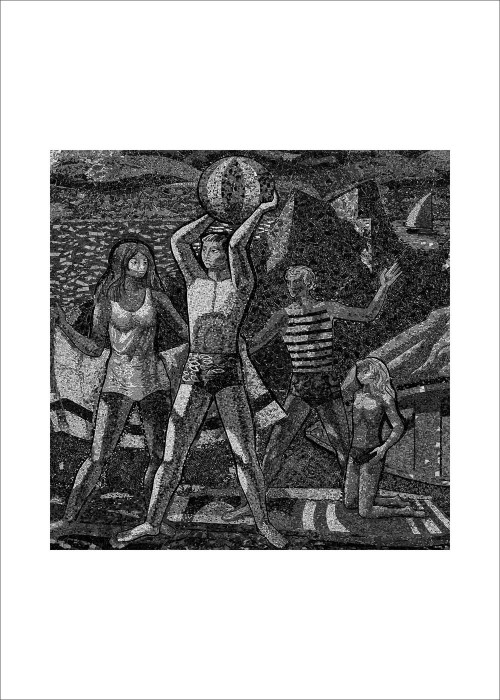 Writer/Artist Michelle Wiener writes about the work “Konya Keller shoots the mosaics with a digital camera, but then processes the image as a gelatin silver print. The gelatin silver print not only refers back to the historic of cinematic production within Southern California, but also its common use in visual documentation in the twentieth century. The romanticized practice of the darkroom is paralleled to the romantic craft of mosaic tile work. The digital gelatin silver printing process not only translates the modern technique into an antiquated one, but also formally heightens the value contrast within the achromatic palette.” 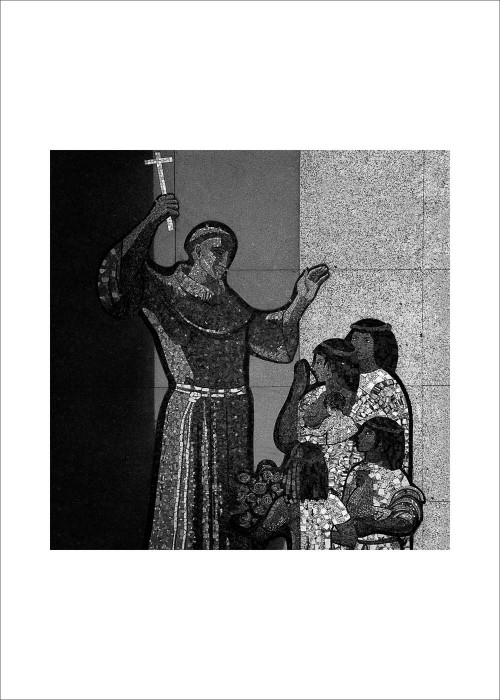 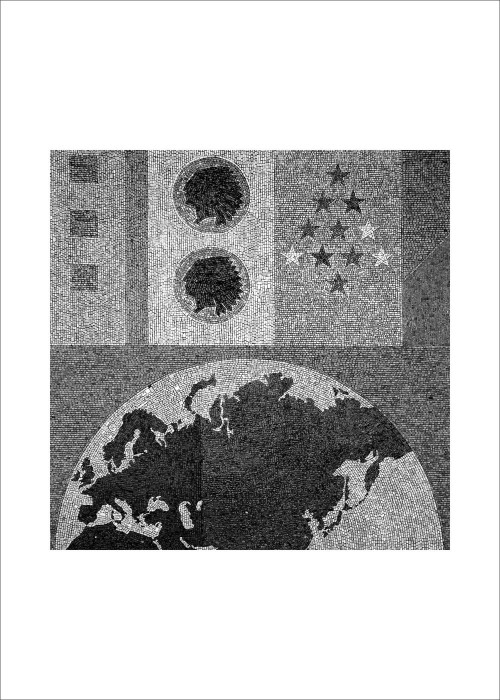 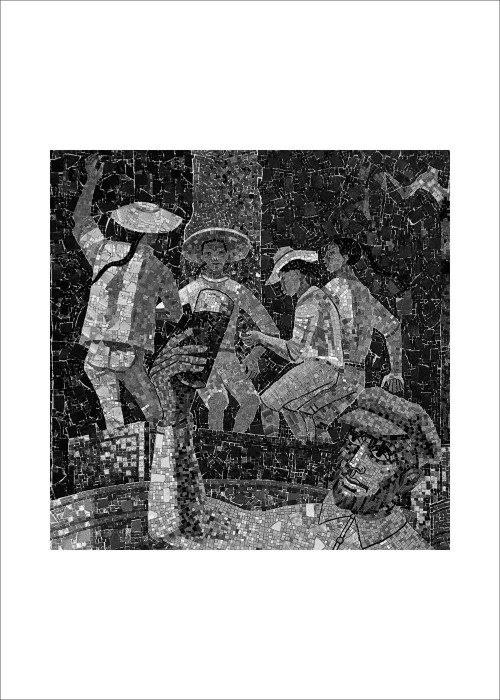 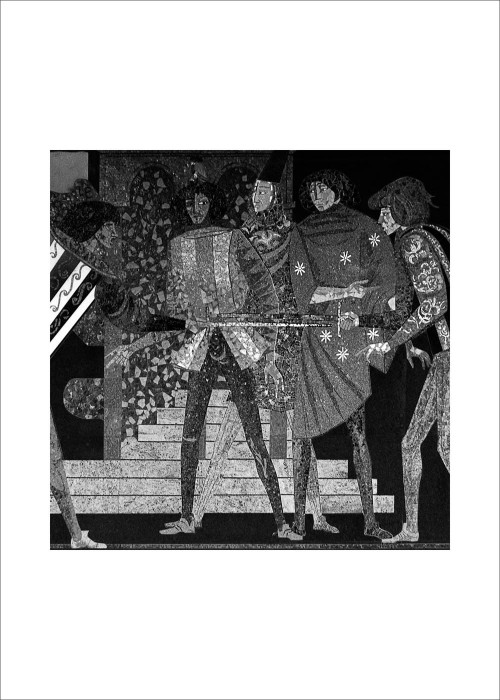 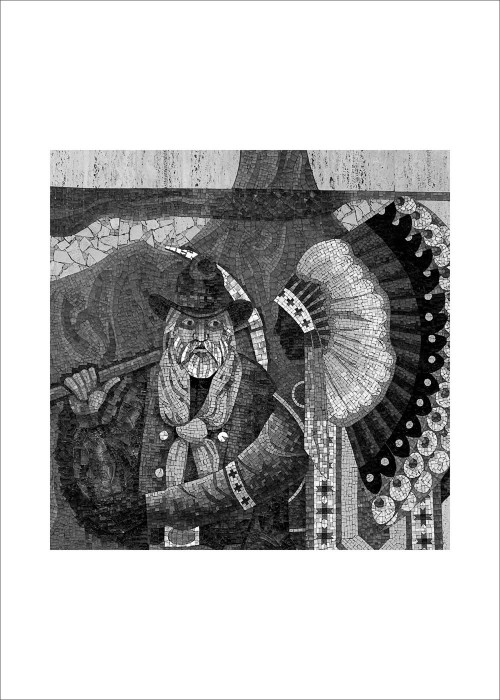 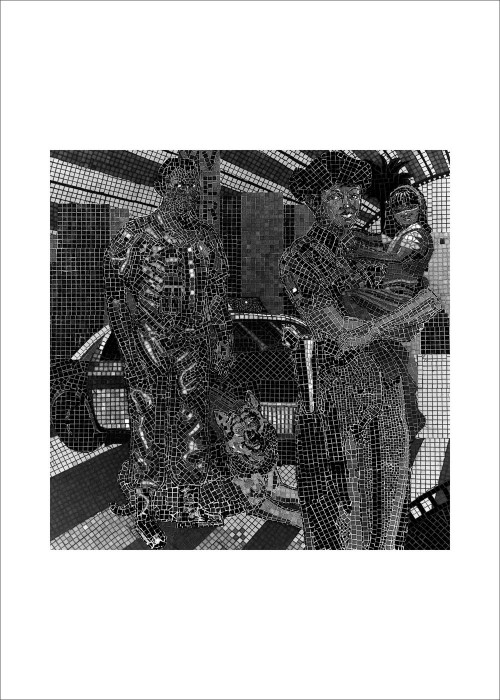 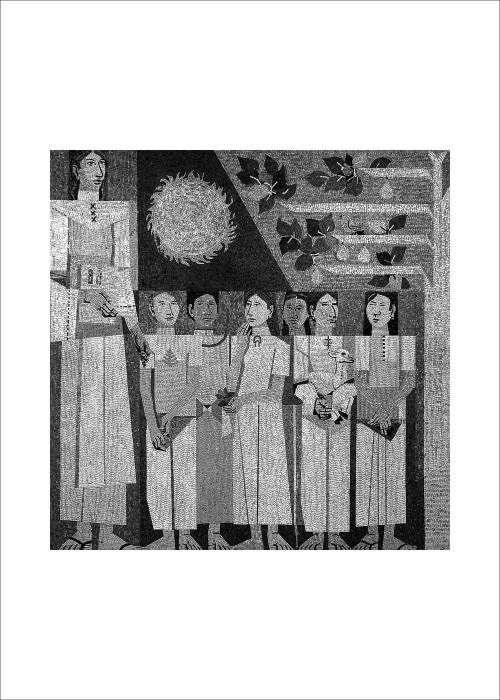 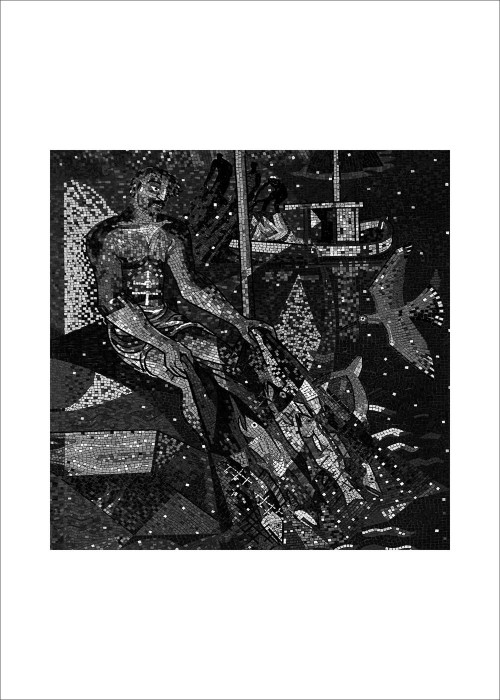 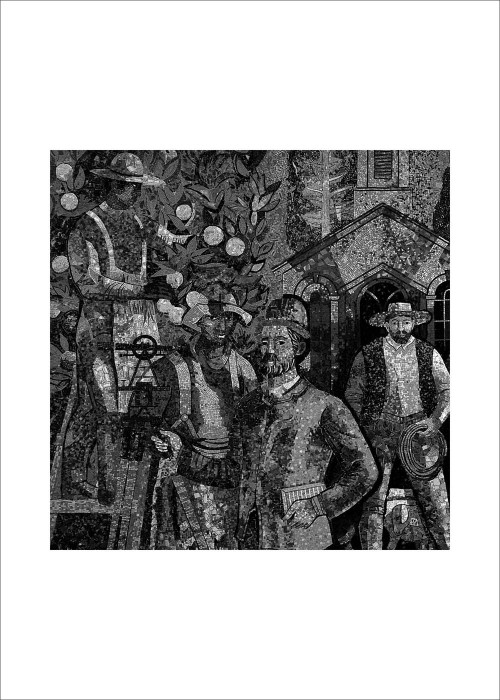 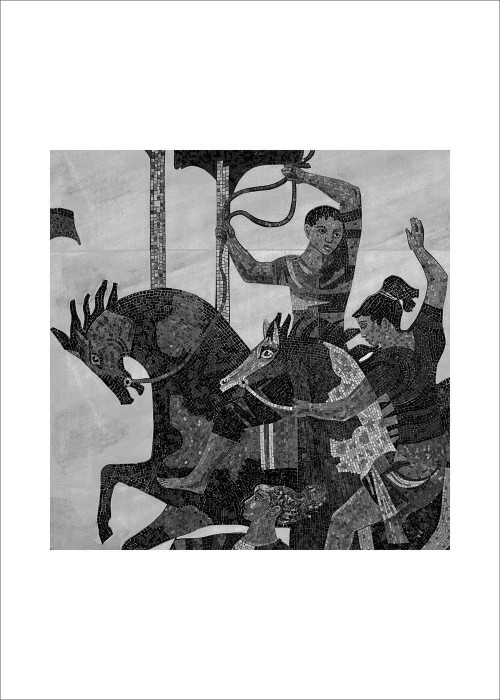 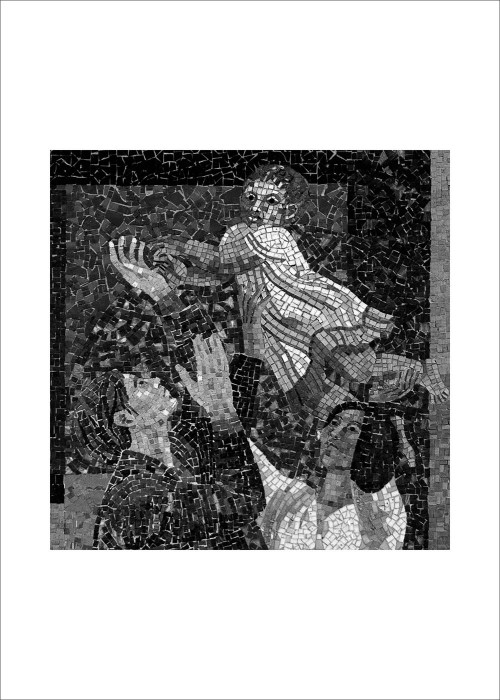 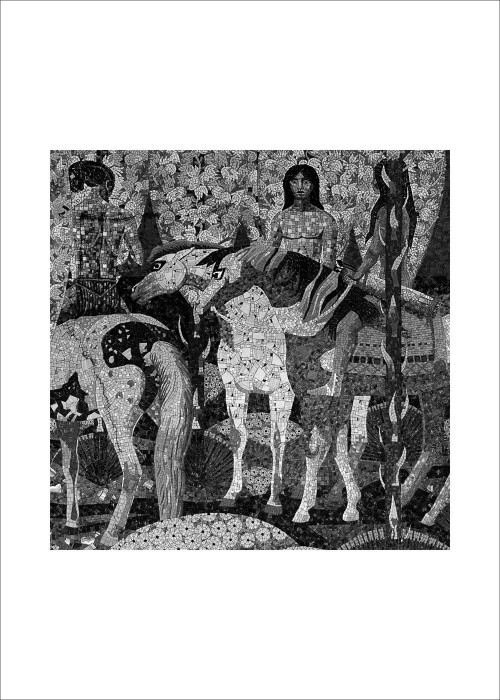 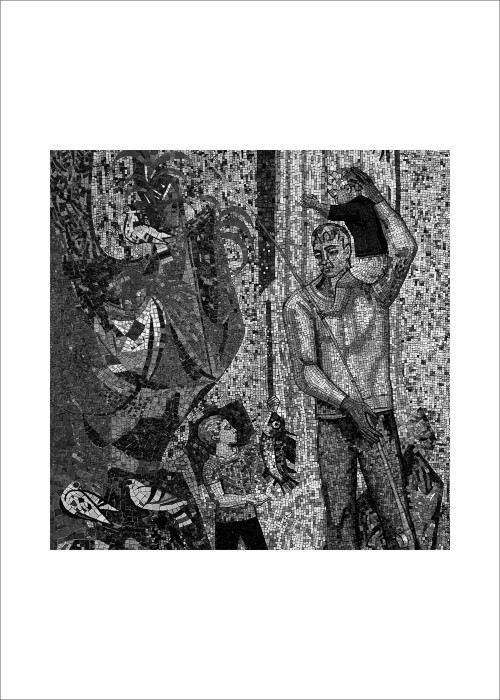 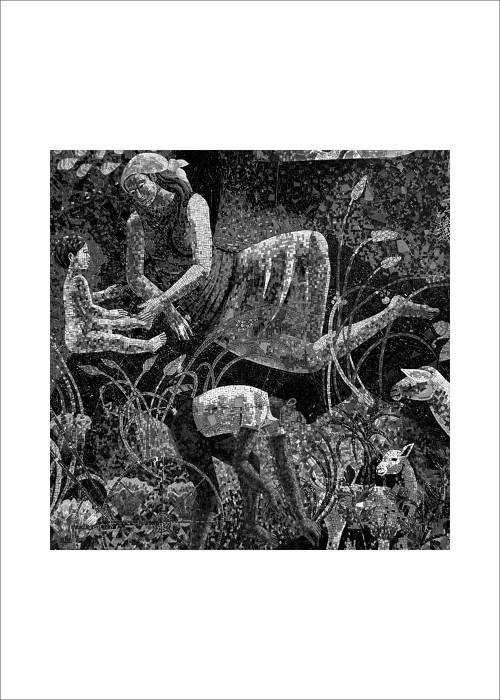 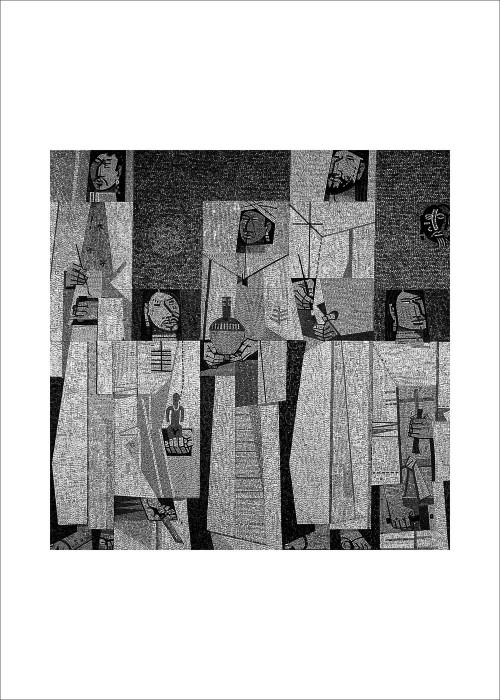 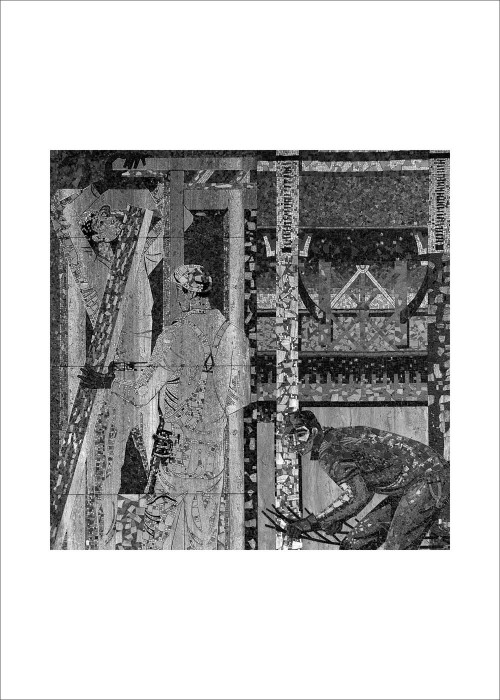 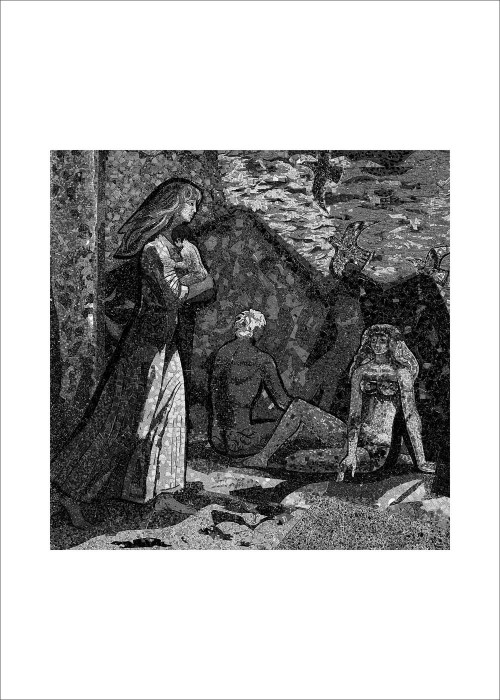 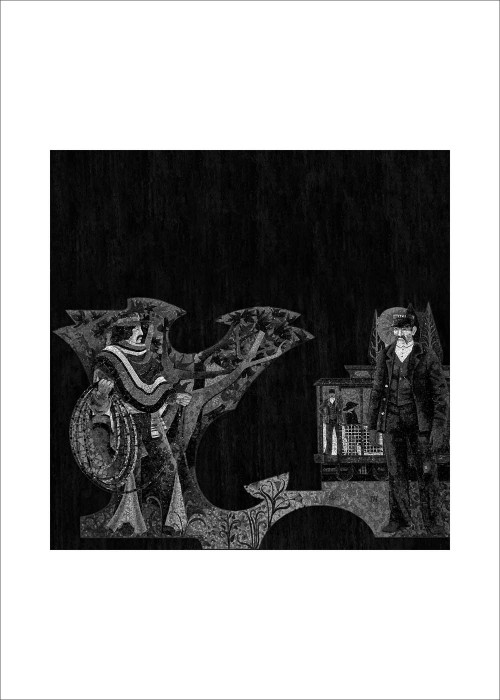 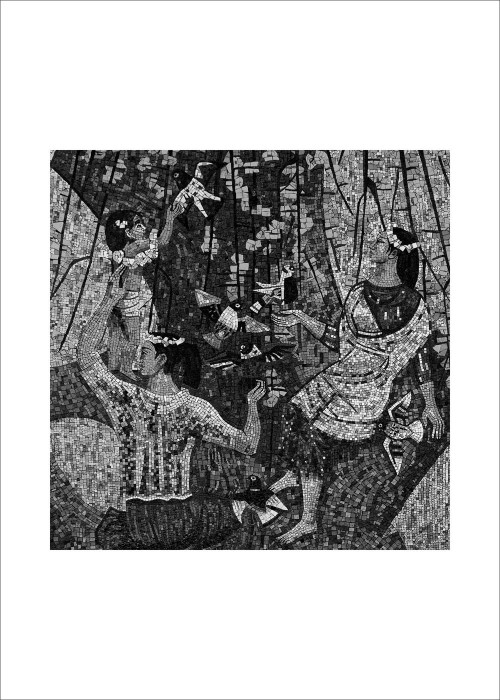 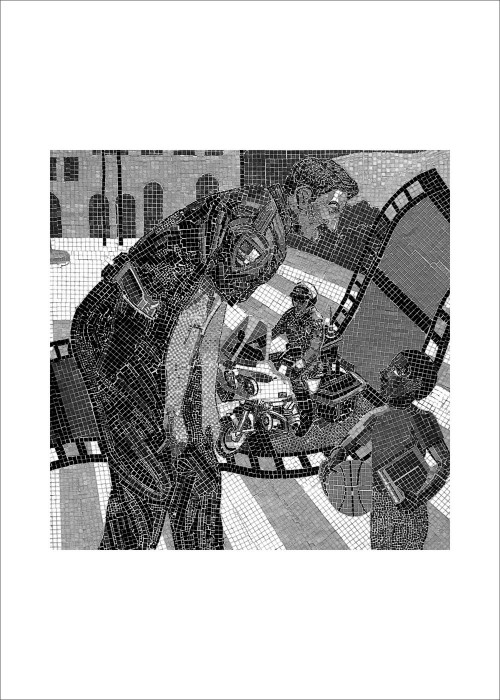