Kimberly Witham: On Ripeness and Rot by Aline SmithsonJune 17, 2014 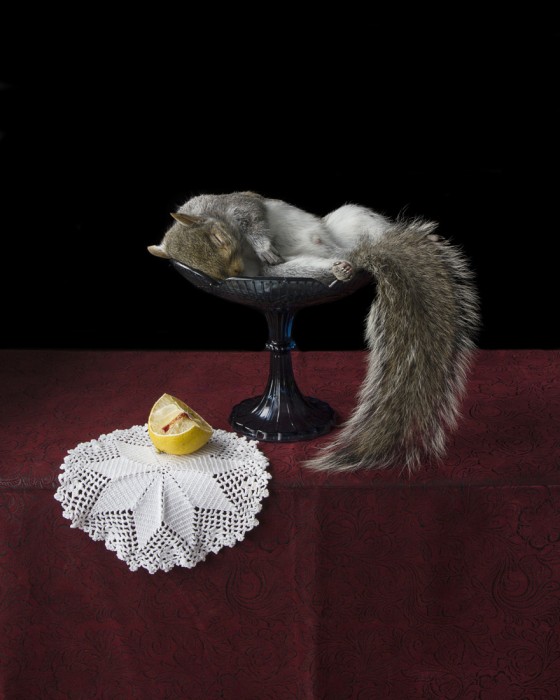 The still life brings a quiet formality to our chaotic world, and photographer Kimberly Witham has been finding order with objects and animals that are in her environment: plants, fruits, and vegetables from her garden, and animals that have found an untimely death on nearby roads with her new series, Of Ripeness and Rot.  Her compositions are elegant and earthy tableaux of the fragility of the natural world, celebrated and honored in beautiful painterly photographs.

Kimberly was born and raised in Wakefield, Rhode Island. She studied art history at Duke University, photography at the University of Massachusetts-Dartmouth, and taxidermy at the American Institute of Taxidermy. Her photographs are strongly influenced by her studies in art history and her interest in the natural world. Kimberly’s work has been featured in magazines including Color Magazine, PHOTO+ Magazine (S. Korea), BLOW photo (Ireland) and Wired (online) and has been used as cover illustration for books in the US and France. She has won awards and grants including a fellowship at the Center for Emerging Visual Artists and the Lindback Distinguished teaching award. Her work has been shown in solo and group exhibitions in the United States and abroad and is held in numerous private collections. Kimberly is represented by Gallery Kayafas in Boston. She currently lives and works in High Bridge, NJ. 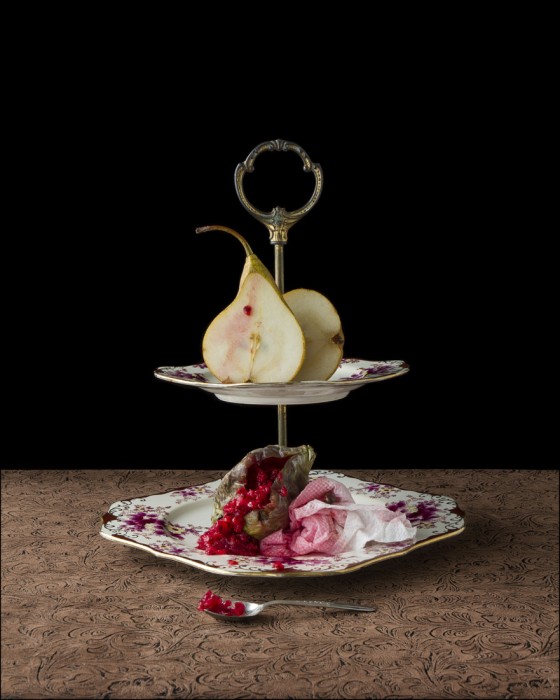 On Ripeness and Rot

These photographs are a very personal meditation on beauty, fecundity, fragility and the inevitable march of time. The visual language of these images is borrowed from classical Dutch still life painting. In these paintings flowers, fruit and flesh are represented in varying states of ripeness and decay. These paintings serve as both a celebration of beauty and a reminder of the inevitability of death. They are simultaneously seductive and grotesque. The materials used in my images are all culled from my surroundings. The flowers and vegetables are primarily from my garden. The animals and birds are all road kill found close to my New Jersey home. The ephemeral nature of my subject matter requires me to work only with what is available on any given day. 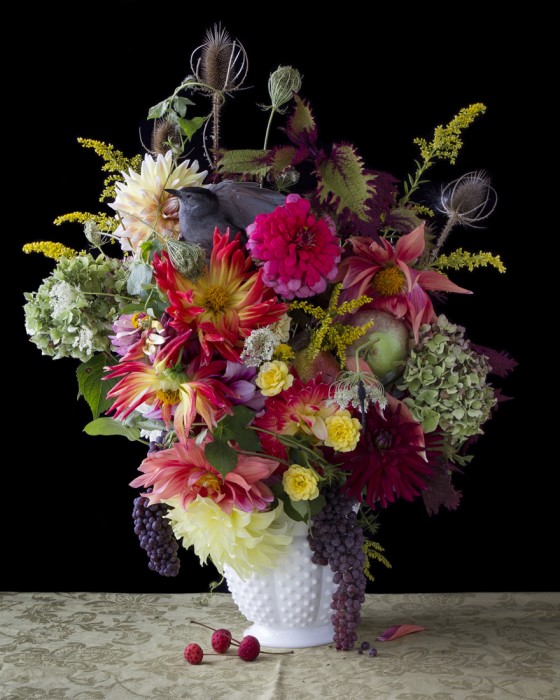 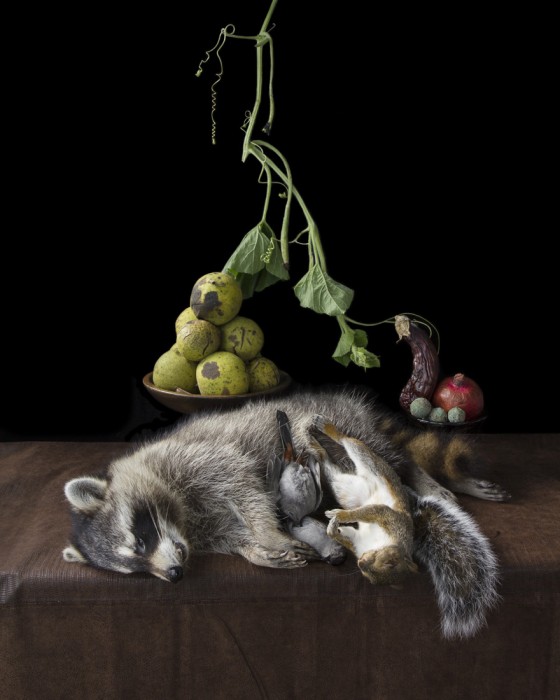 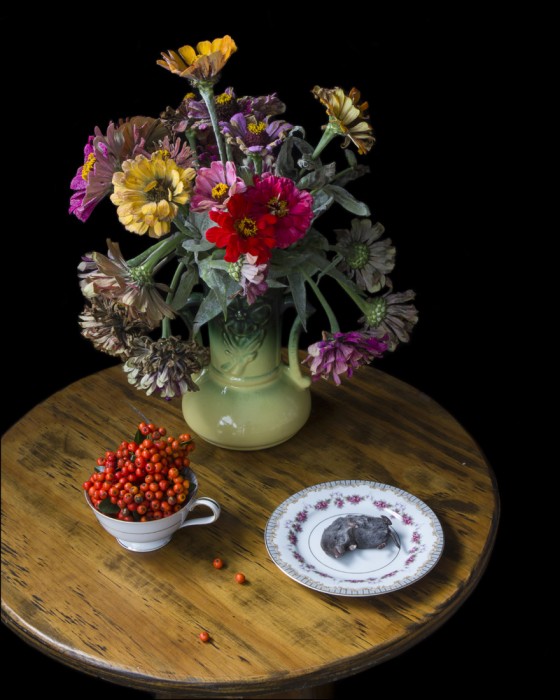 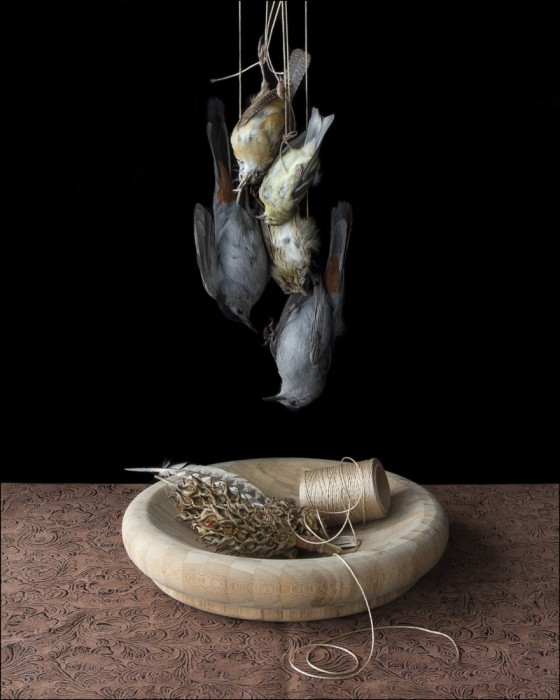 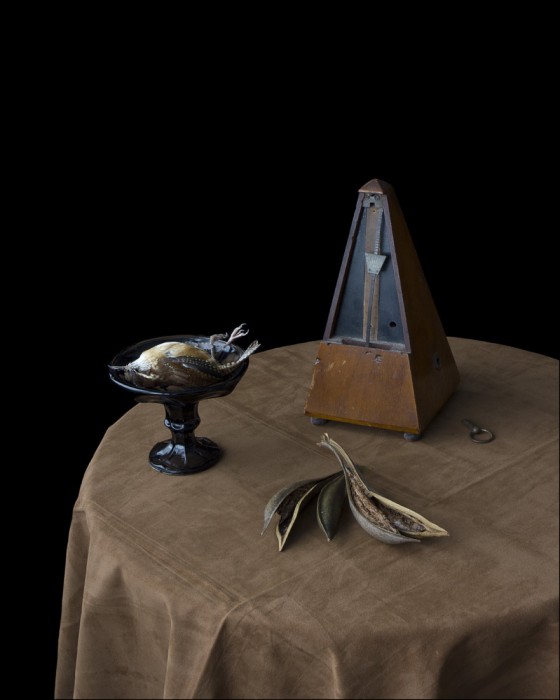 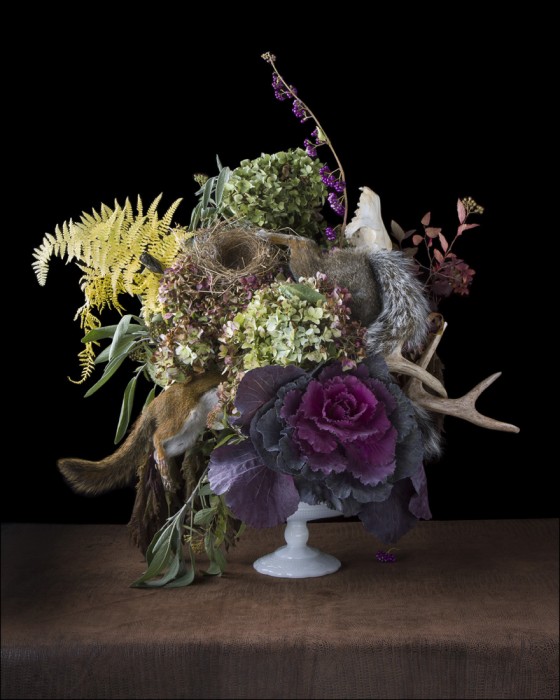 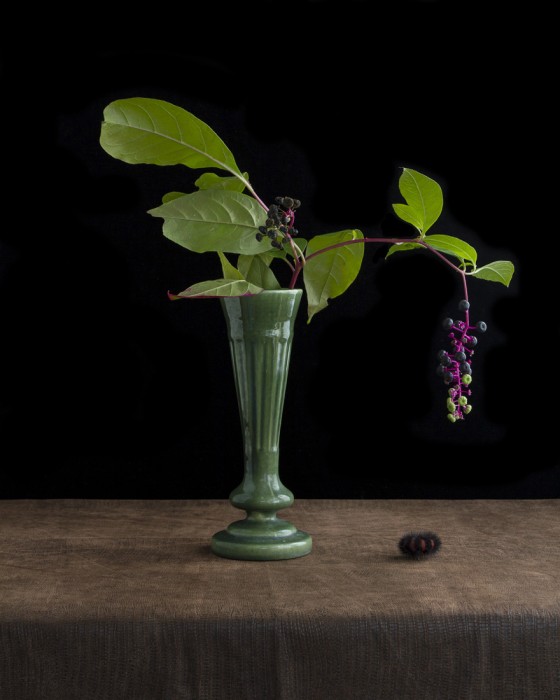 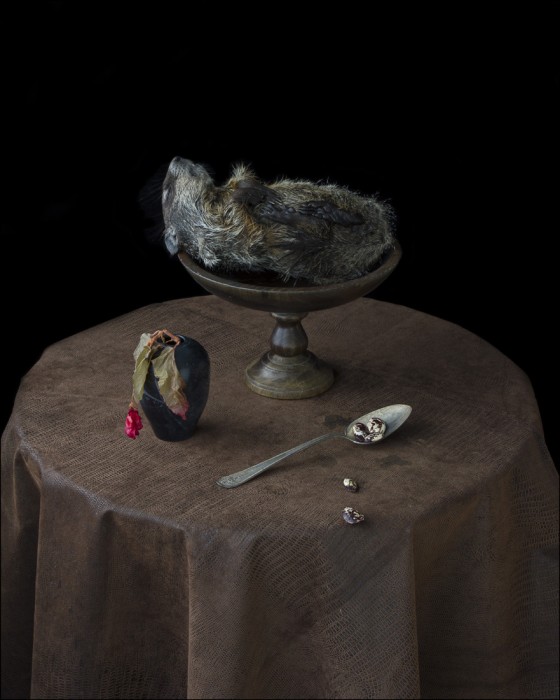 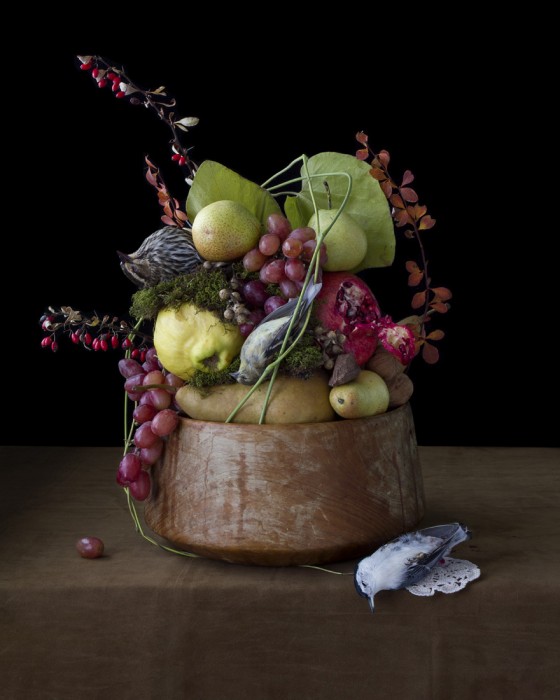 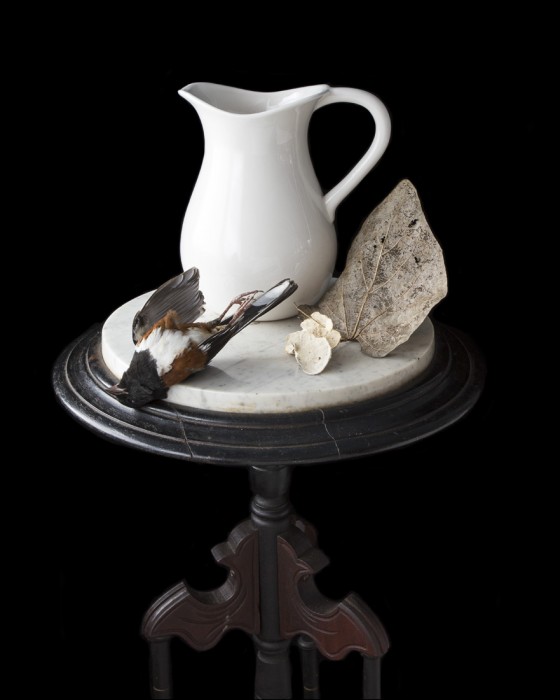 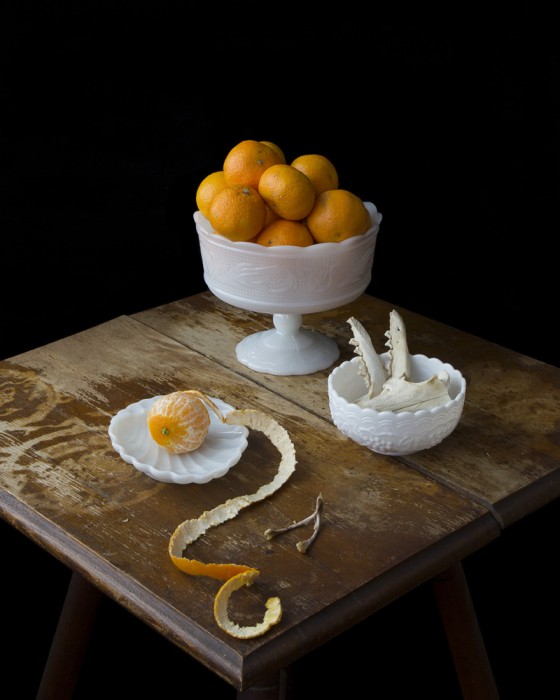 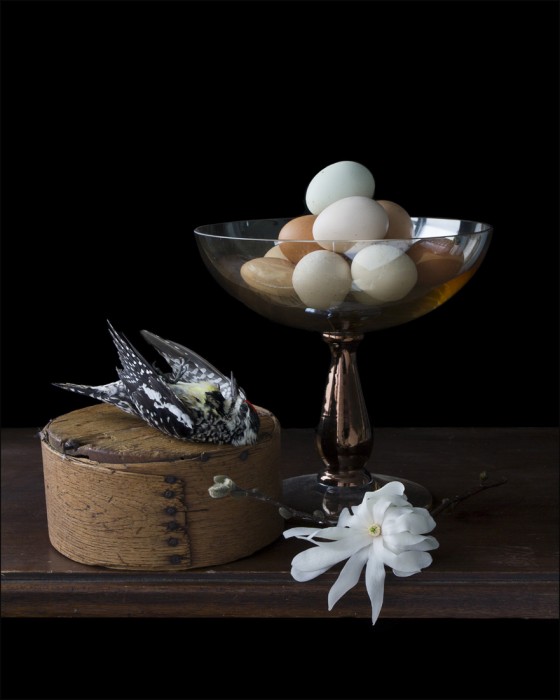