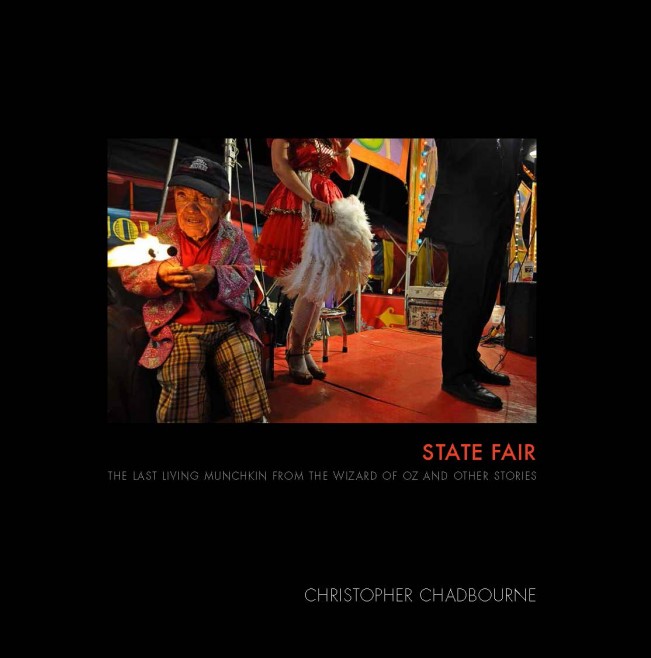 Photographer Christopher Chadbourne has a widely exhibited project, STATE FAIR: The Last Living Munchkin From the Wizard of Oz and Other Stories, recently published by Khrer Verlag. Signed copies with or without a signed, limited edition print can be obtained through the photographer’s website   and books can also be purchased on Amazon. It’s a project that celebrates human behavior during those carefree moments when we think no one is looking and examines the culture of play.

Bill Kouwenhoven wrote the introduction for State Fair, and Christopher and Bill will be doing a joint book signing at Paris Photo in November (13th, 14th or 15th) at the Kehrer Verlag booth. Christopher will also be teaching  a 2 day workshop on October 11-12 for the Griffin Museum at the Topsfield Fair,with a book signing on the 11th.

Christopher has taught design in the Graduate schools of Design at Columbia, Princeton and Harvard Universities. For 22 years he served as Founder and Creative Director of one of the United States leading exhibition design firms which crafted storylines, developed multimedia and designed graphics and theatrical set installations for museums. At the urging of his mentor, Magnum photographer Constantine Manos, he quit the day job 4 years ago. His interest in American culture and place led him to do a documentary on State Fairs, which he considers one of America’s most democratic institutions.

STATE FAIR has been exhibited in museums and international festivals and/or featured in magazines in the USA , South America and Europe. At Fest Foto , the International Photography Festival in Brazil, a film of STATE FAIR was one of the works discussed under the conferences theme: Surrealism’s Impact On Photography as Documentary and Fine Art. Chris was a Critical Mass Finalist in 2011 and was recently interviewed on National Public Radio. He serves on the Patients Advisory Council of the Michael J. Fox Foundation for Parkinson’s Disease Research. 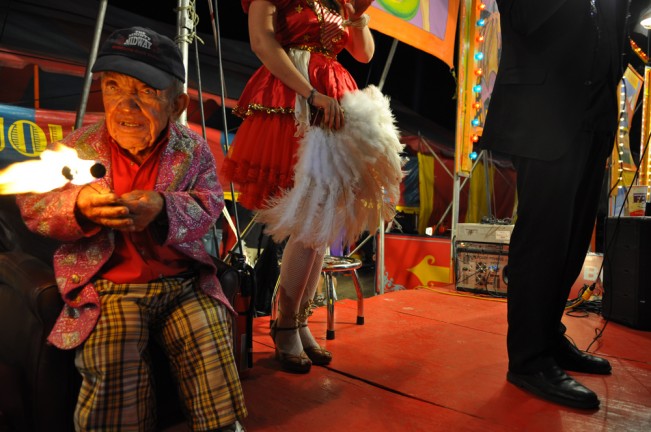 STATE FAIR: The Last Living Munchkin From the Wizard of Oz and Other Stories

State fairs are both one of America’s most democratic institutions and a stage upon which the ideosyncracies of human behavior play out against a backdrop of color, contextual complexity and human diversity.

For $5-$10 one can buy a ticket to the State Fair and once inside the gates, everybody has an equal opportunity to win at the games of chance; eat fried foods on a stick; watch the livestock competitions and a waterskiing squirrel; or take a near death experience thrill ride. It is a place of sensual overload on the eyes, ears and digestive tract. And it is a beloved American ritual drawing millions every year. They represent the spectrum of American diversity—in income, ethnicity, race, age, education and occupation. I photographed engulfed in the crowd—subject and context intertwined; to capture the exuberance, the motion, the color and the facial expressions that suggest stories buried within. 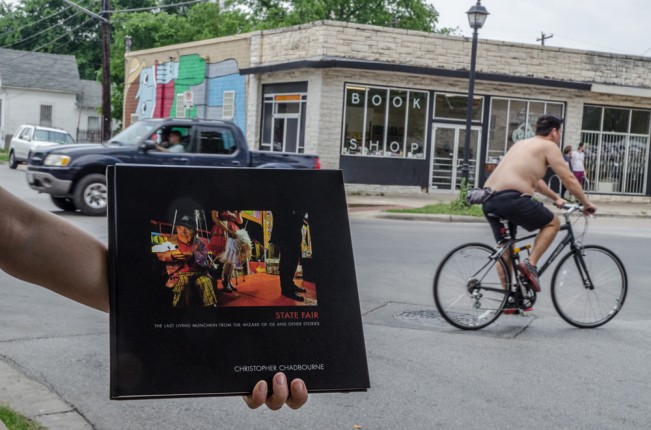 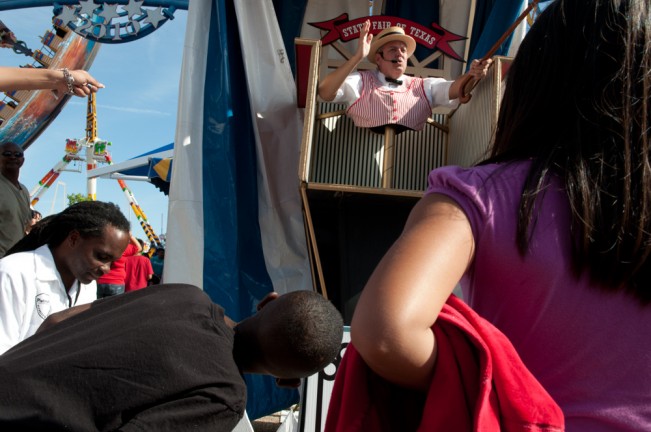 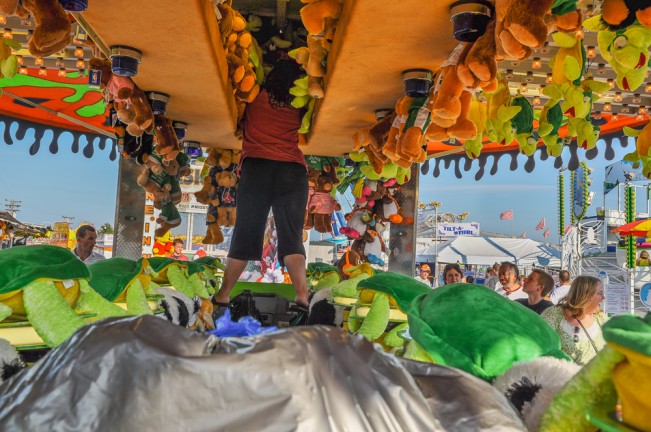 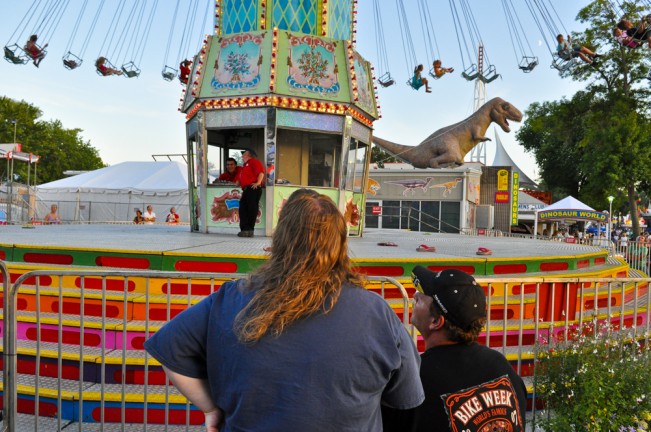 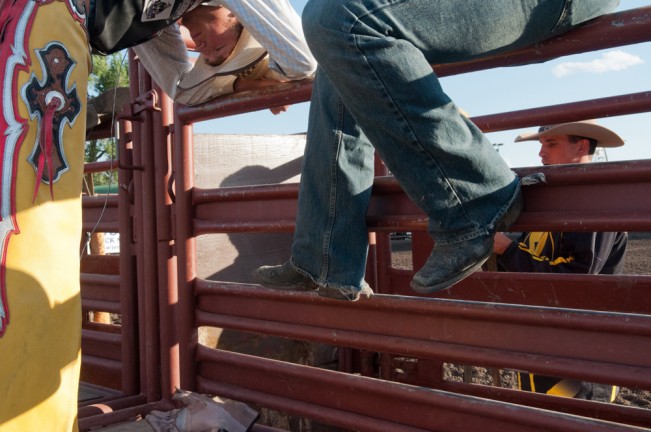 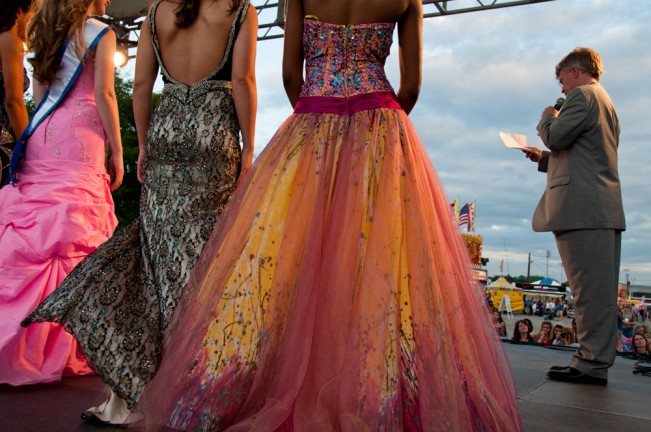 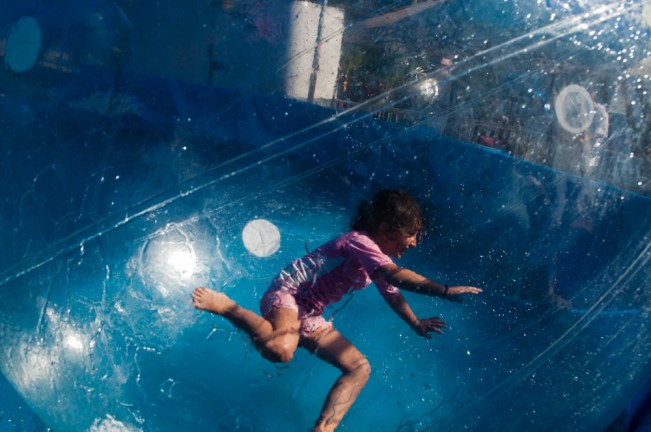 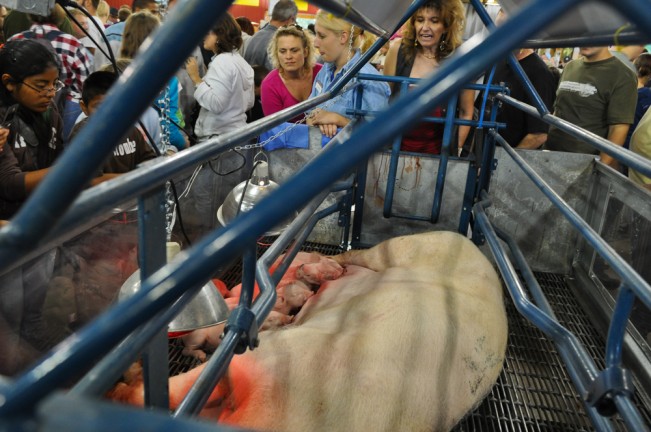 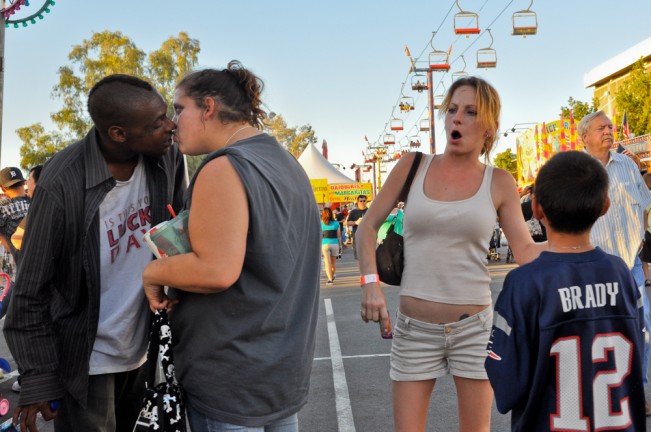 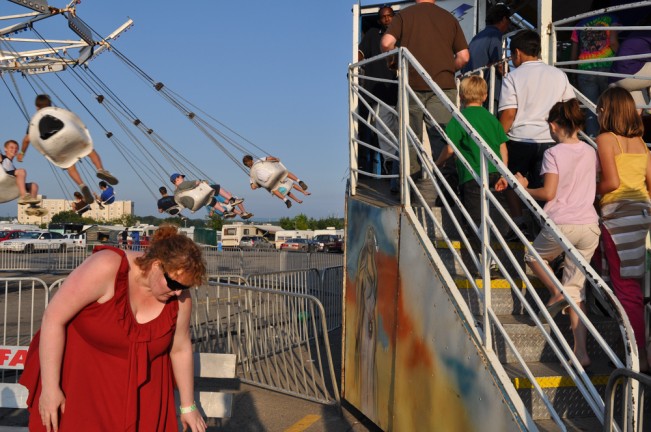 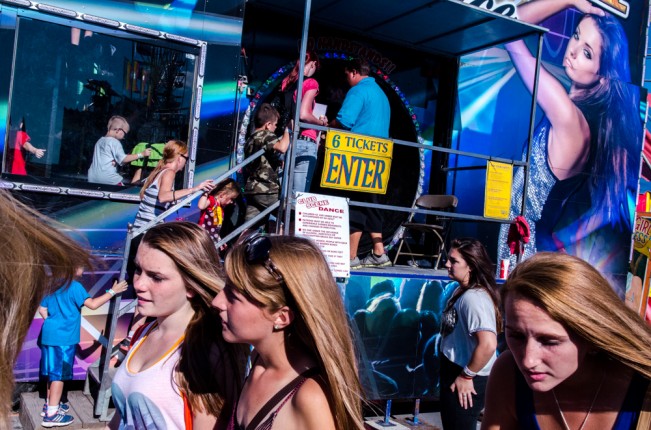 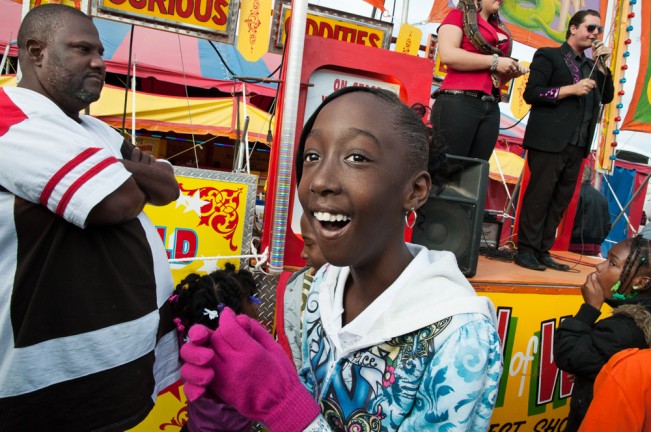 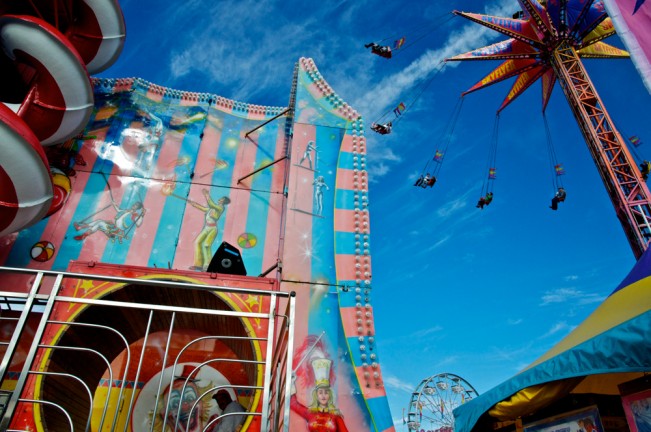 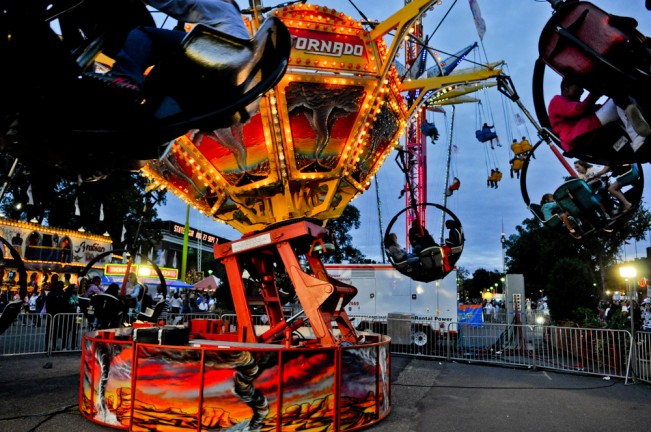 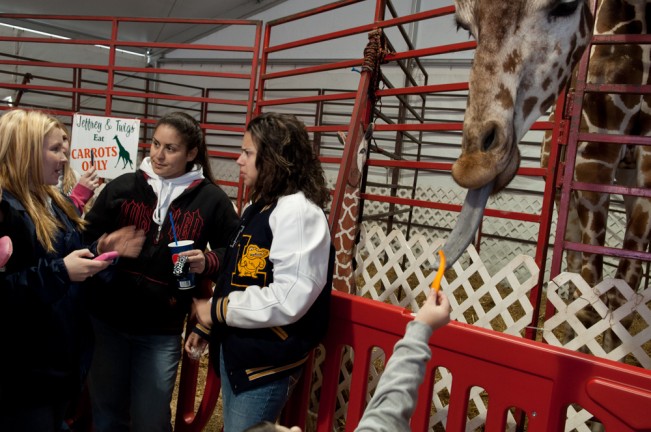