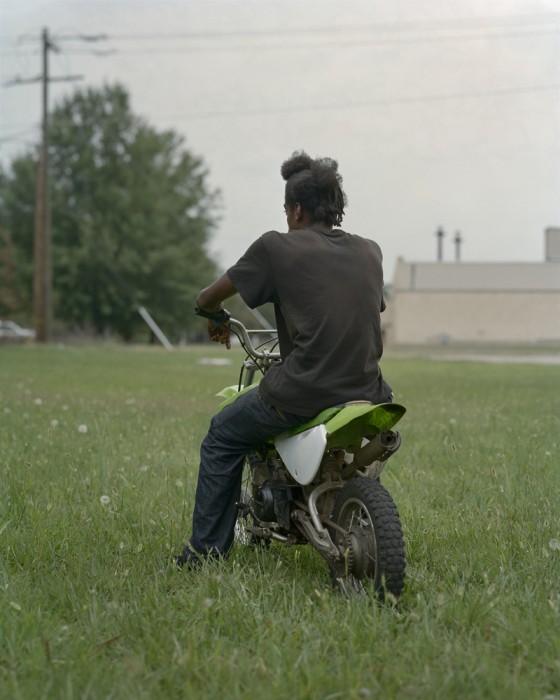 I met Shane Rocheleau during a tag-along with him, Stanley Wolukau-Wanambwa, and Susan Lipper on a fascinating, collaborative project they are working on with Brian Ulrich in Petersburg, Virginia. I became captivated by the compassionate, yet brutally honest duality of his photographs. Shane is currently an Adjunct Assistant Professor at Virginia Commonwealth University and Old Dominion University.

Shane Rocheleau was born in Falmouth, Massachusetts in 1977.  He received his BA (1999) in Psychology and English from St. Michael’s College in Vermont, a Post-Baccalaureate Cerificate (2005) in Fine Art from Maryland Institute College of Art, and his MFA (2007) in Photography and Film from Virginia Commonwealth University (VCU).  He has taught photography as an Assistant Professor of Art at St. Norbert College in Wisconsin and presently serves as an Adjunct Assistant Professor at both VCU and Old Dominion University.  His films have been screened nationally, and his photography has been published and exhibited both nationally and internationally.

These pictures represent the violence inherent in the vernacular of a place like Petersburg through culturally embedded biases and in relation to a person’s racial and socio-economic positions. In Petersburg, I am photographing America’s larger historically bound conflicts. As we struggle nationally with questions about the wealth gap, racial inequality, and the meaning of the American Dream, these images record how the people of Petersburg endure the tangible consequences preceding ideological conflicts, outside the theatrical abstractions presented by contemporary media and political discourse.

Despite meager resources and troubling levels of violence and inequality, the city survives and sustains itself. I have found beauty, companionship, and resilience in the place and its people. I believe the story of Petersburg has resonance – beyond its limited geography – in the American South and the in nation more generally. This project has enabled me to engage with class, race, and the role of empathy in both the destructive and creative compulsions of humanity.

Unlike most American cities, Petersburg is a veritable time capsule in which rests many of the major plot points of our shared national identity: John Smith and Pocahontas, the agricultural revolution, the Revolutionary War, the American Civil War, Free Black settlements, the rise and fall of manufacturing, the post-World War II boom, and the Civil Rights movement, amongst many others. As I continue this project one question disturbs me above all others: if Petersburg literally holds within its borders so many significant passages from our American Historical narrative, what does this reveal about the realities of the American Dream, American Exceptionalism, and the rugged individual? 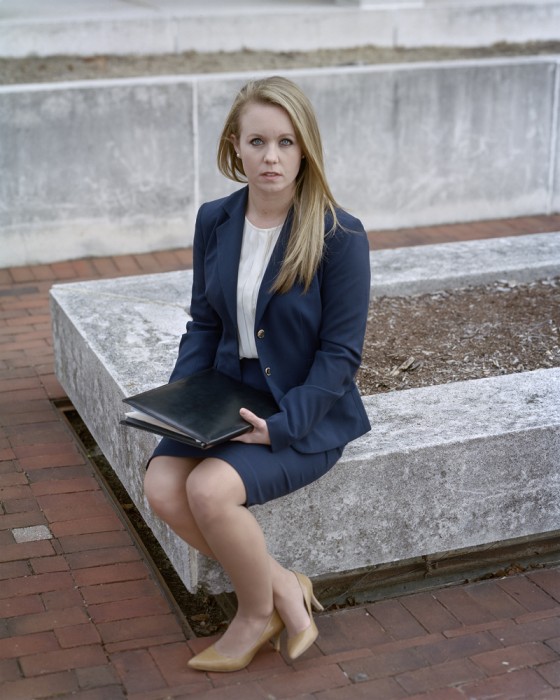 I have really been enjoying the work you have been producing in Petersburg.  Can you tell us a little about what intrigued you about this location?

Back in 2012, my buddy Brian Ulrich needed a bit of a distraction from his long-term projects. As photographers tend to do, he jumped in his car. He eventually found Petersburg and was quickly hooked. After a couple months, he started asking if I’d like to collaborate on something down there. At the time, I was spending all of my photographic energy hanging out with a group of homeless men near my home. I also wasn’t sure how I felt about collaborating on something; I’m a photographer, aren’t I supposed to go it alone? But he kept asking, and I’m so thankful that he did.

Around Christmas 2013, another friend, Stanley Wolukau-Wanambwa – whom Brian had successfully recruited – asked if I could give him a ride to Petersburg. It was the perfect ploy! I brought my camera on the proverbial ‘off chance’ and made my first picture within ten minutes of getting into town. A young man with tousled hair and a neon orange caution jacket emerged from a green motel across the street from where I parked. I felt that strange love-at-first-sight I feel when I want to make a portrait, so I hustled over. I saw his face was scratched and bloody. He said his “old woman” had beaten him up, and he was taking refuge, but he was so calm and cordial and generous.

That’s Petersburg, I think. At least that’s my Petersburg. It’s been beaten, but the battering hasn’t broken its spirit. I’m attracted to that. It feels so human and true, even if strangely optimistic. 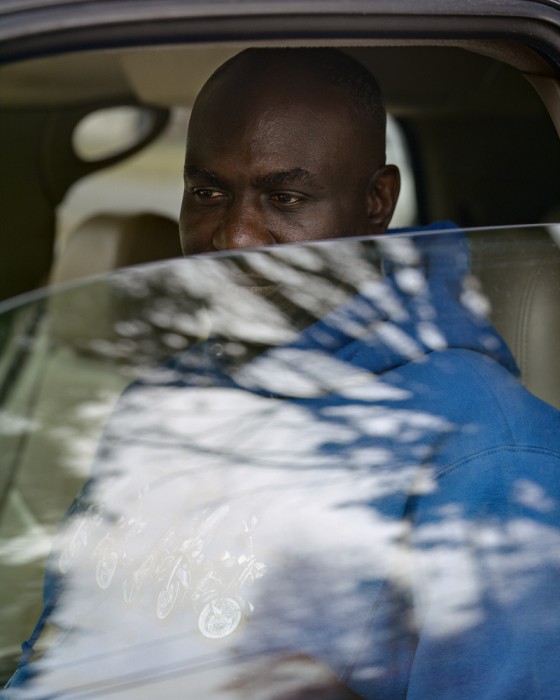 What have you discovered while working there that you didn’t expect?

That day photographing with Stanley – and so many subsequent days photographing with him, Brian, Susan Lipper, and a few others – was nothing short of exhilarating. I came out of that day having felt the full force of my own spirit. I didn’t realize until then that I don’t necessarily have to go it alone. I found this wonderful place, but I also found a more profound photographic camaraderie I didn’t know could exist for this lonely, camera-strapped wanderer!

But I’m guessing you mean, more: what, specifically, did I discover in Petersburg?

Unlike most American cities, Petersburg is a veritable time capsule through which intersects many of the major plot points of our shared national identity: John Smith and Pocahontas, Slavery and the agricultural revolution, the Revolutionary War, the American Civil War, Free Black settlements, the rise and fall of manufacturing, the post-World War II boom, and the Civil Rights movement, amongst so many others. It all happened here.

As I’ve come to know Petersburg’s dense, complicated history, one question repeats itself yet louder in my mind the more time I spend there: if Petersburg literally holds within its borders so many significant passages from our American Historical narrative, what does this reveal about the realities of the American Dream, American Exceptionalism, and the rugged individual? While we struggle as a nation with the wealth gap, racial inequality, and destructive partisan discord, Petersburg bears their yield. It exists as a material exemplar of the theatrical abstractions presented by contemporary media and binary political discourse. I didn’t expect Petersburg could deliver me this ostensibly perfect microcosm, in which the overlapping of American history and our present, collective lived experience could be seen in all its clarity and contradiction. 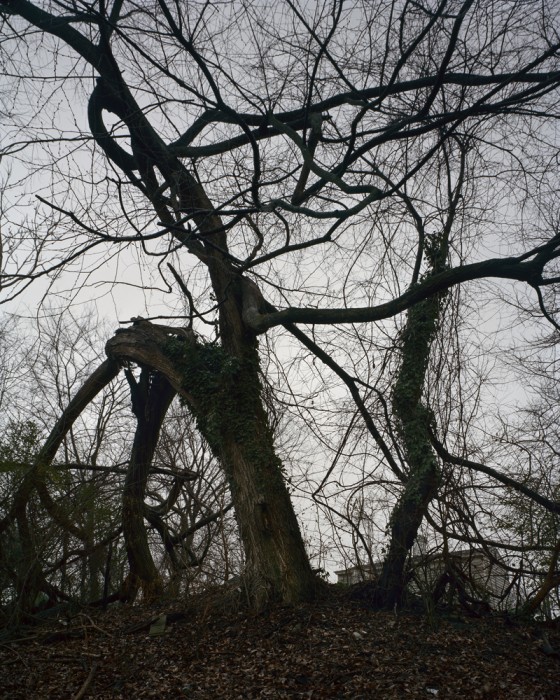 You do a wonderful job integrating a historical narrative into these images, what do you see for the future of Petersburg?

More than three-quarters of the city is African-American. Unlike too many U.S. cities – where hegemonic demographics might be mistaken for the Confederacy’s – Petersburg’s Mayor and Police Chief are both African-American. Its historical main drag, Sycamore St., is lined with stunning nineteenth and early twentieth century stone, brick, and marble buildings. White flight has surrendered these spaces to African-American business owners and local artists, all of whom seem truly invested in revitalizing Petersburg’s economy, architecture, and citizenry. Pocahontas Island, a free black settlement predating the Civil War, recently began hosting a Juneteenth celebration, commemorating the abolishment of slavery. I truly feel a surge of hope and pride in Petersburg.

I’m suggesting, however, that Petersburg’s narrative follows closely with America’s, writ large. It seems to me that our nation finds itself at a psychic impasse. Increasingly, we’re conscious of the many tensions – social, racial, economic, ideological – amplifying our individual and provincial differences. Some, thankfully, are responding with a call for unity and shared responsibility; others, however, seem determined to revivify old hierarchies. Maybe I’m being alarmist, but if the latter group were to dictate our future, Petersburg would certainly suffer. I hope the former group prevails. 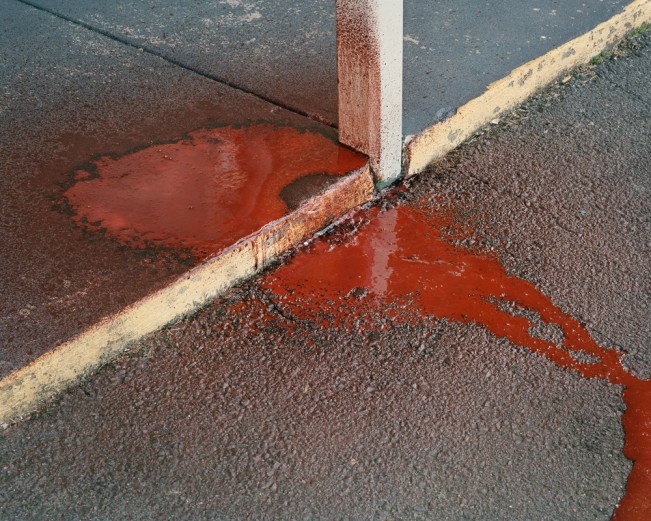 You have spent a lot of time in other parts of the United States, and now reside, teach, and make photographs in the South.  What draws you to Virginia?  Is there anything that keeps you here that you don’t think you could find elsewhere?

Yes, you’re right. I’ve traveled through most of the contiguous U.S. I’ve lived and worked in several regions. If I have a choice, and I’m lucky enough to have that luxury, I want to be where the tension is, where the struggle is, where the splintering of identity expresses itself most explicitly. That’s here and now. That’s Virginia as I see it.

But there are certainly some other, more conventionally seductive draws. Bob Dylan once said that Burlington, Vermont has the best sunsets in America. I lived in Burlington for the better part of eight years, and I can only assume Mr. Zimmerman slept his days away in his few stays in R-V-A! I’ll give Burlington number two. Also, the topography may be unmatched on the eastern seaboard. From Richmond, I can access surfboard worthy waves, mile-high mountains, and all the interstitial wonders bridging those antipodes.

Here’s the thing, though, the final thing: if I were a textual wizard I just may succeed in explaining this to you, but this is what I got: Virginia’s light. That’s it; that’s my complete sentence: Virginia’s light. Had Muir spent more time here, I wonder if Yosemite would be cliff side condo-land and Virginia the nation’s National Park Mecca? I’ll concede California’s landscape, but that’s an issue of scale. The light, though? Bring it, California; Virginia’s got you! 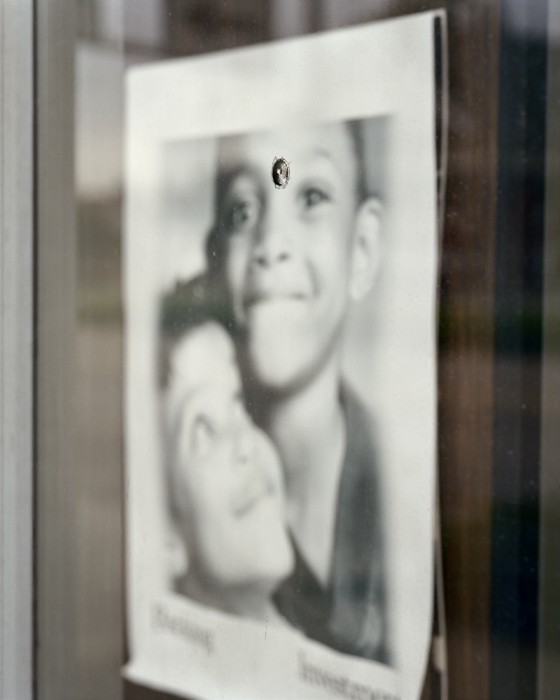 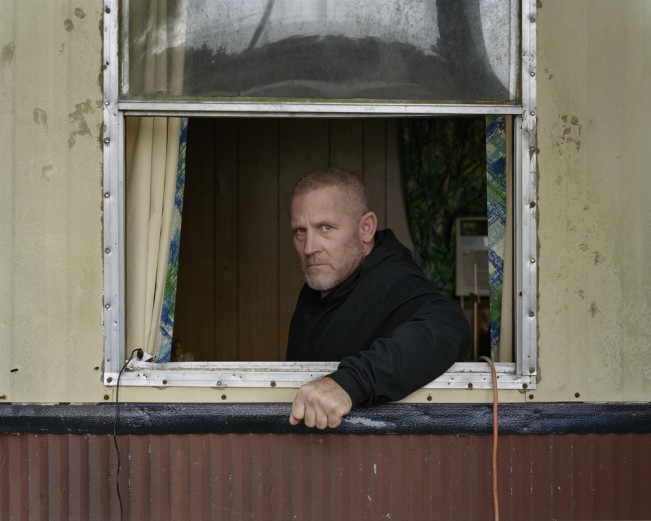 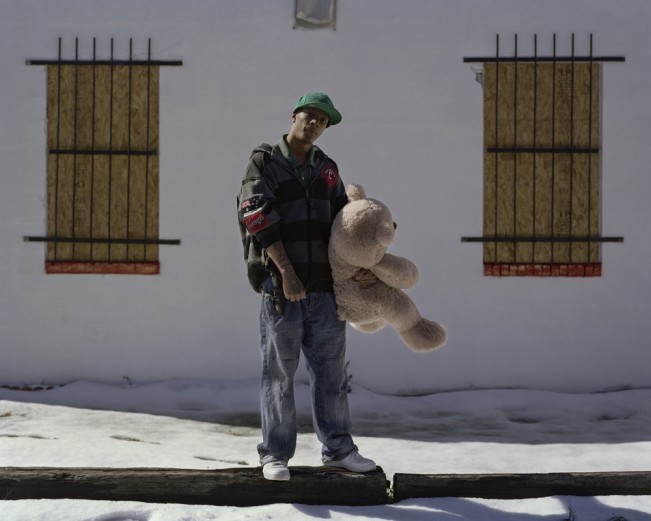 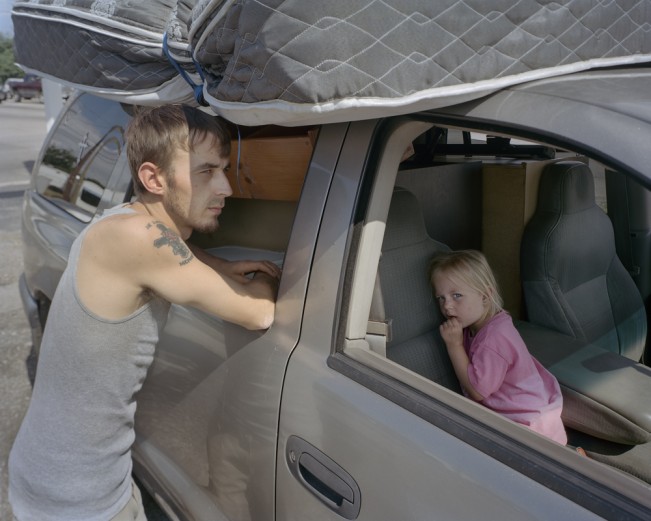 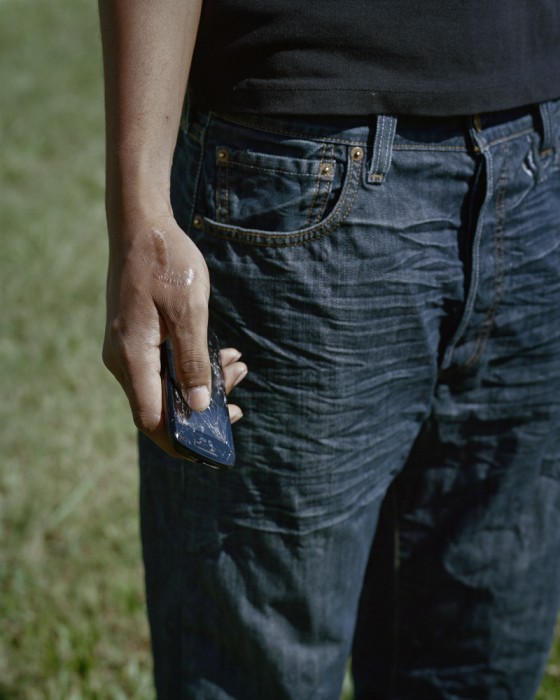 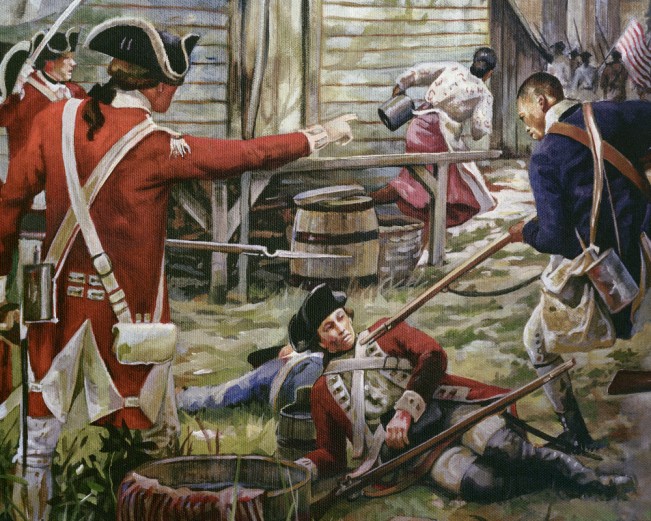 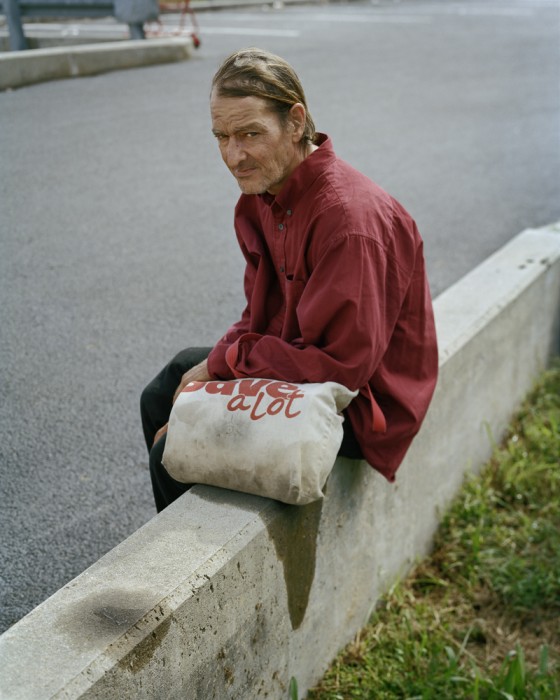 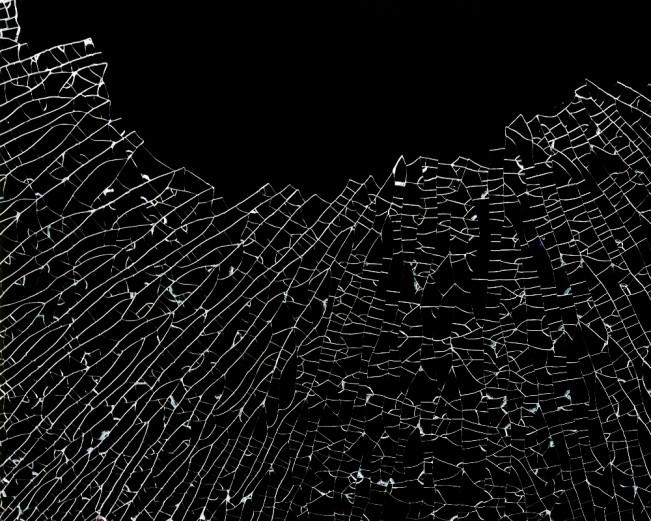 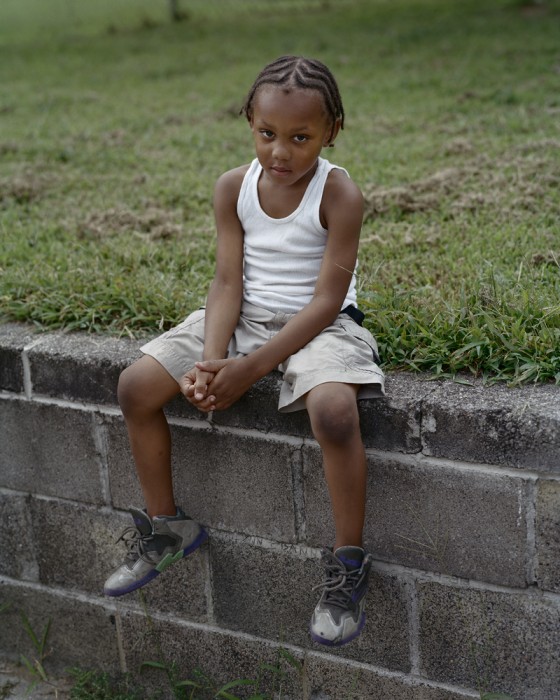 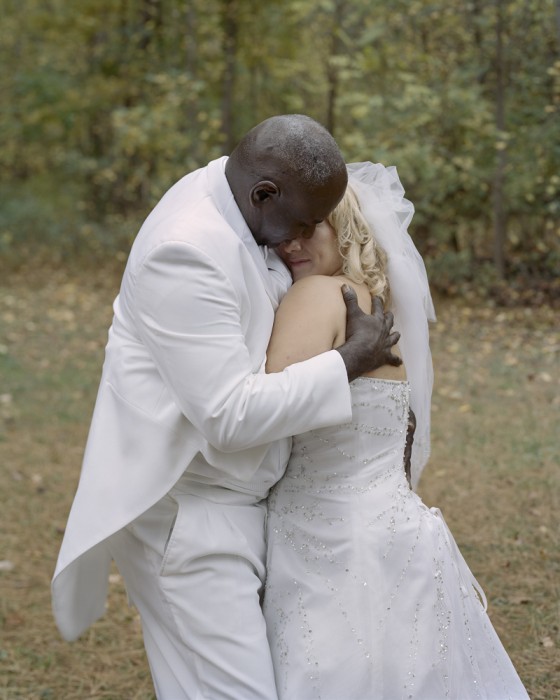