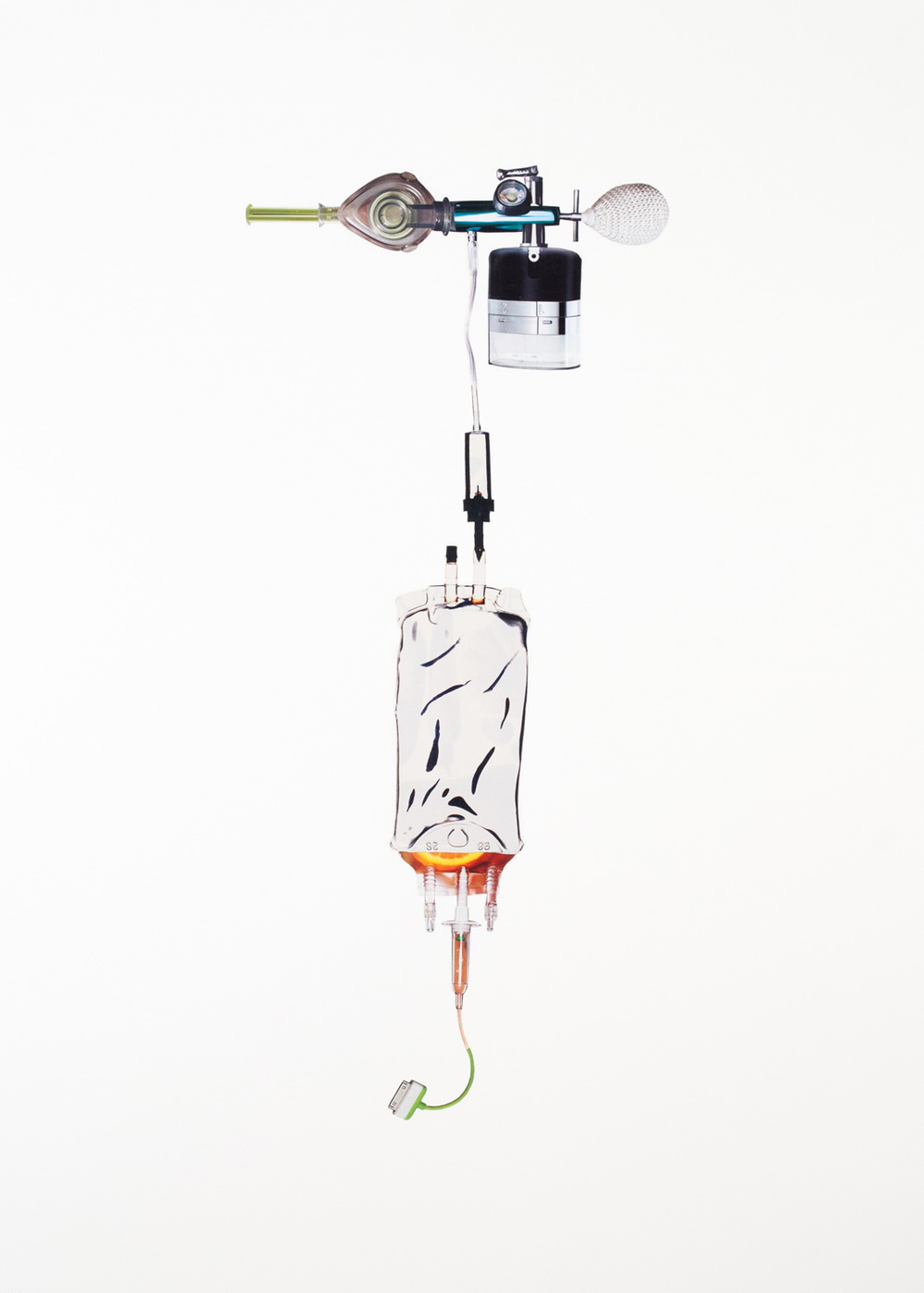 Multimedia artist, Laura Splan, explores science through art. Known for broaching challenging subject matter, she uses art to expose human anxiety related to biological contagion and the trauma of illness. Some of the materials she uses to create her two-dimensional and three-dimensional art objects include medical devices, cosmetic facial peels, and even her own blood. Her work is shocking, like Blood Scarf where she a creates a scarf knit out of clear vinyl tubing imitating an intravenous device filled with blood, which is connected to a user’s hand. In the series Doilies, she creates machine-embroidered lace, which exposes the designs of different viral structures (HIV, SARS, influenza, herpes and hepadna).

In Splan’s series Modular Systems, she collages together photographic images found in consumer health magazines. These compilations range from photographs of everyday objects like a tube of lipstick to medical components like a syringe. She creates two-dimensional objects that offer a skeptical view of human participatory functions, whether it is breathing, prodding, or inhaling. Taking a captivating approach, Splan puts the viewer on edge by questioning current media ideologies related to medical science.

Laura Splan’s work examines the material manifestations of our cultural ambivalence towards the human body. Her conceptually based projects employ a range of traditional and digital techniques. She often uses found objects and appropriated sources to explore socially constructed perceptions of order and disorder. Much of her work is inspired by experimentation with materials and processes including blood, cosmetic facial peel and digital fabrication.

Splan’s work has been exhibited at venues including Museum of Art & Design (New York, NY), New York Hall of Science (New York, NY), Museum of Contemporary Craft (Portland, OR), and Beall Center for Art + Technology (Irvine, CA). Commissioned projects for her work have included soap residue paintings for the Center for Disease Control, computerized lace doilies for the Gen Art New Media Art Exhibition, and 3D-printed sculptures for Davidson College. She received a Jerome Foundation Grant for artist research at venues including the Wellcome Museum (London, UK) and La Specola (Florence, IT). She has been a visiting lecturer on intersections of Art, Science and Technology at Stanford University (Palo Alto, CA), Mills College (Oakland, CA) and Illinois State University (Normal, IL). She lives and works in Brooklyn, NY. 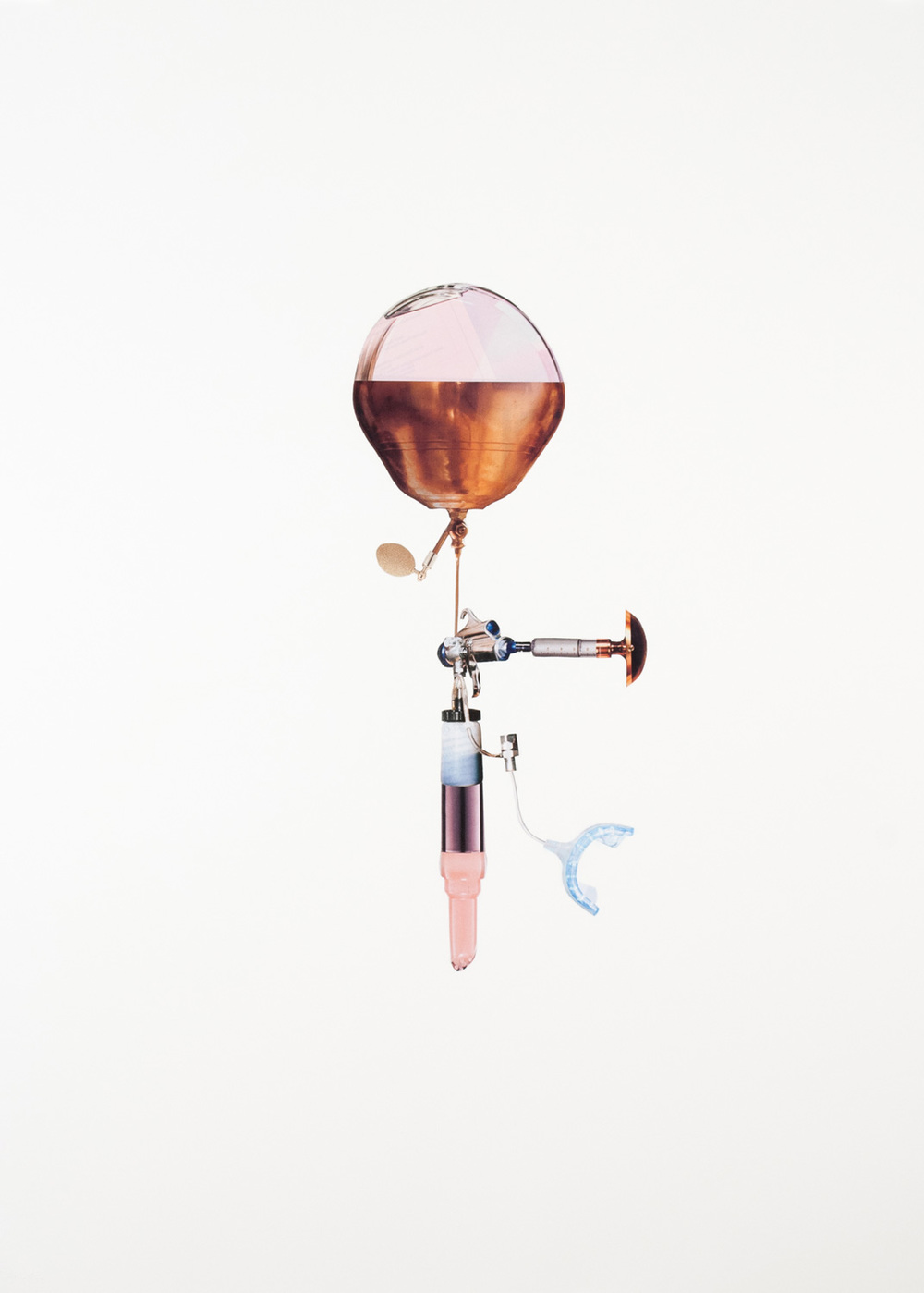 Modular Systems examines the medicalization and technologization of consumer products. Incongruous components mined from ads for real products come together to form uncanny dystopian devices. The meticulously constructed collages belie their medium and destabilize the viewer’s understanding of the real and the constructed, the plausible and the implausible. 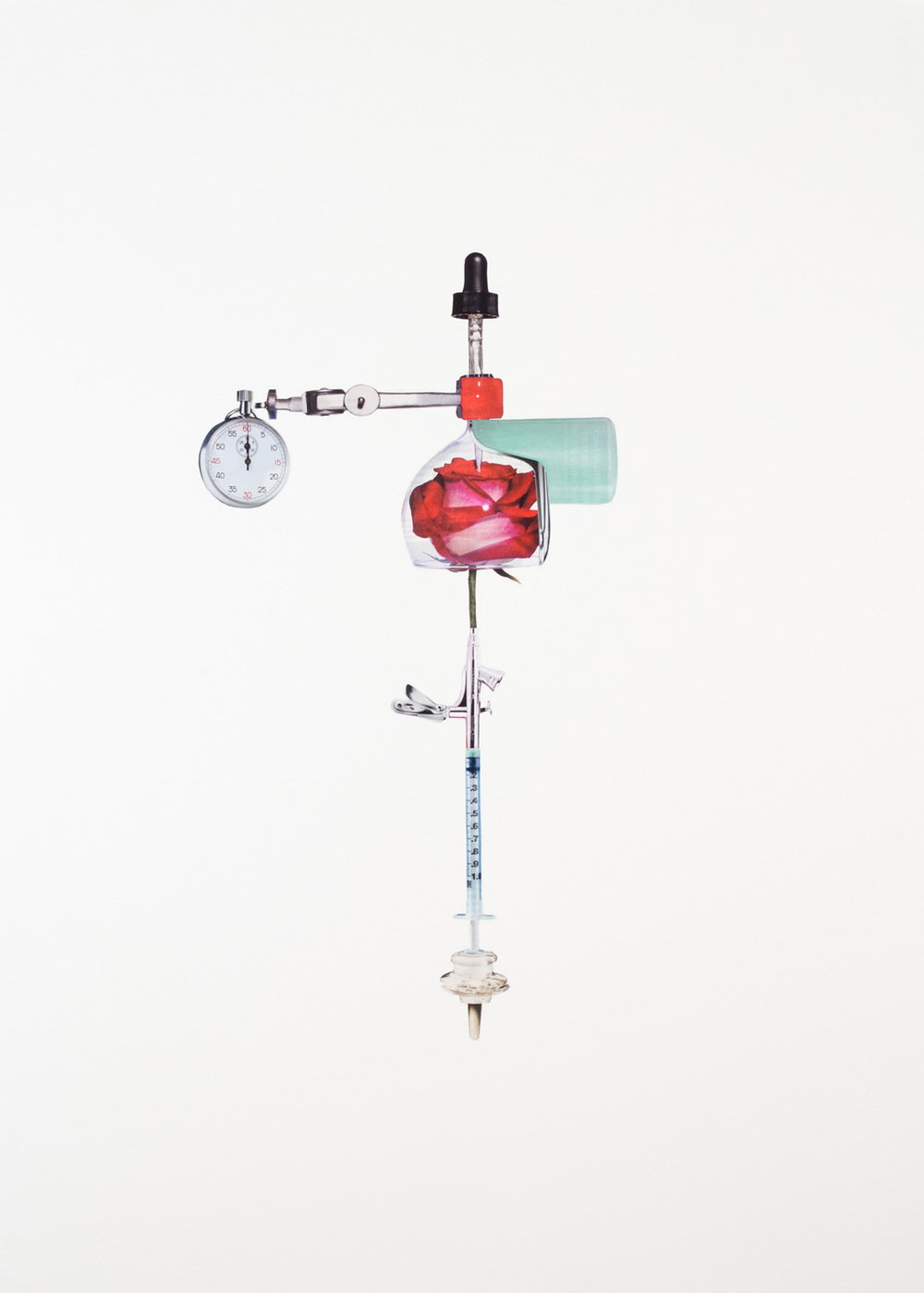 How does photography play a role in your artistic practice?

The photographic image was my entrée into art making. It is typically my point of departure for everything including drawing, sculpture, textiles, ceramics, and of course photography. Although, I began my undergraduate work at UC Irvine as a Biological Sciences major, my curiosity was won over by elective Art courses. I took my first photography class with Catherine Opie and was a lab tech in the photography lab that she ran at UCI. And there were several fantastic photo-based artists in the department including Tammy Rae Carland, Ken Gonzales Day, Daniel Joseph Martinez, and Connie Samaras. Photography and video felt accessible to me in their unique technological ability to record an image with relative ease. There was an instant gratification in the record yet infinite (and inspiring) possibilities in how one might transform that image via the camera, darkroom, editing, digital manipulation, and installation. I’ve been exploring those possibilities ever since. And obviously my interest in the Biological Sciences has persisted and continues to drive the conceptual basis for my studio practice. 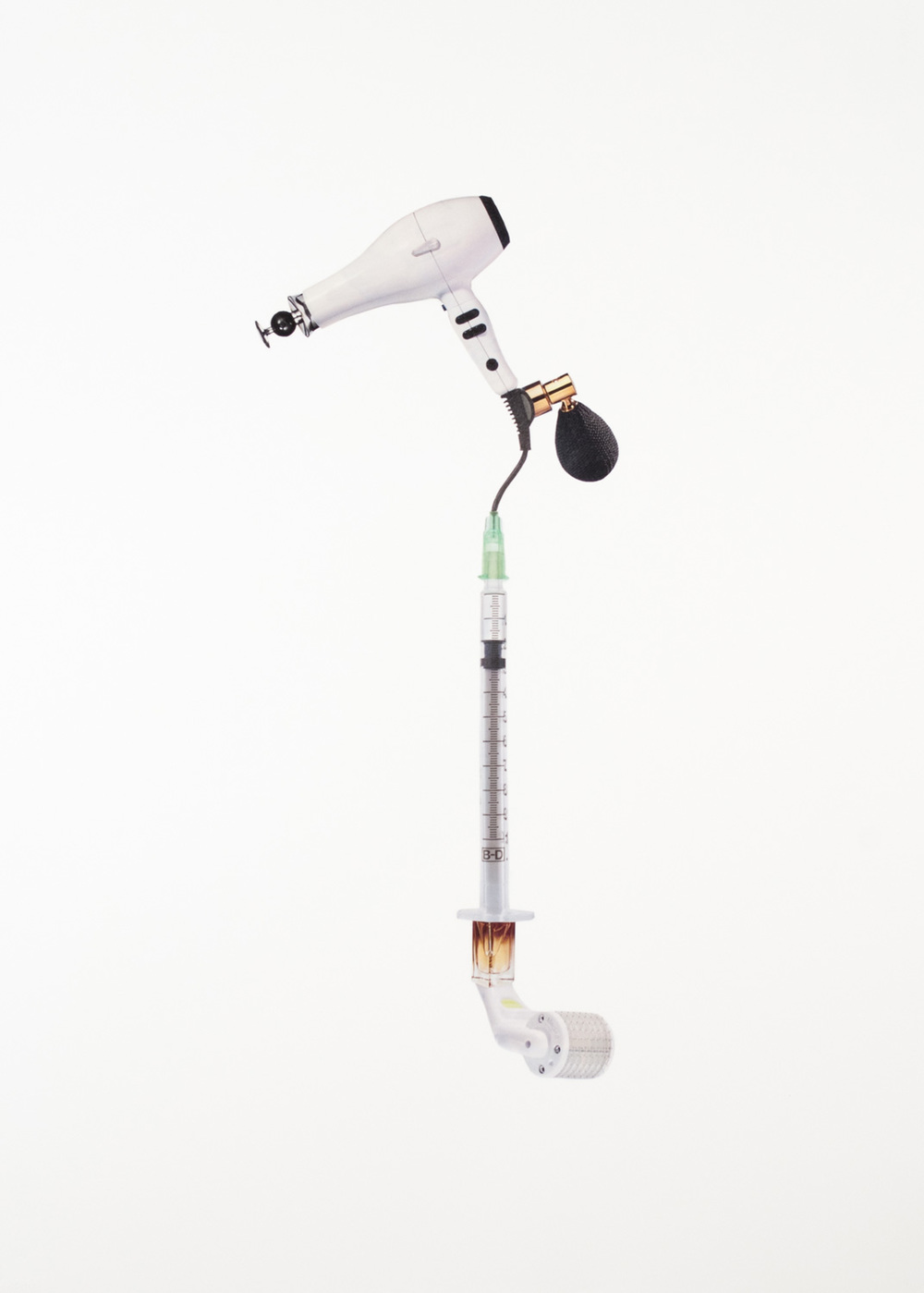 In the series Modular Systems, why did you choose a two-dimensional format rather than create three-dimensional objects?

The collage works on paper (i.e. Modular Systems, Reformulations, Meta Static) are an interrogation of the conflation of pseudo-scientific and pseudo-spiritual imagery in the media landscape. I was initially preoccupied with the promiscuous use of scientific diagrams, statistical data, and medical imaging as means to legitimize consumer products and prove their effectiveness. However, once I began mining lifestyle, health, beauty and fashion magazines, I noticed there was another agenda in the leveraging of science. The advertising and editorial images were also conflating notions of health, beauty, and vitality with promises of salvation, purity, and enlightenment. An elliptical paradigm emerged in which the authority of science blurred with spiritual transcendence—where one reinforced the power of the other in an alternating fashion. From there I began and continue to have quite a bit of fun reconfiguring the narrative implications and tropes of the advertising illustrations and photography. Absurd juxtapositions, uncanny configurations and grotesque accumulations continue to reveal themselves and there doesn’t seem to be any end in sight. It’s a never-ending project—the health and beauty industrial complex is the gift that keeps on giving.

Inspired by the source material of the magazines, I’ve recently returned to some early media studies texts particularly concerned with notions of decoy and camouflage in advertising1. While turning countless pages, I was more struck by how overt rather than subliminal the construction of these images was. The conspicuousness of the scientific was as much camouflage and decoy for the elusive evidence of salvation as it was stand-in or substitute. And the accompanying text only pushes it over the edge. In the series of over 100 collages that I’ve constructed, most have a unique title that is pulled directly from the ad speak of the source material:

A Precise Solution For Every Problem

Made By The Same Scientists Who Created The Gold Standard

The choice of collage with hand-cut imagery from magazines was very intentional. As an artist who often uses digital media, I could have certainly employed digital imaging techniques. However, it was important to preserve the authenticity of the “original”—to further illuminate the absurdity of the source material by using only the material itself. Viewers often mistake these images for inkjet prints or photographs at first glance. But the floated framing of the collages constructed on fine art watercolor paper with a deckled edge begs closer inspection. Upon closer viewing, the collage seams and even printed text en verso reveal the construction of the images from their individual parts. In some, such as Meta Static, there are as many as 100 individually hand-cut cosmetic smudges making up a unified image. In others, such as Modular Systems 1-5, the serendipitous matching of scale belies the individual components that make up the unfamiliar yet plausible whole of some dystopian medical device.

Regarding the collage format, I would never describe anything I make as two-dimensional. All art is sculpture to me. A piece of paper has dimension, a screen-based work has the dimension of the screen, a projected work has the dimension of projected light in space. Everything is considered and the artifacts and materiality of those considerations make up their dimension and ultimately their power. I was actually creating a series of hand-built ceramics based on the collage imagery in tandem to the construction of the collages. The ceramics were a way of domesticating the imagery on a further level in which the already abstracted and aestheticized forms were carefully yet pathetically rendered by hand in white stoneware. They were an attempt to take the bastardization of the source (science) to an absurd extreme rendered as minimalist form that evoked all the pathos and absurdity of the magazine ads from which they were appropriated. 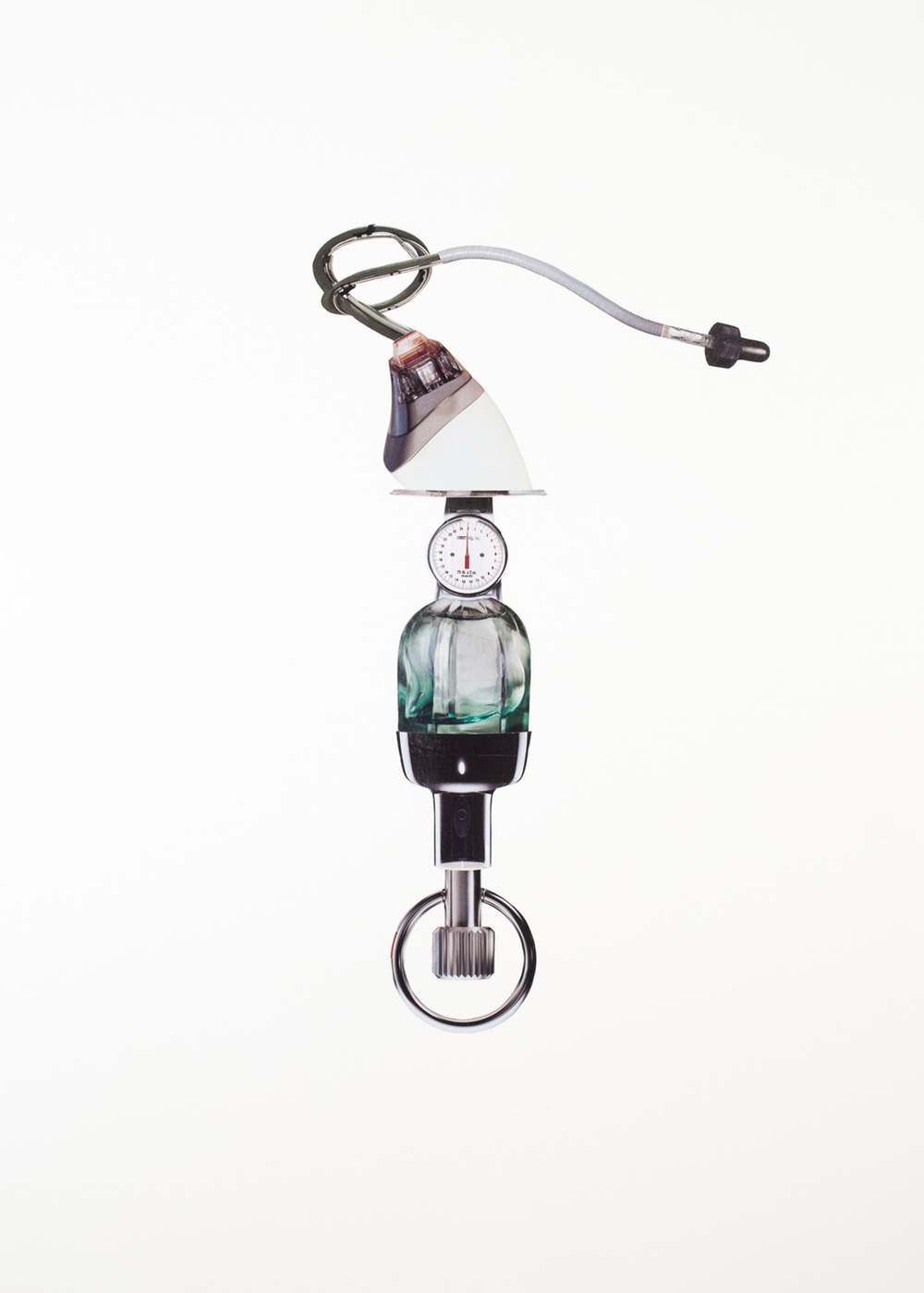 There are several series within your long-term project Modular Systems. At what point do you know that the project is complete?

No project is ever complete. There are only deadlines. 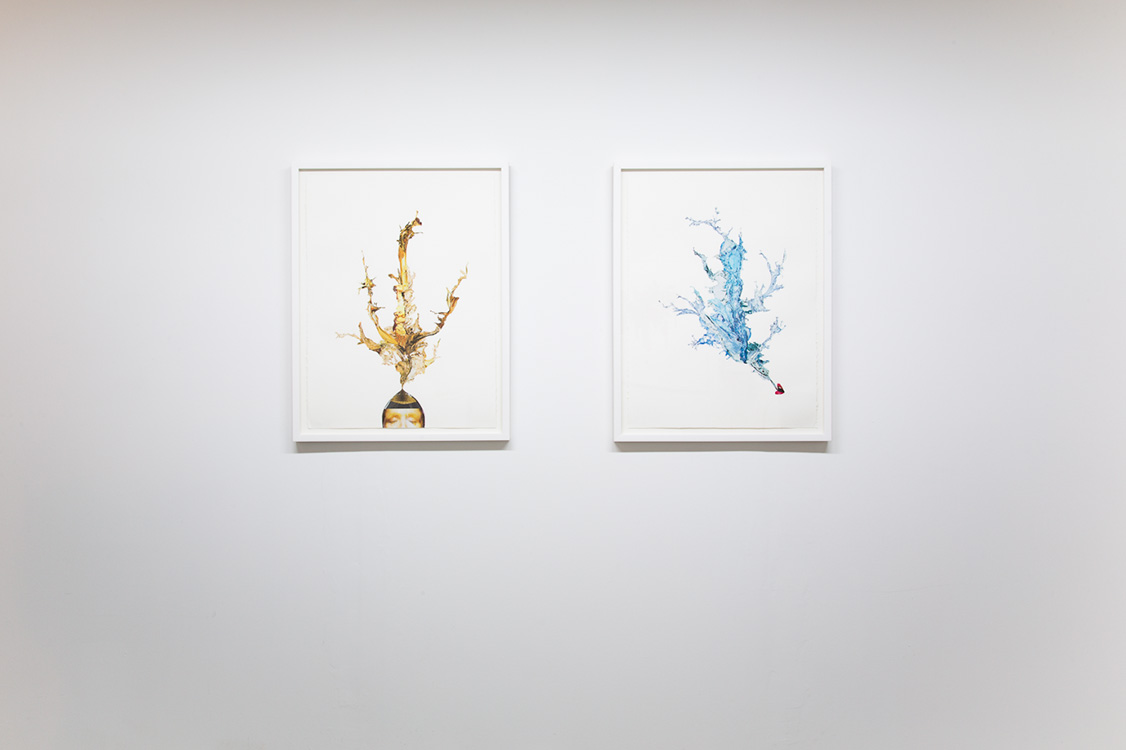 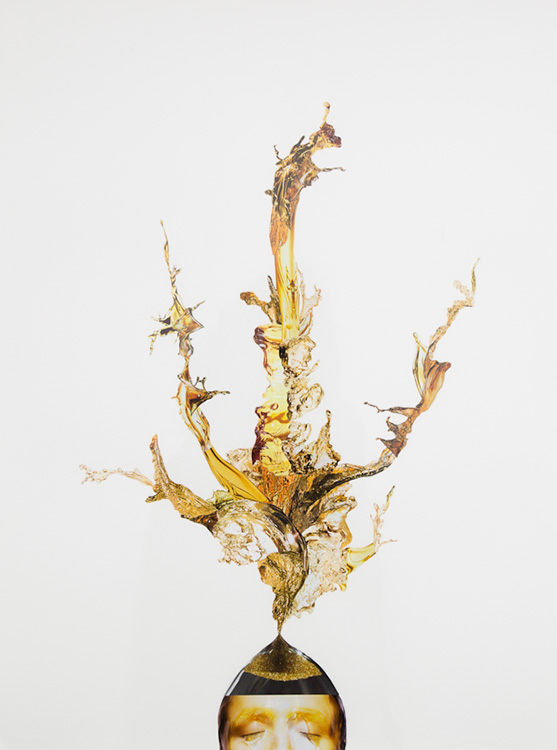 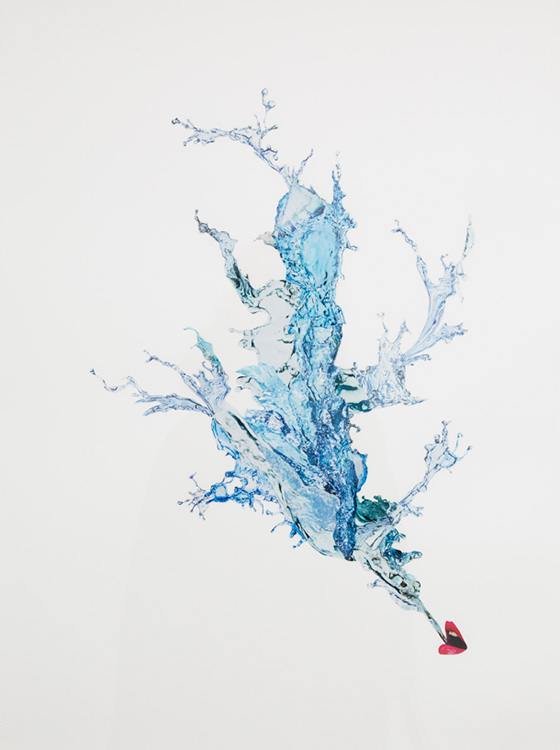 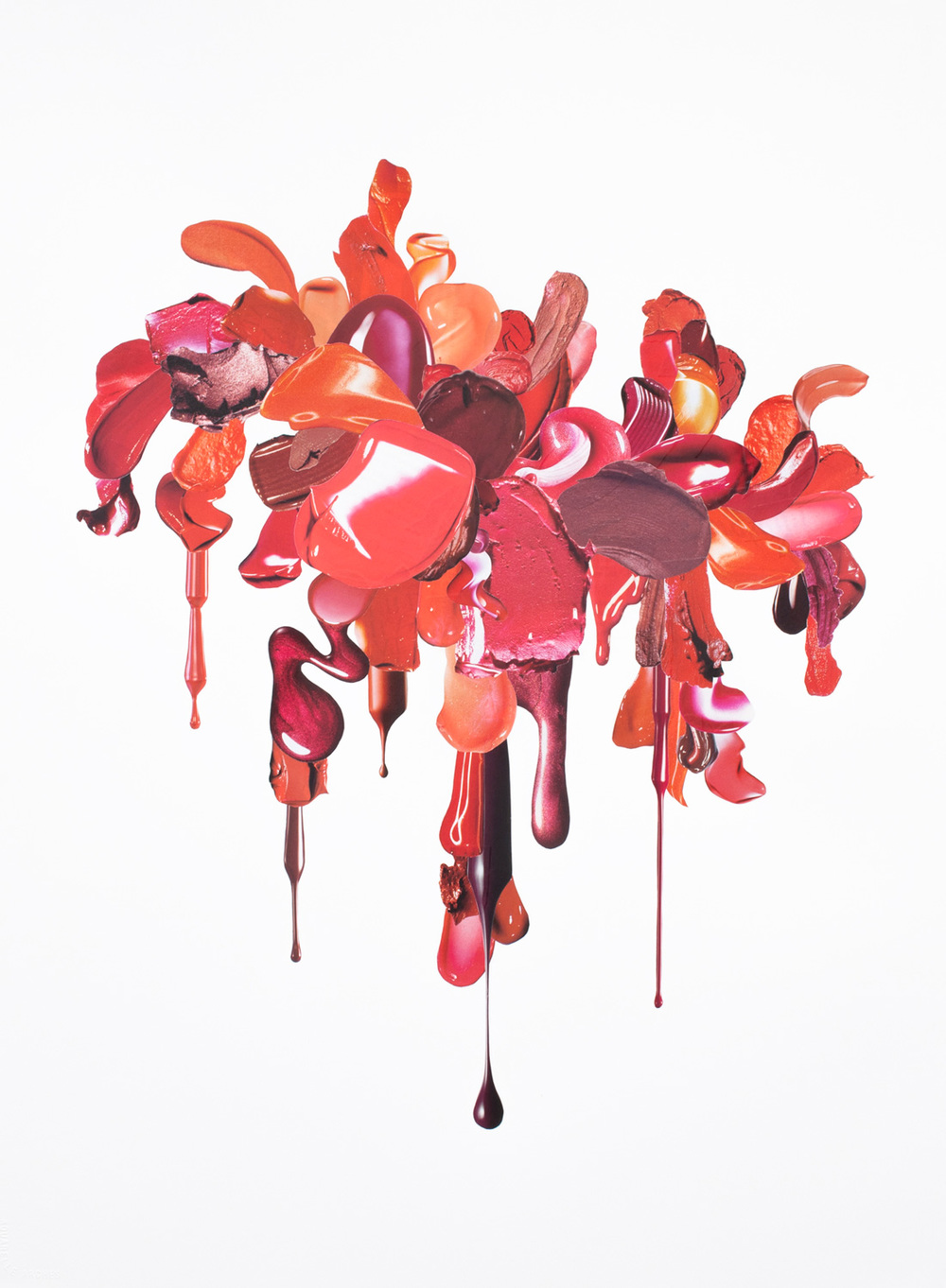 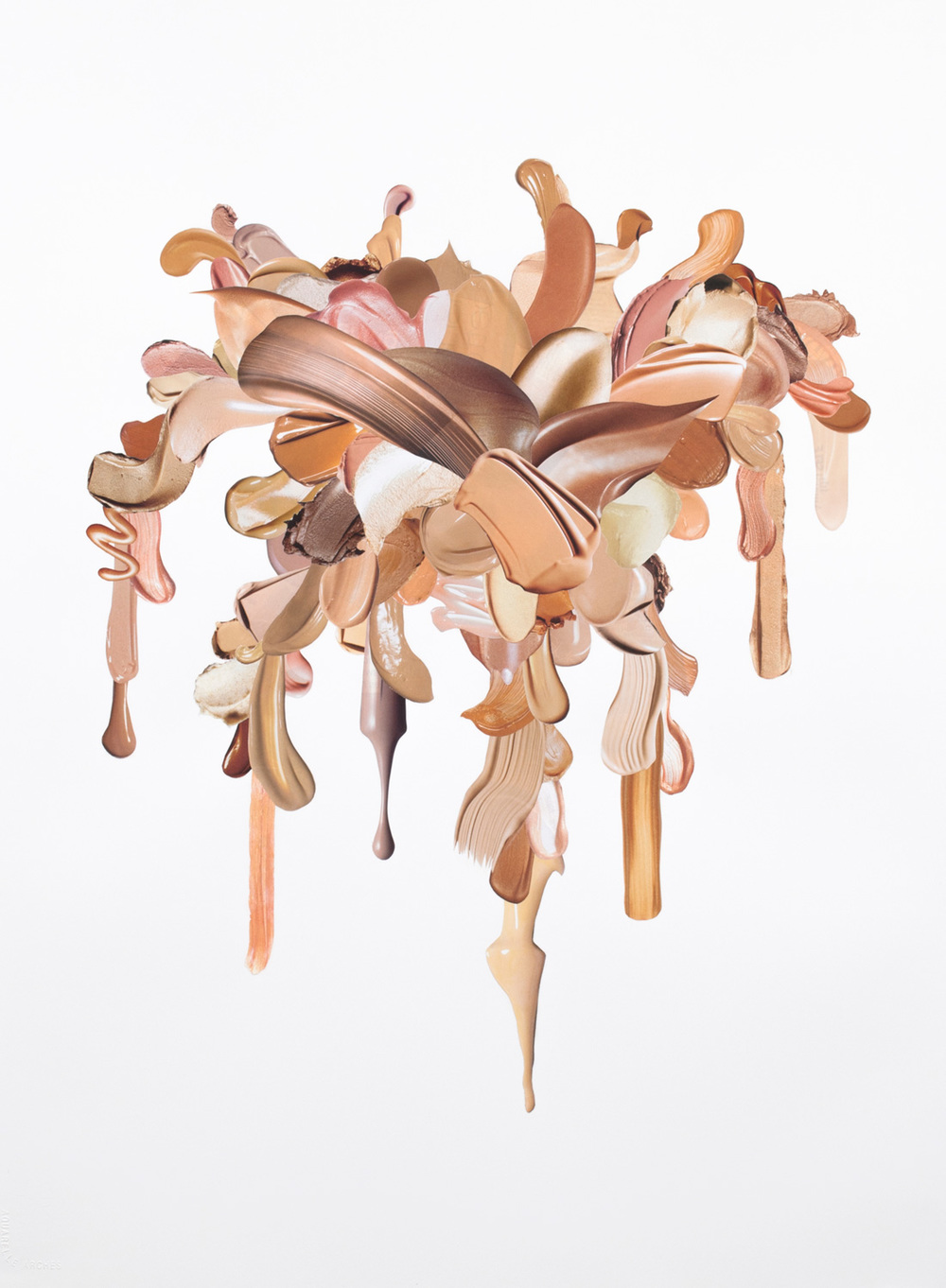 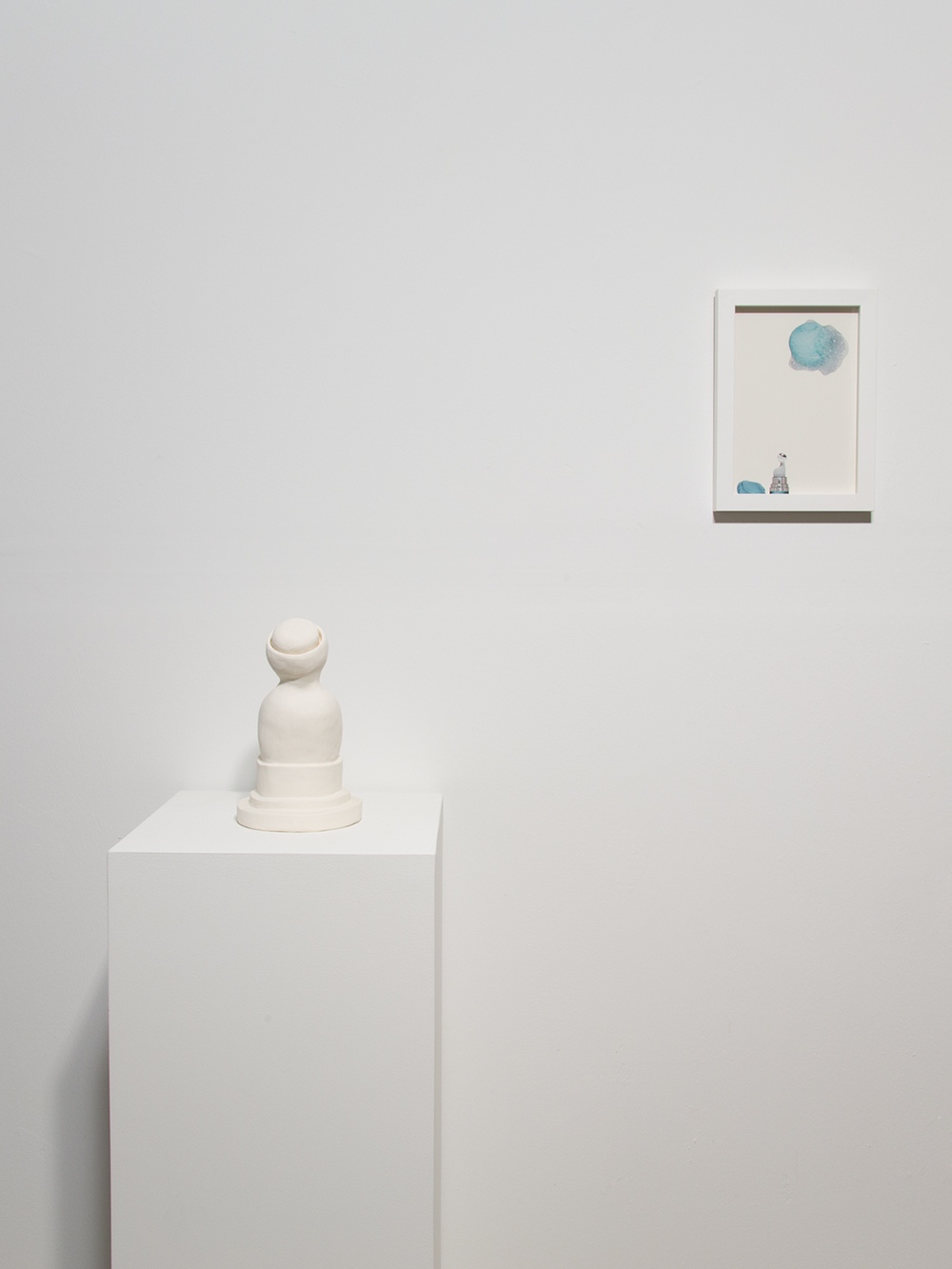 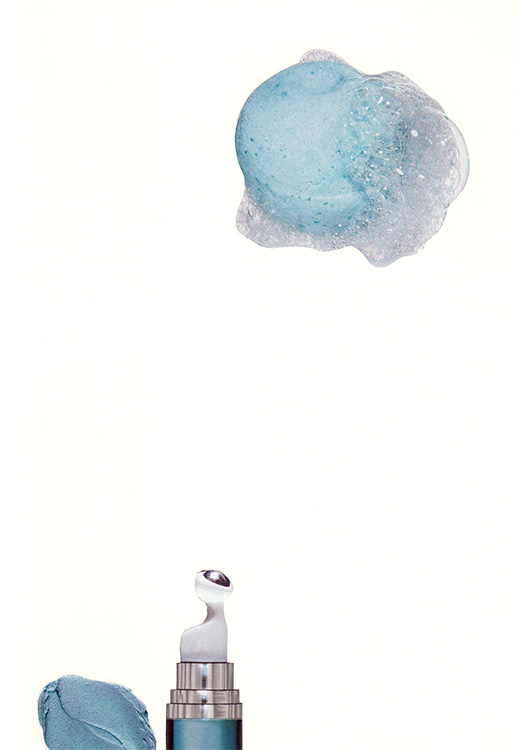 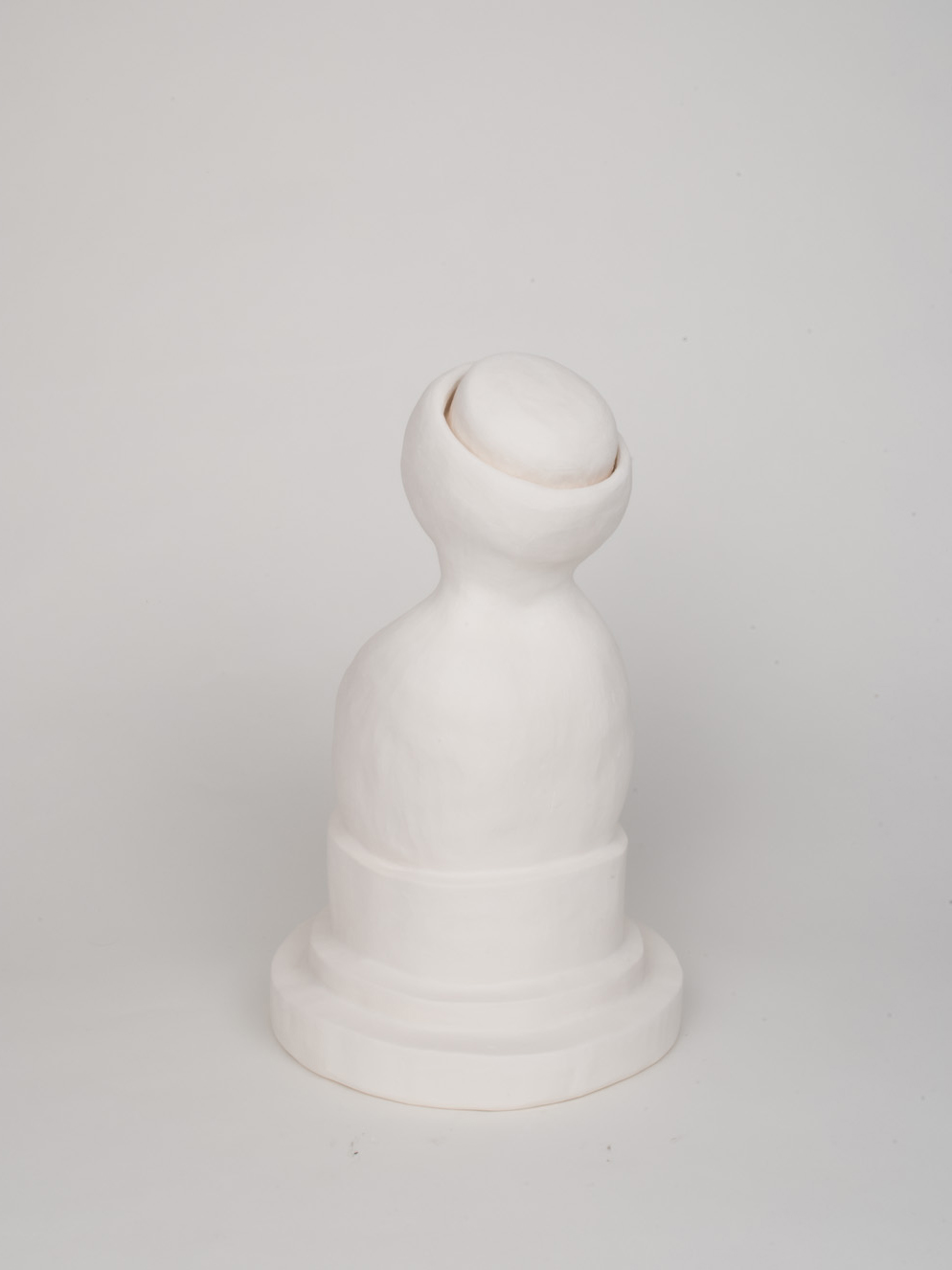 ©Laura Splan, Distillations (Something To Look Forward To), 2011 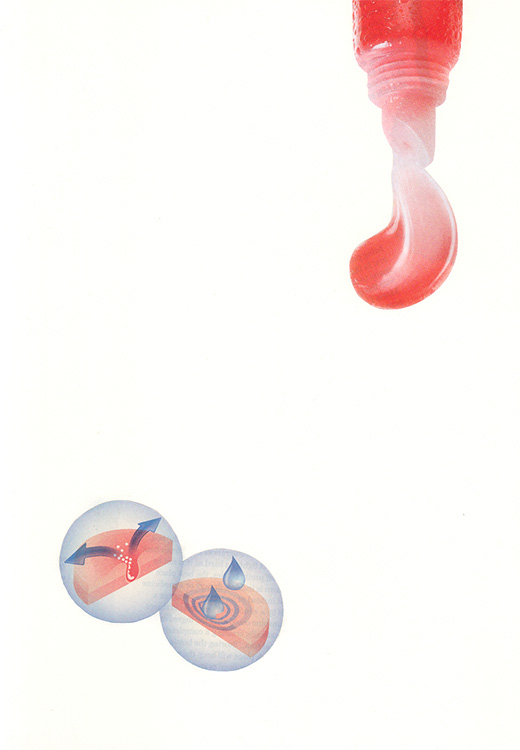 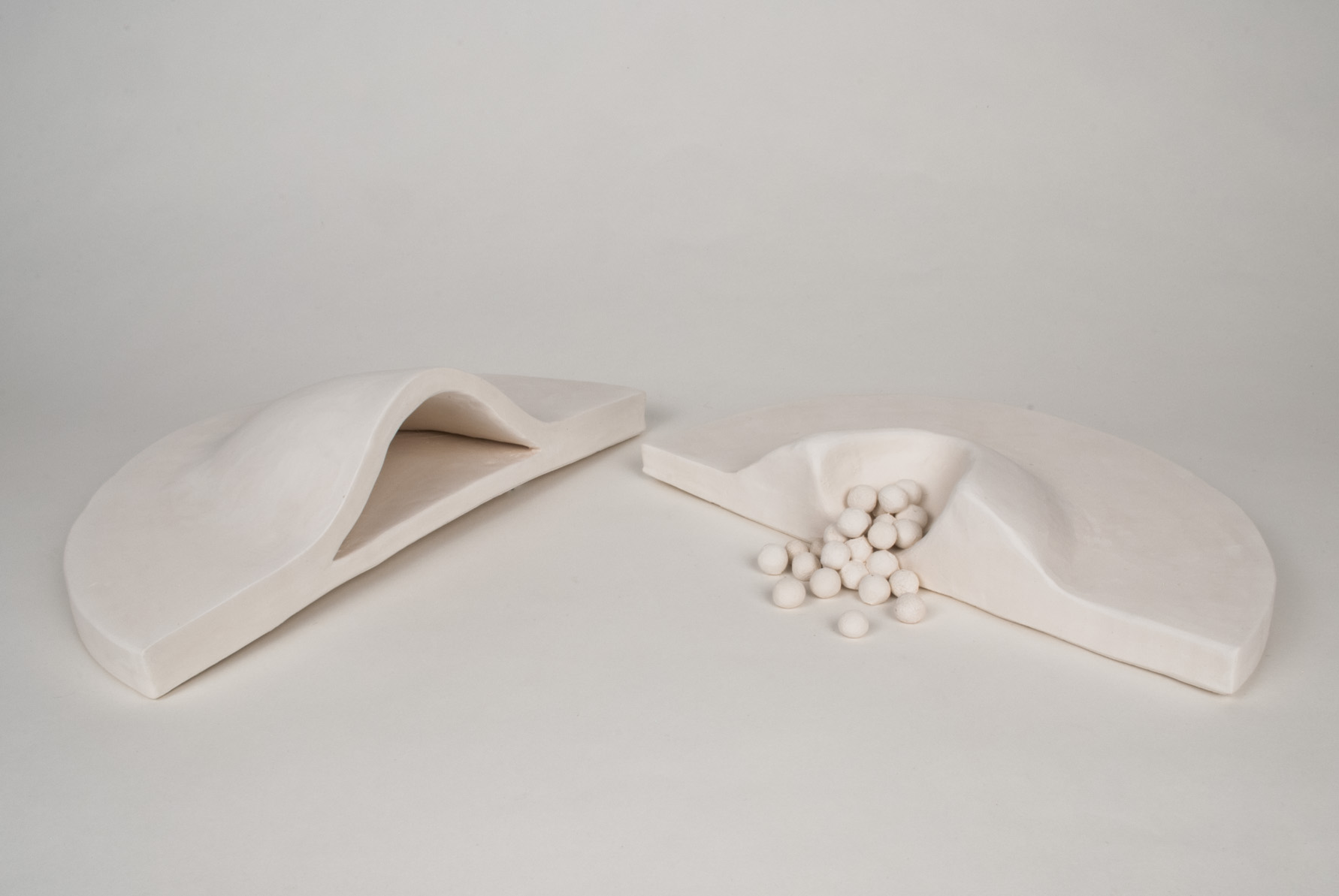