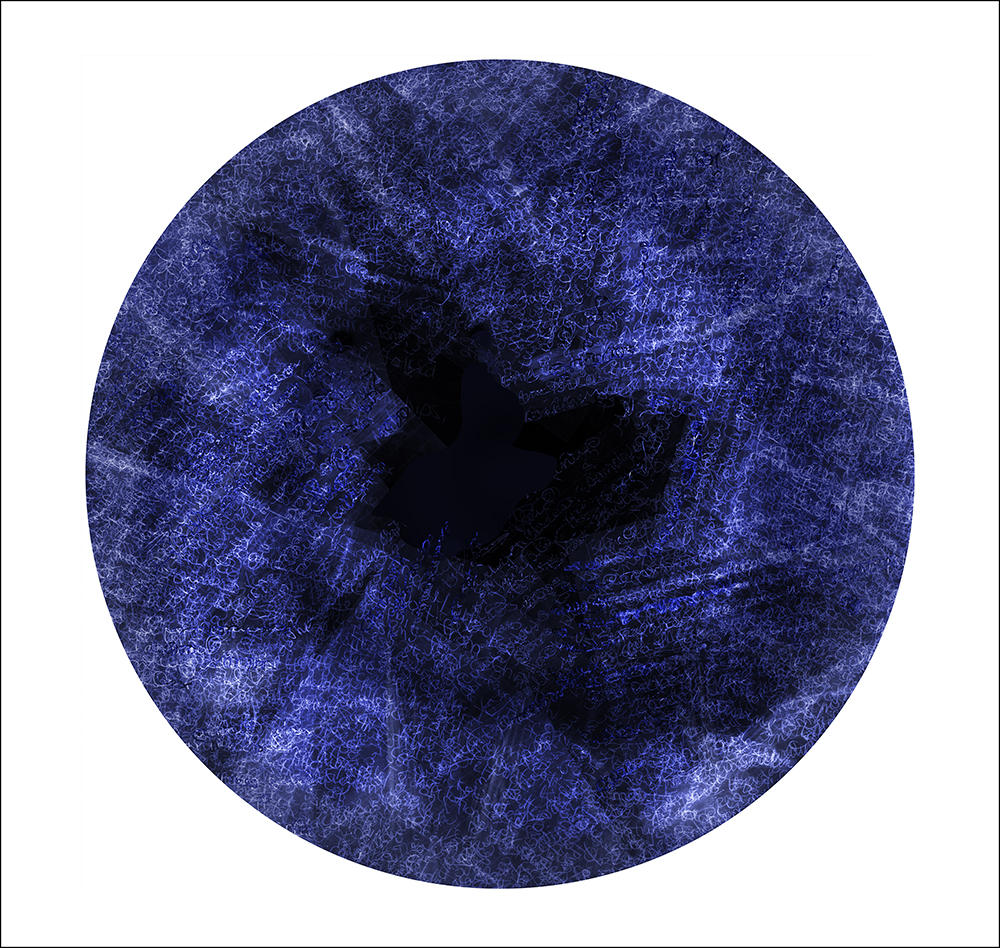 Elizabeth Stone is a photographer and educator based in Montana. In the high desert within the Blackfoot River Valley of Western Montana, she observes and investigates her environment. Animal prints left behind in snow or grass led to an exploration of these marks that are representative of animal language. The work from her series 40 Moons continues this investigative language but on a much more personal and complex level that embraces human connection and loss.

In an interview with the artist, I asked her “What would you like someone to leave with after experiencing 40 Moons?” Stone replied: “Knowledge that our smallest mundane moments as exhibited by language add up to something much bigger. That our most personal experiences of loss and grief are held by every other life on this planet and are inextricably linked with the beauty of the infinite. That we are all made of dust from the stars.”

Elizabeth Stone is a Montana based visual artist whose work explores identity, perception and impermanence by combining her study of photography and drawing with biology and digital technology. The duality of art and science is a strong influence, and she frequently looks to the natural environment as a point of departure when considering her place in the world and the marks she makes. Influenced by artists as diverse as Harry Callahan, Cy Twombly and Franz Kline, she uses a strict practice to push what is expected of the photographic medium.

Elizabeth’s studies of place and passage of time typically extend for years before she produces a portfolio of limited edition prints. She is grateful for the many artist-in-residences that she has been awarded which provide her with a concentrated focus to create original work while engaging in stimulating intellectual dialog with other artists. 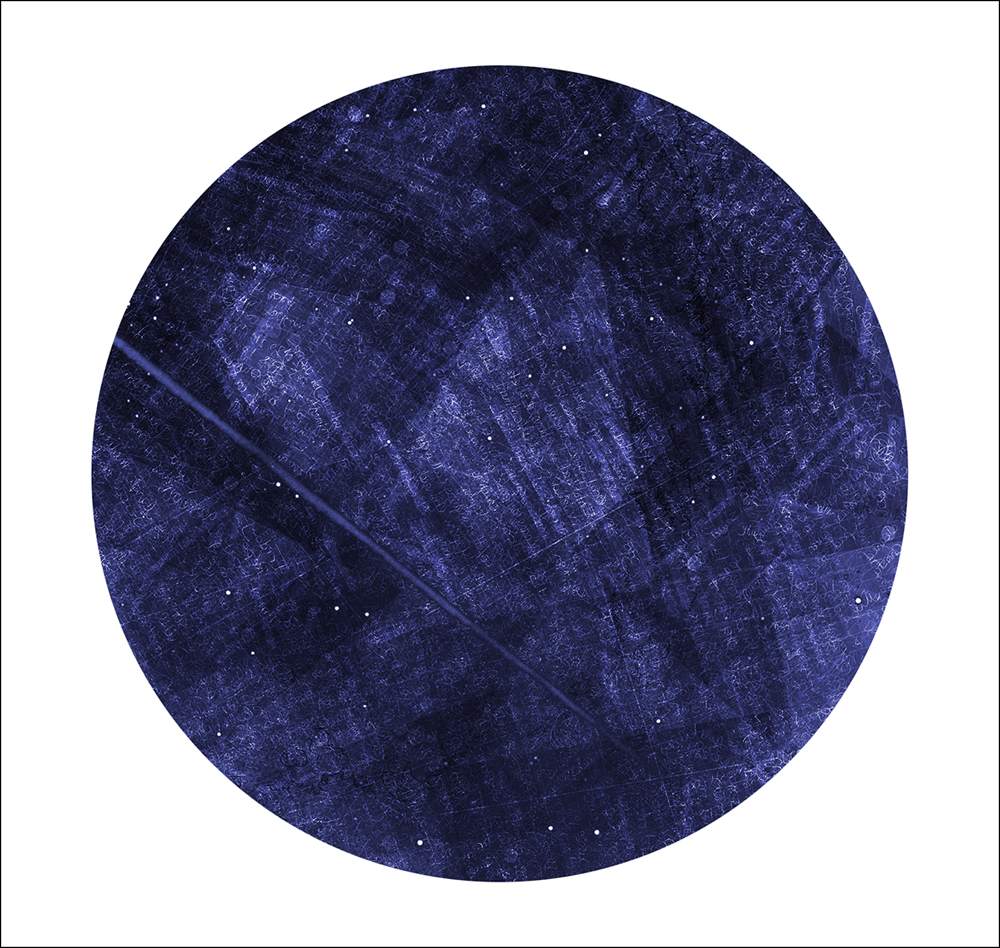 Carl Sagan, astronomer and astrophysicist, reminds us that humans have evolved to wonder. Our best hope for preserving this fabric of life is to embrace science, to understand that we are actually “starstuff pondering the stars,that understanding is a joy, that knowledge is a prerequisite to survival.” By creating works that contemplate human existence in relation to our biological origin in the Cosmos, I hope to make images that bridge the intensely personal with the universal.

Science has taught us that the gravitational pull of the moon tugs on the surface of our big blue oceans until its surface rises up and outward. Mythology and astrology has taught us that the moon is a symbol of subtlety, a luminary that provides light through reflection. The moon waxes and wanes, shifting and progressing through a cycle of light and dark. A waning moon illustrates the ideas of release and contemplation where a waxing moon can represent growth. A new moon speaks of a rebirth and a full moon is symbolic of the height of power and the peak of clarity.

My mom had Parkinson’s disease and dementia associated with this illness. Her disease progressed and waxed and waned. As her death neared, she reflected more light. It is my hope that she reached a level of acuity and peace with her final breath.

40 Moons was created to illustrate the last 40 months of my mom’s life. I photographed her daily records, some 3200 pages in notebooks. The words were written by her caregivers. They described the gentle patterns of her days, punctuated with laughter, hallucinations and worry.

Each image is a layered representation of a month, a blueprint to my mom’s existence as she returns to the stars. 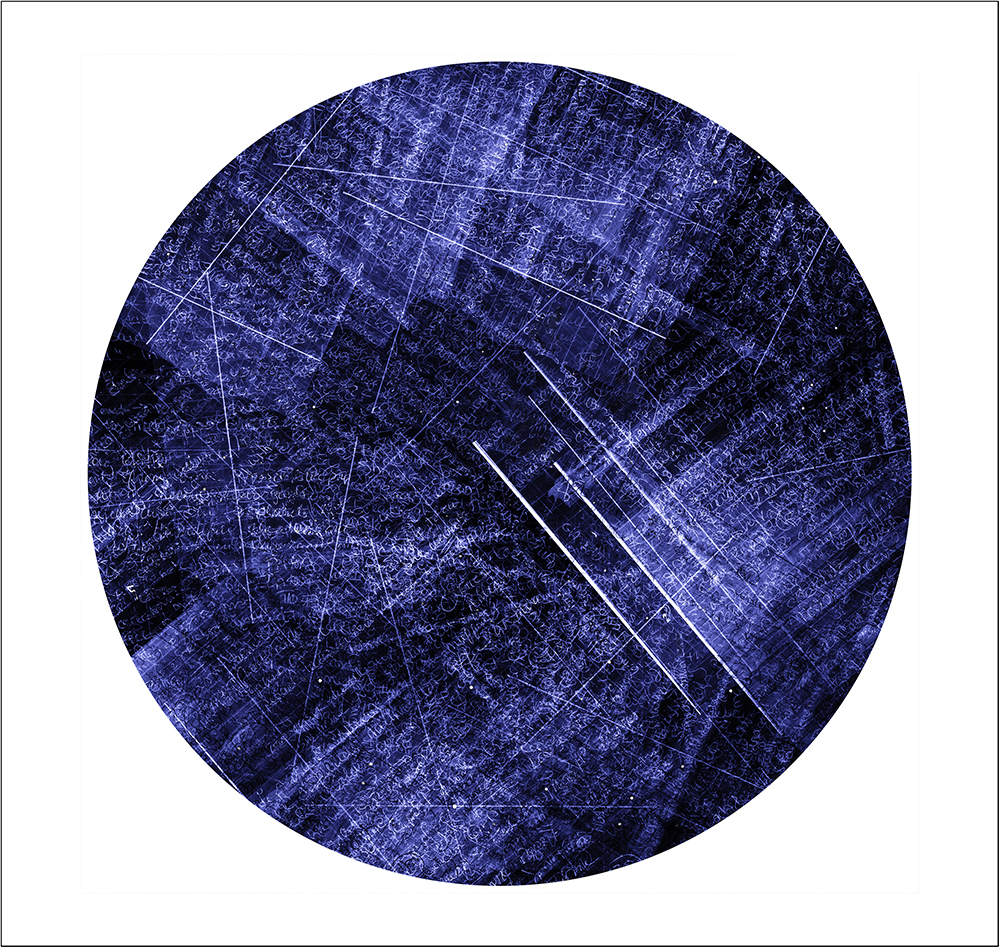 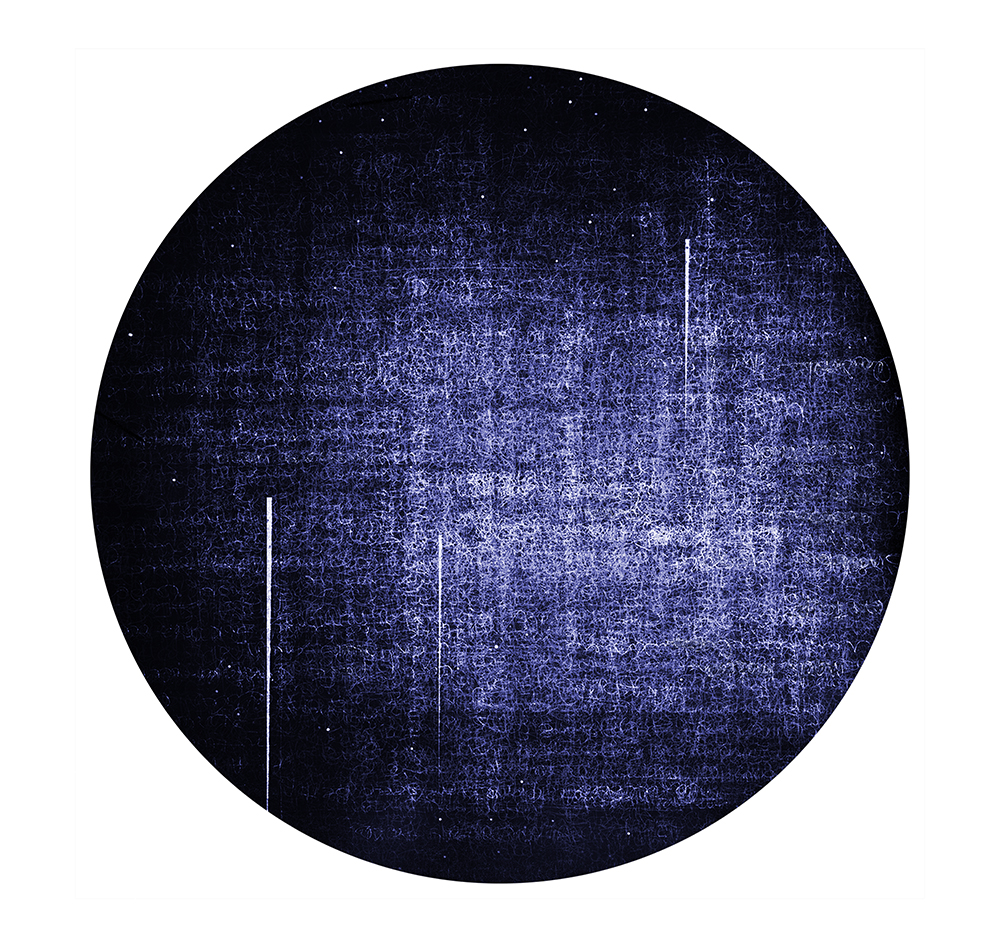 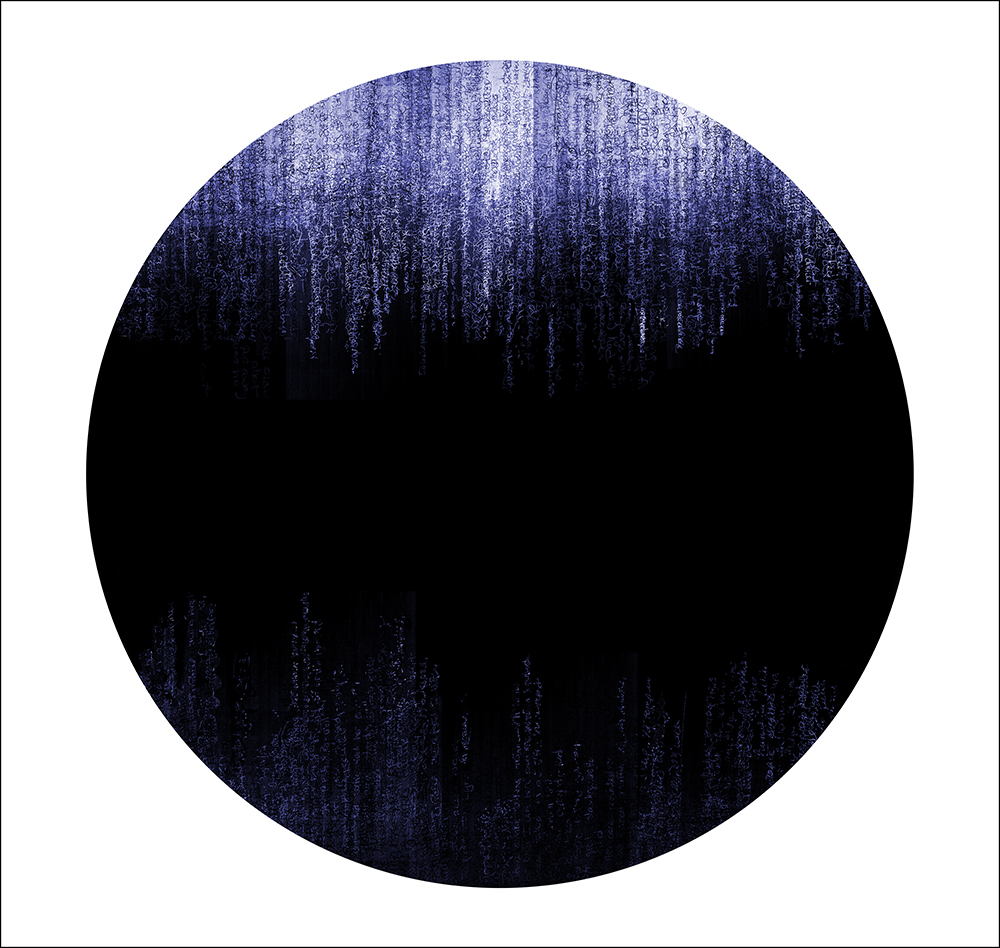 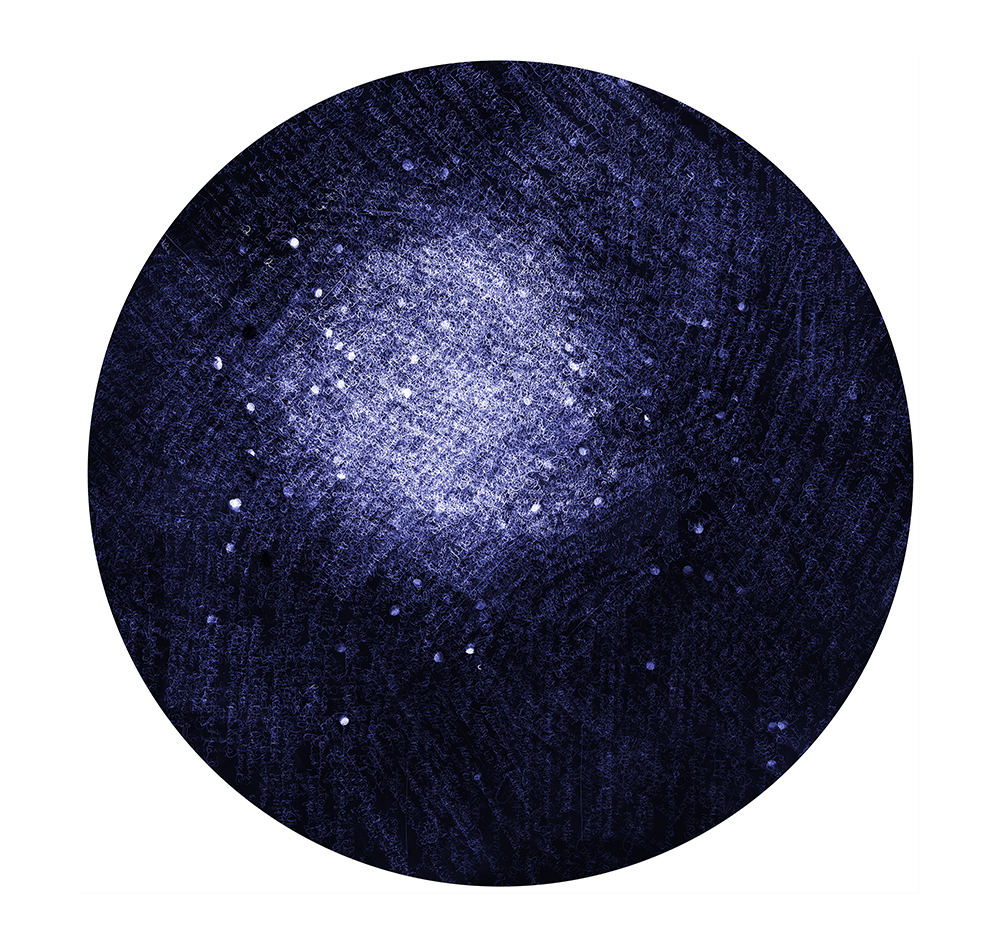 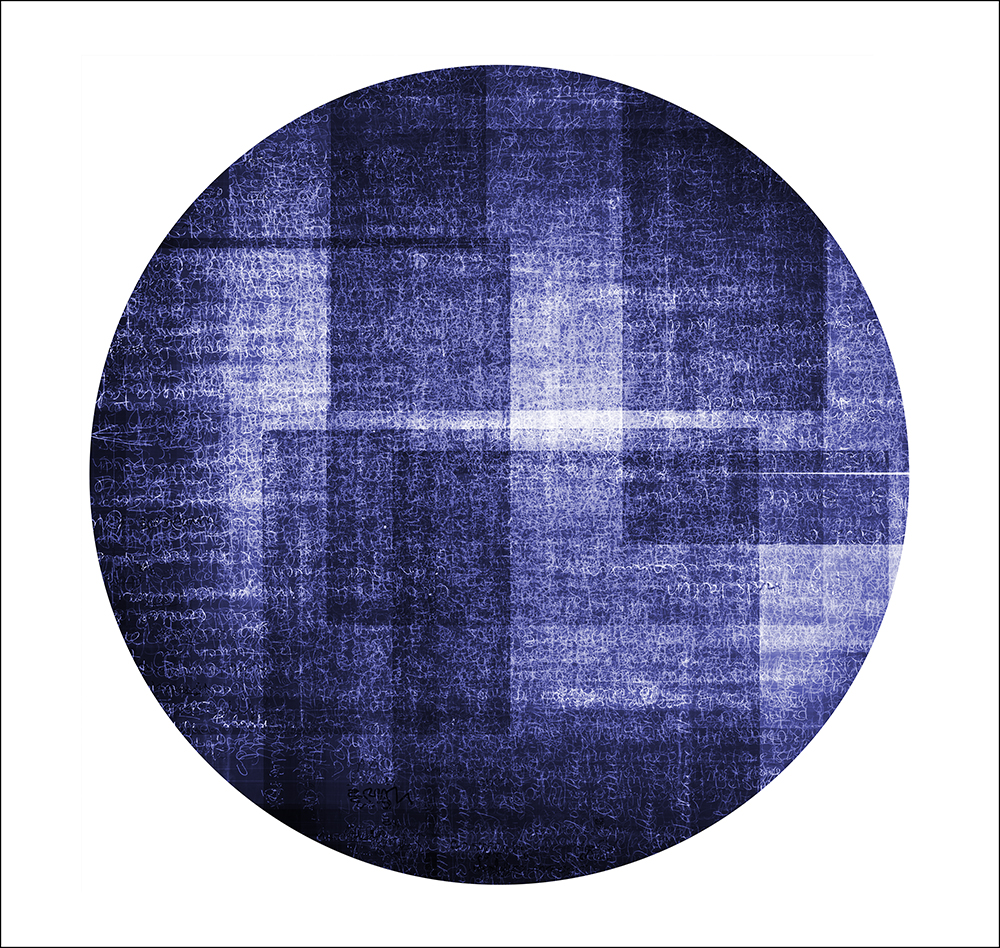 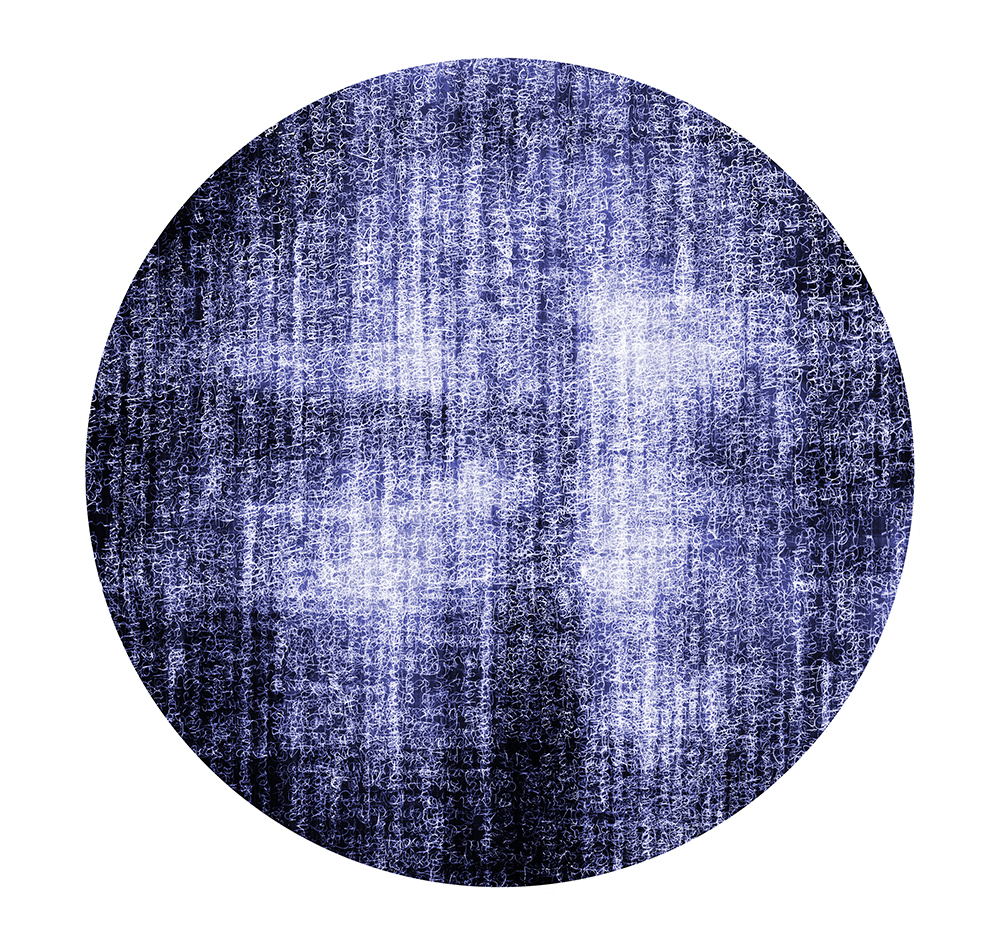 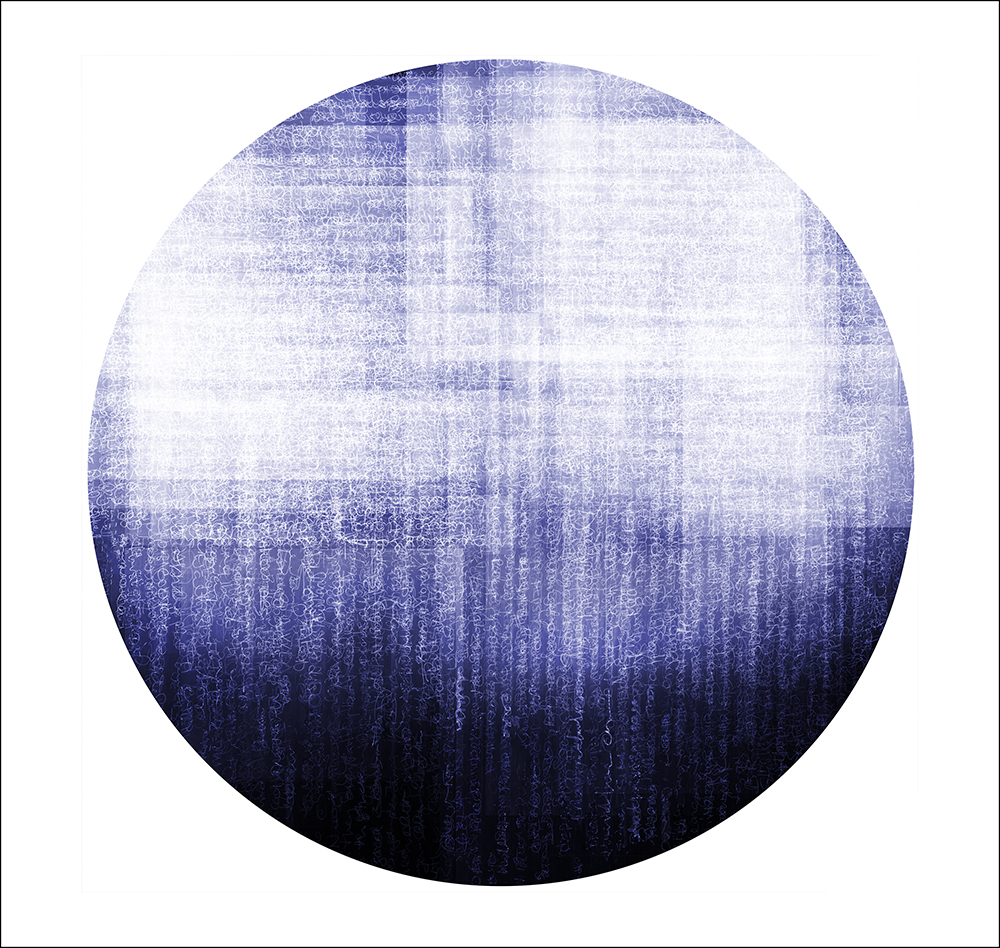 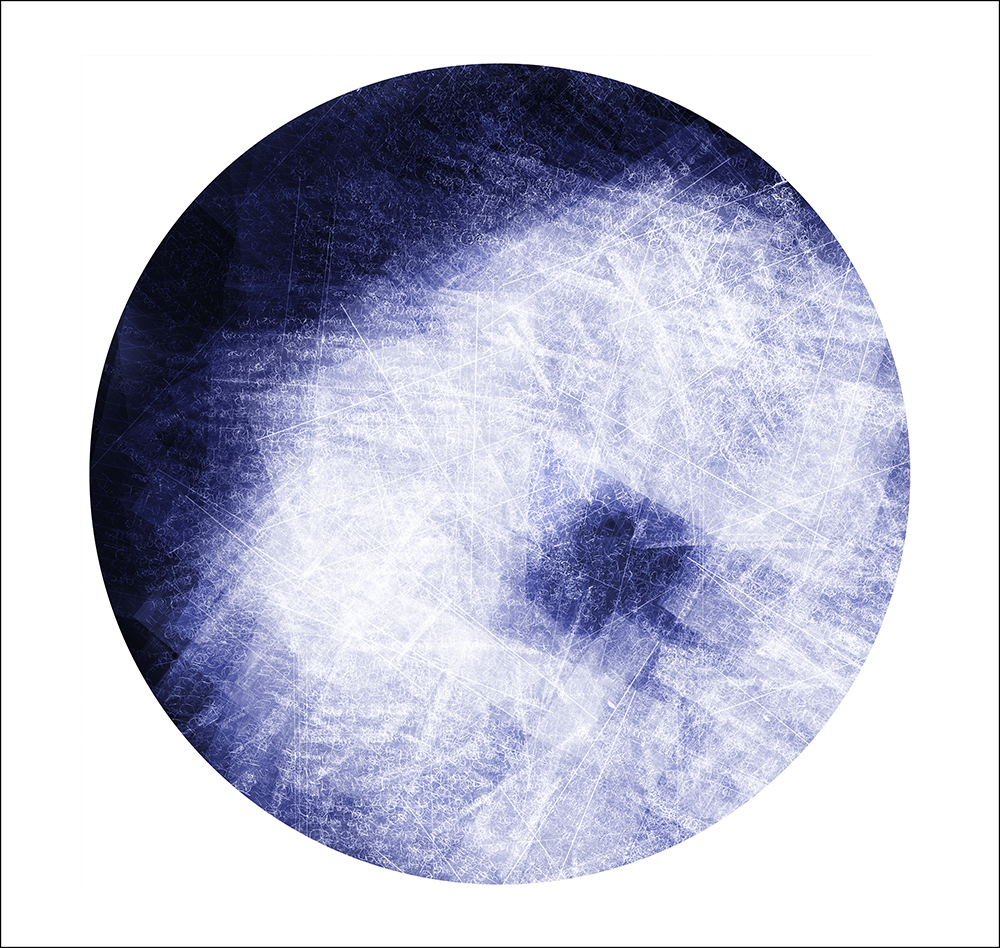 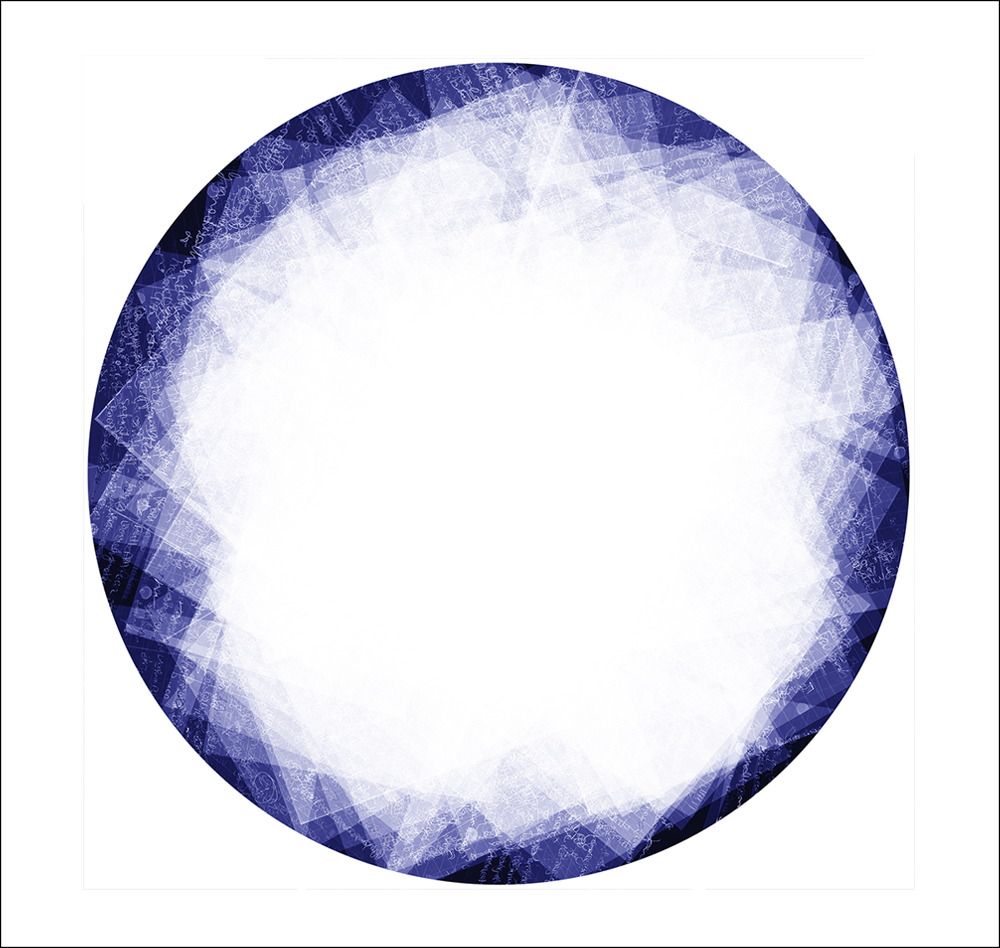 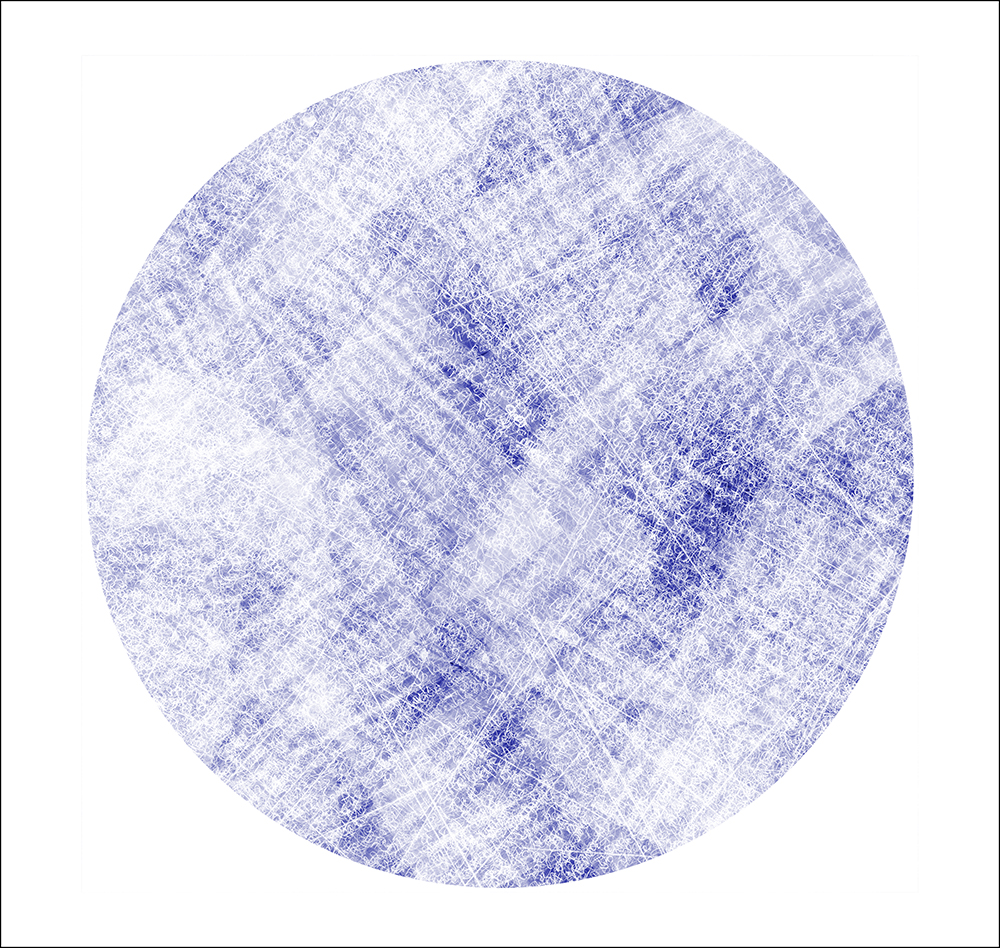 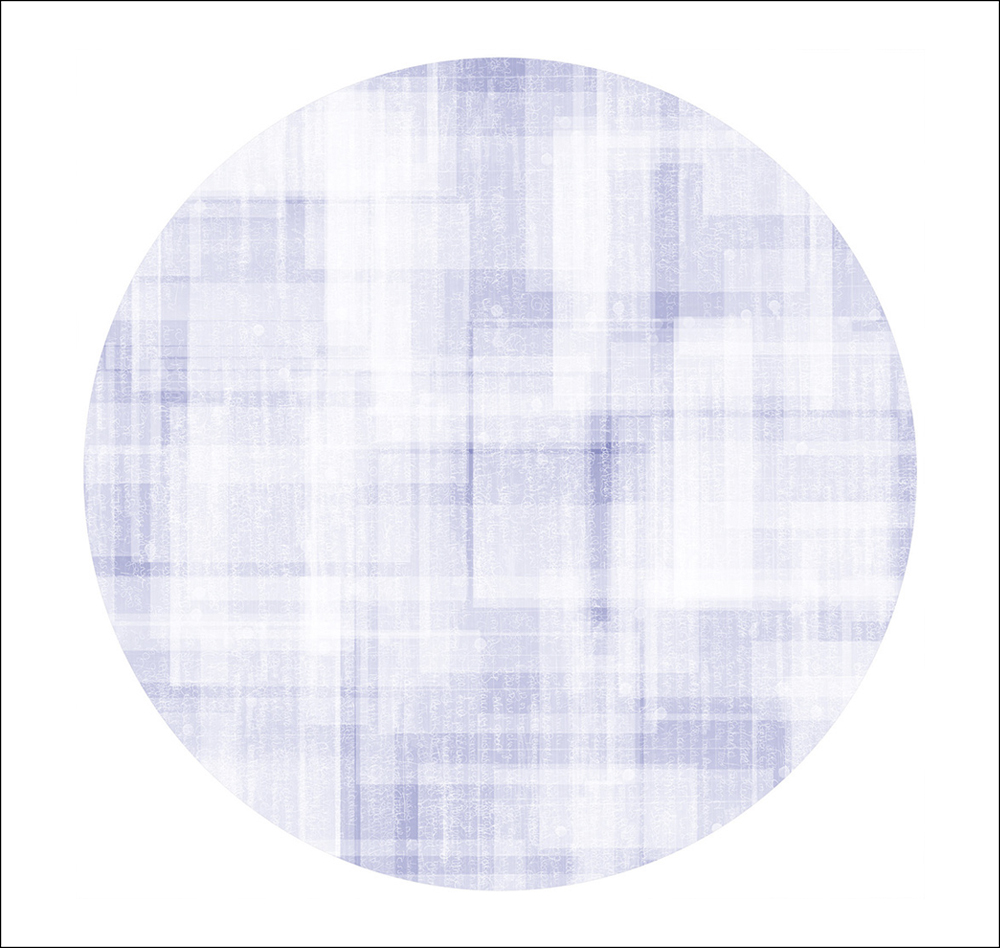 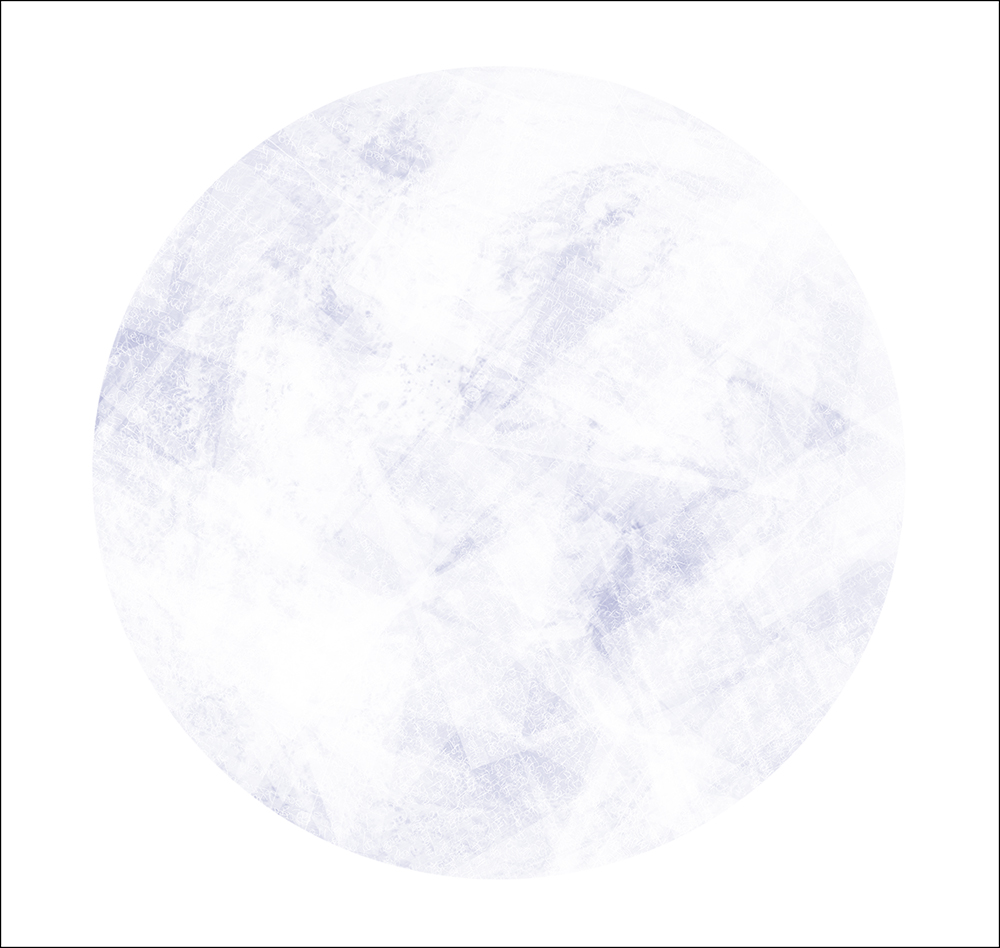