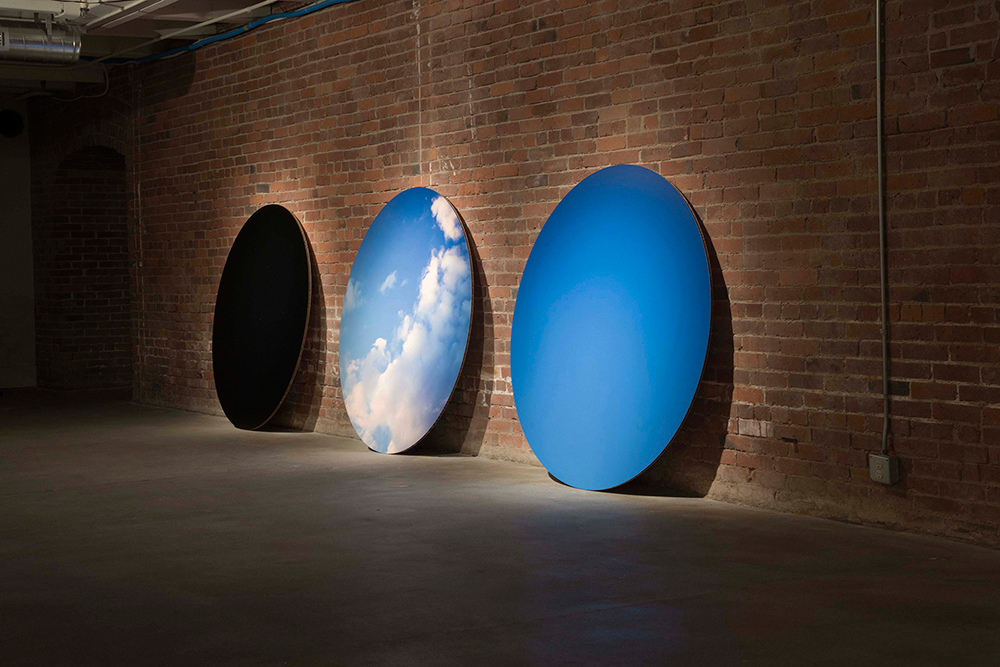 Rebecca Cummins is a photographer, multi-media artist and educator living in Seattle, Washington. She is a professor of art at the University of Washington and has exhibited both nationally and internationally. In addition to independent studio practice, Cummins collaborates with artists, scientists, and community partners in public art and cross-disciplinary projects.

Cummins treats each project as a separate investigation, which often times is an extension of a previous work and eventually transcends into new projects. Her explorations demonstrate the physical properties and scientific aspects of light. Her fascination with the concept of time and physics compel the viewer to engage in her vision.

Cummins presents phenomena through science and aesthetics. Her work inspires viewers to pay attention to the details we take for granted. It’s a hard fact that the sun rises and sets, light and atmosphere change around us, and clouds come and go. Now, seeing this phenomenon through Cummins’ eyes, there is so much more to consider.

Rebecca often explores the sculptural, experiential, and sometimes humorous possibilities of light and natural phenomena, often referencing the history of optics in installations that have included a machine for making rainbows, a photographic rifle, paranoid dinner-table devices and a variety of sculptural and photographic approaches to marking time. Recent investigations explore concepts and instrumentation in contemporary life sciences.

In addition to independent studio practice, she is active in public art and cross-disciplinary collaborations with artists, scientists, and community partners.

Rebecca has exhibited widely in the U.S., China, Australia, and Europe; venues include The 2006 Shanghai Biennial; The Museum of Contemporary Art KIASMA, Helsinki, Finland, 2004; and The 2008 Biennial of Seville, Spain; and the 2002 Adelaide Biennial of Australian Art, SA, Australia. Public commissions include Fitting, 2016 for the Seattle Public Utilities and the Office of Arts and Culture, City of Seattle; and Skylight Aperture Dial, 2006 for the Seattle Public Library: Montlake Branch and the Office of Arts & Culture, City of Seattle. She has often collaborated with Astronomy and Astro-Biology Professor Woody Sullivan; resulting permanent installations include The Oculus Table and Solar Hour Benches for The Exploratorium: Museum of Science, Art & Perception, San Francisco, 2013. She collaborated with Paul DeMarinis on Lunar Drift: Sun and Moon Pointers for the Washington State Arts Commission and the University of Western Washington (Miller Study Space), 2014. 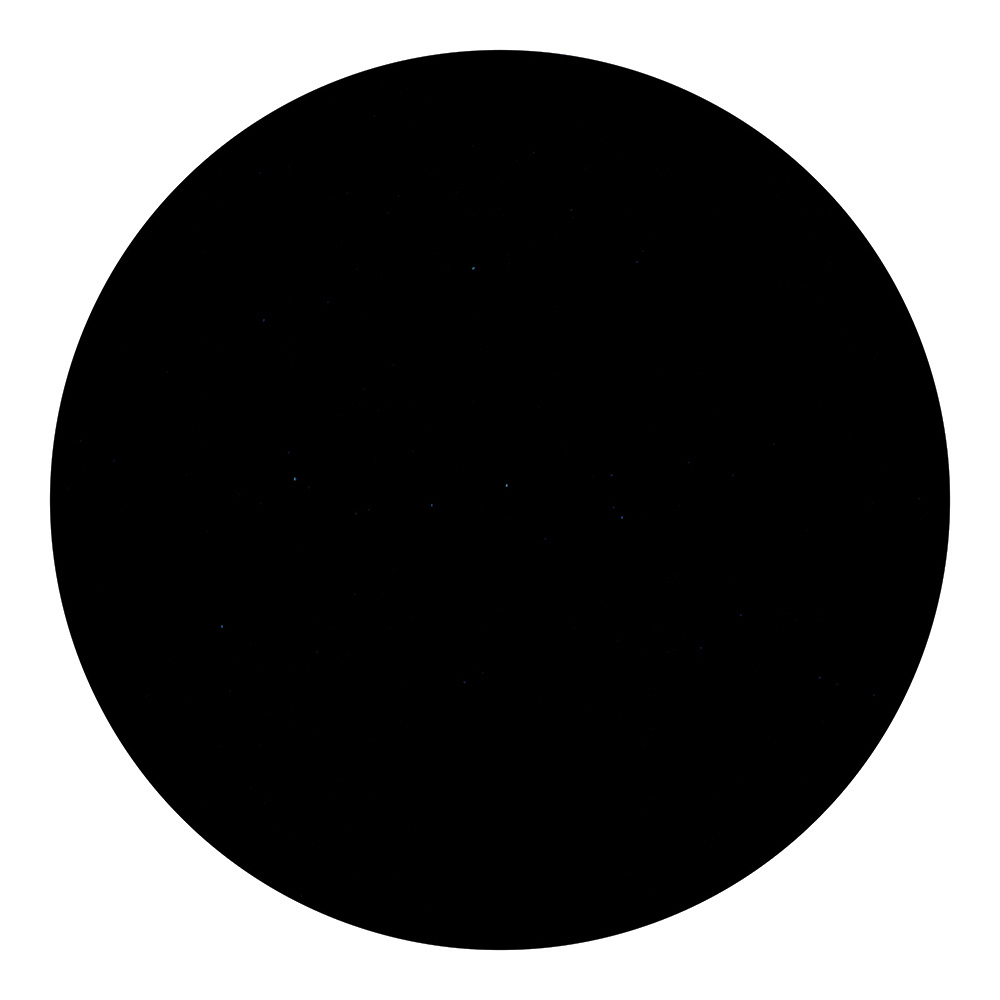 Innovative approaches to sun and moon dials, both photographic and sculptural, emphasize the spatial and physical aspects of time in unique ways. These dials invite viewers to experience a heightened awareness of the earth’s movement and how this affects our perceived environment, including daily and seasonal light and shadow occurrences specific to the moment and to geographical location.

The circular sky images present both an abstracted patterning – and a highly specific moment in time and place. For example, in “60 Days in Shenzhen” the overall pattern can be experienced as that – and the viewer can also clue into what the light and weather looked like on August 8, 2008 (the start of the Beijing Olympics) in the south sky at 90˚ in Shenzhen, SE China at 6pm.

In “Lunar Drift: Sun and Moon Pointers,” the day sky wall features the light and weather for the Bellingham, WA site averaged vertically for each month at 6am, noon, 6pm, and midnight. By observing the twelve months, light and weather patterns can be clearly observed – the darker winter months in the NW are visualized as three of the four circular images are dark. In June and July, three of the four are a pristine variation of blue. The two pointers let the viewer know where the sun and moon no matter the cloud or light conditions outside. 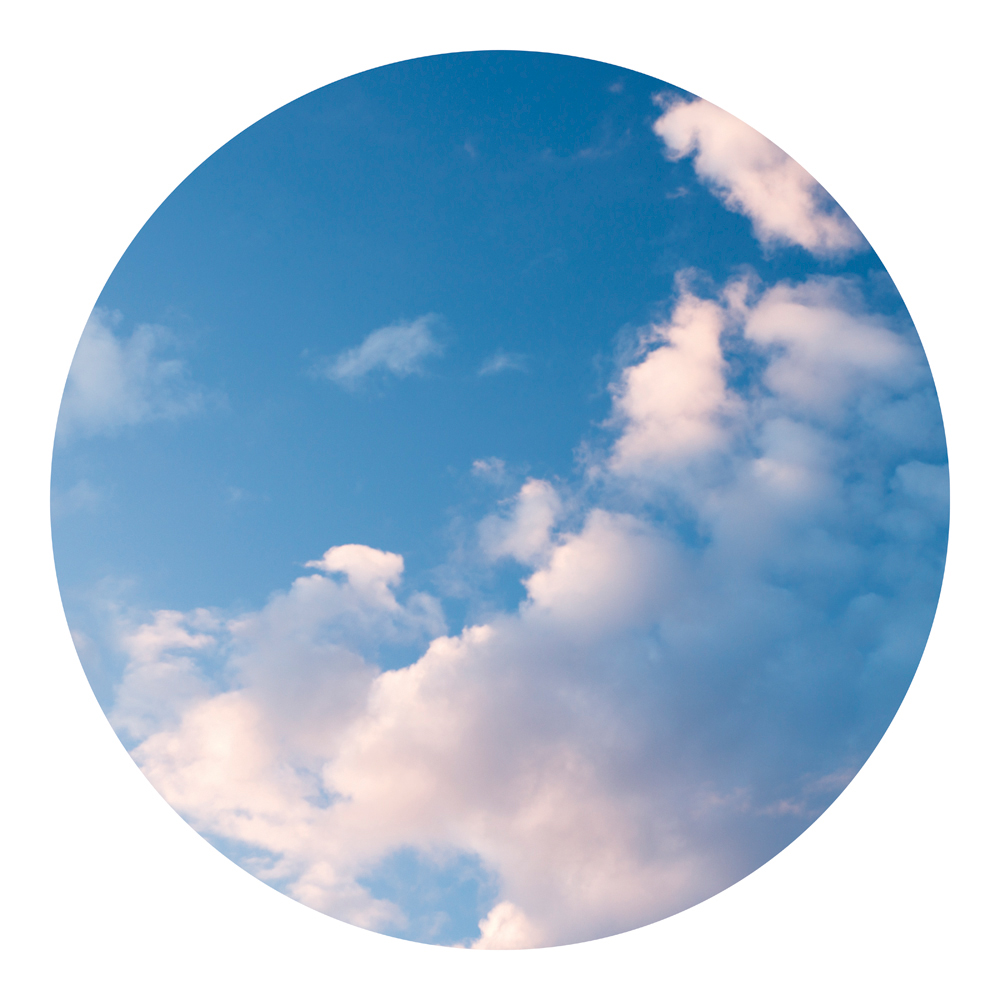 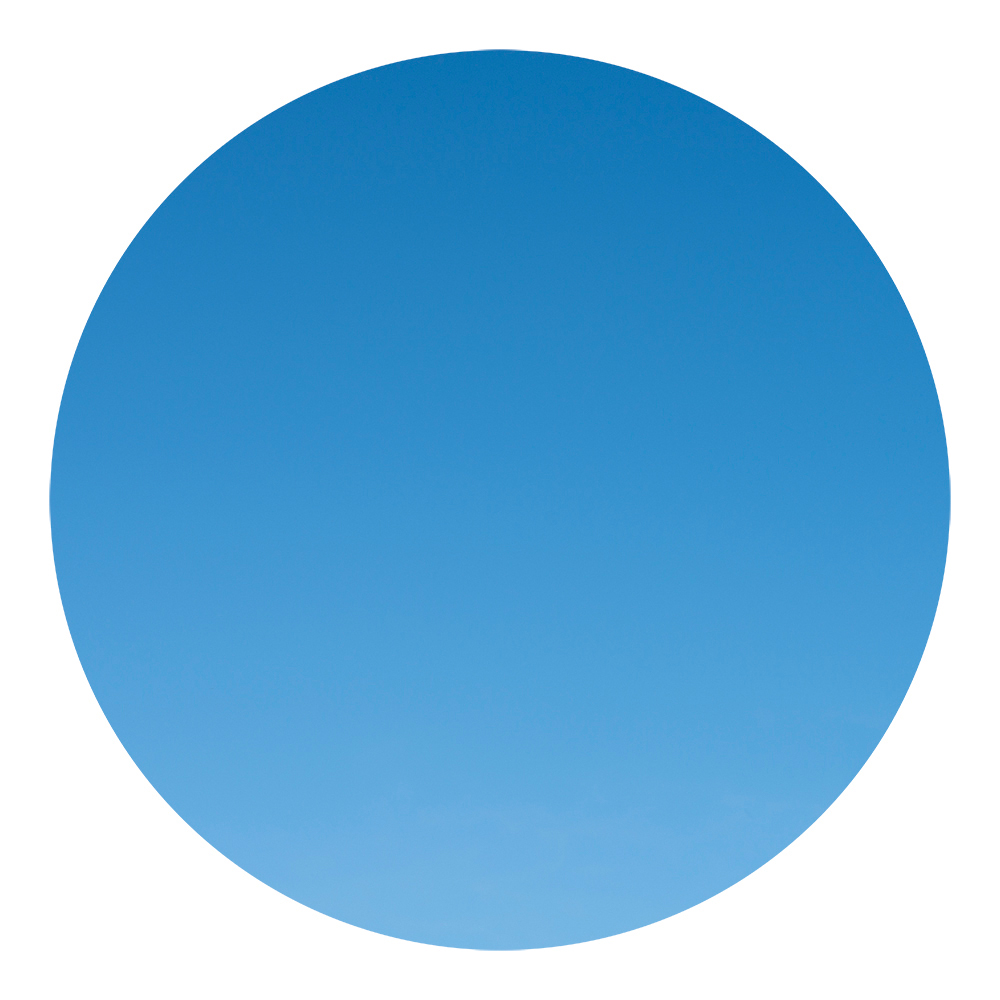 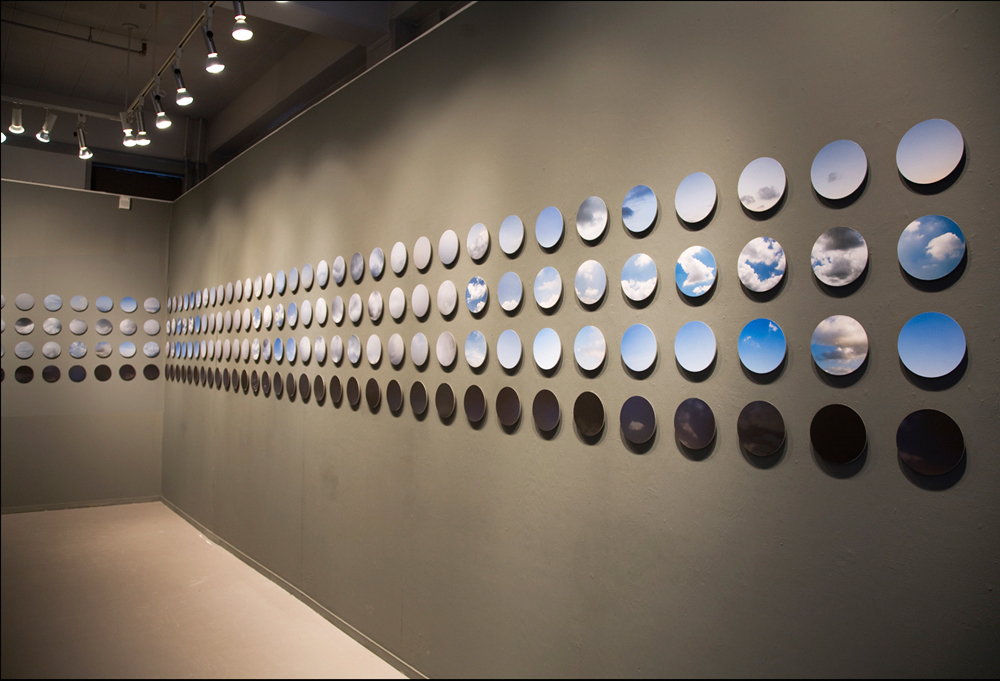 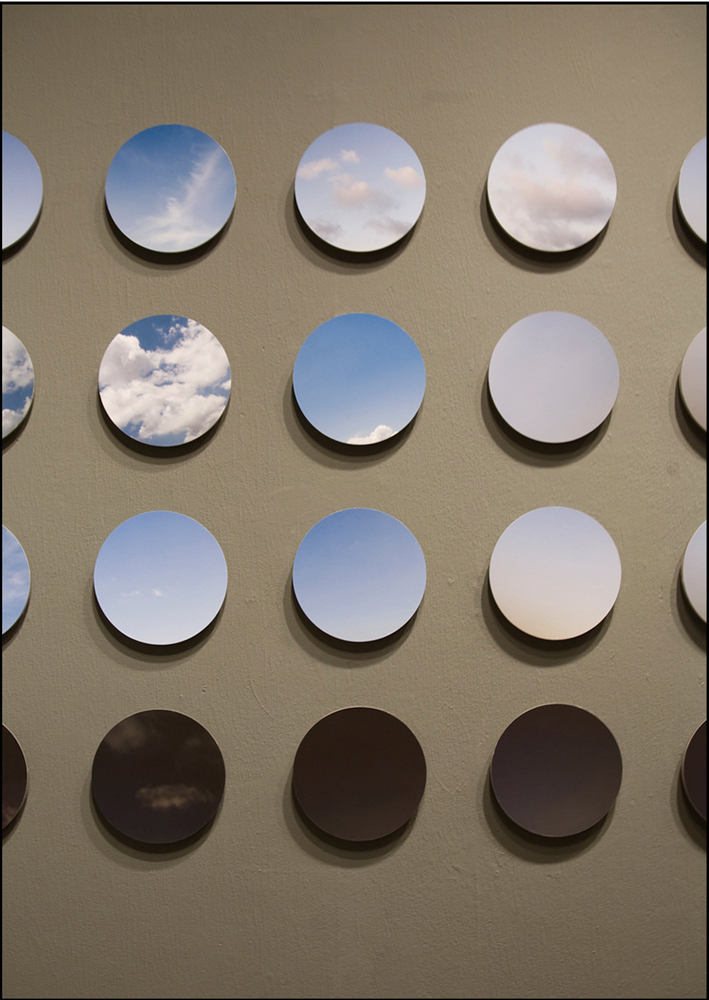 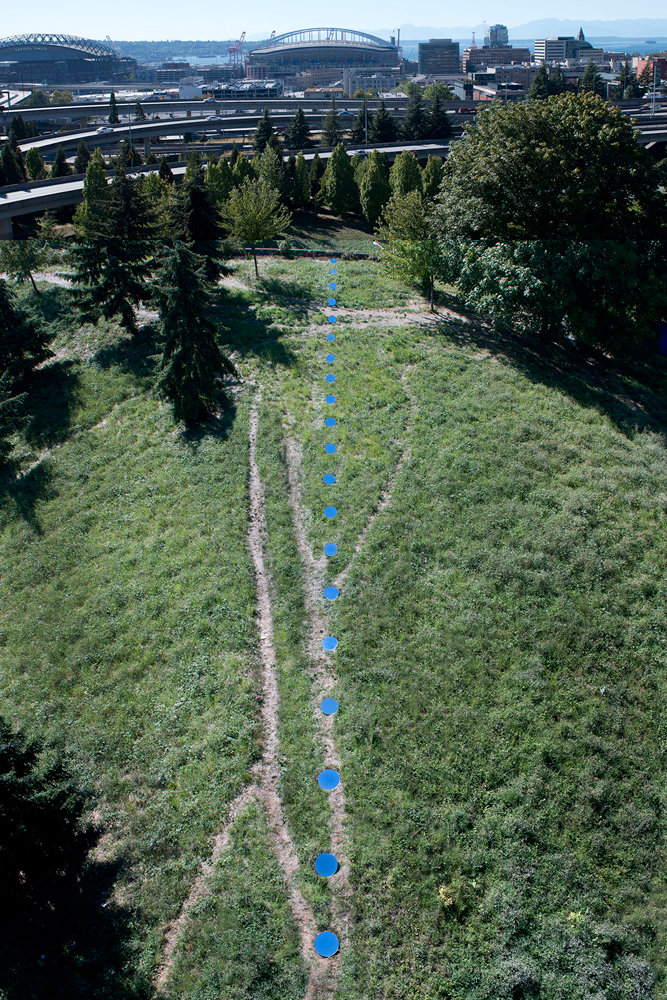 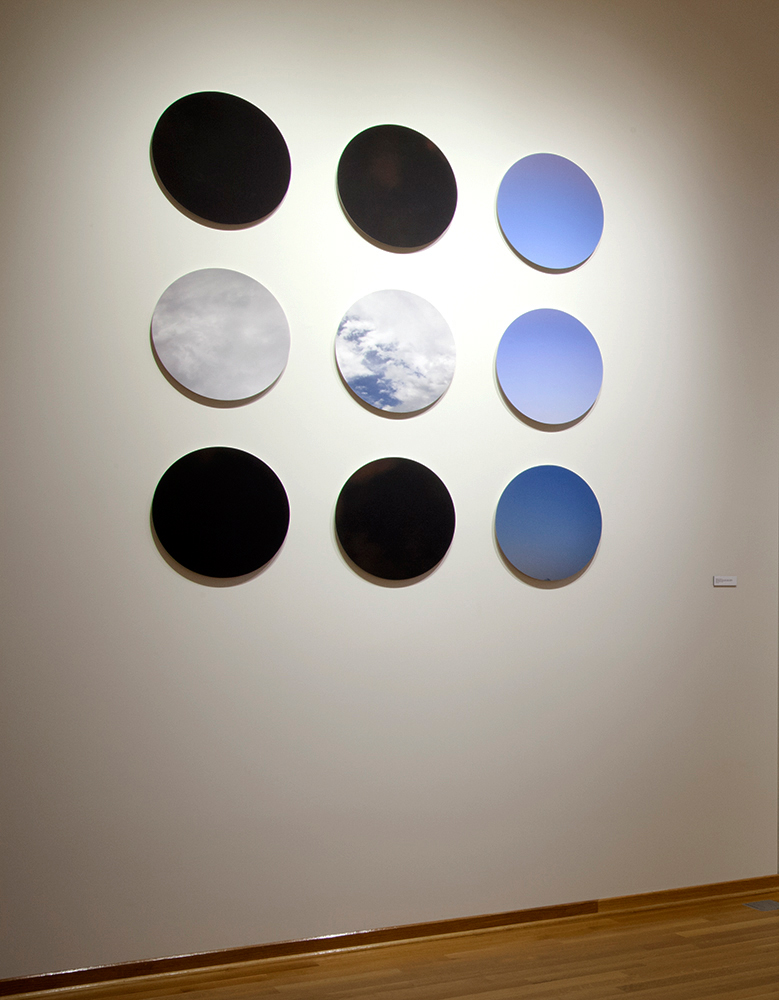 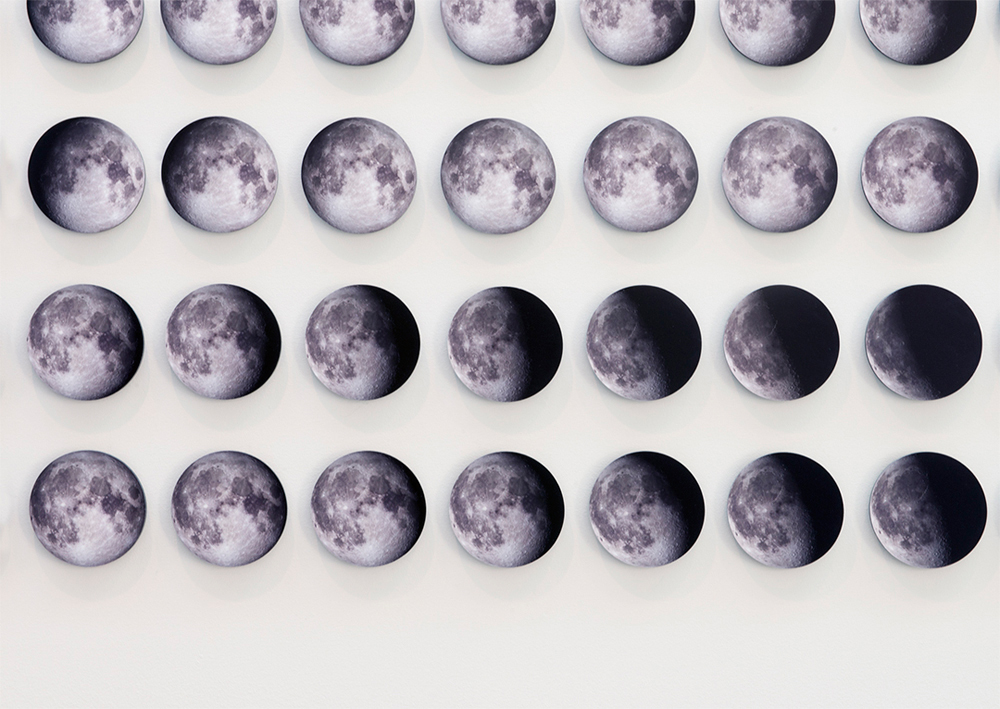 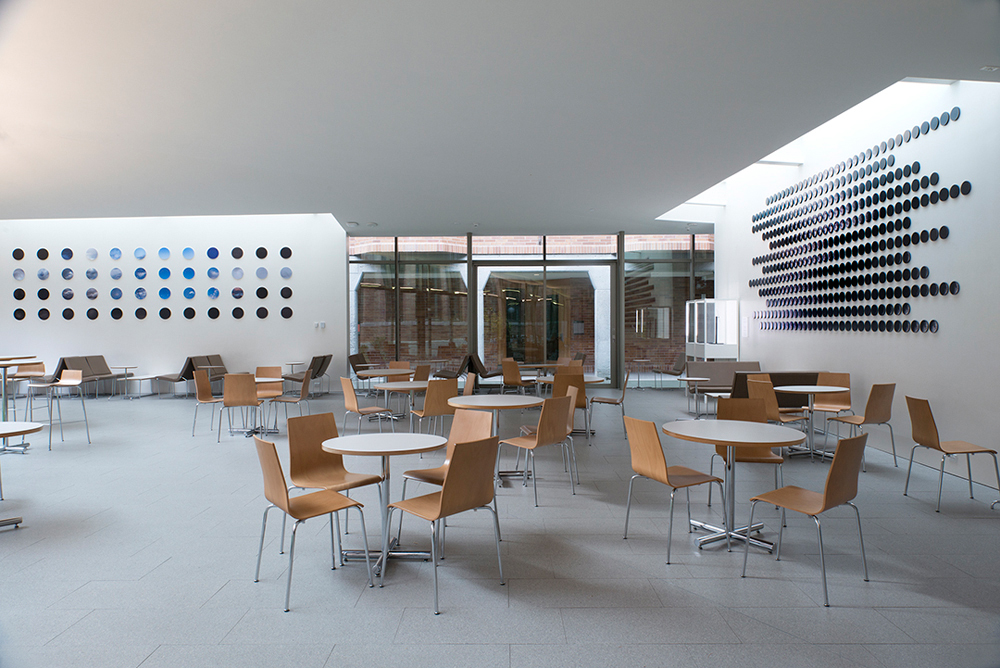 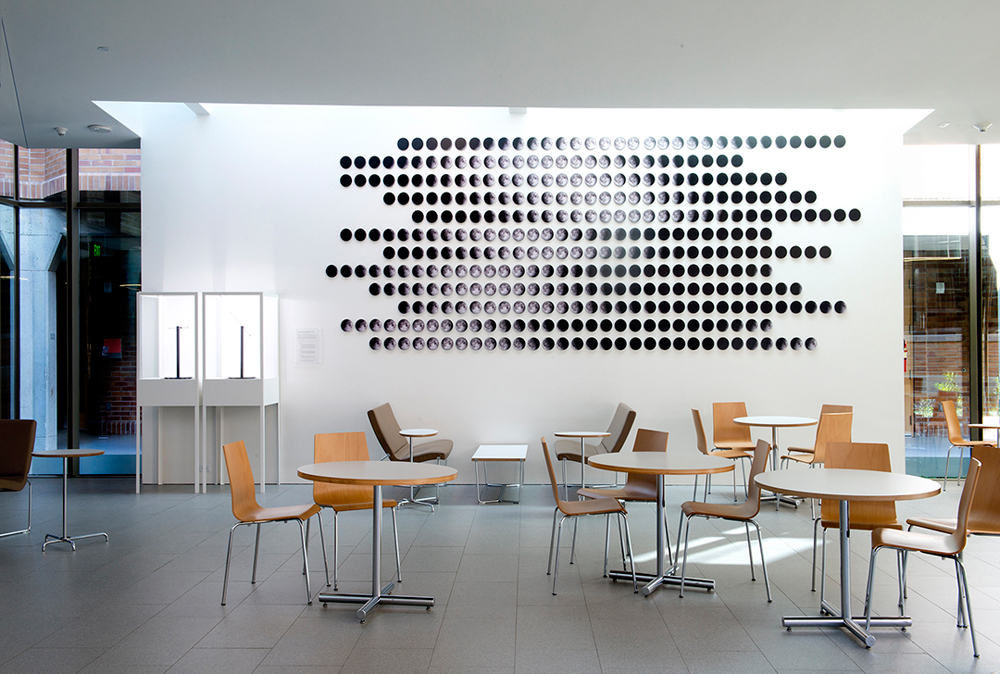 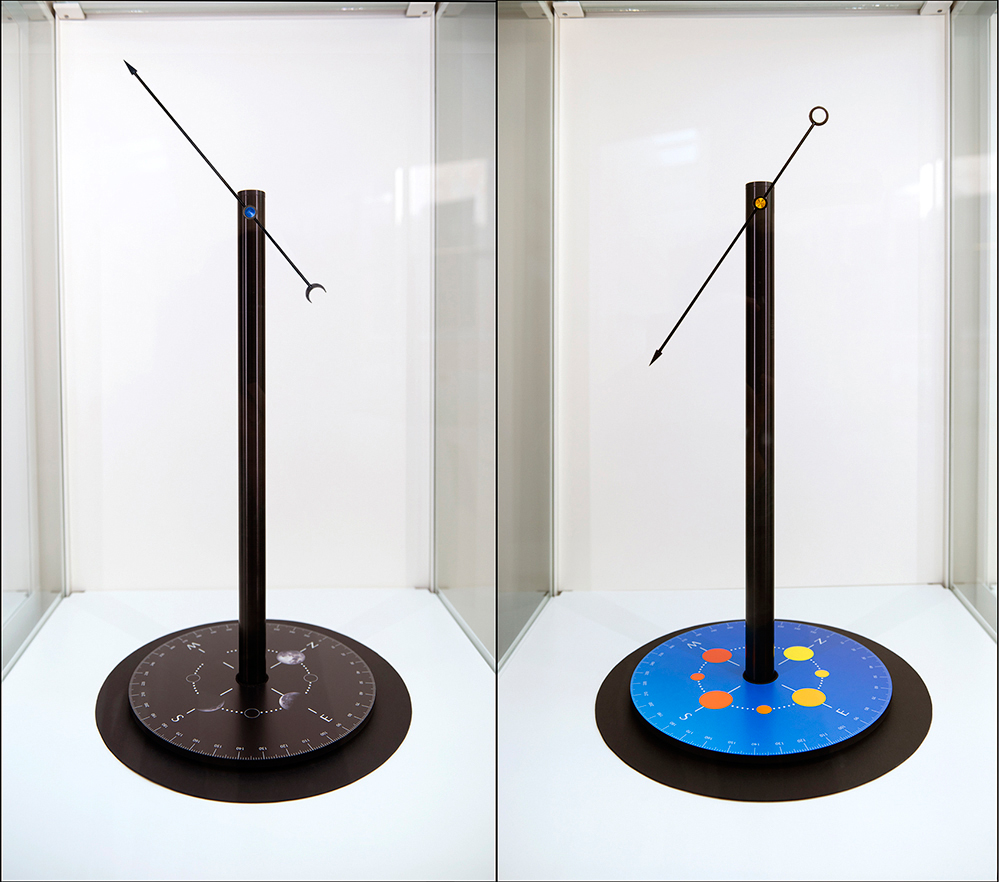 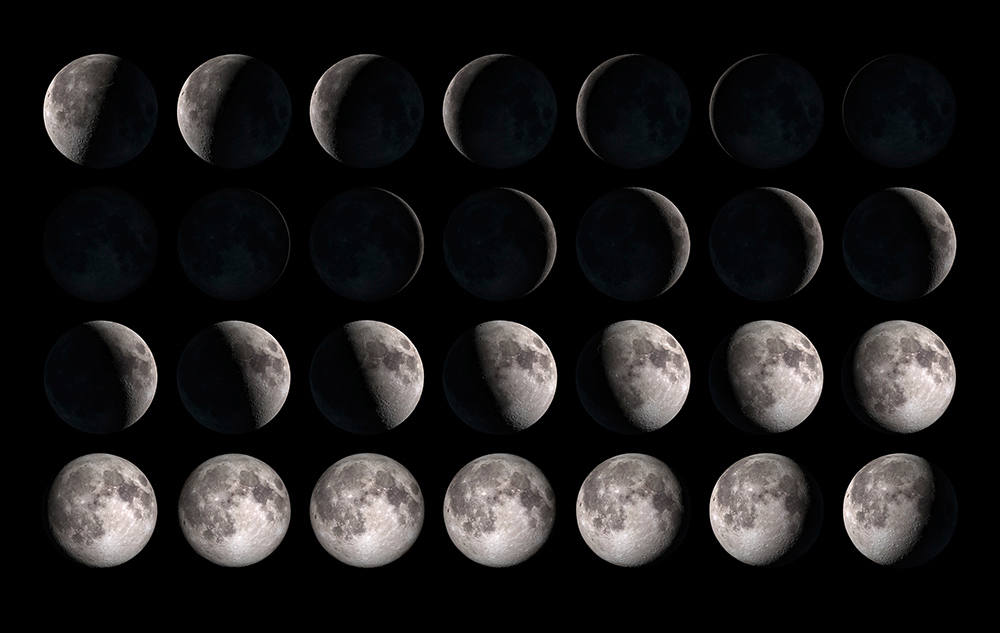 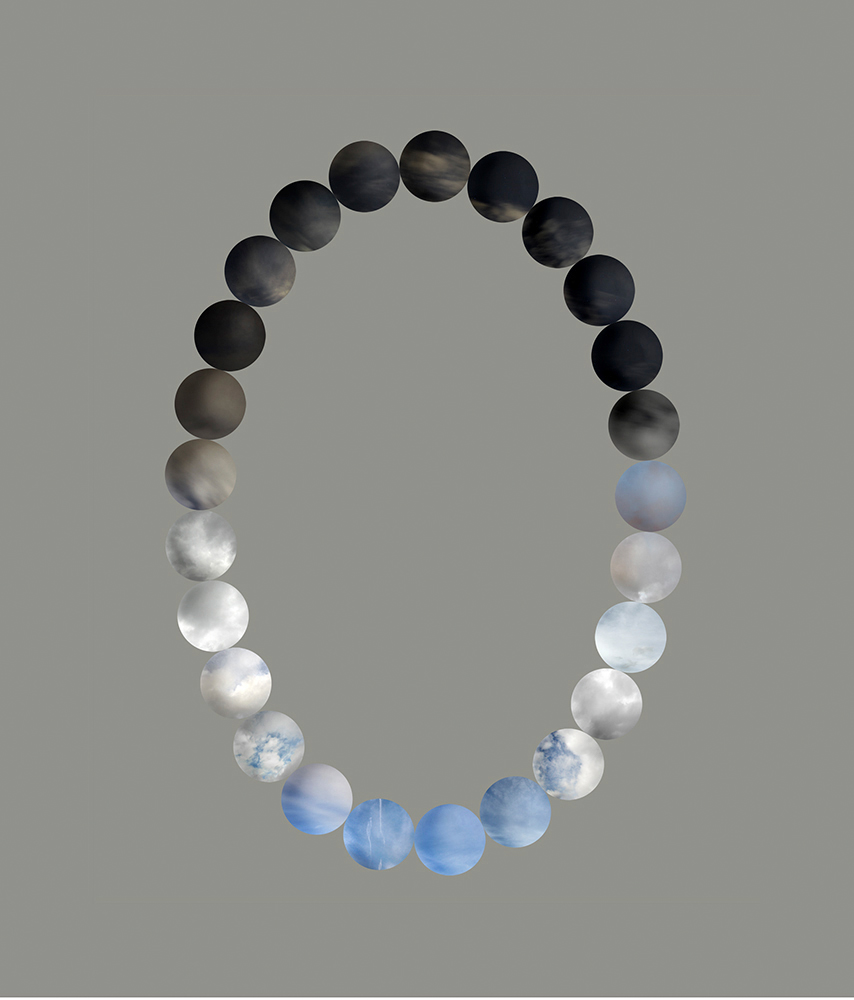