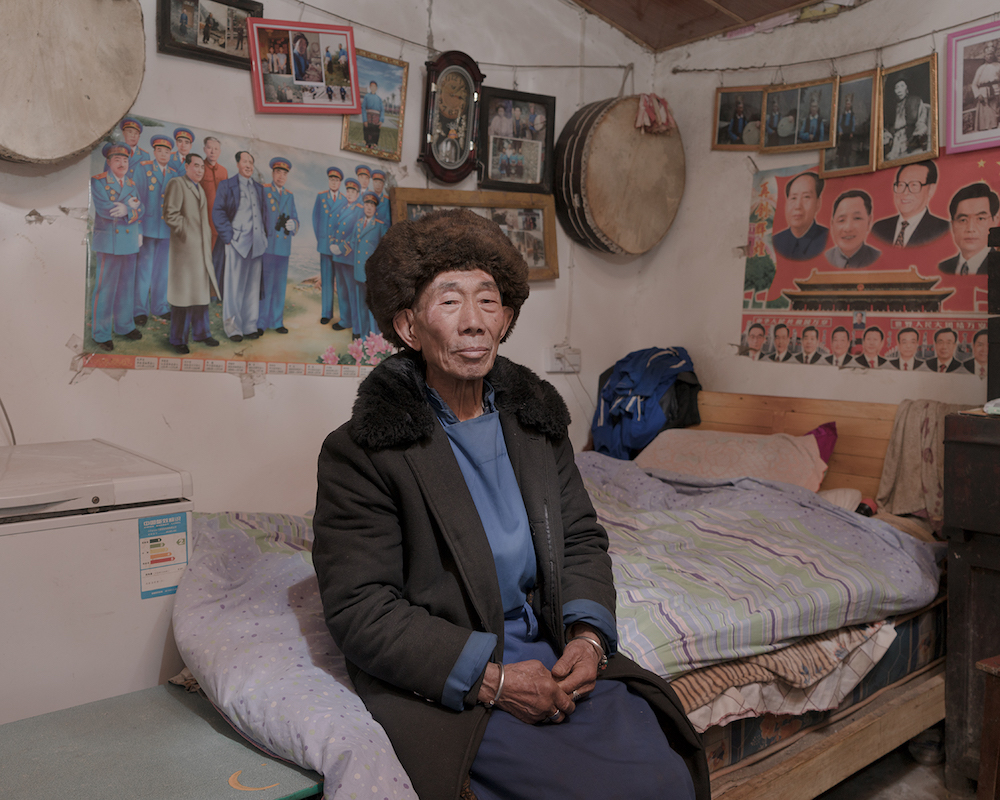 Chinese Photographer, Lyu Geer, from LuXun Academy of Fine Arts, received 2nd Place in the 2017 Lenscratch Student Awards. His narrative project about the Qiang peoples in China is a journey through a culture in flux, with modernization and urbanization threatening to change a way of living. The Qiang are mountain dwellers living in villages, composed of 30 to 100 households.  “In these small valleys, people cultivate narrow fluvial plains along creeks or mountain terraces, hunt animals or collect mushrooms and herbs (for food or medicine) in the neighboring woods, and herd yaks and horses on the mountain-top pastures”. It’s a culture that may be forever changed and ultimately, lost.

Lyu’s capture of these mountain villages reveals strong portraiture and a contexualizing of place. As he states in his interview that follows, China’s rapid demolition of it’s historical past make projects like Lyu’s so incredibly important. There is concern that the next generations will have little to no concrete knowledge of China’s significant culture and past. It gives us great pleasure to shine a light on this next generation of photographic storyteller and we look forward to Lyu Geer’s continued successes.

Lyu Geer (b.1995) was born in Sichuan, China. He is currently studying at the department of Photography in LuXun Academy of Fine Arts and is a freelance photographer for Getty Images China. His photographs have been included in the exhibitions, Compose, As we walk through, May be destroyed, The Compilation of Truth at An Gallery of LAFA. Lyu was part of  theSONY young photographer development plan of China in 2016, Photo ShiHuYuan,Weifang, China in 2016 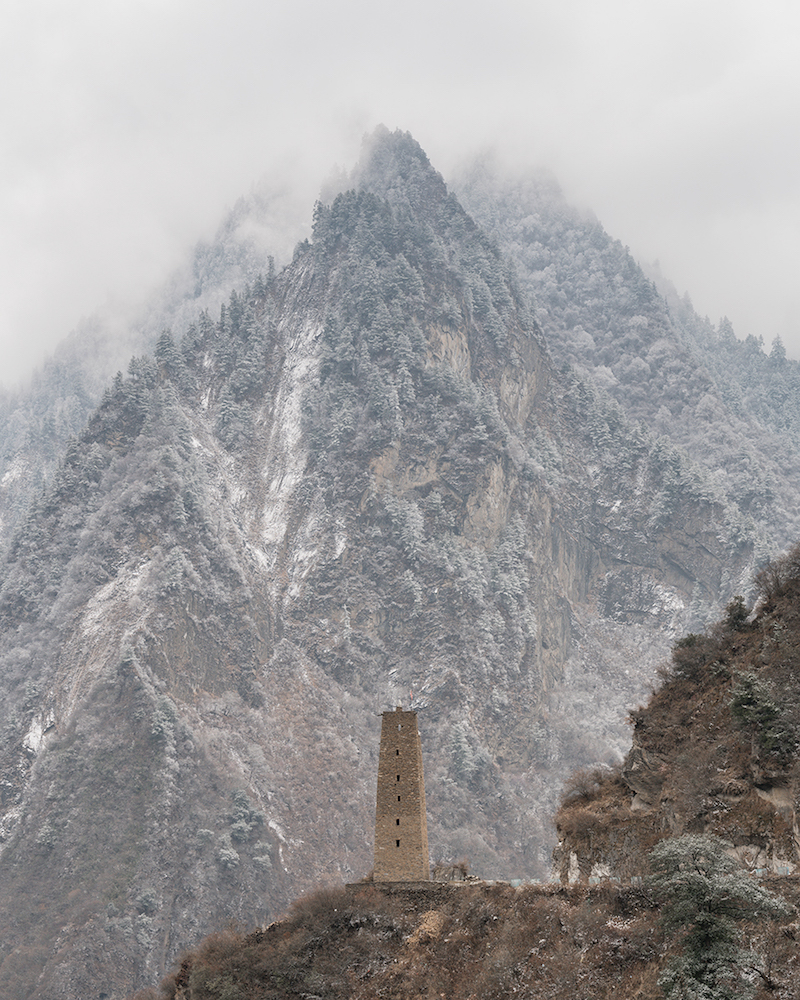 The mountain of Qiang

Qiang is an ethnic group with thousands years of history, mainly live among the mountains region of southwestern China. After the Wenchuan Earthquake in 2008,the government strongly reconstructed this area. The mountains, which were the block of the communication with the outside world, after the road that passes vehicles has been built, become the accelerator of urbanization. Nowadays the ancient ethnic group is facing the integration and contradiction, which are brought by the process of the modernization.

Wenchuan is my hometown, so The mountain of Qiang project is also mixed with my memory, which made me use a non-linear narrative way. I want to find what I expect of the Qiang people, Qiang region, mountains and the contemporary relationship between human and Landscape. 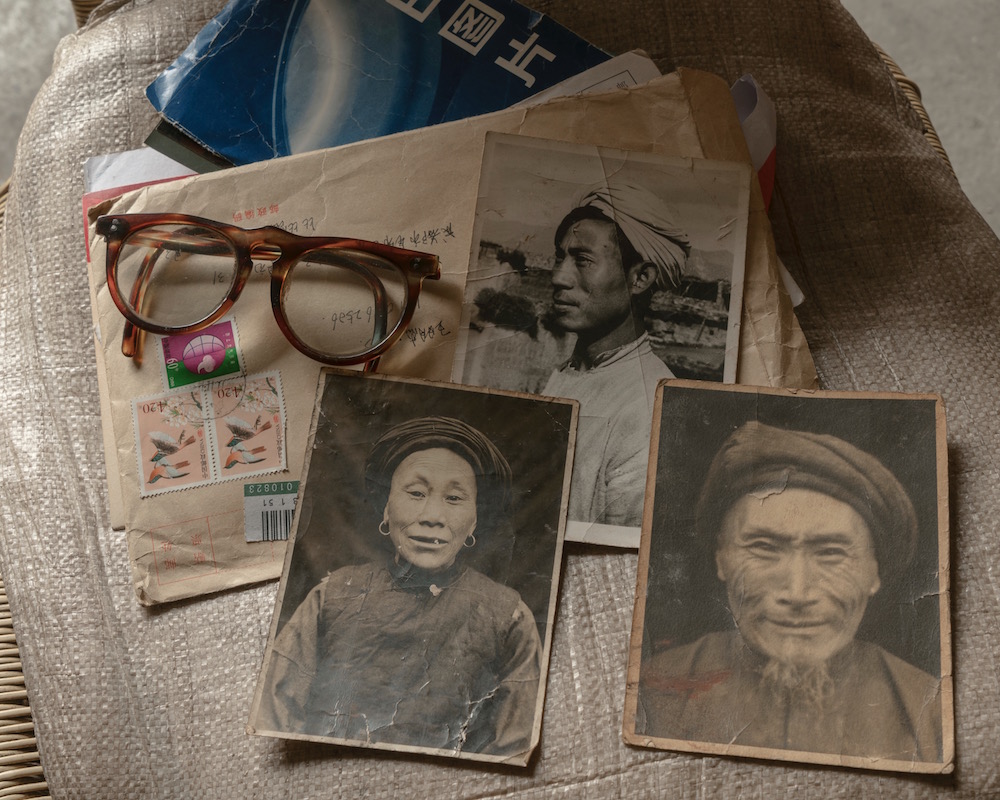 ©Lyu Geer, Picture of Shibi Wang Mingjie when he was young,and his parents.

Tell us about growing up in Sichuan, China.

I always felt that for many in post-90s in China, we will not have the entity carrier of memories..everything changed too fast..and I was one of the most serious victims. The town I lived in childhood has become a reservoir, and then the subsequent earthquake came.   Fortunately there are photographs that remain. 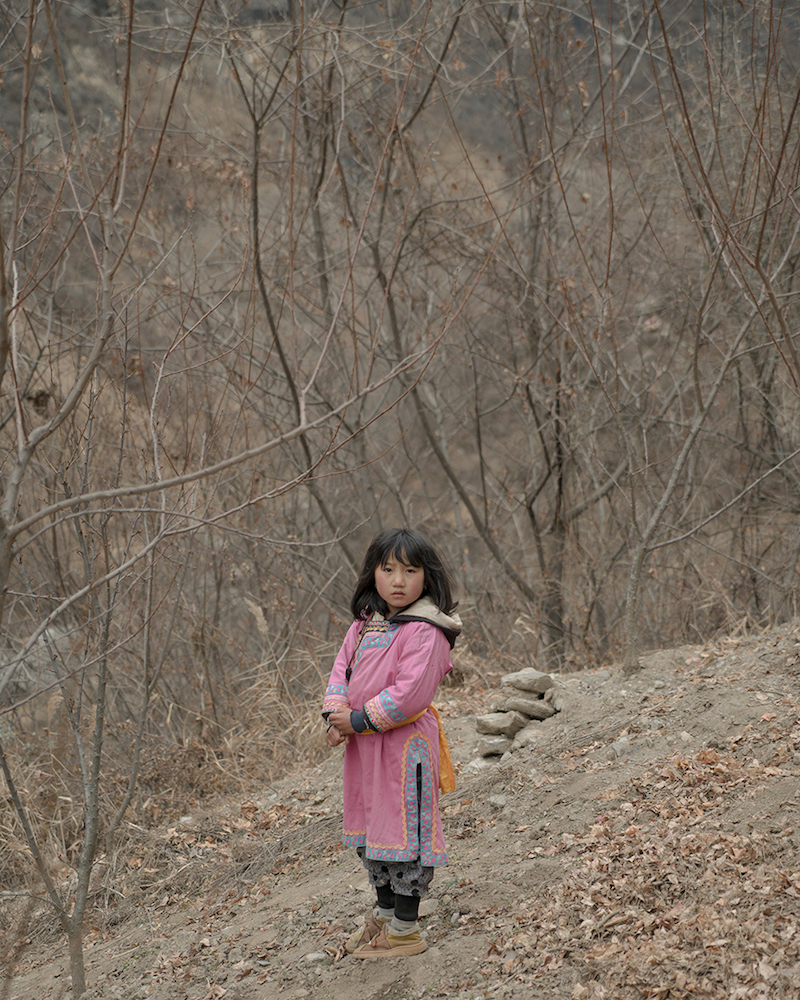 ©Lyu Geer, One of the twin sisters, her grandmother is doing farm work nearby.

I remember the first photo I took was a panda using my father’s digital camera. After choosing photography as my major in university , I find it is a perfect medium for me to express myself. 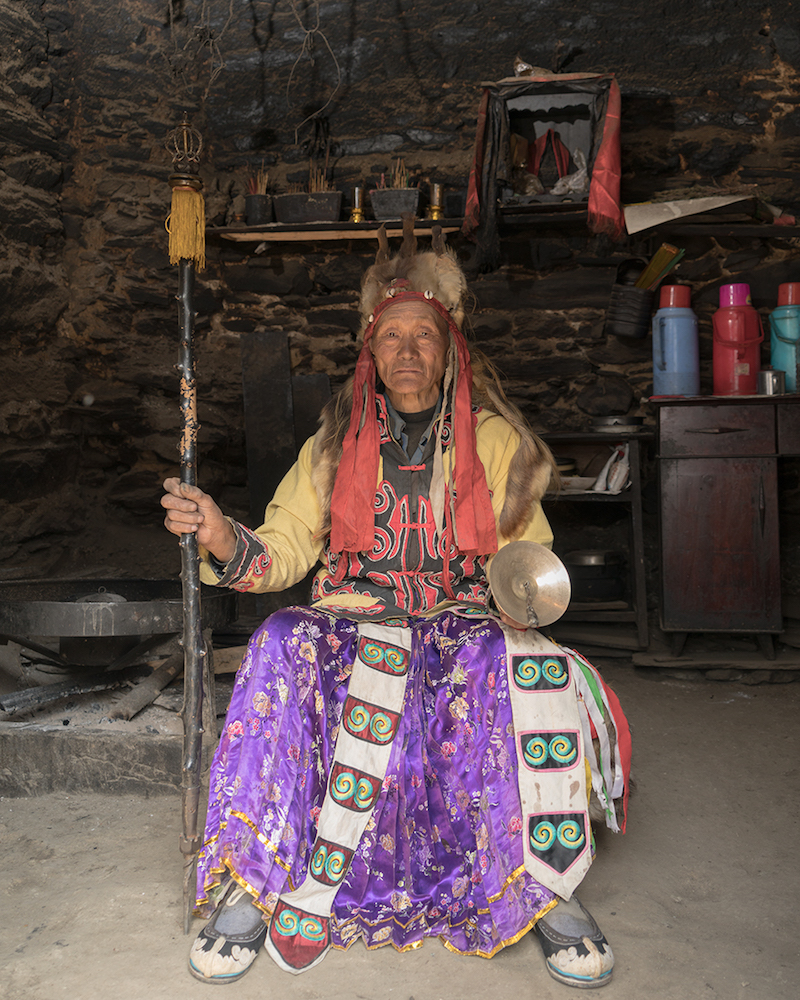 How did you select the Mountain of Qiang to create your narrative? Did you grow up nearby?

As I said before,  everything changed too fast，So I feel I need to record them quickly. And Qiang’s area is just in the process of the modernization.My hometown is nearby Qiang, I try to use a point of view from an old Chinese saying called “Being in the mountains”, to find the image I expect. The experience of  photographing the mountains  is also a way of participating in the traditions of Chinese landscape painting，I am also a figure in the storyand the images are just results of my movement. 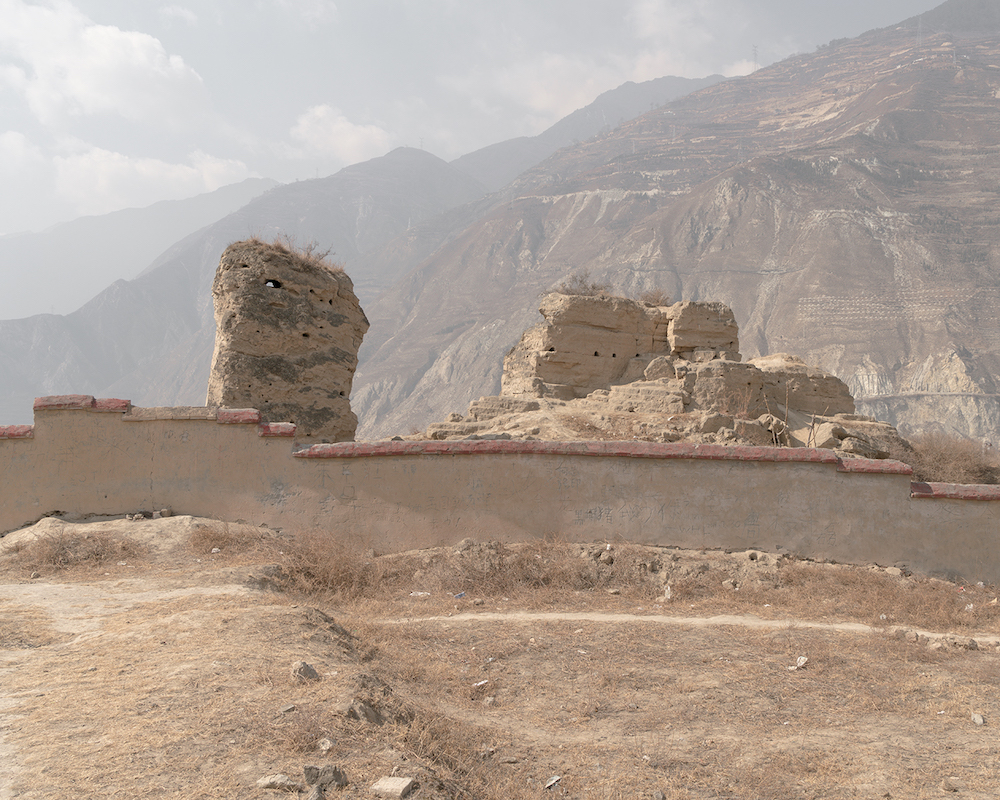 ©Lyu Greer, The ancient city wall and its protective wall,the wall was engraved with the oath of the tourists.

Is this a long term project?

I had the idea of this work at the end of 2015 and conducted a preliminary study in 2016, then I officially started the work in 2017. The work has not been completed and I want to later make a photo book. 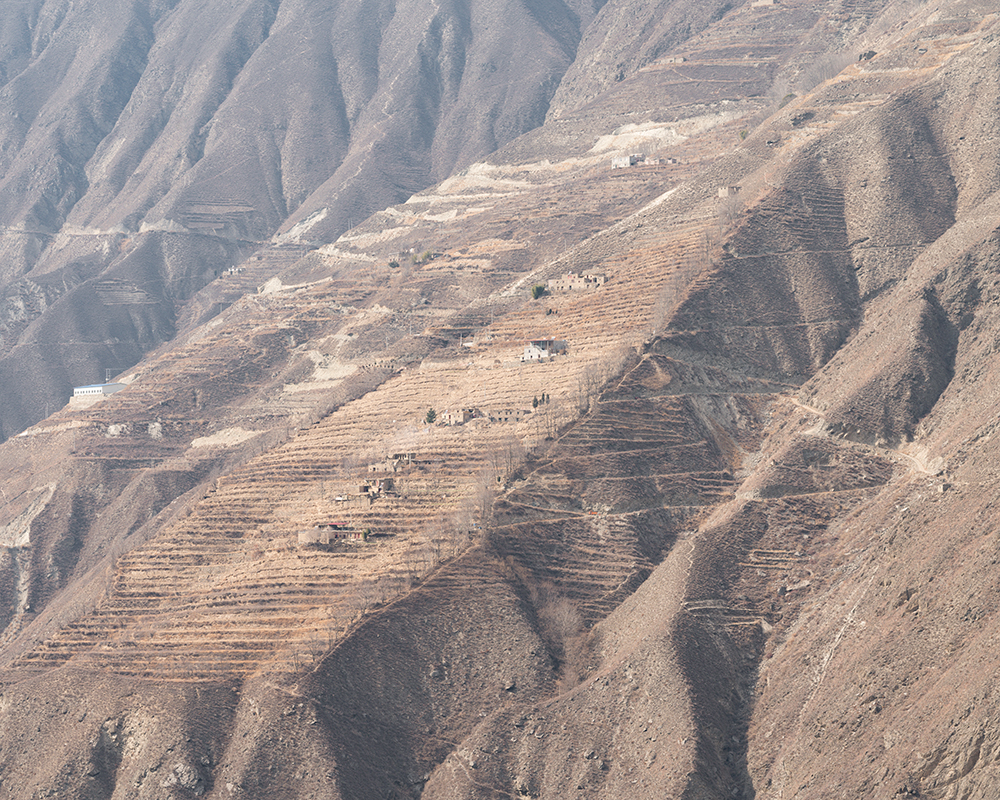 ©Lyu Geer, Qiang Most live in the mountains.

There are so many talented Chinese photographers–is there a sense of community?

China has so many talented photographers, they are educated at home or abroad. We are in the same era, but having different experience. 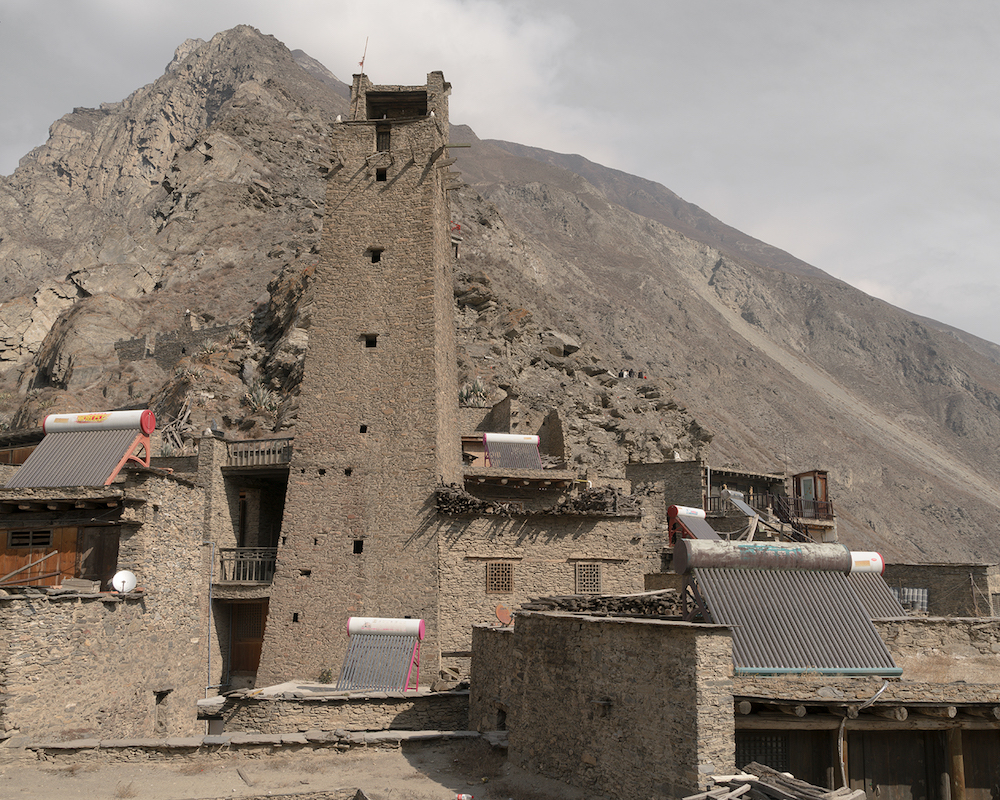 ©Lyu Geer, Qiang Most live in the mountains, this is a watchtower, defense foreign enemies in ancient.

Are there strong photography programs in China?

Lu Nan’s “The Condition of China’s Psychiatric Patients “, Wang Qingsong……so many. They are contemporary, but I want to talk about Zhuang Xueben,in the 1930s, he travelled to western China to photograph the minority people. His photographs are different from the early Western photographer who just seek novelty.. and these  gave me some inspiration. These seniors are very powerful. 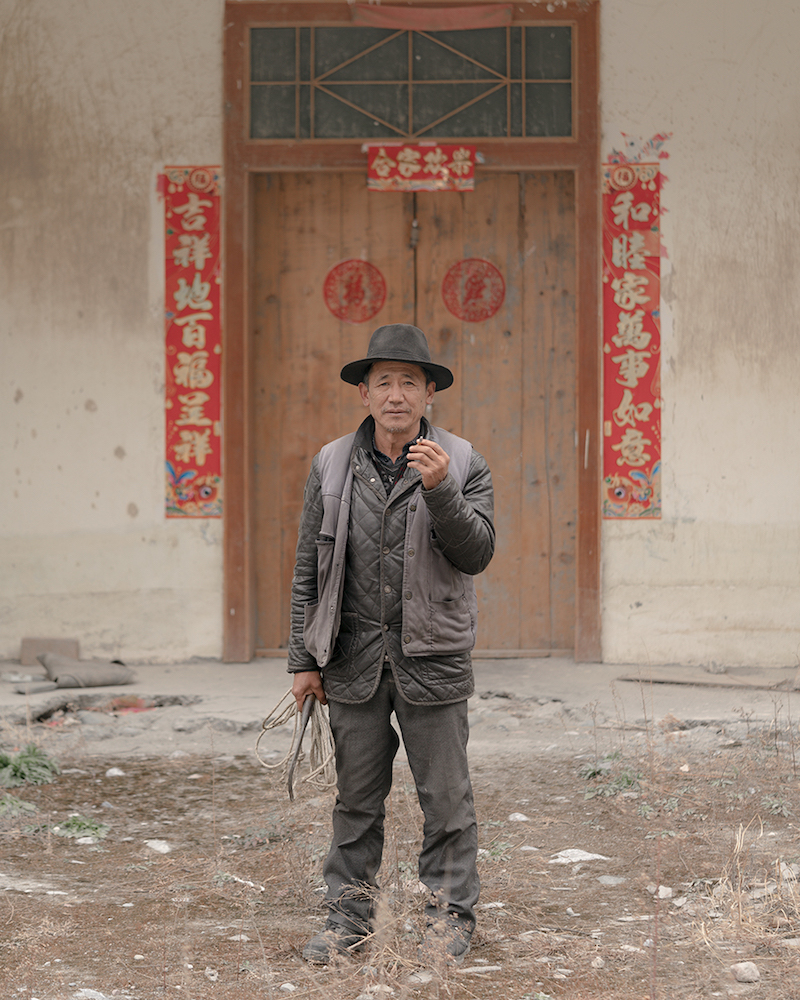 ©Lyu Geer, Mr. Shang is in front of his old house damaged by floods.

I’m not going to say the time when take photos, which of course is very happy. But the perfect day I think is that my work has been printed and exhibited–it feels the work has really been finished. 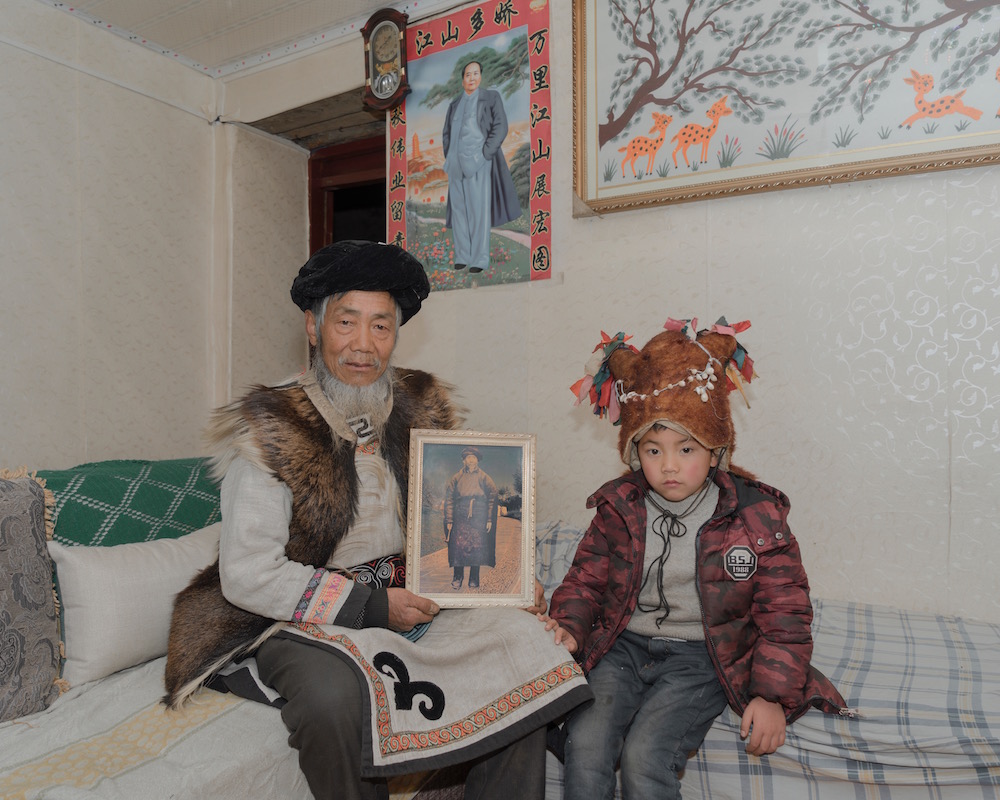 ©Lyu Geer, Shibi Zhu Jinlong and his grandson,in his hands is the photo of his father,also a Shibi. 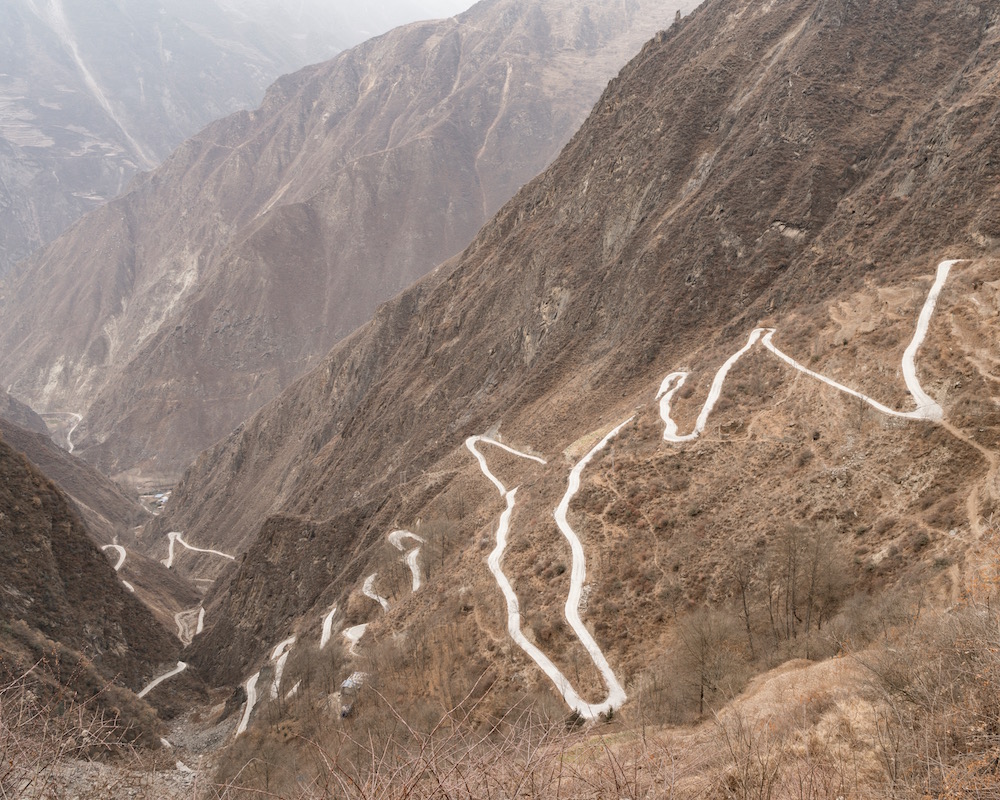 ©Lyu Geer, The road to one of the Qiang village. 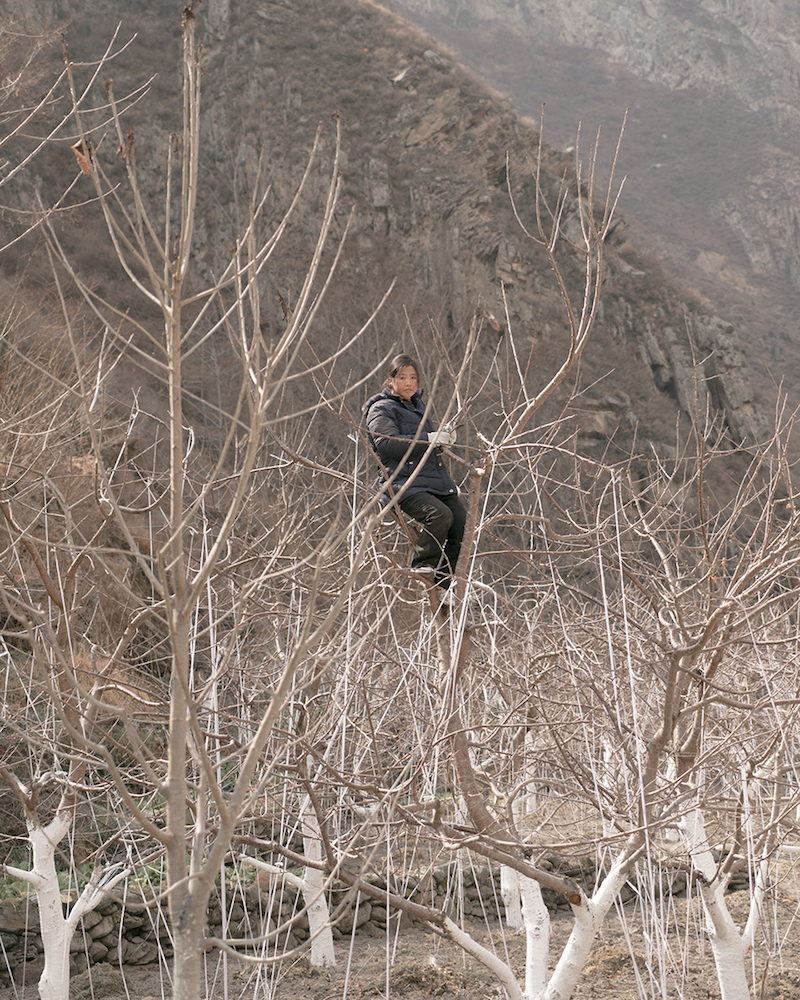 ©Lyu Geer, A woman in the top of the tree. 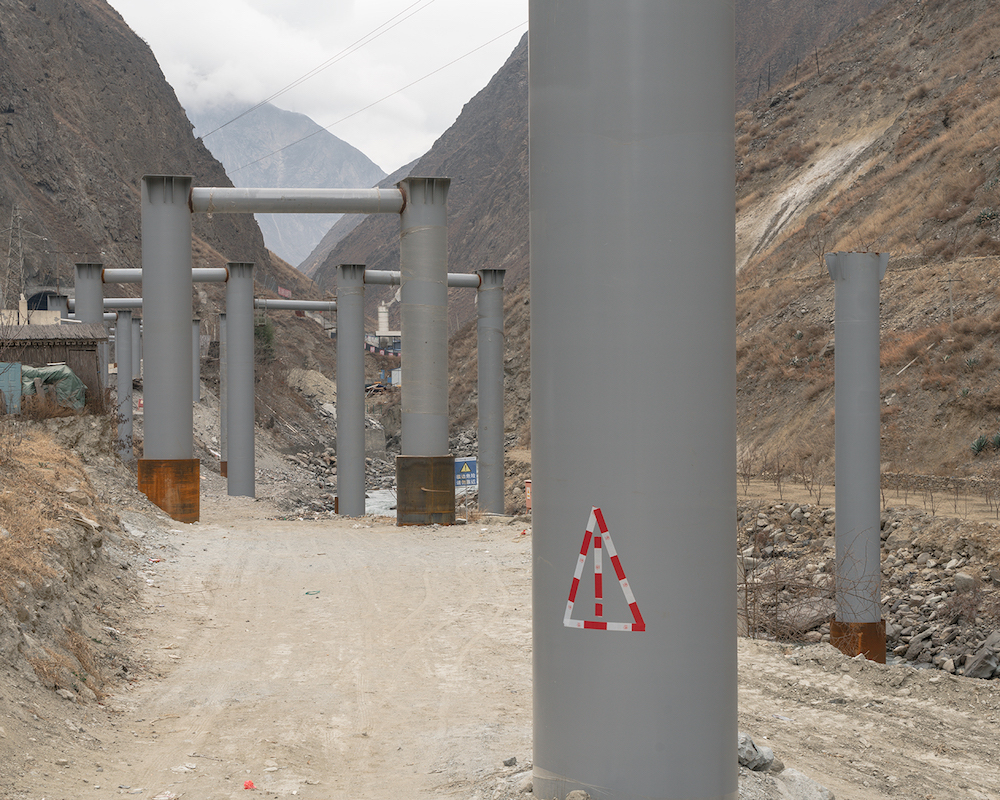 ©Lyu Geer, The highway is under construction, there are two exclamation mark in the photo. 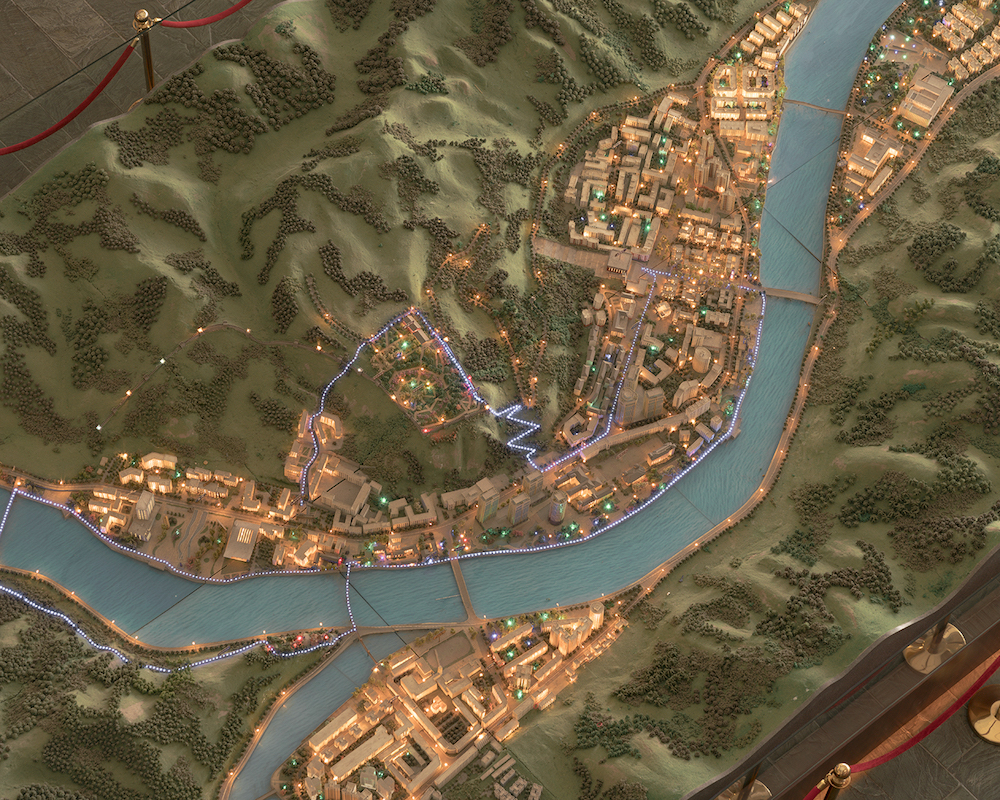 ©Lyu Geer, The model of constructed new Wenchuan,Zhuang Xueben takes a picture at the same position in 1934. 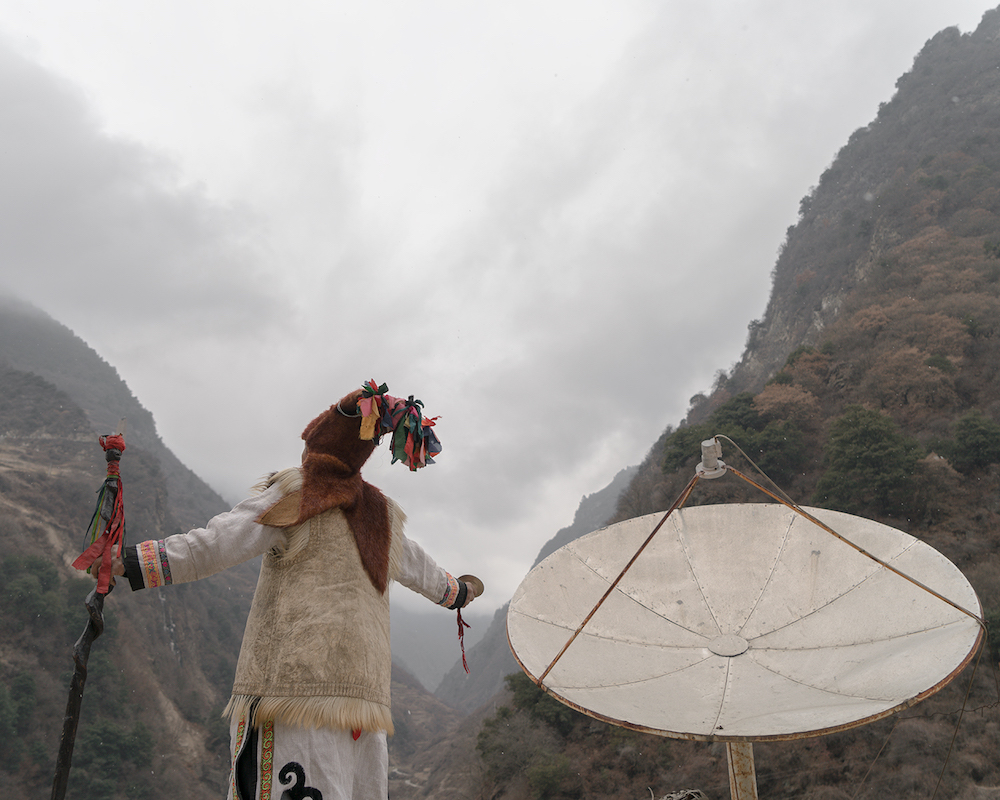 ©Lyu Geer, Qiang believe Shibi is the intermediary of gods and human. 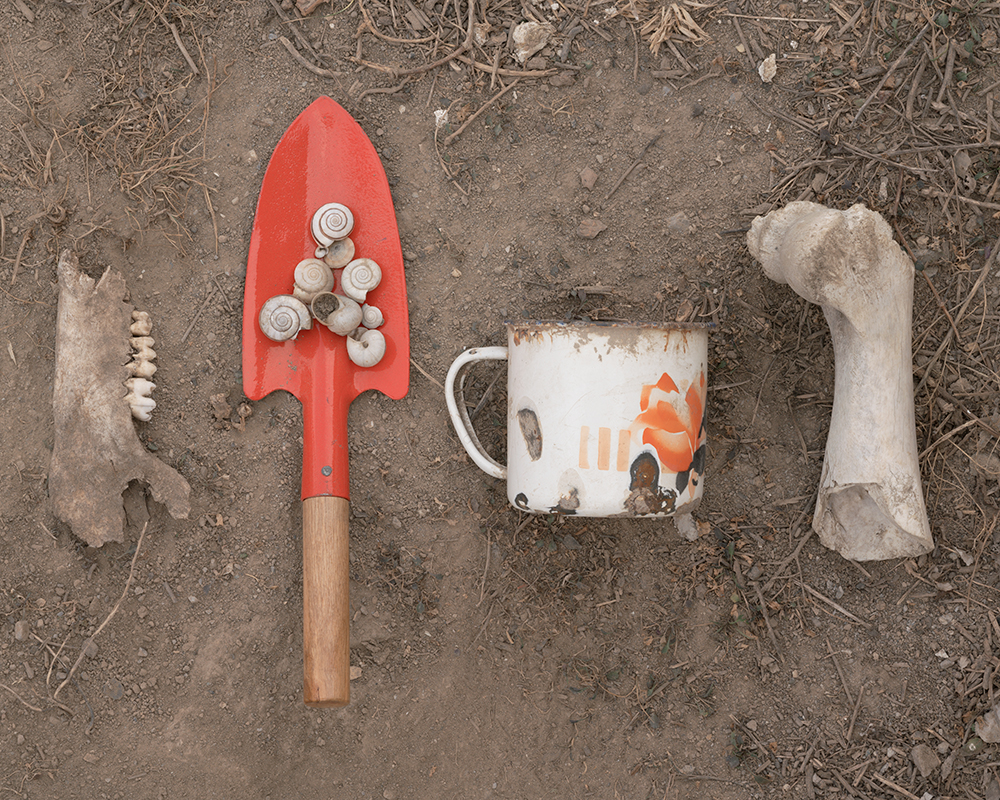 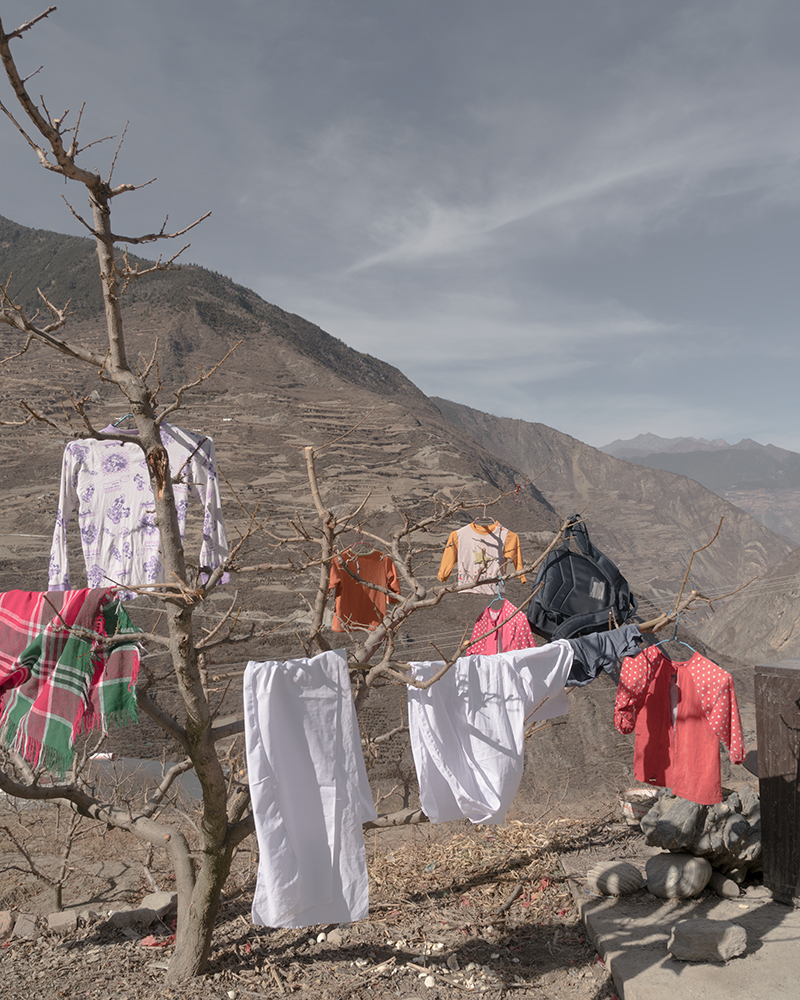 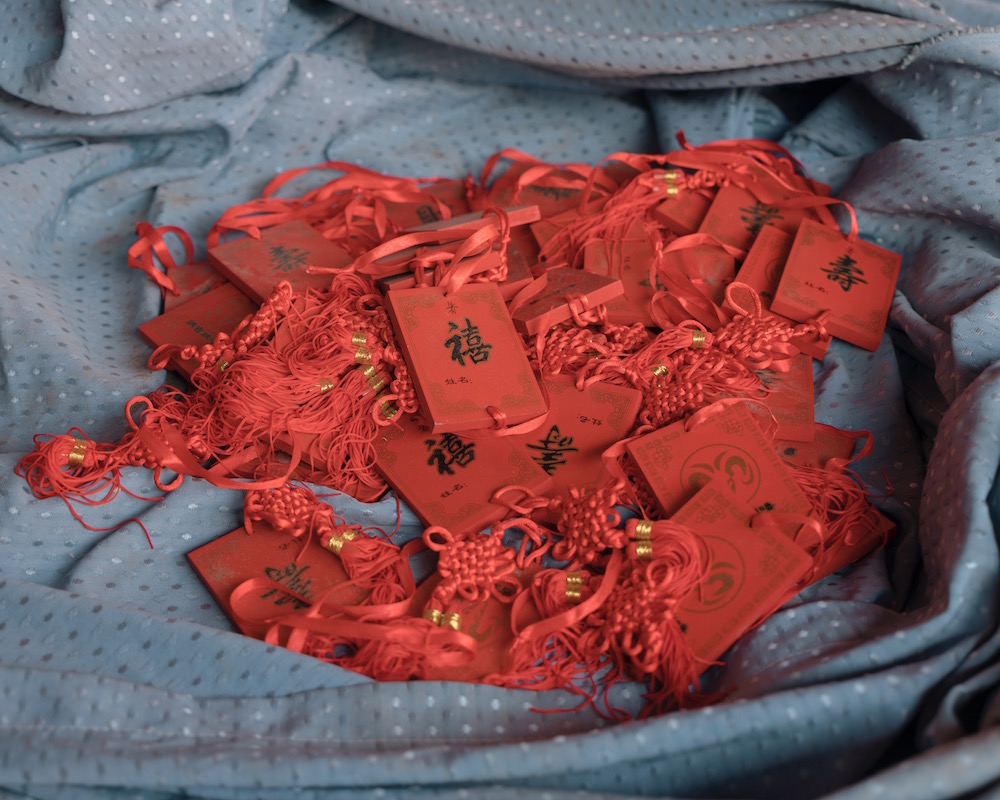 ©Lyu Geer, A pile of wishing plaques for tourists. 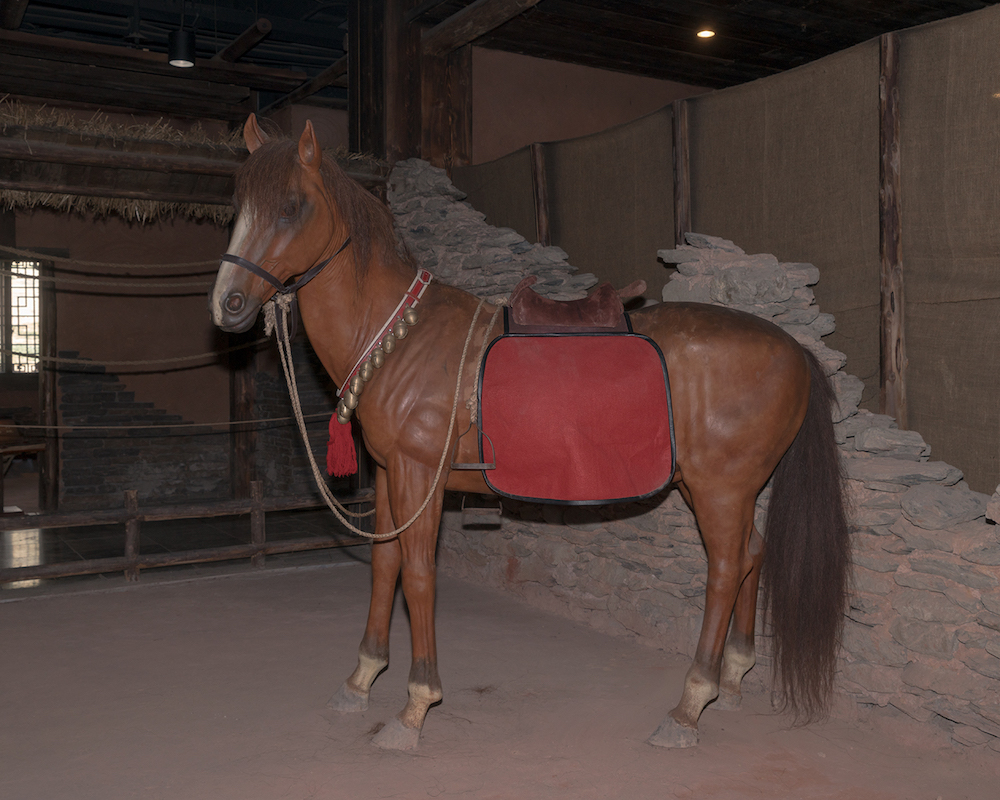 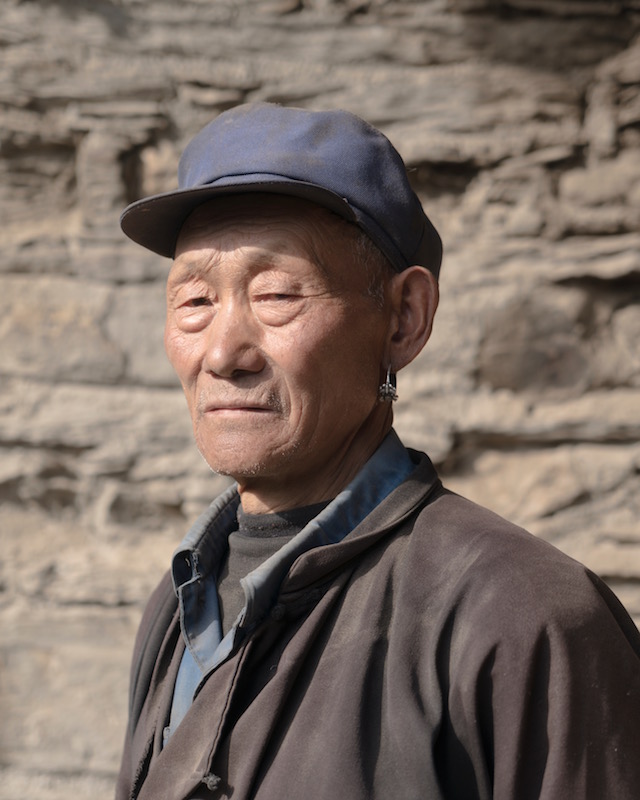 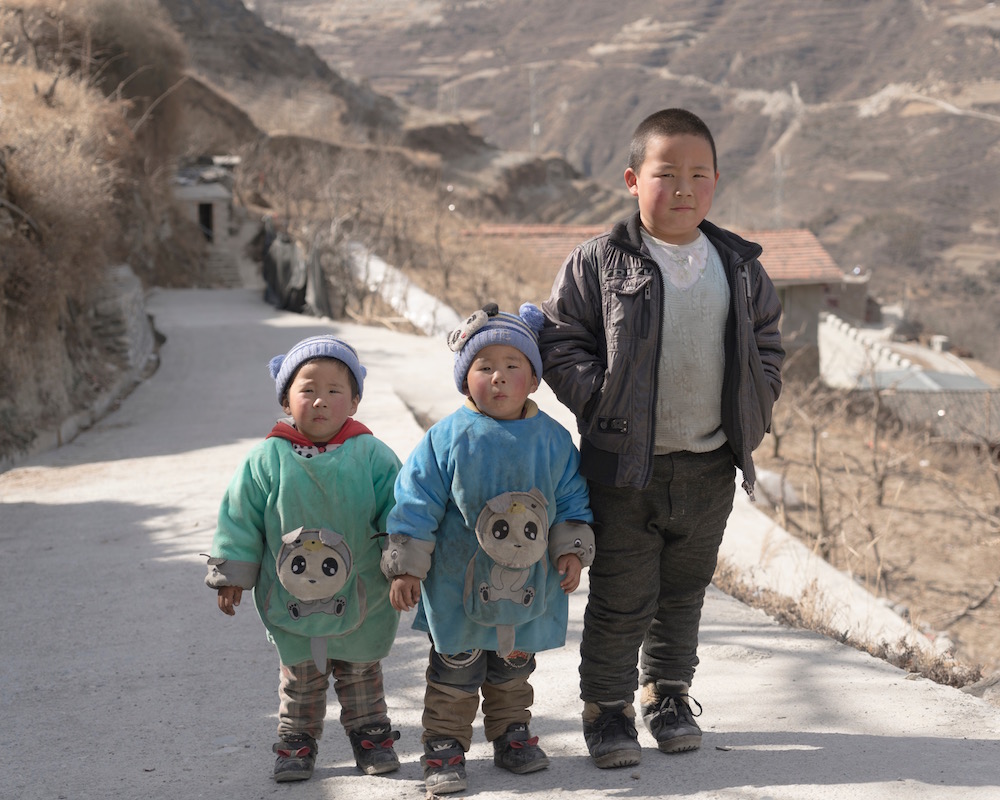 ©Lyu Geer, A pair of twins and their brother.