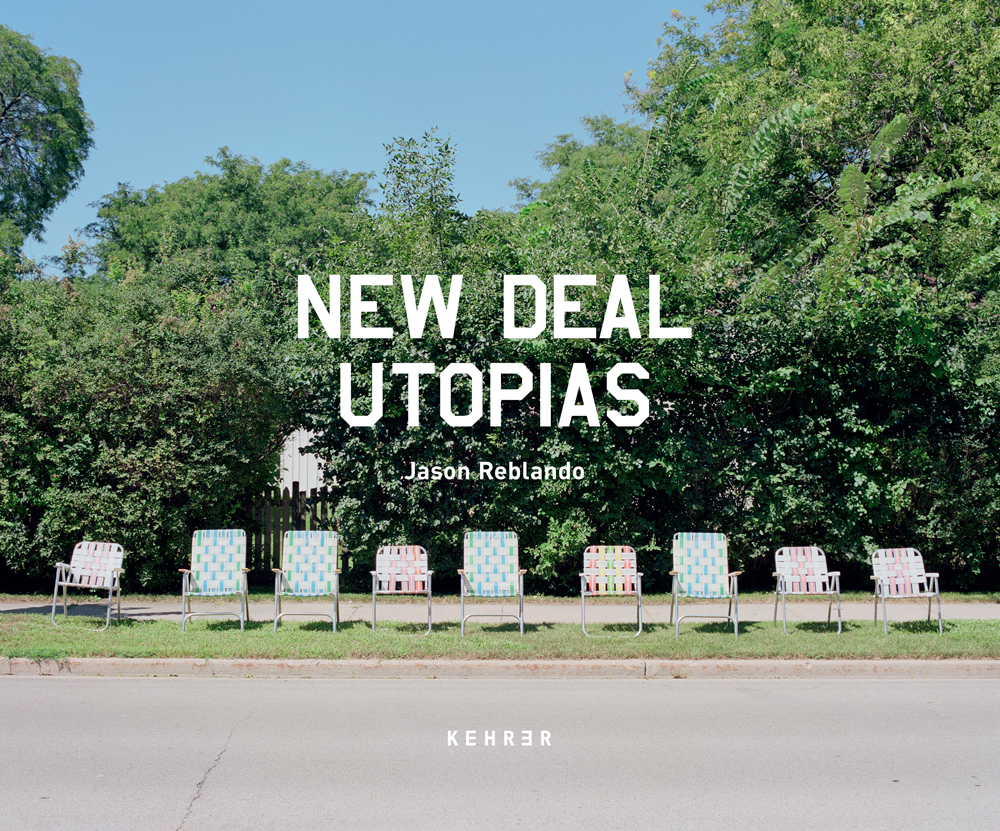 Jason Reblando has spent much of his practice considering place, space, and architecture. His newest project, New Deal Utopias, examines an idealized way of living through three planned communities in Maryland, Ohio, and Wisconsin, created during the depression. Though considered a Communist experiment by conservative members of Congress at the time, these communities have thrived and are templates for urbanist ideals.  A monograph of New Deal Utopias has recently been published by Kehrer Verlag, and the book features essays by Natasha Egan, executive director of the Museum of Contemporary Photography at Columbia College Chicago, and Robert Leighinger, Jr., author of Long-Range Public Investment: The Forgotten Legacy of the New Deal (University of South Carolina Press, 2007). New Deal Utopias was supported by a publication grant from the Puffin Foundation.

On October 19th, Jason will be giving an Artist Talk at Maryland Institute College of Art, Baltimore, MD and a Book launch and lecture at the Greenbelt Museum, 10 Crescent Rd., Greenbelt, MD, co-sponsored by the University of Maryland School of Architecture, Planning & Preservation. On December 7th, he will have a book signing at Museum of Contemporary Photography at Columbia College Chicago, 600 S. Michigan Ave., Chicago, IL

Signed copies of New Deal Utopias can be purchased at www.jasonreblando.com where Jason is also offering a limited edition portfolio containing four 11”x14” images and a copy of New Deal Utopias in a handmade box made by book artist Andrew Huot of Big River Bindery. A portion of the proceeds from portfolio acquisitions assist the Living New Deal, a non-profit organization based in the Department of Geography at the University of California, Berkeley, that is dedicated to the documentation and preservation of New Deal public works. The book can also be purchased online at Amazon.com, the Kehrer Verlag website, and fine art bookstores. 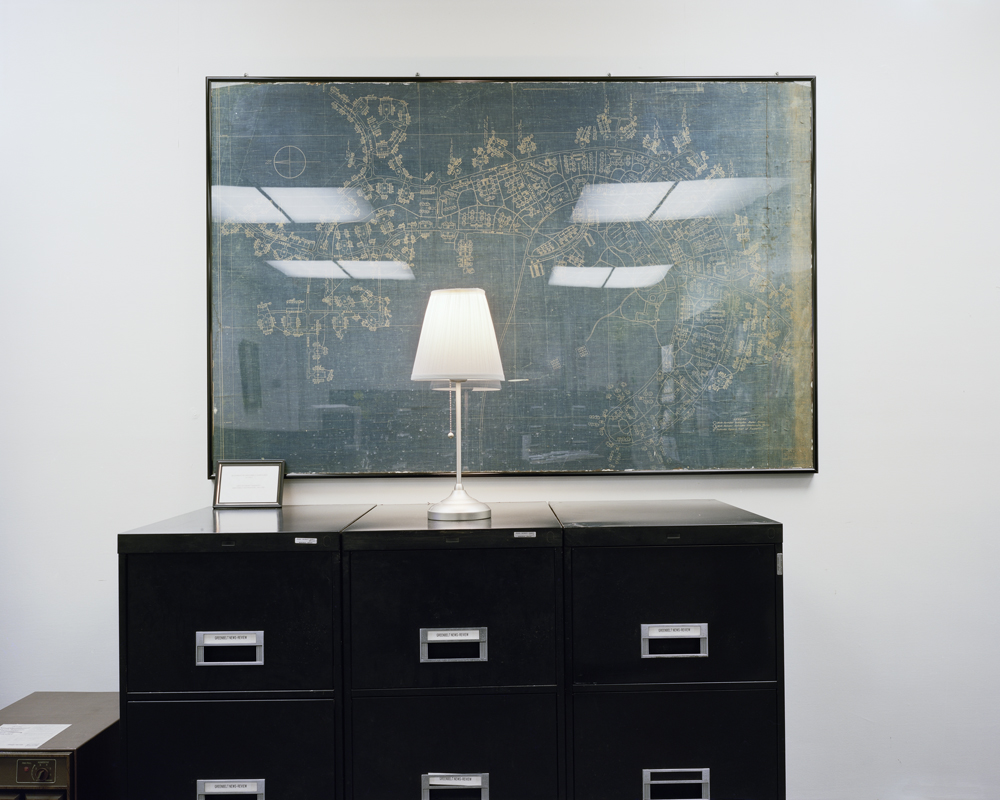 Jason Reblando is an artist and photographer based in Chicago and Normal, Illinois. He received his MFA in Photography from Columbia College Chicago, and a BA in Sociology from Boston College. He is the recipient of a U.S. Fulbright Scholar grant and an Illinois Arts Council Artist Fellowship Award. He has served as a grant panelist for the National Endowment for the Arts and the City of Chicago Department of Cultural Affairs Community Arts Assistance Program. His work has been published in the New York Times, the Los Angeles Times, the Chicago Tribune, Politico, Slate, Bloomberg Businessweek, Real Simple, Chicago Magazine, Marketplace, Camera Austria, and PDNedu. His photographs are part of the collections in the Milwaukee Art Museum, the Midwest Photographers Project of the Museum of Contemporary Photography, and the Philadelphia Museum of Art. 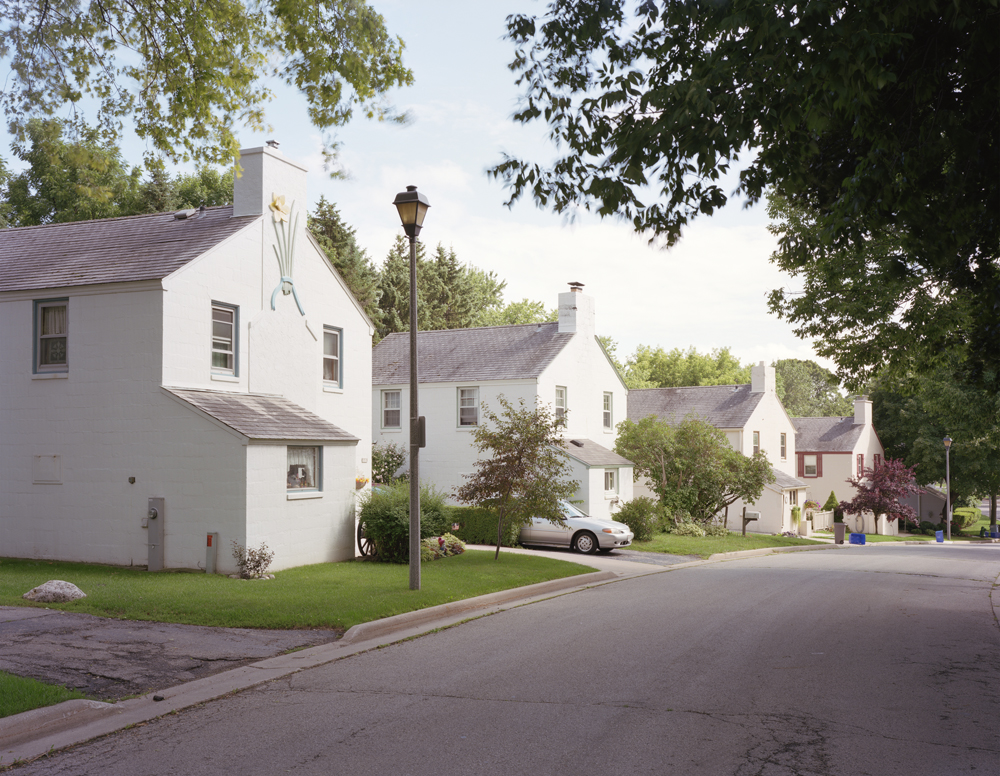 New Deal Utopias focuses on three planned communities — Greenbelt, Maryland; Greenhills, Ohio; and Greendale, Wisconsin — that were constructed by the U.S. government during the Great Depression. These “Greenbelt Towns,” built under the auspices of the short-lived New Deal agency, the Resettlement Administration, embodied the hope that American citizens would meet the challenges of the Depression in a spirit of cooperation, not unrestrained greed. They raised suspicions of socialist towns in America, but have become an indispensable prototype for urban planners around the world. The Greenbelt Towns were inspired by the “Garden City” principles of Sir Ebenezer Howard, a British urban reformer in the late nineteenth century who envisioned cities that combined the best qualities of the “town” and “country.” Today we are again struggling through tough economic times and the politics and divisions that produced the Greenbelt Towns still prevail. My contemporary photographs of the three towns are a meditation on the human urge to create an ideal world, as we continue to grapple with the complex roles of government, nature, and housing in contemporary society. I hope that viewers will consider the intersections of the history and future of urbanism, politics and place, and landscape and the built environment. – Jason Reblando 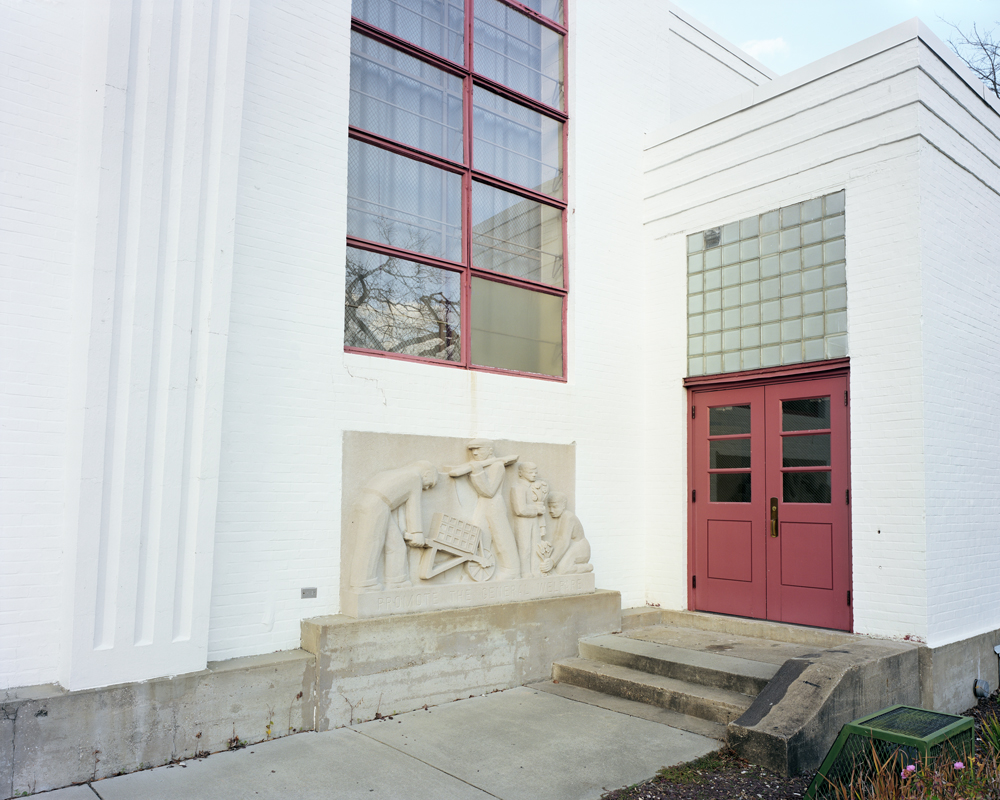 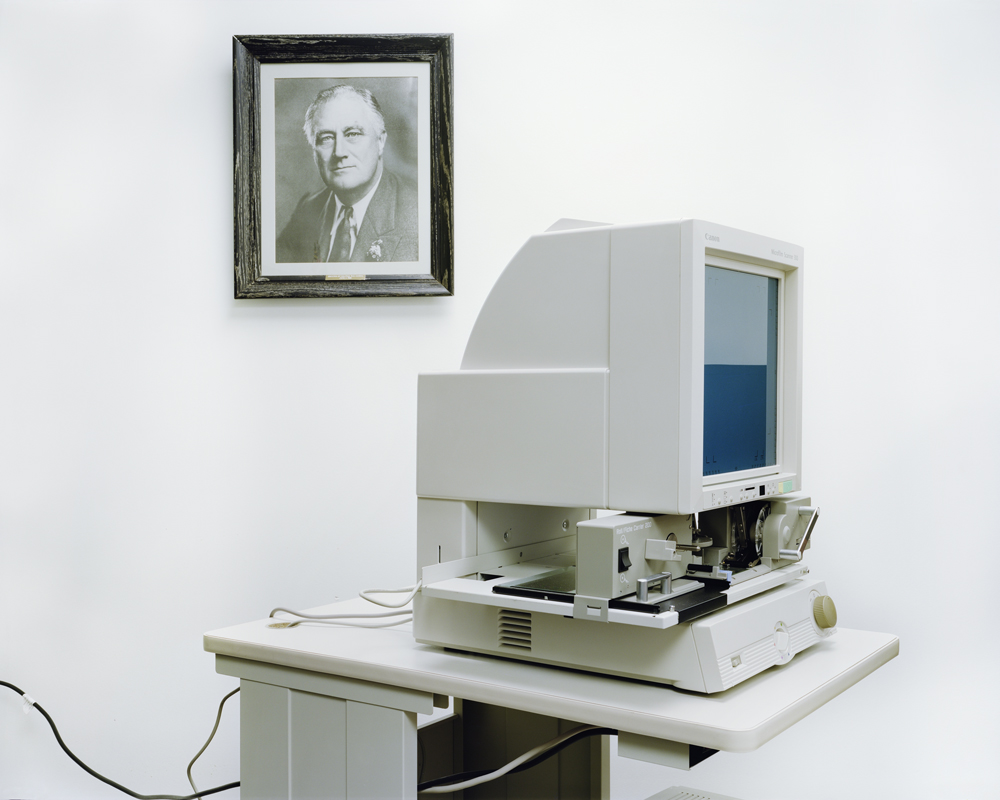 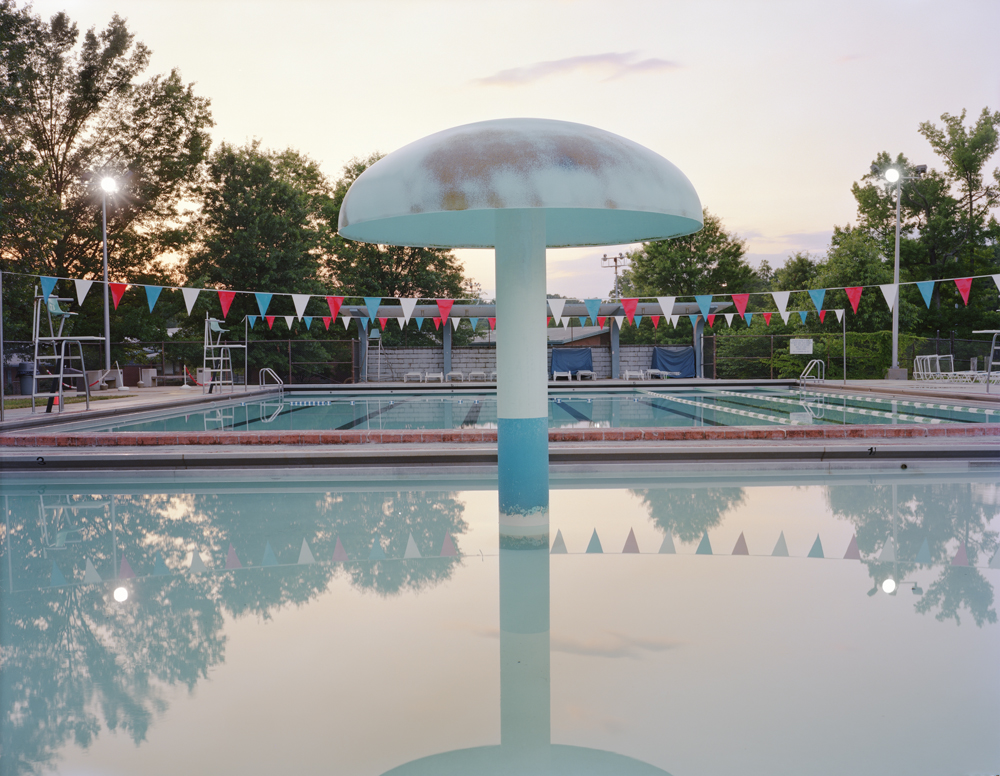 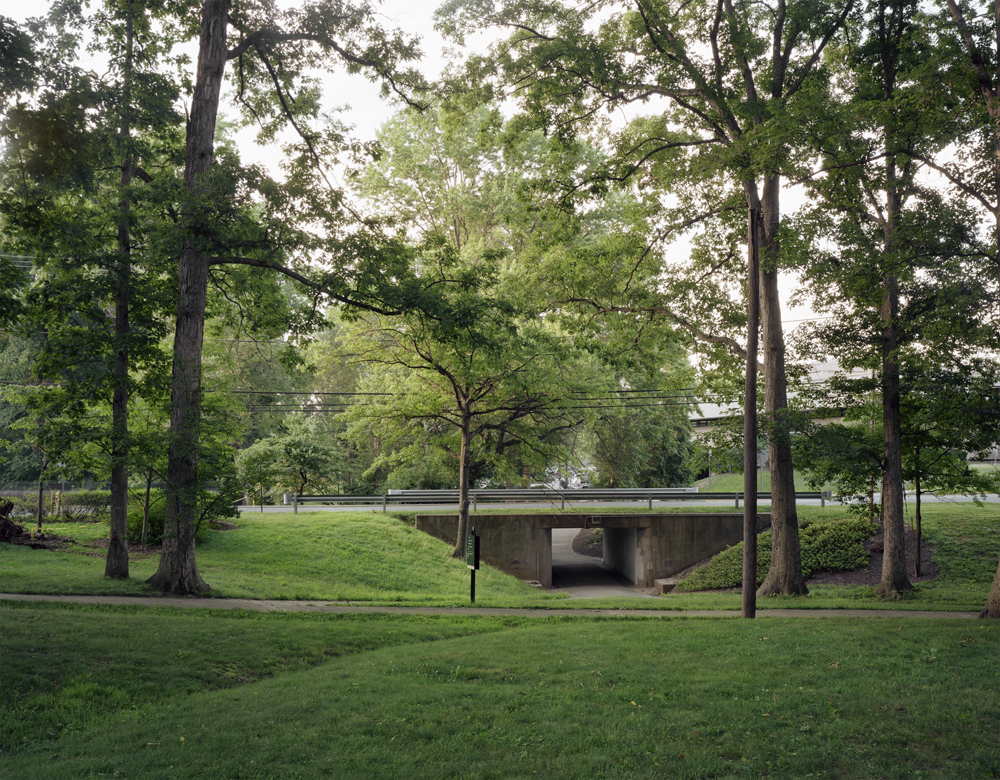 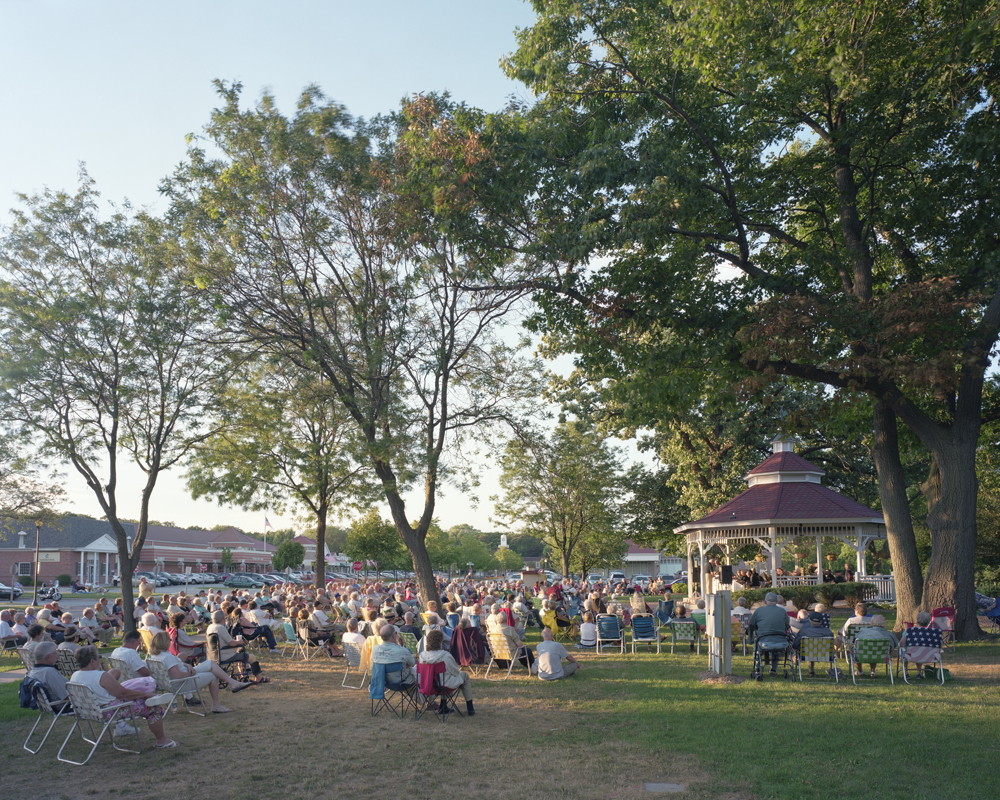 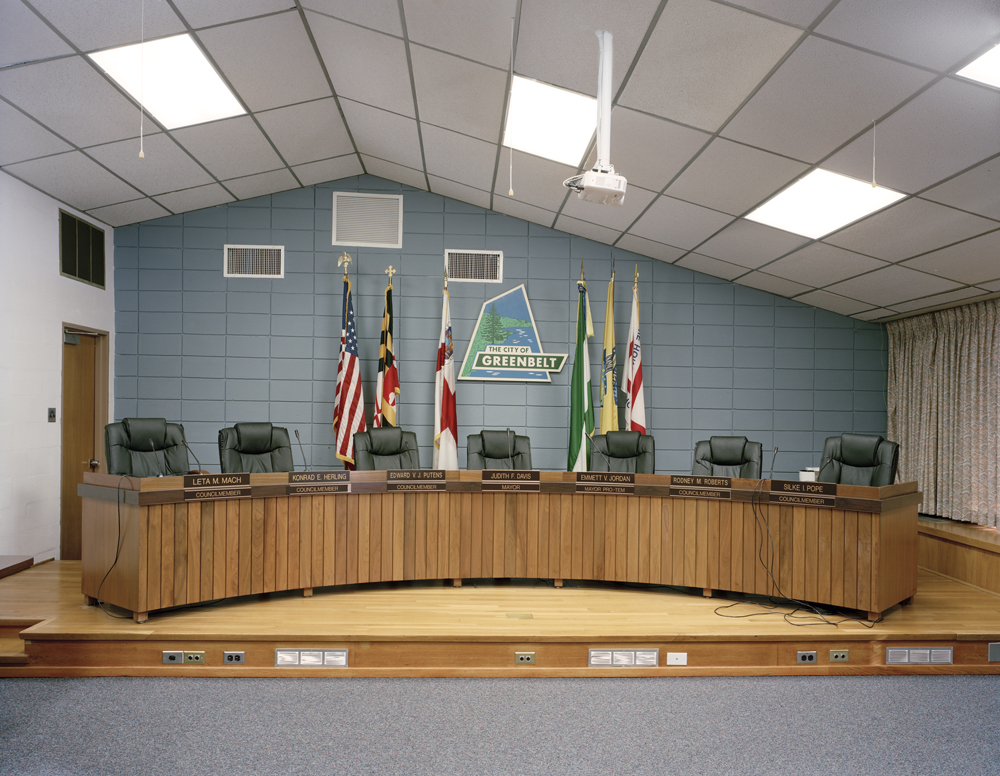 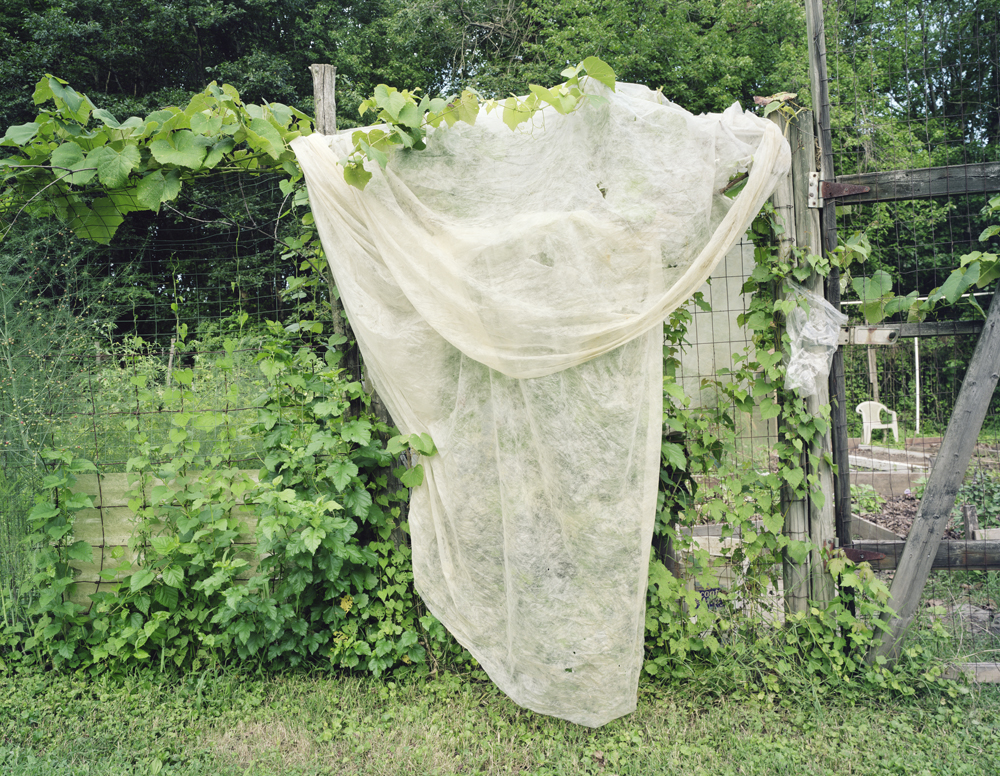 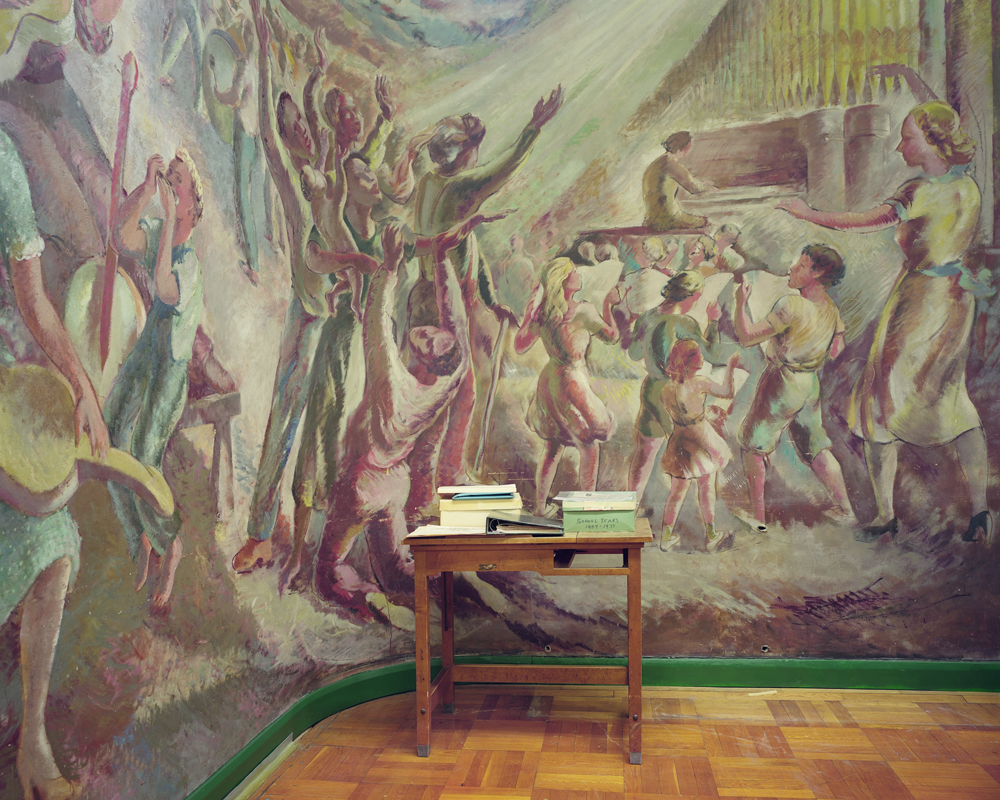 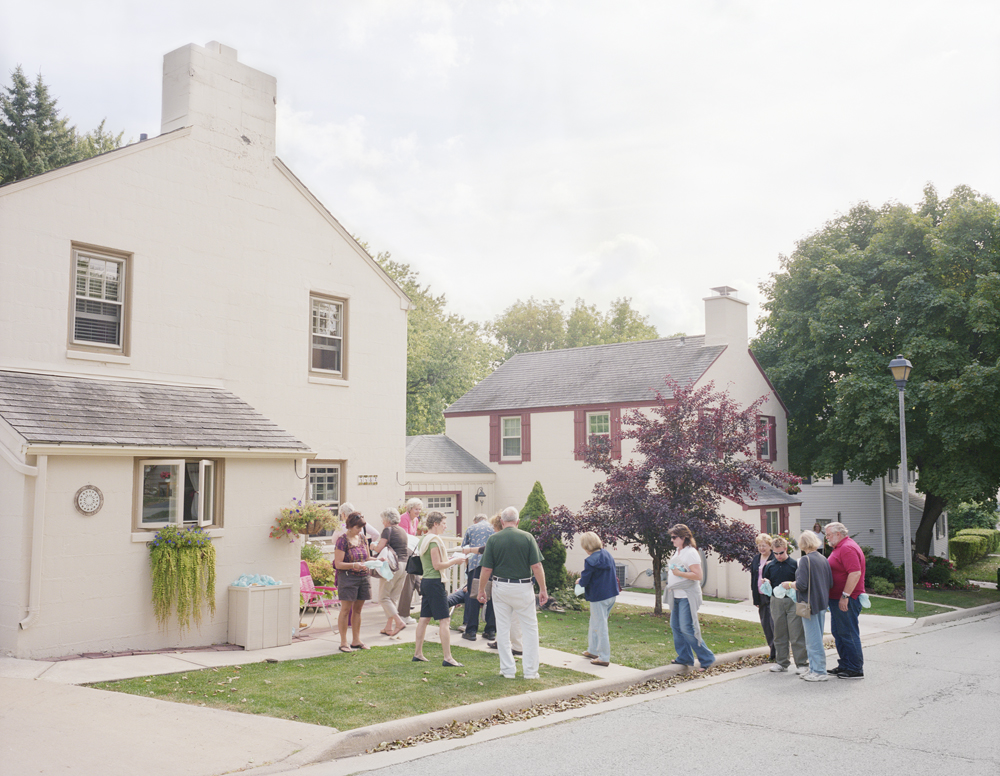 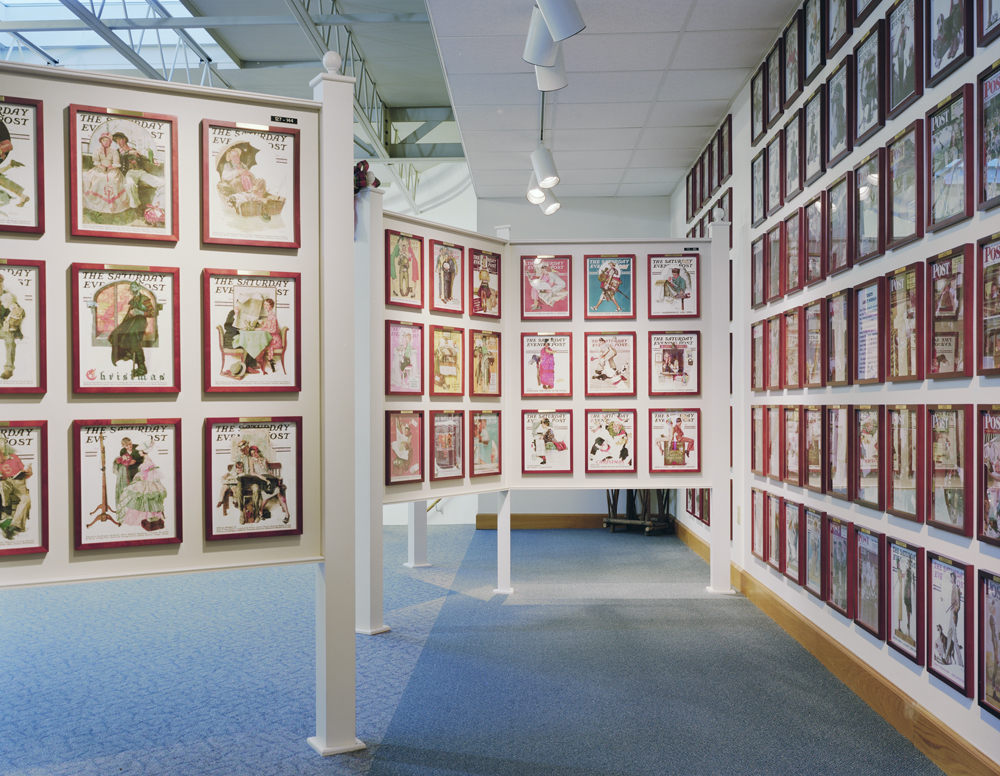 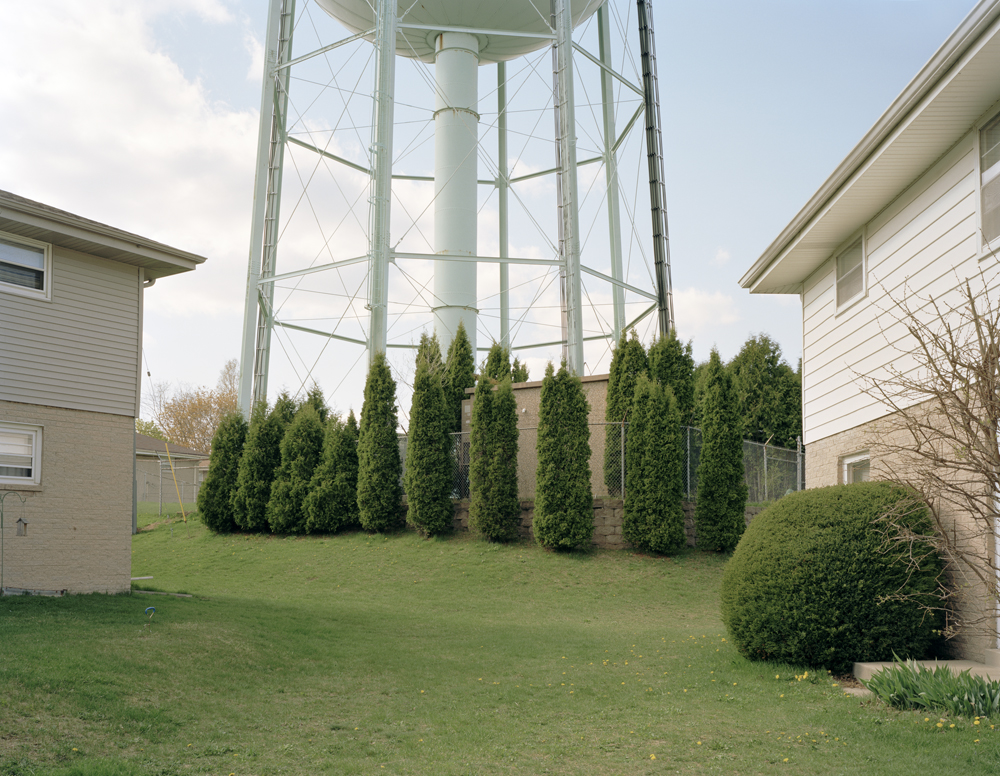 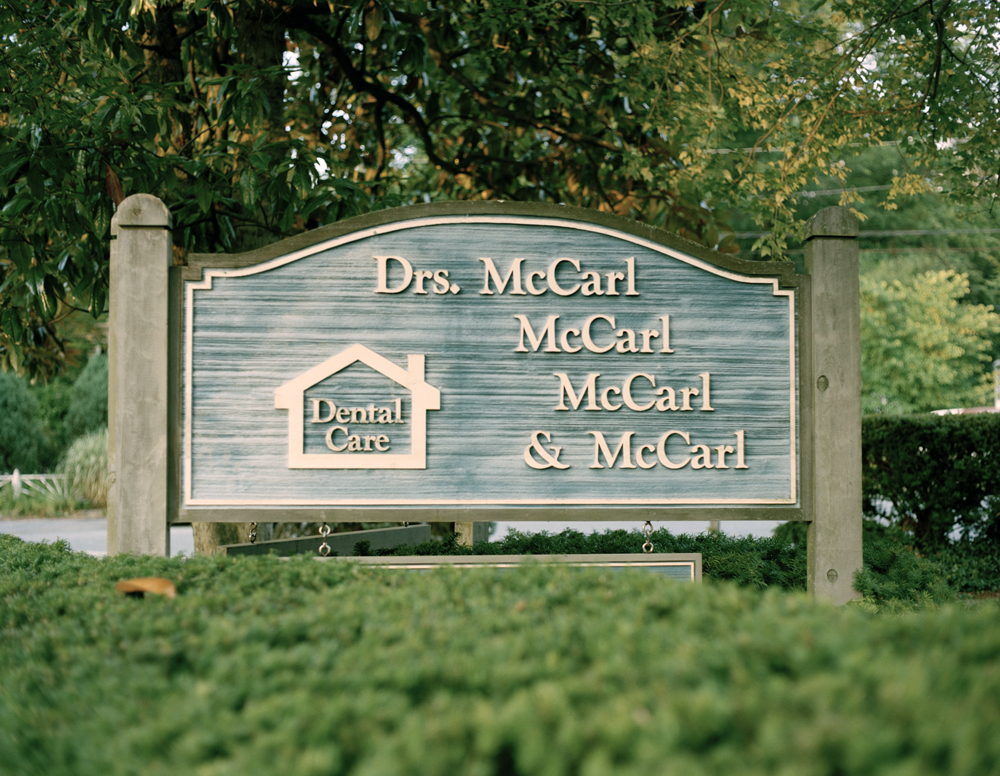 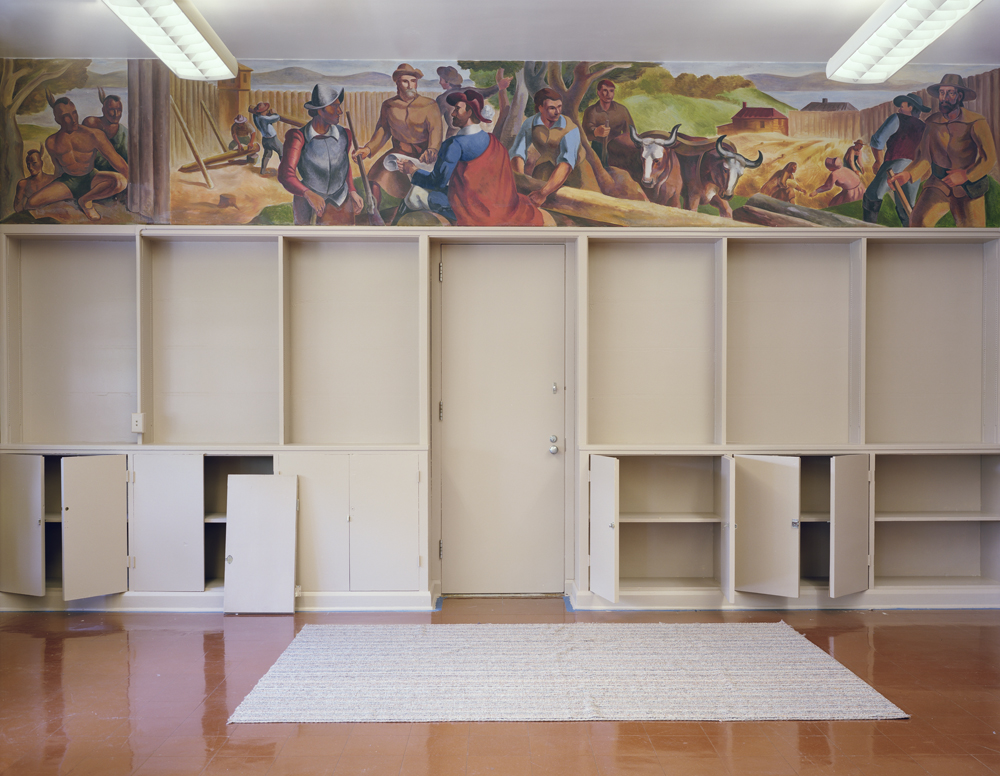