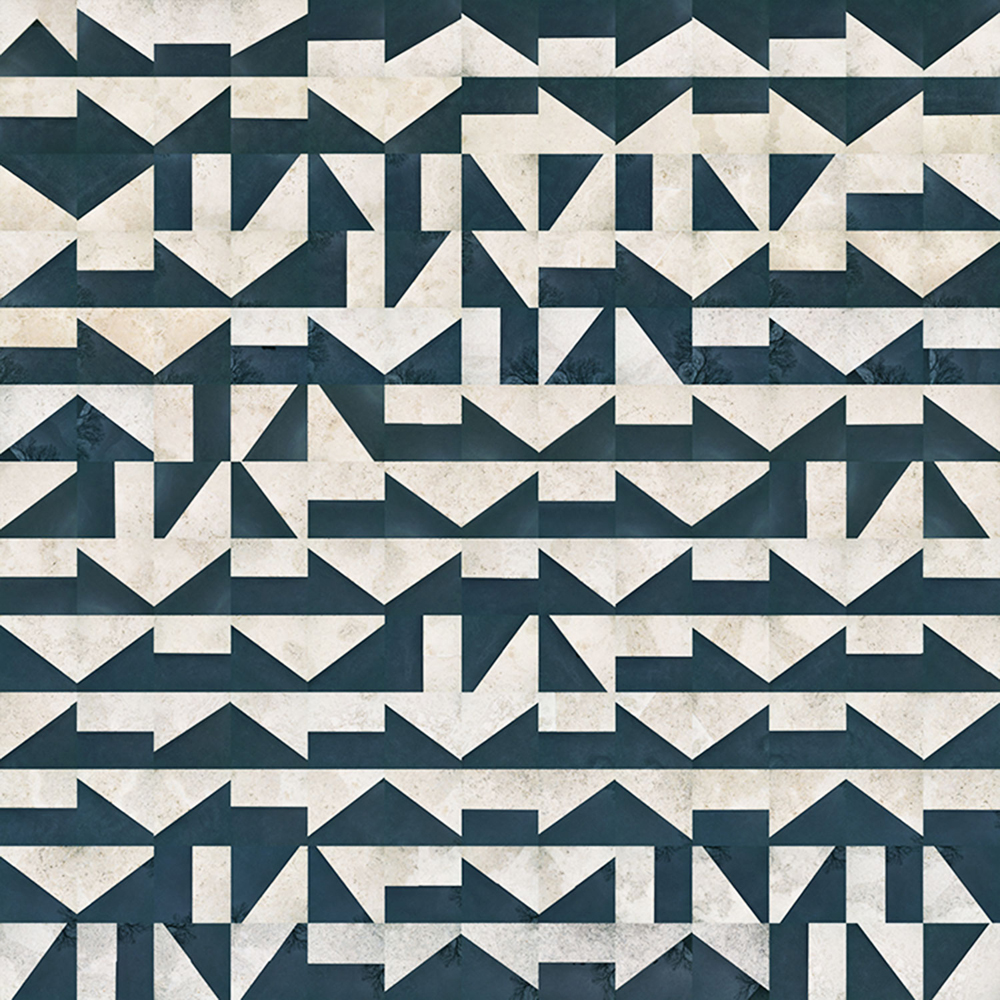 Photographer Ben Marcin has had a long legacy of considering architecture–his projects Last House Standing, The Camps and Out West reflect a variety of places we have called home. Tomorrow night, Ben opens the exhibition, Structures at the C. Grimaldis Gallery on view through December 23, 2017.  Structures features several projects with a new approach to looking at architecture: Museums, Grids, Walls, and Stairwells, all are abstract grids that “compartmentalize urban architecture into meditations on shape and form, pattern and geometry”. Following Ben’s characteristic typology style of documenting place, in which multiple photographs work together to provide a composite narrative, these portraits of structure “hone in on an array of details, cataloguing the foundational matter of buildings into compositions that transcend the nature of their subjects”. 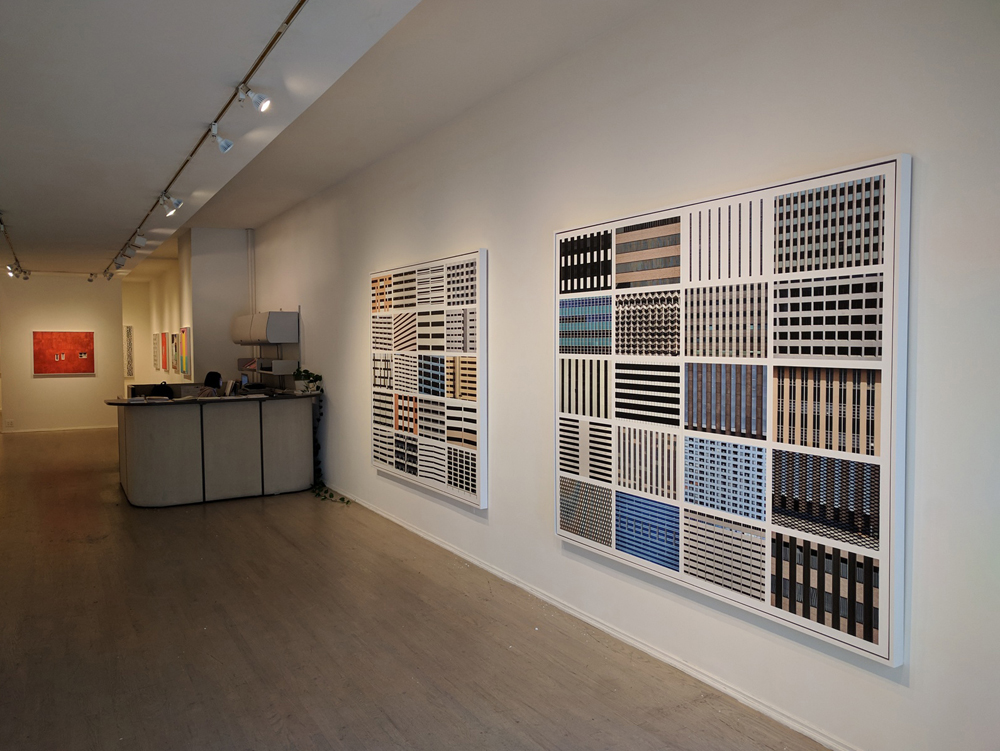 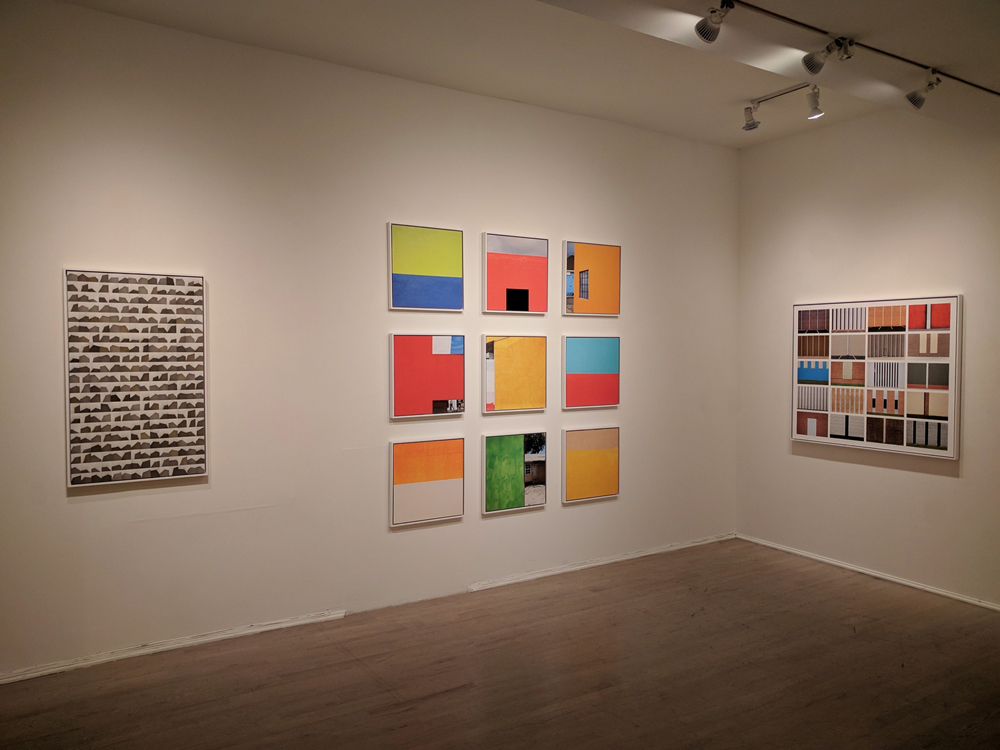 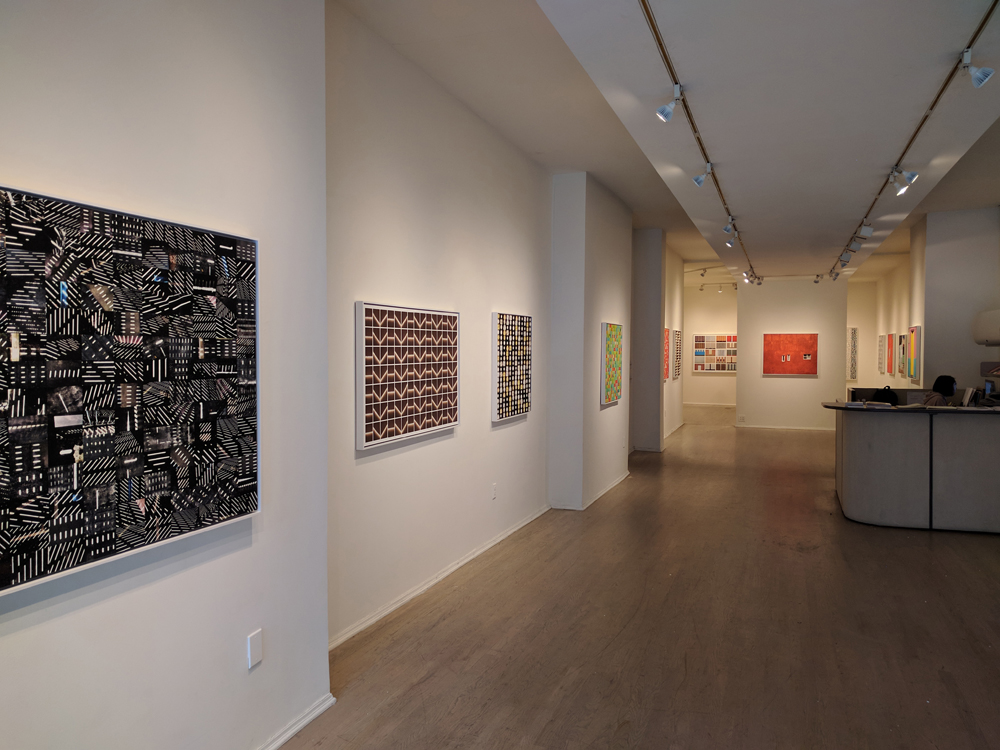 Ben Marcin was born in Augsburg, Germany. Many of his earlier photographic essays explored the idea of home and the passing of time. “Last House Standing” and “The Camps” received wide press both nationally and abroad (The Paris Review, iGnant, La Repubblica, Slate, Wired Magazine). More recently, he began exploring the myriad structures of the urban core in series like Towers, Street, Stairwells and Museums. His photographs have been shown at a number of national galleries and venues including the Baltimore Museum of Art; the Delaware Art Museum; The Griffin Museum of Photography in Winchester, MA; The Center for Fine Art Photography in Ft. Collins, CO; The Photographic Resource Center in Boston; and the Houston Center for Photography. 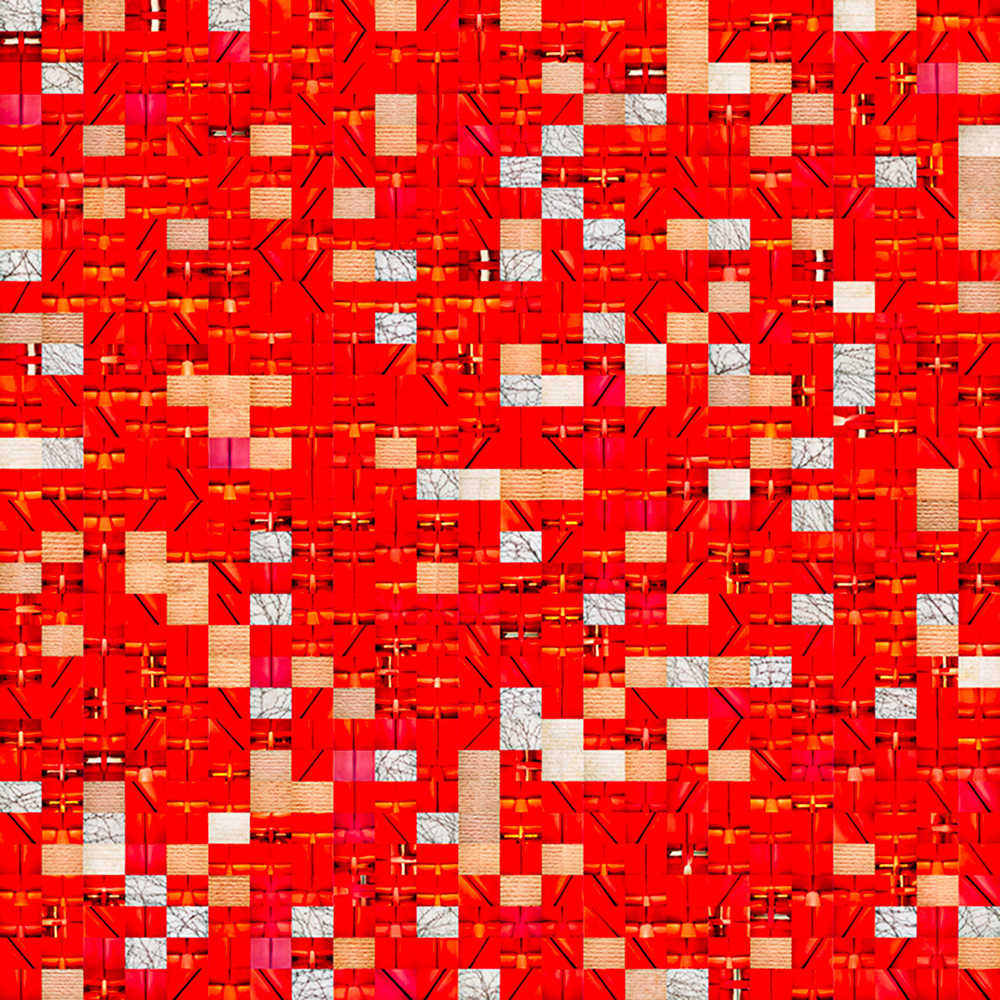 I have been photographing everyday structures for many years: walls, parking garages, office buildings, stairwells, sidewalks, warehouses.  They are not visually appealing. In fact, they are probably invisible to most people who use them on a regular basis. My interest is not in documenting these structures but in extracting certain elements from them to create photographs that describe shapes and forms, patterns, geometry and color.

I began with photographs of walls. At first, these were straightforward pictures in which the walls can be clearly identified. Over time, I expanded the concept to build more abstract renditions of the walls, reducing them to essentially color field studies. This eventually led to my photographing parking garages, office buildings and warehouses in different cities across the country. Here, I opted to create composite grids for each type of structure. Up close, you can see each parking garage or warehouse but, seen from a distance, the grids appear as a series of patterns.

The stairwell pictures became a logical extension of the earlier composite grids, taking advantage of the repetitive and monotonous nature of each stairwell. The making of these pictures presented me an opportunity to make an image out of something that has no inherent aesthetic value whatsoever.

My idea for the museums was simple. I wanted to create a work of art using the basic infrastructure of a building that houses masterworks of arts. I photographed the ceiling lights, hand rails, display cabinets, air conditioning ducts, auditorium seats – anything I could think of other than the actual art hanging on the walls. I then built very complex grids using all of the individual photographs, thus presenting a virtual deconstruction of each museum. – Ben Marcin, 2017 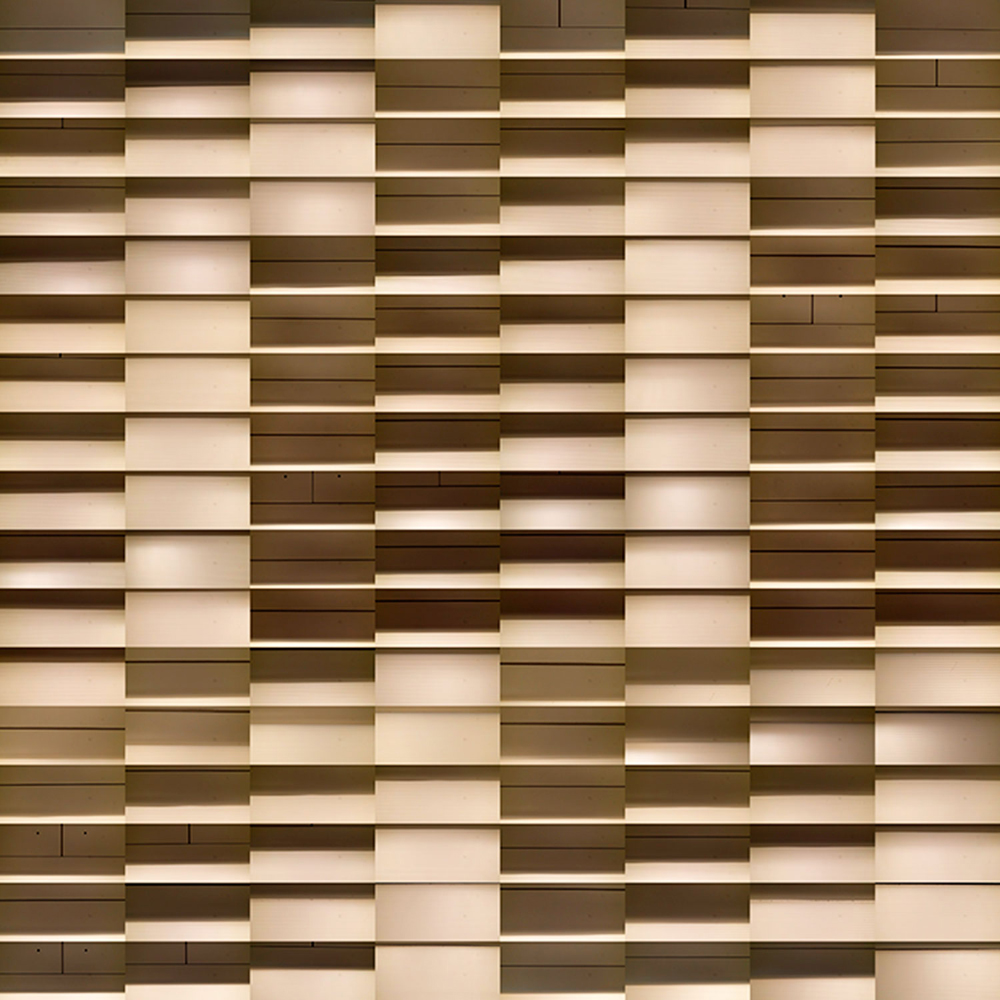 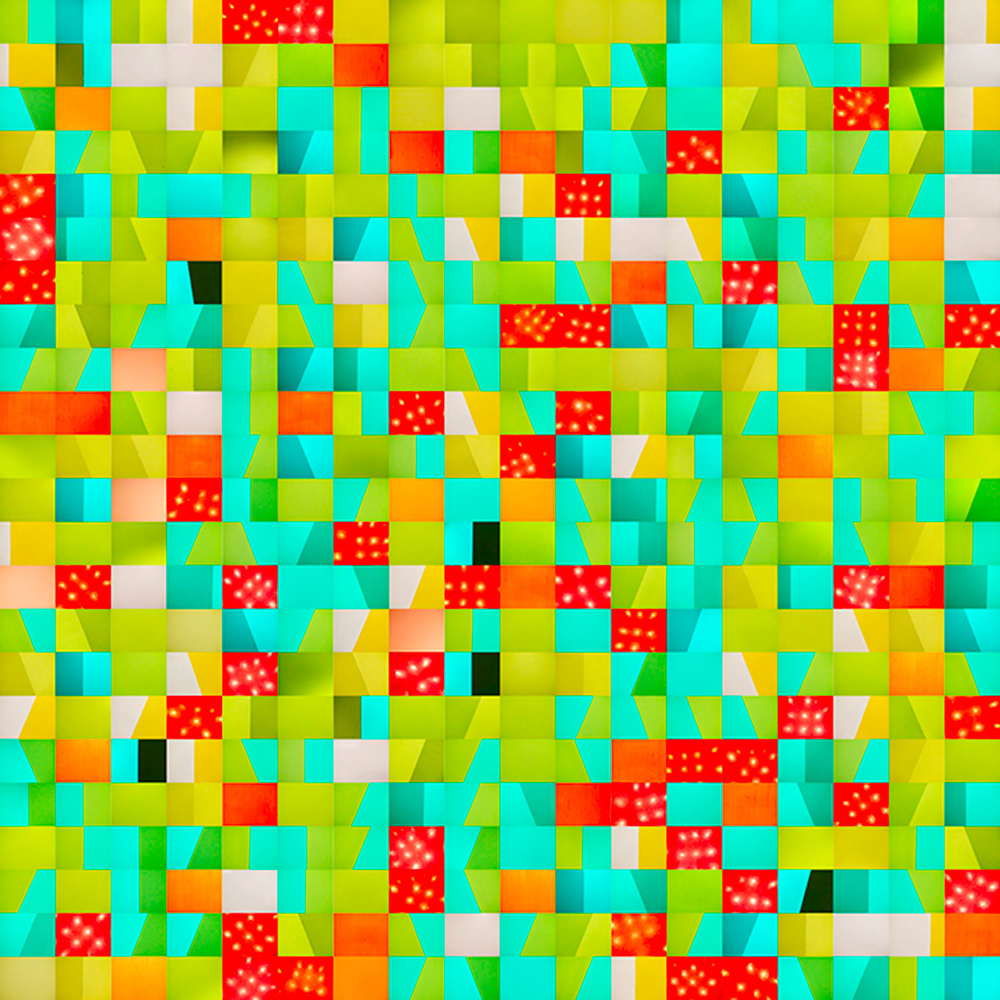 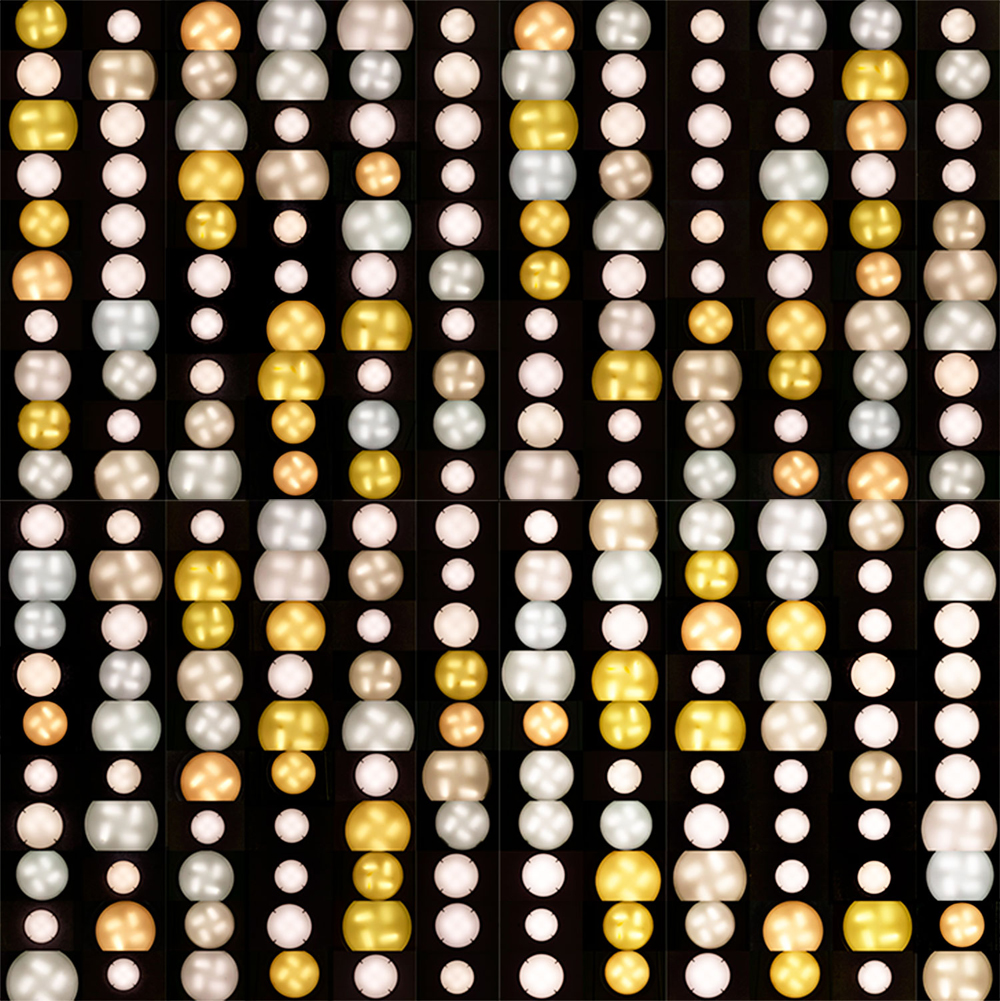 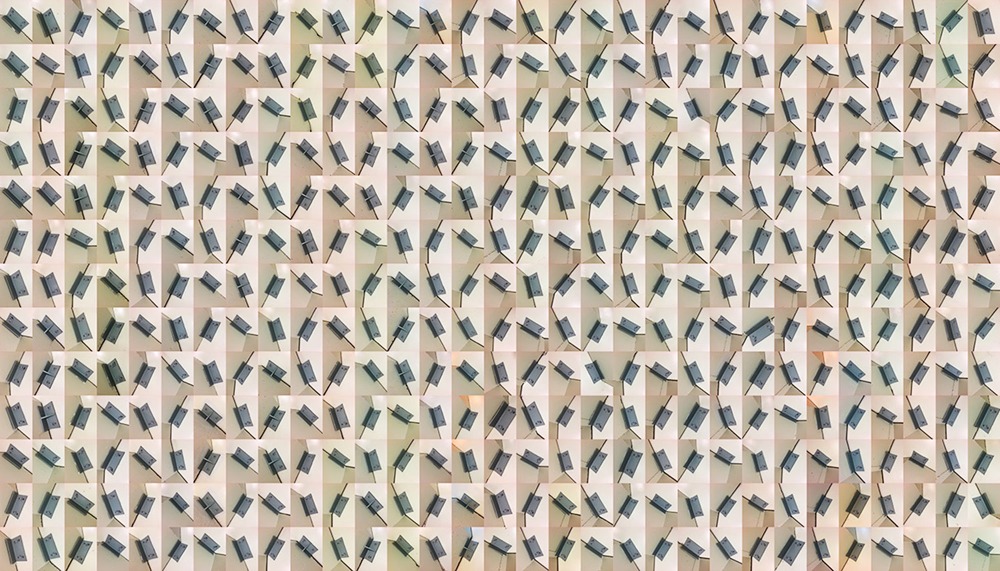 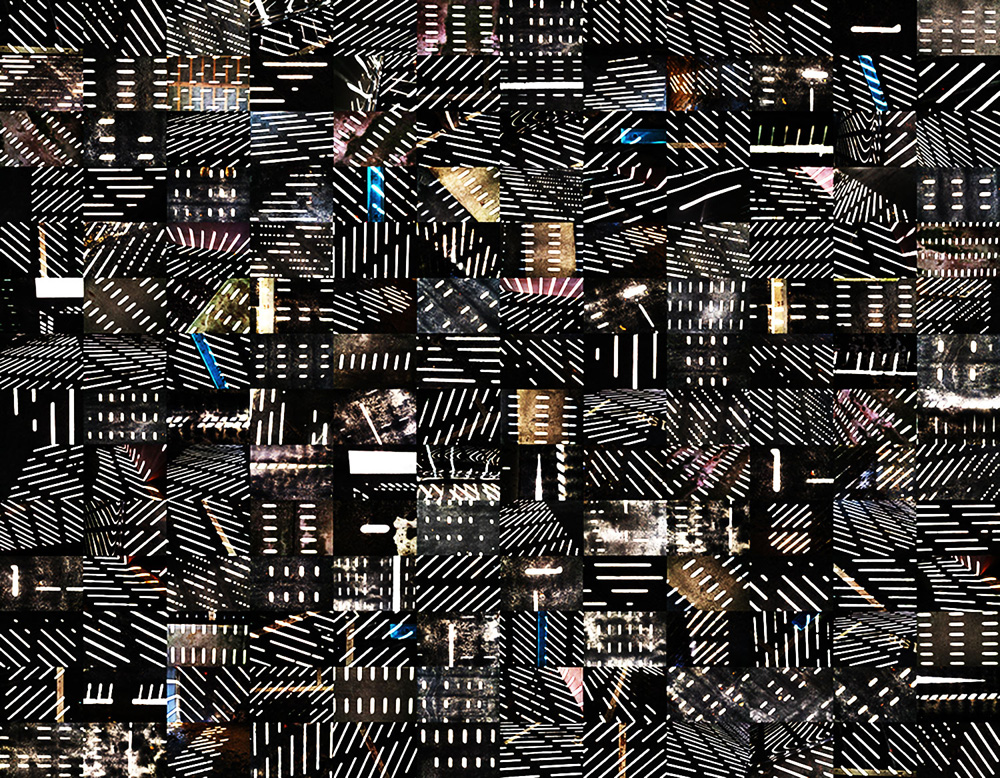 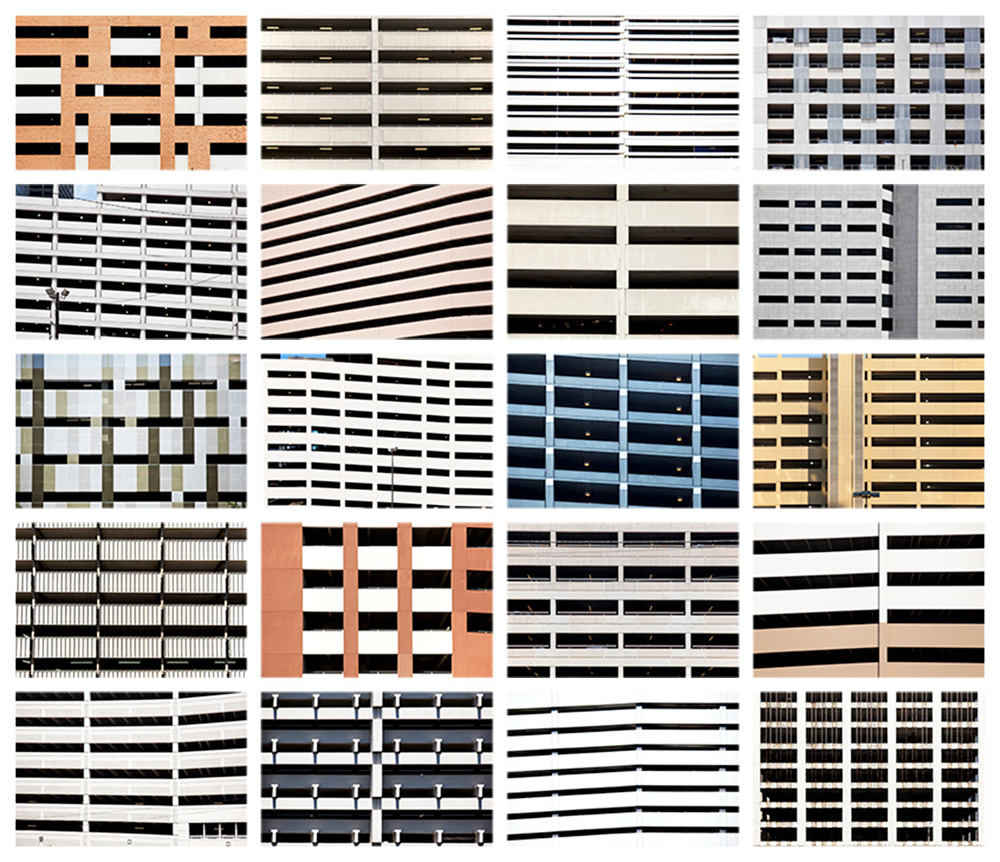 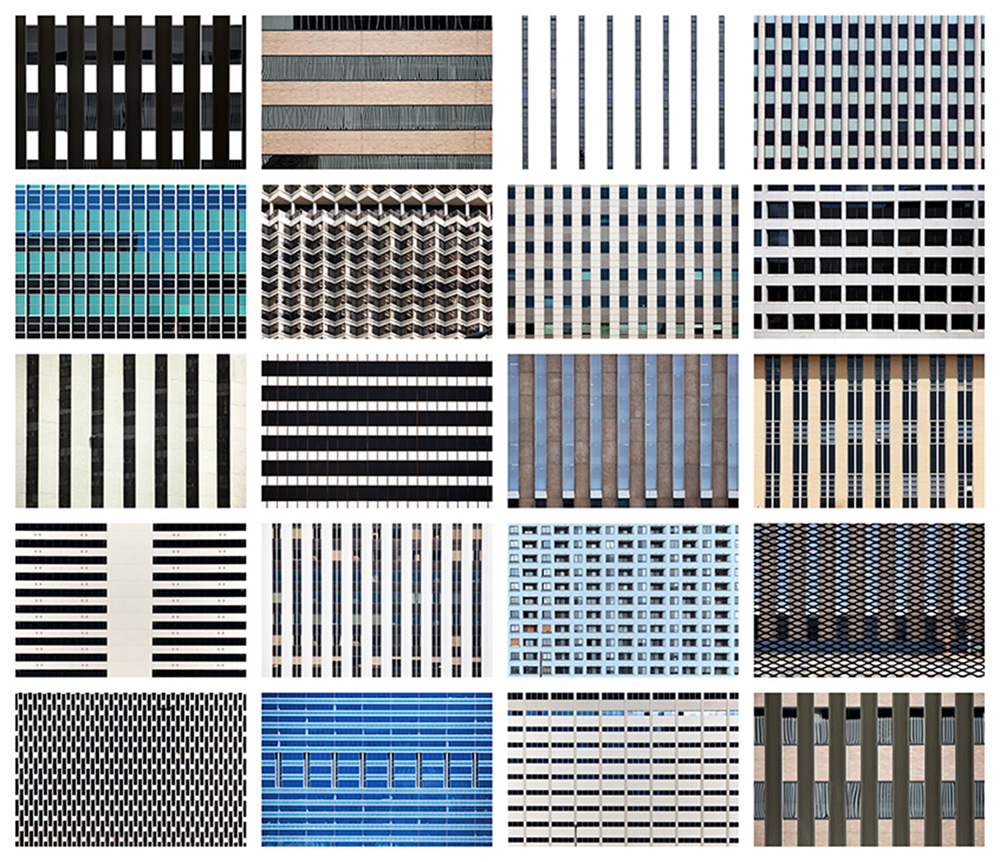 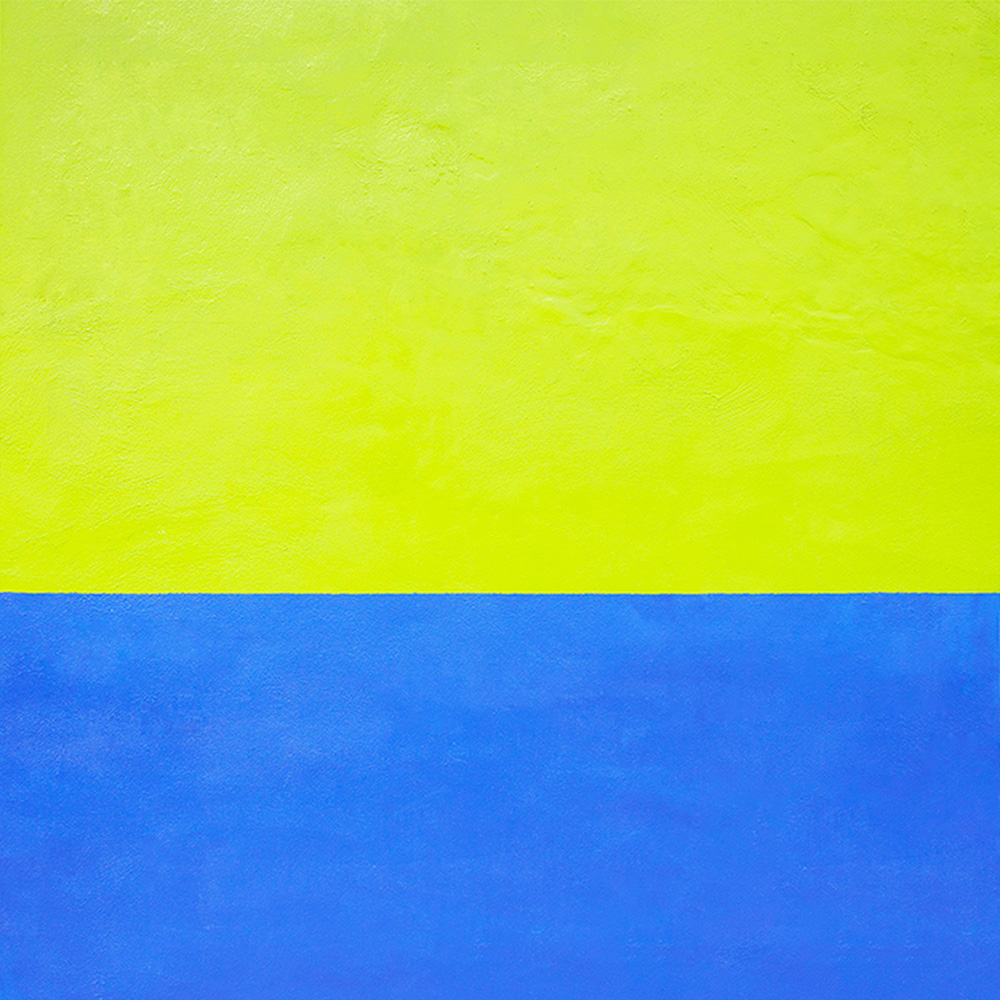 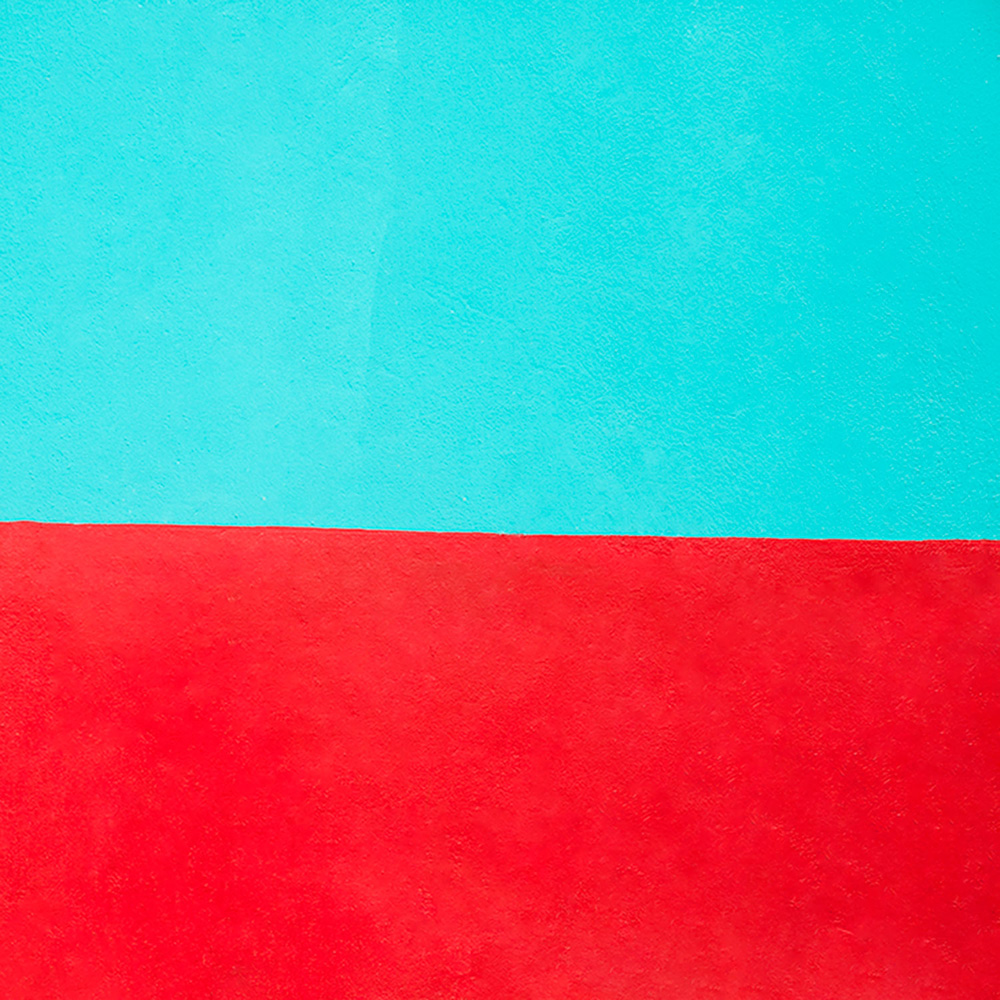 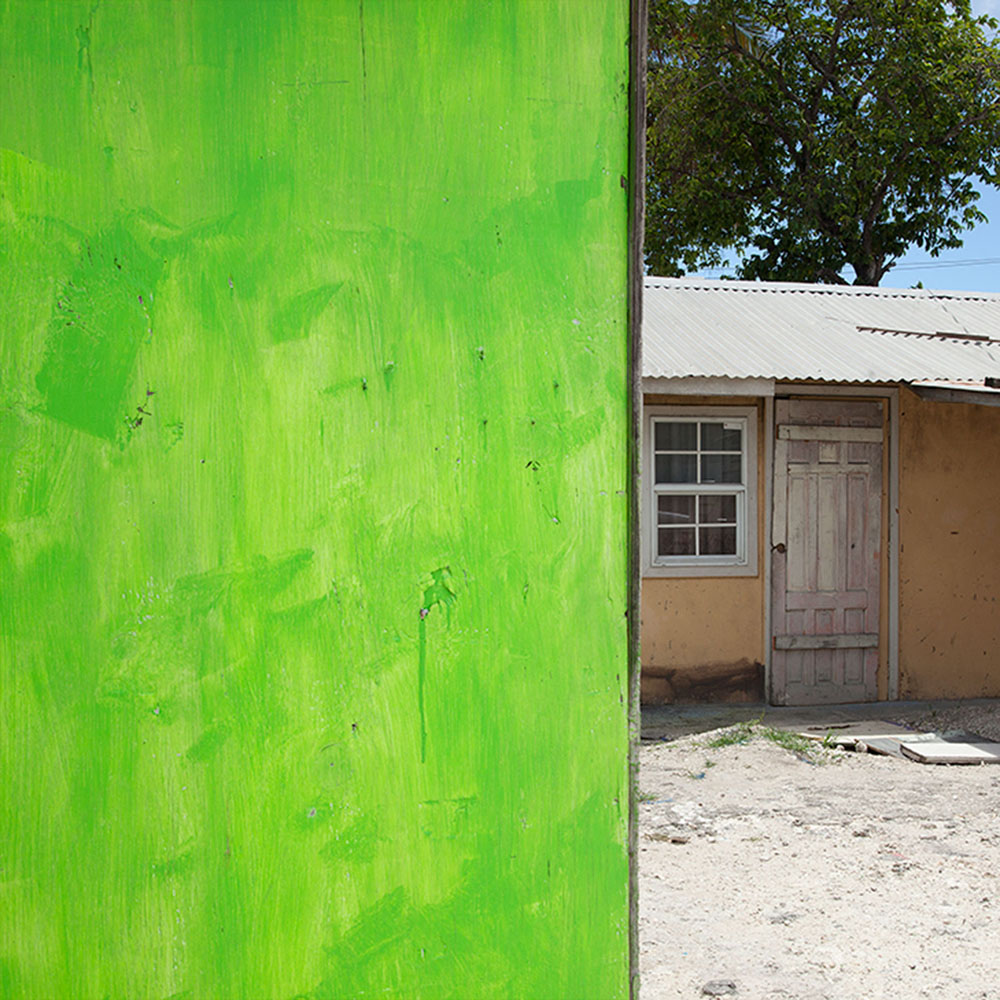 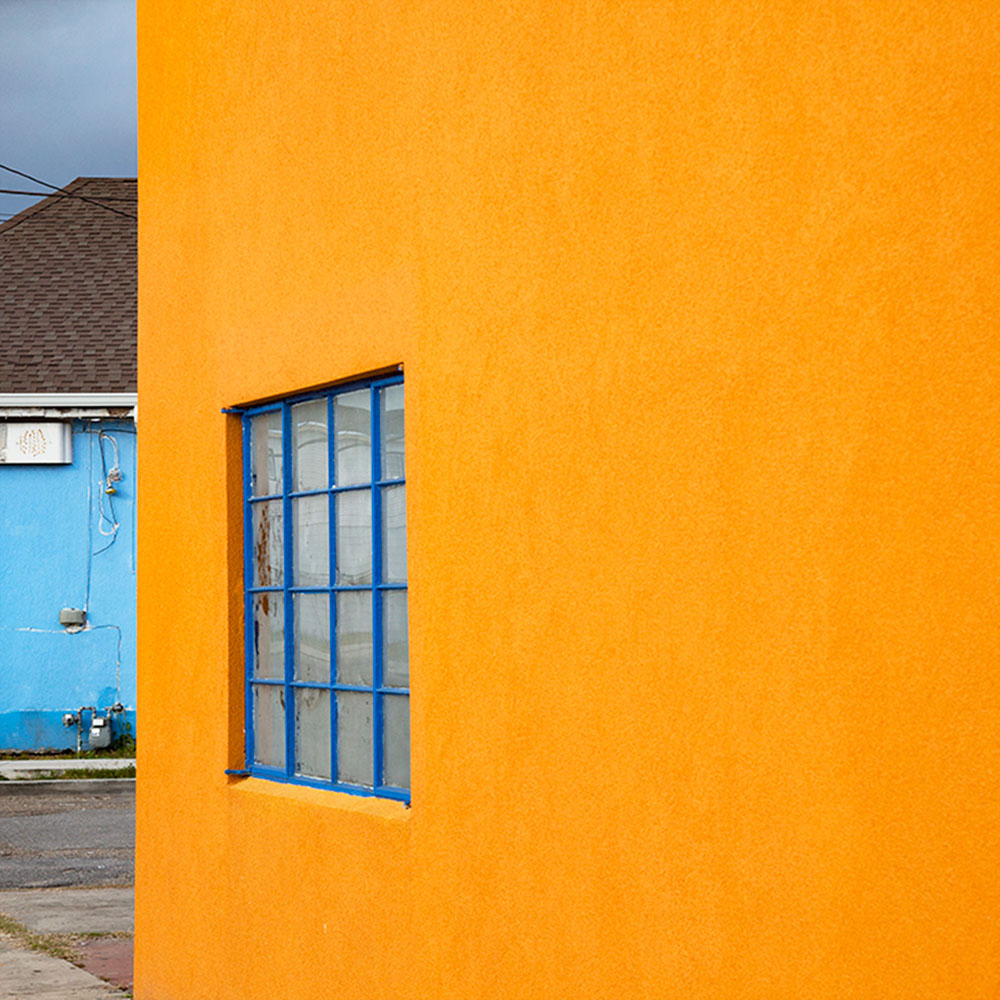