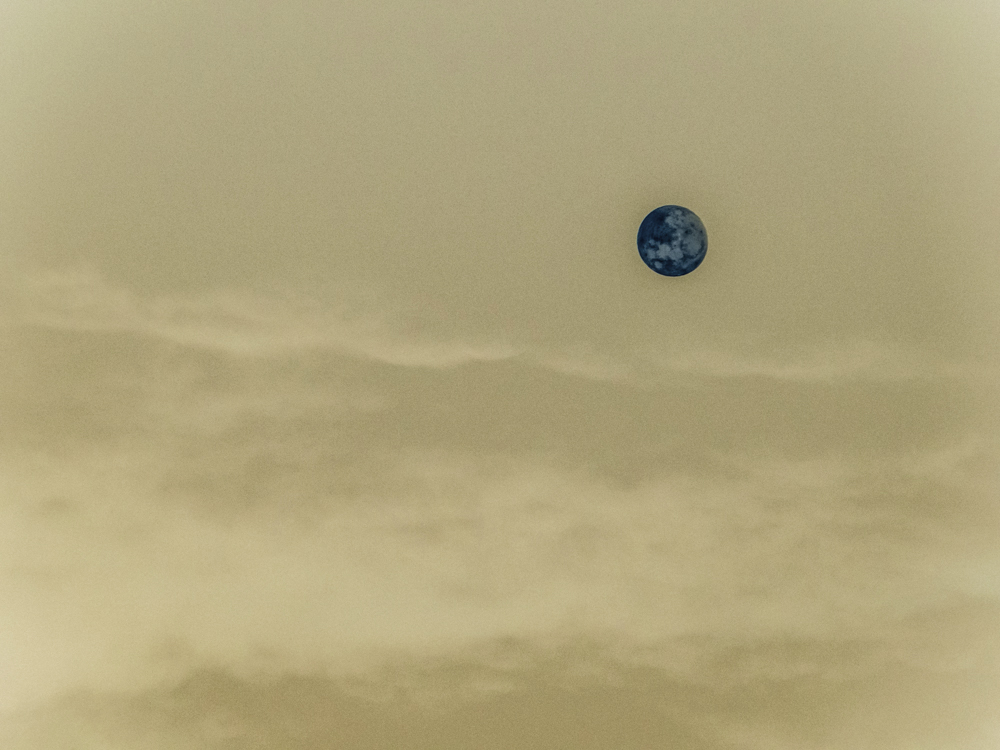 Dawn Watson is an artist and activist based in Hastings, NY. From her previous days as a dancer and choreographer, she has transitioned her creative expression toward visual arts, specifically photography.

In her series Message from GRACE: Imaginings of an Altered World, science is used as a launching board in which to offer an interpretation of the state of our planet, one that reflects Earth in transition. The data that influenced this project was derived from NASA’s science mission, known as GRACE, which stands for “Gravity Recovery and Climate Experiment.” Having completed its 15-year satellite mission in 2017, the data collected is helping scientists to track changes in our polar ice sheets and provide estimations of global groundwater.

Message from GRACE: Imaginings of an Altered World represents Watson’s personal response toward this objective data. Although the photographs are connected to science and technology, the viewer is also presented with subjectivity, photographs of our natural world that have unfamiliar and otherworldly qualities. Watson challenges the viewer with polarities – using metaphors to challenge the unseen.

Dawn Watson is an artist and activist. Her work examines the fragility of both the natural environment as well as our relationship to it and to each other. After twenty-five years as a dancer and choreographer, Watson transitioned to photography, finding affinity in the visual storytelling offered by both live performance and the captured image. She has exhibited her photographs and artist books throughout the United States including The Griffin Museum of Photography, Albrecht-Kemper Museum, Tilt Gallery, Tang Museum, and a solo exhibition at the Los Angeles Center for Photography.

…“the places are what remains, what you can possess, are what is immortal. They become the tangible landscape of memory.” Rebecca Solnit, The Field Guide to Getting Lost

Earth’s axis tilts, gravity pulls, seasons shift, ice melts, flooding waters rise, or the earth is left parched. The natural world changes beyond recognition. Human activity contributes to these seismic shifts in Earth’s mass and atmosphere. Heightened awareness of our ever-changing world leaves bodies and spirits under stress from this increased vulnerability. Adapt and change to a new way of being or turn a deaf ear and a blind eye to the comprehensive observations from elders, science and experience warning of the consequence of denial.

This body of work is an intuitive response to the purpose and results of NASA’S GRACE satellite missions. We live in surreal times, I was moved to re-examine my landscape archives asking how could these landscapes reflect this altered reality. These twin satellites, two bodies in constant motion, dance a back and forth duet. The distance between these partners is measured by microwave sound, signaling gravitational shifts of water and mass. Message from GRACE interprets the potential effects of these seismic shifts, offering an inverted reality, present but not yet seen. Delicate details or vast landscapes are familiar yet strange, holding both beauty and decay, alarm and possibilities. How to make sense of our off-kilter world? How can we shape our near and distant future?

“NASA’S GRACE Mission satellites, (Gravity Recovery and Climate Experiment) relay data that has transformed analysis of changes in the Earth’s system. GRACE-FO, scheduled for launch in late 2017, will continue the work of tracking Earth’s water movement to monitor changes in underground water storage, the amount of water in large lakes and rivers, soil moisture, ice sheets and glaciers, and sea level caused by the addition of water to the ocean. These discoveries provide a unique view of Earth’s climate and have far-reaching benefits to society and the world’s population.” https://gracefo.jpl.nasa.gov/mission/overview“

GRACE and GRACE-FO is a joint partnership between NASA and Germany’s Space Program. GRACE-FO is now scheduled for launch in early 2018.  Jon Gertner’s recent article www.nytimes.com/2017/09/12/magazine/what-could-we-… offers in-depth background supporting the need for continued support of the GRACE mission’s data-gathering regarding climate change. 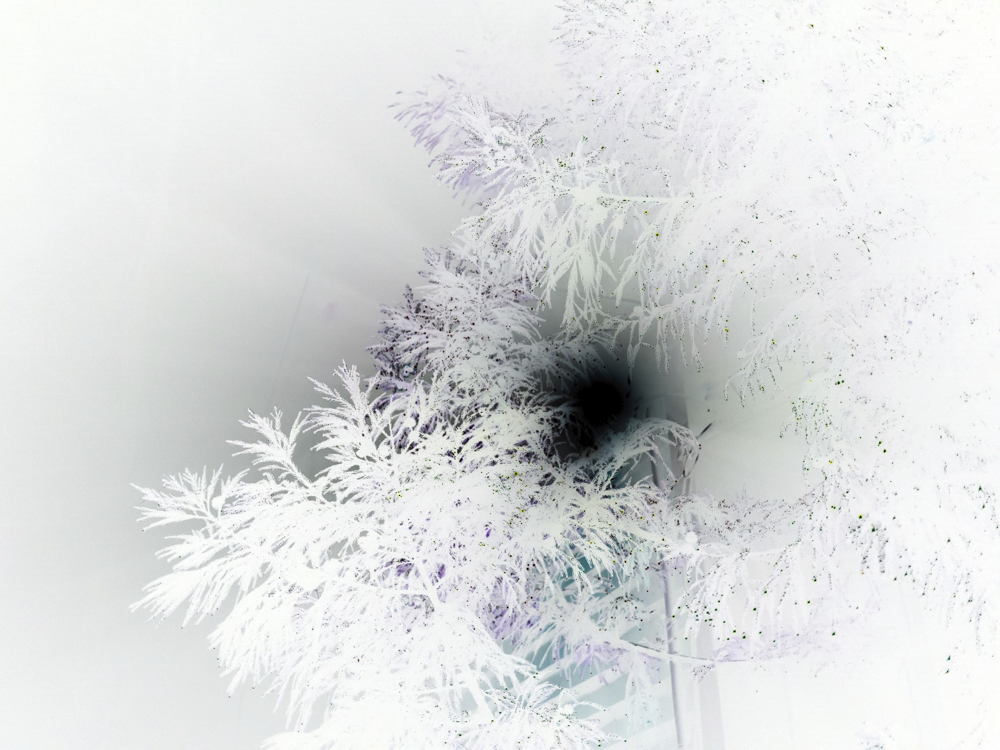 ©Dawn Watson, White Out, December 17, 2015, Draper Ridge, Hastings on Hudson, NY All is white, but for a blackened sun and refractions of color along the vulnerable edge. Extreme weather events increase in severity and frequency, climates invert and masses migrate to find fertile land. 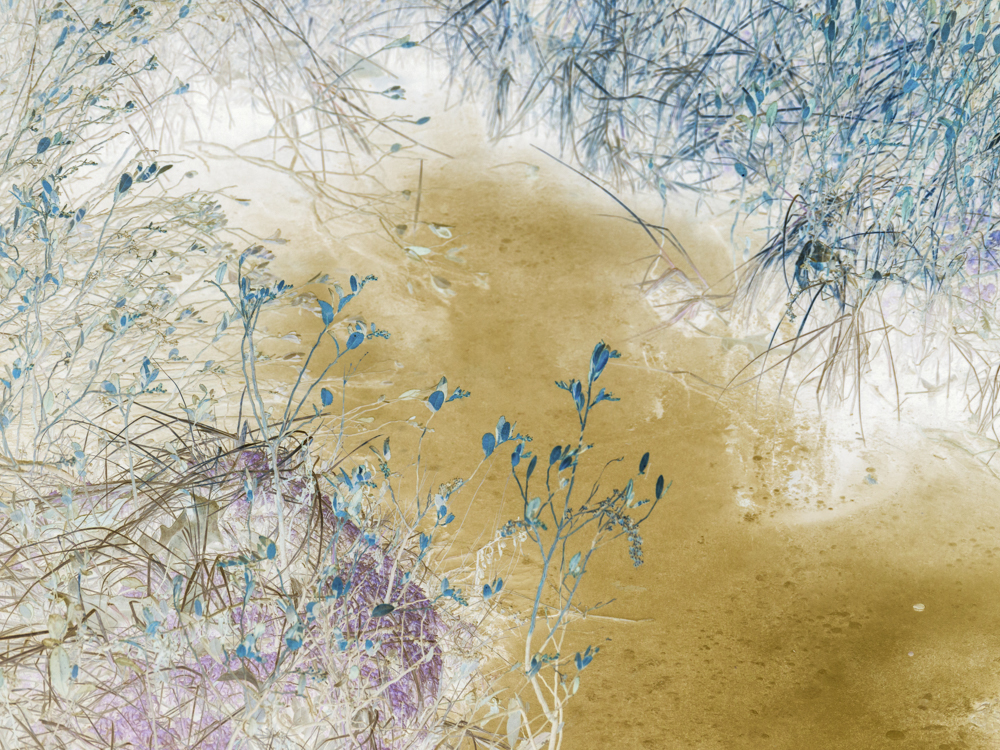 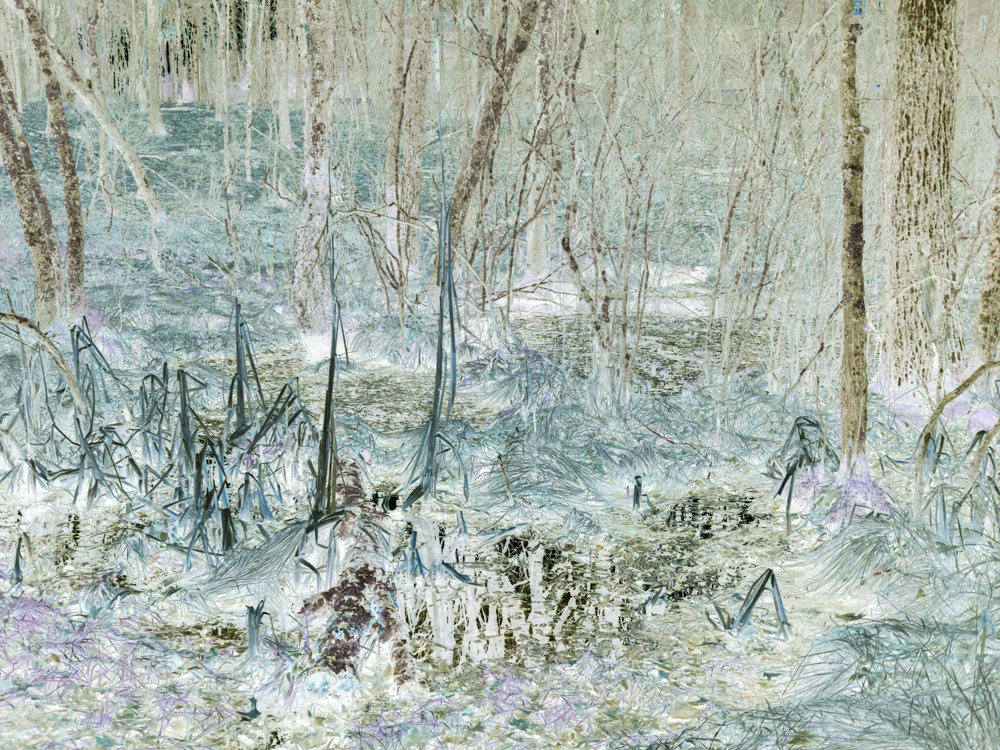 ©Dawn Watson, Surrendered, December 26, 2014, Lake Teedyskung, Hawley, PA Is this a surrender to the changing season or photosynthesis run amok? Off-note greens and blues color the reeds and marsh. Will plants’ chlorophyll still serve as antidote to immune systems under stress? 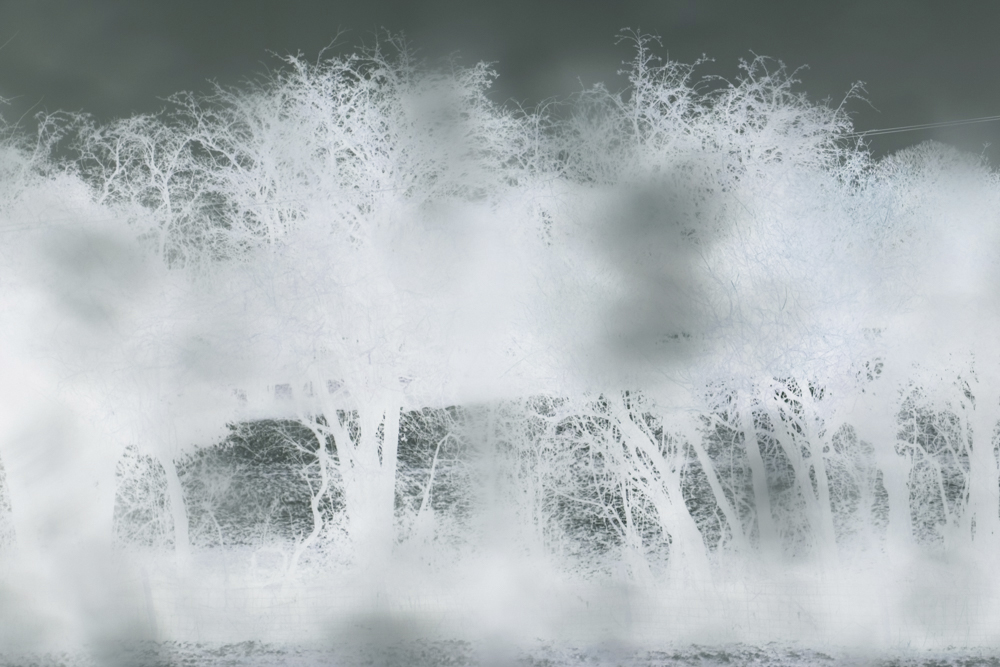 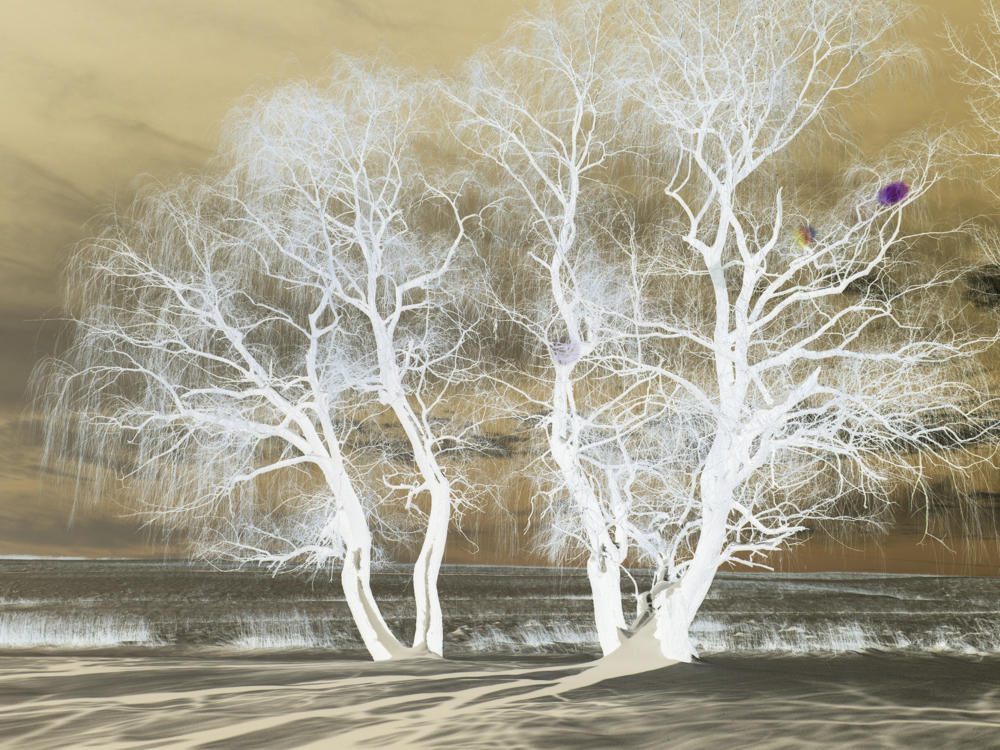 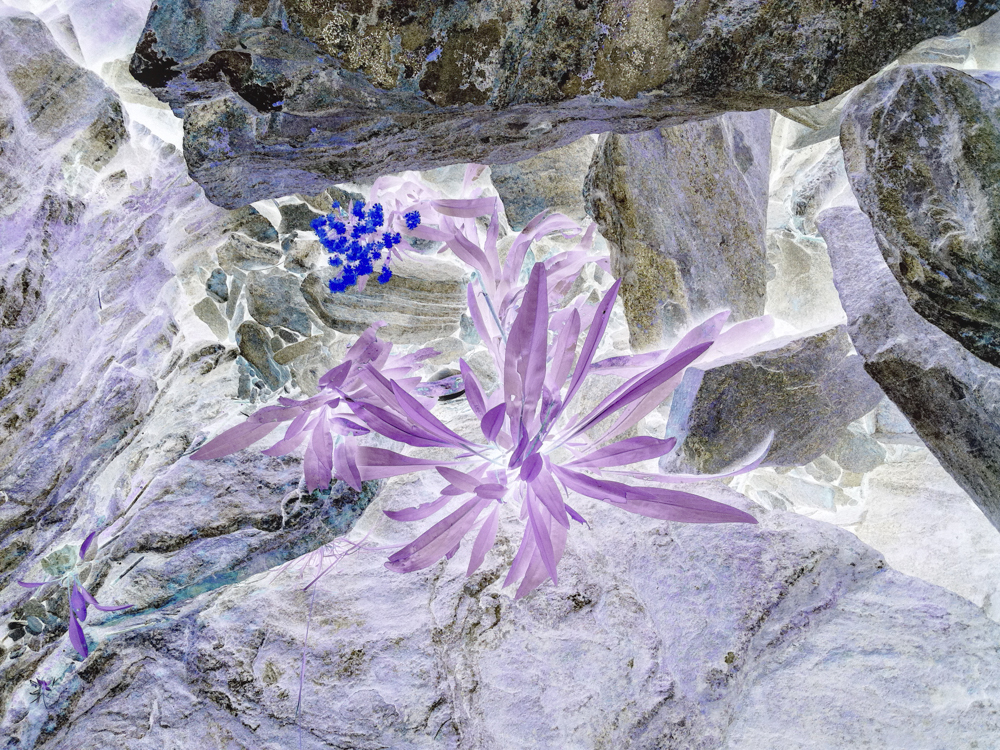 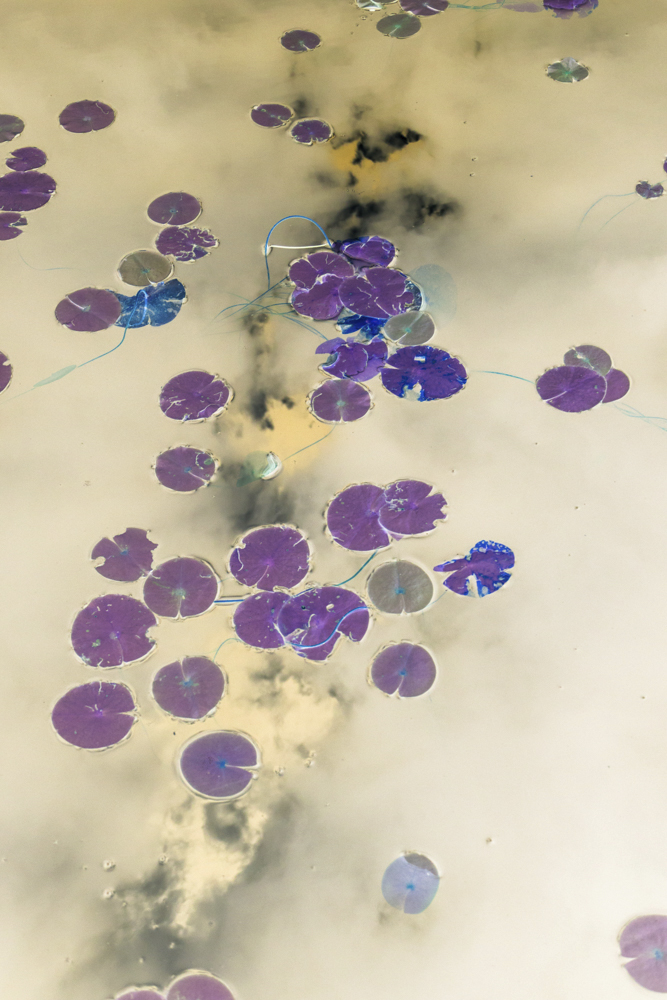 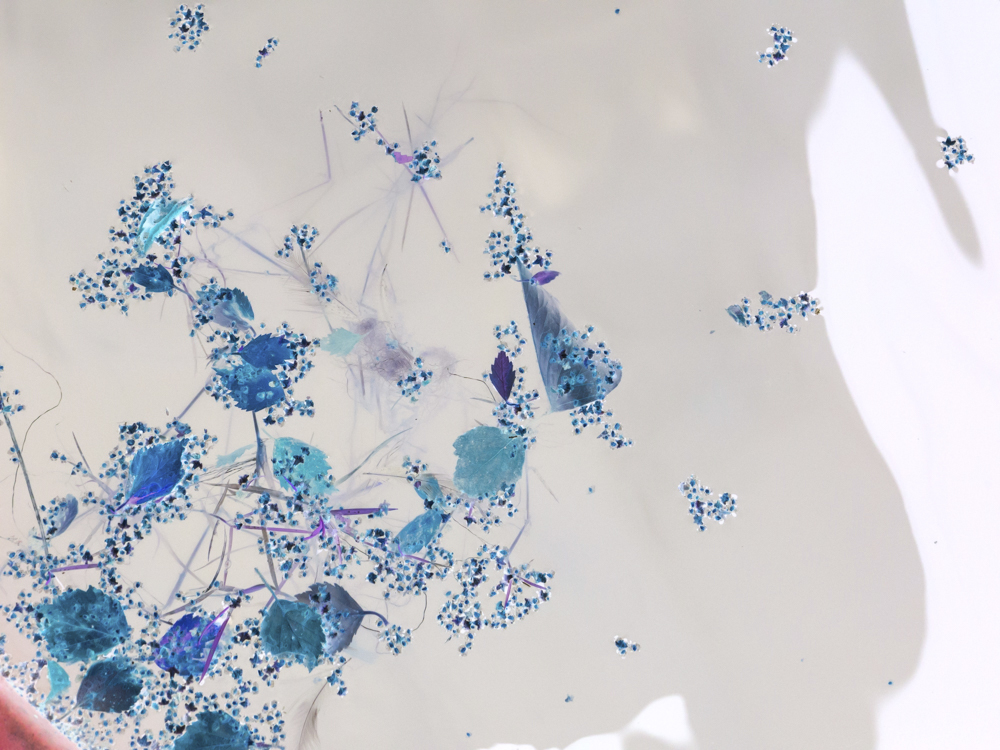 ©Dawn Watson, In the Belly of the Beast, August 27, 2015, The Curragh, Co. Kildare, Ireland Crops are harvested and shared in newly blended communities, redesigned by changing times. Sustenance from diverse food sources feed our bodies and our souls. 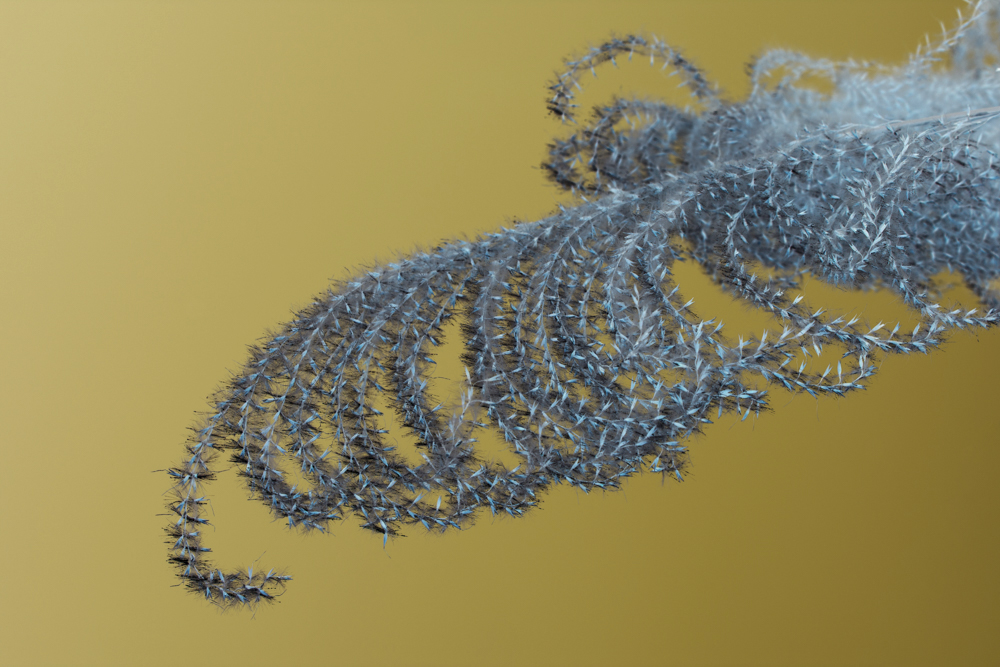 ©Dawn Watson, Invading Beauty, January 13, 2011, Draper Ridge, Hastings on Hudson, NY The beauty of this common grass is more than skin deep. It offers potential adaptation from traditional uses in Asia for forage, building materials and as a source of biomass. 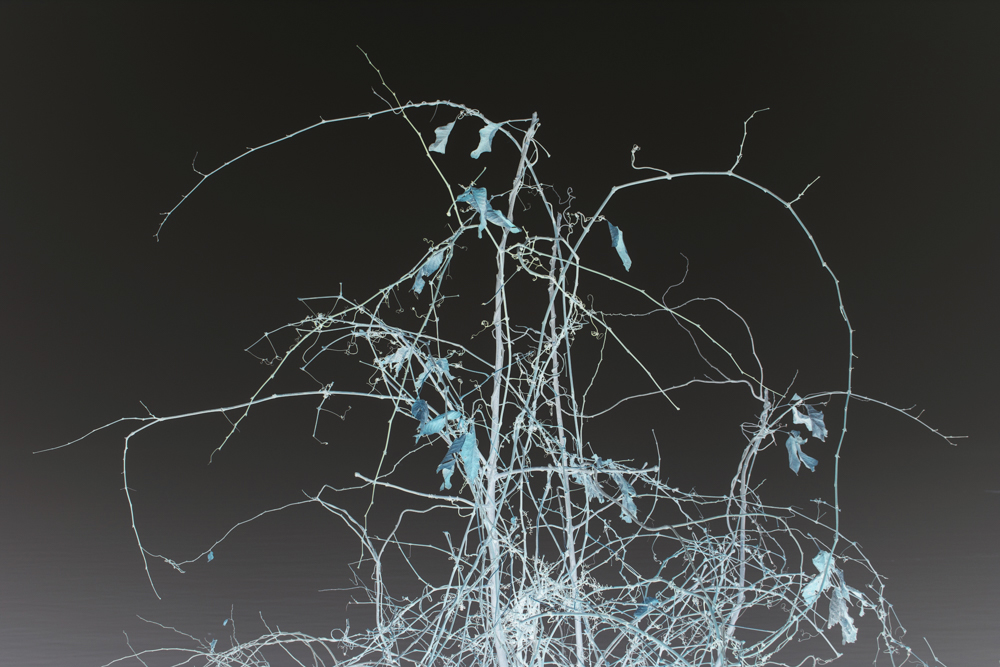 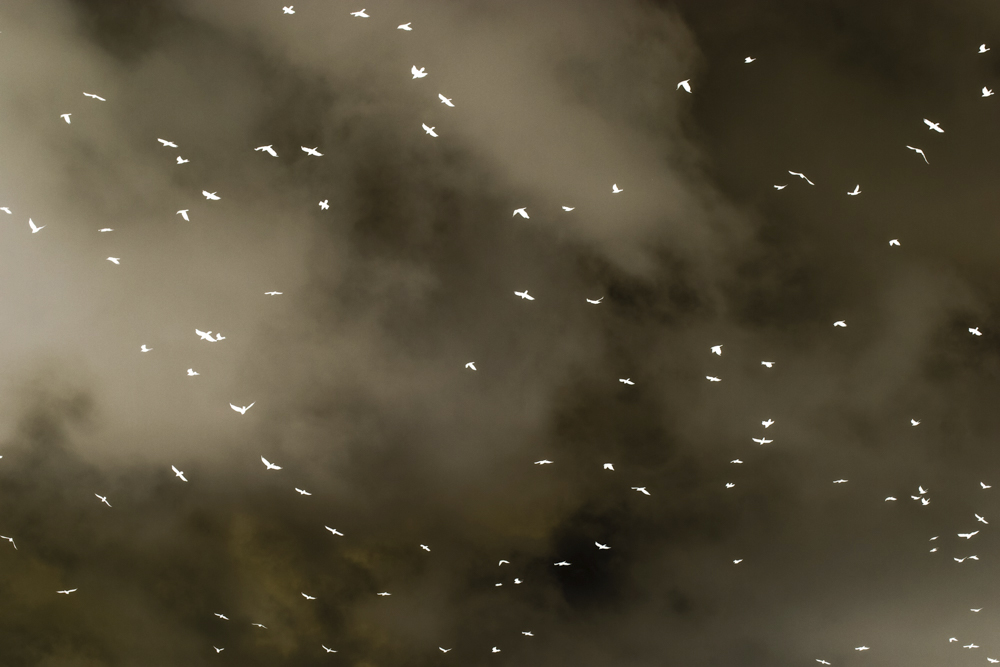 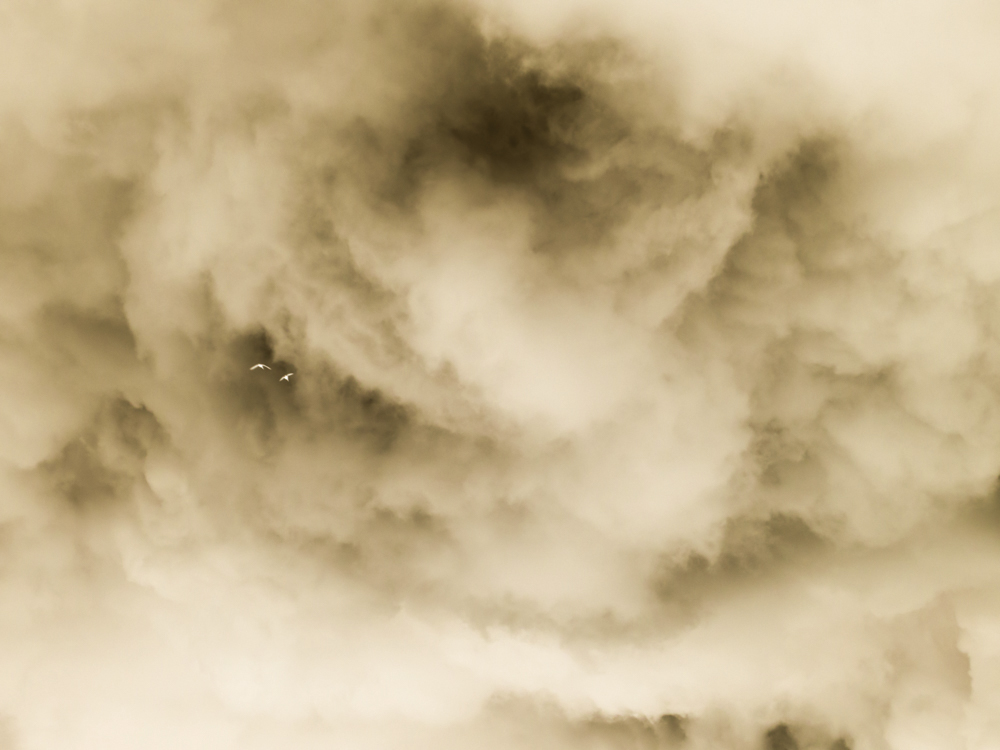 ©Dawn Watson, Updraft, July 14, 2013, Newburyport, MA Looking up, drawn to watch as to an emergency. Extreme weather events, appearing as if out of nowhere, increase in frequency and severity, creating a vortex of wind and rain at a magnitude previously unknown. 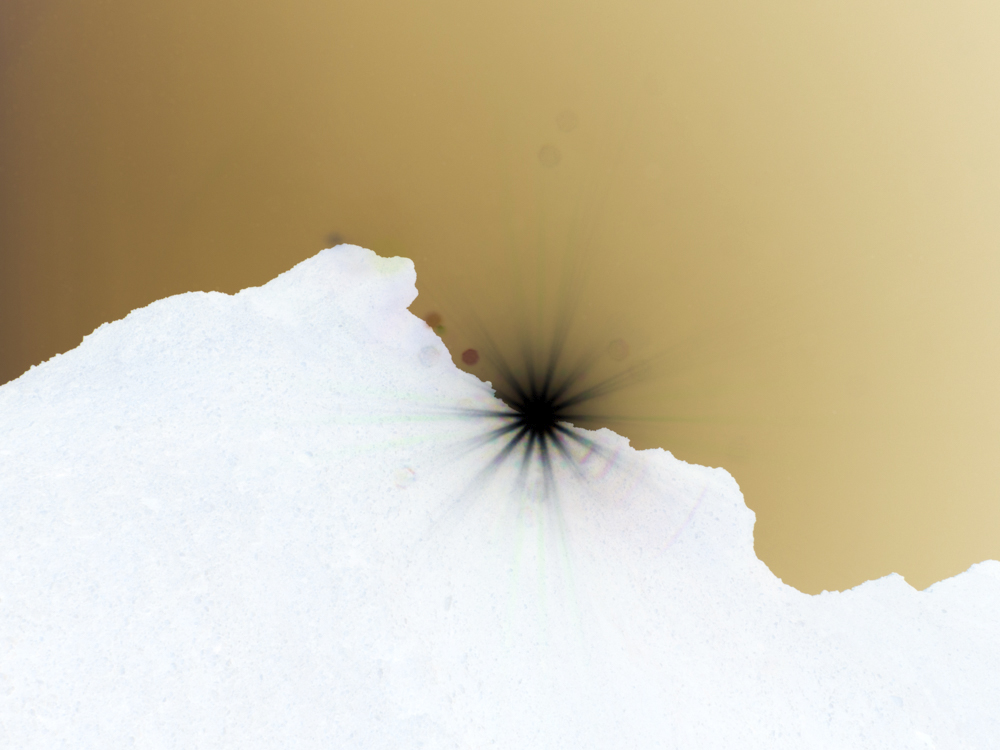 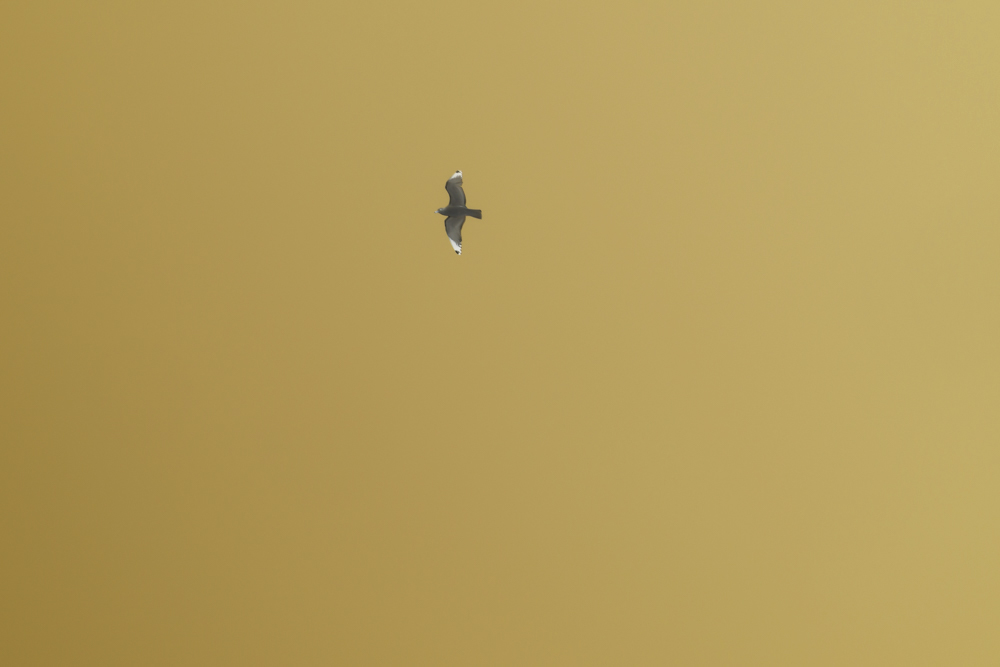