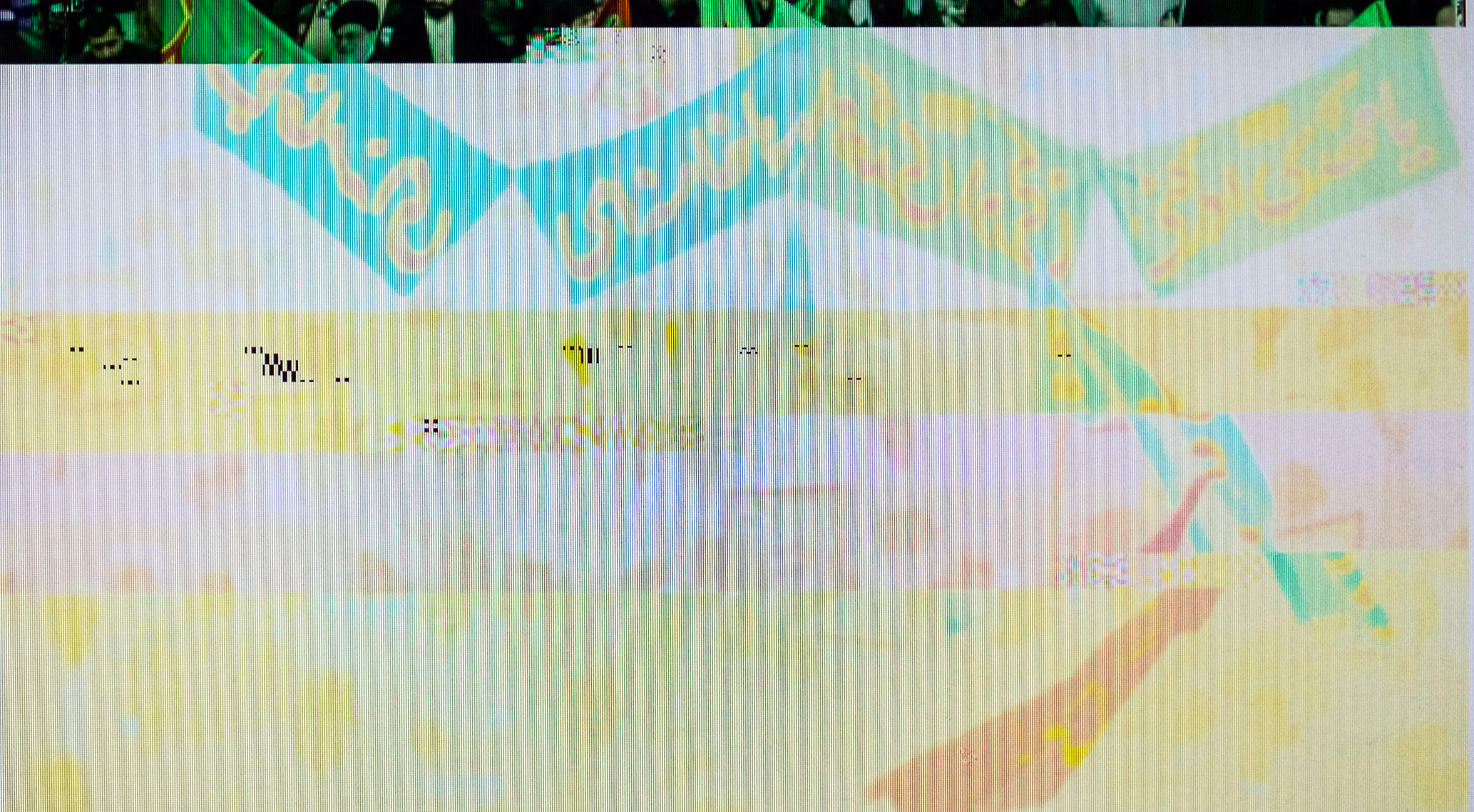 Hamed Jaberha is a visual artist and his artistic activities are related to his experiences which are art photography, video art and installation. In recent years he has presented most of his ideas in installations which have included various media, but mainly his series are either created or influenced by photos.

In his works a close connection between image, imagination, history, politics, philosophy, and society could be seen.
Concepts are of high importance in his artworks. He has been interested in rotten textures, broken parts, the shape of body spots, wounds and cuts, frictions and gravity and distortion. Nearly all his collections are based on these concepts. Also, he has been interested in using natural materials depending on his idea or his installation.

Hamed Jaberha was born in 1984 in Qazvin; he has been working as a graphic designer for 17 years. He started designing after graduating from art school in 2000. He has worked as an art director for different cultural magazines since 2009. Jaberha is a visual artist and his artistic activities are related to his experiences which are art photography, video art and installation. In recent years he has presented most of his ideas in installations which have included various media, but mainly his series are either created or influenced by photos.

As a Middle Eastern citizen, he is inspired by his daily personal experiences. It is to be mentioned that he has deeply been engaged with the cultural, historical and artistic origins of his country.

He has held 3 solo exhibitions in Iran and he has participated in many Photography, video art and interdisciplinary art group exhibitions in Iran, Poland, Japan, England, Czech Republic, Russia, Turkey and Bangladesh. His works have been published in several magazines and books all around the world 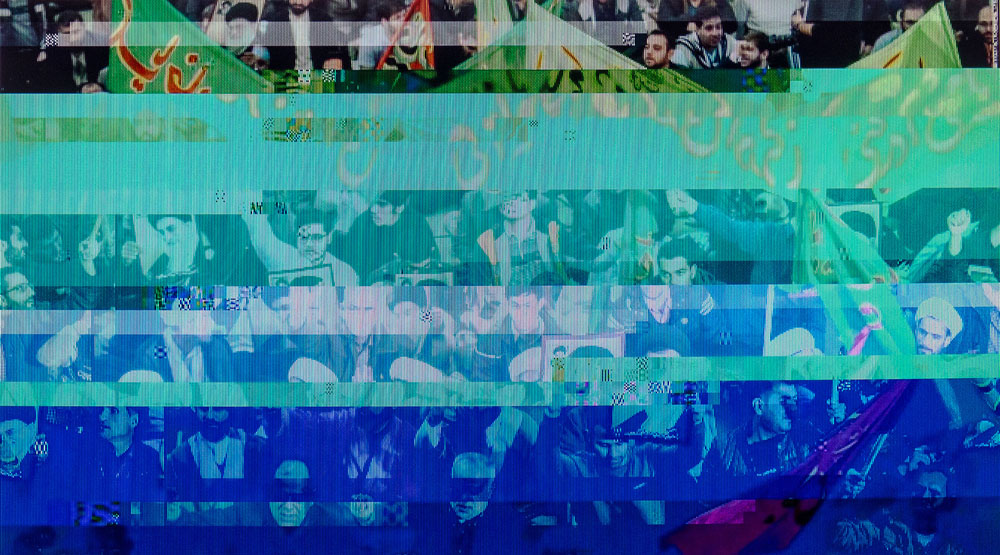 In my previous collection, I worked with the concept of decay. For this project, I wanted to consider the meaning of decay as a historical narrative. The image as document – replacing or aiding our memory – perishes in its own particular way.
As a photographer, I have of course become used to seeing my photos age and get paler until they finally evaporate. Digital photos, however – and indeed any ‘glitches’ that they contain – tell a different story, one, perhaps, of a fragmented reality. There is something in this concept which I find evocative of my memories of the history of my home country of Iran.

I don’t remember Iran, for example, as simply a pale brown image, let’s say, one that can be deciphered if one simply pays enough attention to the details. I see, instead, fragments, a history of separate movements. Uprisings, for example, or marches; revolution too of course, and all of them seen as fragmented pieces that sometimes are so scattered that they cannot translate satisfactory into a coherent whole. 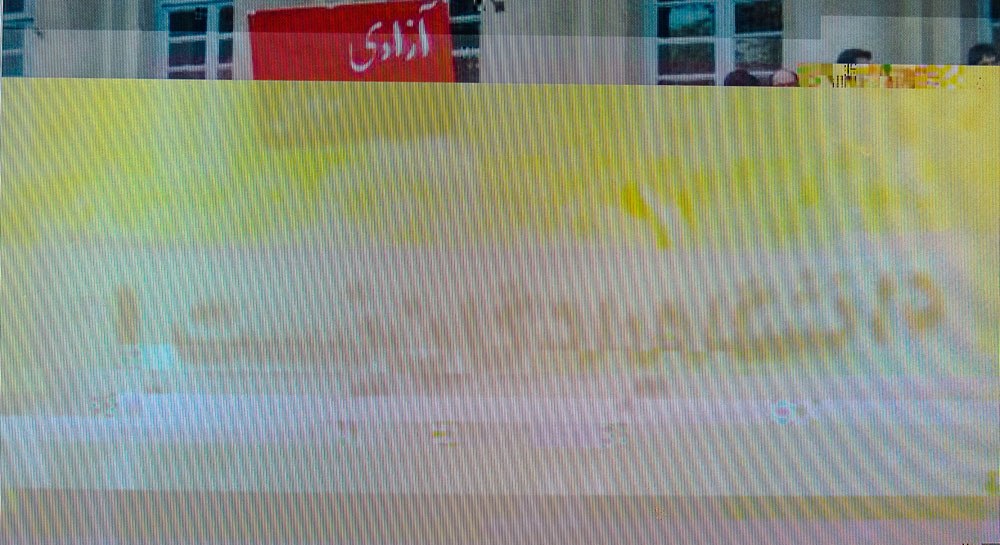 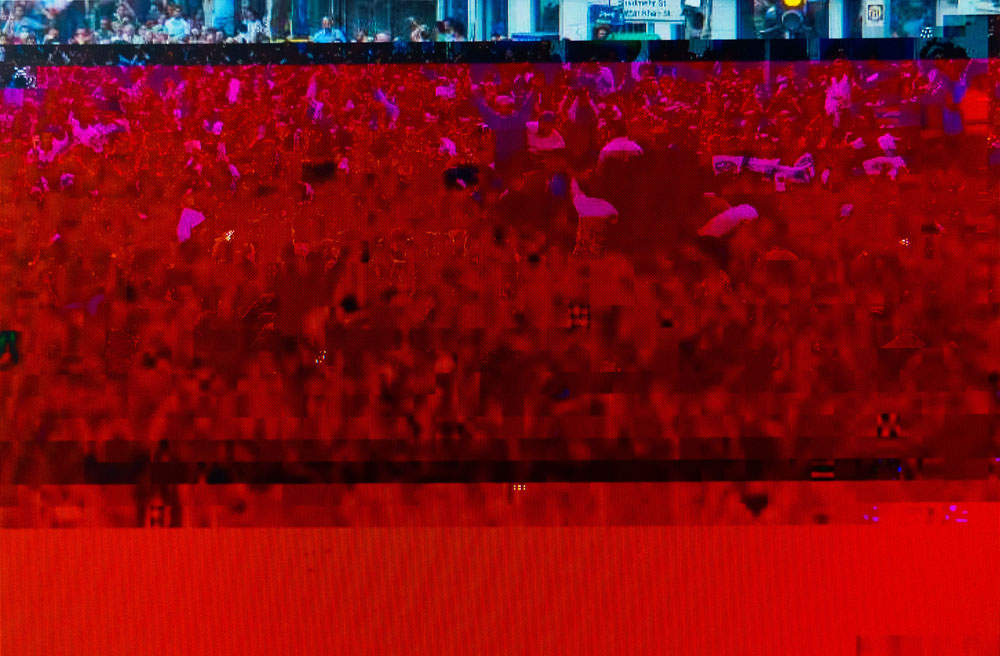